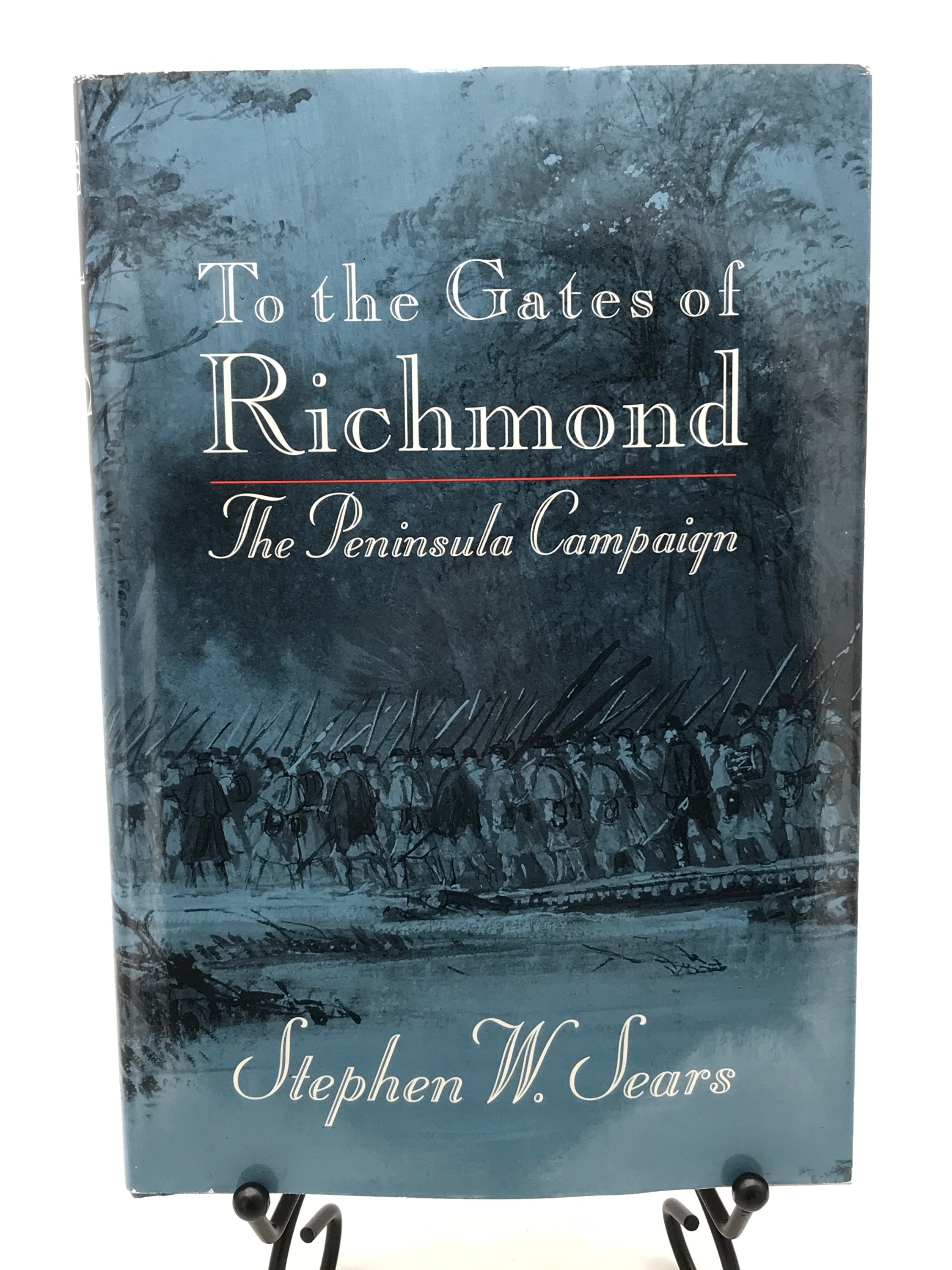 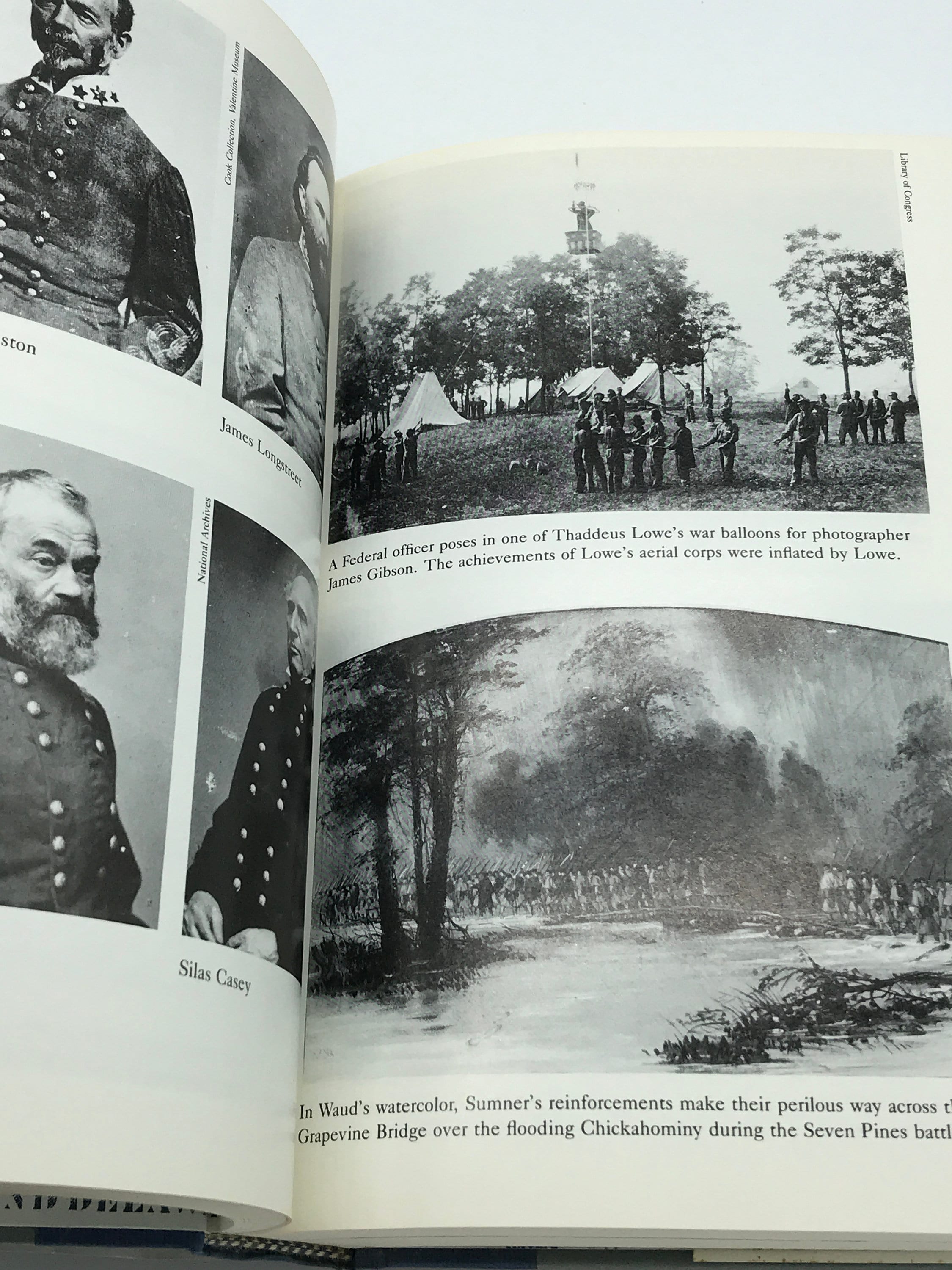 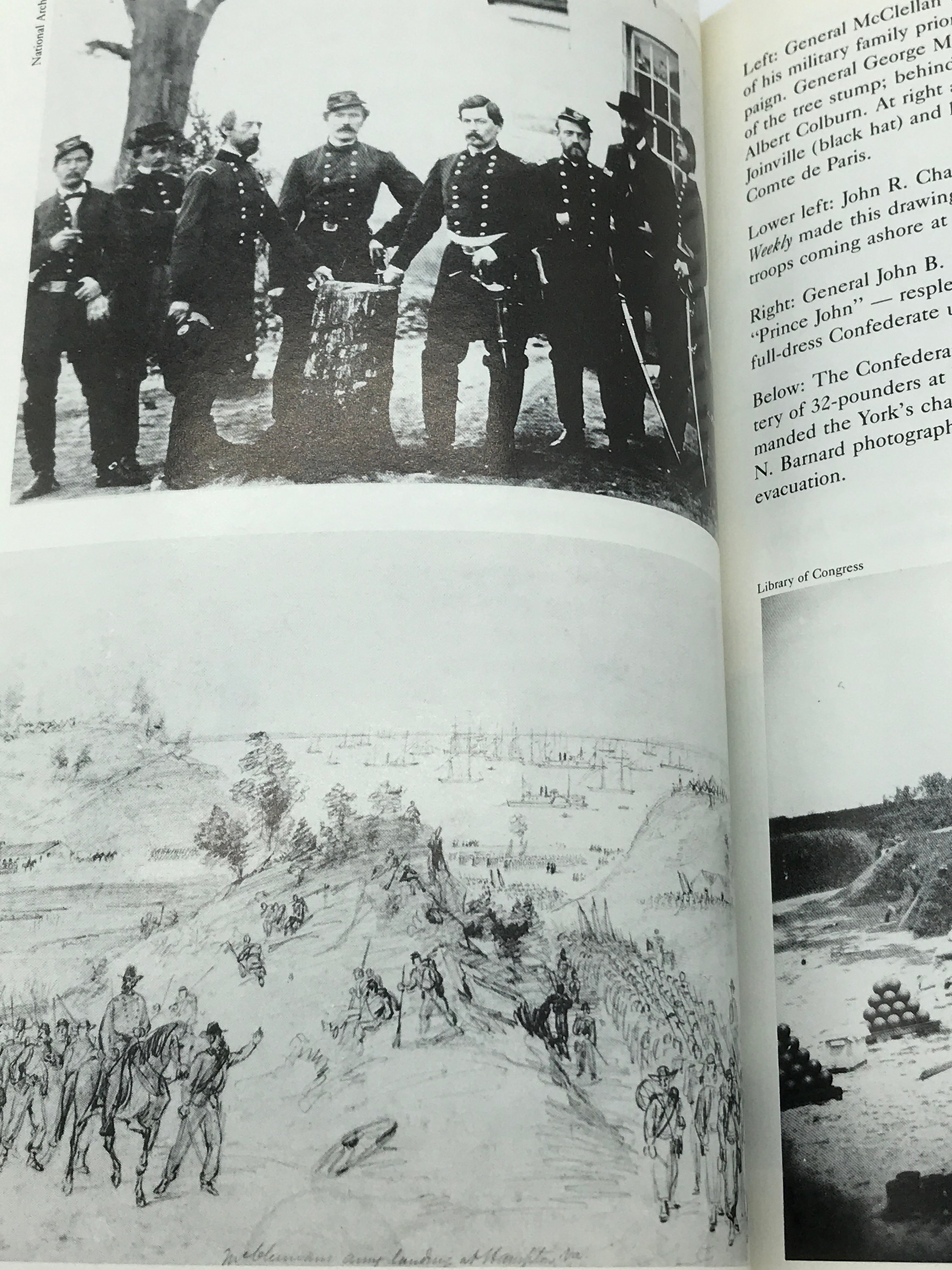 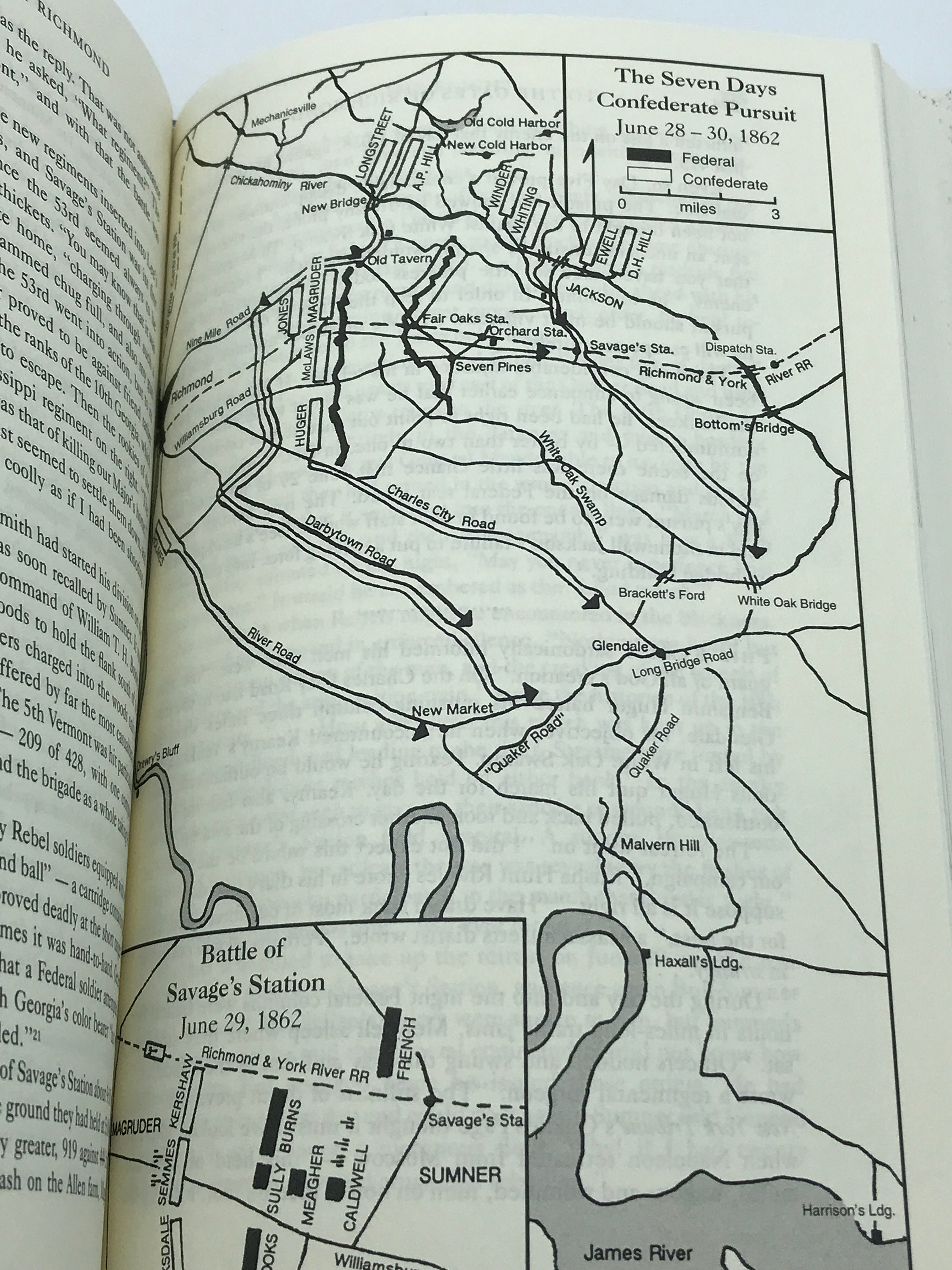 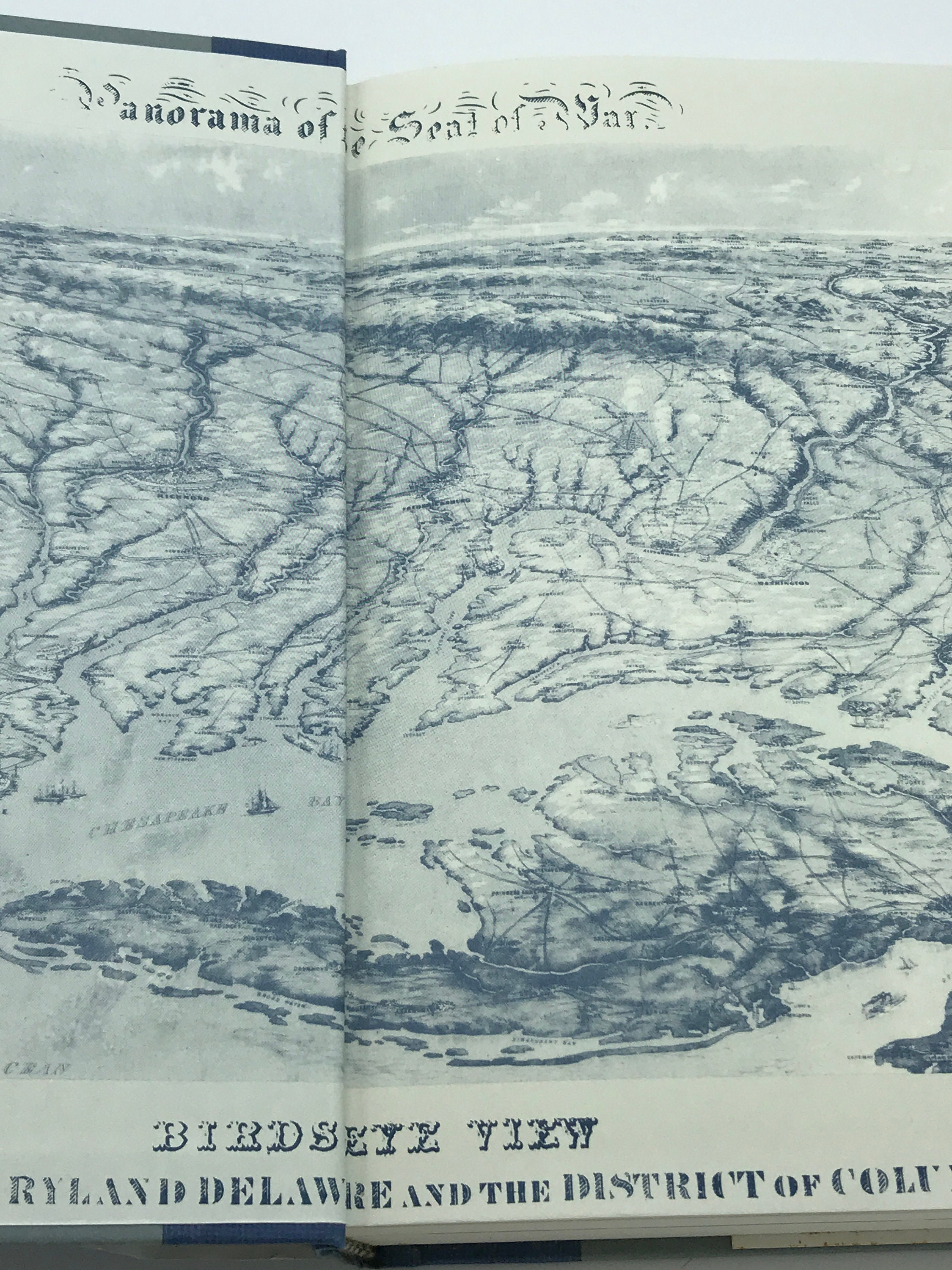 The The Gates of Richmond The Peninsula Campaign by Stephen W. Sears

This is a very good hardcover with dust jacket. 1992 Ticknor & Fields Publishing. It is crisp and clean, unmarked inside. Pages inside like new. Binding tight and straight. Dust jacket clean and shiny with only light shelf wear to corners from display. Blue hardcover boards very good front and back. Maps inside front and back endpapers.

The Peninsula Campaign of 1862 was the largest campaign of the Civil War. More men were assembled on the Virginia Peninsula for this battle for the capital of the Confederacy than for any other operation of the war. Award winning author Stephen Sears provides the first complete and full length account of the campaign ever written. The Campaign was Gen. George McClellan's grand scheme to advance from Yorktown up the Virginia Peninsula and destroy the Rebel army in its own capital. Though initially successful, the plans fell through at the gate of Richmond. Assuming command of the Confederate forces, Robert E. Lee split his army and proceeded to deliver a series of blows against the Federals. Though not invariably victorious on the field, Lee's will to fight so surpassed McClellan's that in the end the Union forces were expelled from Virginia. Weaving together narrative, military analysis, and firsthand testimony from the diaries and letters of Union and Confederate forces, Stephen Sears crafted a magisterial history. It is a groundbreaking study of the great Civil War engagement. Full of maps, illustrations and original photos, this book brings the Civil War engagement to life.