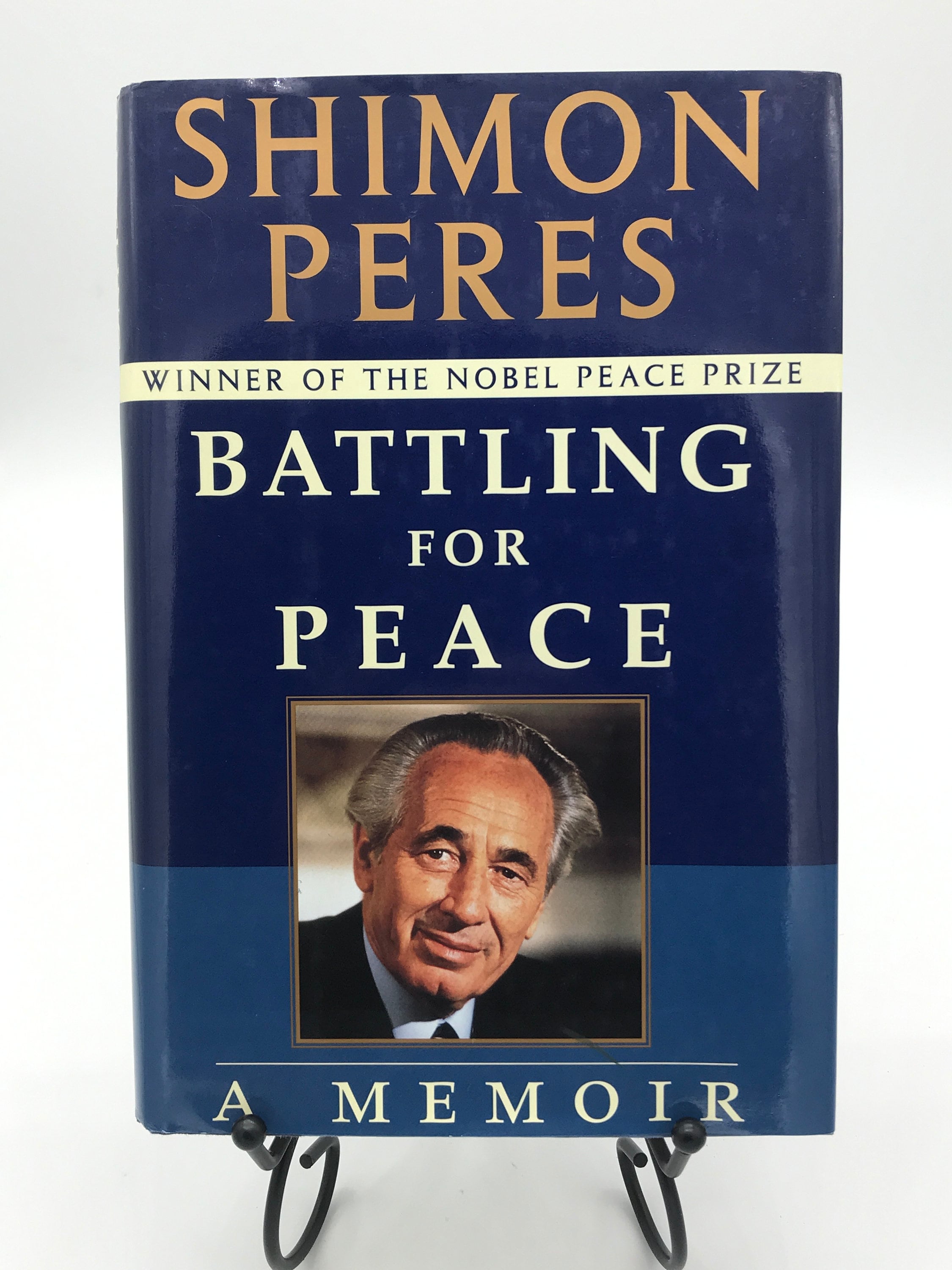 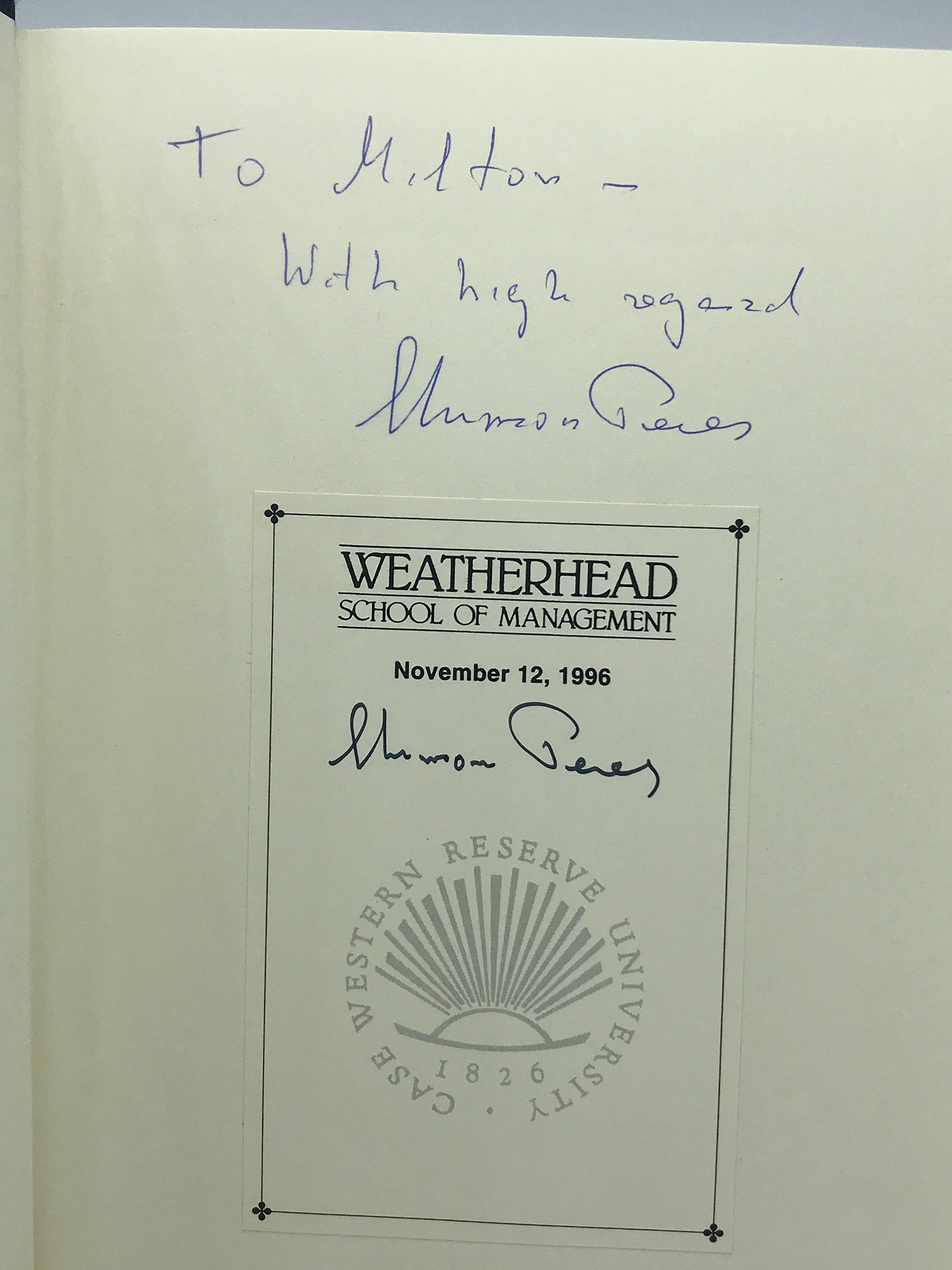 Battling for Peace a Memoir by Simon Peres (signed copy)

This is a very like new collectible hardcover with dust jacket. SIGNED by author, Shimon Person Case Western Reserve University bookplate AND personalized "To Milton with high regards Shimon Peres" written about bookplate. Inside pages are crisp and clean, no other marks seen. Binding tight and straight. Dust jacket is clean and shiny with only a hint of shelf wear from display.

One of the greatest statesmen of our century, Shimon Peres, winner of the 1994 Nobel Peace Prize, has shaped the history of Israel and the future of the Middle East. He engineered the legendary Entebbe raid against the PLO in the '70's. In the "80's he saved the Israeli economy from near collapse, and as foreign minister, Shimon Peres was a key negotiator in the peace accords he helped bring about.
In this memoir we follow him from his ancestral home in Poland to Israel, through his youth movement leader to prime minister, and we are introduced to the man and the nation. He writes of his bitter quarrels with Golda Meir and Yitzhak Rabin, and of his admiration for Ben-Gurion, Moshe Dayan, and others. he discusses the origins of Israel's nuclear program, and tells how he led the way toward the Oslo agreement. This revealing memoir offers a compelling account of history in the making.