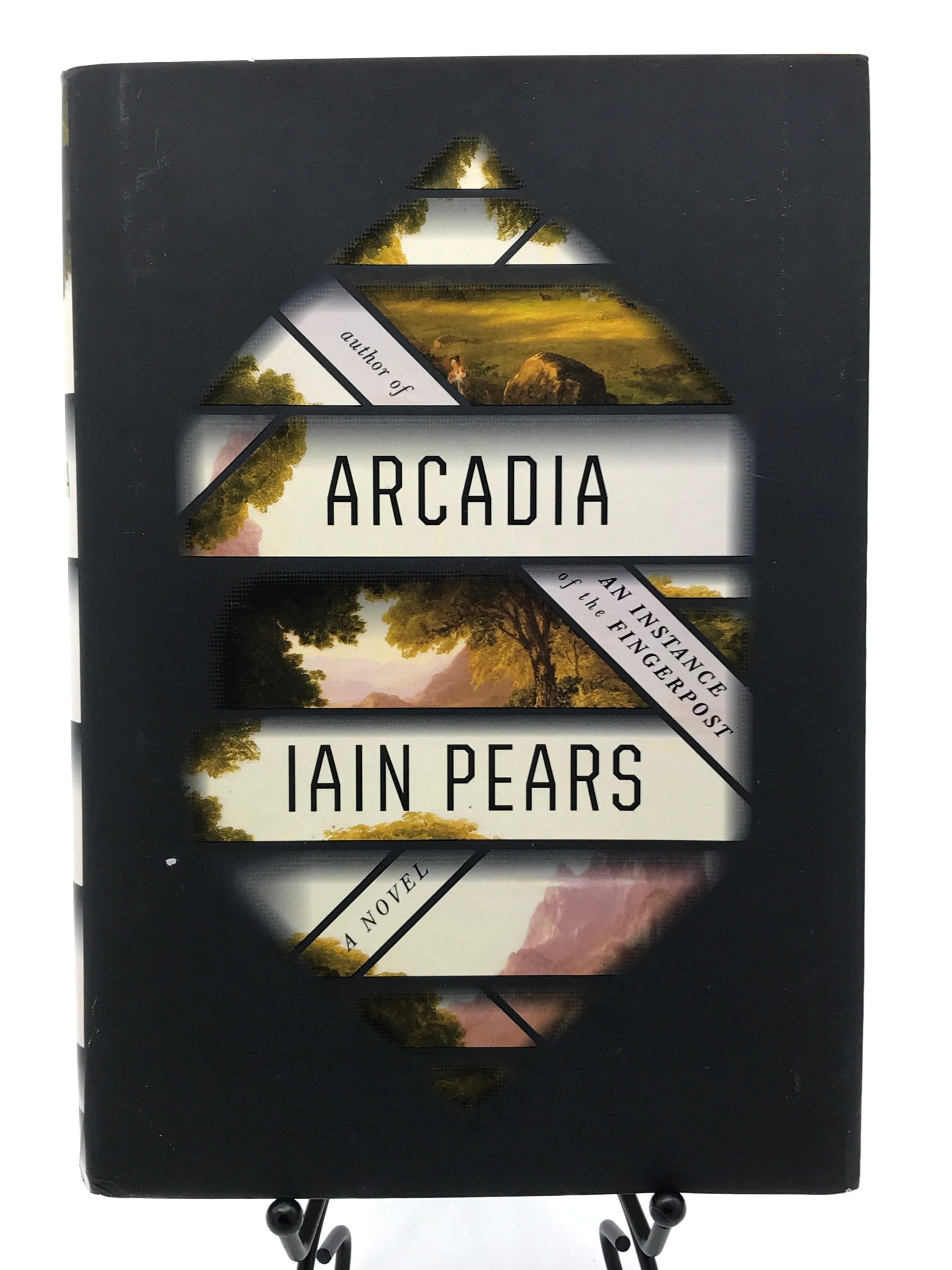 Arcadia a Novel by Iain Pears

This is a new hardcover with dust jacket. 2016 Knopf Publishing.

In 1960's Oxford, Prof. Henry Lytten is attempting to write a fantasy novel to rival Tolkien and Lewis. He finds an unlikely confidant in his inquisitive young neighbor, Rosie. One day, while chasing Lytten's cat, Rosie encounters a doorway in his cellar. She steps through and finds herself in an idyllic, pastoral land where Storytellers are revered. There she meets a young man embarking on a quest - and he may be the only change Rosie has of returning home.

This is an astonishing work of imagination that weaves 3 distinct worlds into one spellbinding narrative. Dazzlingly inventive and deeply satisfying, the book asks the question: If the past can change the future, then might the future also indelibly alter the past?