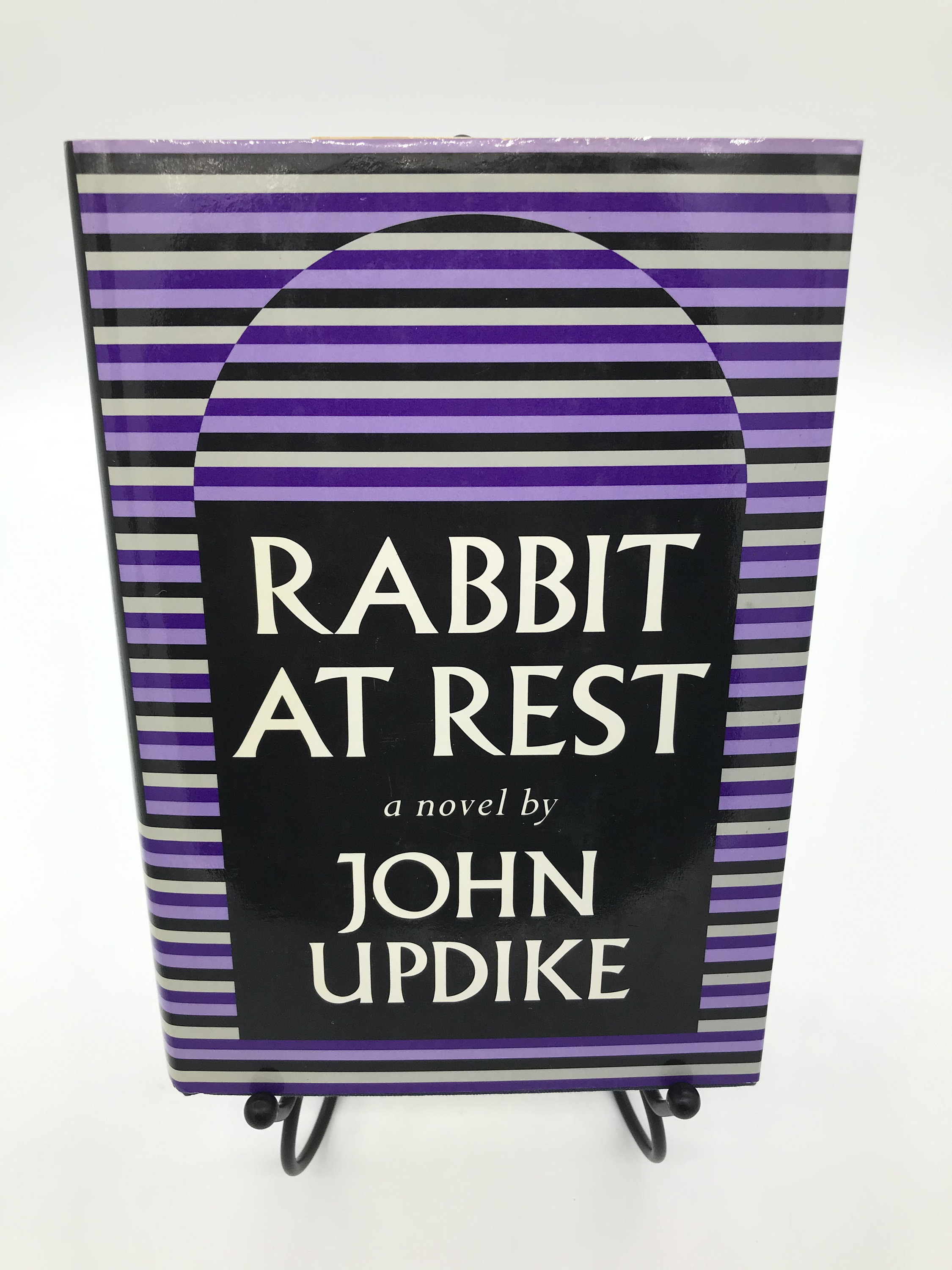 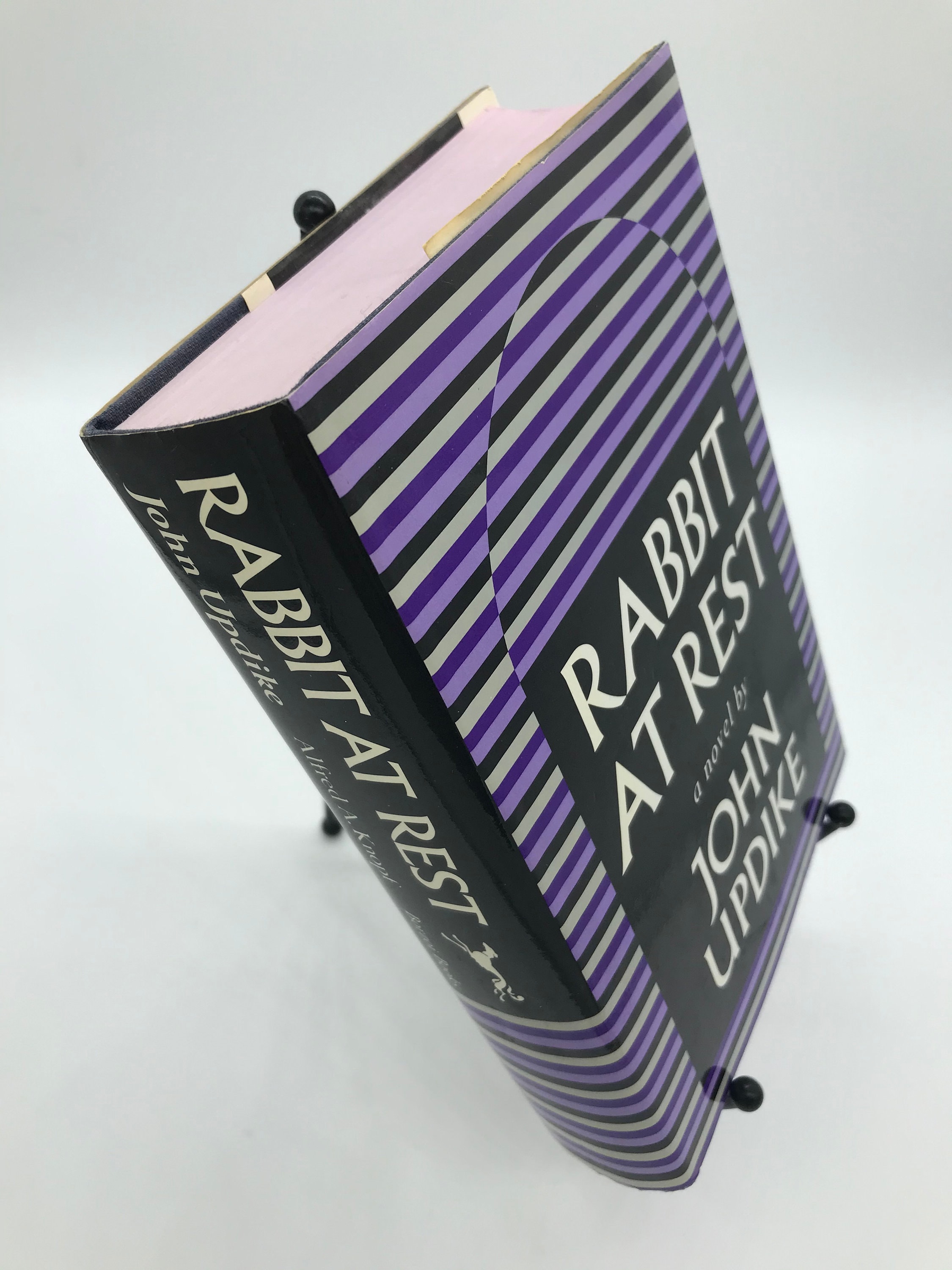 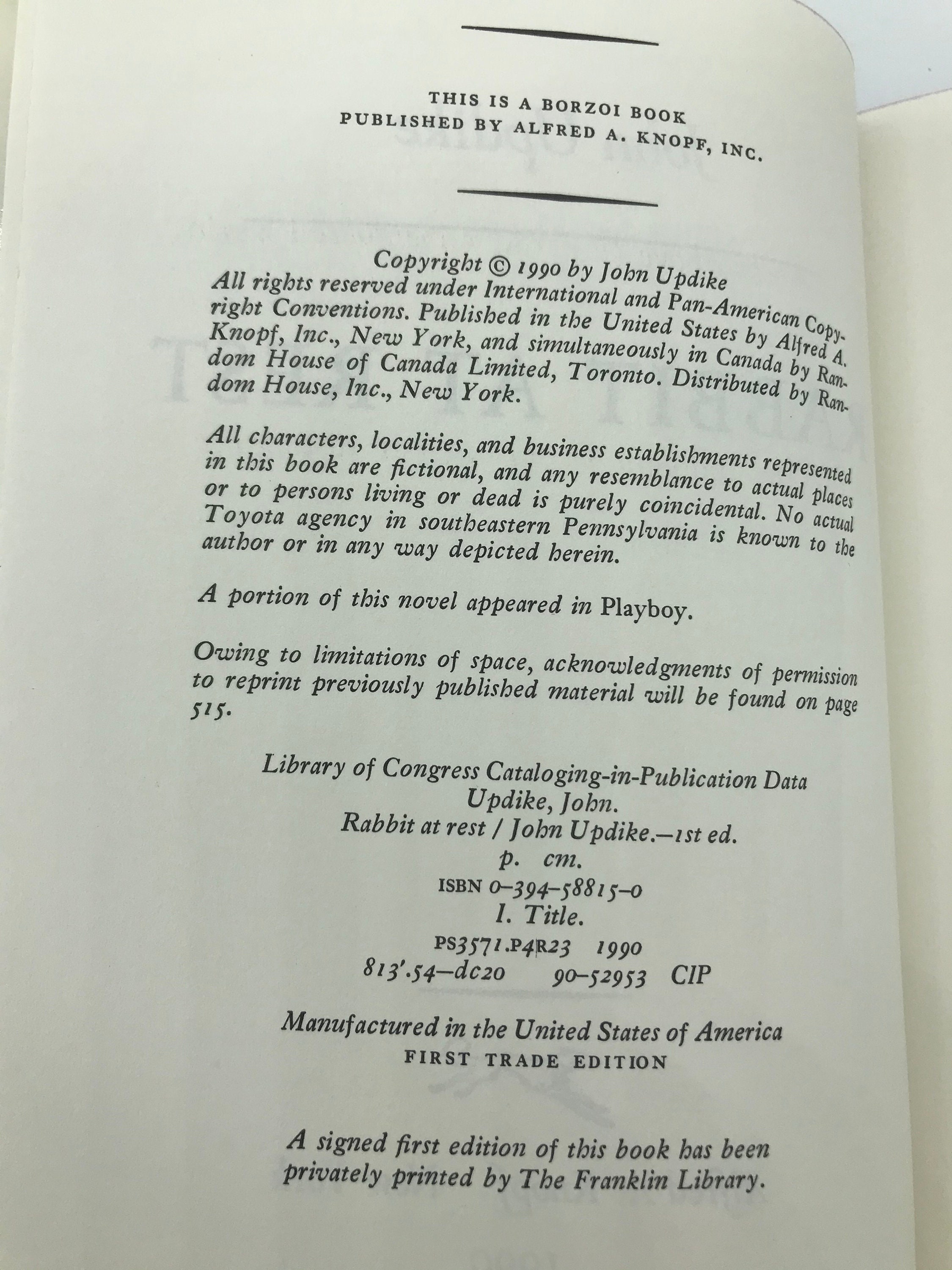 Rabbit At Rest a Novel by John Updike

This is a wonderful like new collectible. 1990 First Trade Edition Knopf Publishing. It is crisp and clean inside with no marks etc seen. Binding is tight and straight as new. Dust jacket is clean and shiny with only a hint of shelf wear to back from display.

Rabbit At Rest was the final installment from John Updike in the saga of Harry "Rabbit" Angstrom. In this last novel, Rabbit has now acquired heart problems, a Florida condo and a second grandchild. Navigating later years of life prove just as worrisome and complicated as the early years, and Rabbit now struggles with his son's drug addiction, the loss of the family business but finds solace in his granddaughter Judy. While recuperating from his heart attack, he recognizes a nurse to be his illegitimate daughter by his old girlfriend Ruth. The novel ends as Harry "Rabbit" Angstrom is on his deathbed, trying to reconcile his life and decisions. Along with Rabbit is Rich, Rabbit At Rest also won a Pulitzer Prize for Updike.