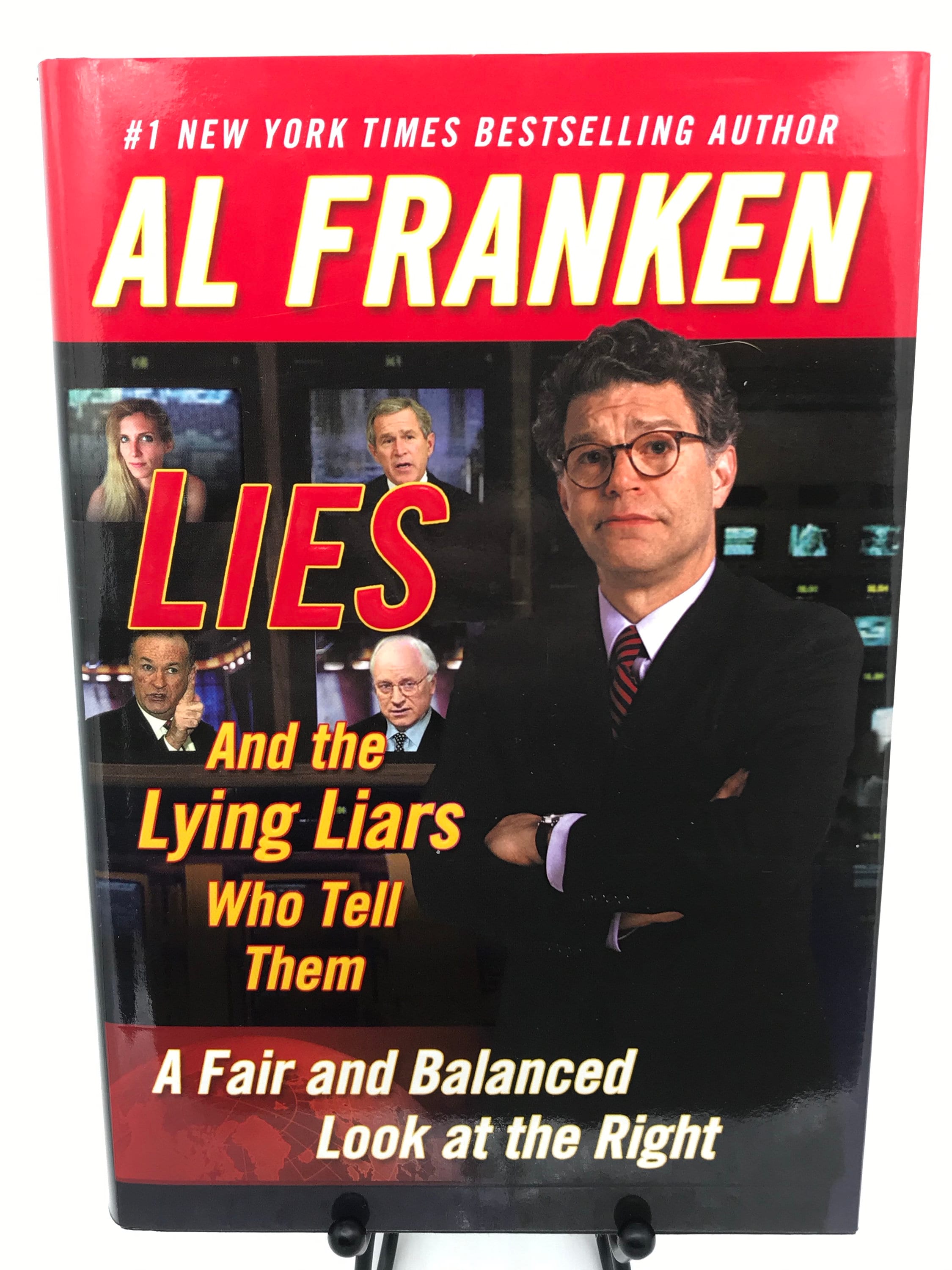 Lies and the Lying Liars Who Tell Them by Al Franken

This is a new hardcover with dust jacket. 2003 Dutton Press.

Al Franken, one of our "savviest satirists" has been studying the rhetoric of the Right He has listened to their cries of 'slander", "bias', and even "treason". He has even watched Fox News, a lot. In this fair and balanced report, he bravely and candidly exposes them for what they are; lying liars. He destroys the liberal media myth by getting his facts straight. Using the Rights words against them, he takes on the pundits, the politicians, and the issues, including; Ann Coulter, the 2000 election, the War on Terror, and more. The book is timely, honest and funny.