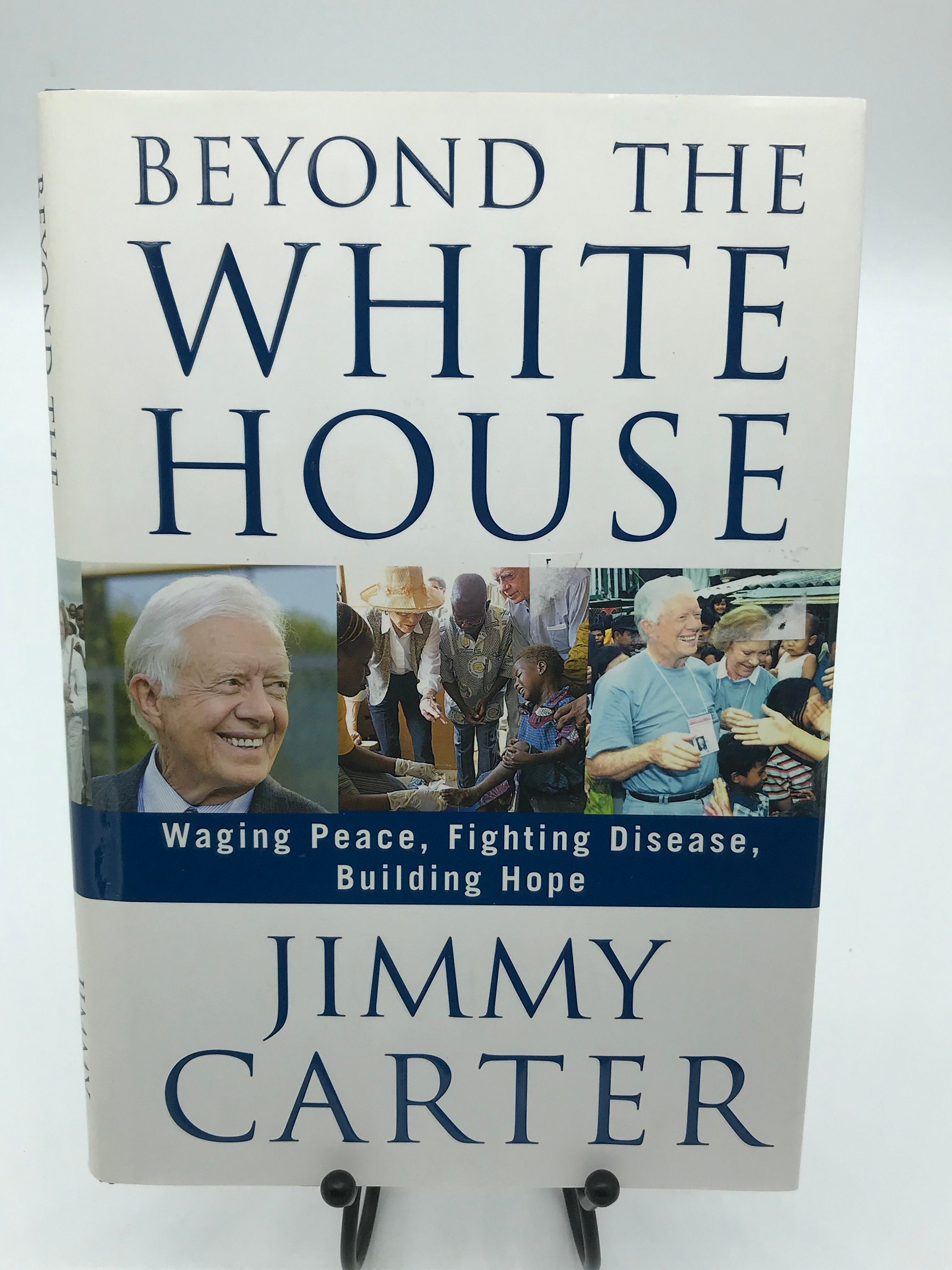 Beyond the White House by Jimmy Carter

This is a new hardcover with dust jacket.t 2007 Simon & Schuster Publishing

This is the story of Jimmy Carter's post-presidency, the most admired and productive in history. Founding the Carter Center in 1982, Jimmy and Roslyn Carter have fought neglected diseases, waged peace in war zones, and built hope among some of the most forgotten and needy people in the world.
Carter has led peacekeeping efforts for Ethiopia, North Korea, Haiti, Bosnia, Uganda, Sudan and more. With his colleagues from the Carter Center, he has monitored more the 65 elections in troubled nations from Palestine to Indonesia. The Center has taught millions of African families how to increase the production of food grains, and Roslyn has led a vigorous war against the stigma of mental illness.
As the Carter Center continues to lead the world in commitments to peace, justice, freedom, humility, and more, the post-presidency of Jimmy Carter will continue to inspire and lead the world.