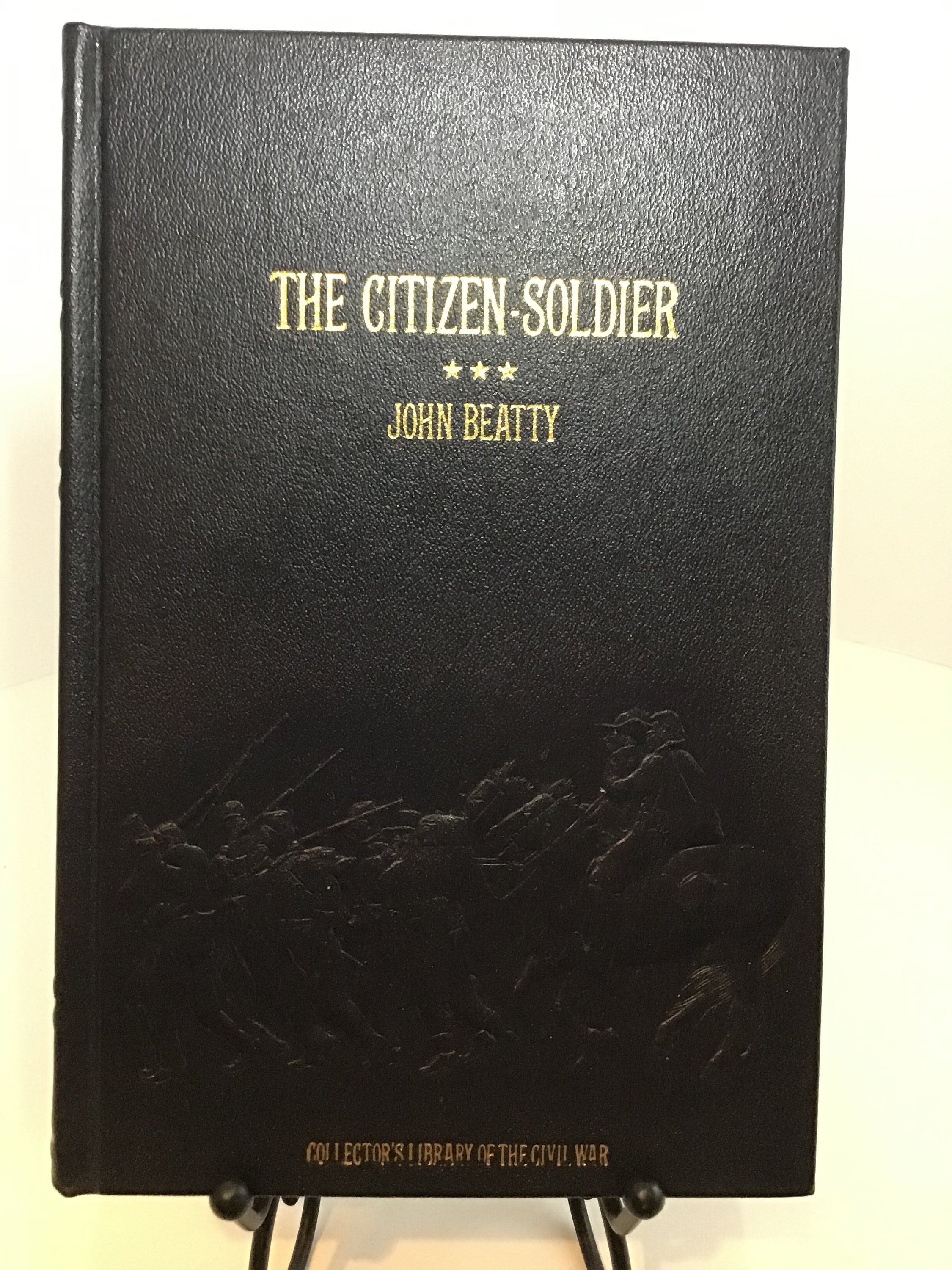 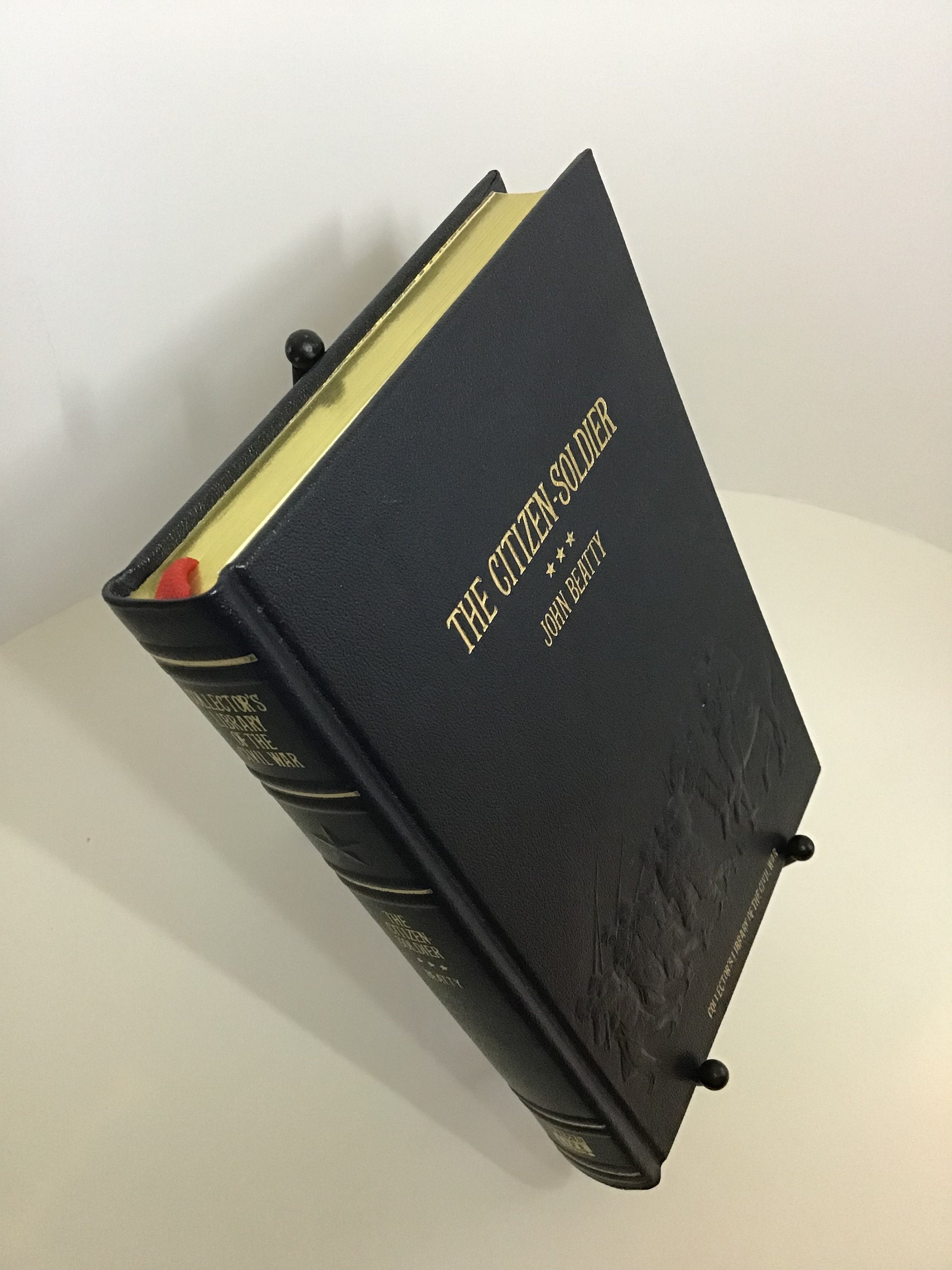 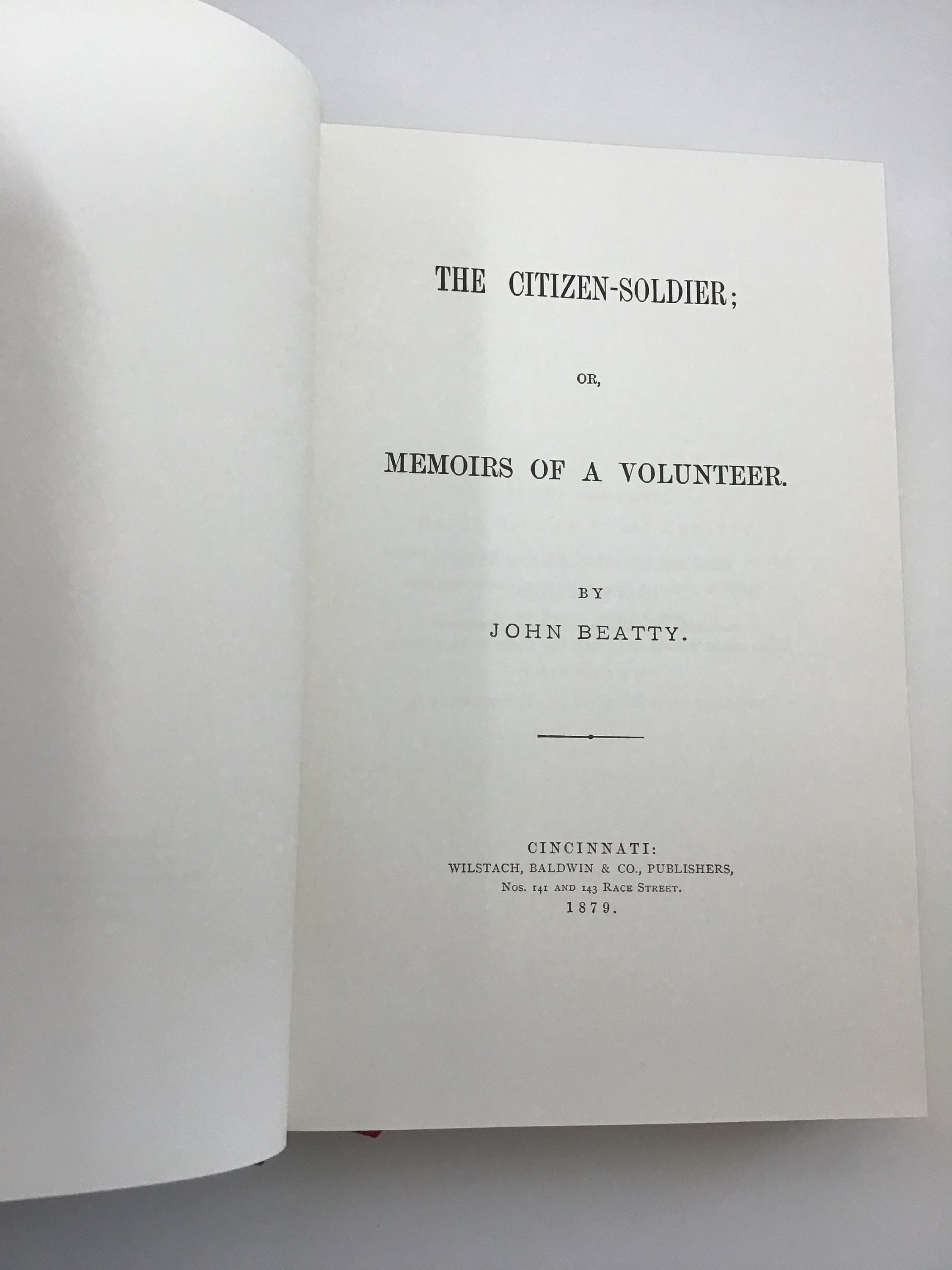 This is a handsome leather bound hardcover. 1983 Time Life photographically reproduced from the 1879 First Edition, thus preserving the authenticity of the original, including typographical errors. Crisp and clean as new inside and out. Black leather bound hardcover with gold lettering and embossed frontispiece. Gold tipped page edges with red ribbon attached bookmark. Binding tight and straight as new.

Of the hundreds of personal memoirs that came out of the Civil War, only a handful achieved lasting notice. Union Gen. John Beatty's wartime diary The Citizen Soldier, is such a work. Born in Ohio, Beatty took part in all the major 1862-63 battles in the West with the exception of Shiloh. For valorous service in the engagement at Murfreesboro, where he had two horses shot from under him, he was made a brigadier general. In 1868 he was elected to Congress to fill an unexpired term. He was reelected before returning to Columbus Oh. to establish the Citizen's Savings Bank where he served as President for 30 yrs. He wrote three novels, but The Citizen Soldier remained his most important work.