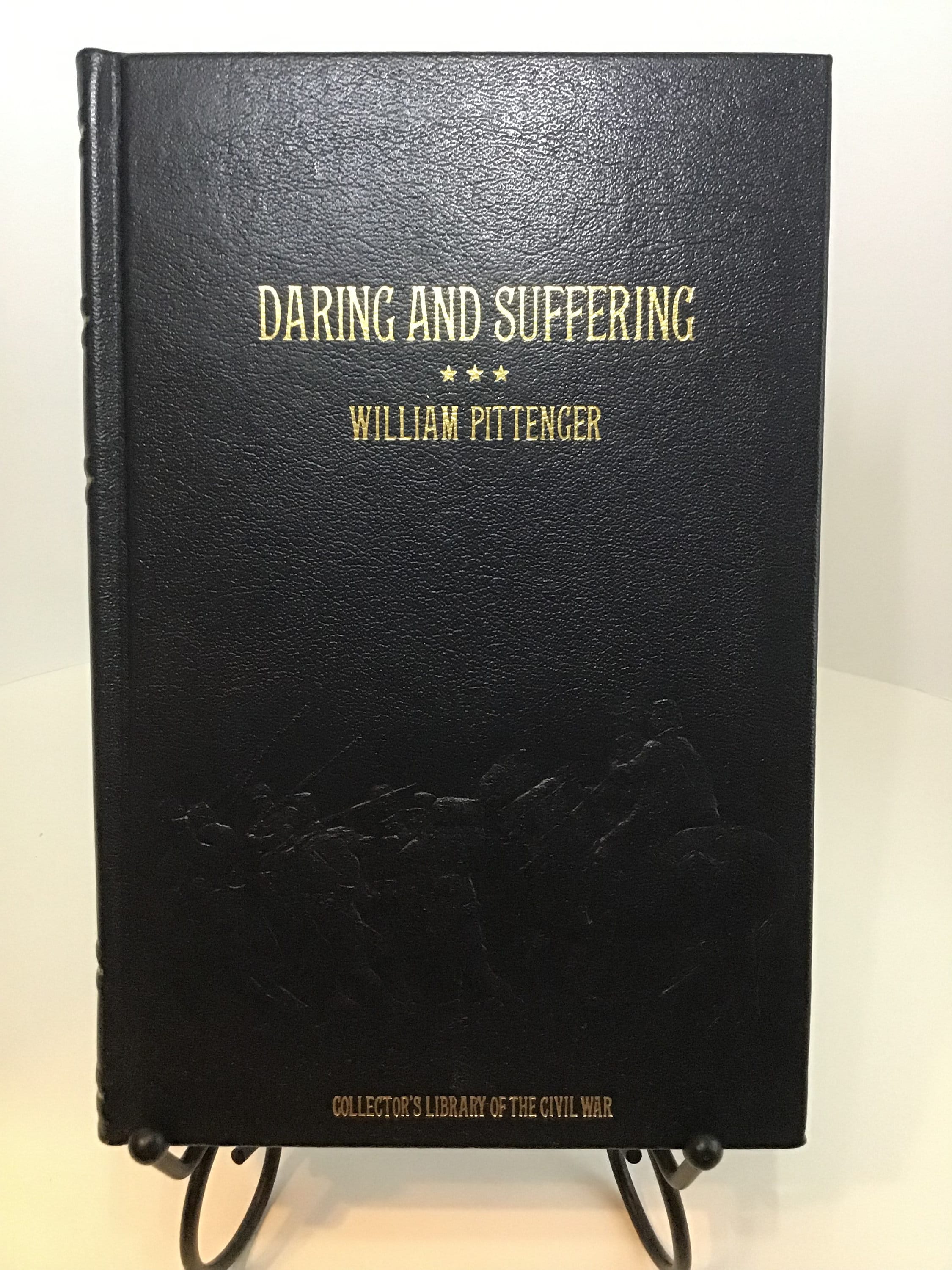 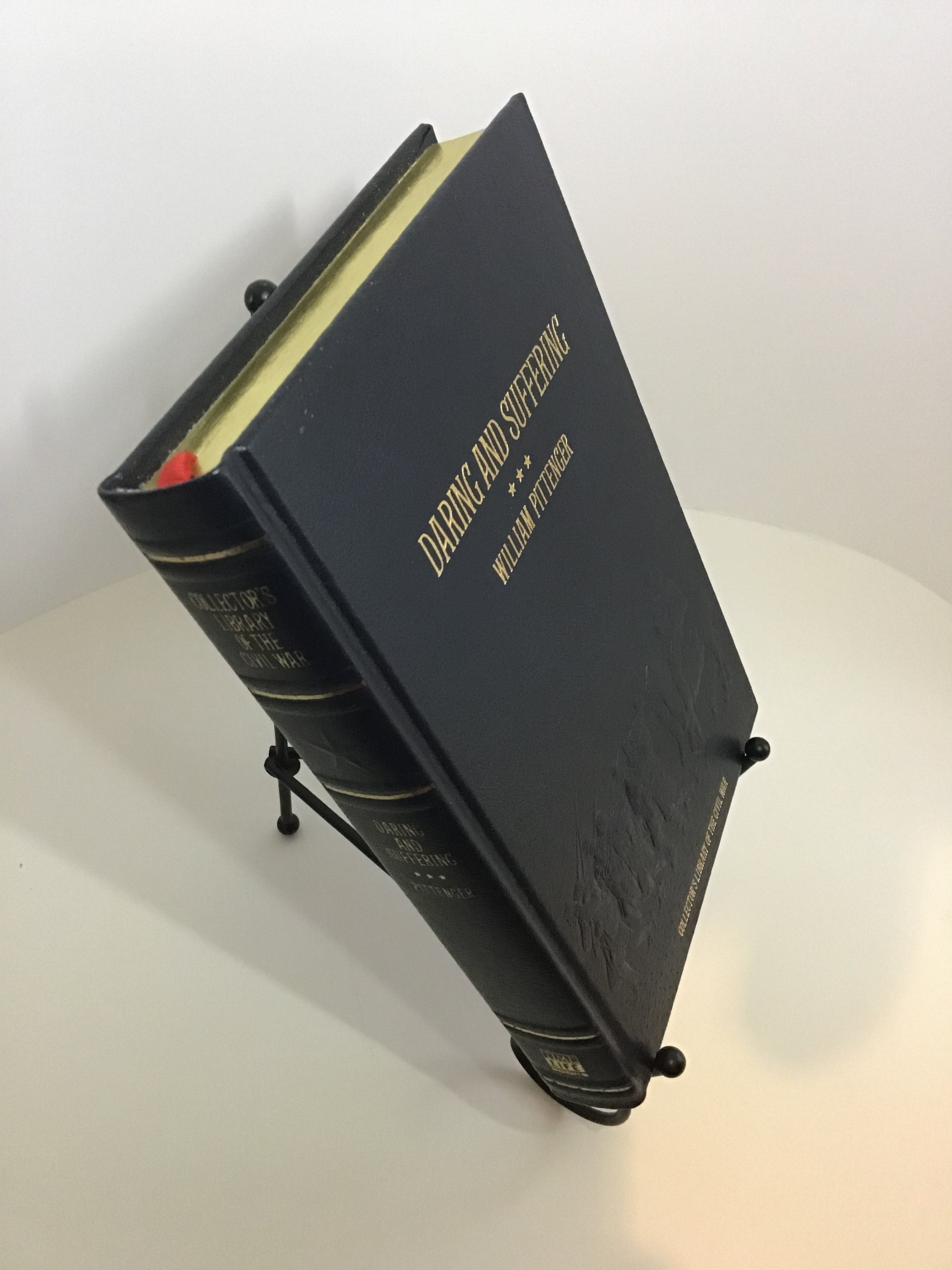 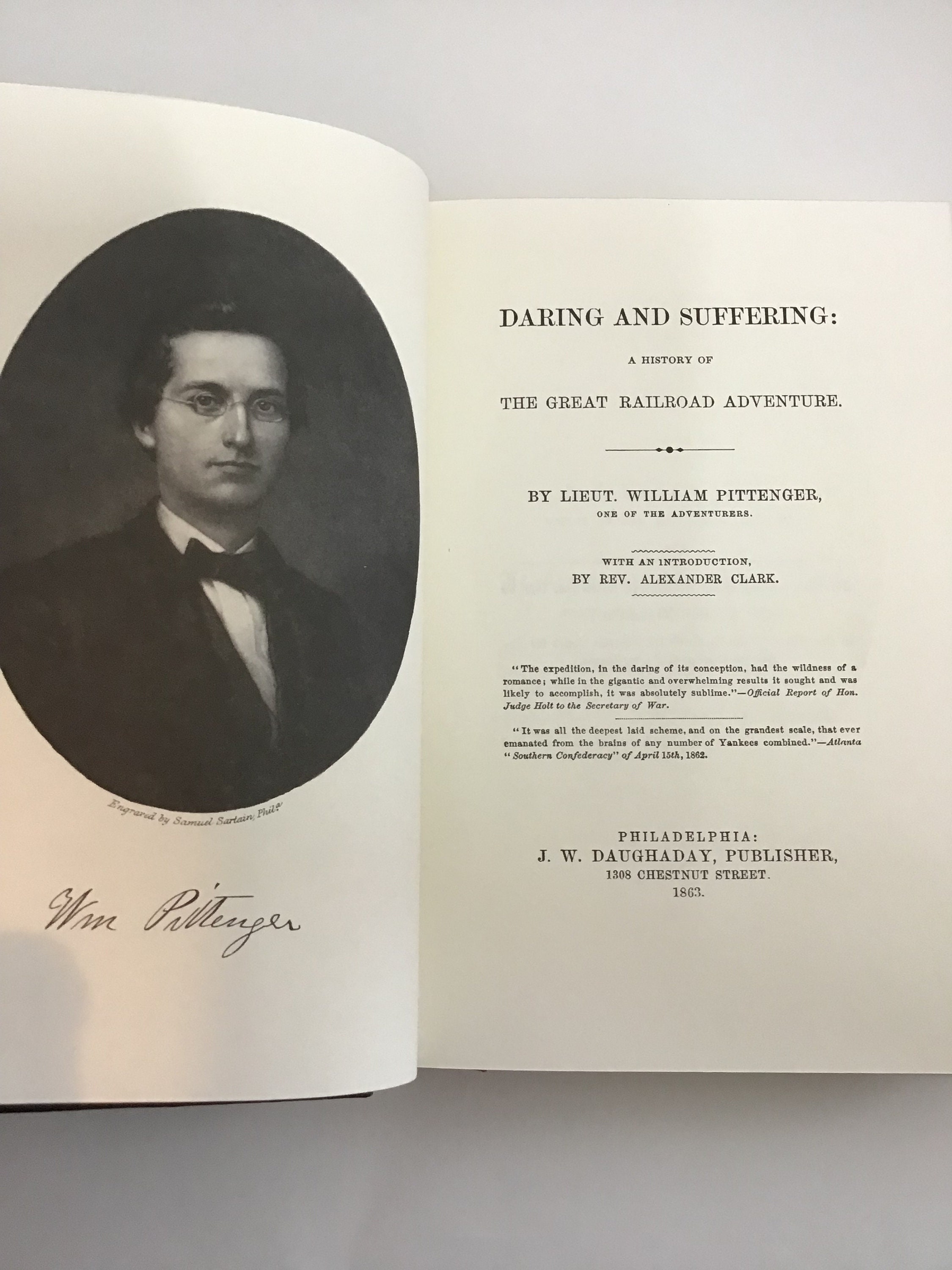 This is an as new collectible hardcover, leather bound with gold lettering and page edges. Photographically reprinted from the 1863 first edition thus preserving the authenticity of the original, including typographical and printing irregularities. Black leather bound hardcover with gold lettering and embossed frontispiece. Page edges tipped in gold with red ribbon book mark. Crisp and clean inside and out, binding tight and straight as new, as new condition making it an excellent collectible copy.

The Great Locomotive Chase, as it came to be known, was an early Civil War escapade that immediately caught fancy and held it. It sparked 13 editions of an account by one participant, a novel, dozens of histories and three movies, most notably the Buster Keaton comedy classic, The General. It took place April 1862, and was a simple but daring act of attempted espionage. Twenty two Federal soldiers disguised as civilians, made their way through Southern lines to Marietta, Ga. Their mission was to seize a train on the vital railroad that linked Atlanta with Chattanooga, and then race north destroying bridges and more along the way. All was going well, the soldiers stole a train while the crew and passengers were off. The train was known as The General, and the conductor saw the thievery and gave chase on foot, then he commanded another locomotive named The Texas and the chase was on. Unfortunately, the end was nigh for the Federal soldiers as they ran out of fuel and water. All were captured, some hanged and some imprisoned. The author, William Pittenger was imprisoned, and upon release published his account of the events. The two engines involved General and Texas, are still intact in GA and a monument to the intrepid raiders stands in Chattanooga.