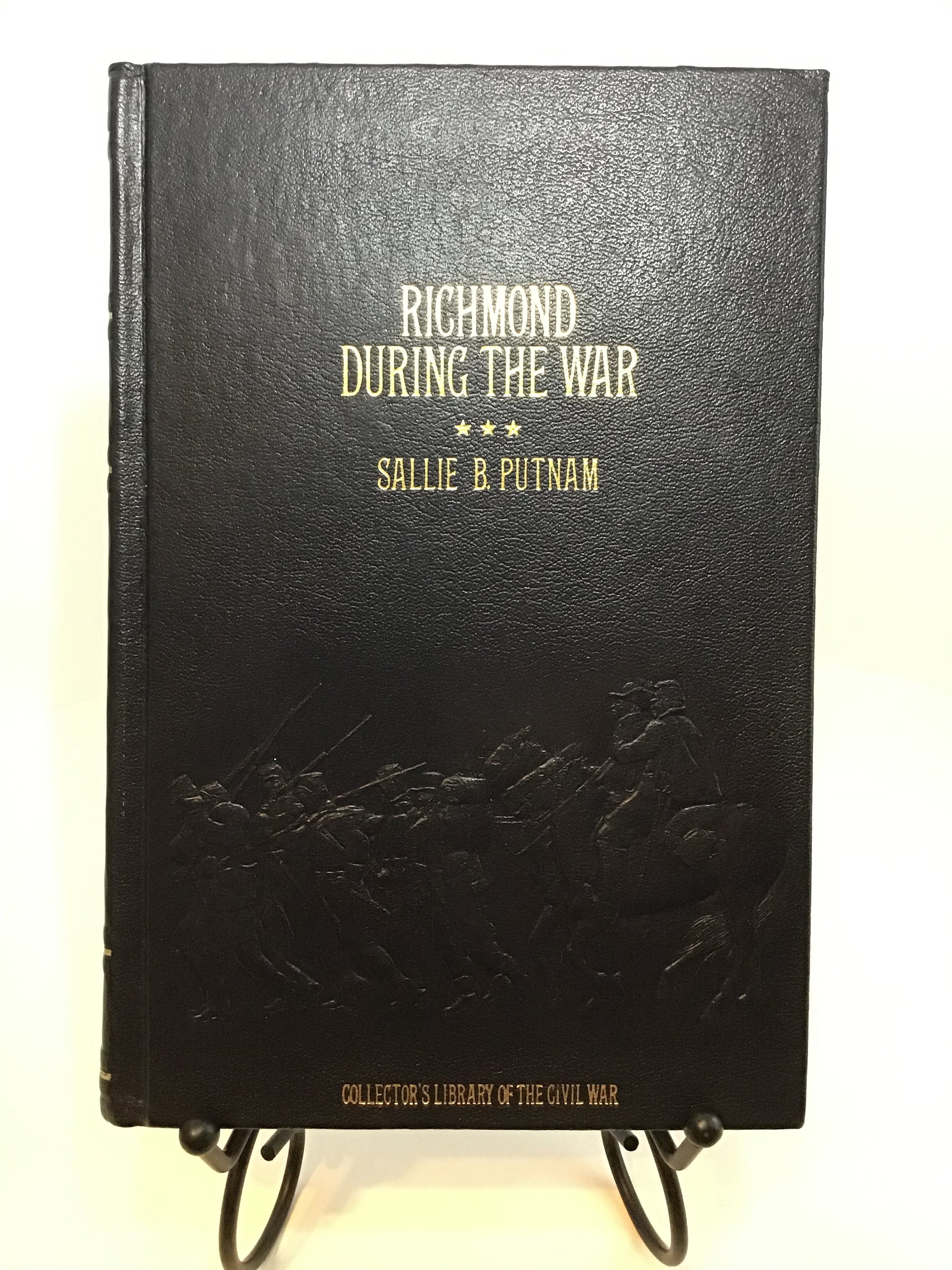 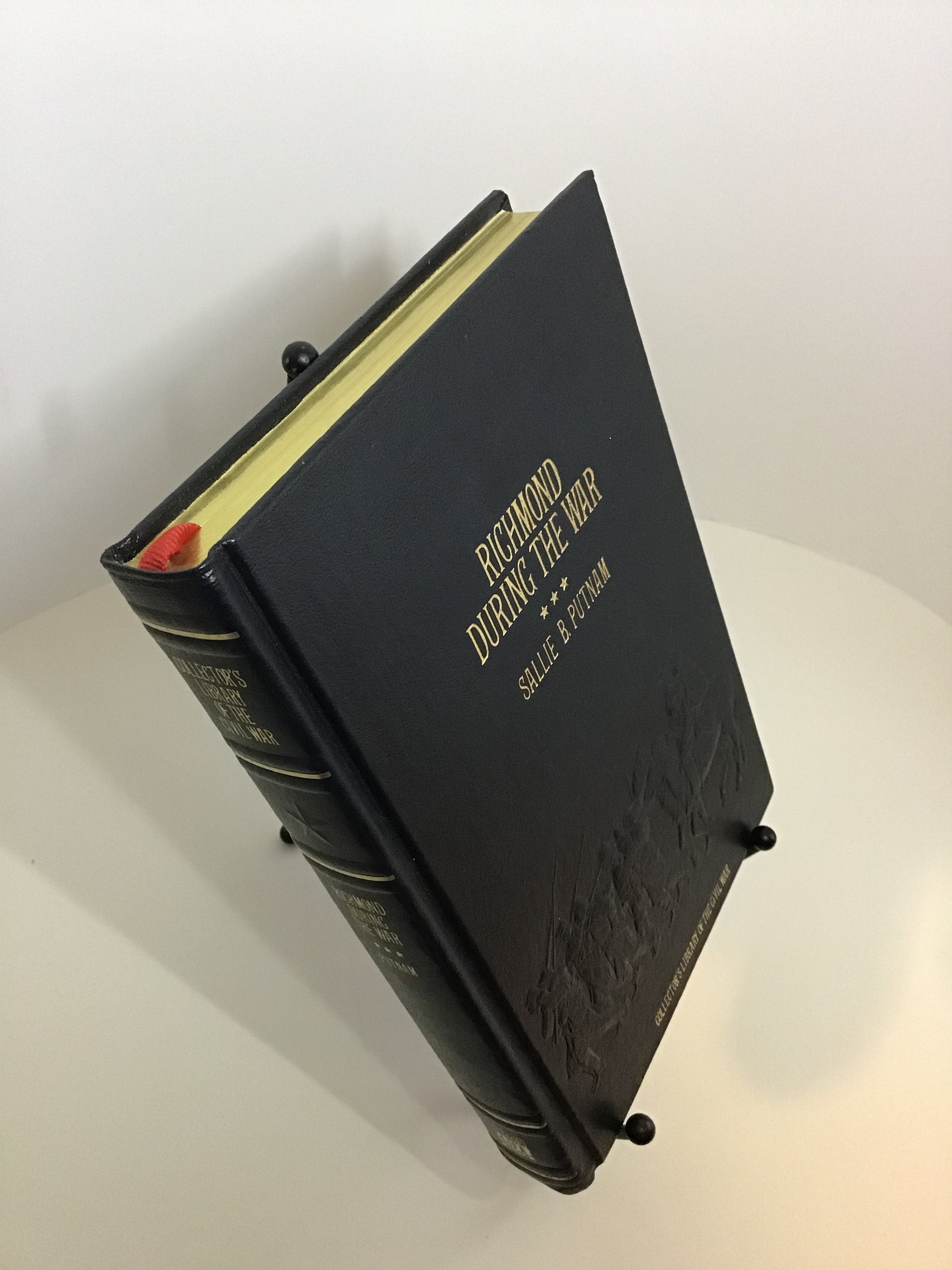 Richmond During the War (Collectors Library of the Civil War) by Sallie B. Putnam

This is an as new collectible leather-bound hardcover. 1983 Time Life Books reproduced photographically from the 1867 First Edition, thus preserving the historical authenticity, including typographical errors. This black leather bound hardcover had gold lettering and gold tipped page edges. As new, crisp and clean inside. Binding tight and straight as new. Excellent collectible for any Civil War or history library.

The commander of a Georgia regiment mused later in his memoirs that the heaviest burden fell not upon the man at the front but upon the woman who waited and prayed for victory. Sallie Brock Putnam spoke for Southern womanhood. A Native of Madison County Virginia, the family moved to Richmond and 3 yrs later Sallie saw the Confederate flag raised above the capital. She described it as thrilling at first, but the thrill soon faded as the War made its way into the capital. The author settled into a routine of seeing, knitting, making cartridges and sandbags, nursing the wounded, and coping with the increasingly serious food shortages. As Union forces drew near, she wrote how "destruction hovered over our fair city" and then of experiencing a calm despair as the truth confronted them. Two yrs after Appomattox she completed Richmond During the War. Her writing was sober and factual, not not gossipy or speculative. Readers cannot miss her courage, sacrifice and suffering.