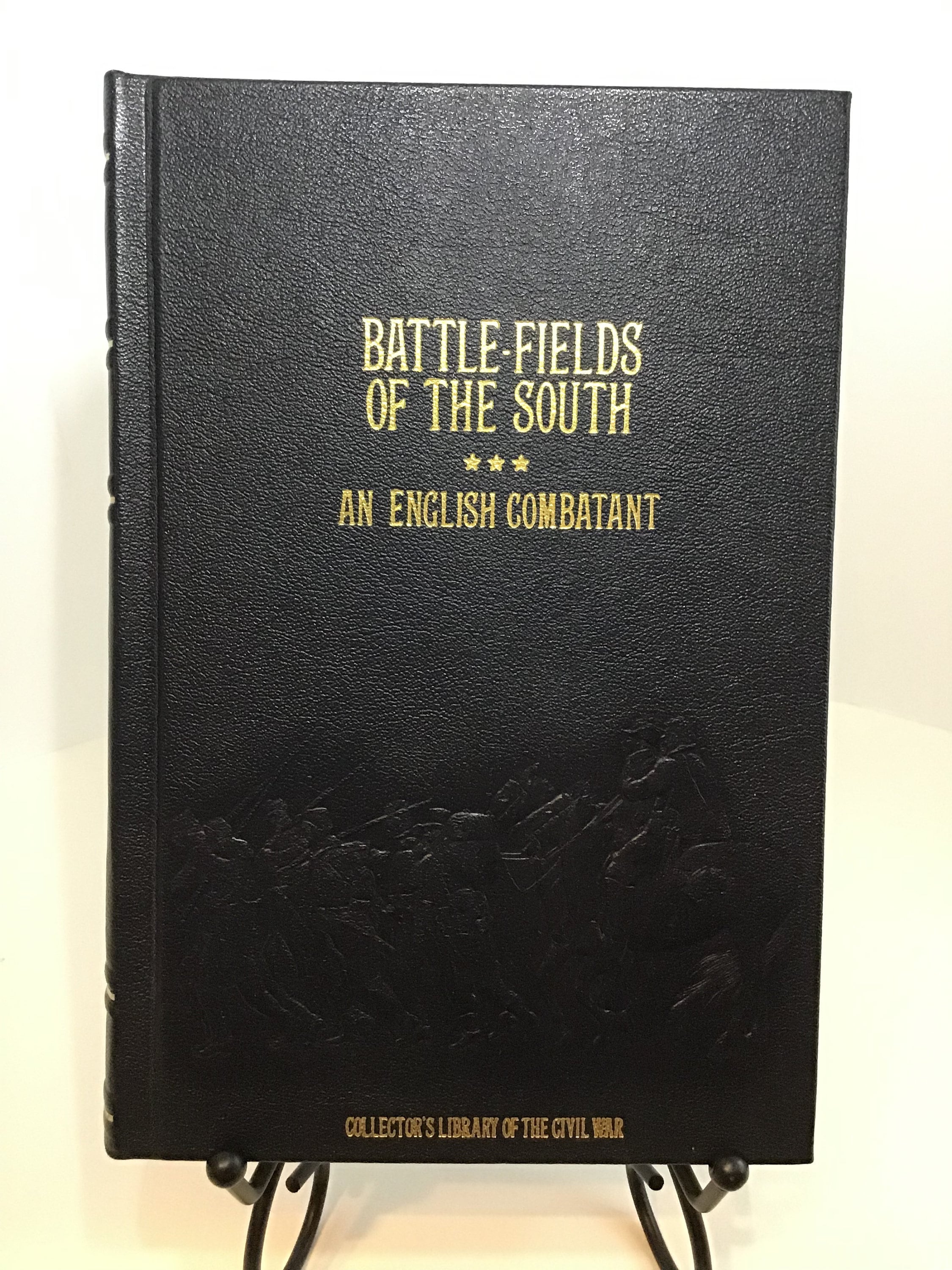 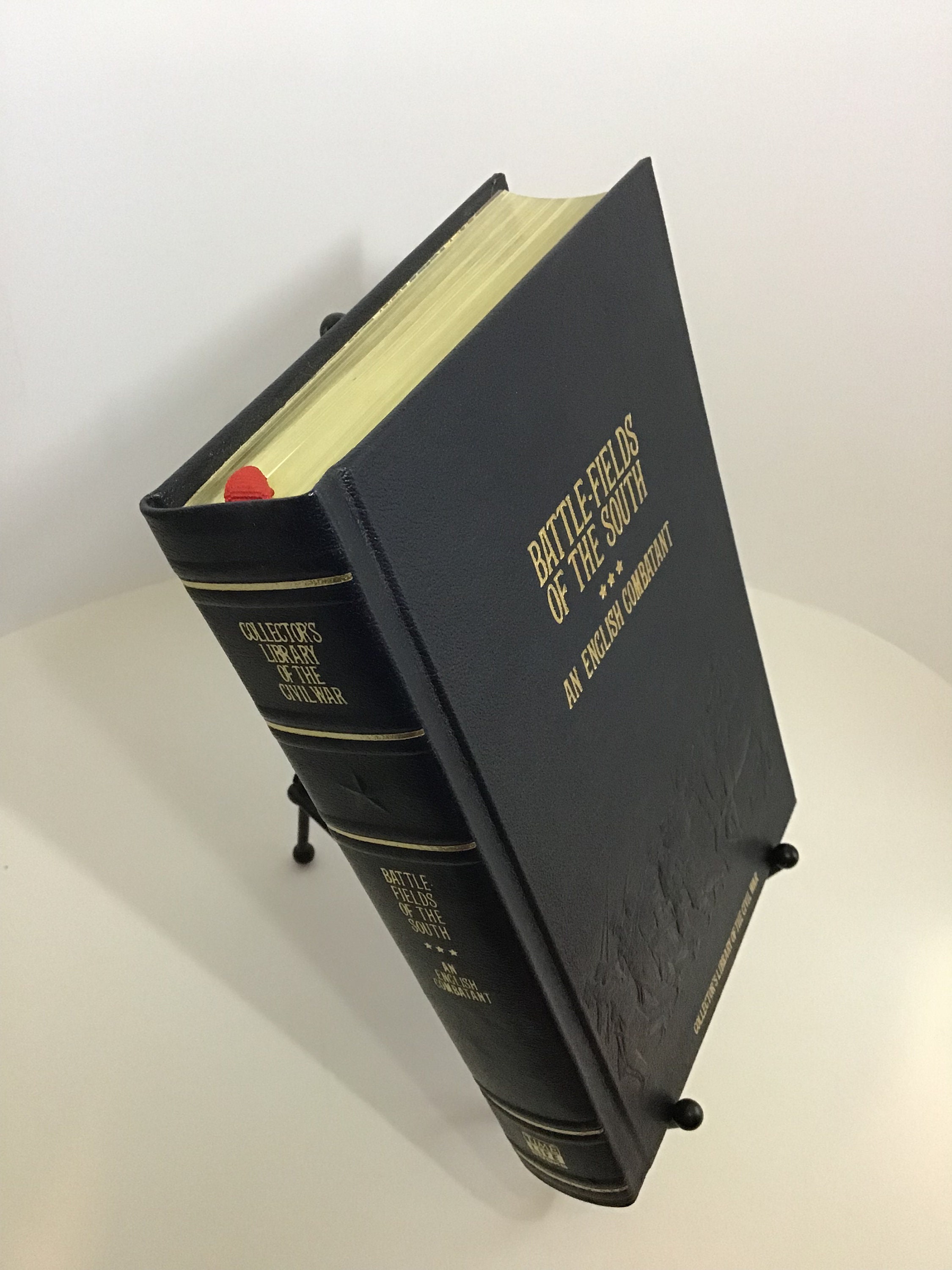 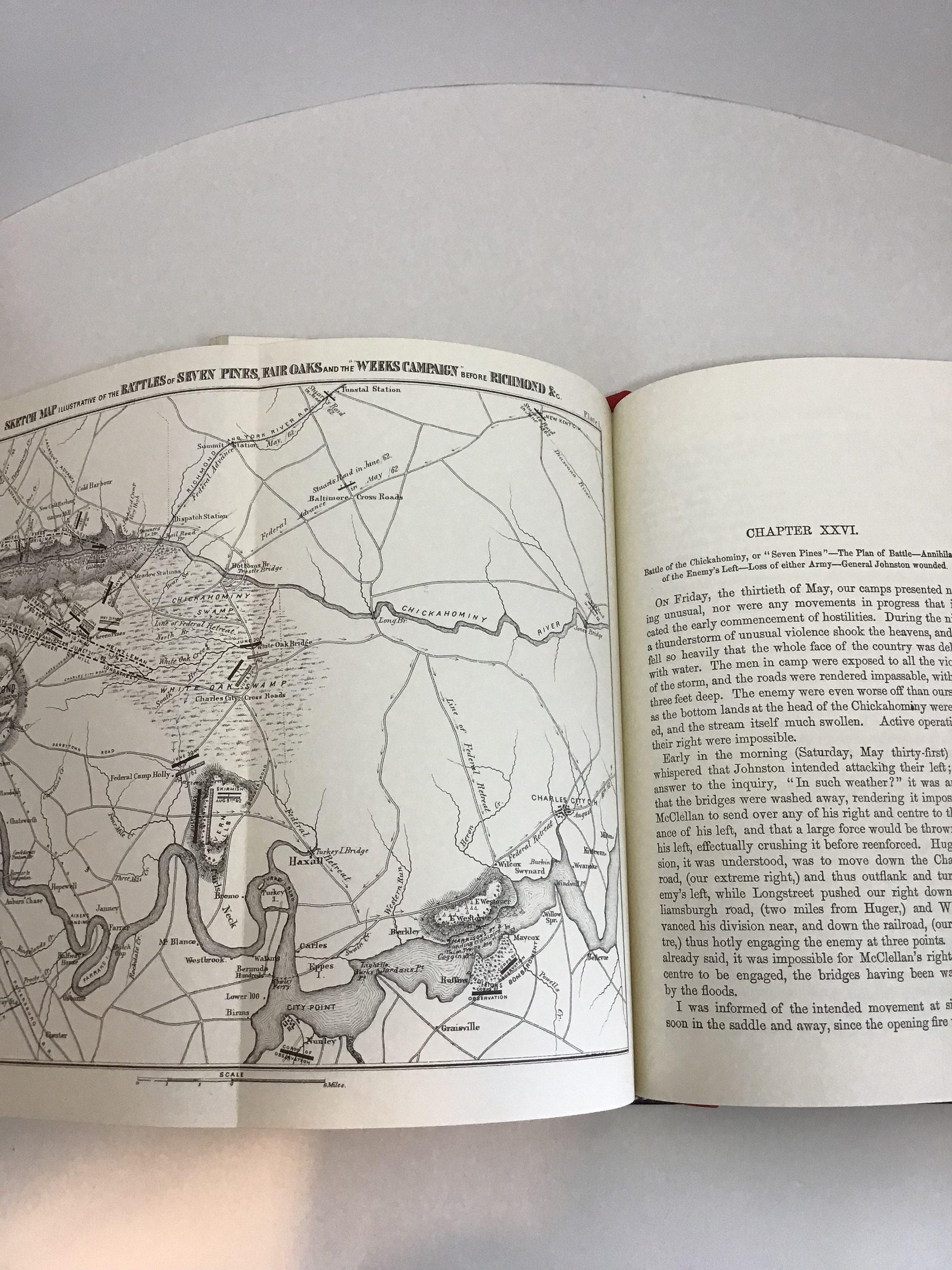 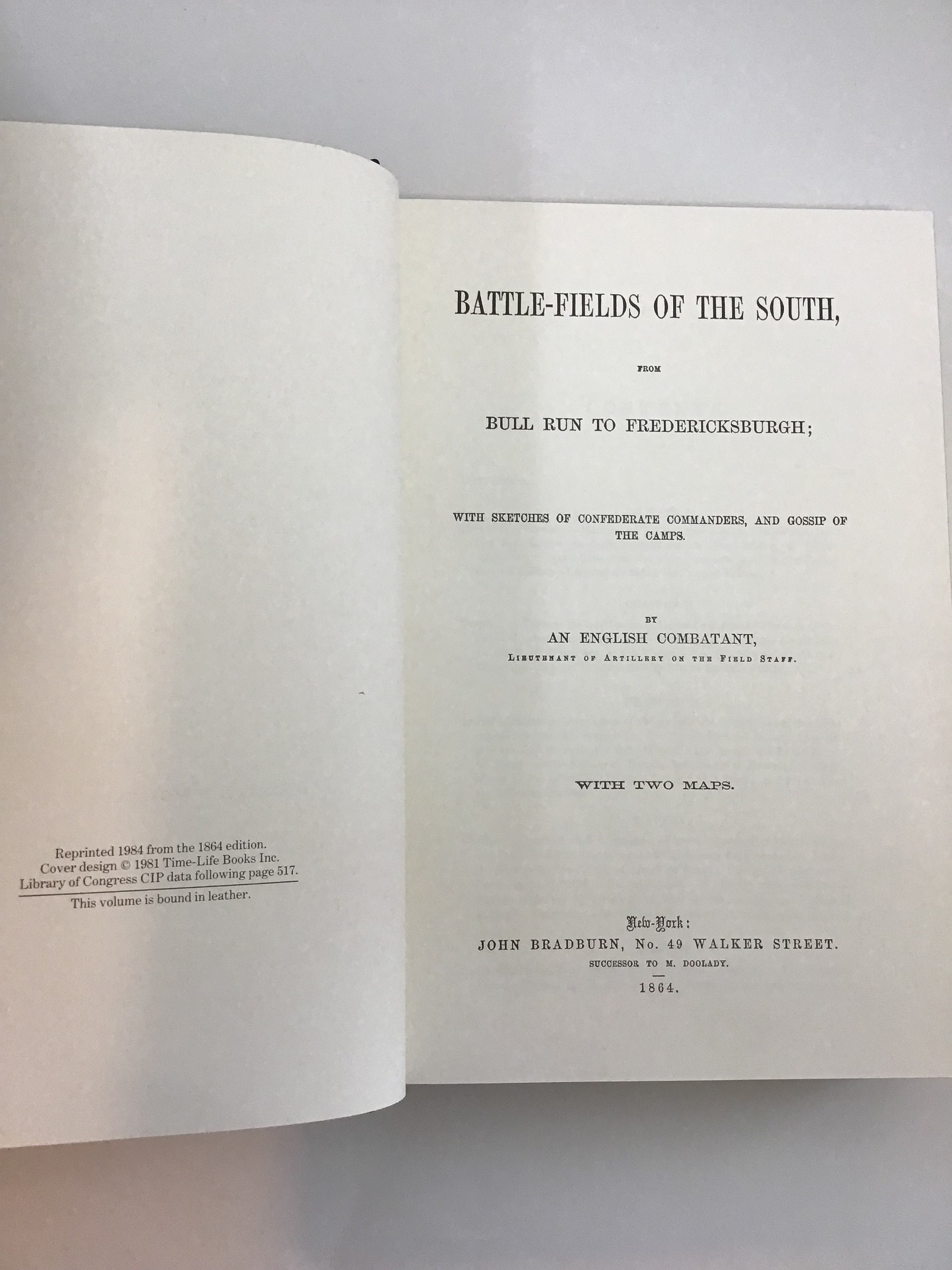 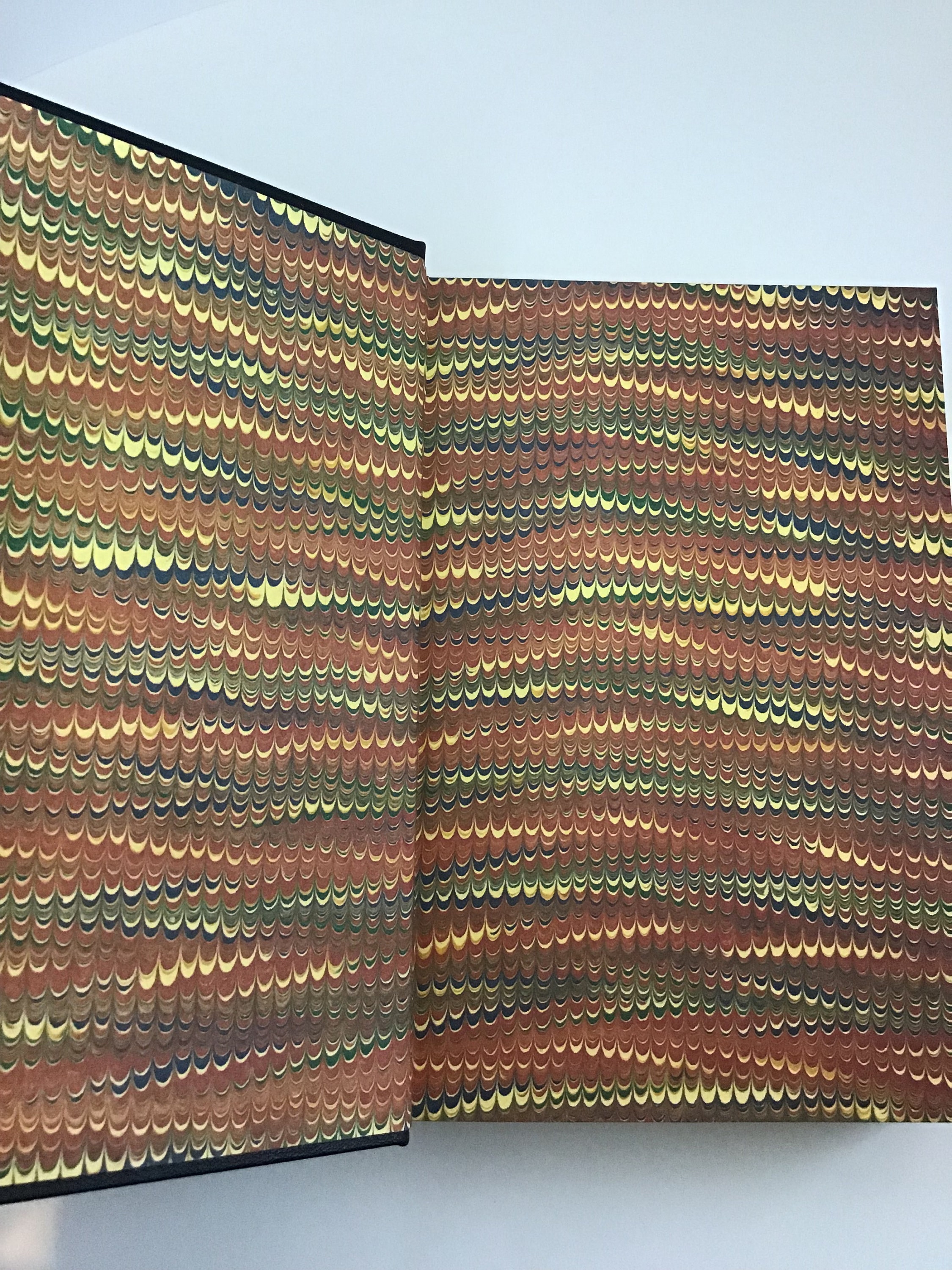 This is a like new collectible leather bound hardcover. 1984 Time Life photographically reproduced from the 1864 First Edition, thus preserving the historical authenticity of the original, including typographical errors. Handsome edition with black leather bound hardcover boards and gold lettering with embossed frontispiece. Gold tipped page edges with red ribbon attached bookmark. As new inside and out. Crisp and clean. This edition of the set is hard to find in rare as new condition. Certainly one of the more popular titles in the series. Includes two pull out maps.

This is one of the most intriguing books to come out of the Civil War. Written by a mysterious author identified only as "An English Combatant" it is highly opinionated. It contains sharply drawn characterizations of Southern leaders, detailed account of early major battles in the Eastern theatre from Bull Run to Fredericksburg, along with pointed comments on every aspect of military life from the election of officers to care of the wounded. Aimed at a European audience, it was first published in England, then brought to the U.S. Written while the war still raged, it had a candor and sense of excitement not usually found in postwar memoirs, which tend to be more reflective. Critics have claimed it to be unreliable with a penchant for tall tales, yet the book is frequently consulted and cited by historians. The only two clues as to the author are the dedication page where he refers to himself at T.E.C, and in quoting a letter he received he uses the name Tom. He lived in the south before the war. The book is a wealth of information and accounts.