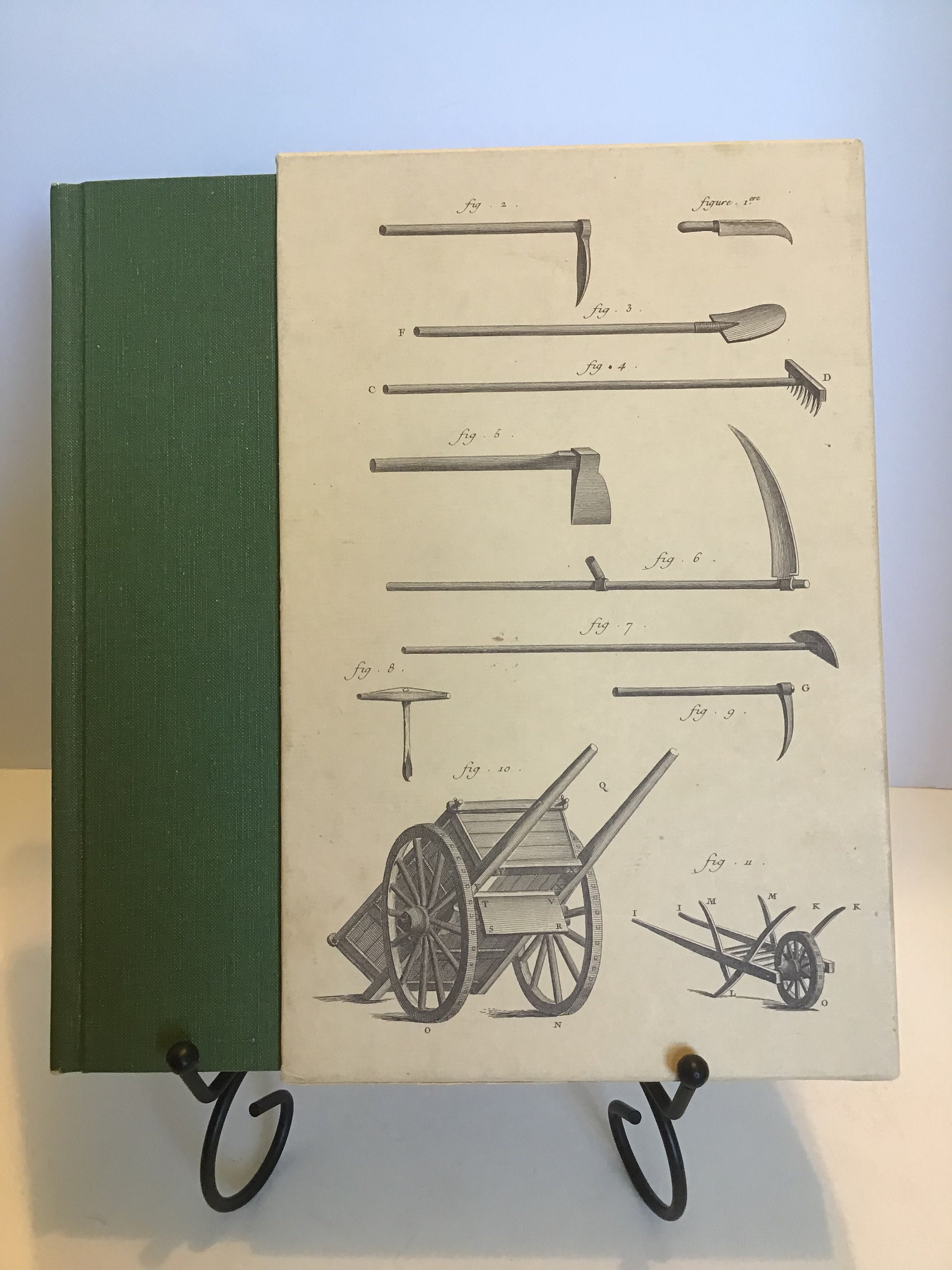 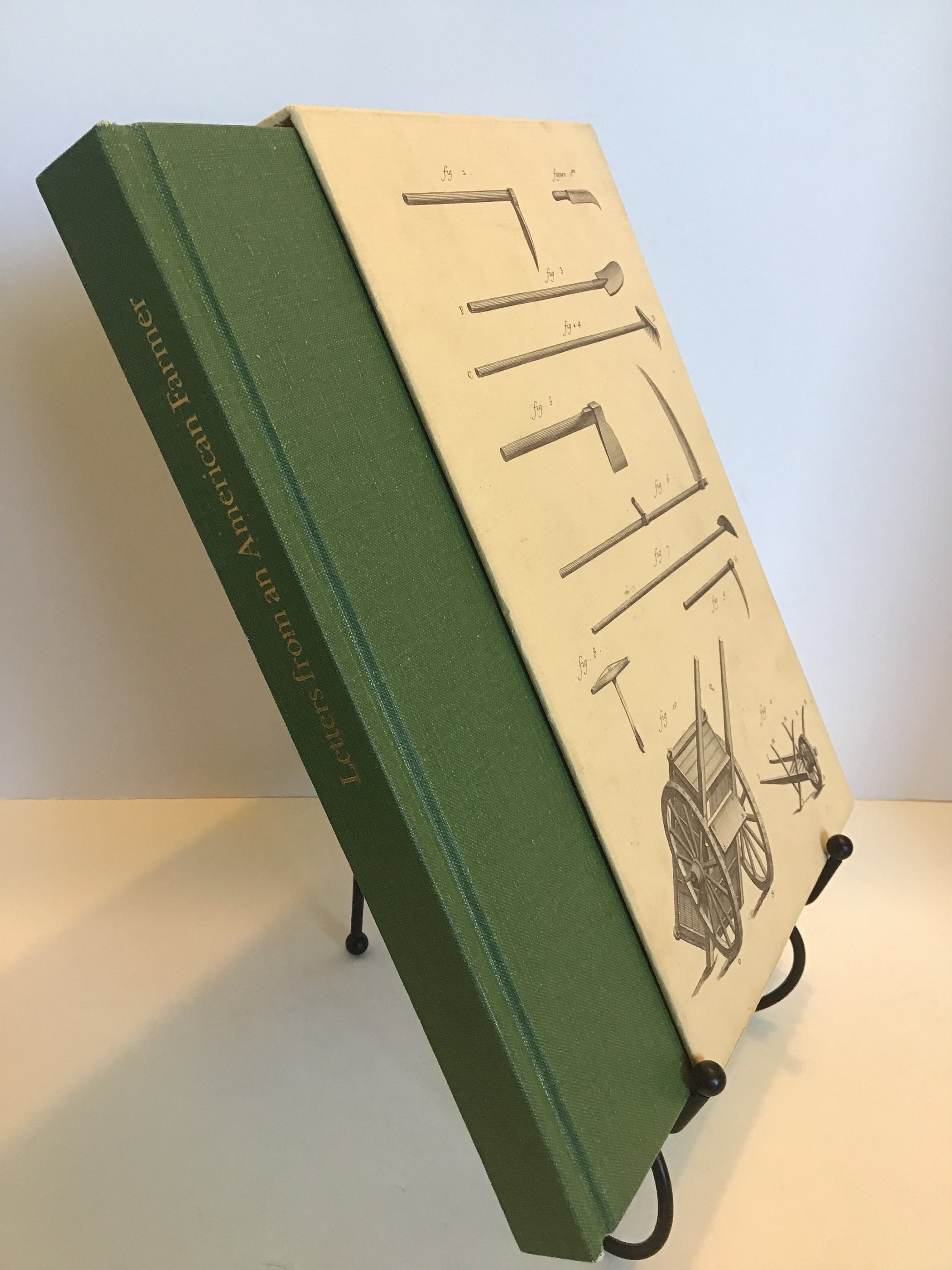 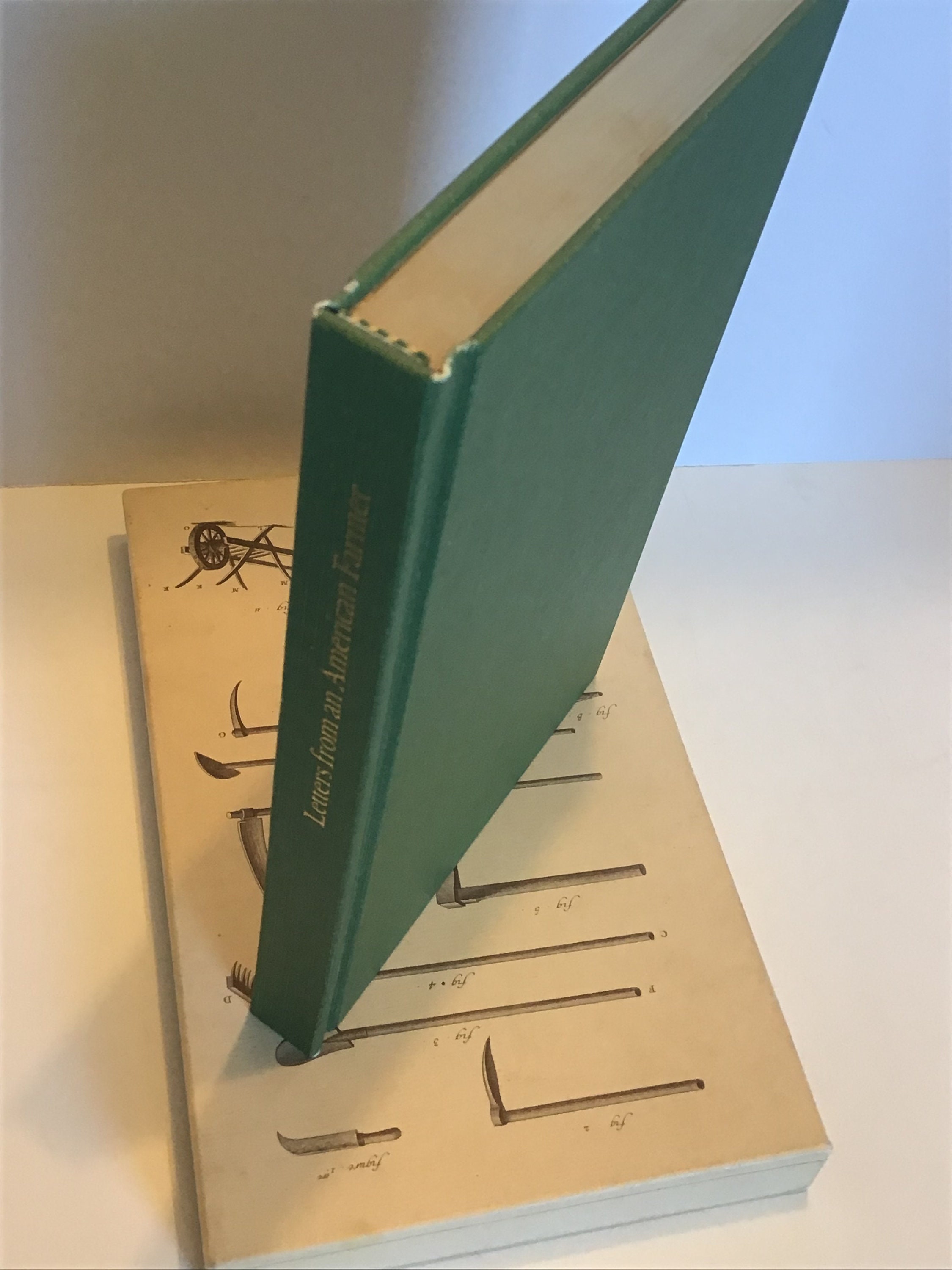 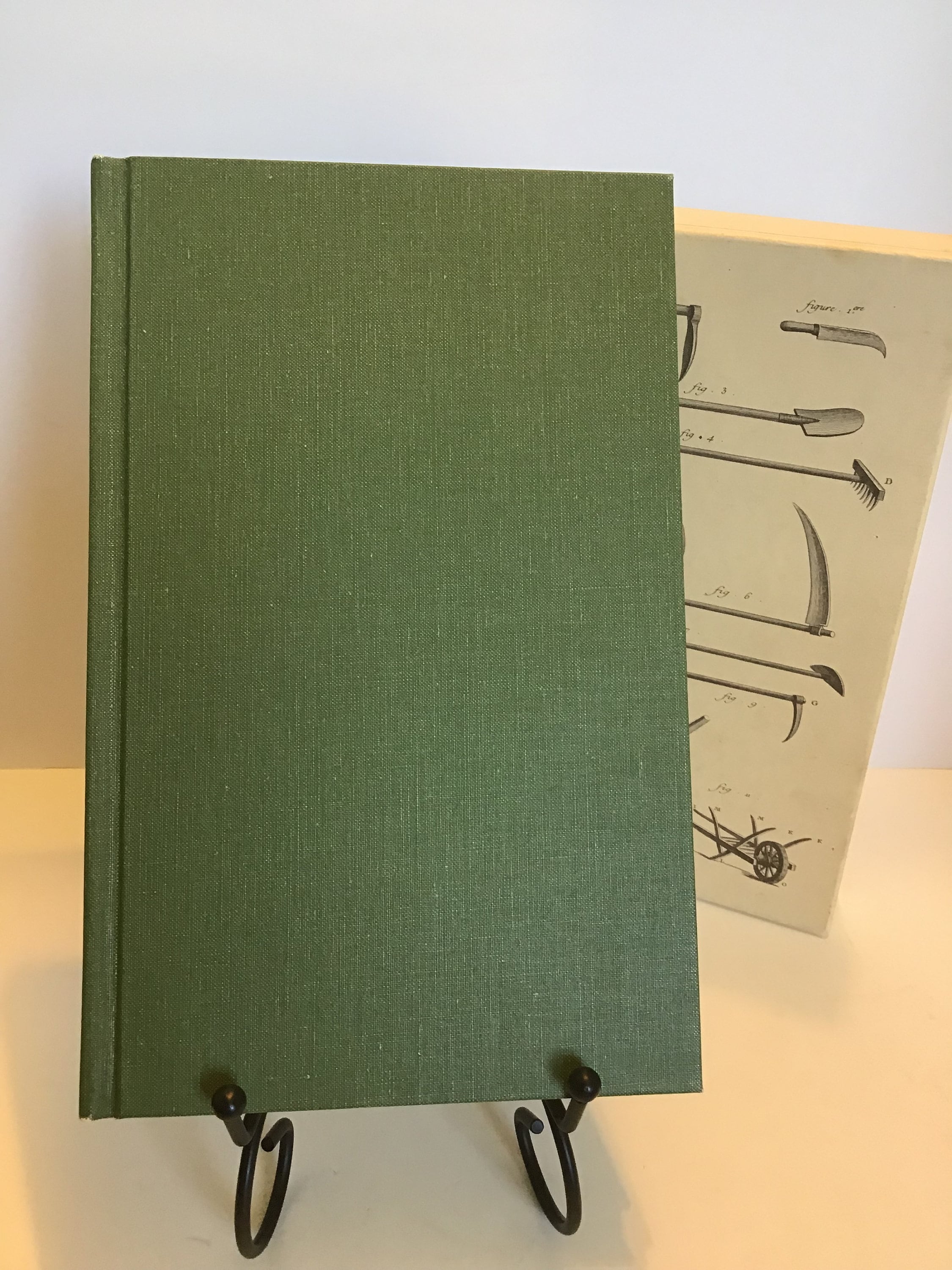 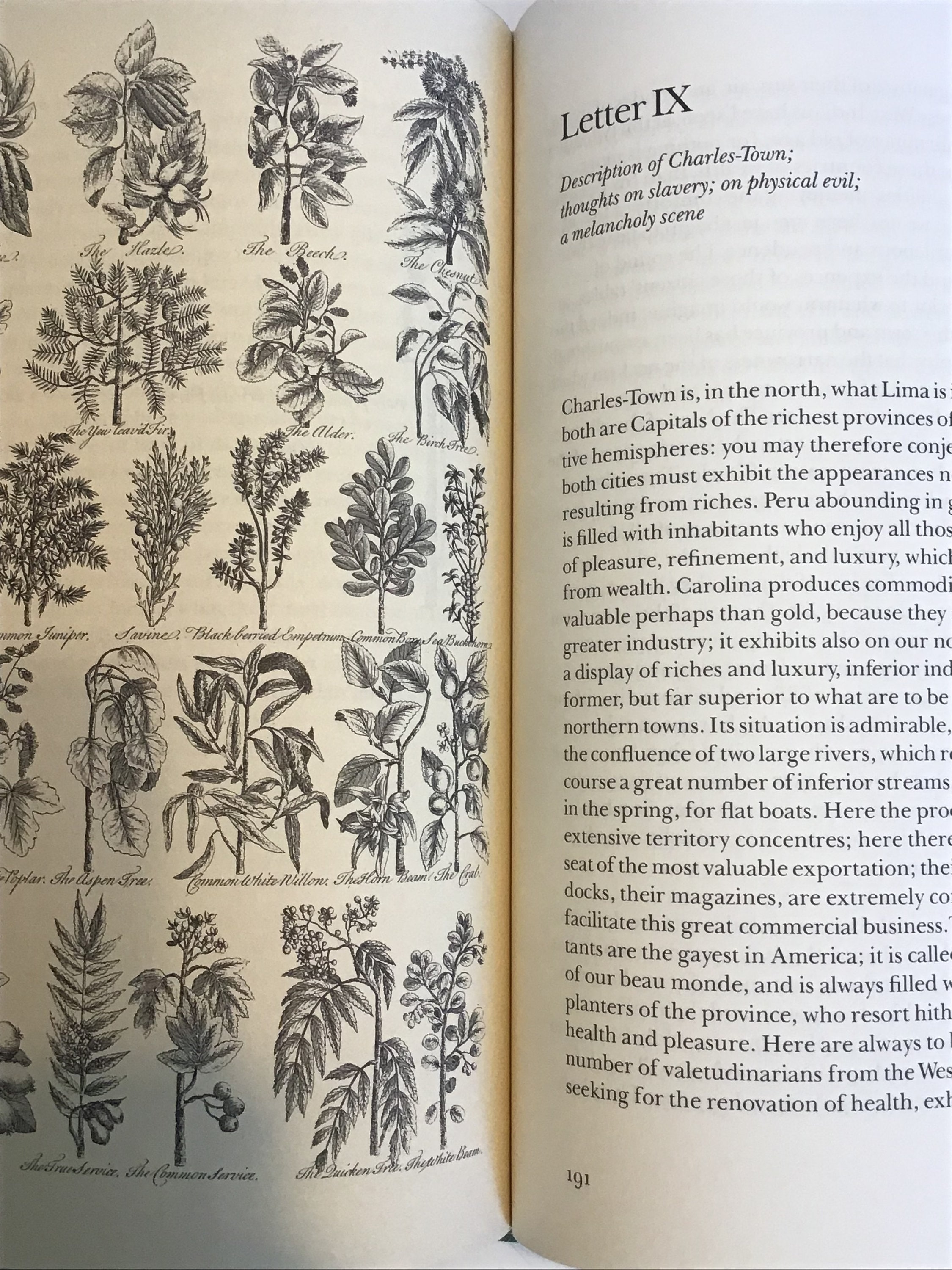 Letters from an American Farmer

This is a lovely like new hardcover with box. Westvaco Publishing, 1976. It is crisp and clean, unmarked inside. Binding tight and straight as new. Box cover is very good + with only a hint of shelf wear from display. Green cloth hardcover boards in excellent condition with only a tiny wearing at corners. Top page edges tipped in gold.

This is a lovely book with illustrations in black and white. Written by French American writer J. Hector St John (shortened from St John de Crévecoeur). First published in 1782, this is a 1976 edition. The author wrote Letters during a period of 7 yrs prior to the American Revolutionary War while farming land near Orange County, New York. It is told from the point of a fictional narrator in correspondence with an English gentleman, and each letter concerns a different aspect of life in the colonies of America. The work consists of 12 letters concerning life in the colonies. The letters exhibit a model of decline as the early letters appear optimistic in tone whereas the latter letters contain a pessimistic tone. As the colonies lurched toward war, critics disagree as to wether the author experiences disillusionment or if it was a natural progression. This glimpse into a farmers world and the letters written to a fictional character are intriguing and enlightening view into early American colony life.