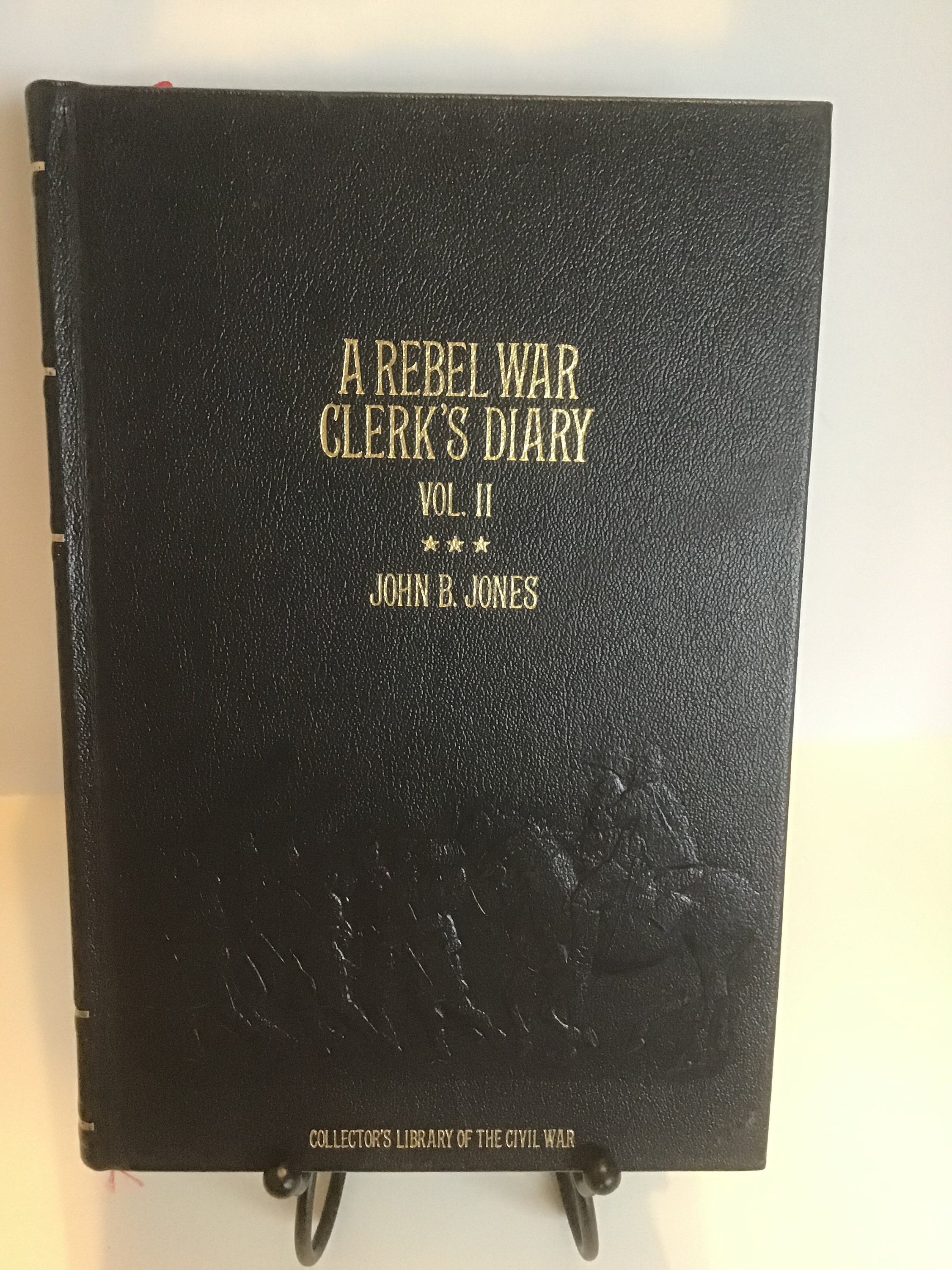 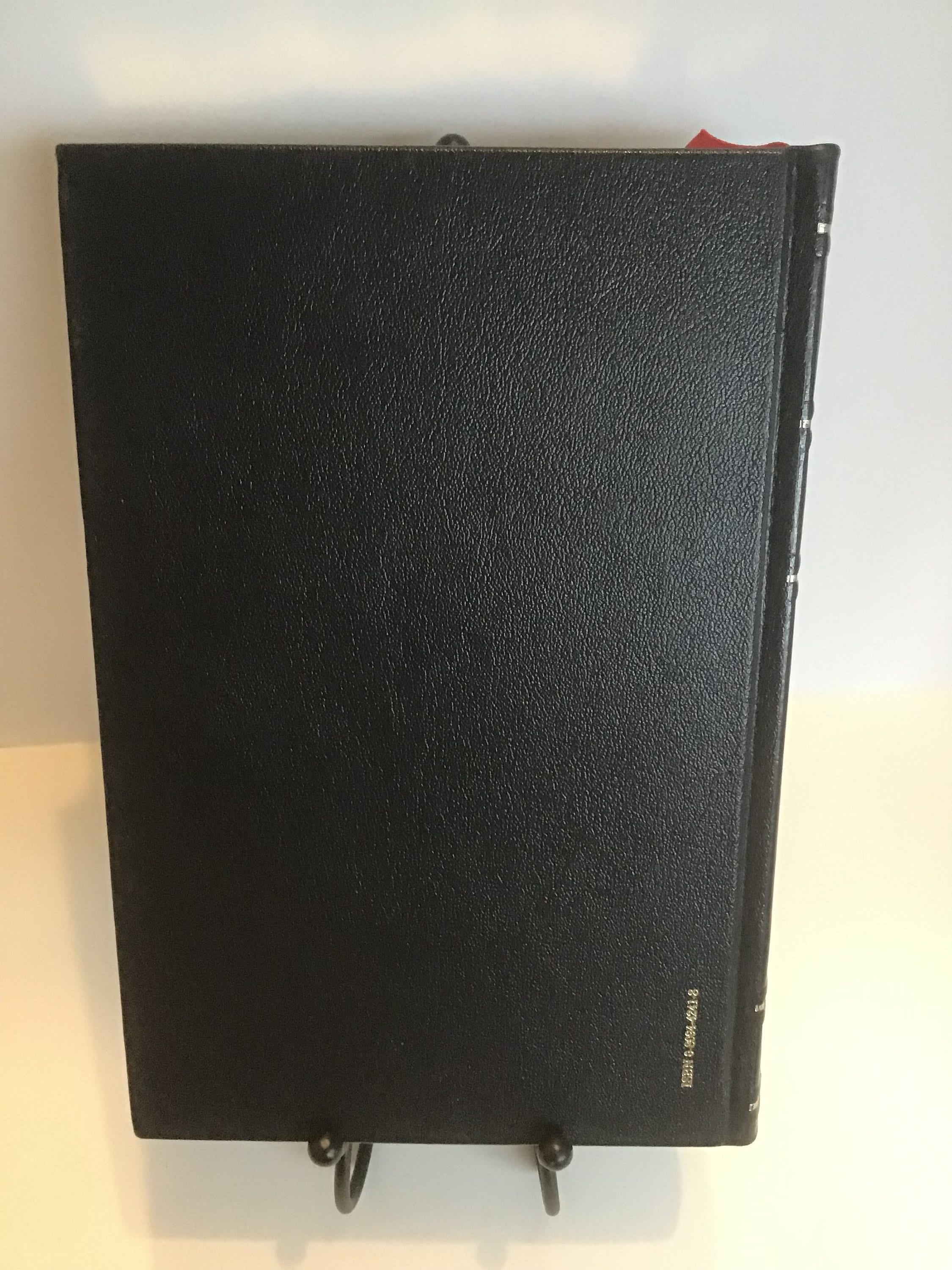 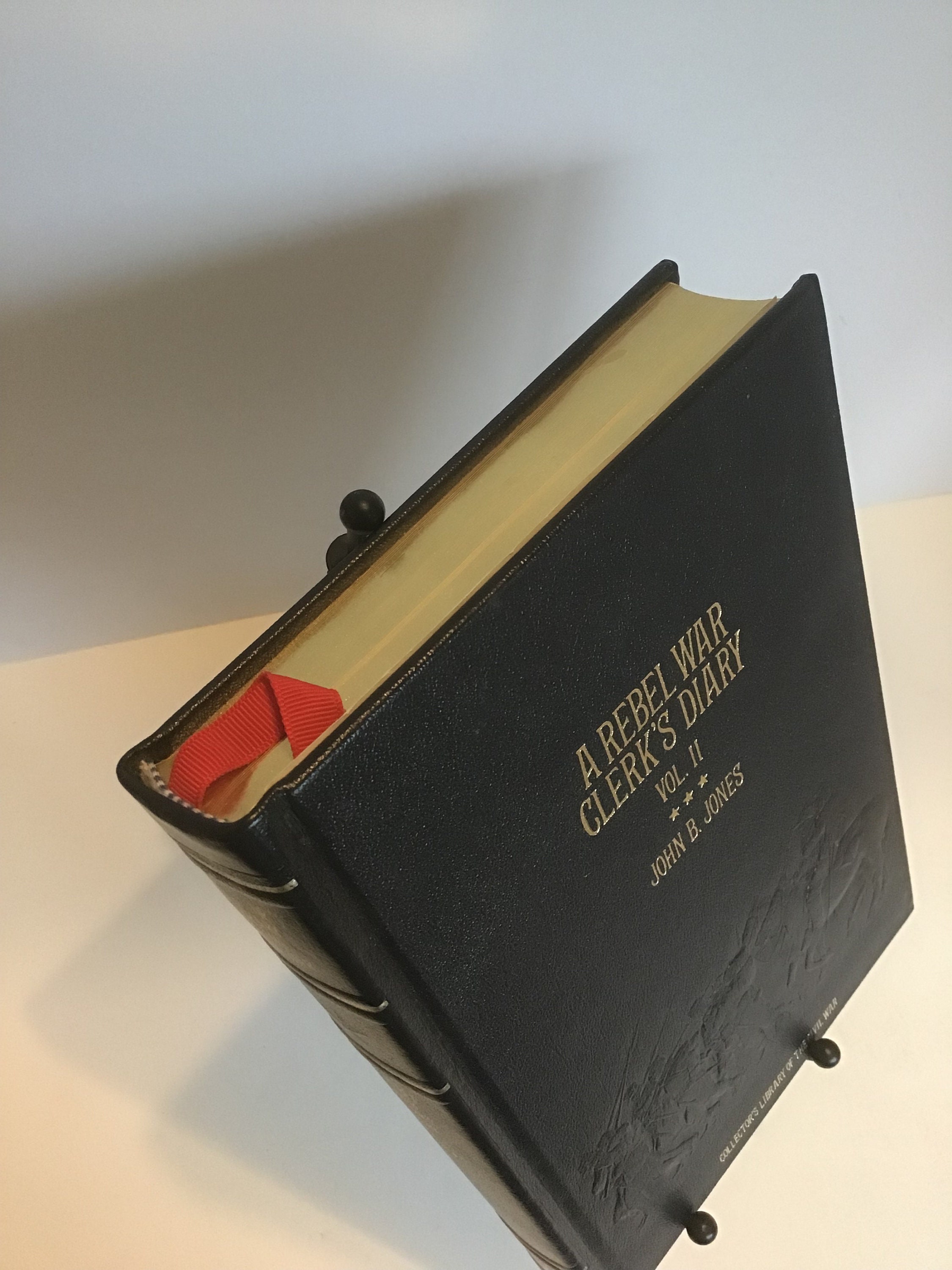 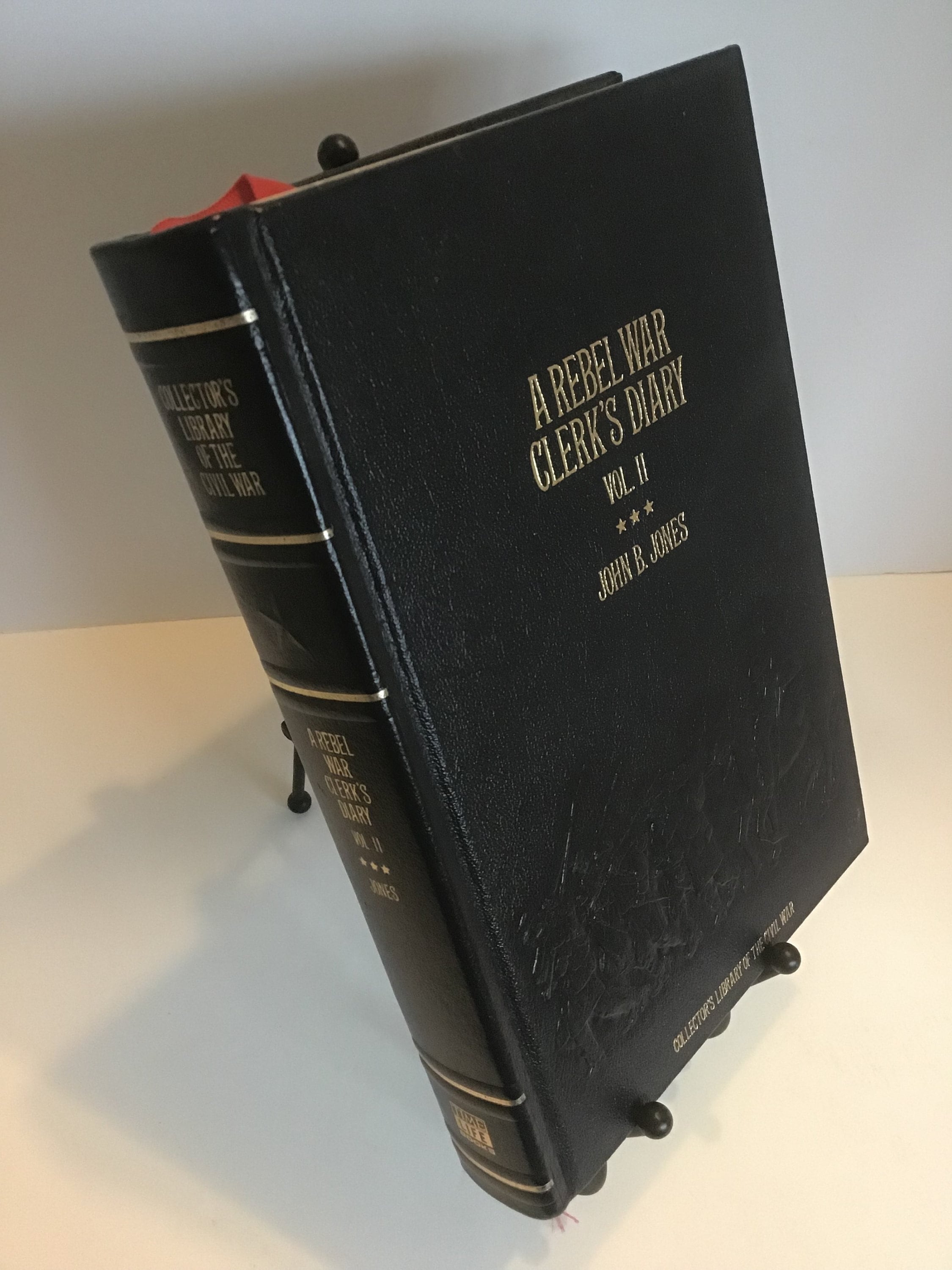 A Rebel War Clerk's Diary Volume Two only by John B. Jones

This is a rare collectible hardcover. It is from the Collectors Library of the Civil War printed by Time Life Books. Originally published in 1866, this is the 1982 reprint edition, Volume II only, NOT two volume set. This handsome book is leather bound and embossed with soldiers on front cover. Cover black leather bound, w gold gilt lettering. Gold tip page edges with red attached ribbon marker. Inside this copy is like new. No marks writing etc. seen. Pages are crisp and clean. Binding tight and straight as new. All three page edges are tipped in gold. This handsome edition is a true collectible and wonderful addition to any Civil War or history library.

This leatherbound volume like all in the Collector's Library of the Civil War has been photographically reproduced from a first edition and thus preserves the historical authenticity of the original, including typographical errors and printing irregularities.
This is the diary of a Confederate clerk for the Confederate War Dept. John Beauchamp Jones clerkship paid him $1,200 yearly Only days before the firing on Fort Sumter, he headed to Richmond to volunteer. He started to write his Rebel War Clerk's Diary on the day of his departure. His daily entries mirrored the hopes, reactions and feelings of the Southern capital and its government. Upon the wars end he lived for several months in Virginia and reworked the diary somewhat. That became known as the diaries only weakness as he rewrote several passages without proper regard for chronology. As an example, he dated the battle of Shiloh as April 1 1862, though the engagement did not begin till 5 days later. The mistakes are minor though, and the value of the diary has been upheld throughout the year. This is a true collectible any Civil War historian or novice would consider a handsome addition.