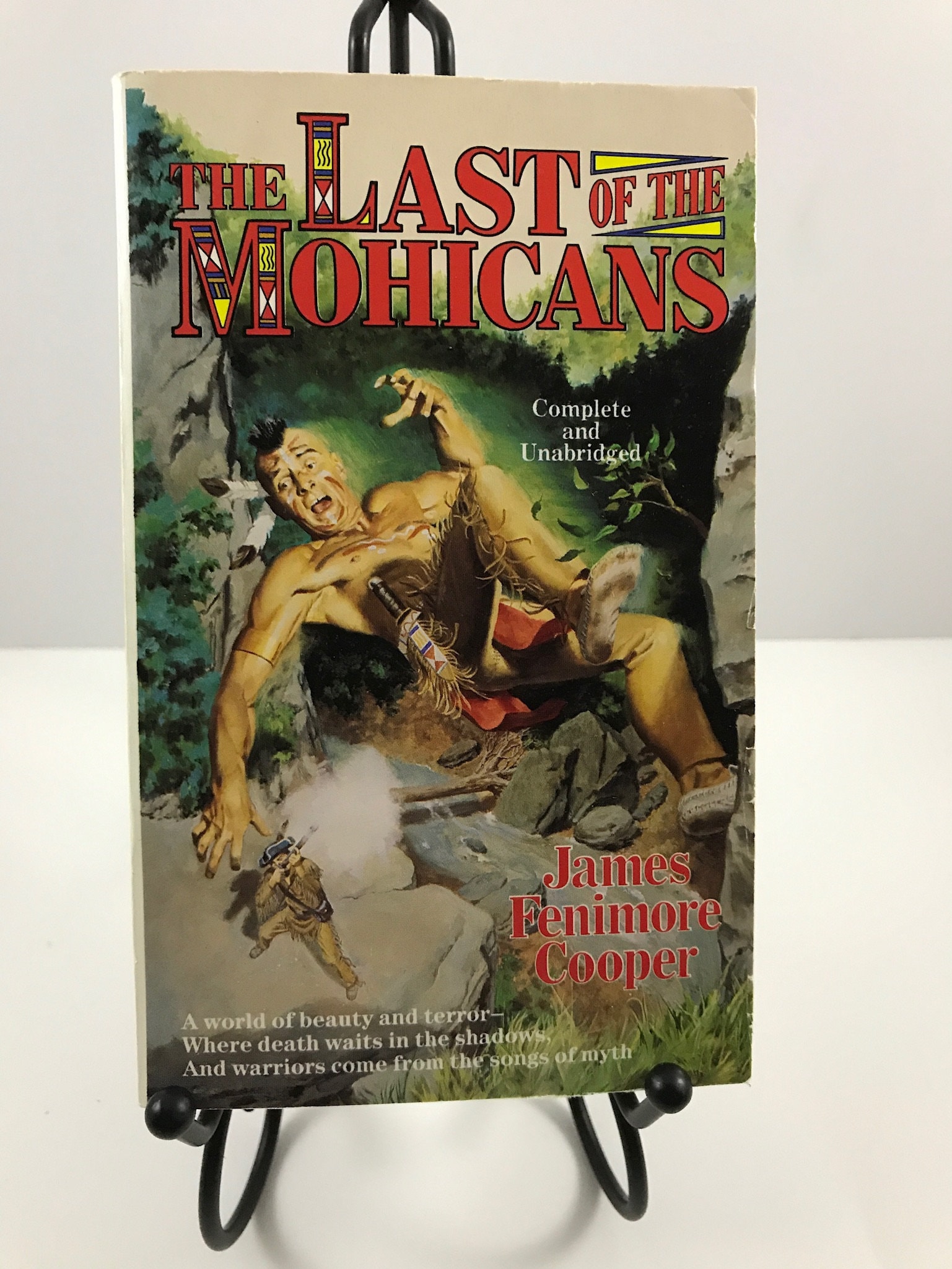 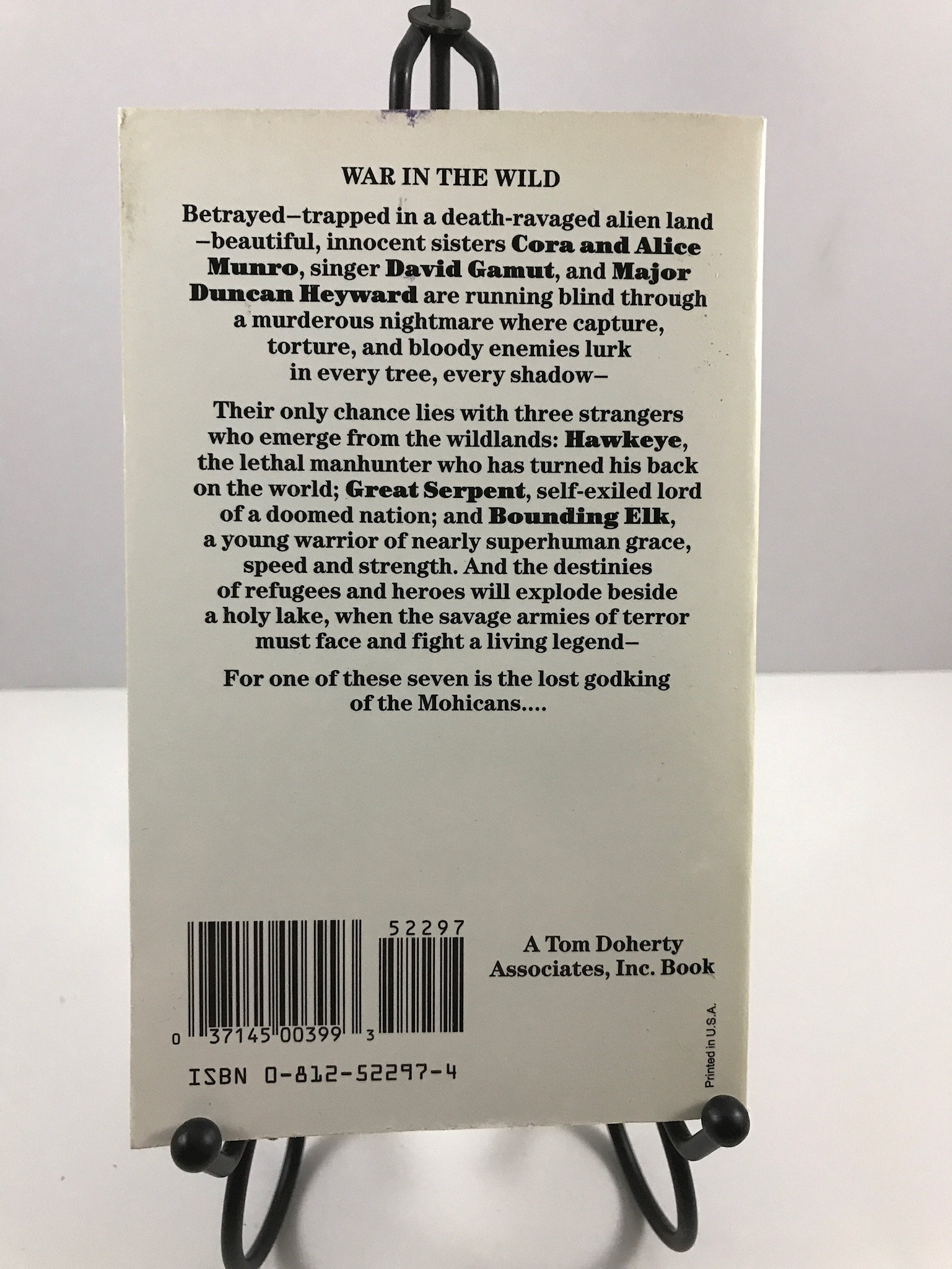 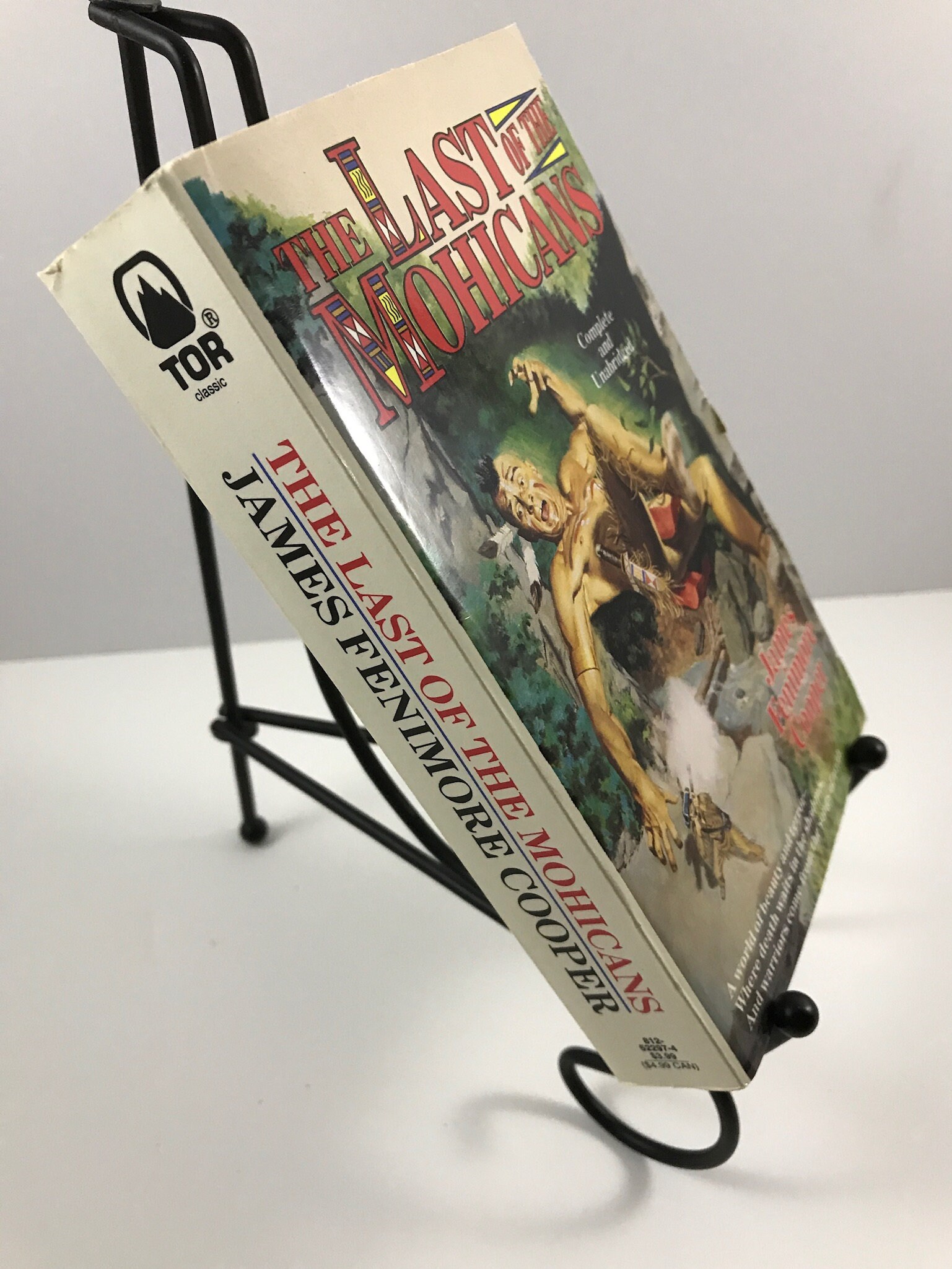 The Last of The Mohicans by James Fenimore Cooper

This is a wonderful like new vintage paperback. First TOR Books edition 1992. It is crisp and clean, unmarked inside. Binding tight and straight. No creasing along spine. Cover clean and shiny with only a hint of shelf wear from display.

This is the classic literary narrative of 1757 set during the French and Indian War when both the French and the British battled for control of North America. Both countries used Native American allies, but the French were particularly dependent as they were outnumbered in the frontier areas. The novel is set primarily in upper New York wilderness, detailing the transport of the 2 daughters of Colonel Munro to a safe destination at Fort William Henry. The novel is one of the most popular since its publication and an American Literary treasure. Wonderful addition to any literary library.