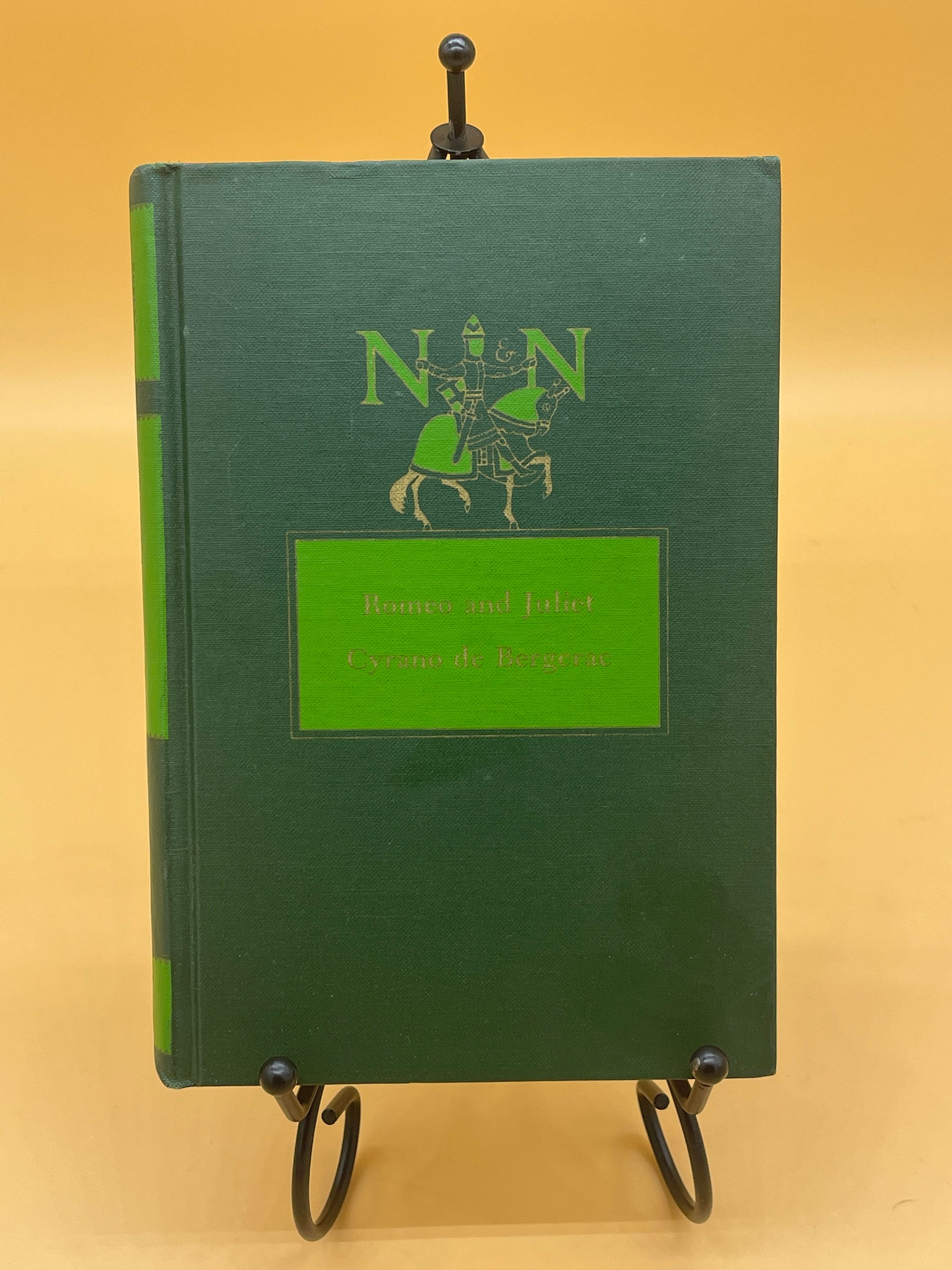 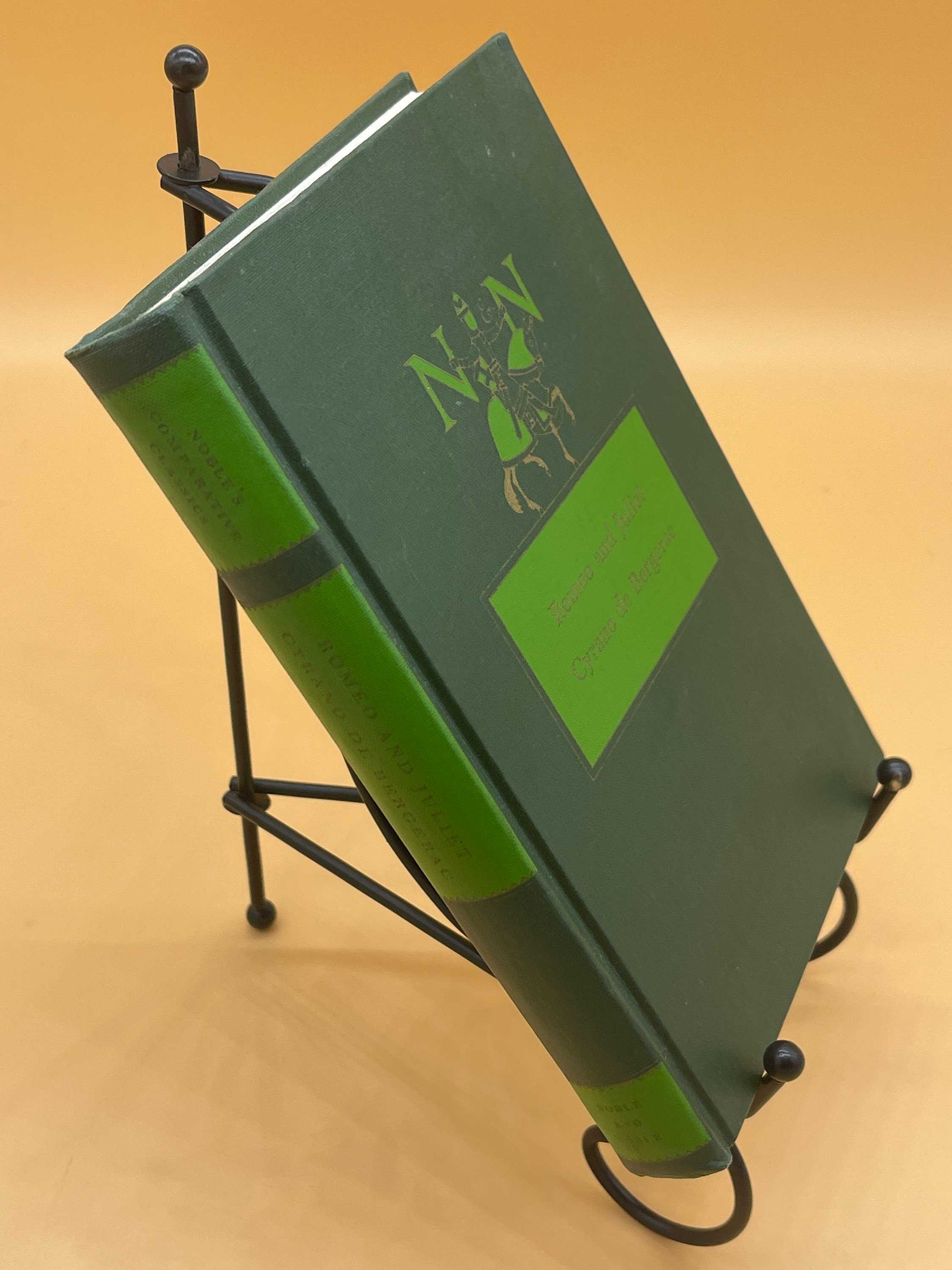 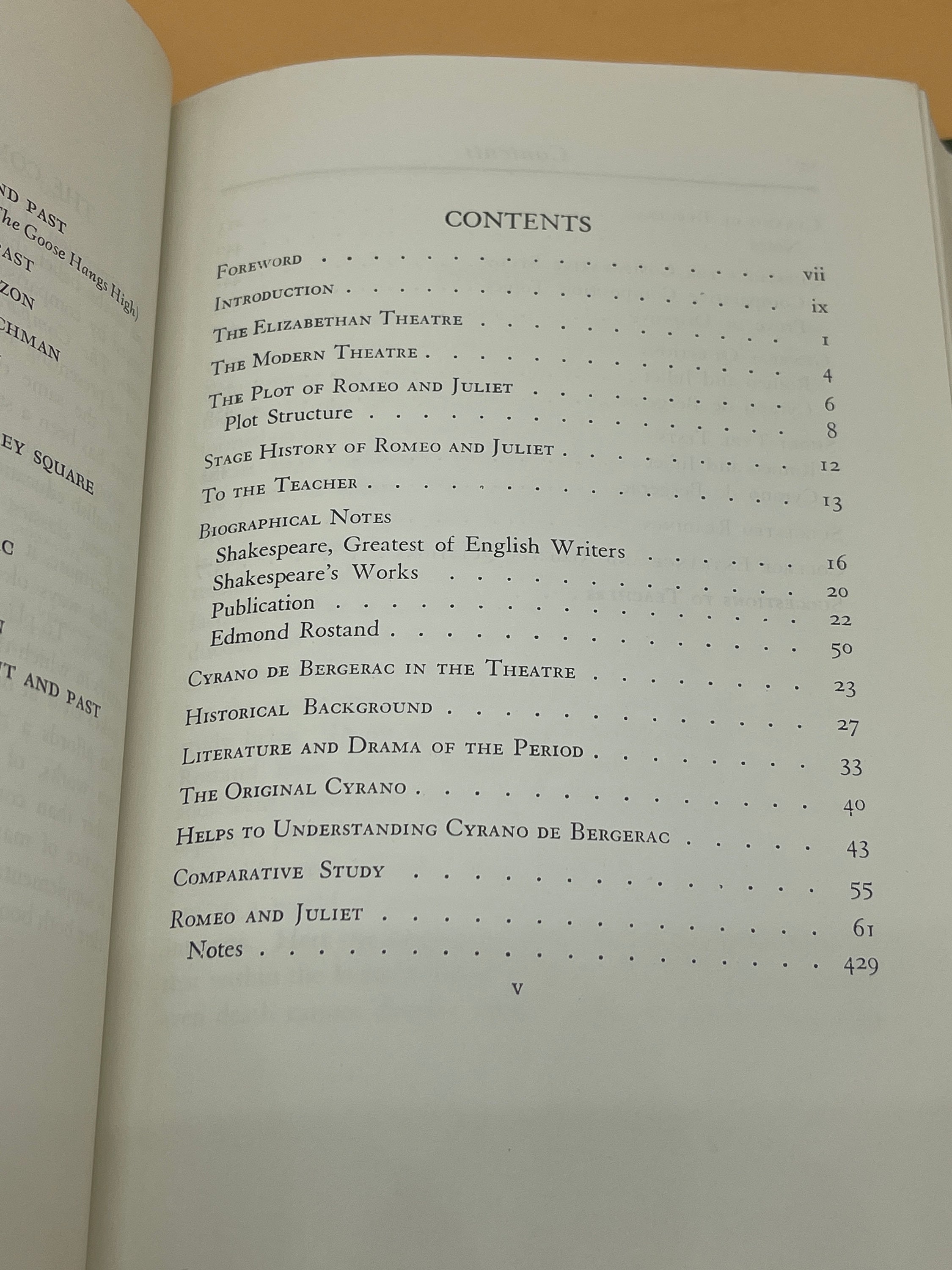 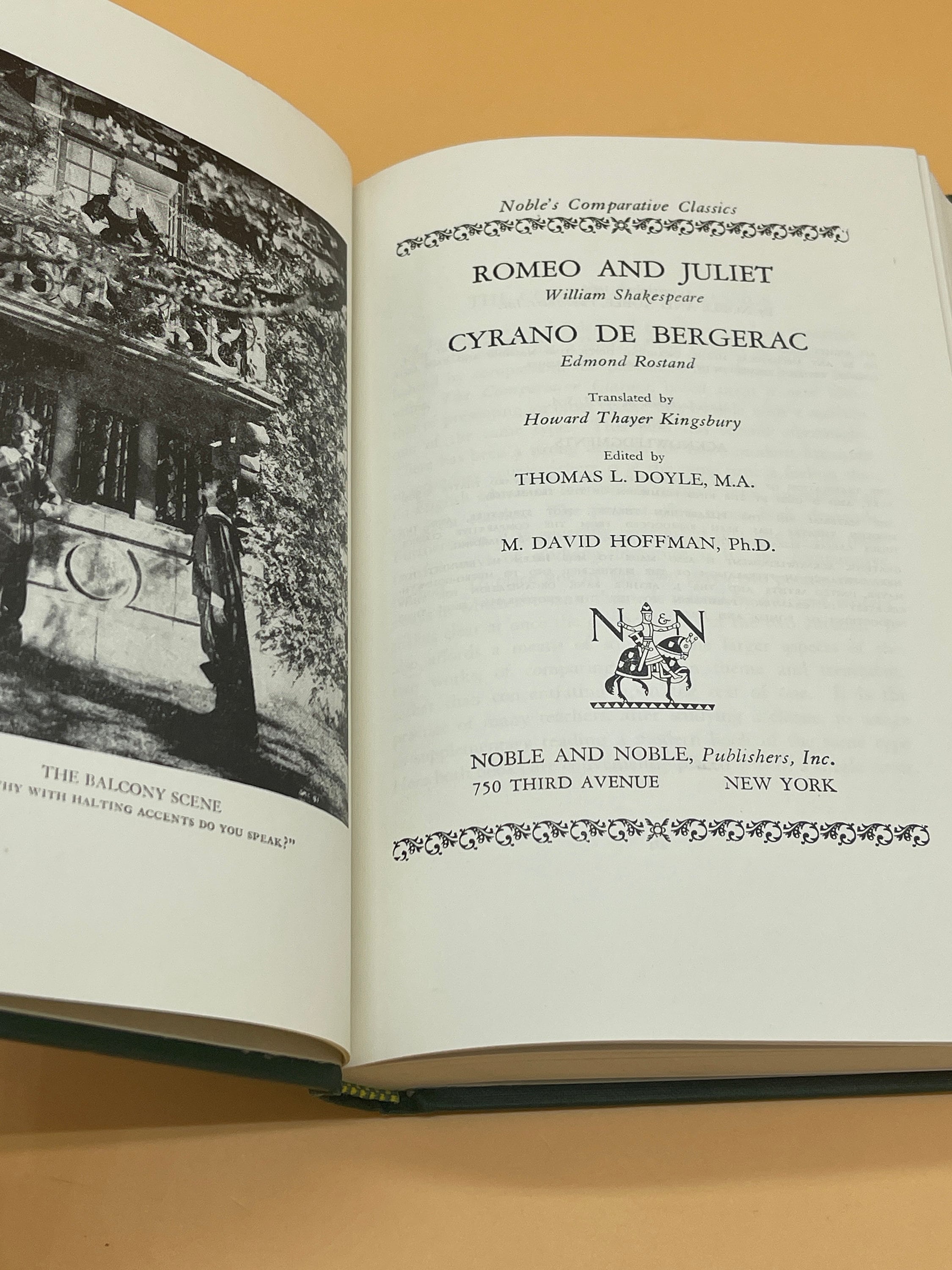 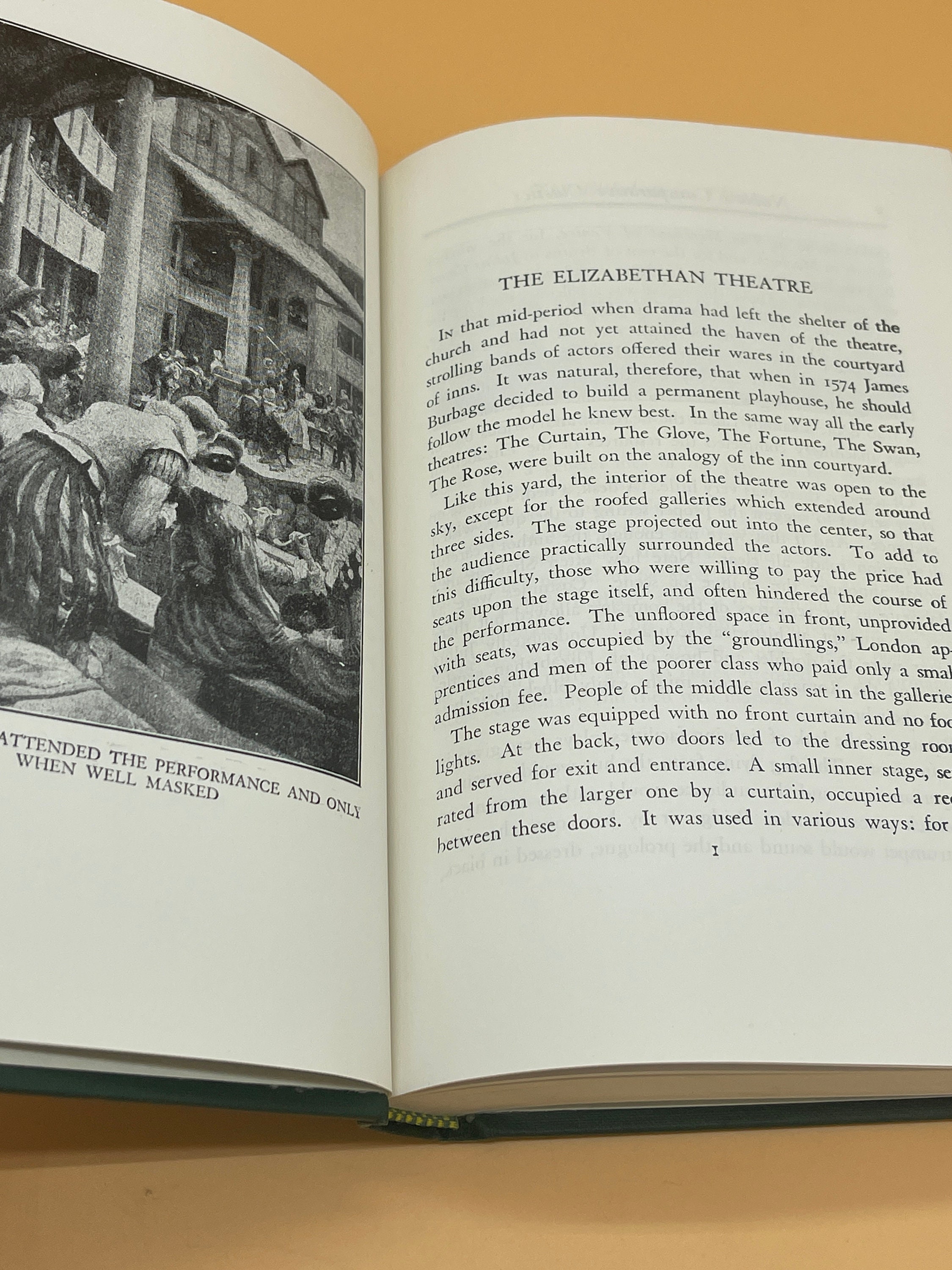 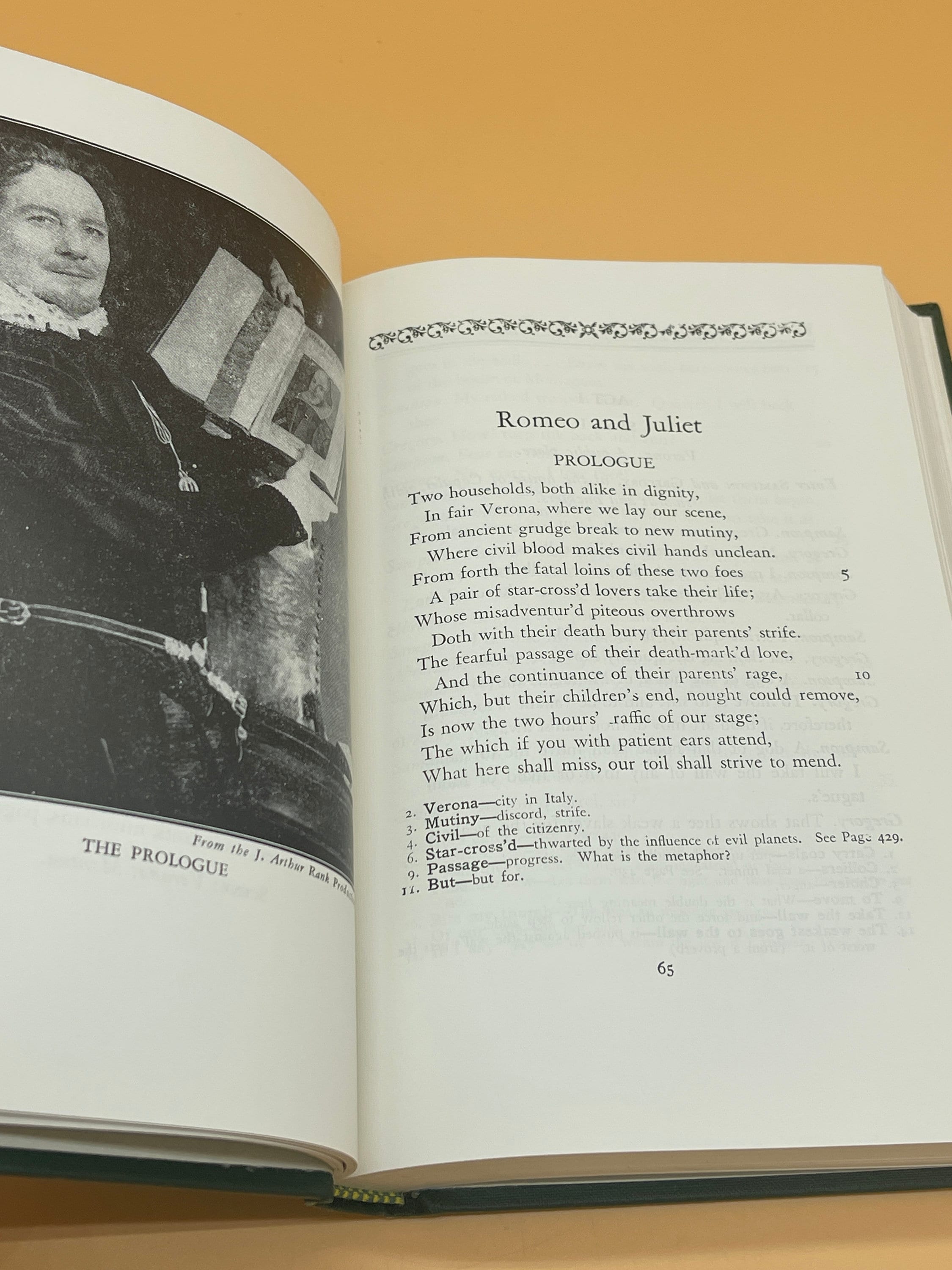 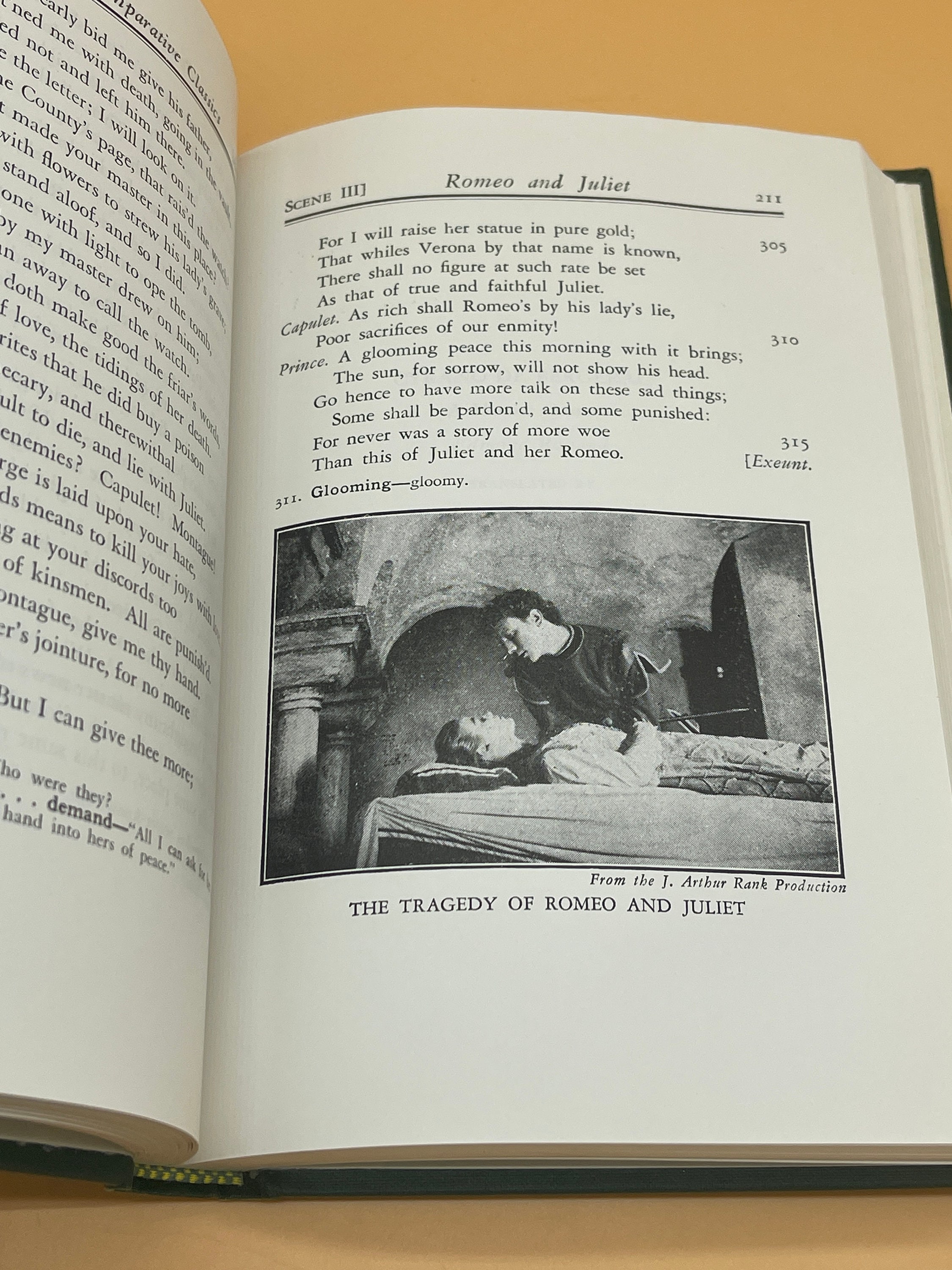 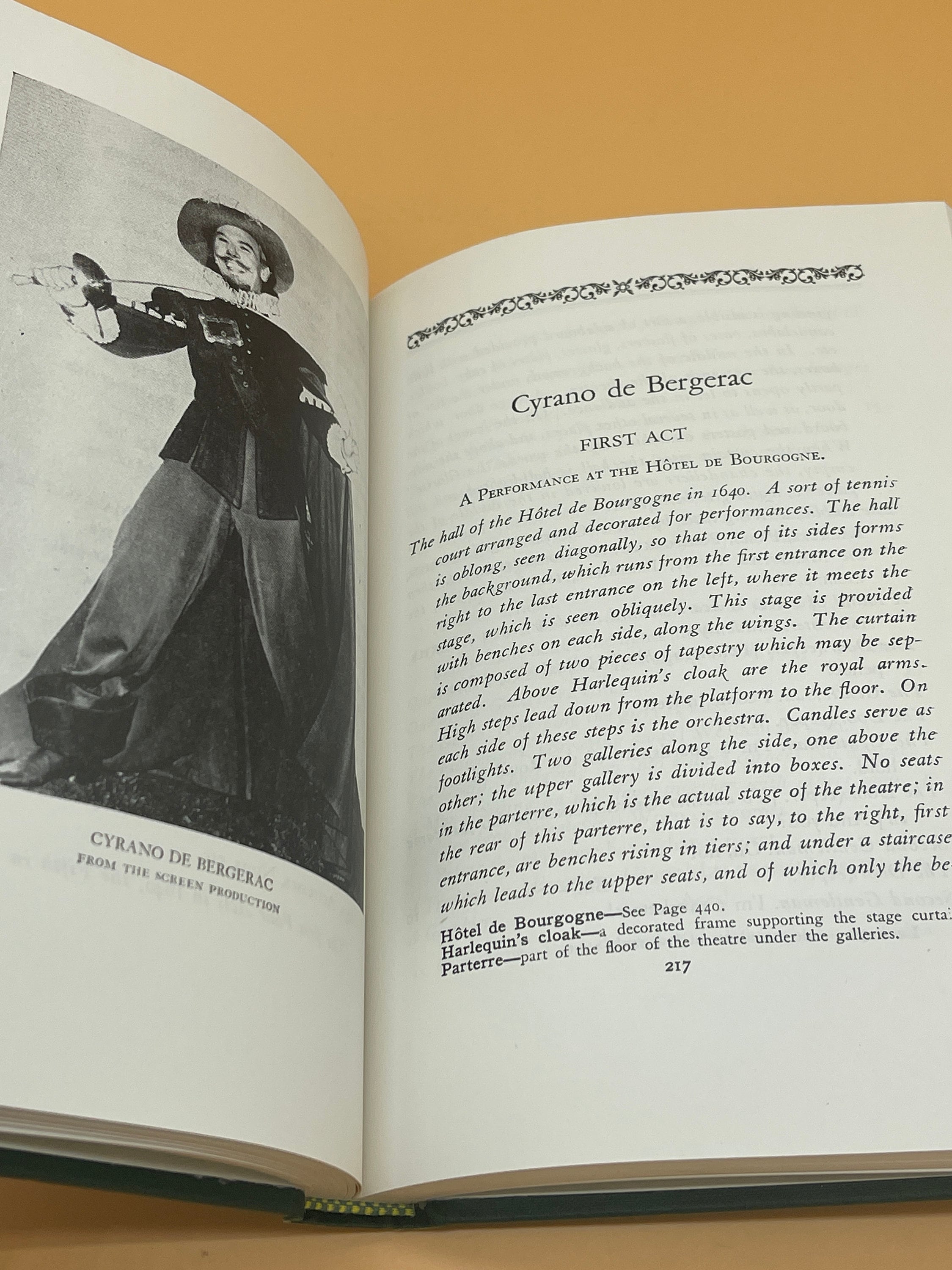 This is a very good hardcover. 1965 Noble and Noble Books, Noble's Comparative Classics. This copy is still crisp and clean inside and out. The pages are crisp, clean with no markings seen. The binding is tight and straight. Olive green hardcover boards are also very good front and back with only a hint of shelf wear. Crown octavo size or 5" x 8" with 432 pages.


The Noble Comparative Classics were designed to examine and compare the Greek, Roman or other classic traditions, In this case, one would assume the comparatives are French and Greek. The comparative plan also presents an older classic side by side with a modern one of the same type. Often, after studying a classic, teachers will to assign a modern book of the same type, comparing the theme and treatment.

Both titles were translated by Howard Thayer Kingsbury and each is line-numbered for reference. The edition also features vintage photos such as Shakespeare's Birthplace and Anne Hathaway's cottage along with play photos such as "The Balcony Scene" and others.