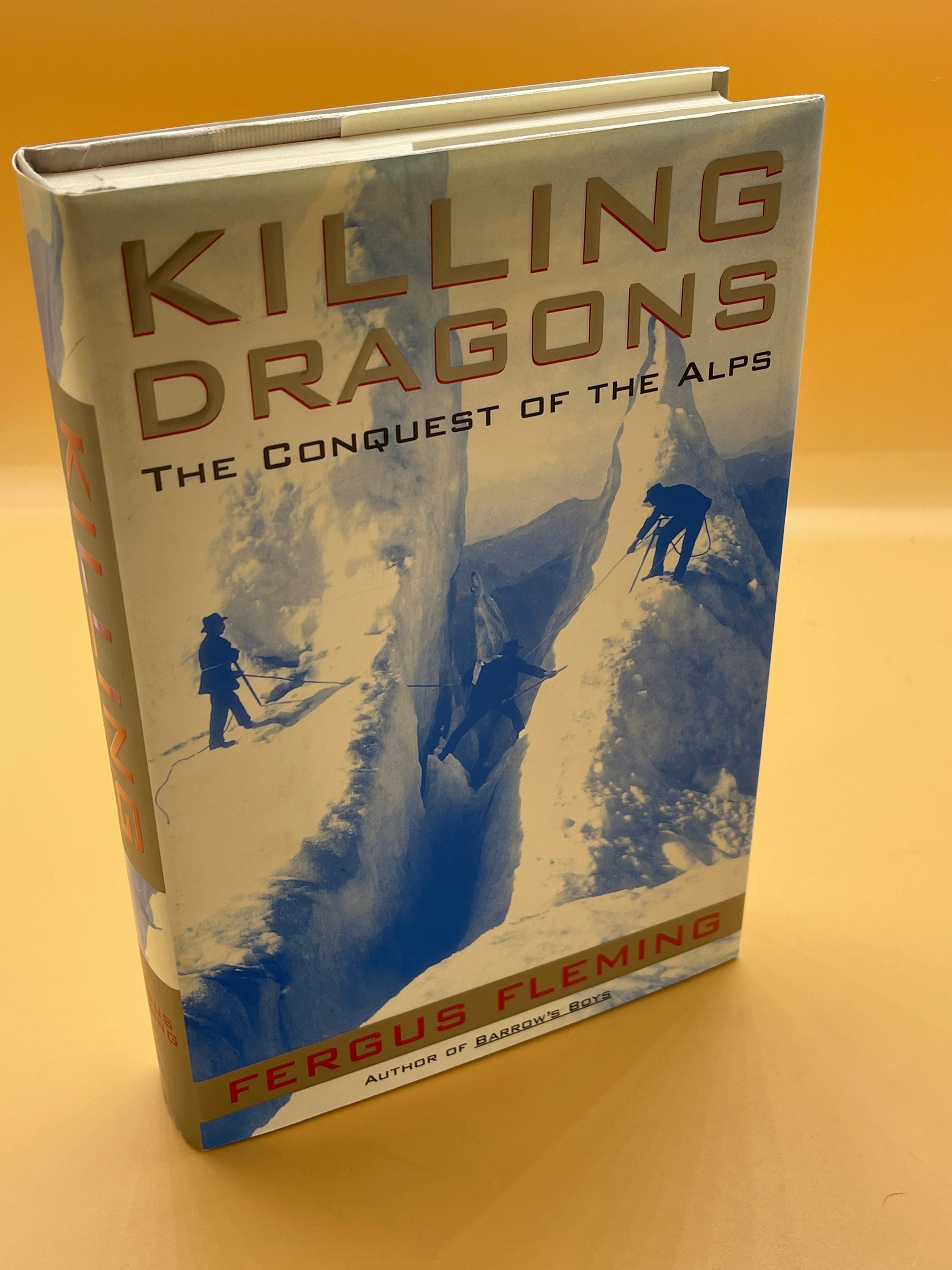 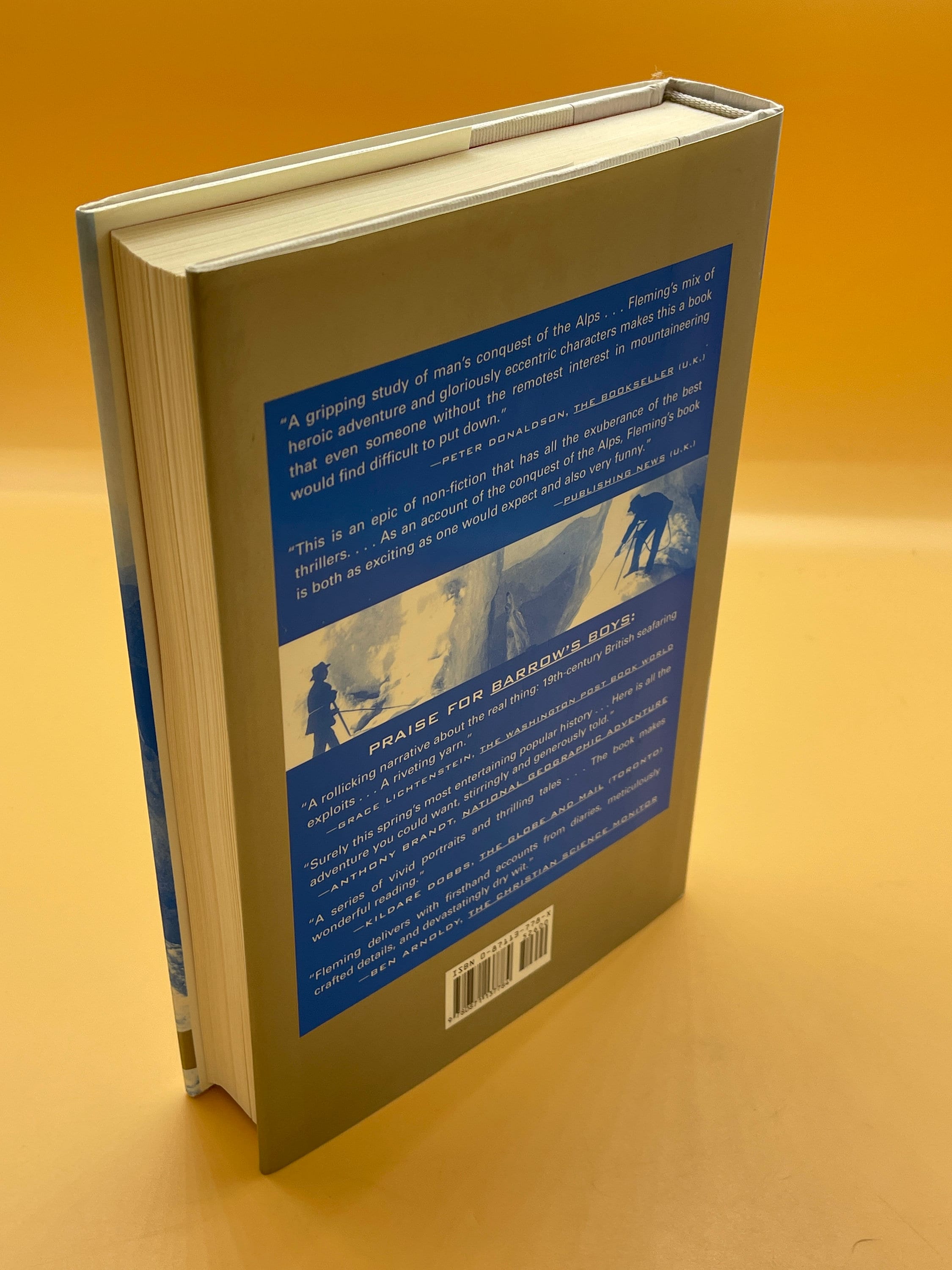 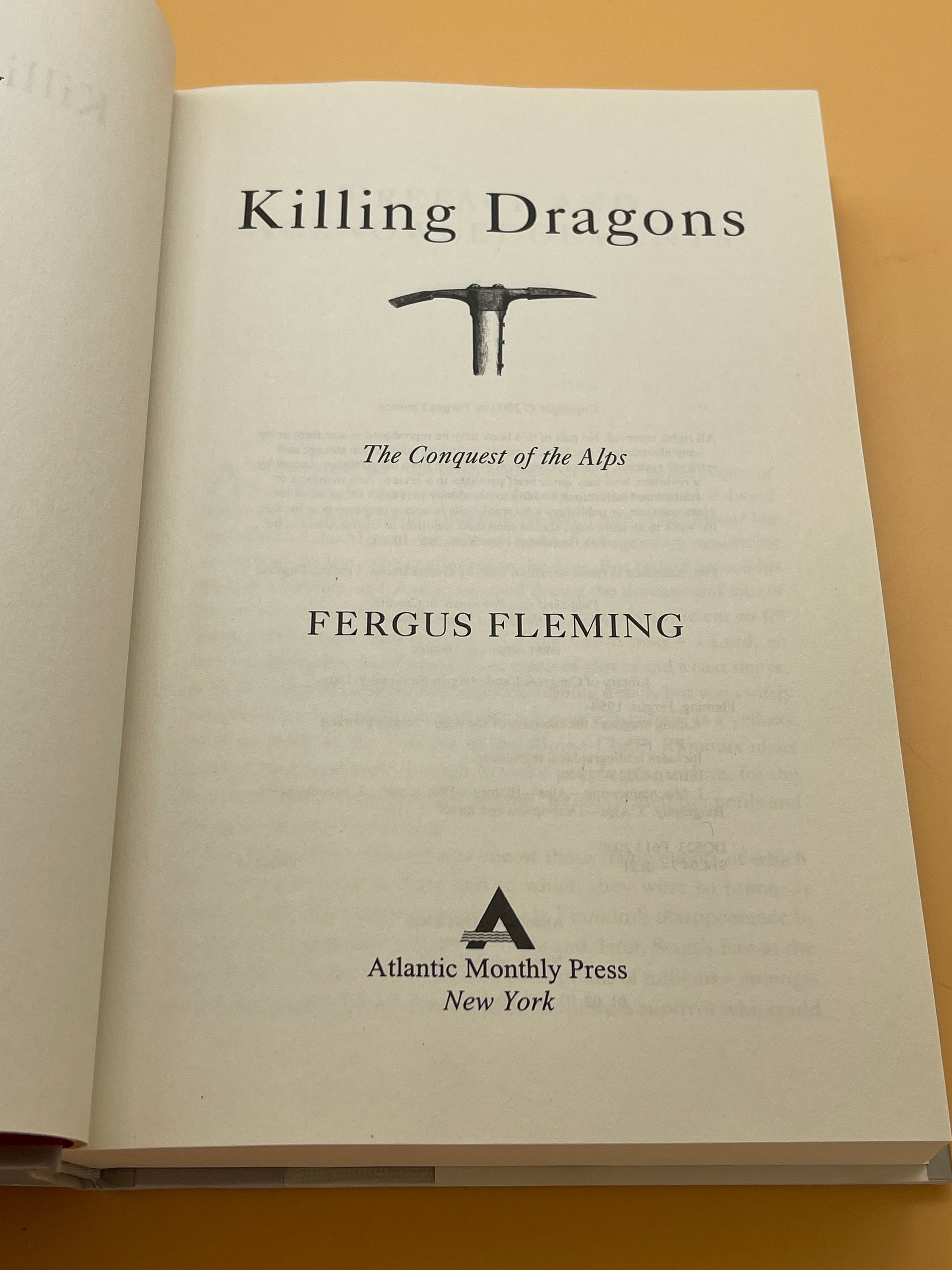 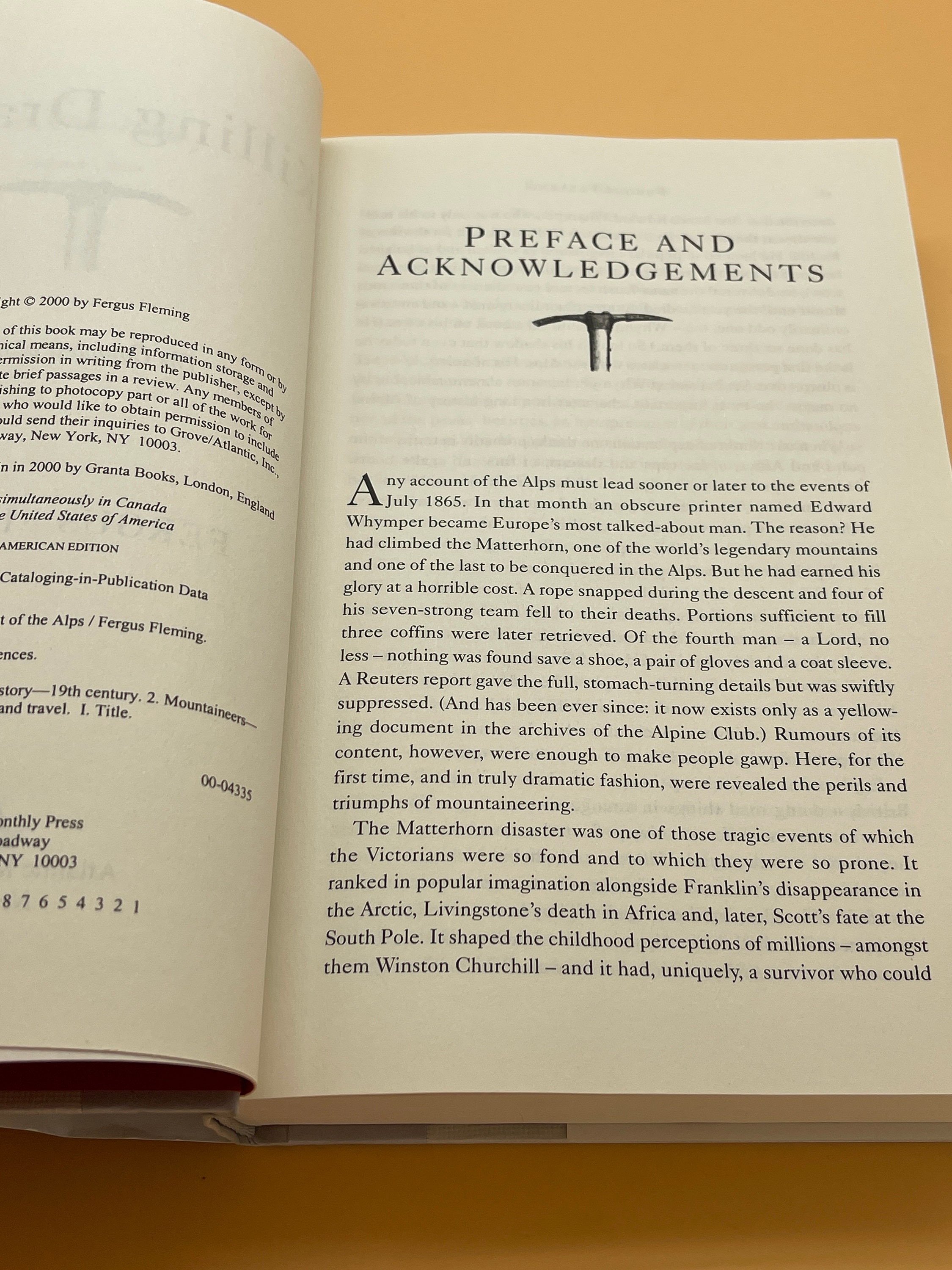 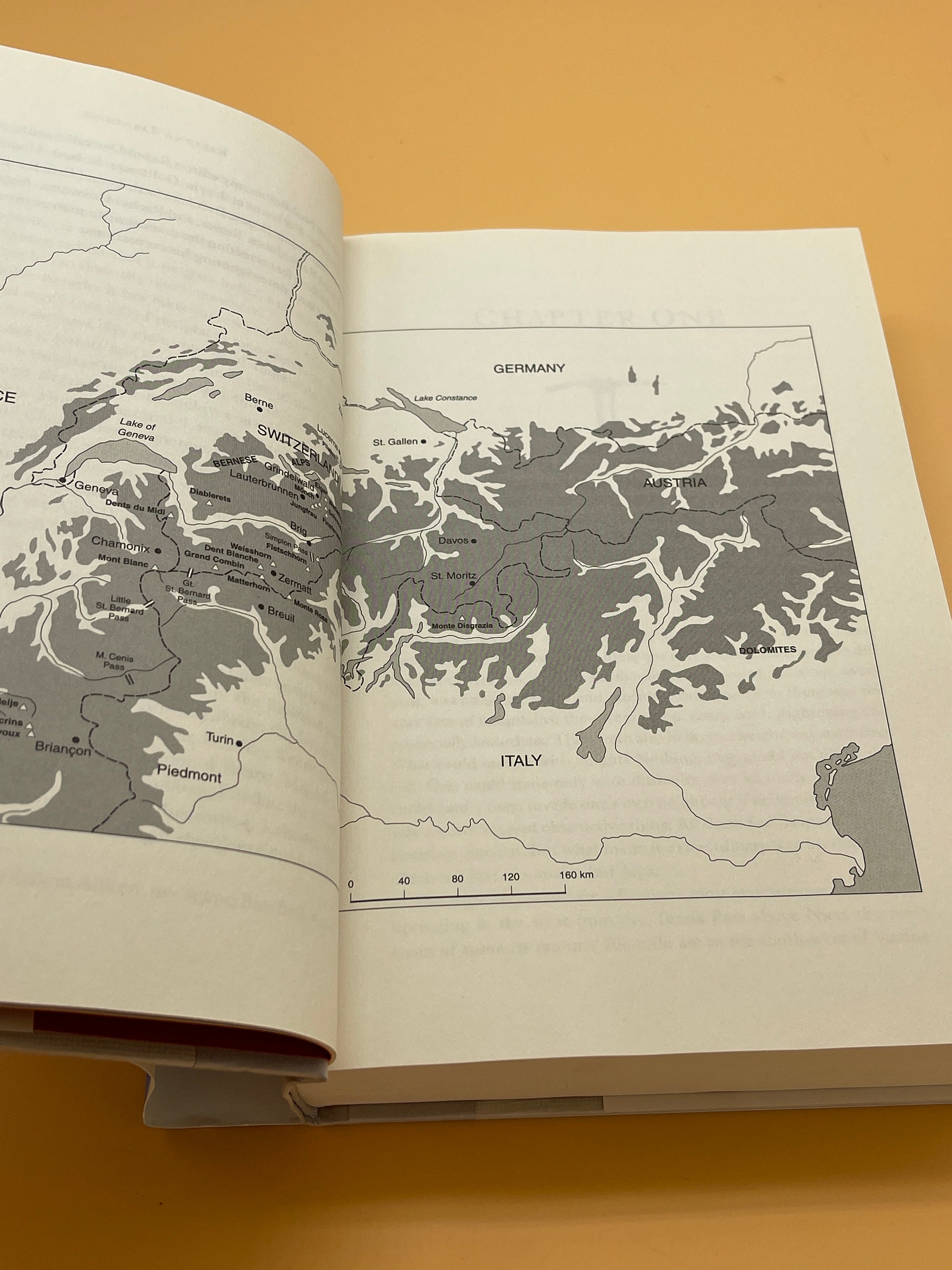 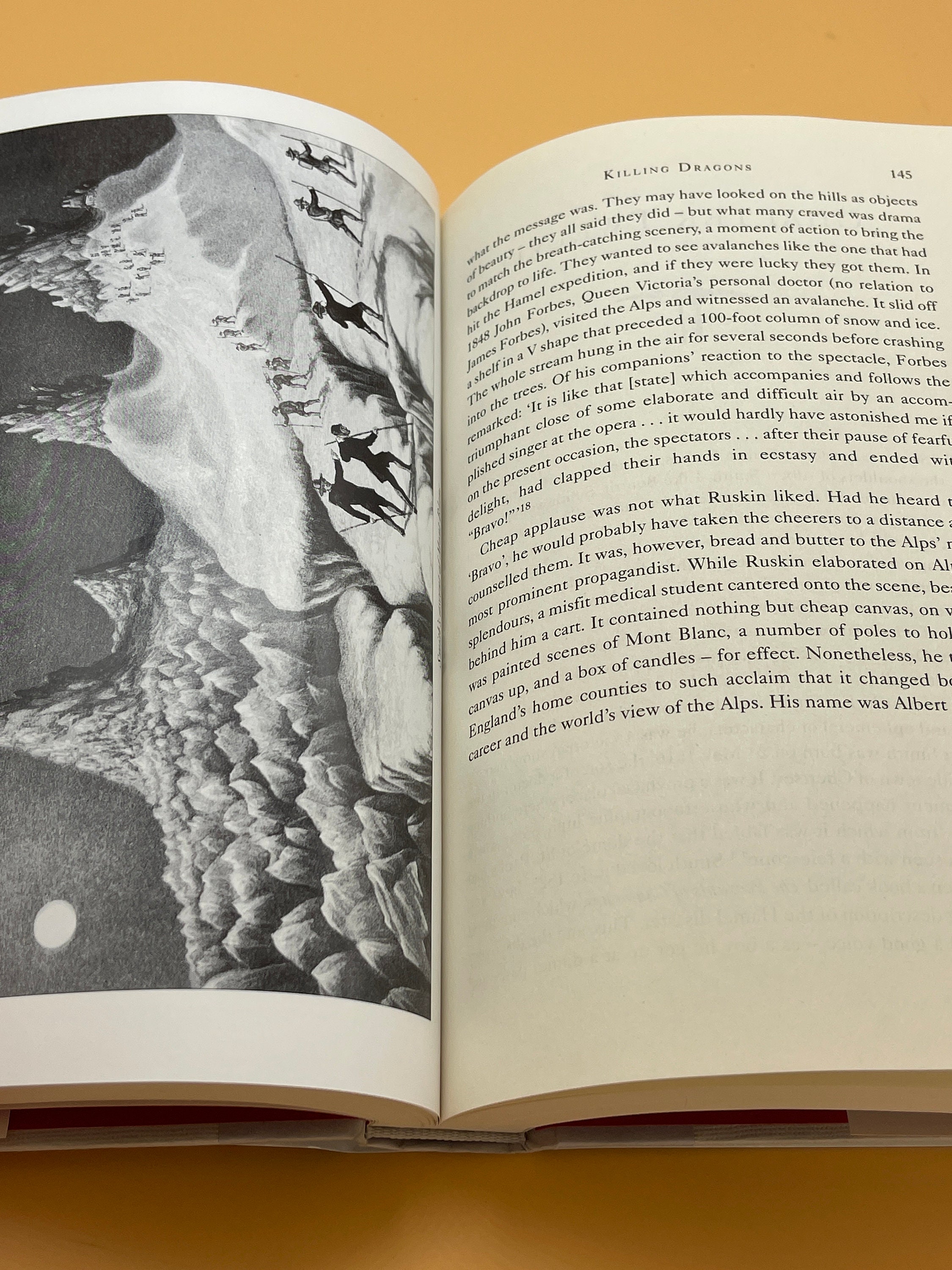 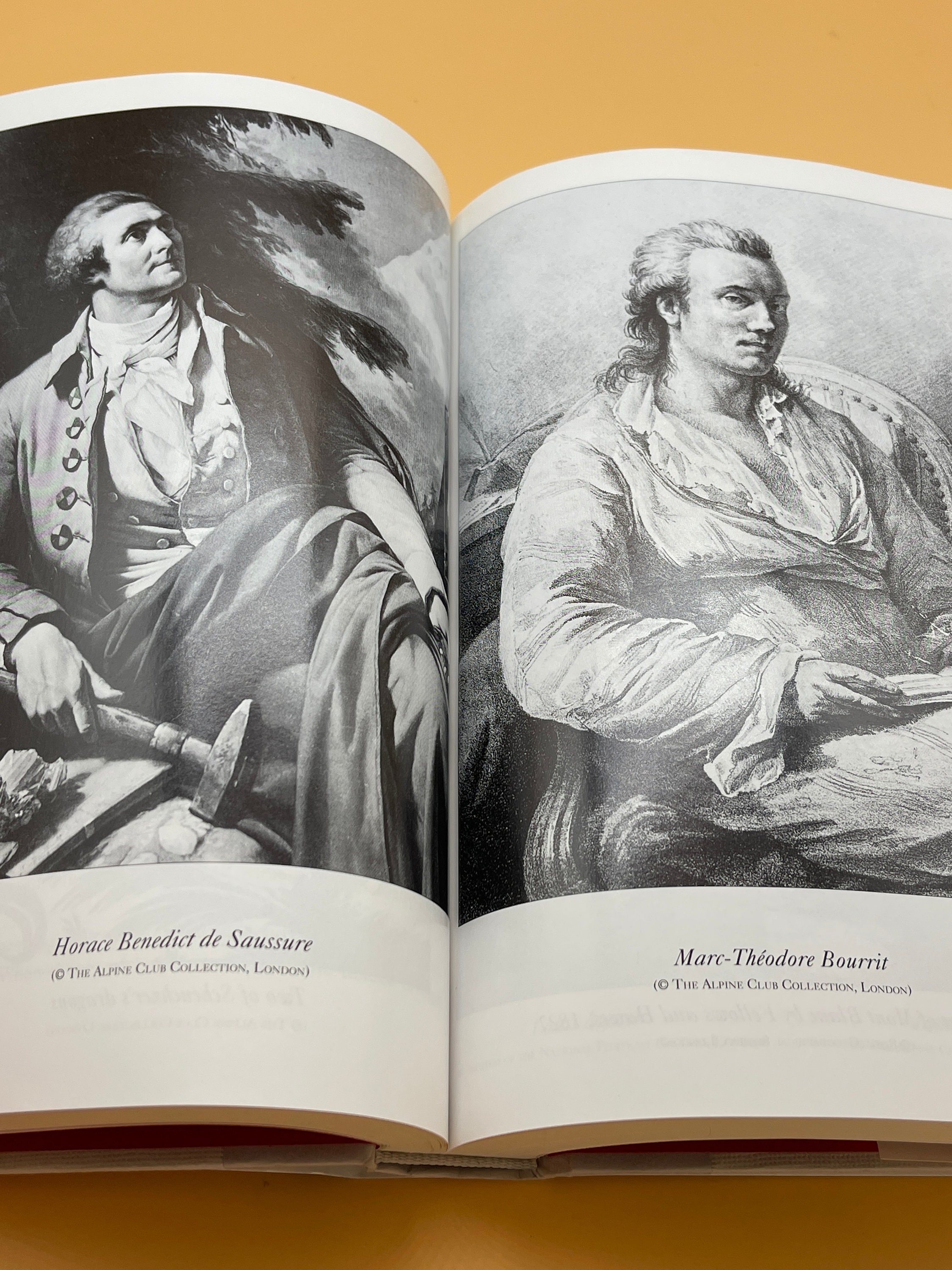 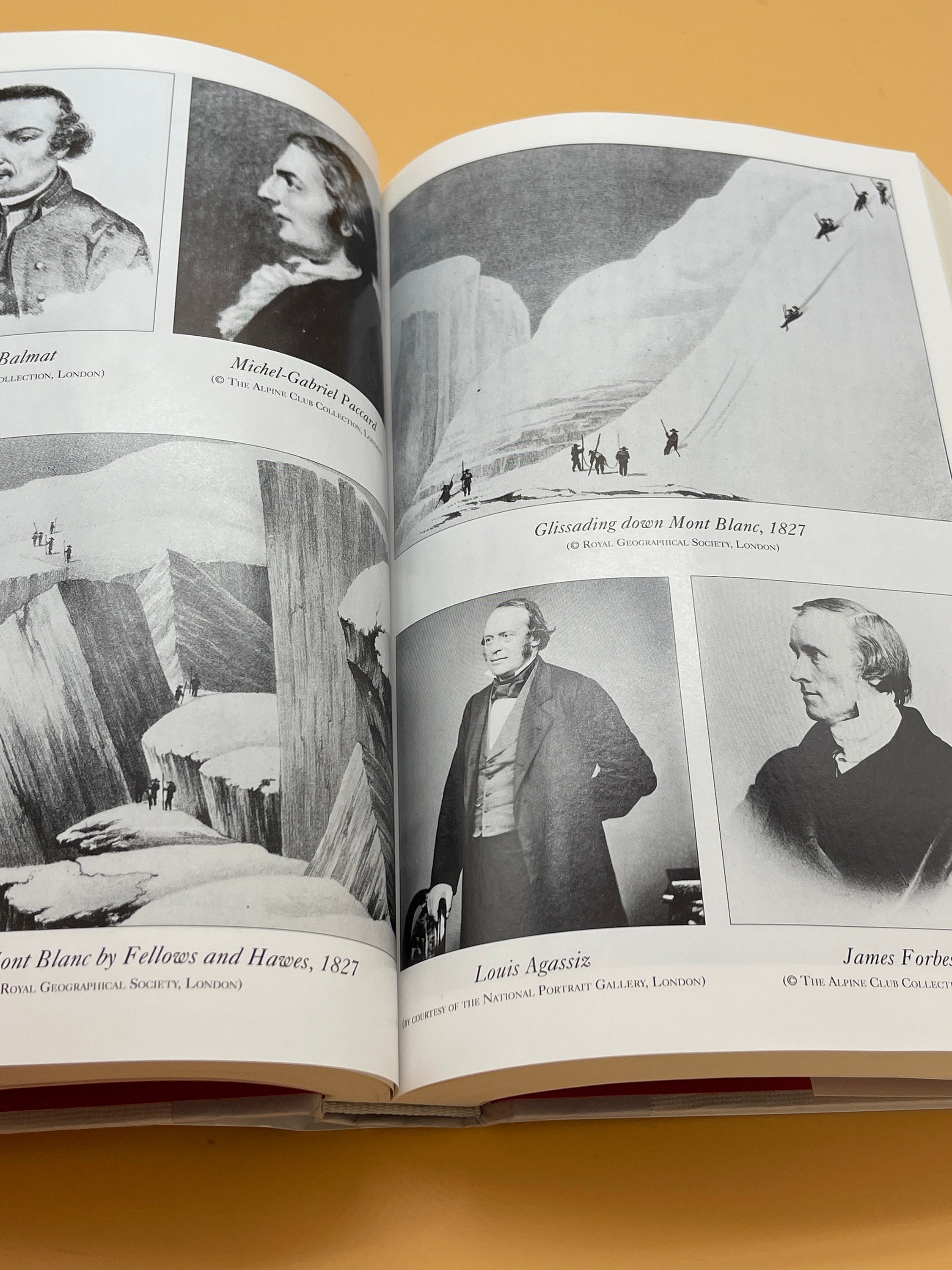 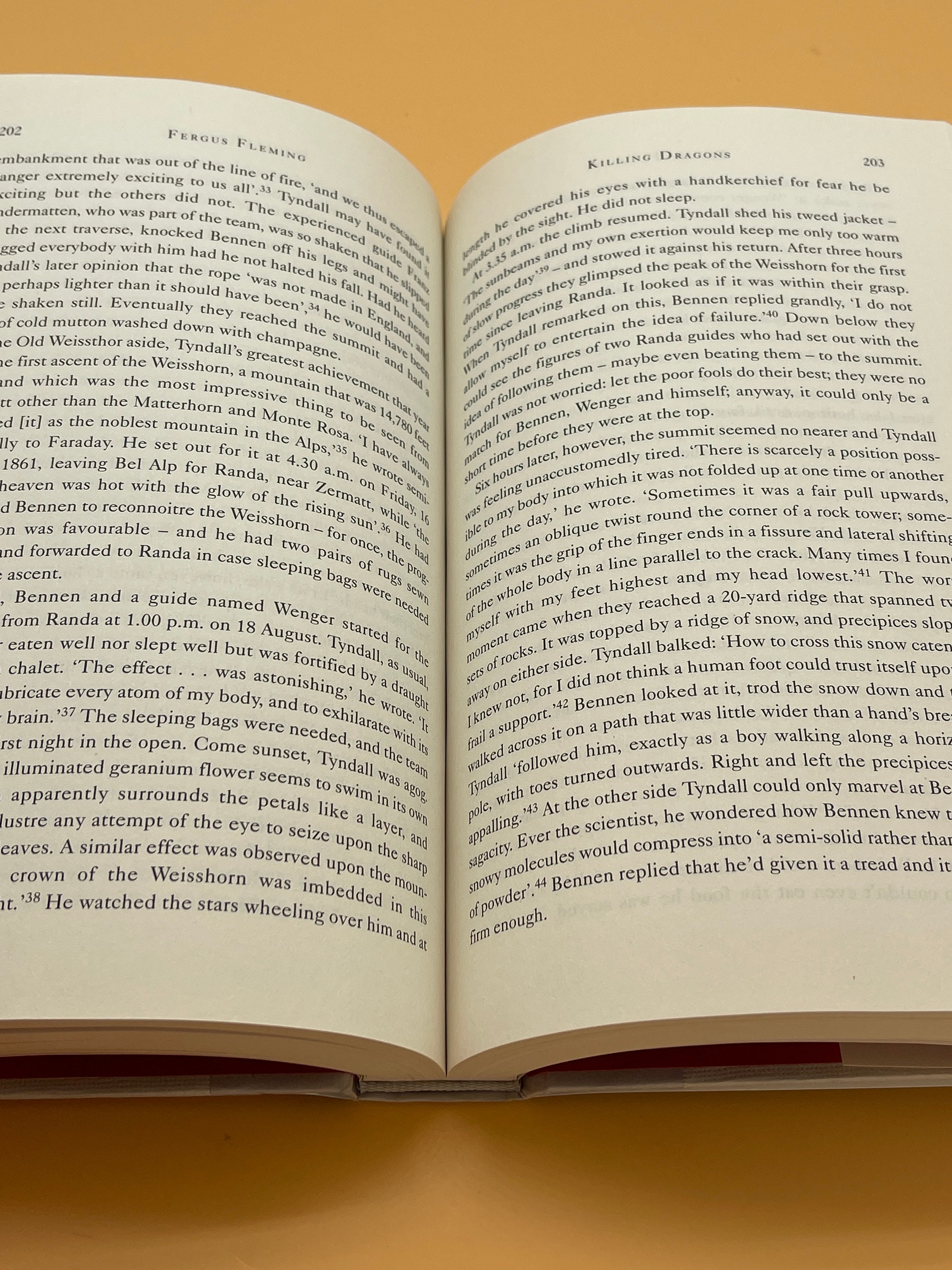 This is a near fine (almost like new) hardcover with dust jacket. 2000 Atlantic Monthly Press. This copy is crisp and clean inside and out. The pages are crisp, clean and free of markings. Gray hardcover boards under jacket are also near fine. The binding is tight and straight. The dust jacket is very good with only a hint of shelf wear. Standard octavo size or 6" x 9" with 398 pages.

Today the Alps are the playground of the world's most densely populated continent. Until moderns times, however, they were a wilderness of fear and superstition. Above the pastures of Switzerland, it was believed that dragons and ghosts inhabited the realms of ice and snow. No one considered climbing the Alps. Eventually scientists and mountaineers began to explore the mysterious summits. Their exploits ranged from the heroic to the tragic, to the hilarious, and in this book, Killing Dragons, Fergus Fleming recounts the conquest of the Alps and the fascinating characters who accomplished it.
Adventures began in the late 18th century when scientists tackled the peaks searching for glacial information. Later, the romantics celebrated the Alps, and then in the 1850's c1930's ame the climbers. The author describes these adventurers with great care to highlight their eccentricities and astonishing egos. From the singer snob to the Victorian showman, the physicist and the printer, the characters abound. One by one the great peaks fell to climbers and by the 1930's only the north face of Eiger and Matterhorn remained to be conquered. This is the history of mountain climbing captured in this wonderful book.

Thank you for visiting Bobbis Bookstore !!