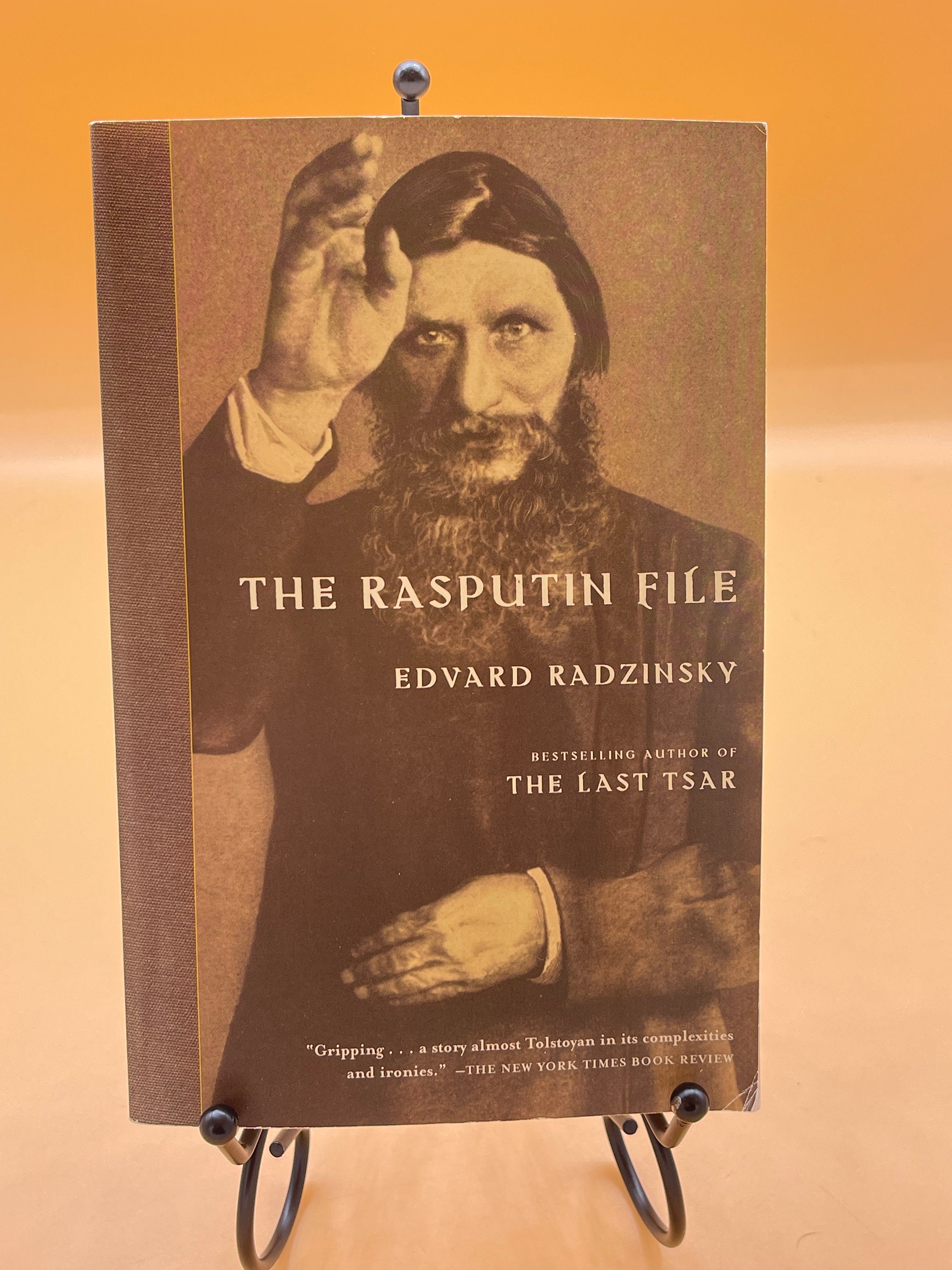 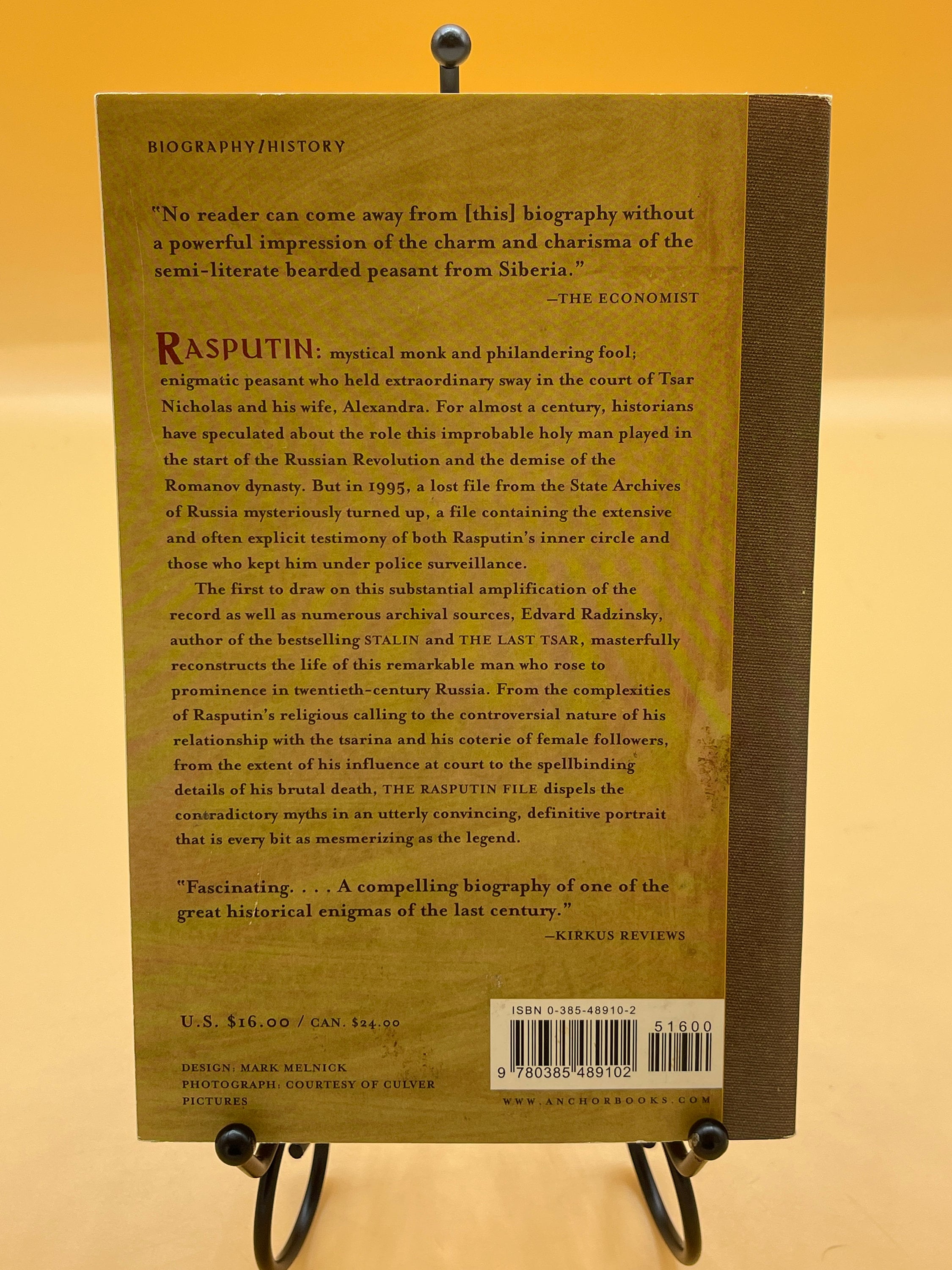 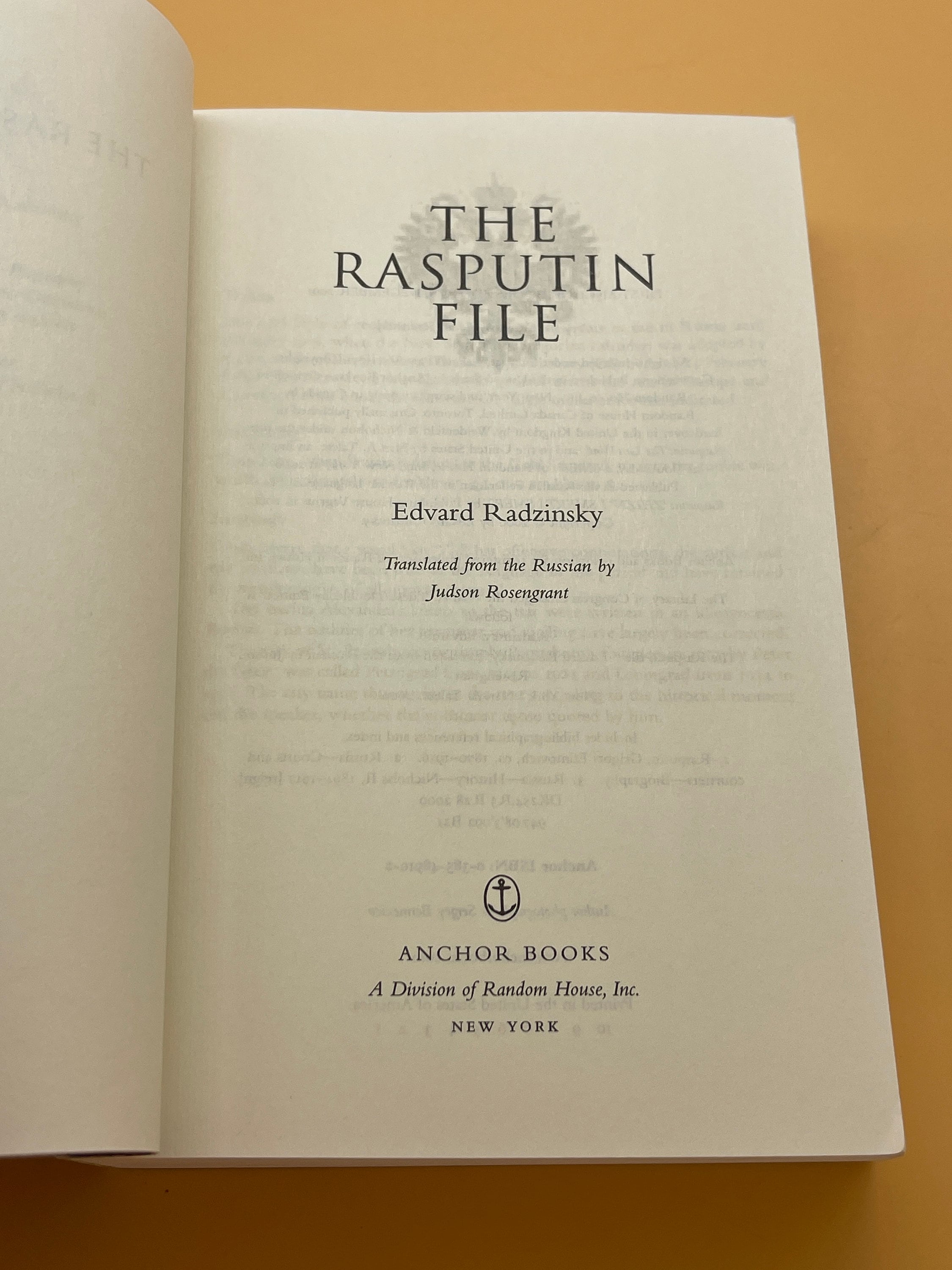 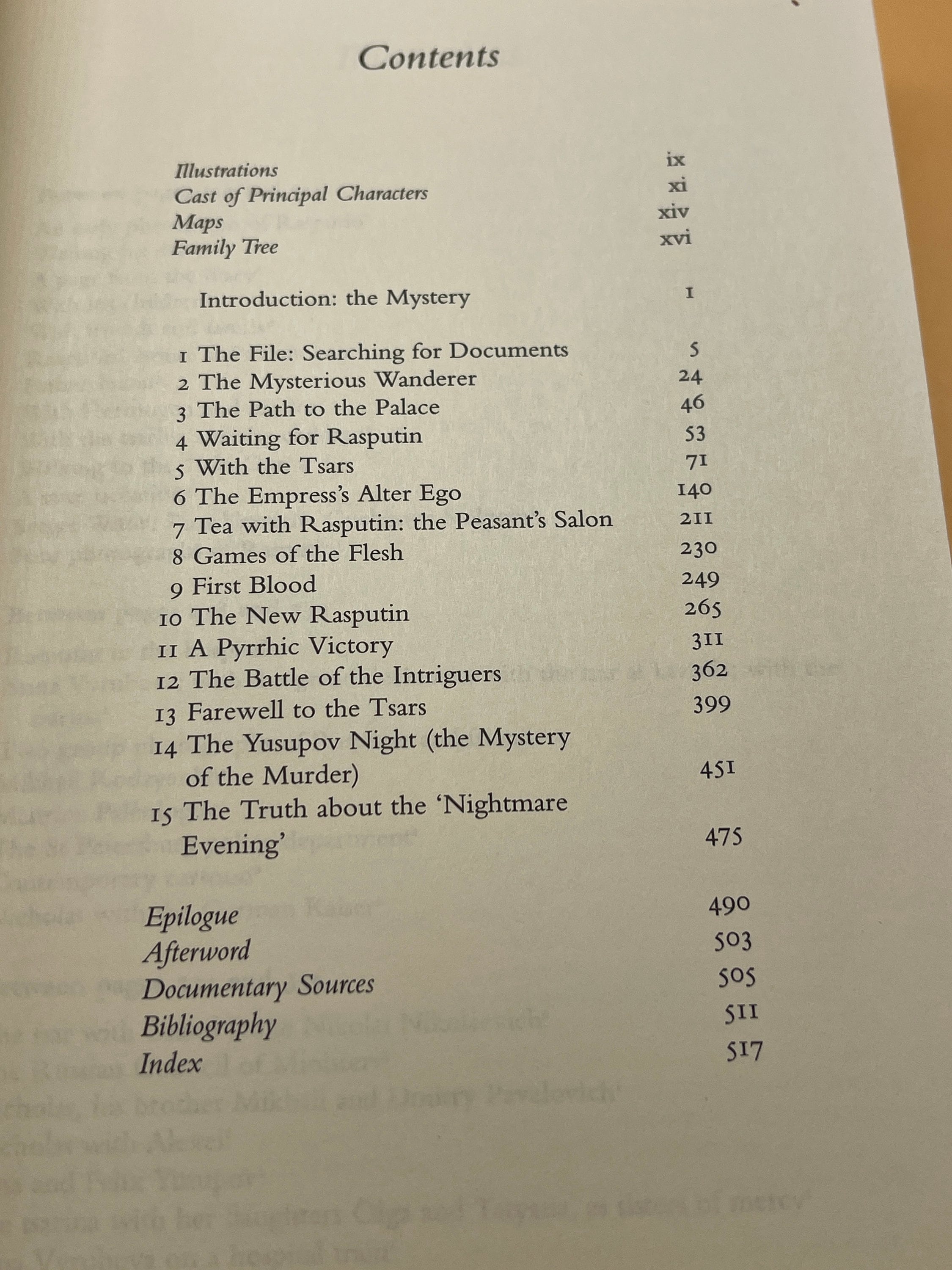 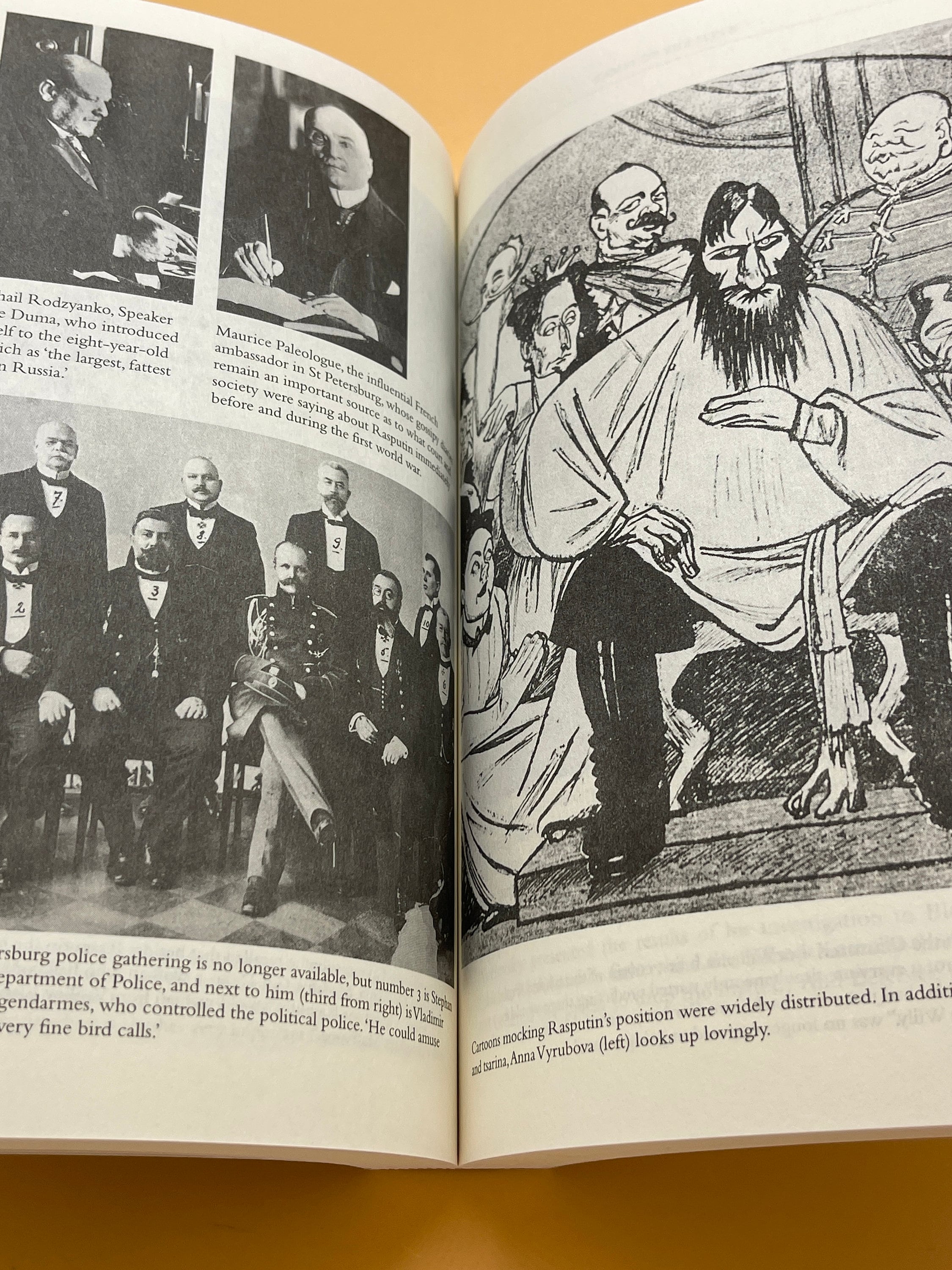 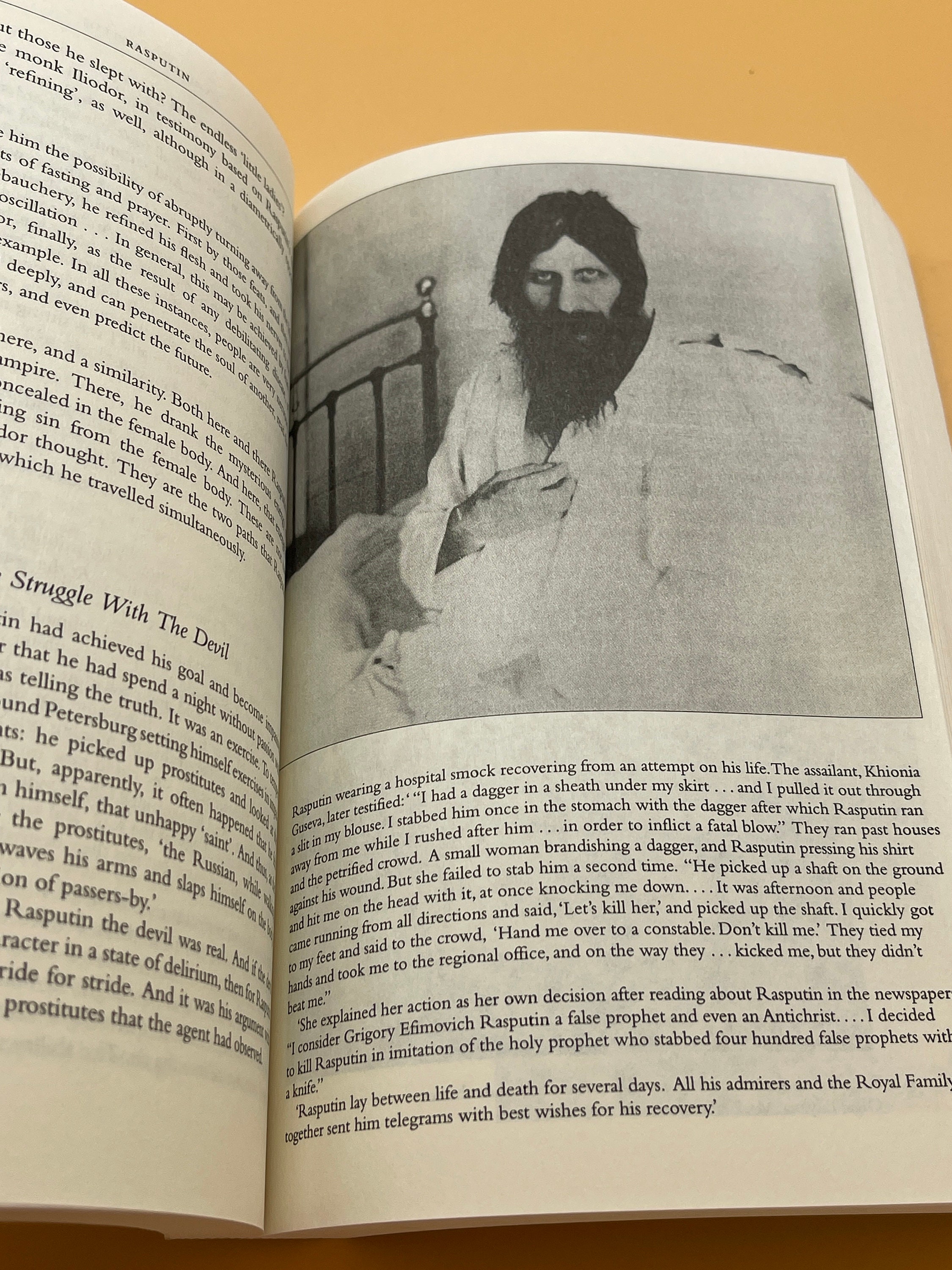 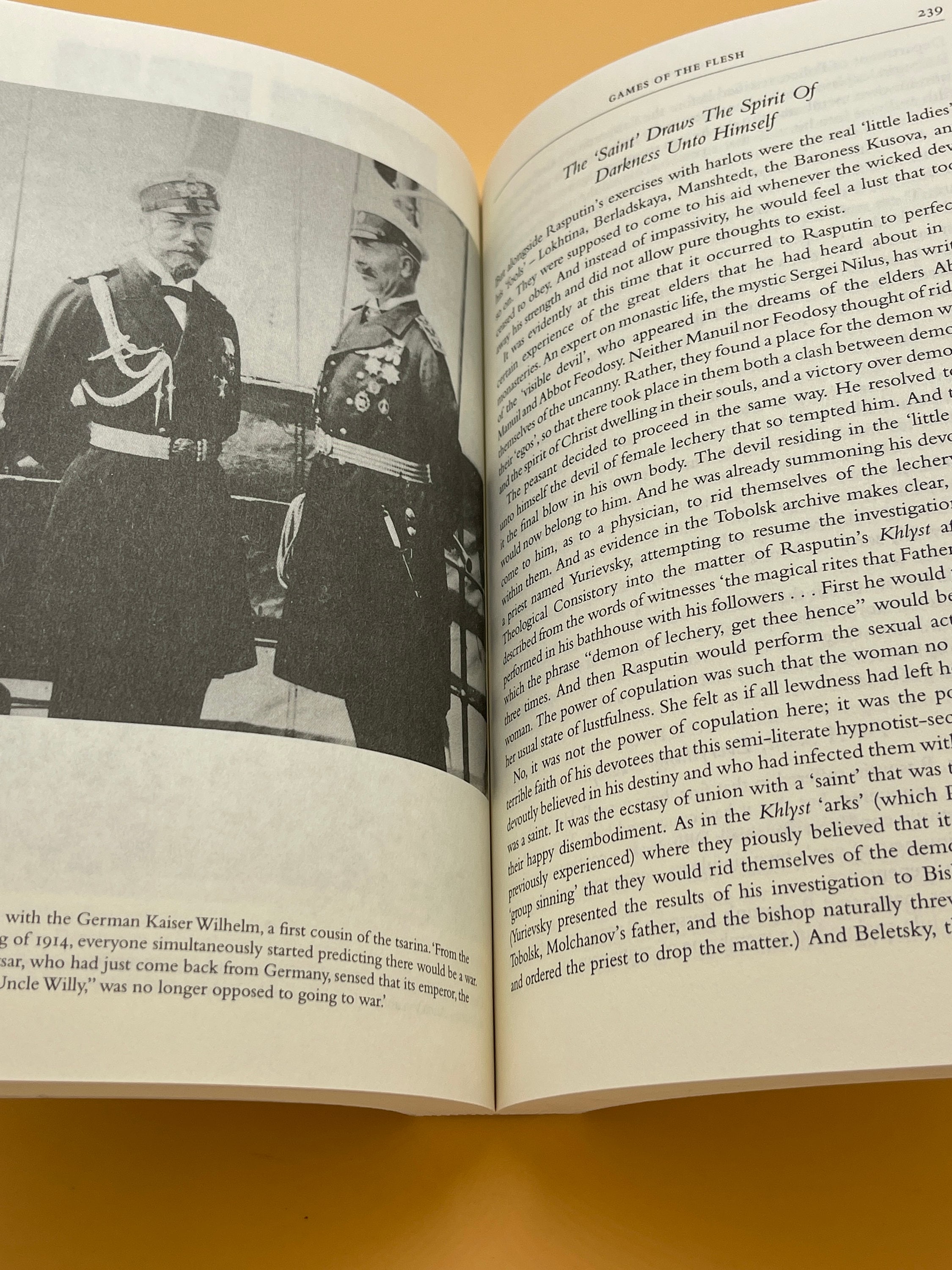 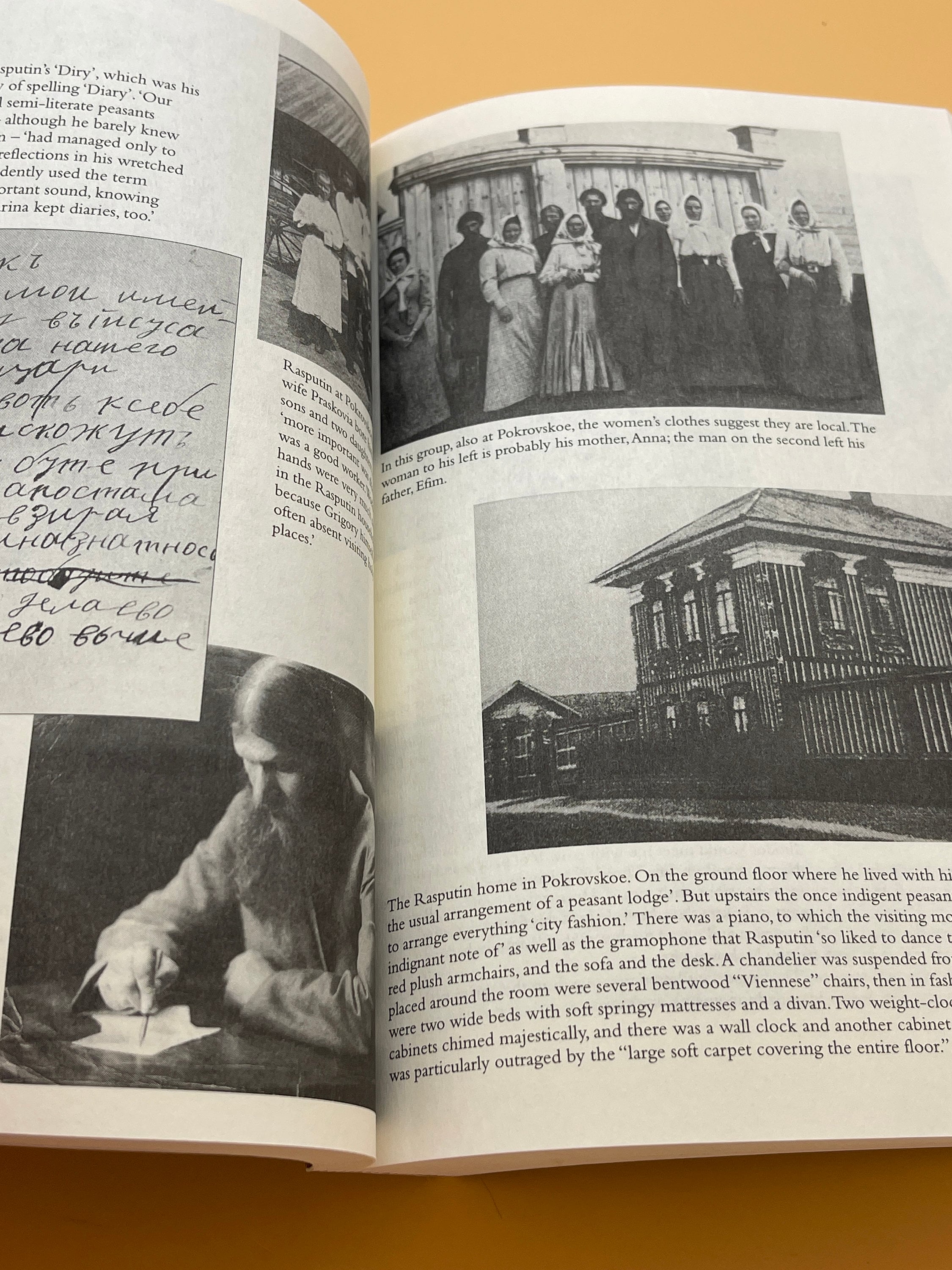 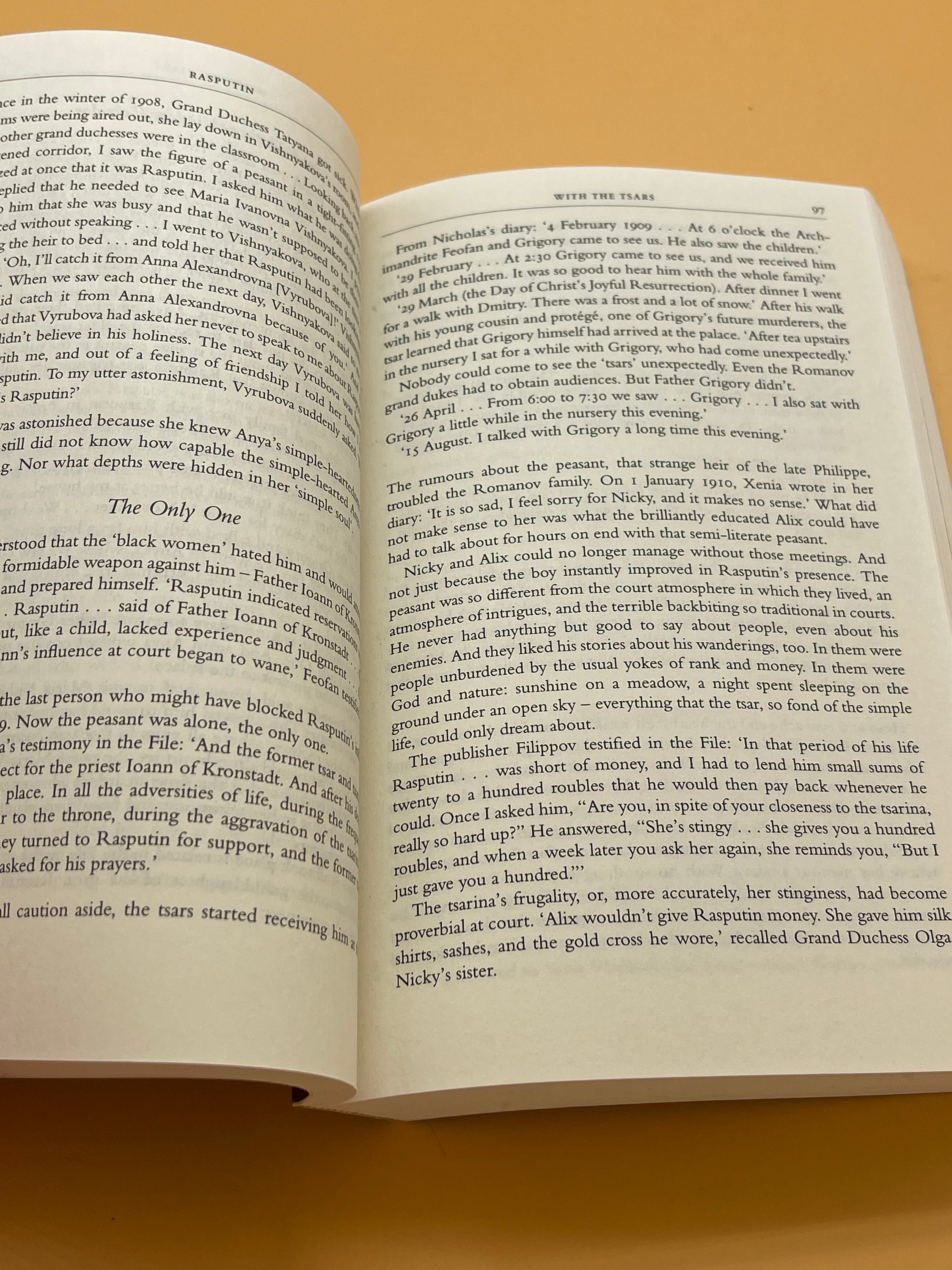 This is a very good paperback. 2001 Anchor Books Edition. This copy is very clean inside and out. The pages are clean, still crisp and free of markings. The binding is tight and straight, NO creasing along spine. The cover front and back is clean with only a hint of shelf wear at corners. Standard trade paperback size or 5" x 8" with 256 pages.

Rasputin: mystical monk and philandering fool, enigmatic peasant who held extraordinary sway in the court of Tsar Nicholas and his wife, Alexandra. For almost a century, historians have speculated about the role this improbable holy man played in the start of the Russian Revolution and the demise of the Romanov dynasty. But, in 1995 a lost file from the State Archives of Russia mysteriously turned up, a file containing the extensive and often explicit testimony of both Rasputin's inner circle and those who keep him under police surveillance. Edvard Radinsky, author of Stalin and The Last Czar, reconstructs the life of this remarkable man who rose to prominence in 20th century Russia. The book dispels the contradictory myths convincingly and is a definitive portrait of the legend, Rasputin.

Thank you for visiting Bobbis Bookstore !!