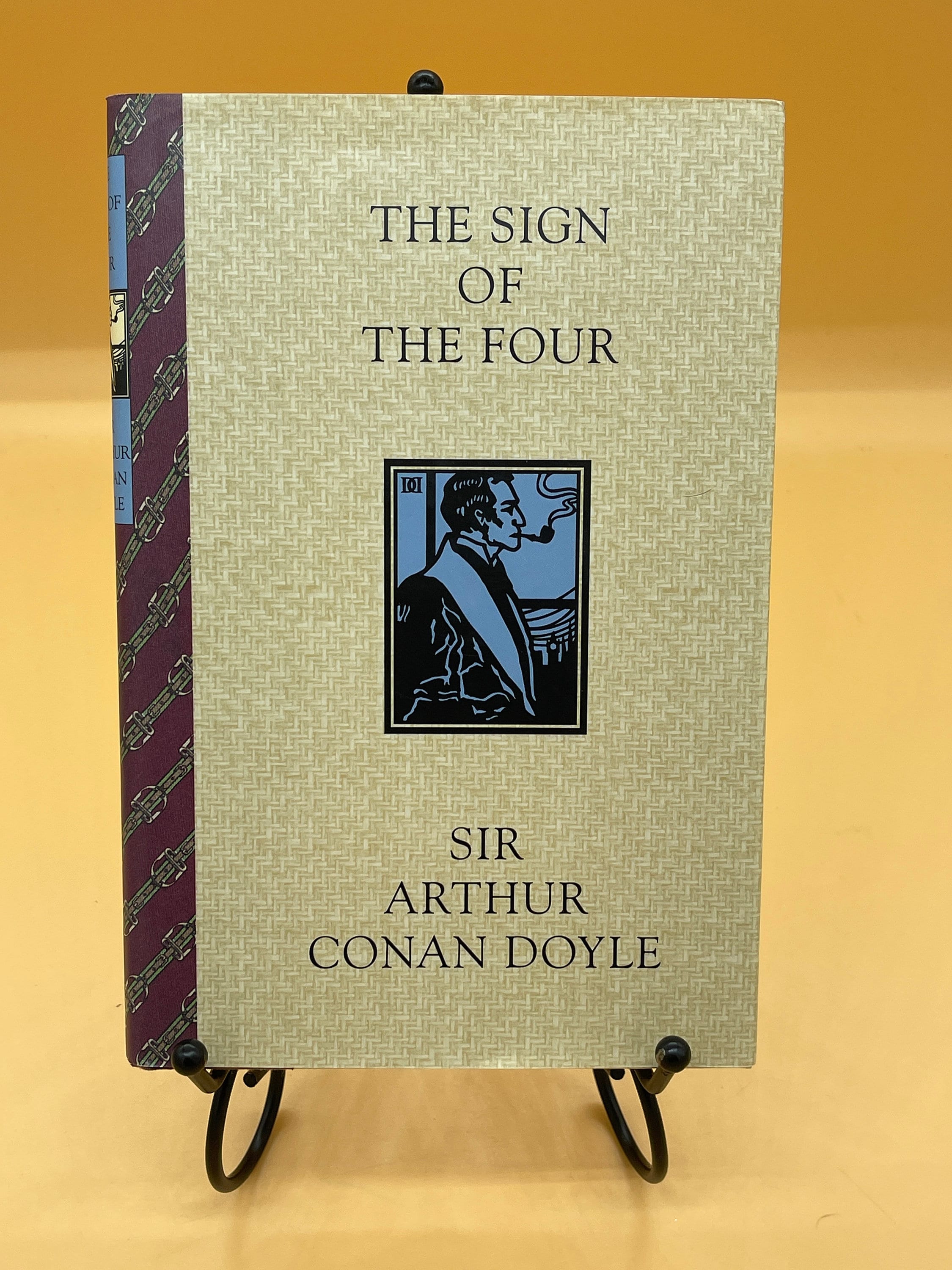 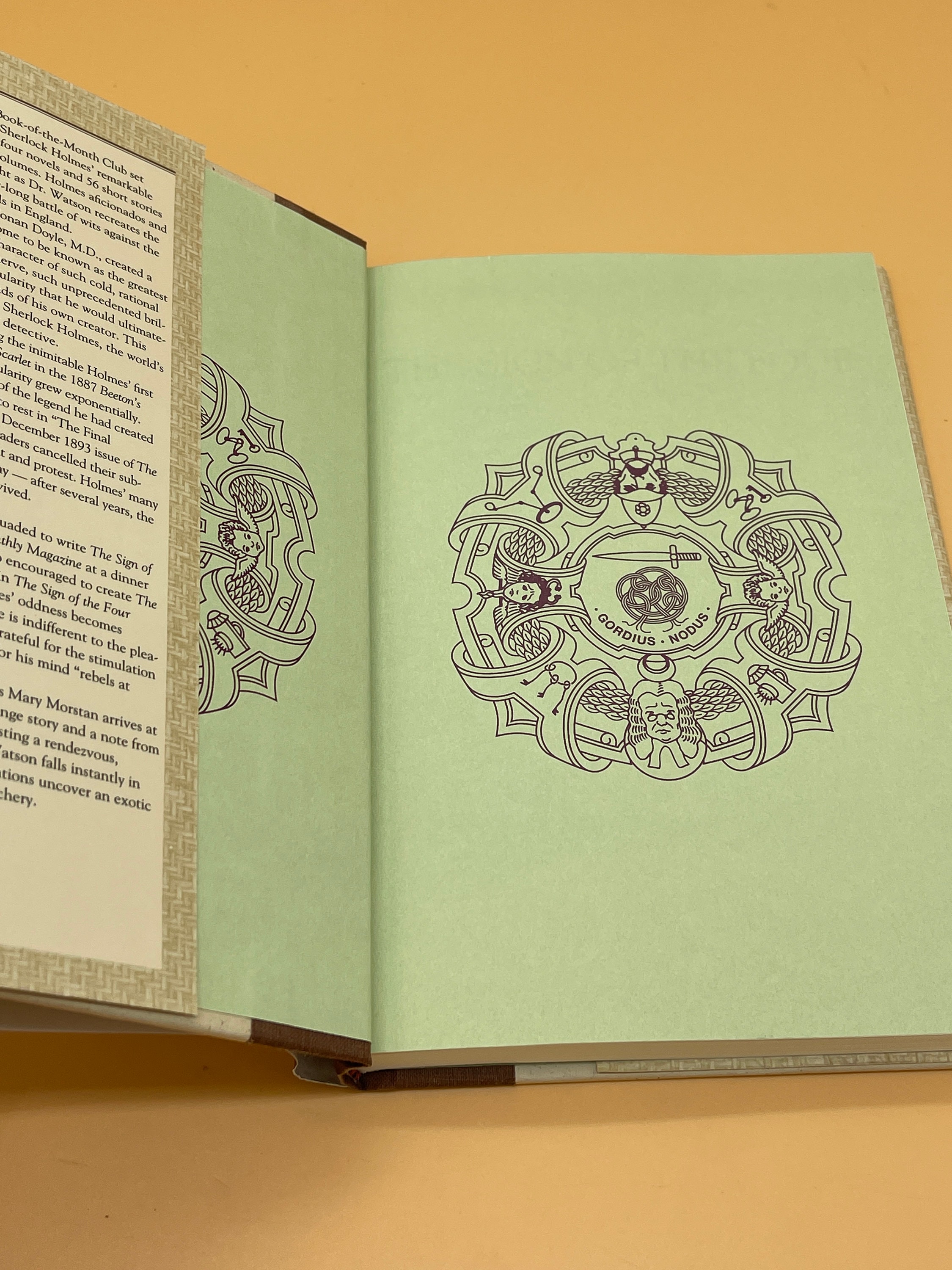 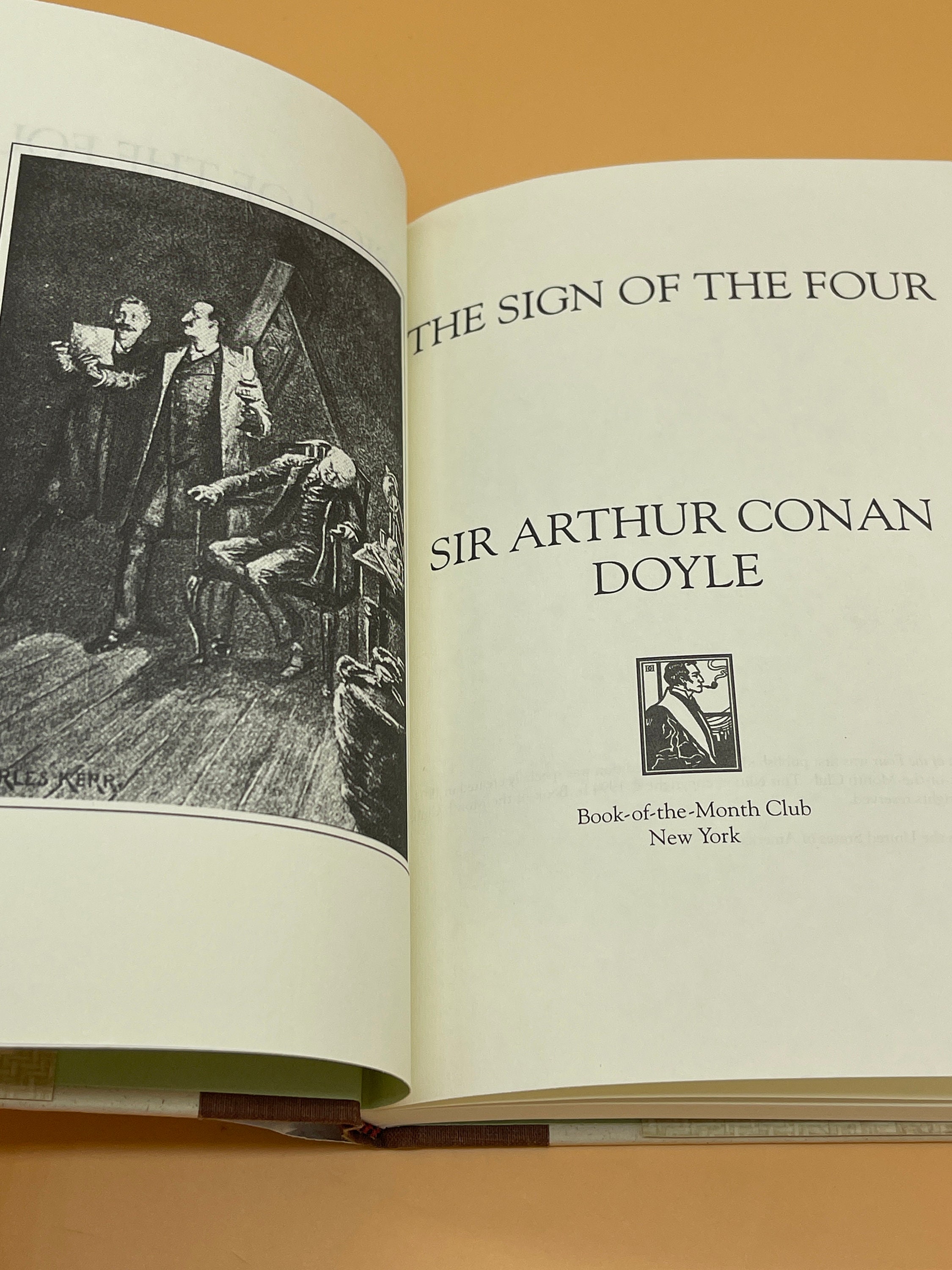 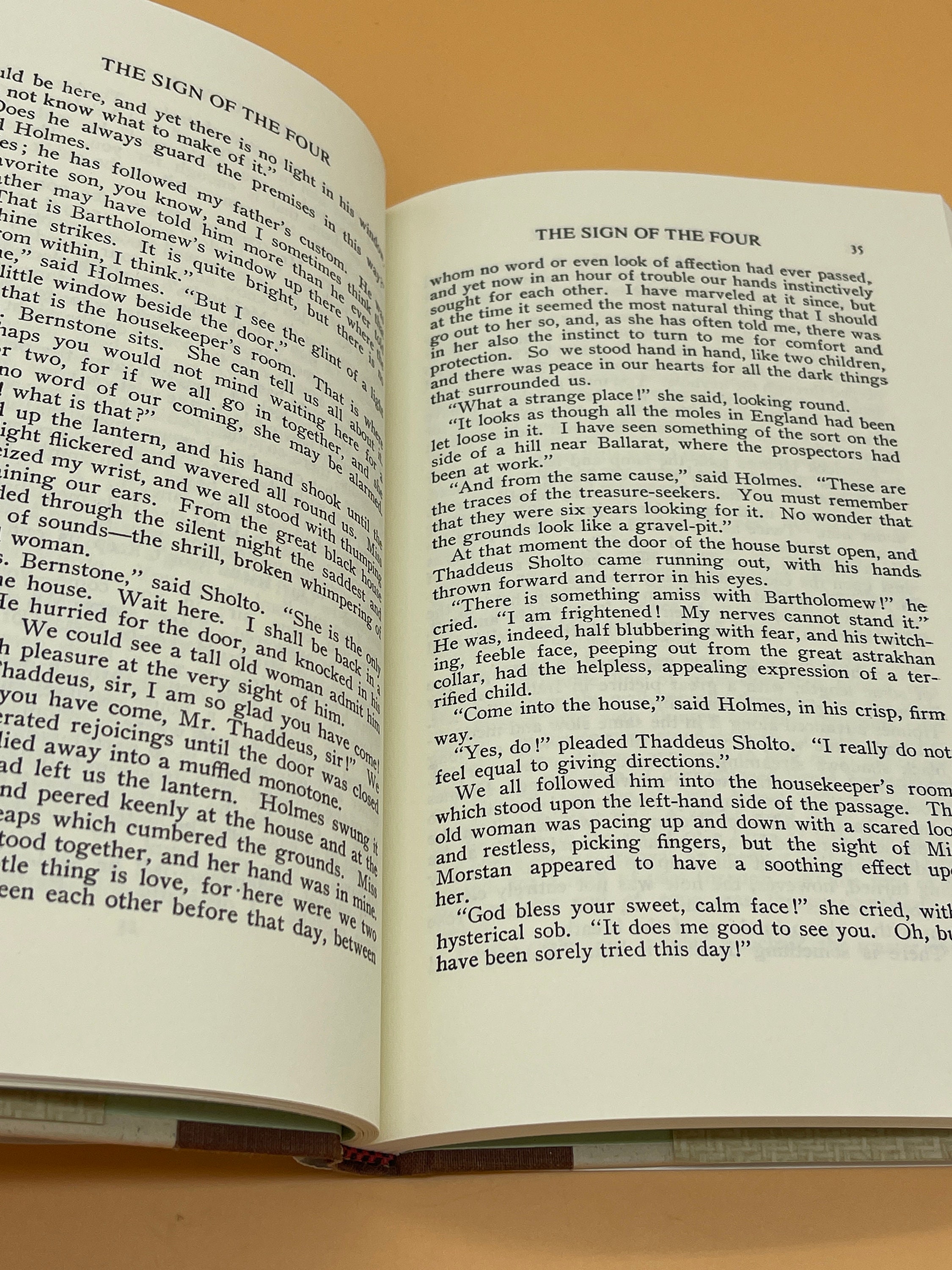 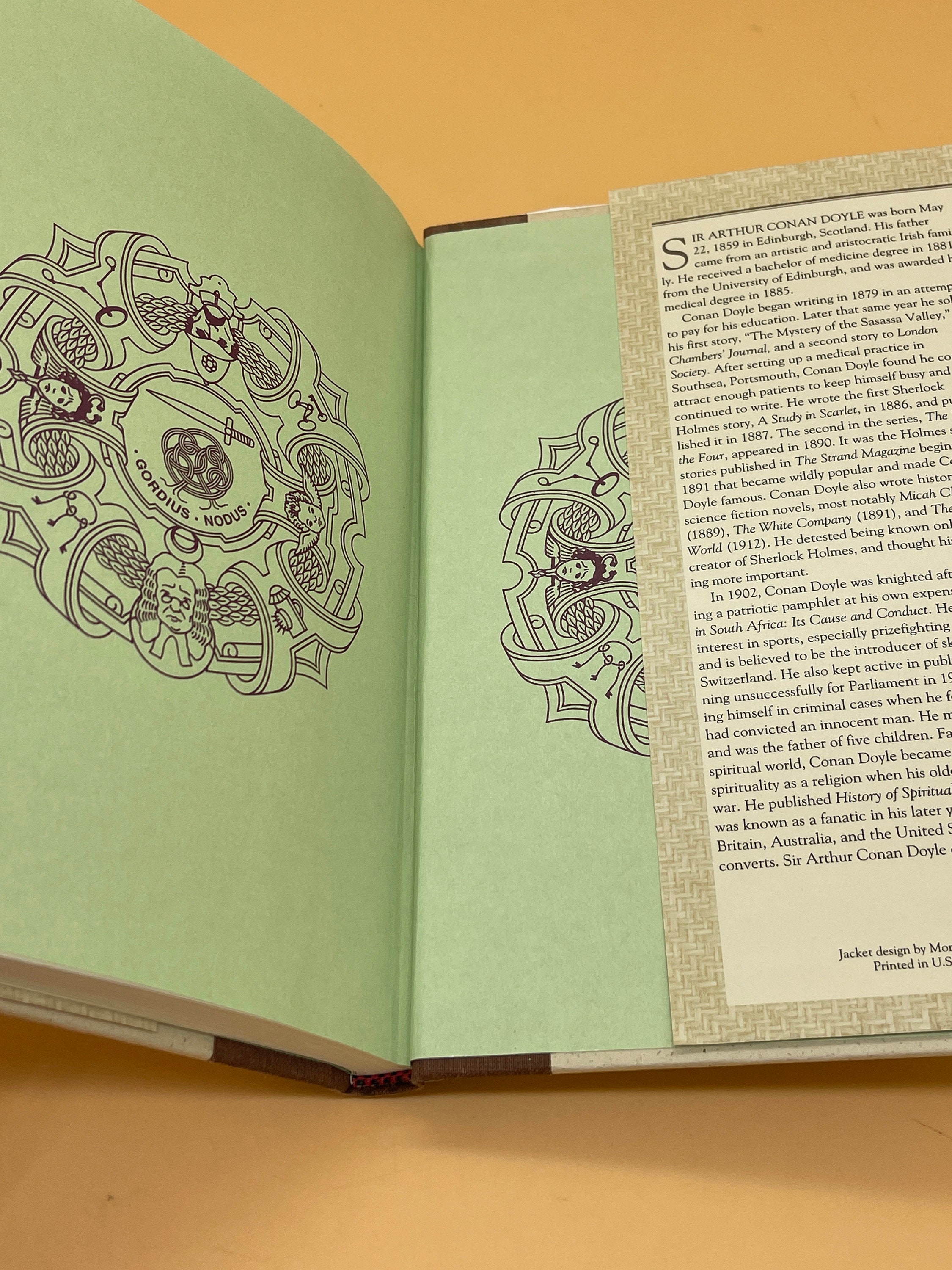 This is a near fine (almost like new) hardcover with dust jacket. 1994 Book of the Month Club Illustrated Edition.
This copy is crisp and clean inside and out. The pages are crisp, clean and free of markings. The binding is tight and straight. Tan w brown half cloth hardcover boards under jacket are accented w gold title lettering on spine and are also near fine. The dust jacket is clean and near fine with only a hint of shelf wear. Standard octavo size or 6" x 9" with 125 pages.

Conan Doyle was persuaded to write The Sign of Four at a dinner party where Oscar Wilde was also encouraged to create The Picture of Dorian Gray. It is in The Sign of Four that the full extent of Holmes' oddness becomes apparent. Unlike Watson, he is indifferent to romance, but if grateful for drugs used during idle days, for his mind "rebels at stagnation". When a beautiful woman arrives at 221B Baker Street and a note from an anonymous "friend", Holmes is intrigued and Watson falls in love. What follows is a tale of precious gems and treachery.