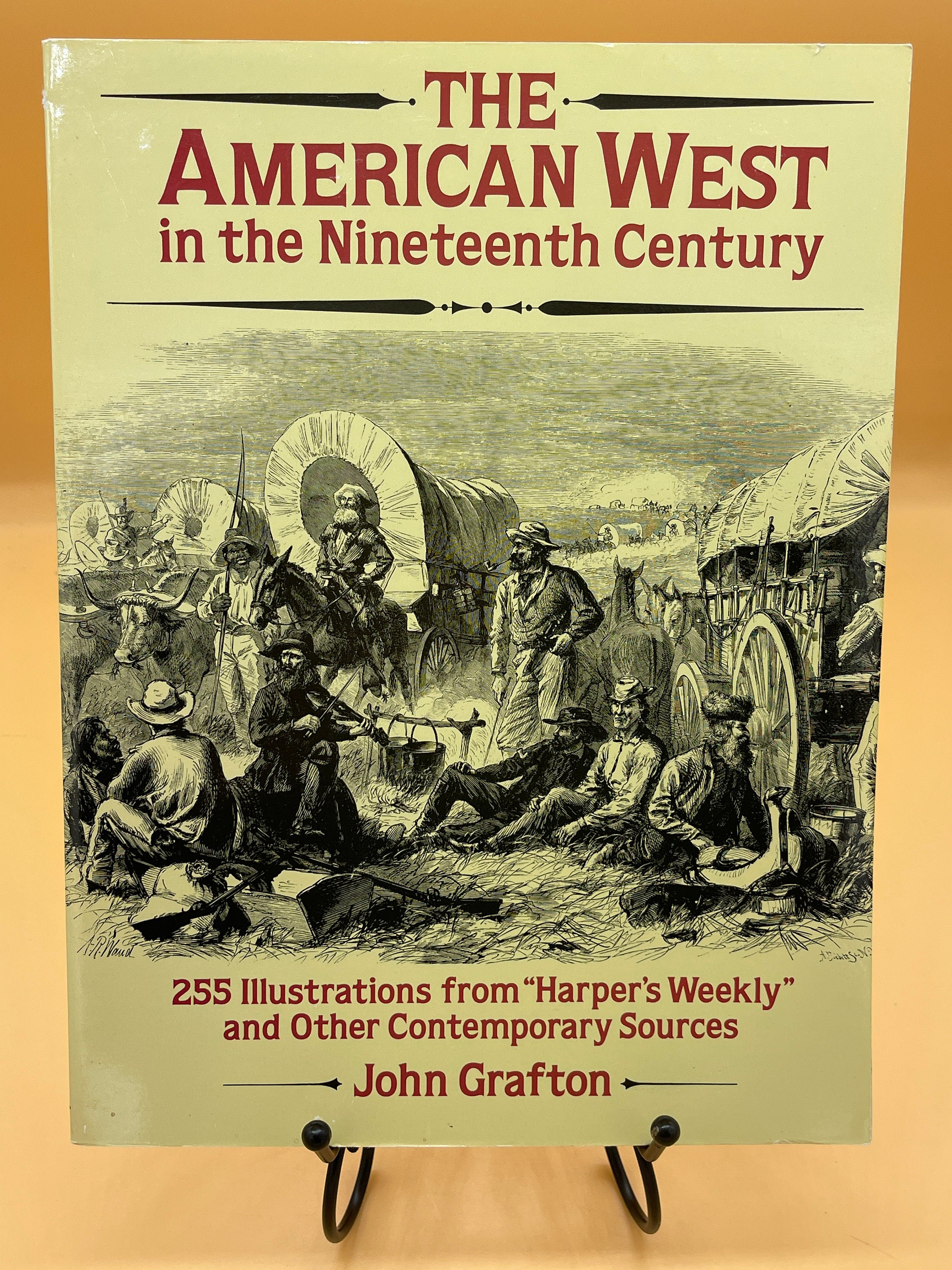 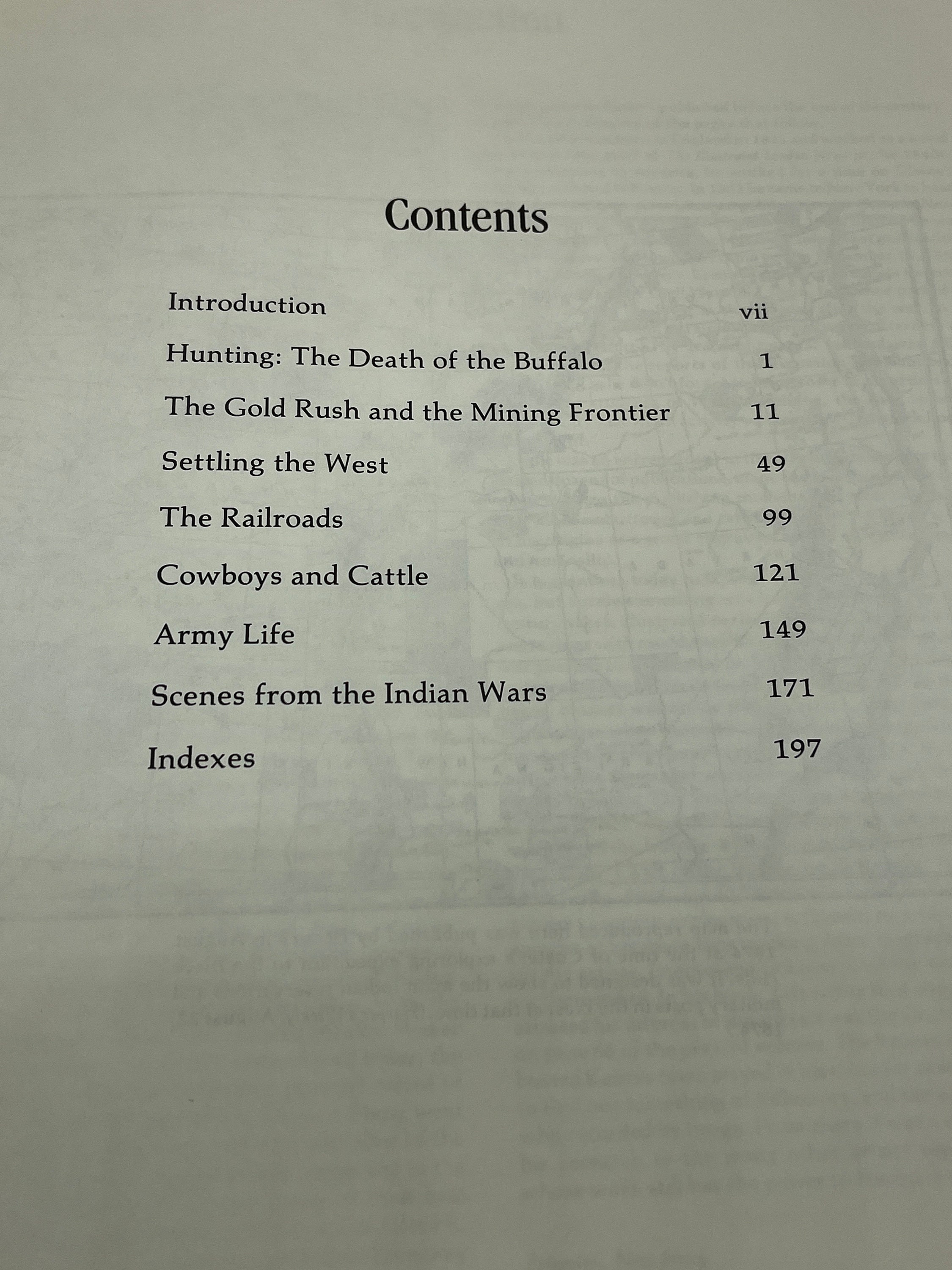 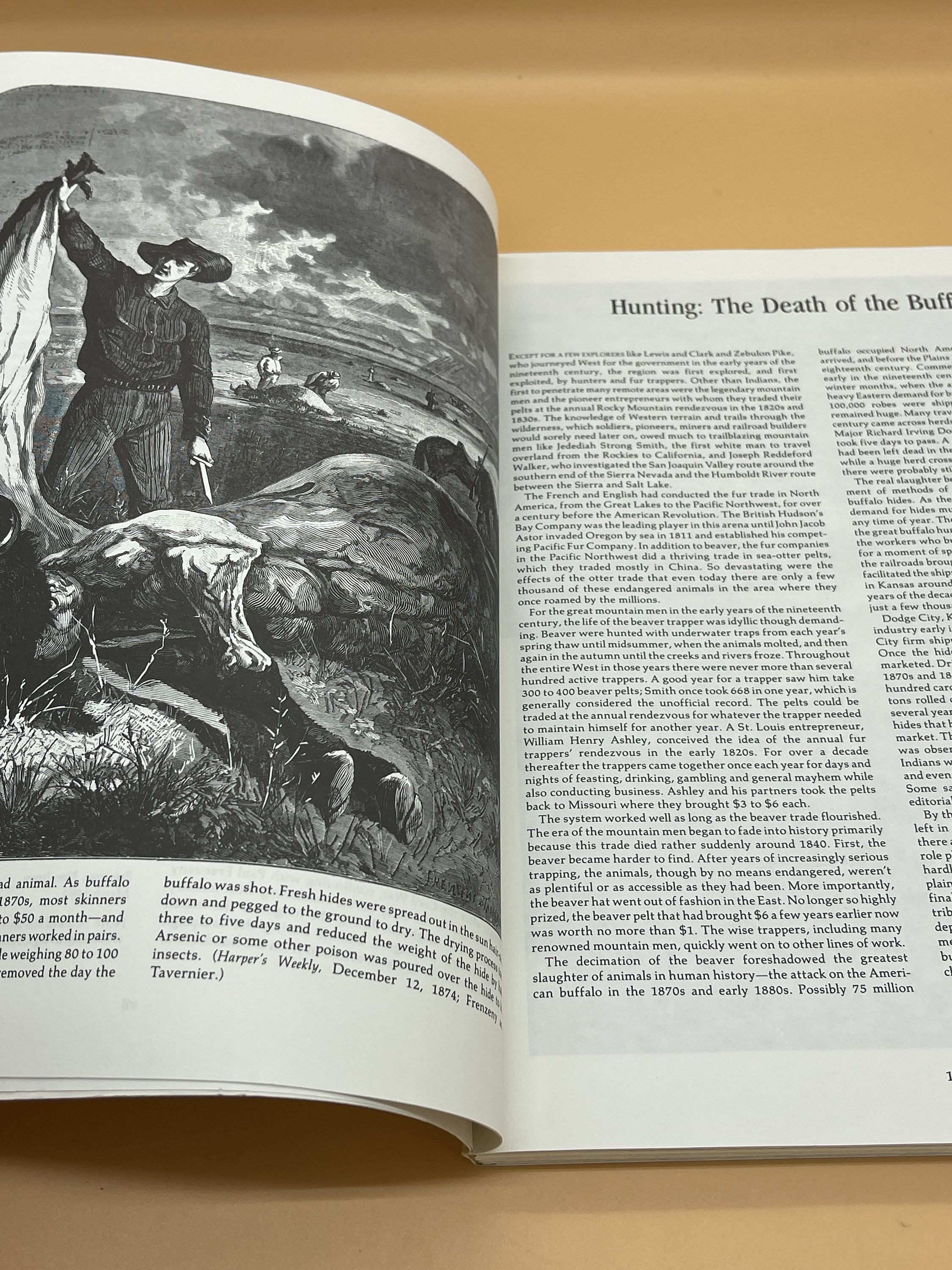 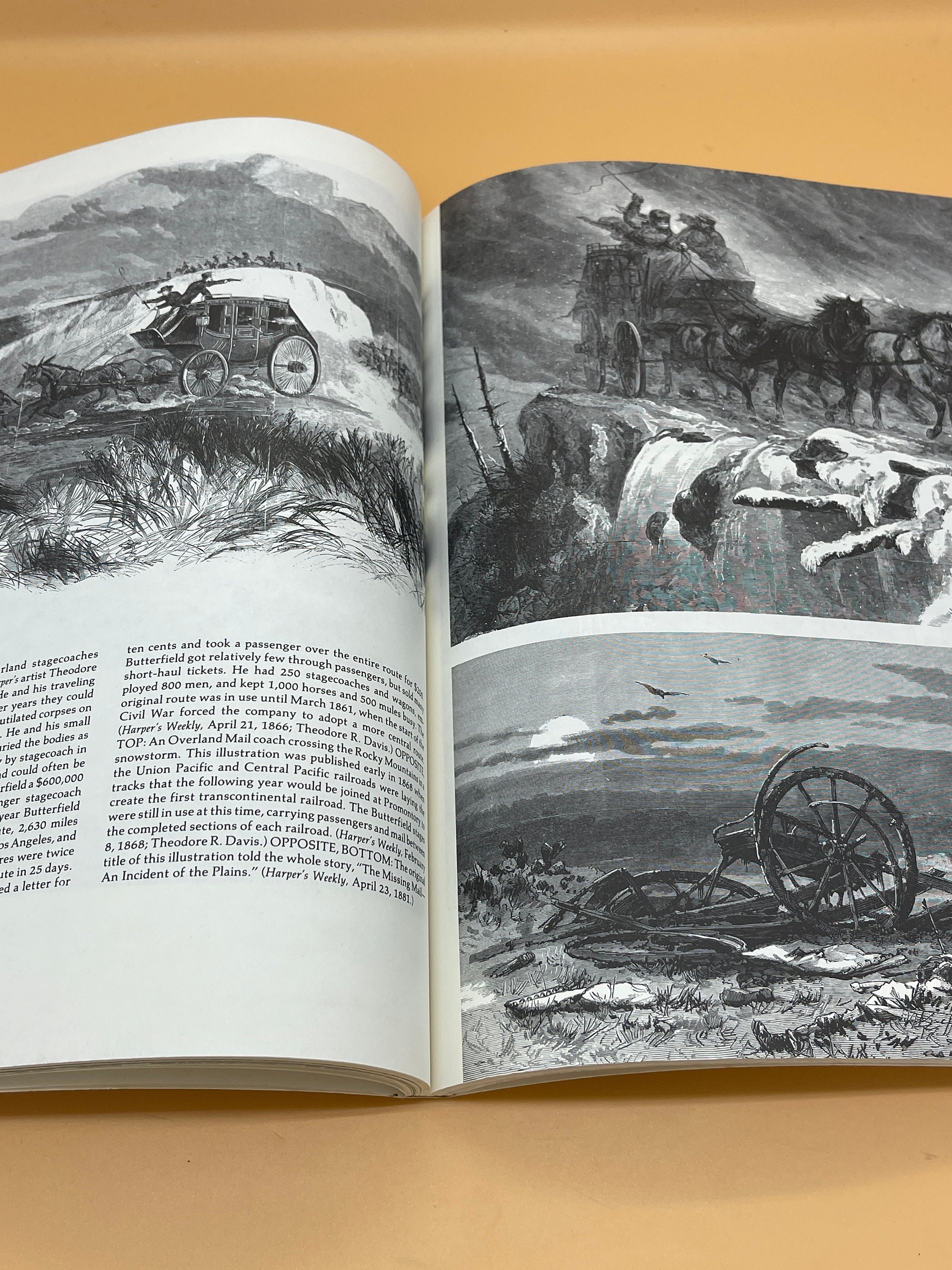 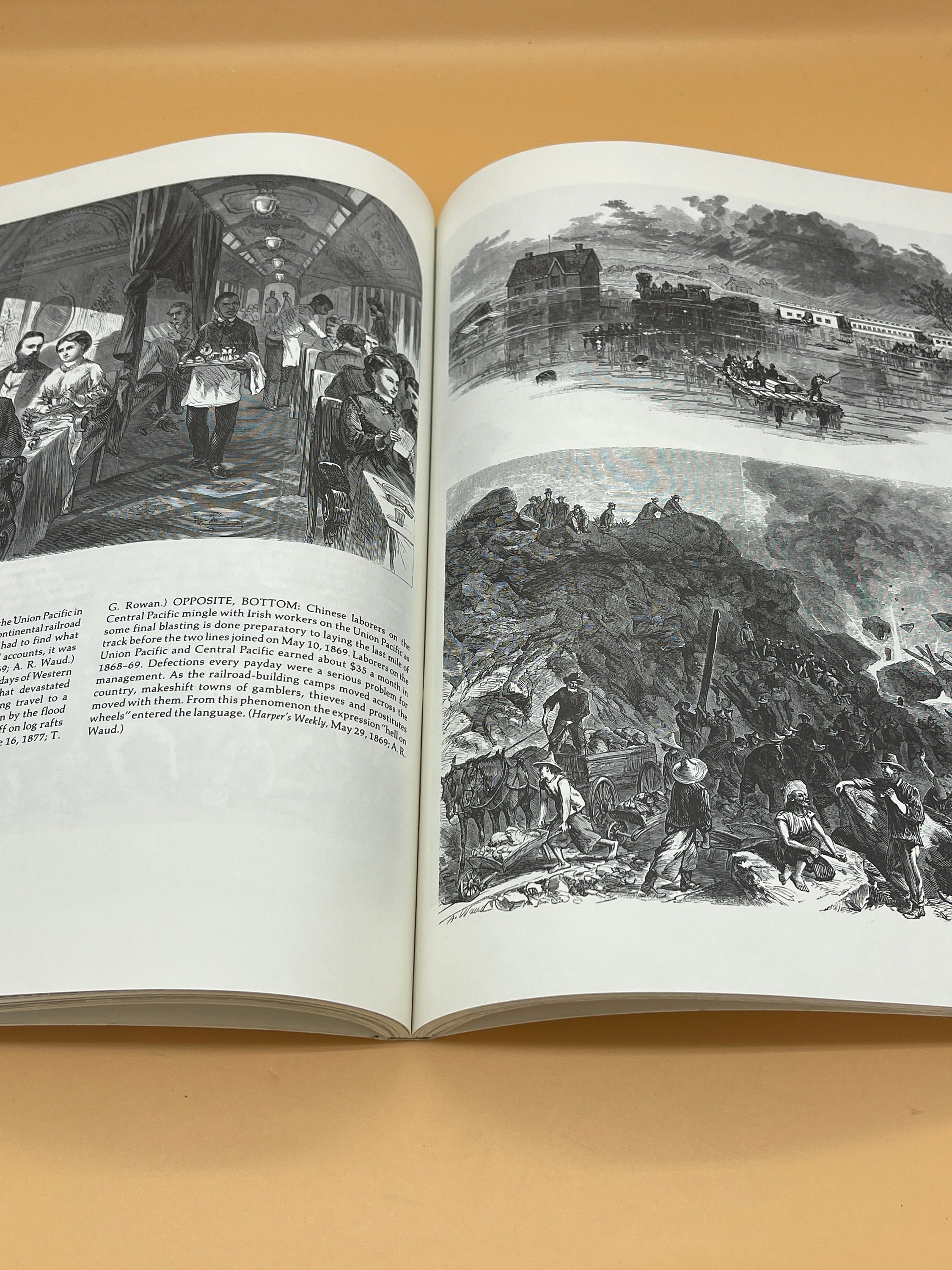 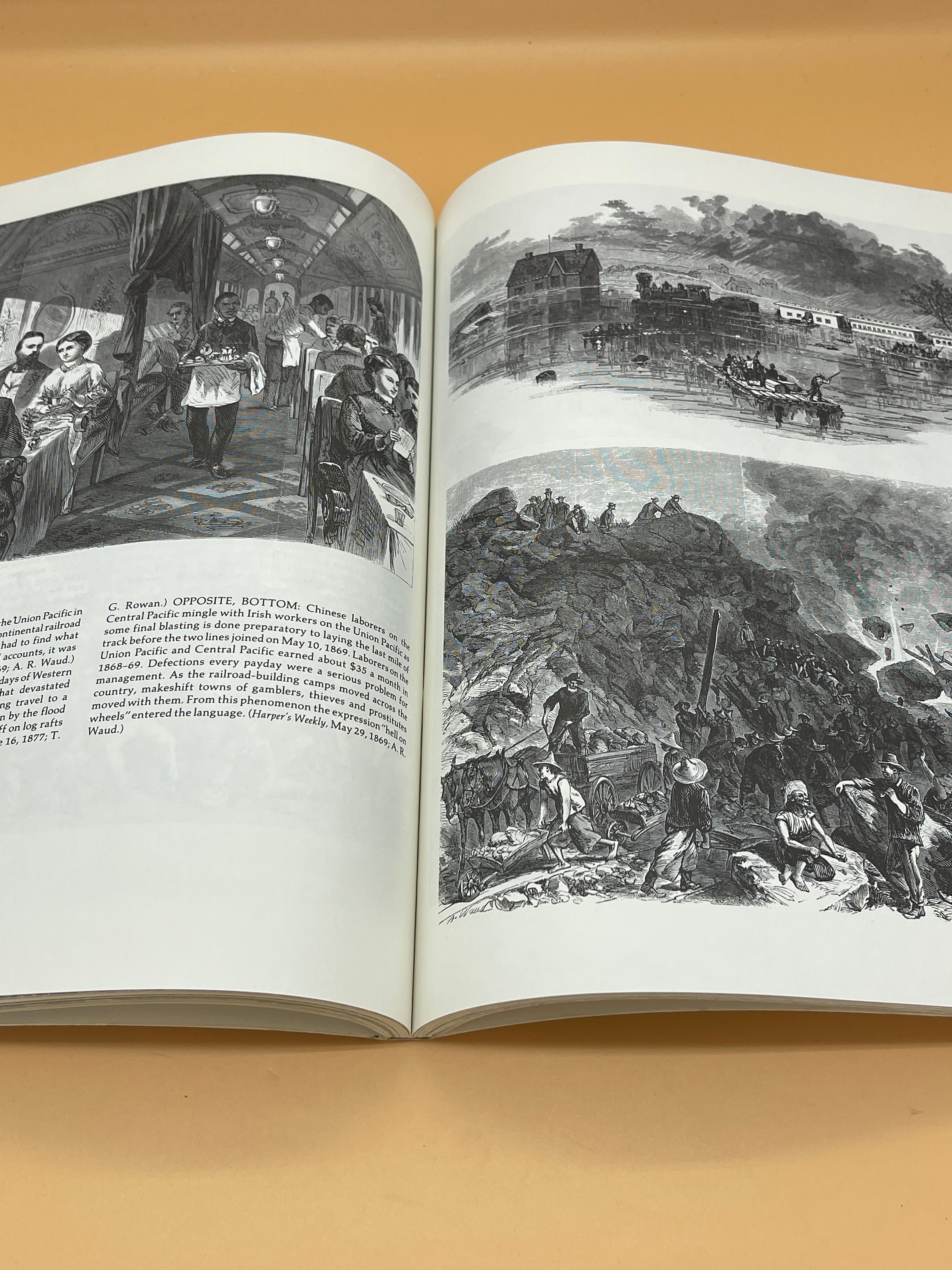 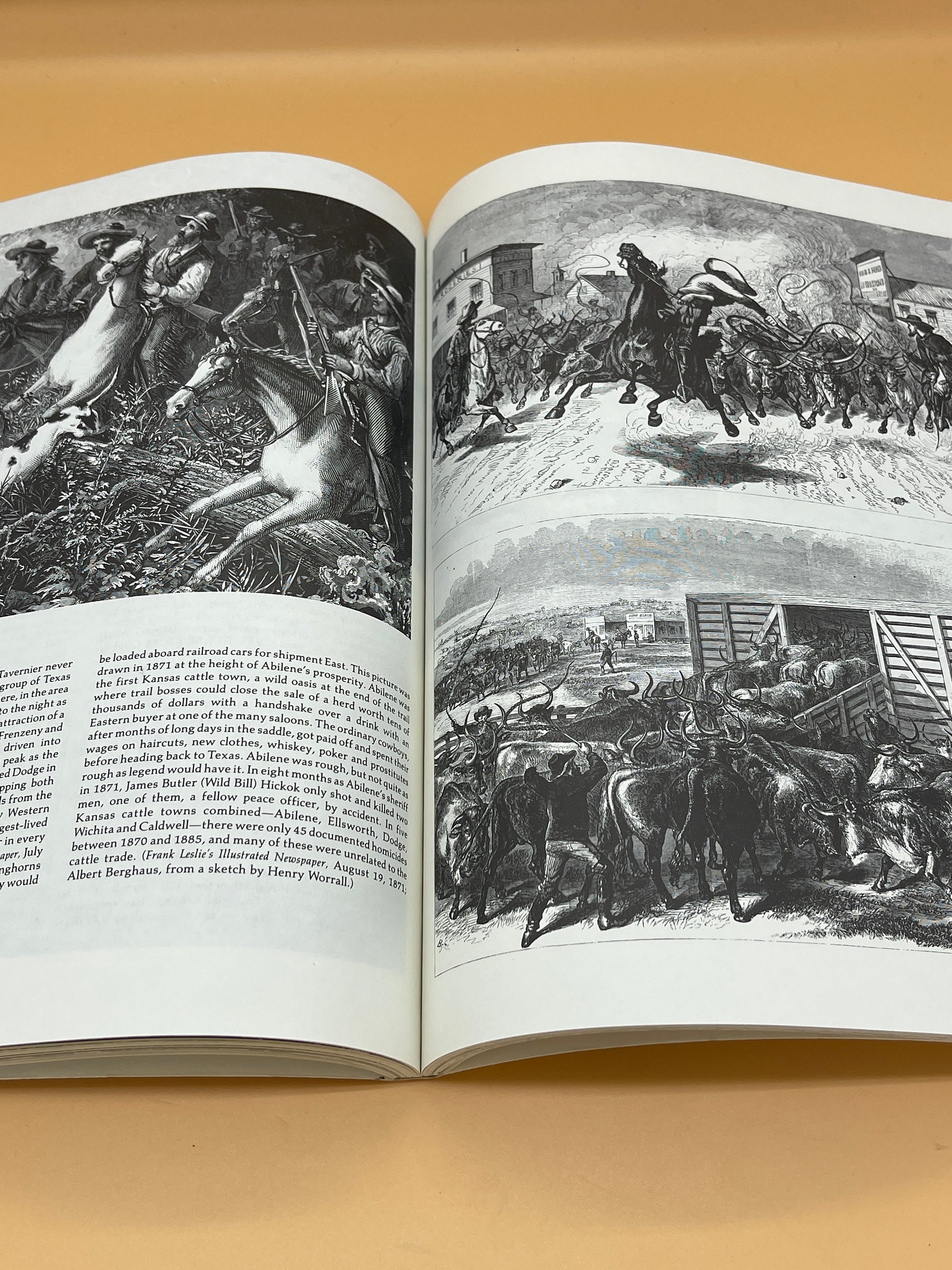 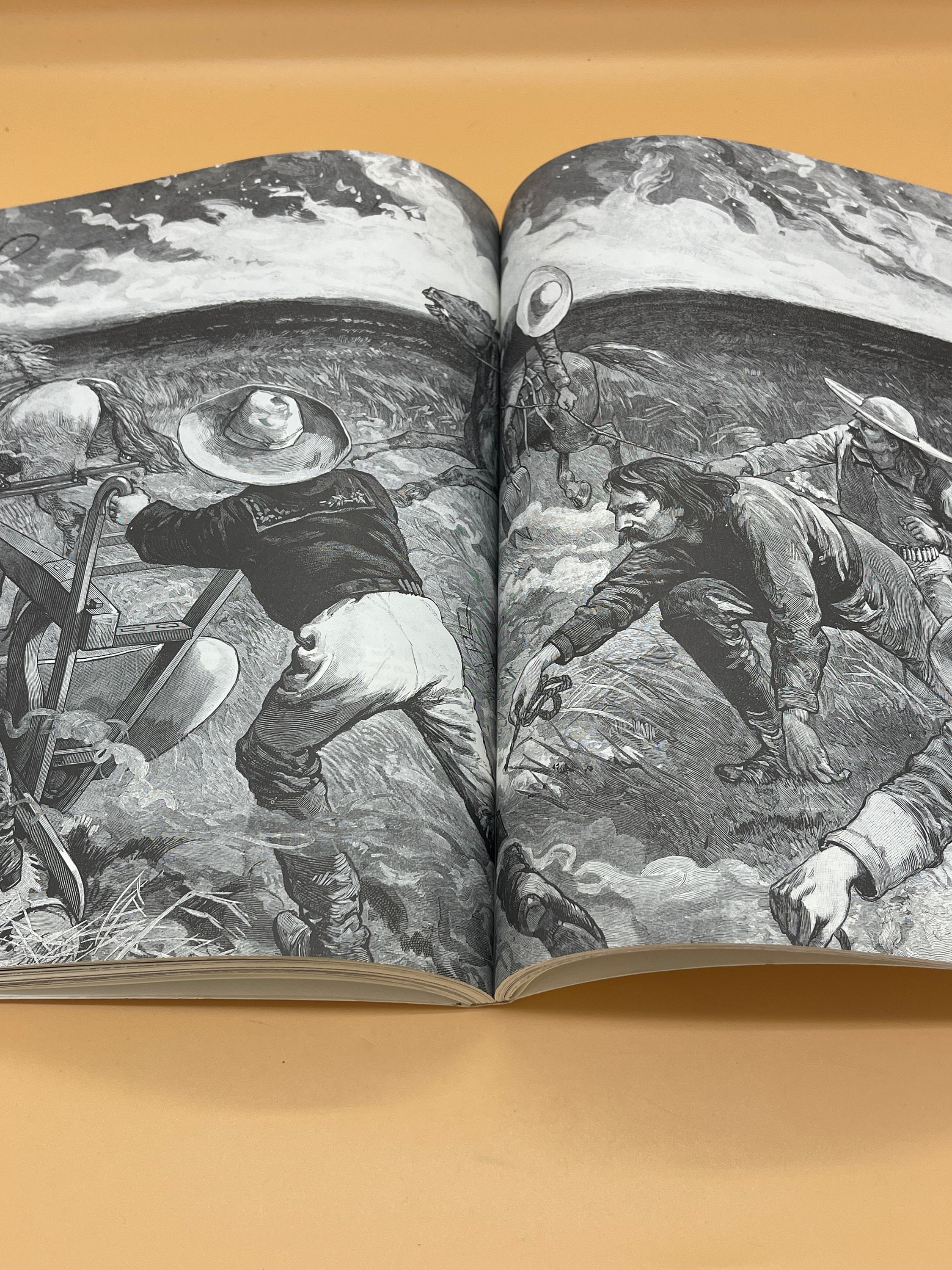 This is a near fine (almost like new) large near folio size paperback. 1992 Dover Publications. This copy is crisp and clean inside and out. The pages are still crisp, clean w no markings seen. The binding is tight and straight, NO creasing along spine. The cover is clean and shiny with only a hint of shelf wear. Quarto size (near folio) or 9" x 12" with 198 pages including index.

This impressive collection of 255 expertly rendered illustrations captures the sweeping drama of the American West in its heyday. Created by such notable artists of the period as Frederic Remington, Albert Bierstadt and more, the illustrations vividly document scores of events reported in such popular 19th century publications as Harpers Weekly, The Illustrated London News, and Frank Leslie's Illustrated Newspaper. The images are reproduced and provide a striking visual record of frontier life. Included are buffalo hunts, mining camps, boom towns, as well as Native Americans, outlaws, cowboys, along with the rigors of Army life and life on the plains.