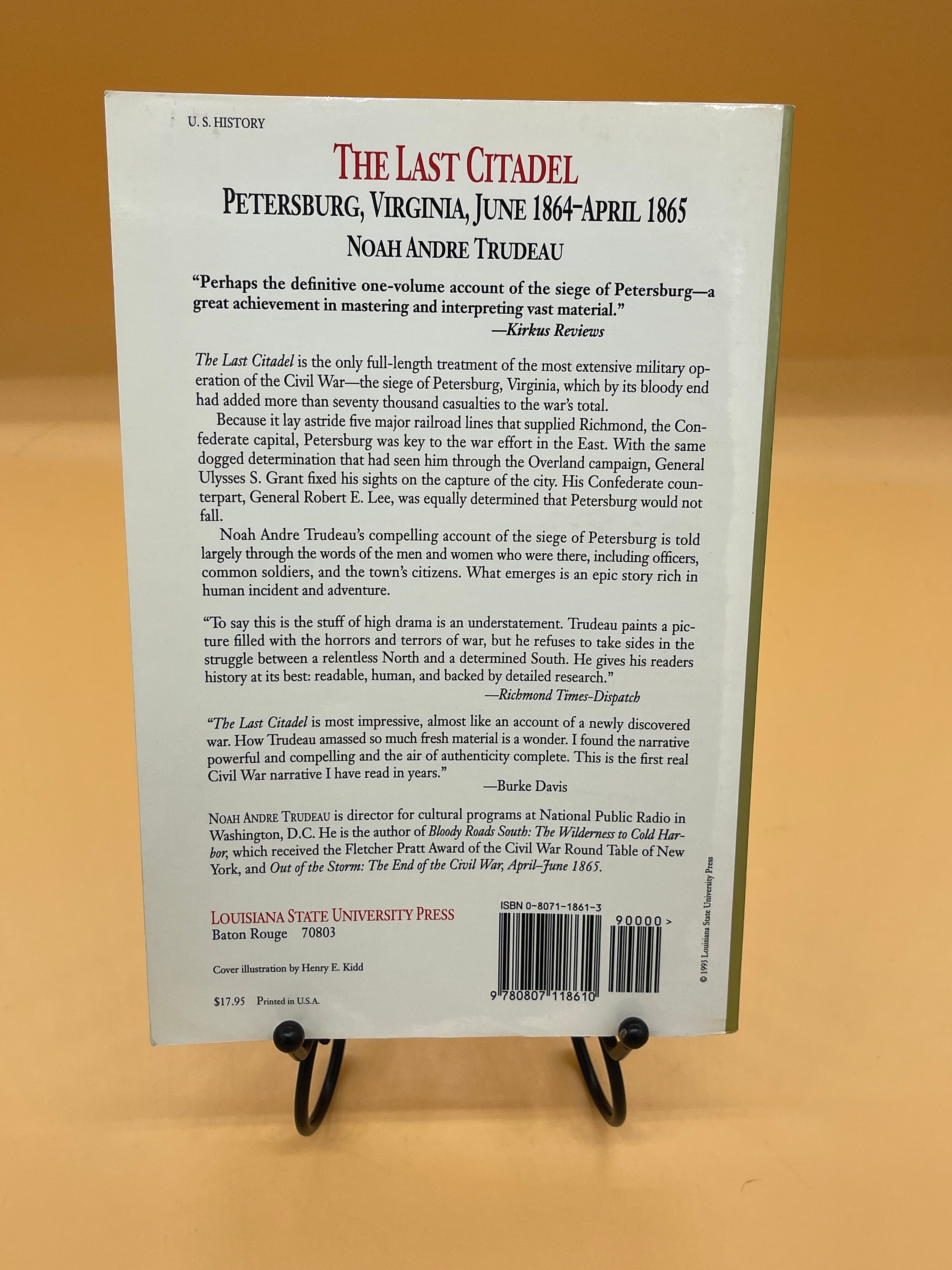 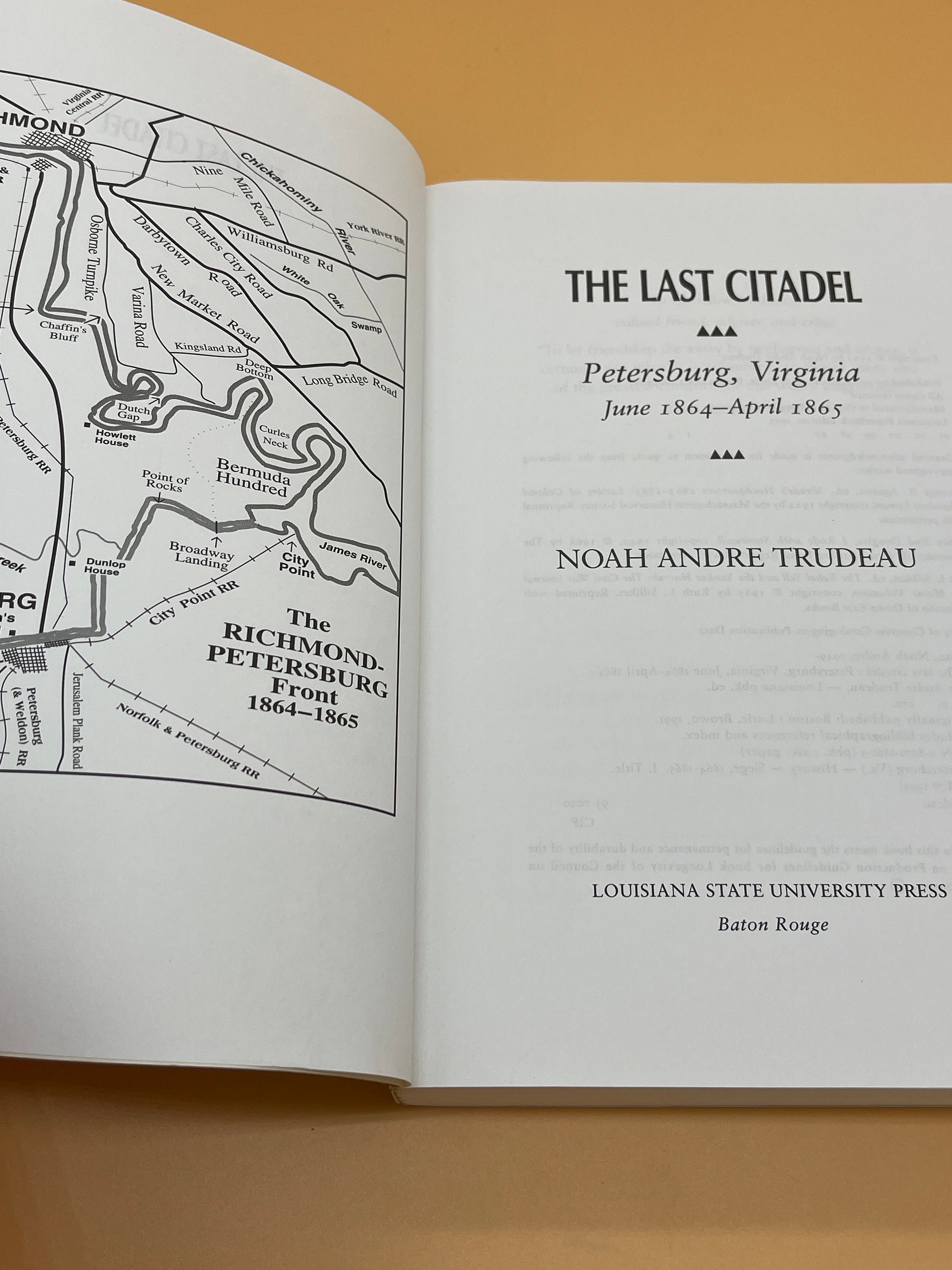 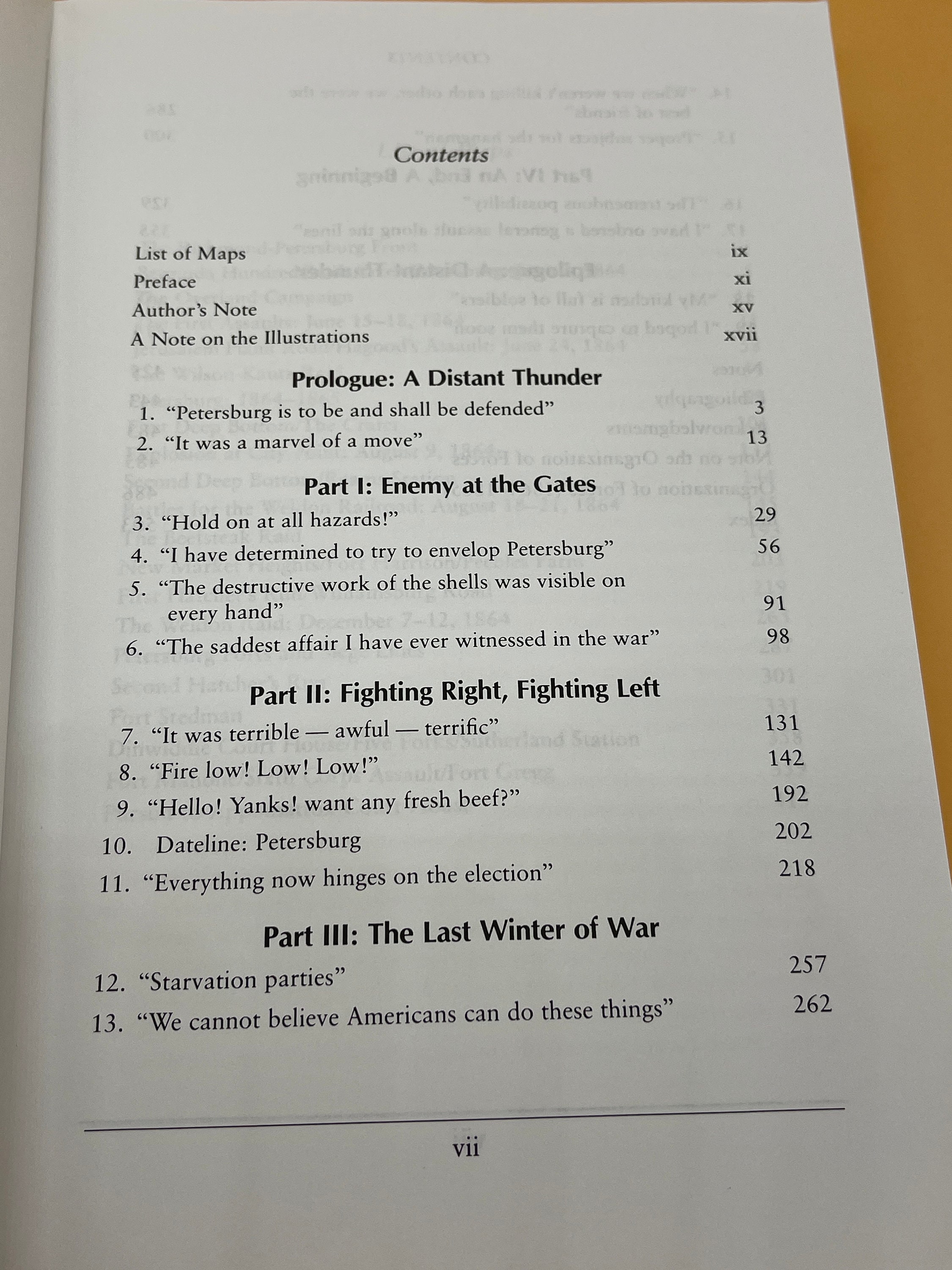 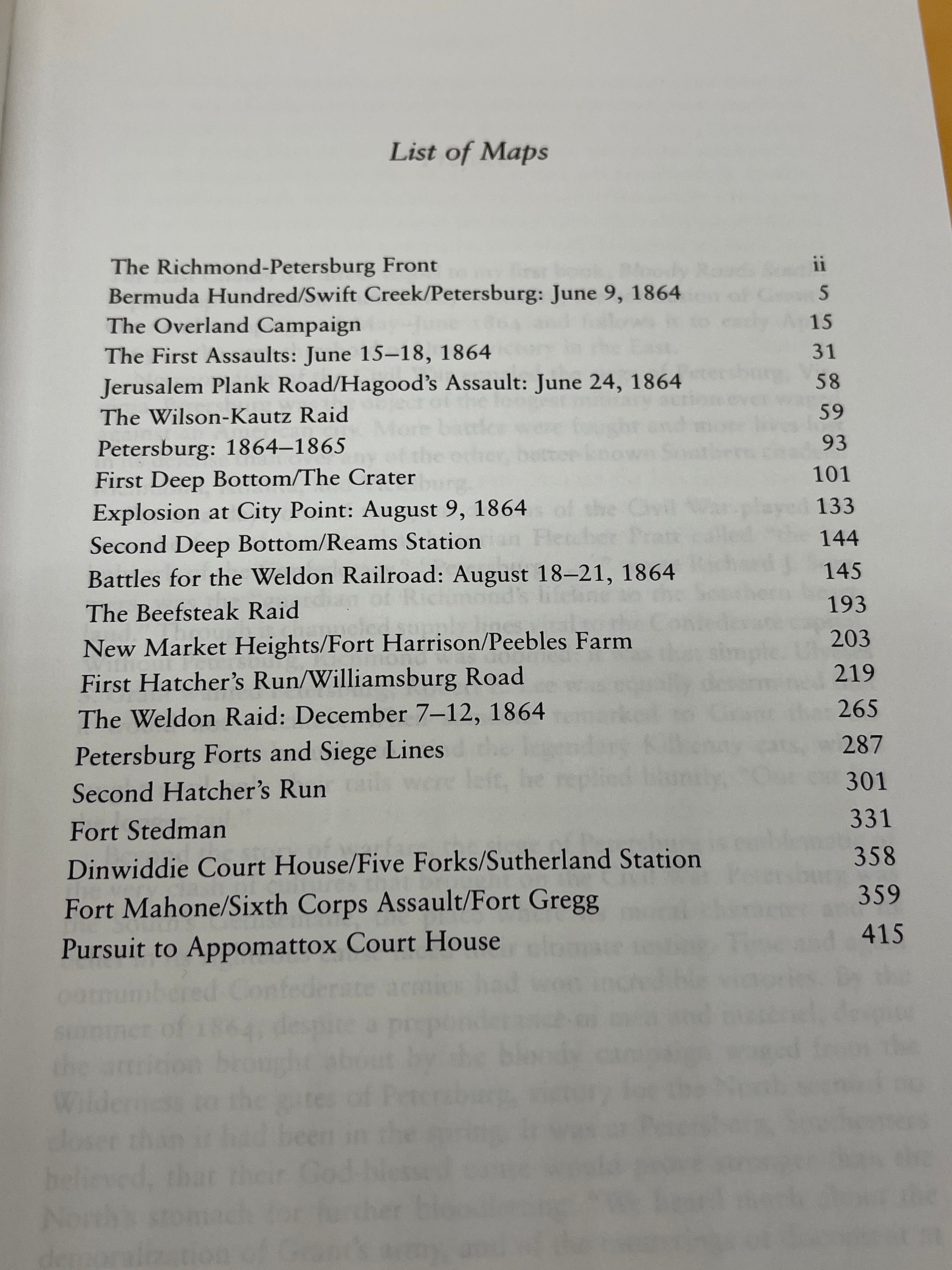 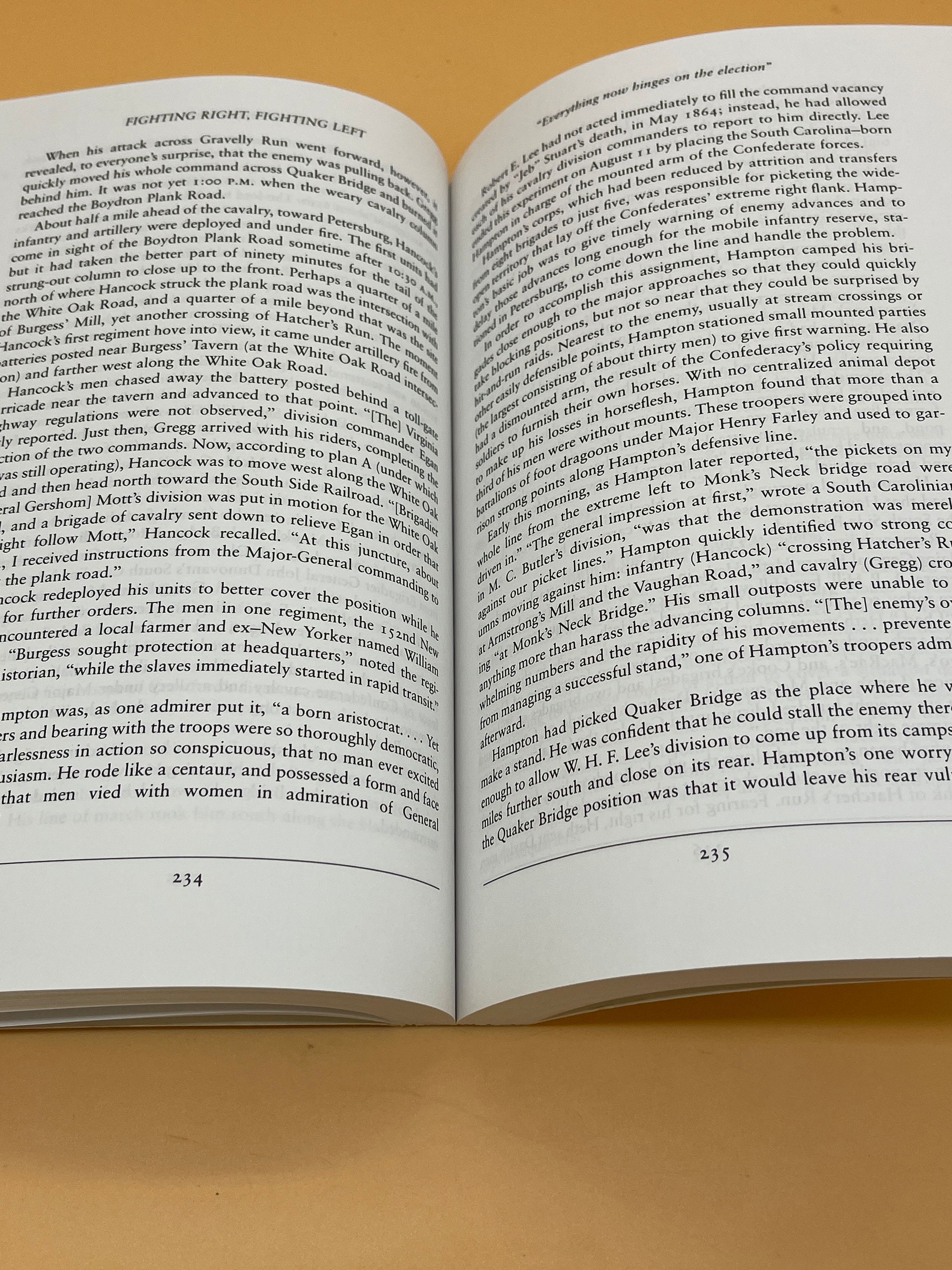 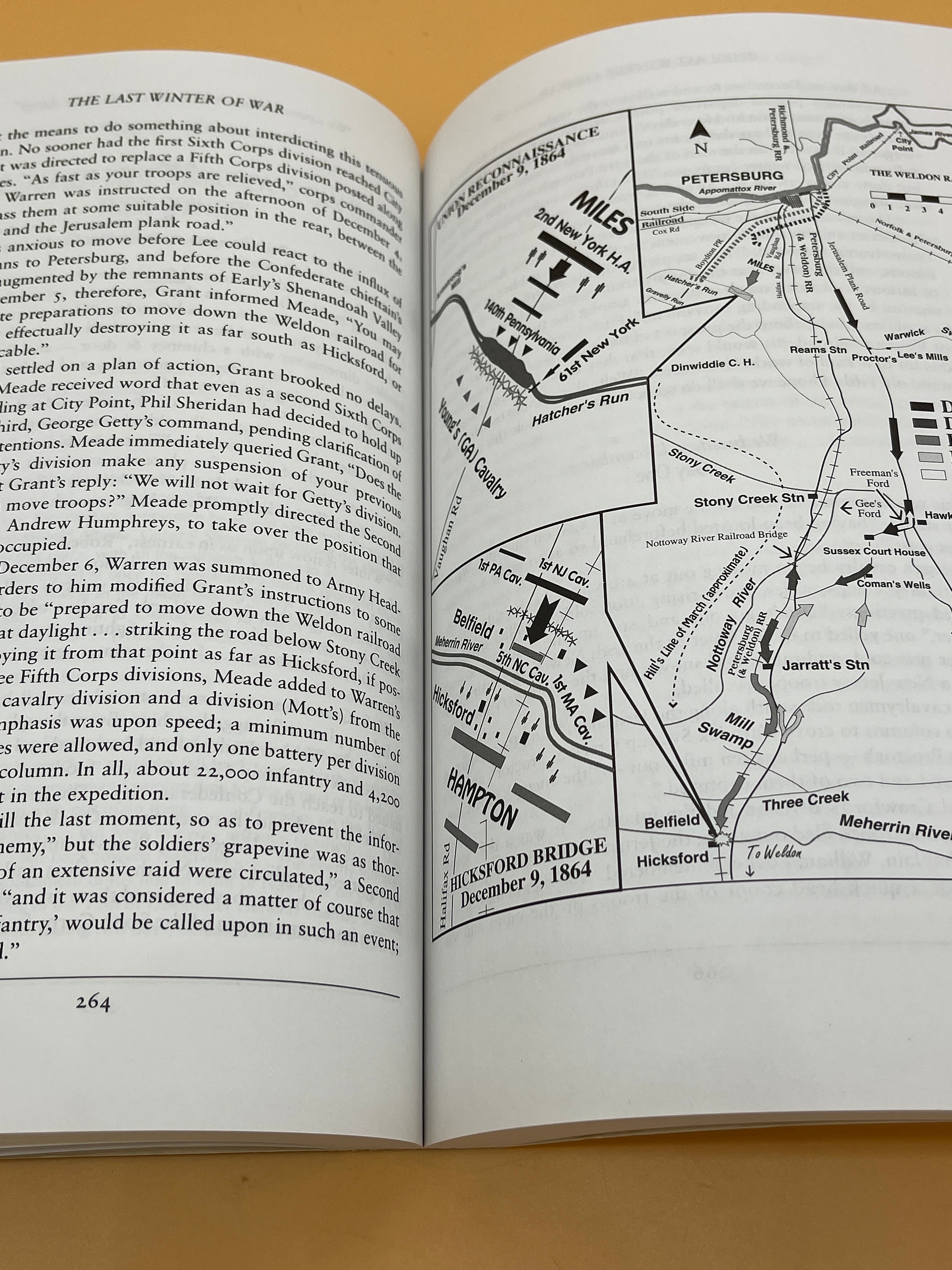 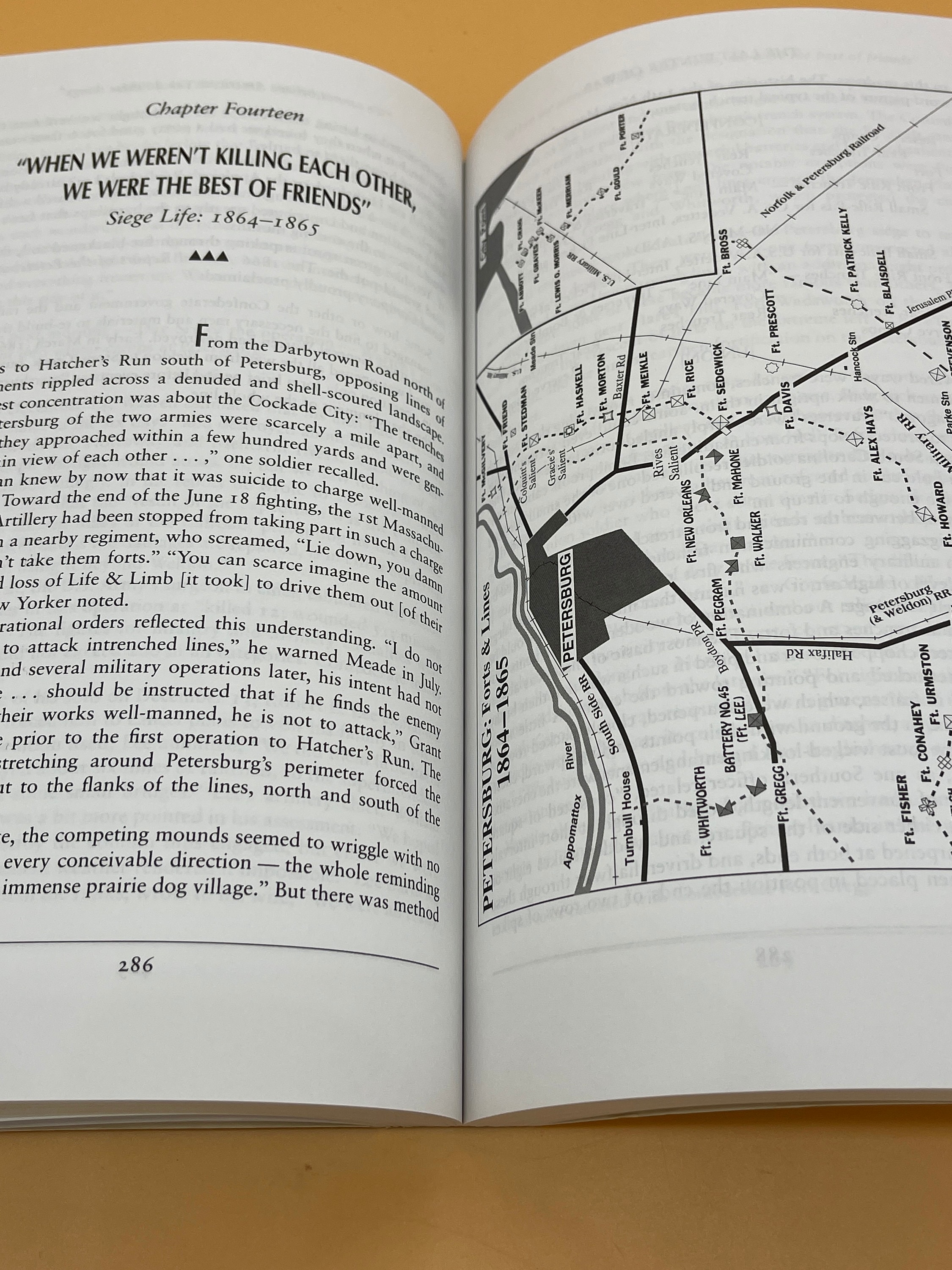 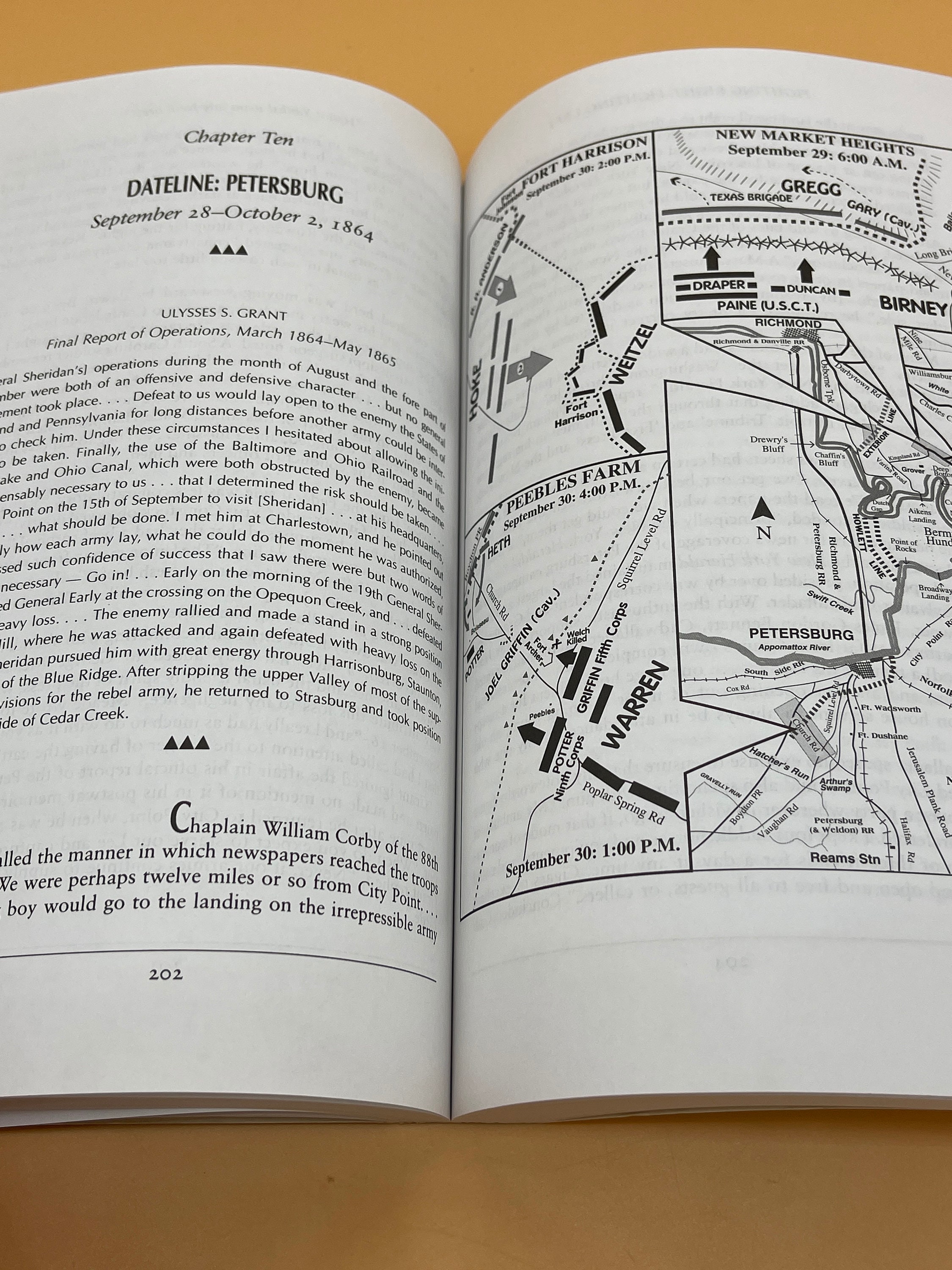 This is a very good paperback. 1993 Louisiana State University Press. This copy is crisp and clean inside and out. The pages are crisp, clean and free of markings. The binding is tight and straight, NO creasing along spine. The cover is clean and shiny with only a hint of shelf wear from display. Trade paperback, standard size octavo or 6" x 9" with 514 pages including index.

This title is the definitive one volume account of the siege of Petersburg Virginia. By the end of the siege, more than 70,000 casualties were added to the war. Because it lay astride five major railroad lines that supplied Richmond, Petersburg was key to the war effort in the East. With dogged determination, General Ulysses S. Grant fixed his sights on the capture of the city. His Confederate counterpart, General Robert E. Lee, was equally determined that Petersburg could not fall.
This account is told through the words of the men and women who were there, including officers, soldiers, and citizens. The book is finely illustrated with maps and illustrations.

Thank you for visiting Bobbis Bookstore