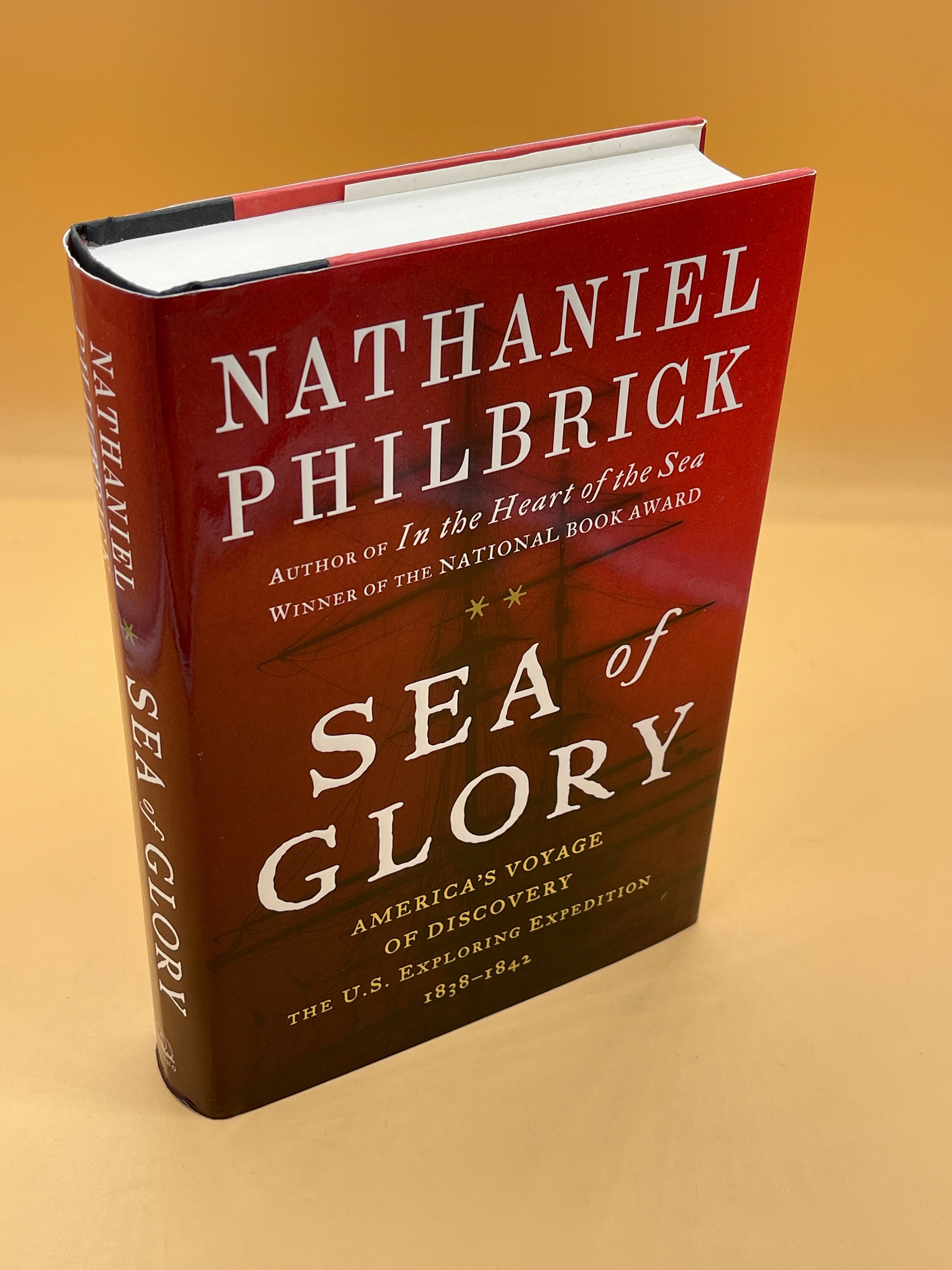 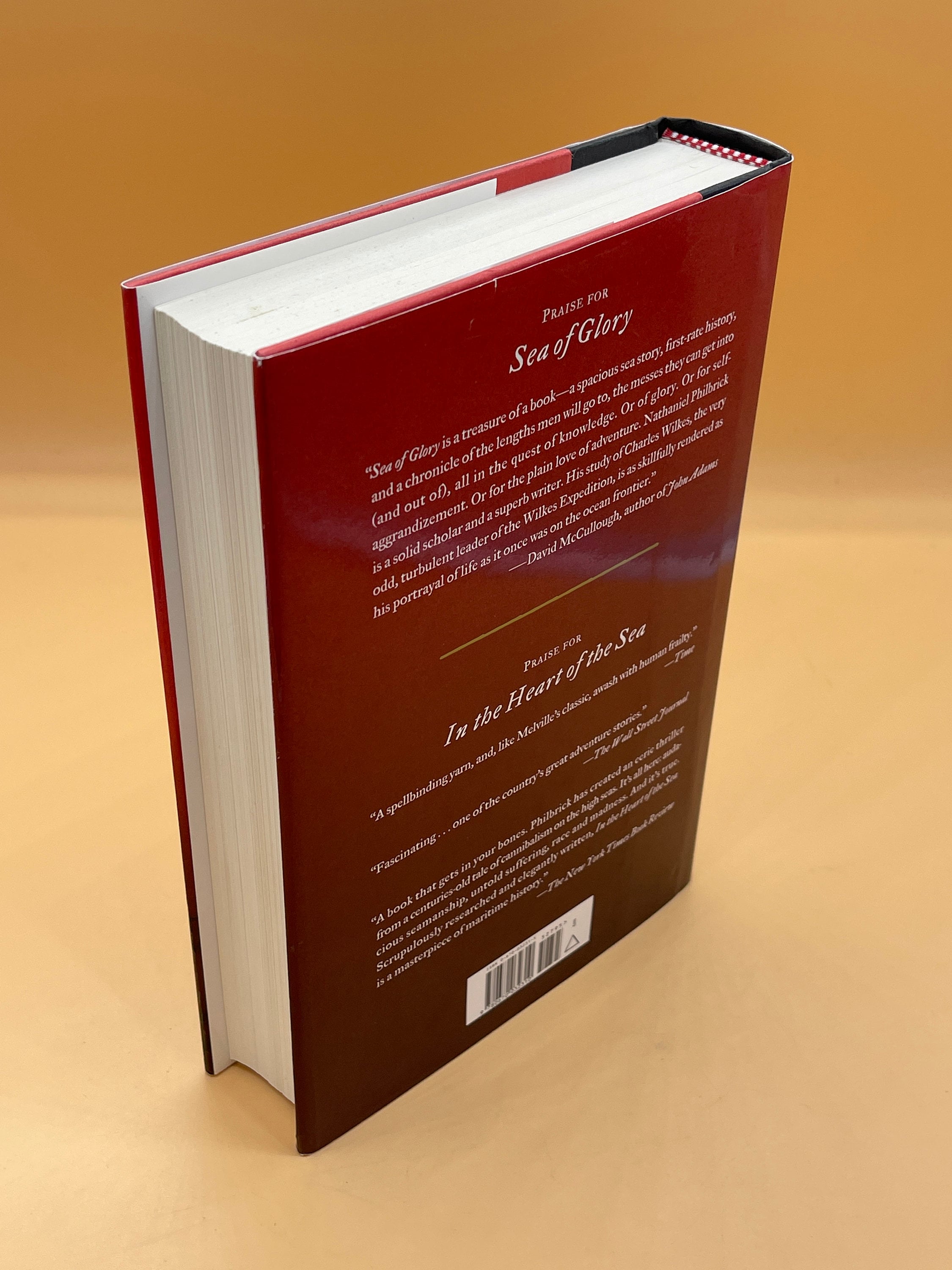 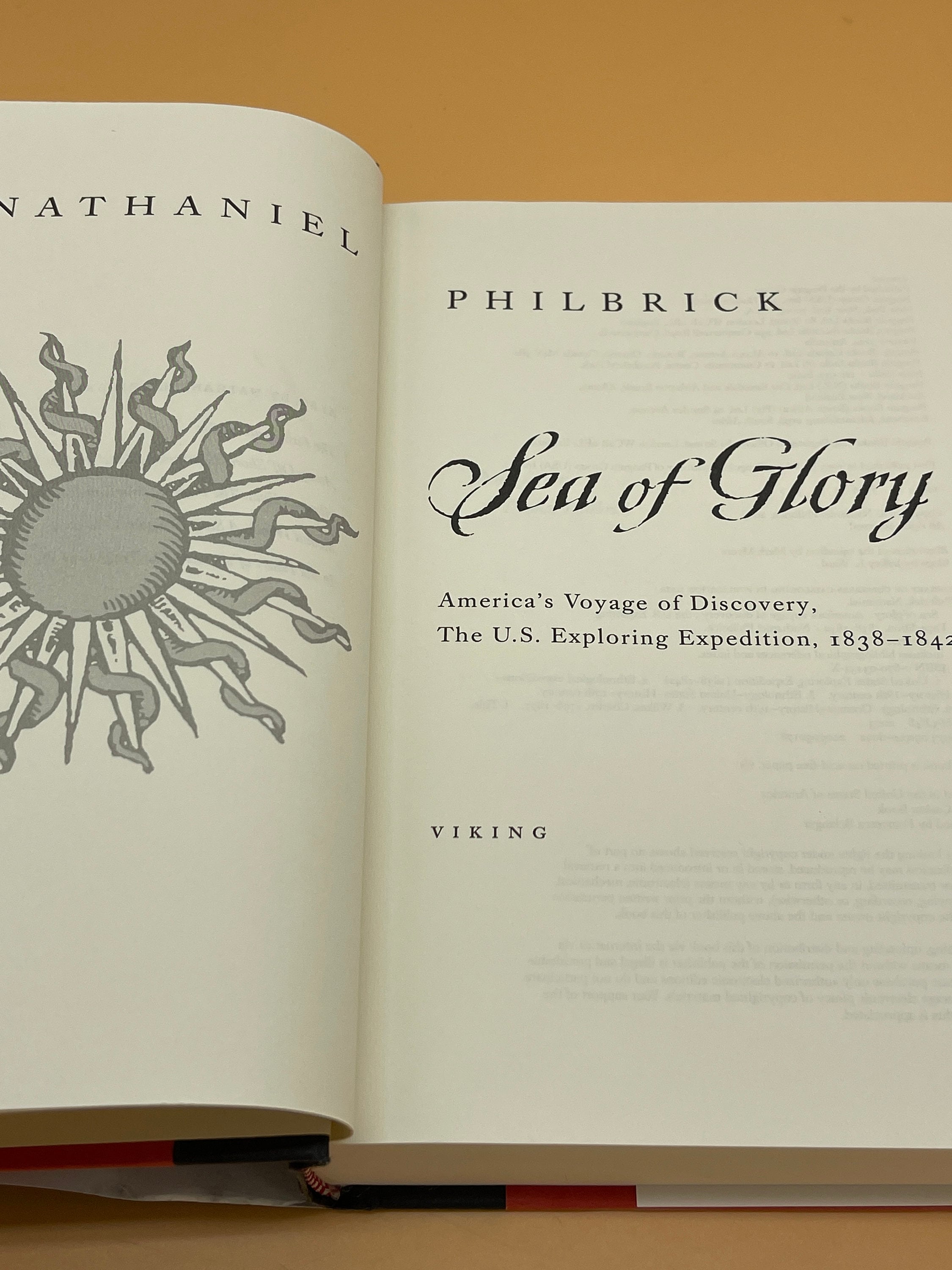 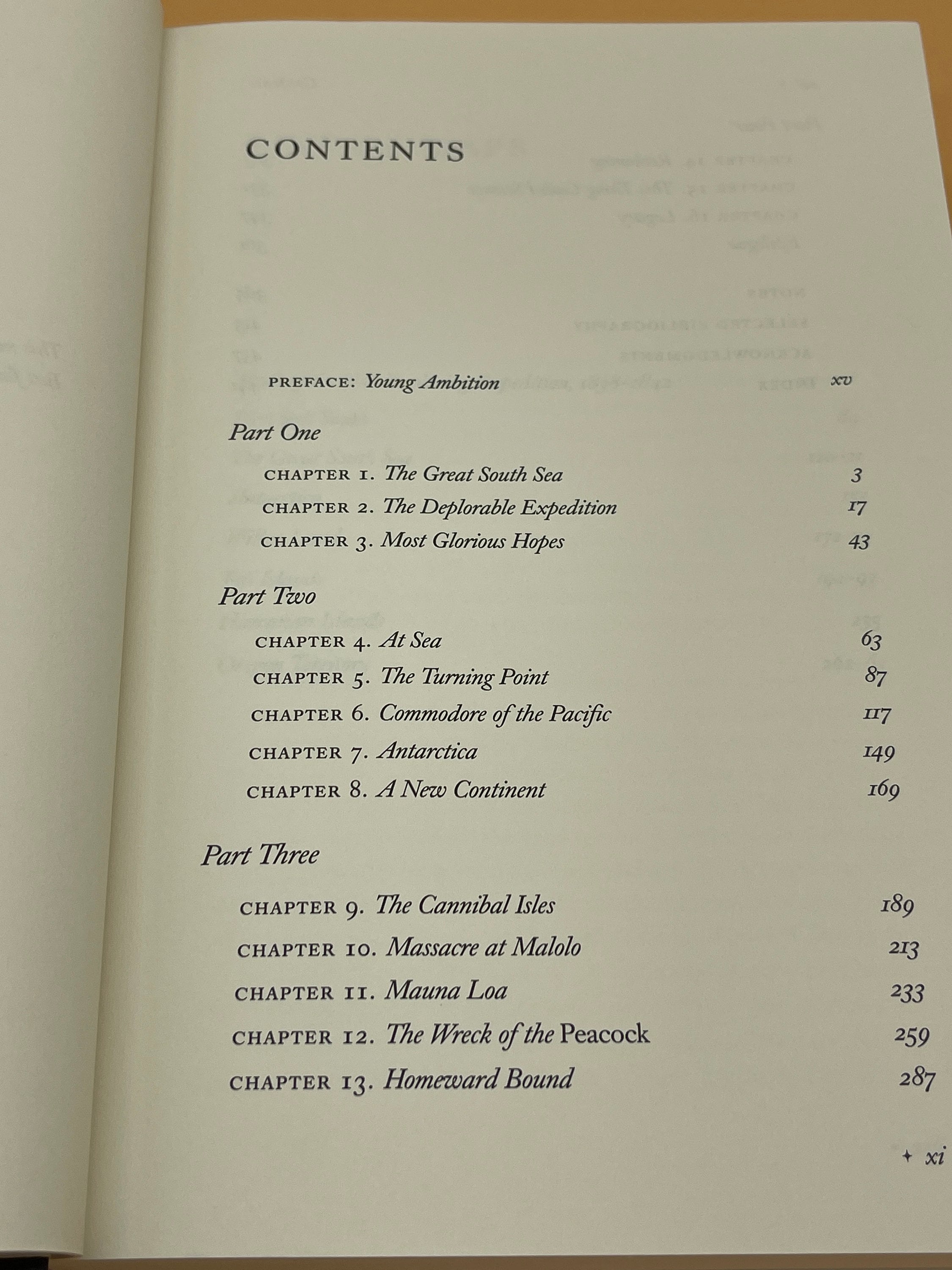 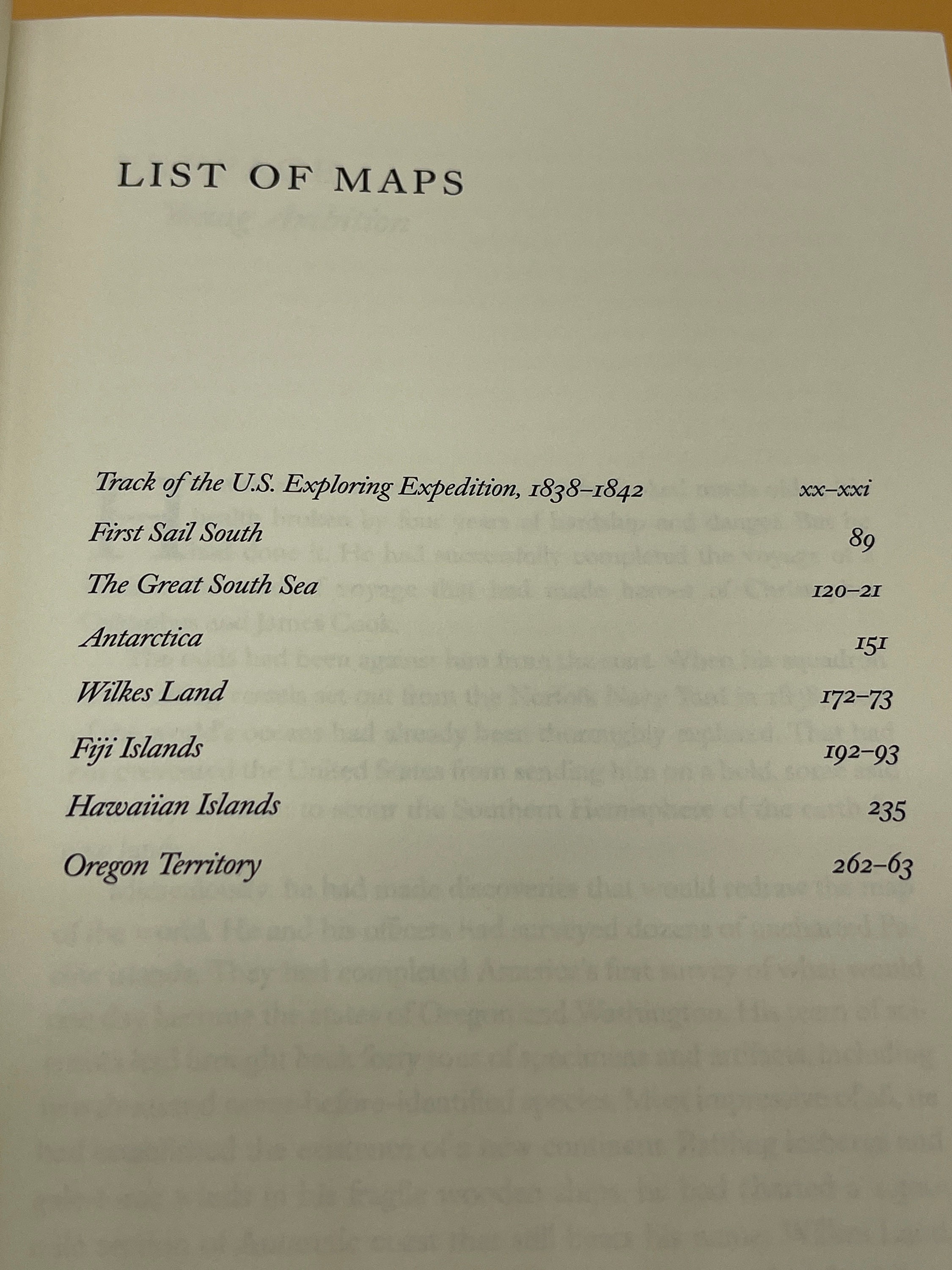 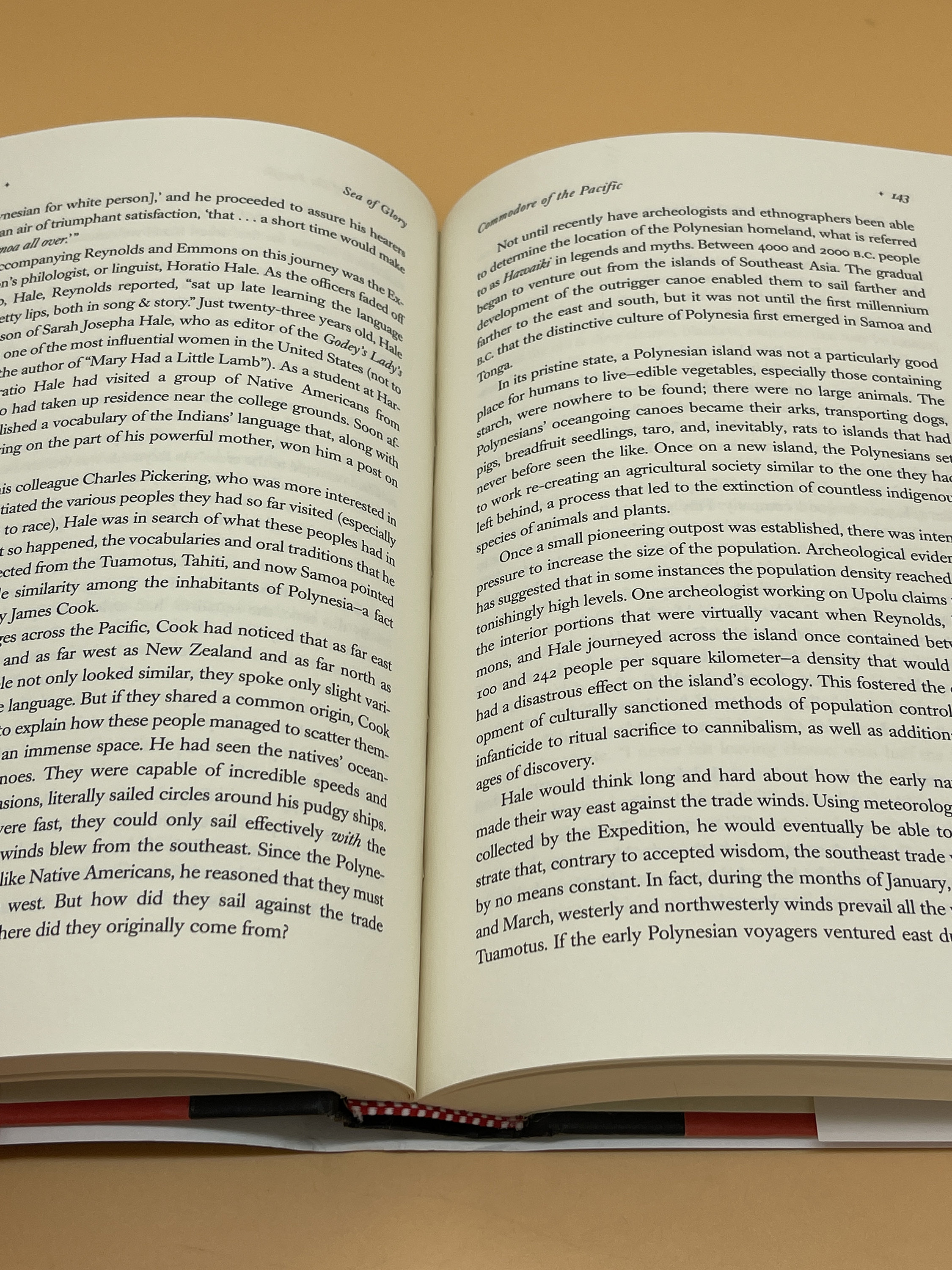 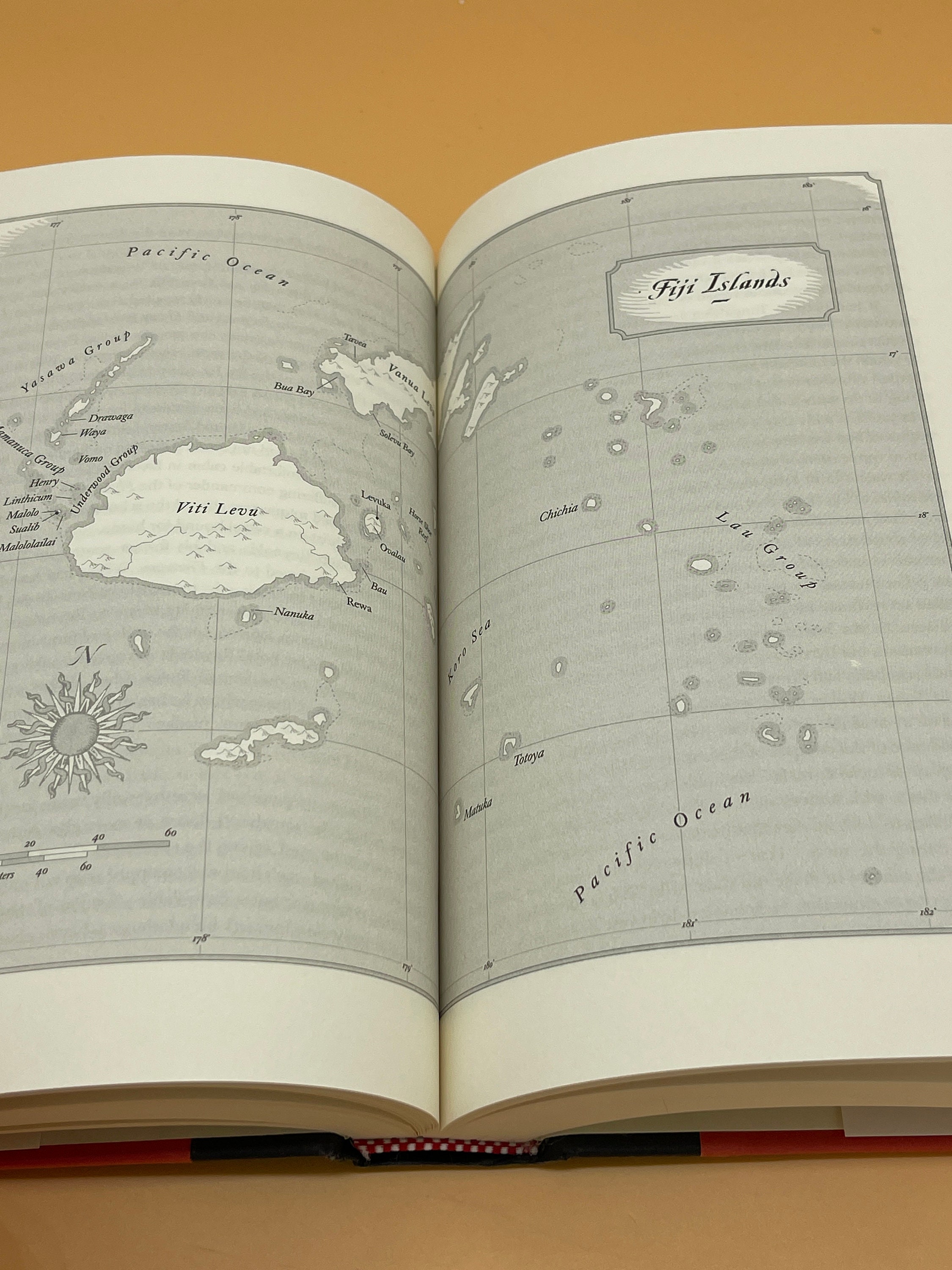 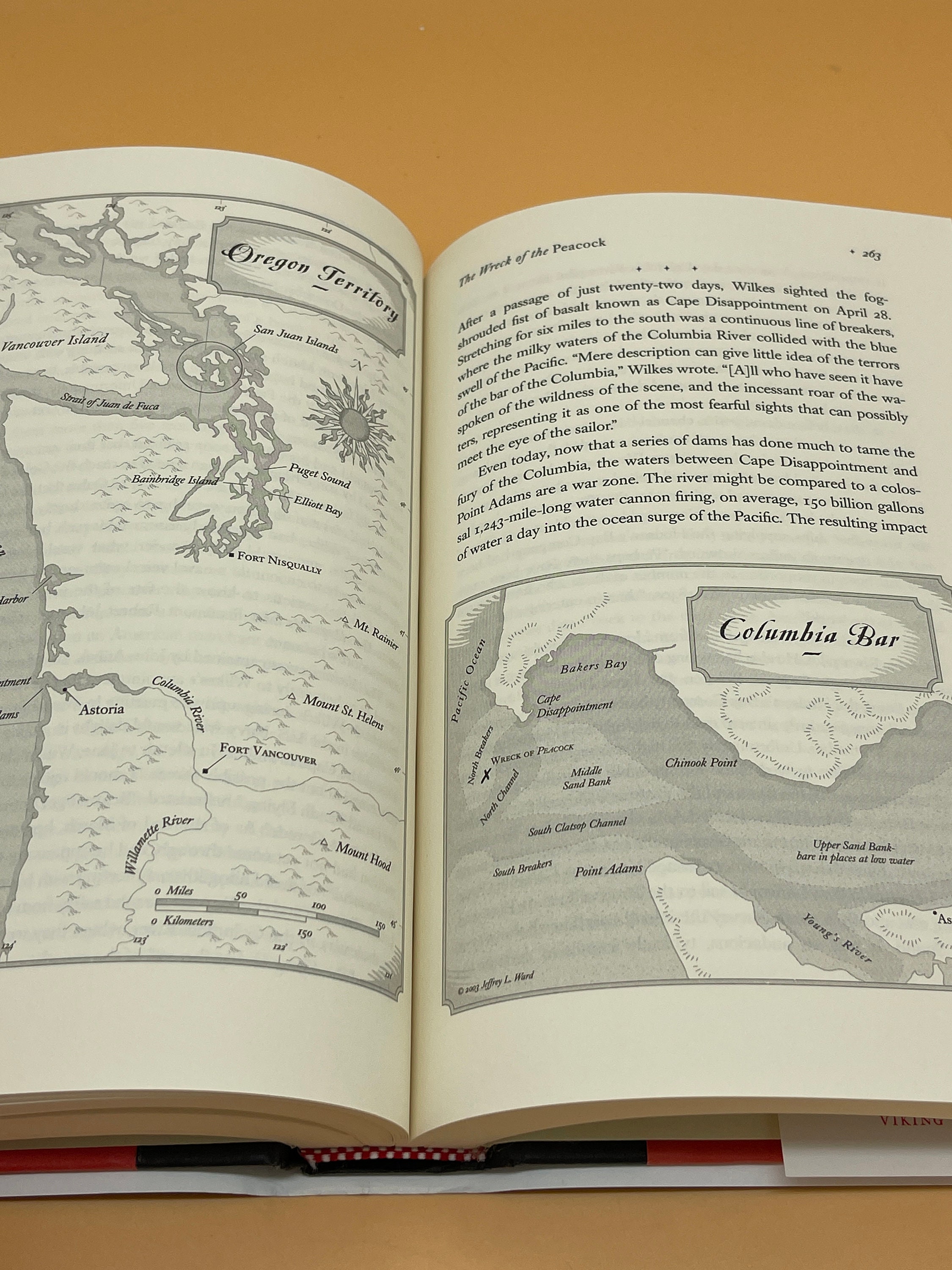 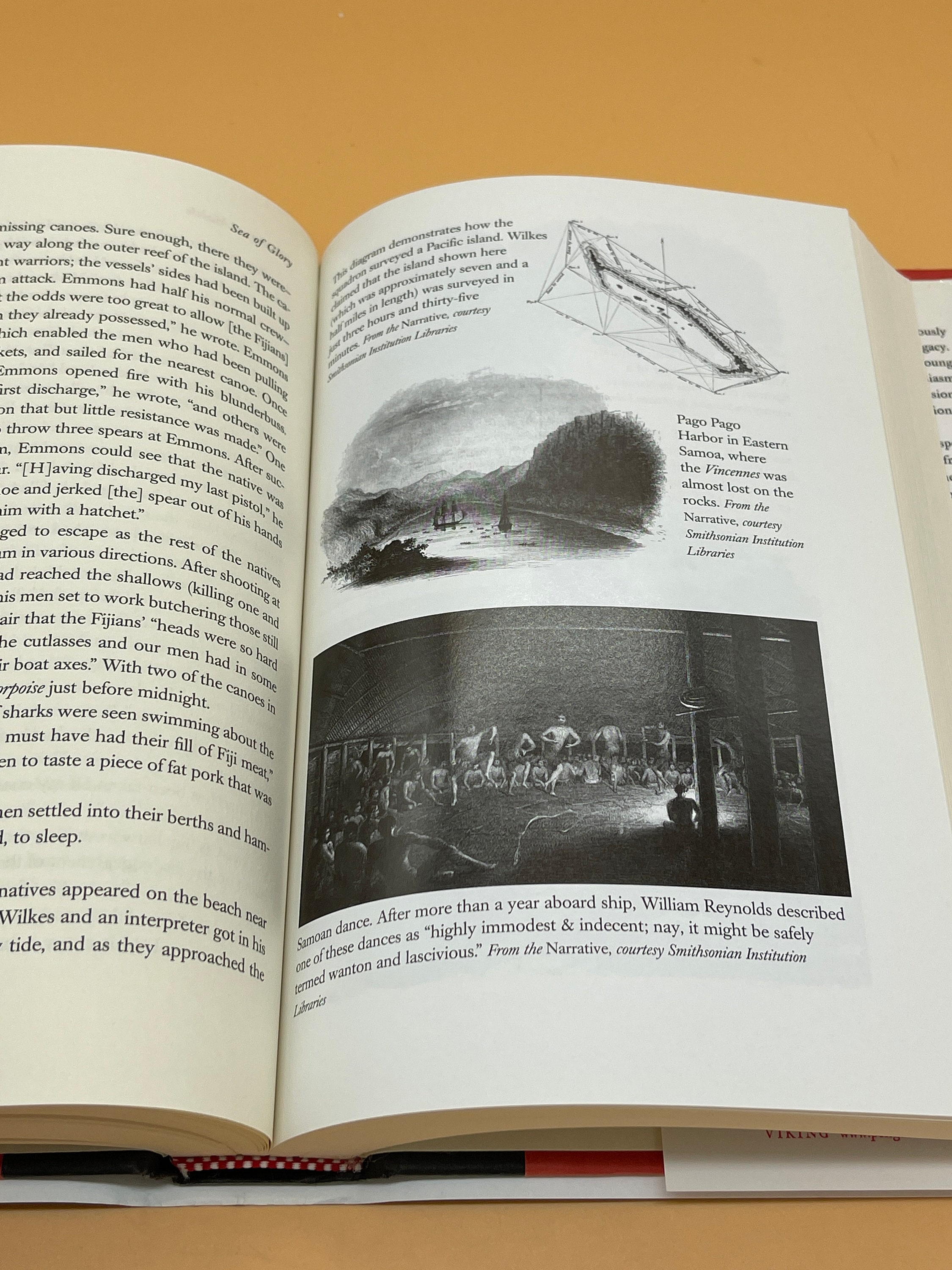 This is a near fine (almost like new) hardcover with dust jacket. 2003 Viking Publishing. This copy is crisp and clean inside and out. Pages inside are crisp, clean and free of markings. The binding is tight and straight, near fine. Black hardcover boards under jacket are also near fine with only a hint of wear. The dust jacket is clean and shiny with only a hint of shelf wear. Standard octavo size or 6" x 9" with 452 pages.

America's first frontier was not the west, it was the sea. In this epic of adventure, Nathaniel Philbrick writes about the expedition that attempted to tame the dangers of the sea, only to find itself at the mercy of a tempestuous commander. The U.S. Exploring Expedition of 1838-1842 was one of the most ambitious undertakings of the 19th century and one of the largest the Western world had ever seen. Six sailing vessels and a crew of hundreds that included botanists, geologists, mapmakers and more - all under the command of the young, brash Lieutenant Charles Wilkes. The goal was to cover the Pacific top to bottom. They would discover a new continent that Wilkes would name Antarctica. They explored volcanoes on Hawaii and charted dozens of new islands across the Pacific.
Using new sources that included a secret journal, Philbrick reconstructs the darker saga that official reports never told. The story pivots on Wilkes, ambitious and petty, who undermined his feats by alienating his crew and sponsors. The story takes the reader on a journey from the Pacific Northwest to Antarctica to encounters with dangerous natives, and the exhilaration of exploration.