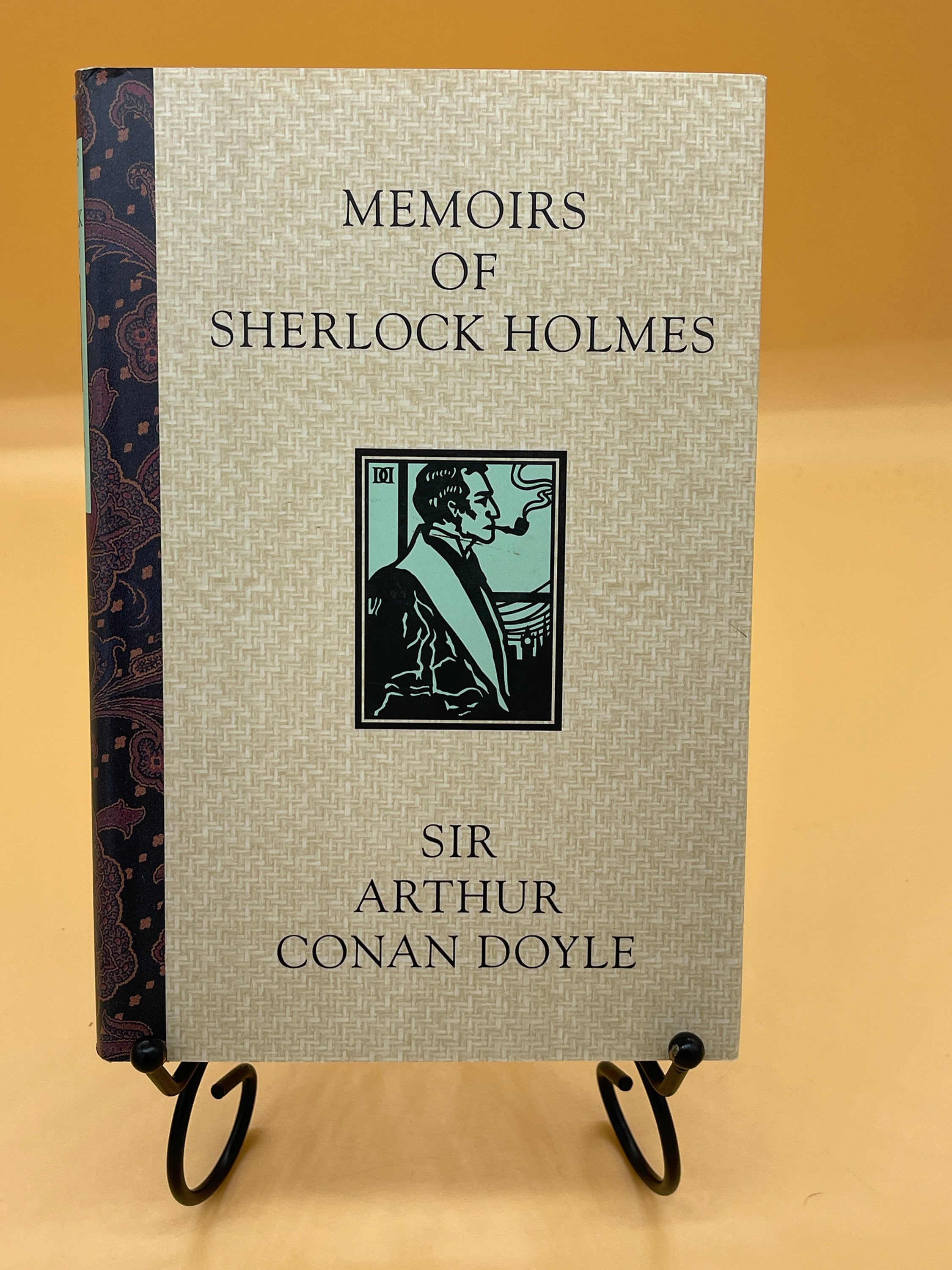 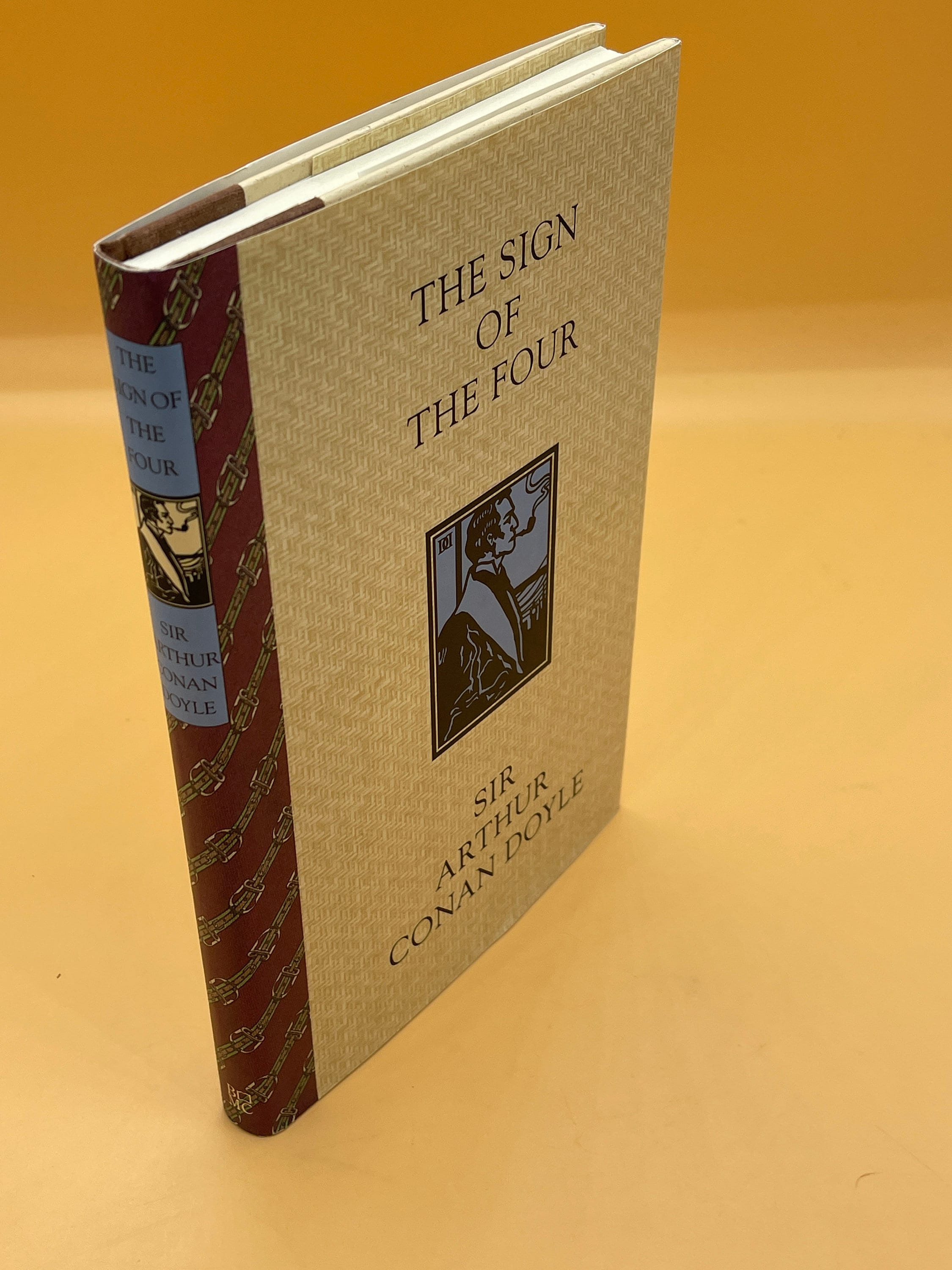 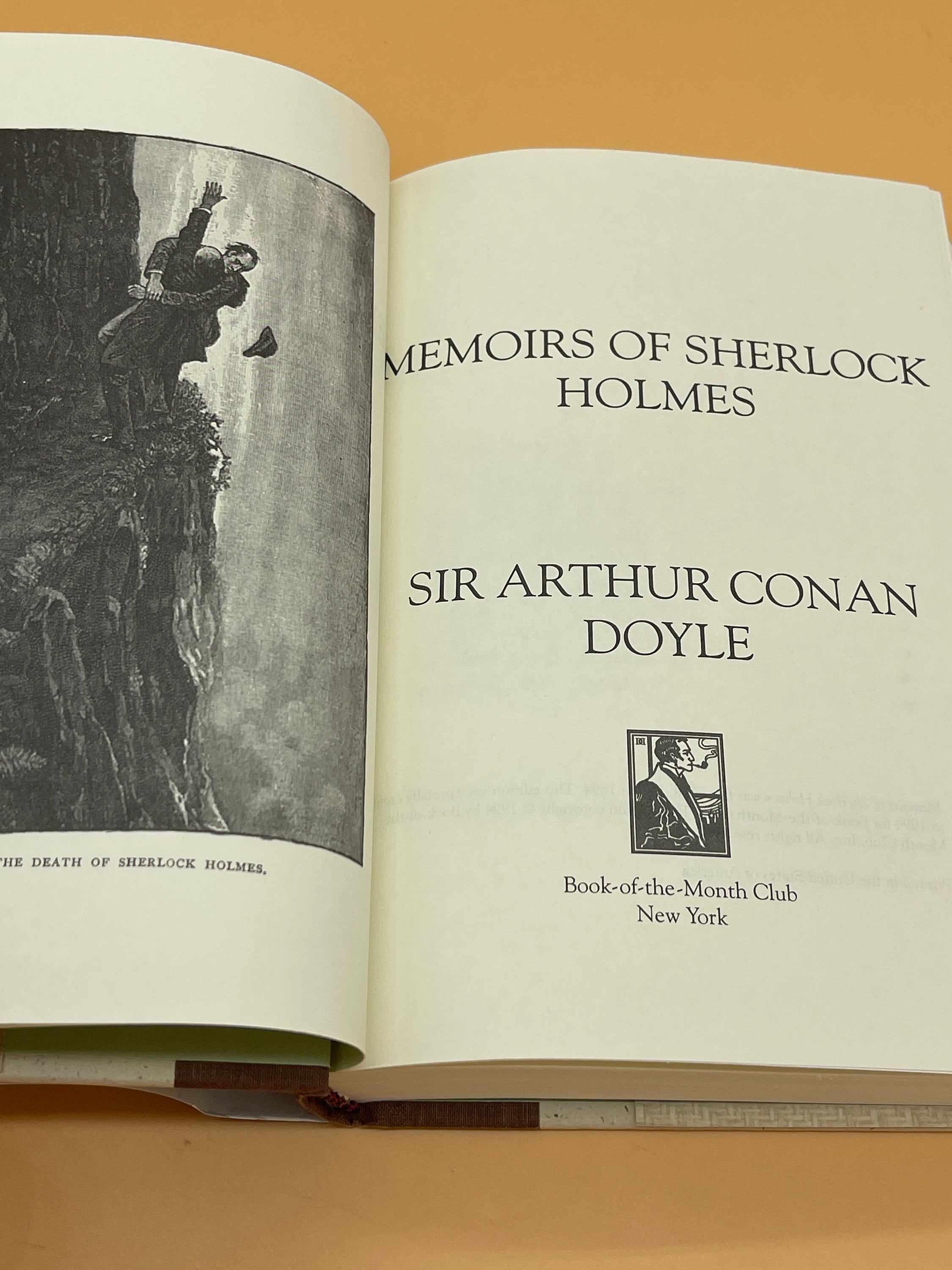 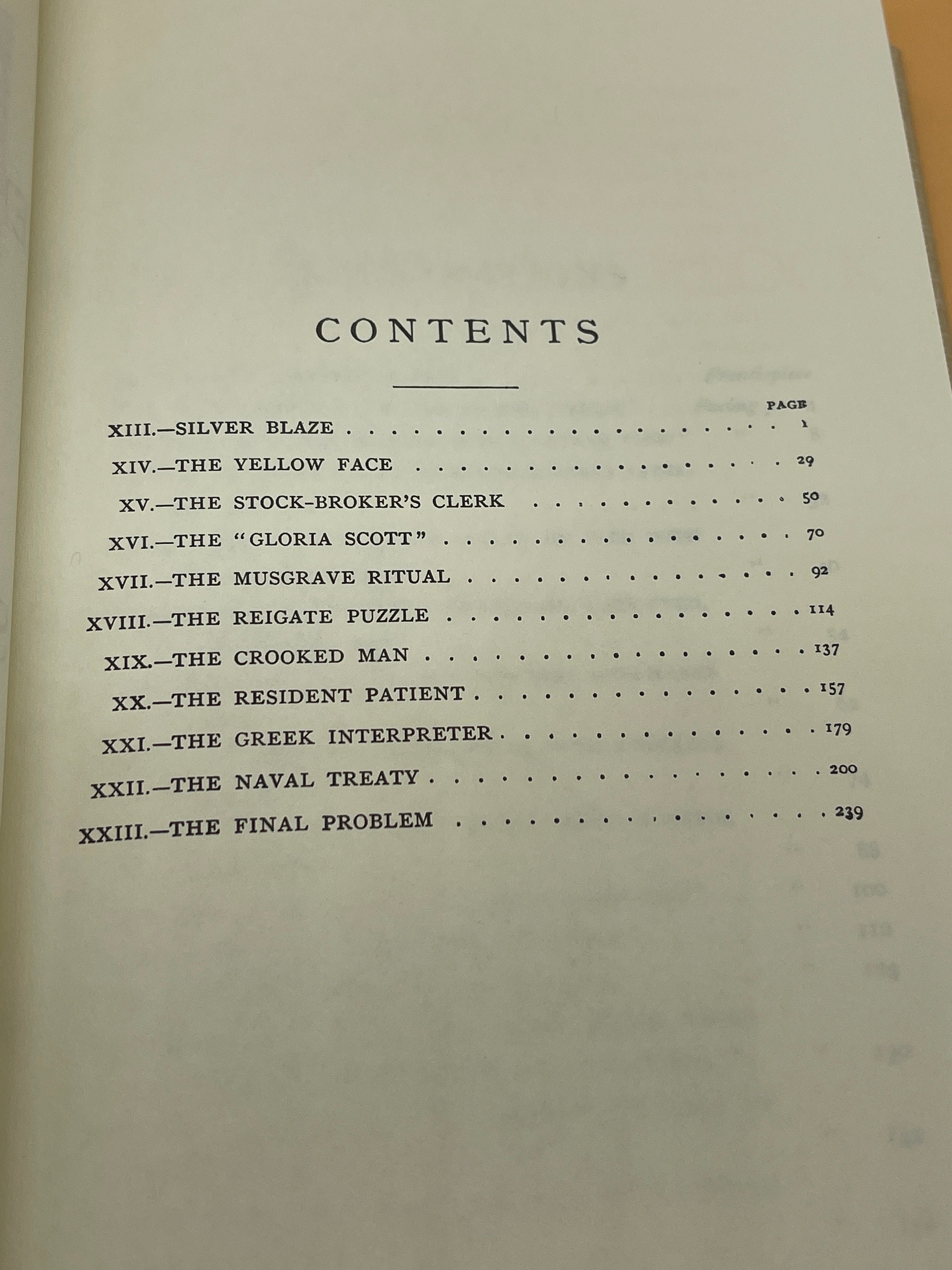 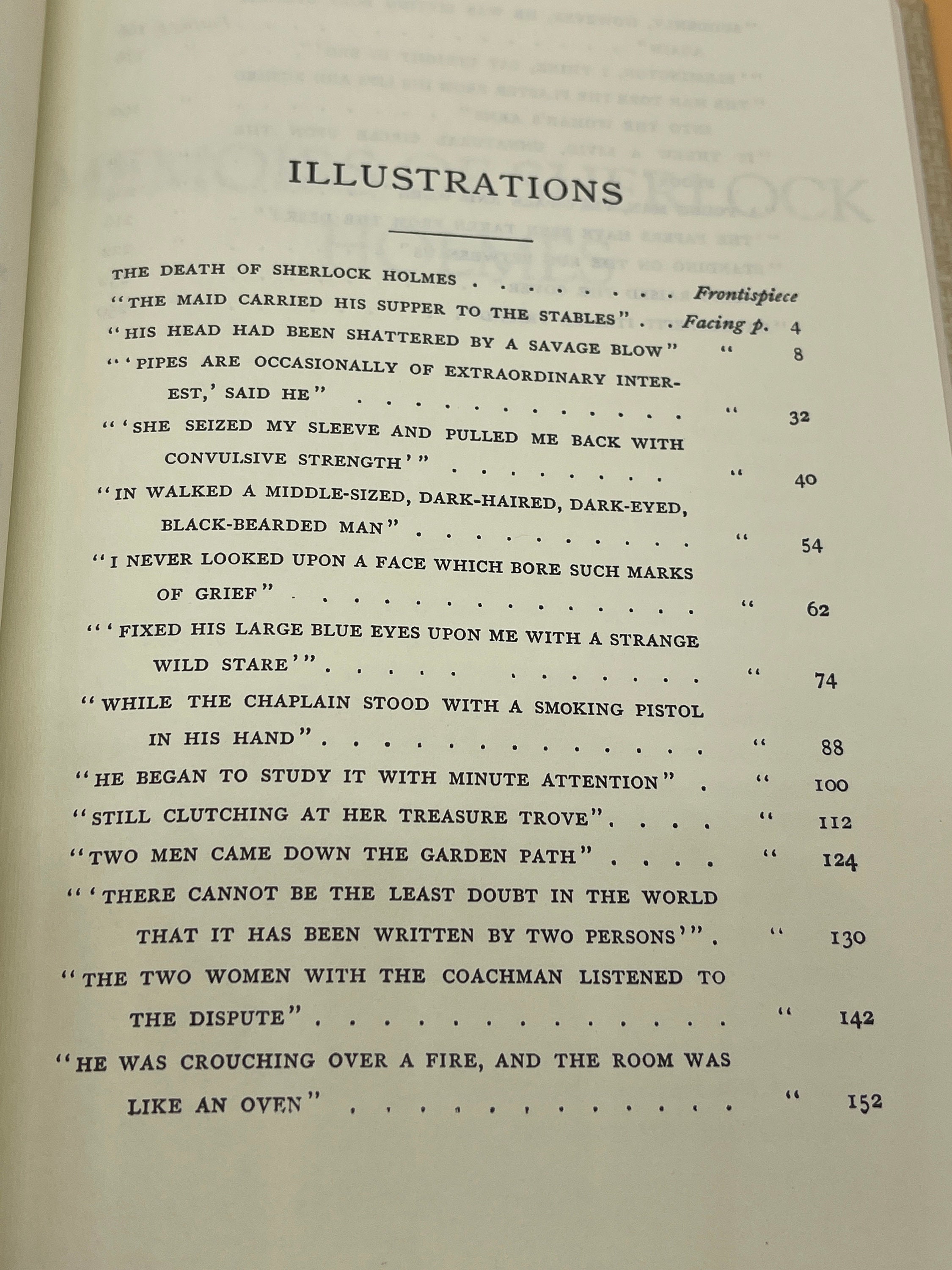 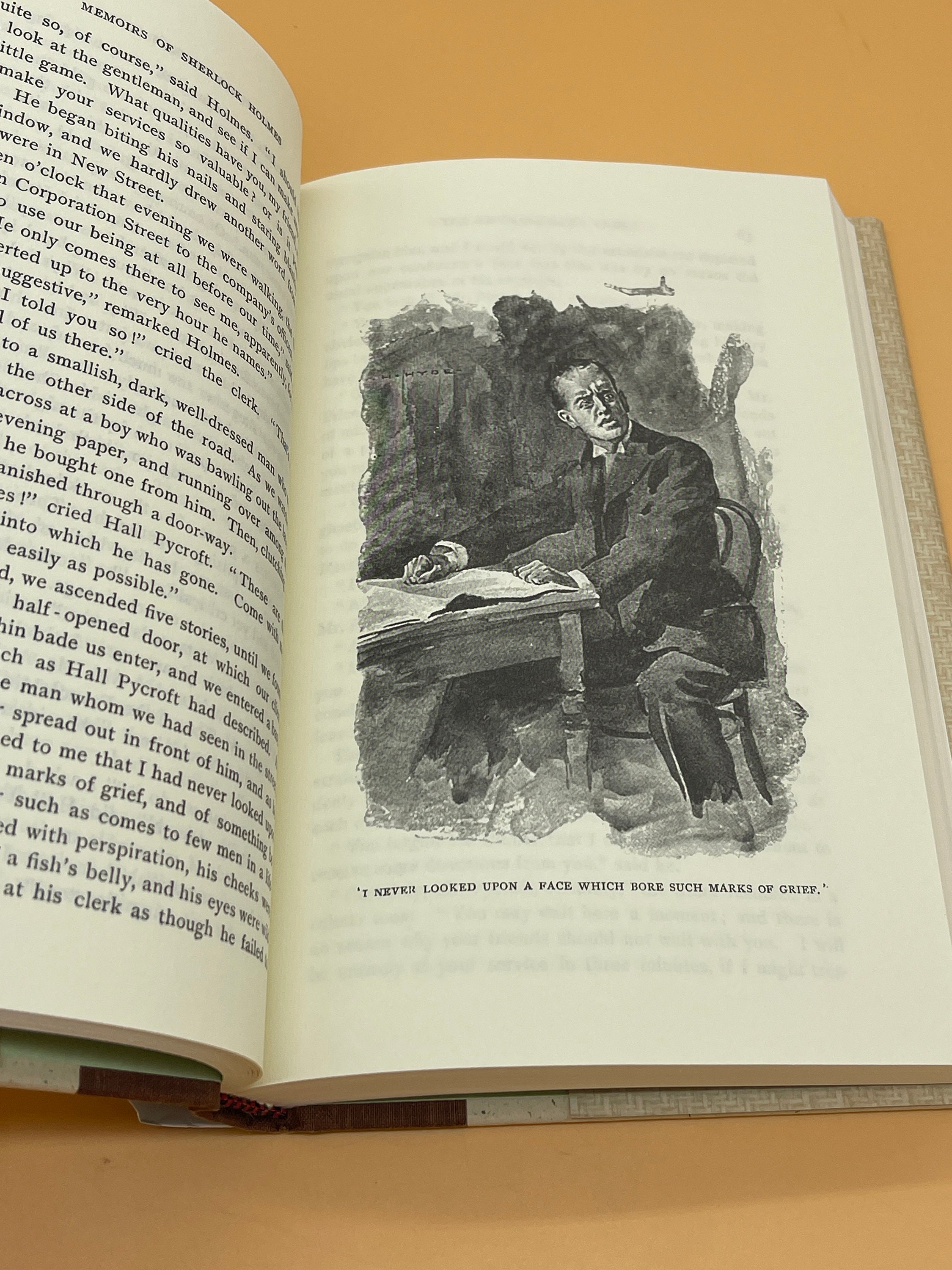 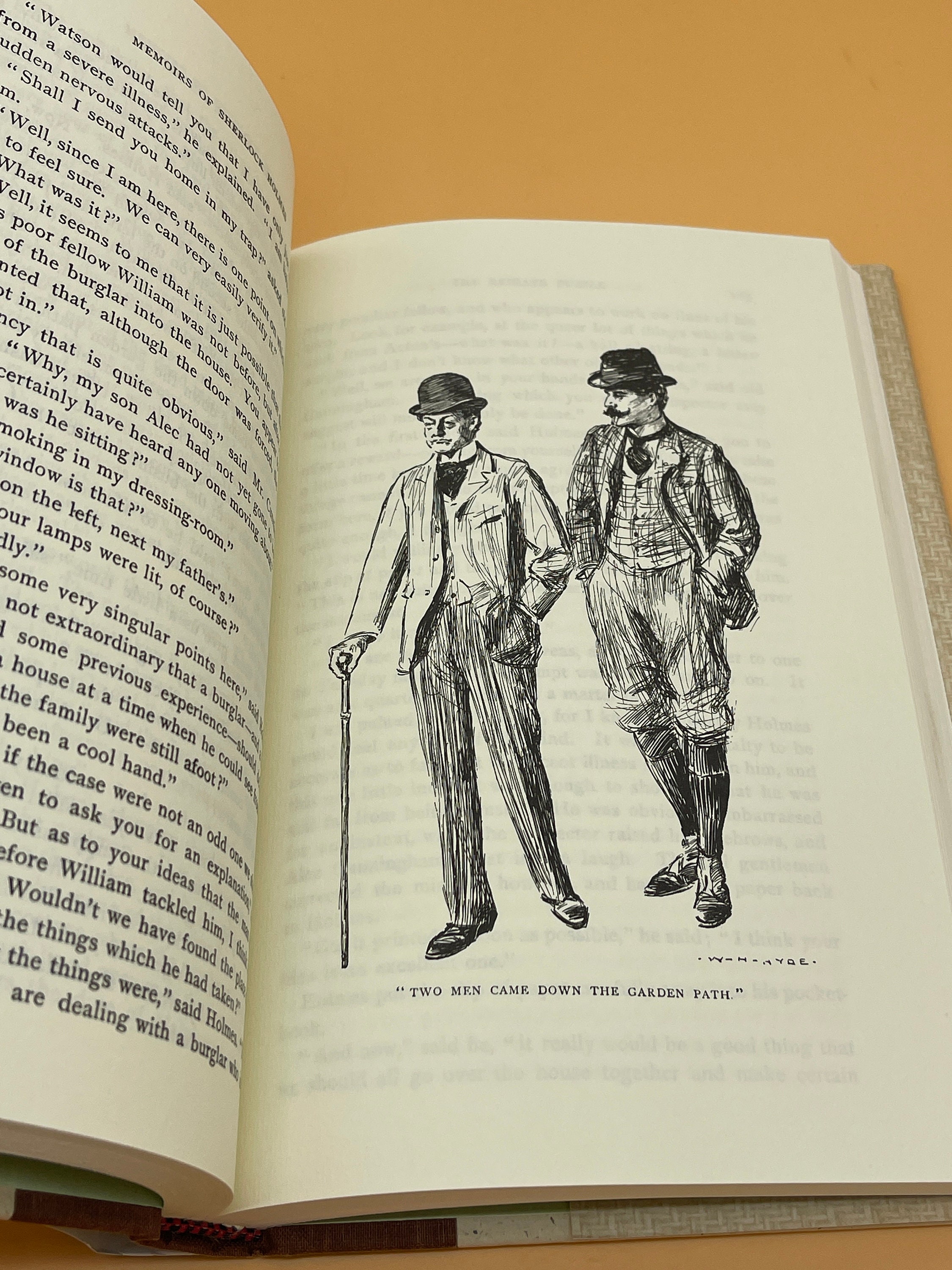 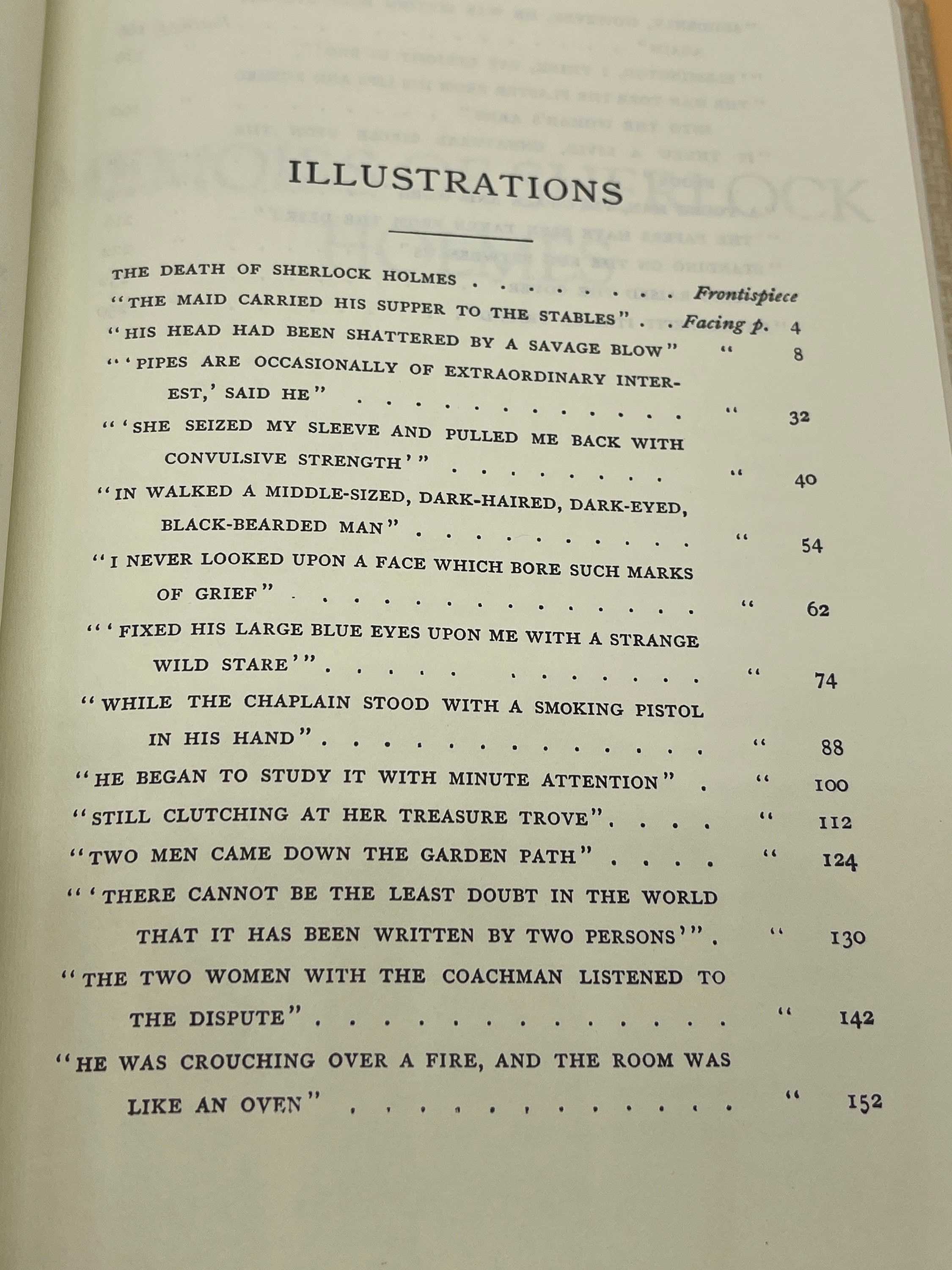 This is a near fine (almost like new) hardcover with dust jacket. 1994 Book of The Month Club New York. This copy is crisp and clean inside and out. The pages are crisp, clean and free of markings. The tan w brown half cloth hardcover boards under jacket are accented w gold title lettering on spine. Hardcover boards are also near fine. The dust jacket is clean and near fine with only a hint of shelf wear. Illustrated endpapers front and back endpapers. Standard octavo size or 6" x 9" with 259 pages.

Memoirs of Sherlock Holmes paint a fascinating portrait of the detective at his best. Readers are treated to an account of Holmes' first case. A total of 11 stories fill the pages along w over 20 illustrations and handsome frontispiece.