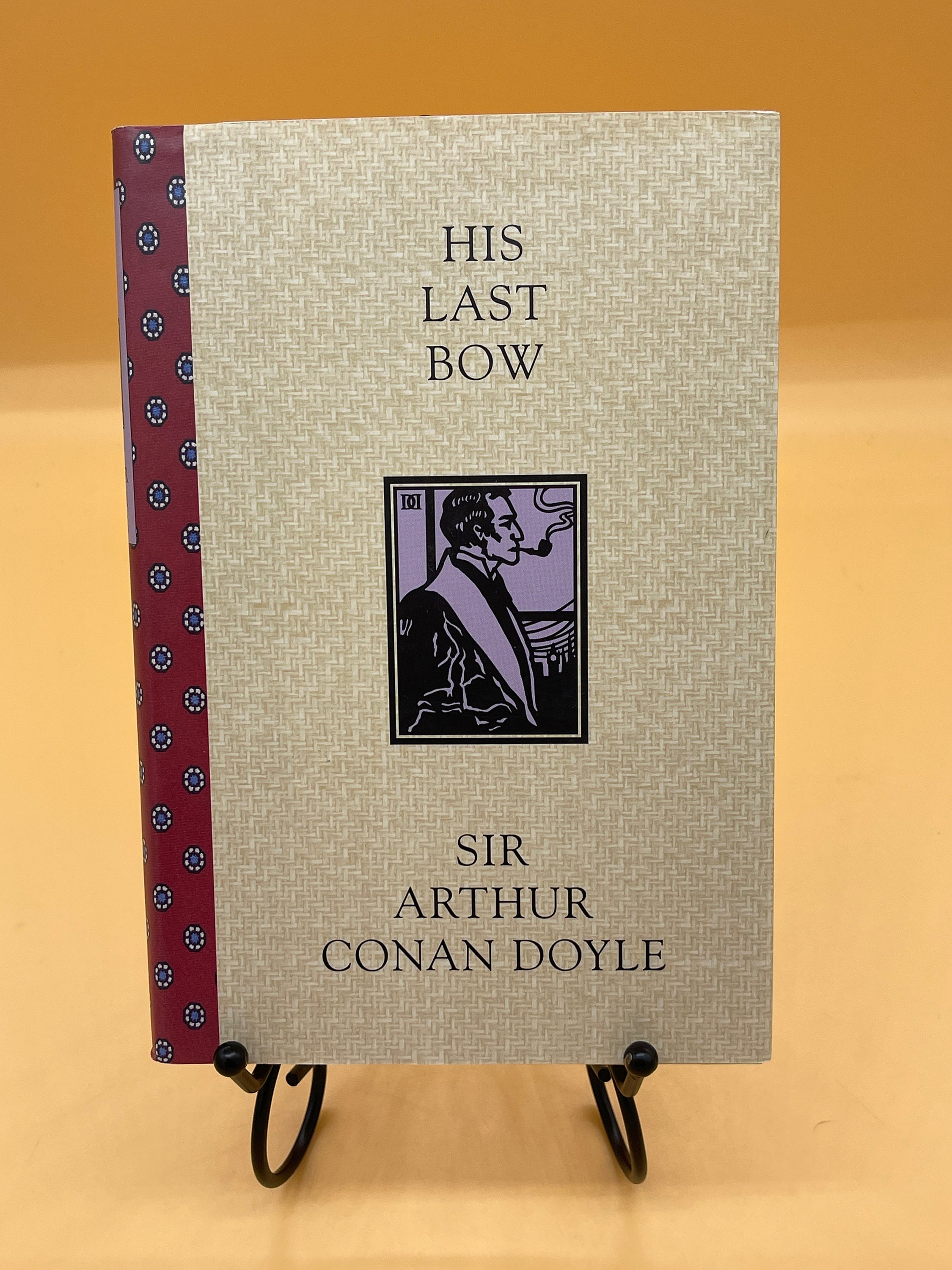 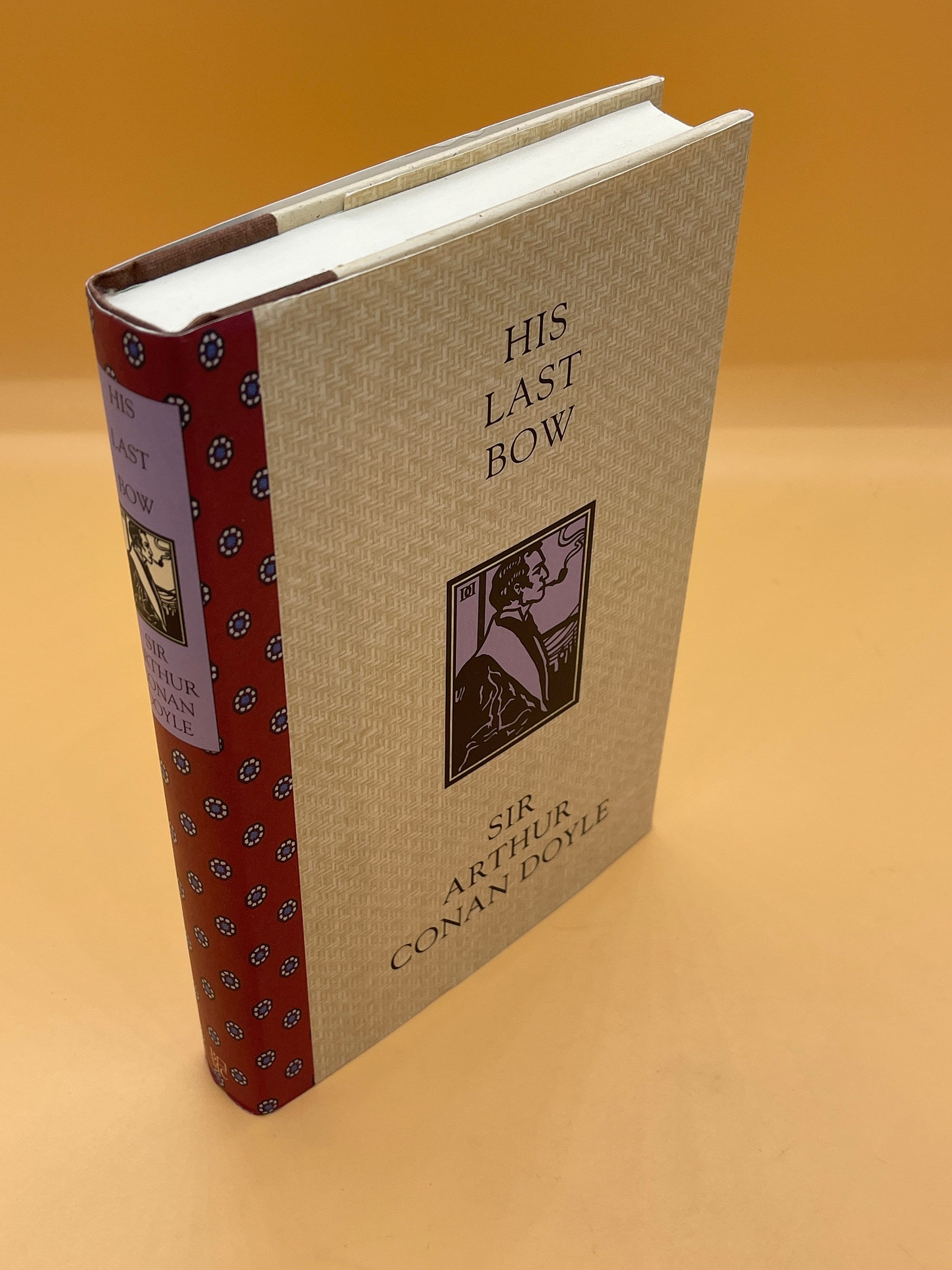 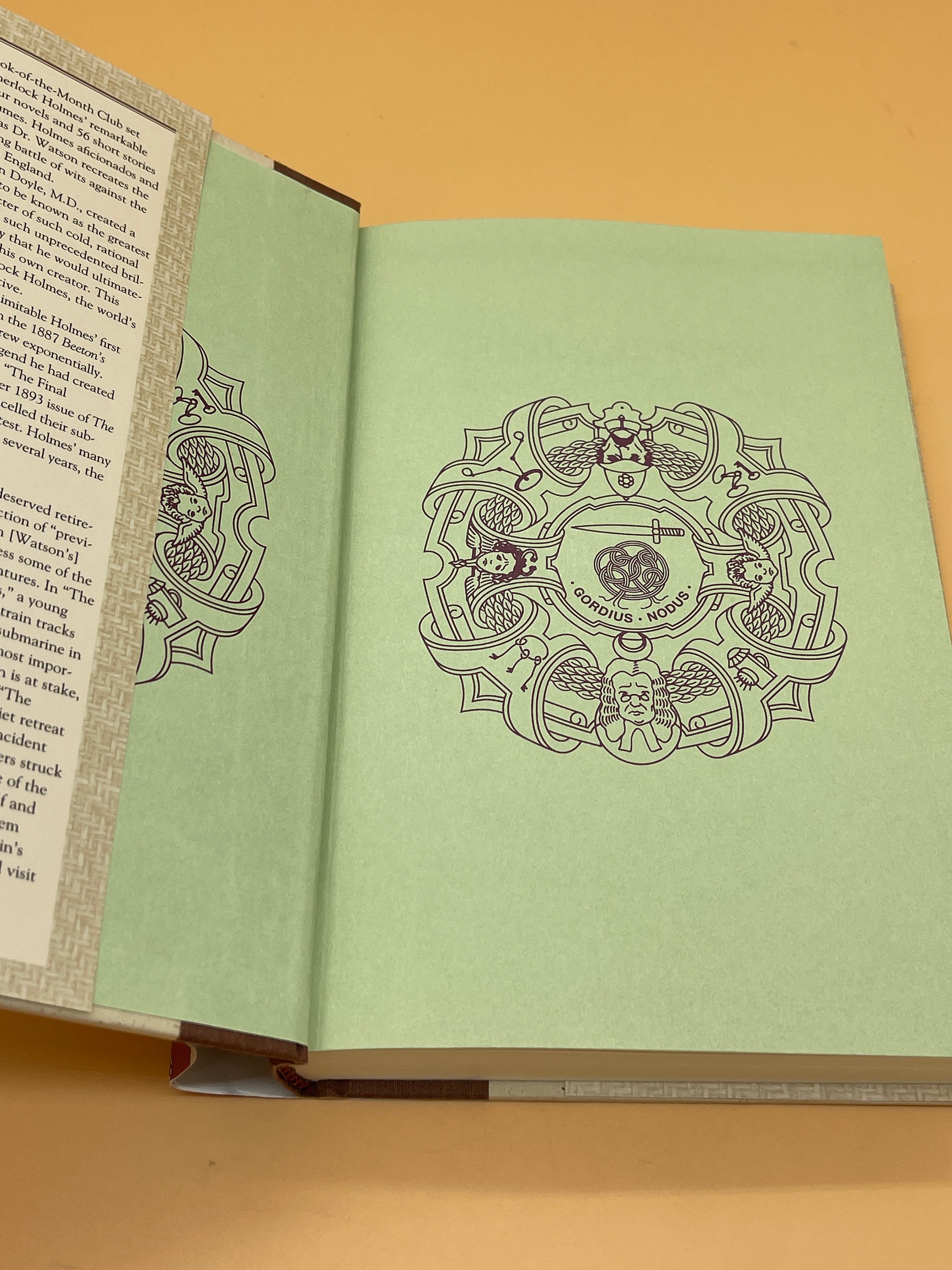 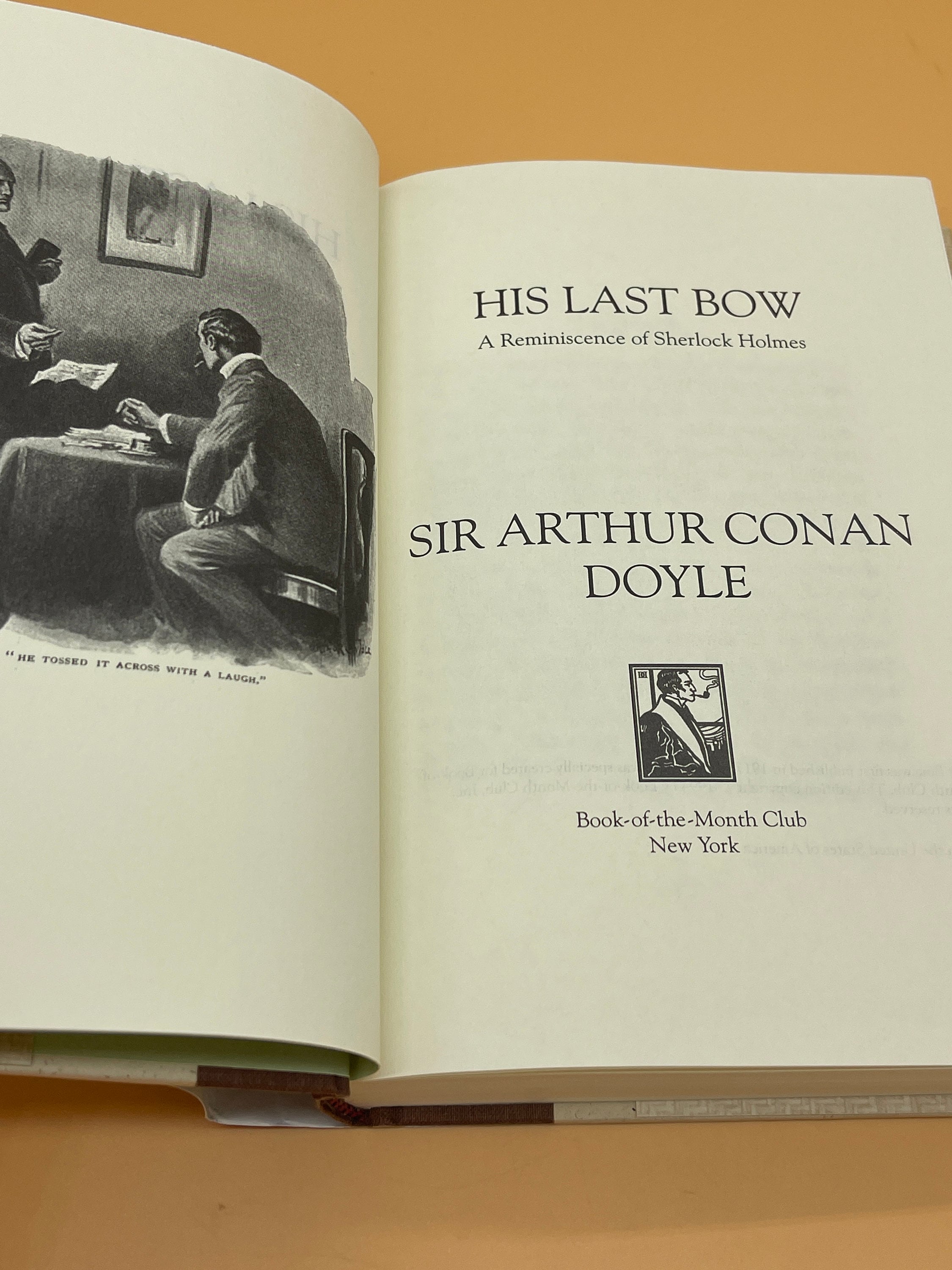 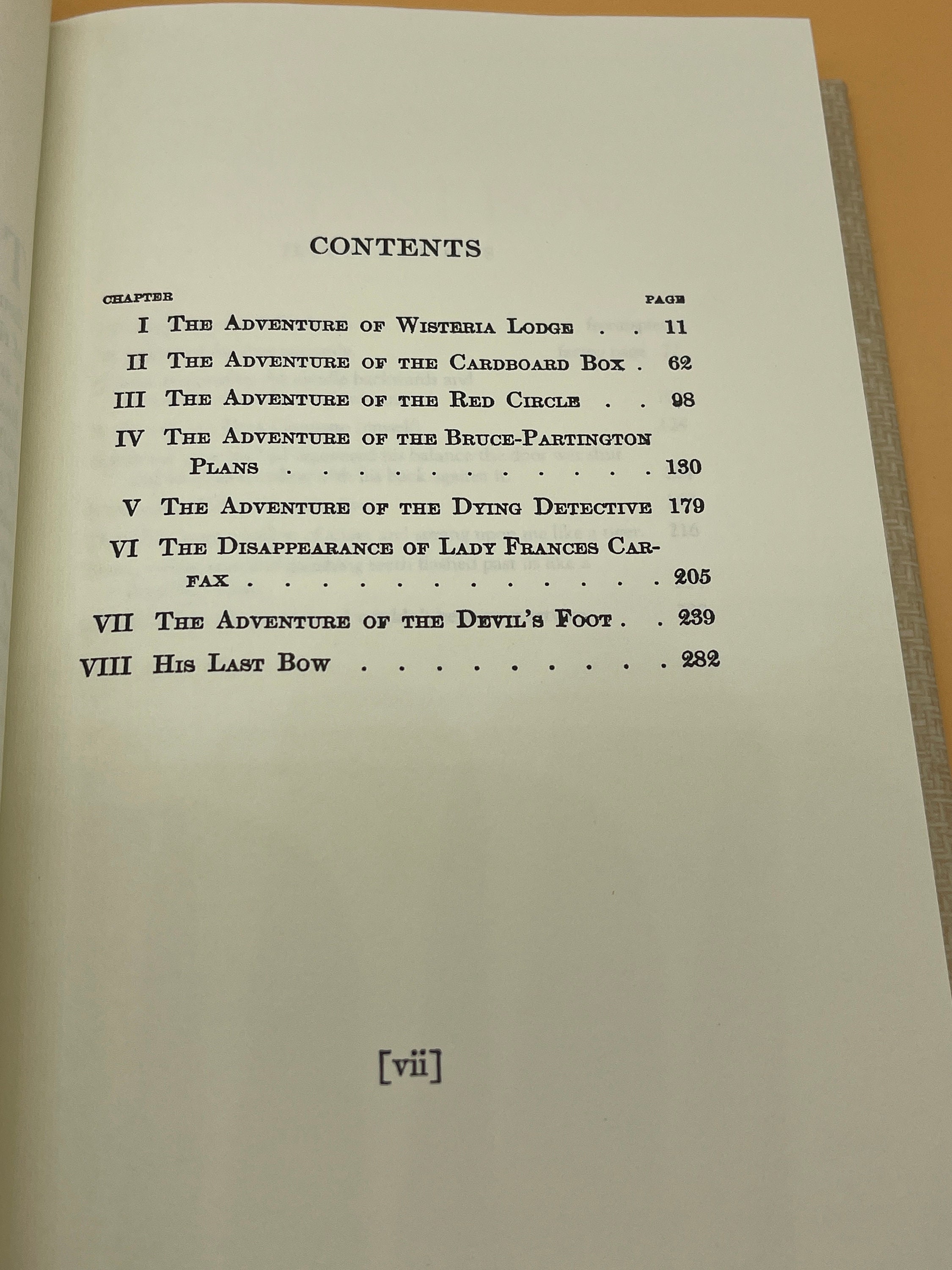 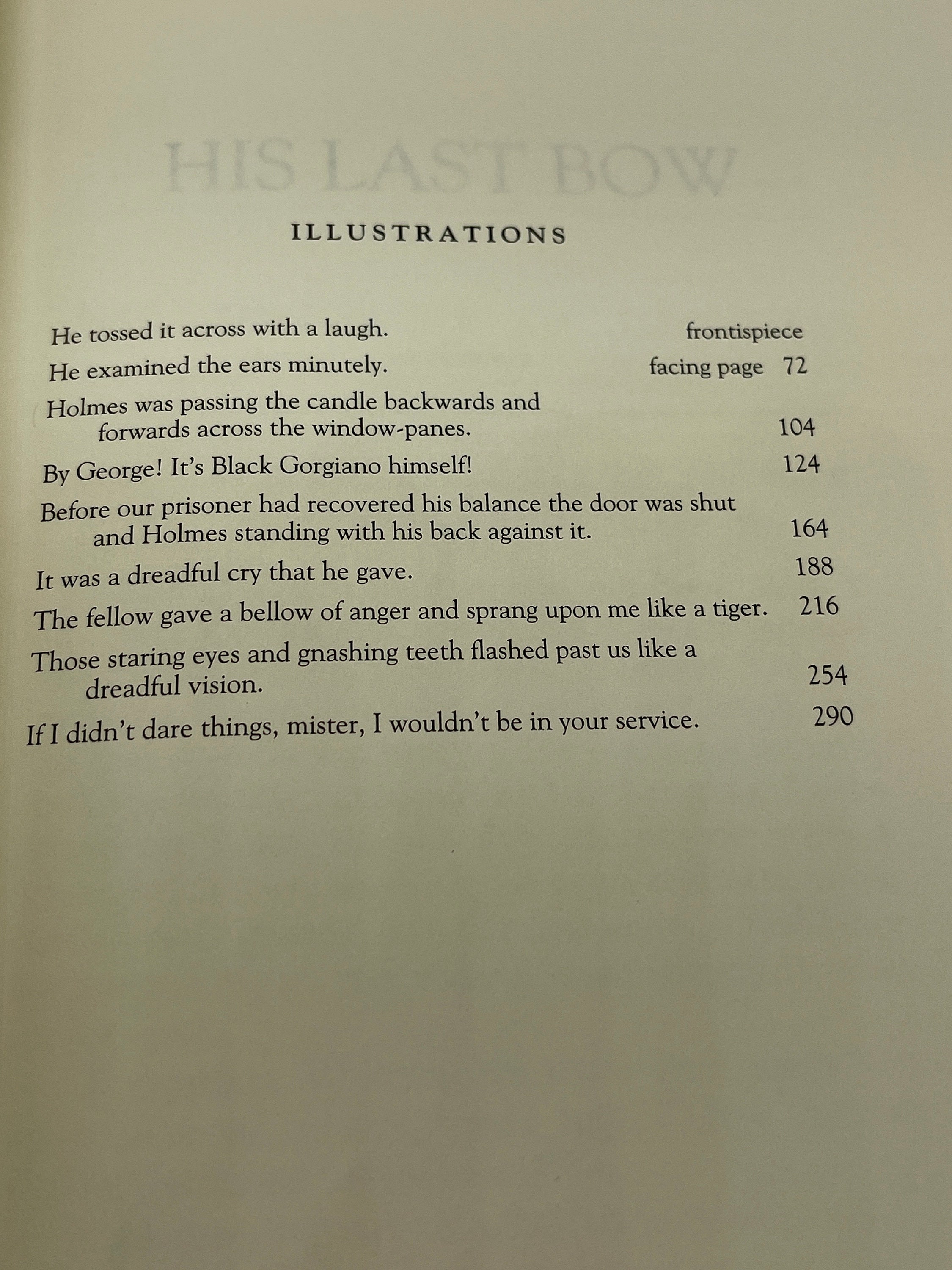 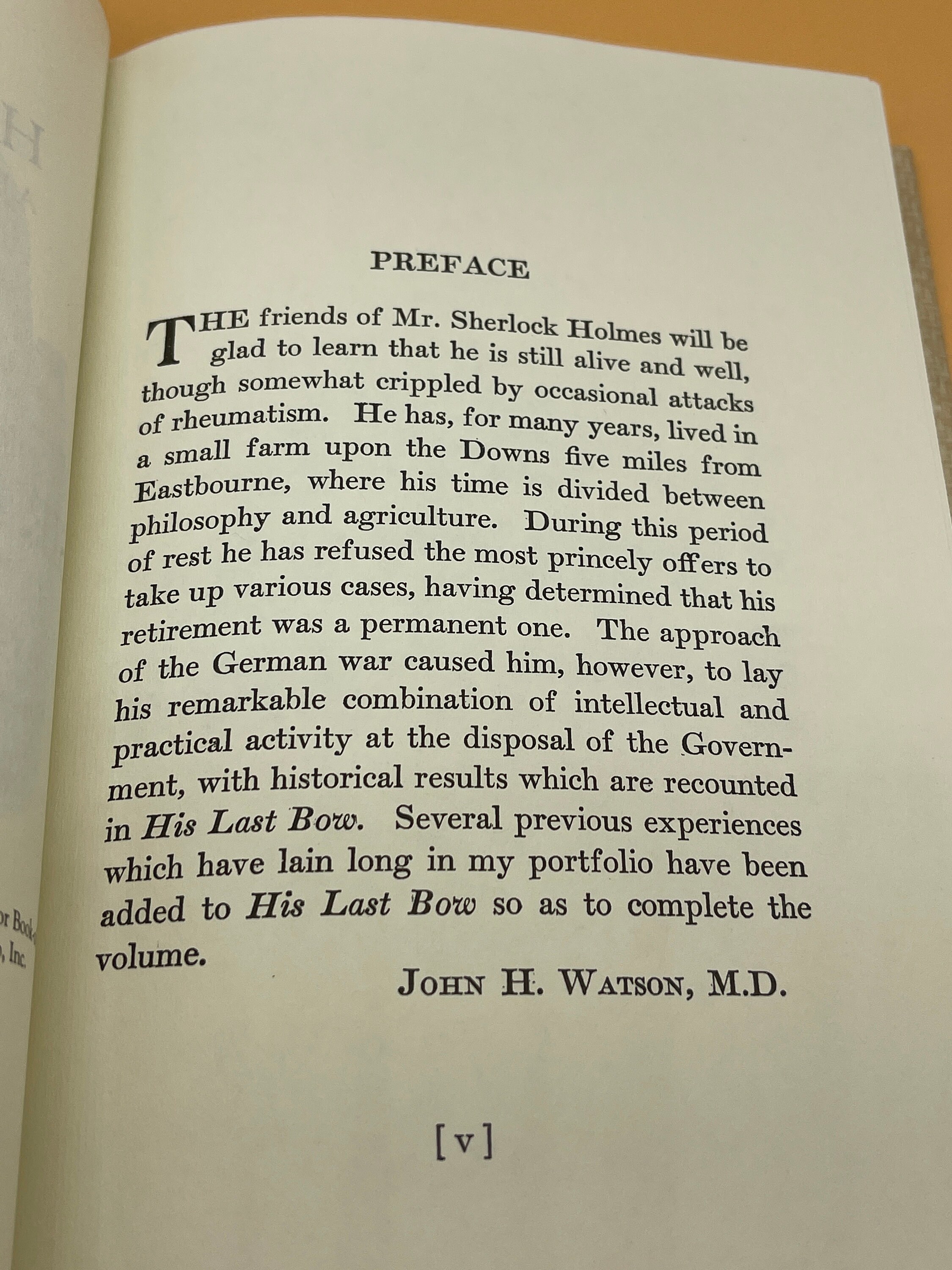 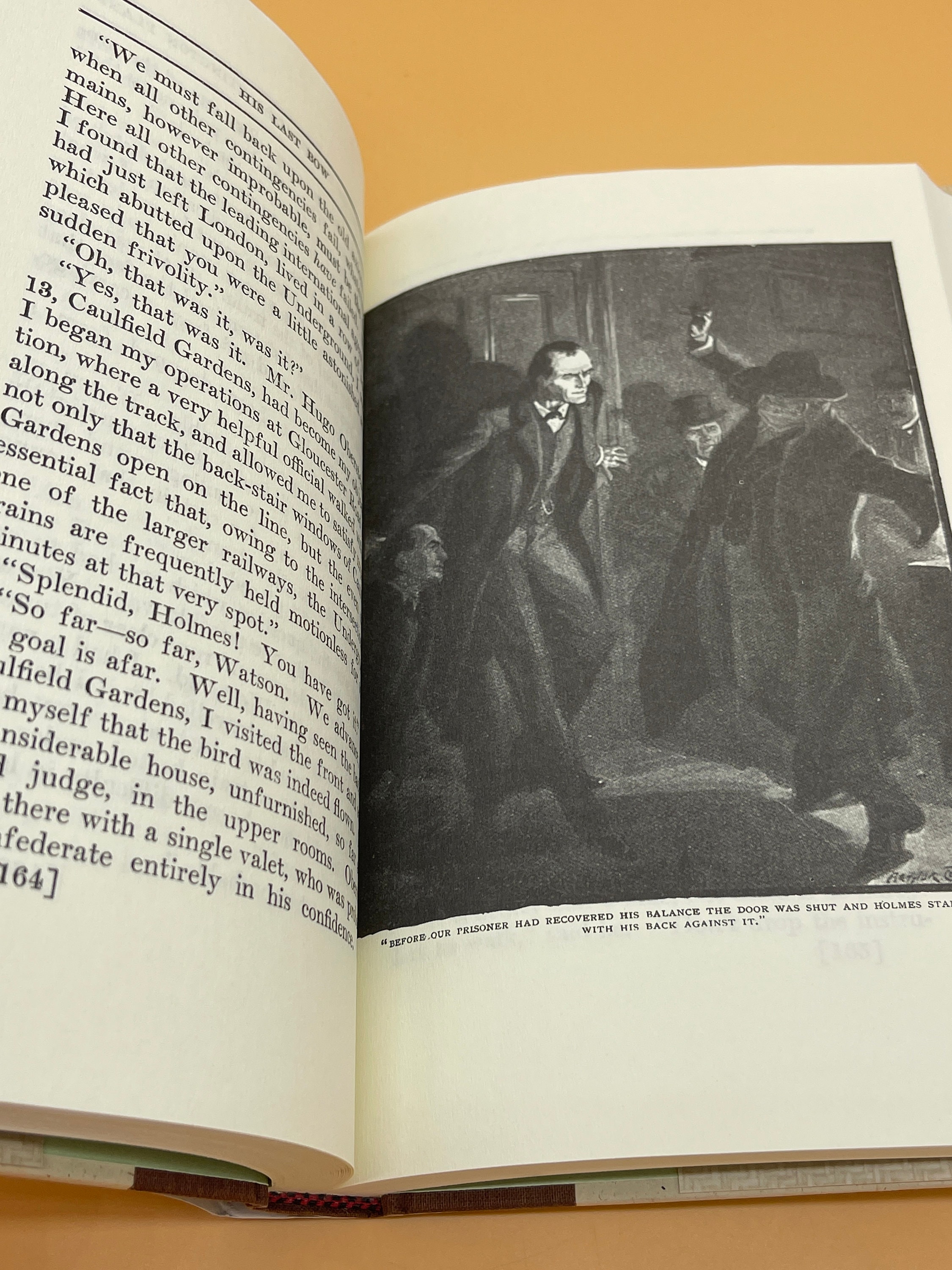 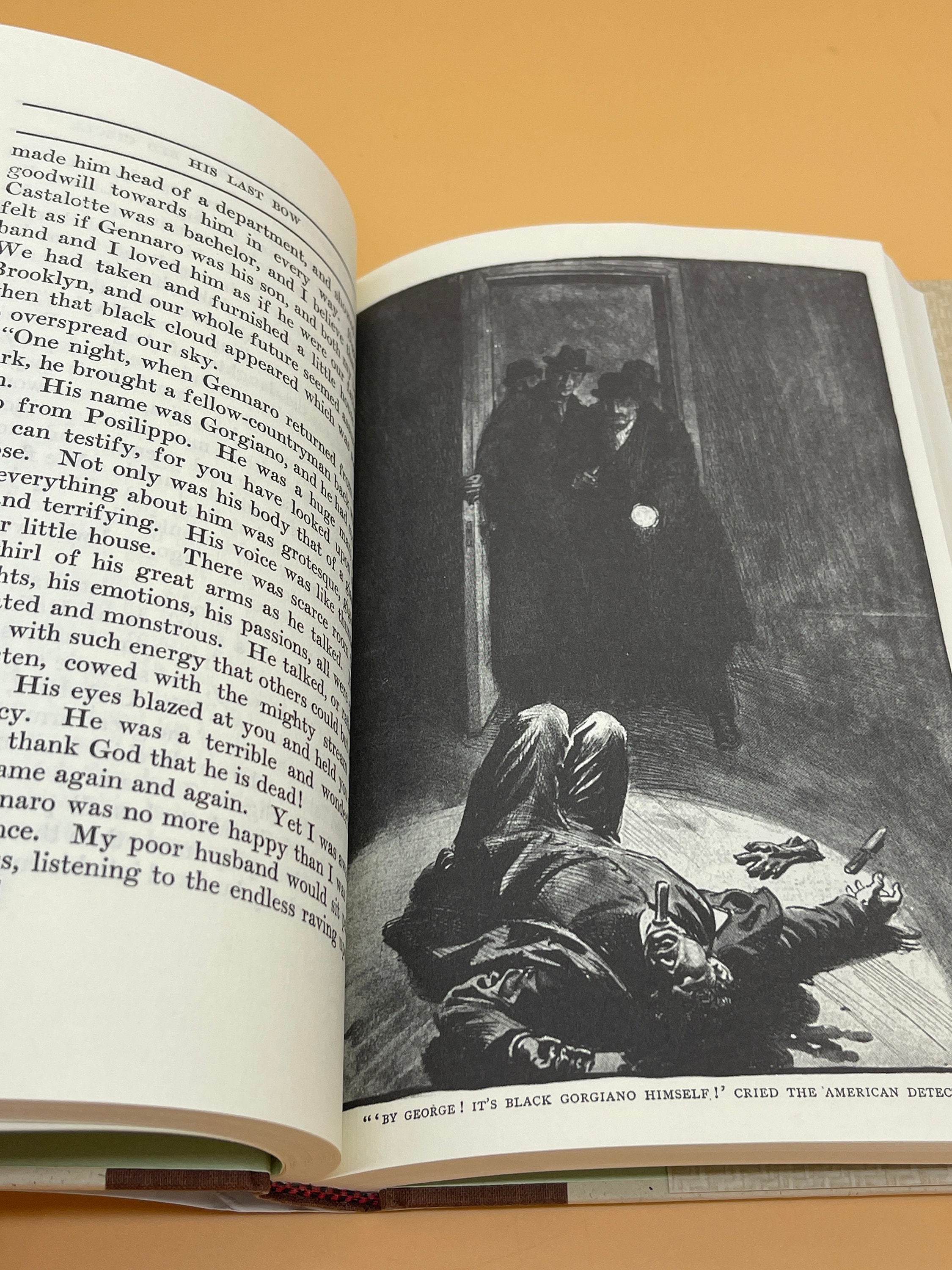 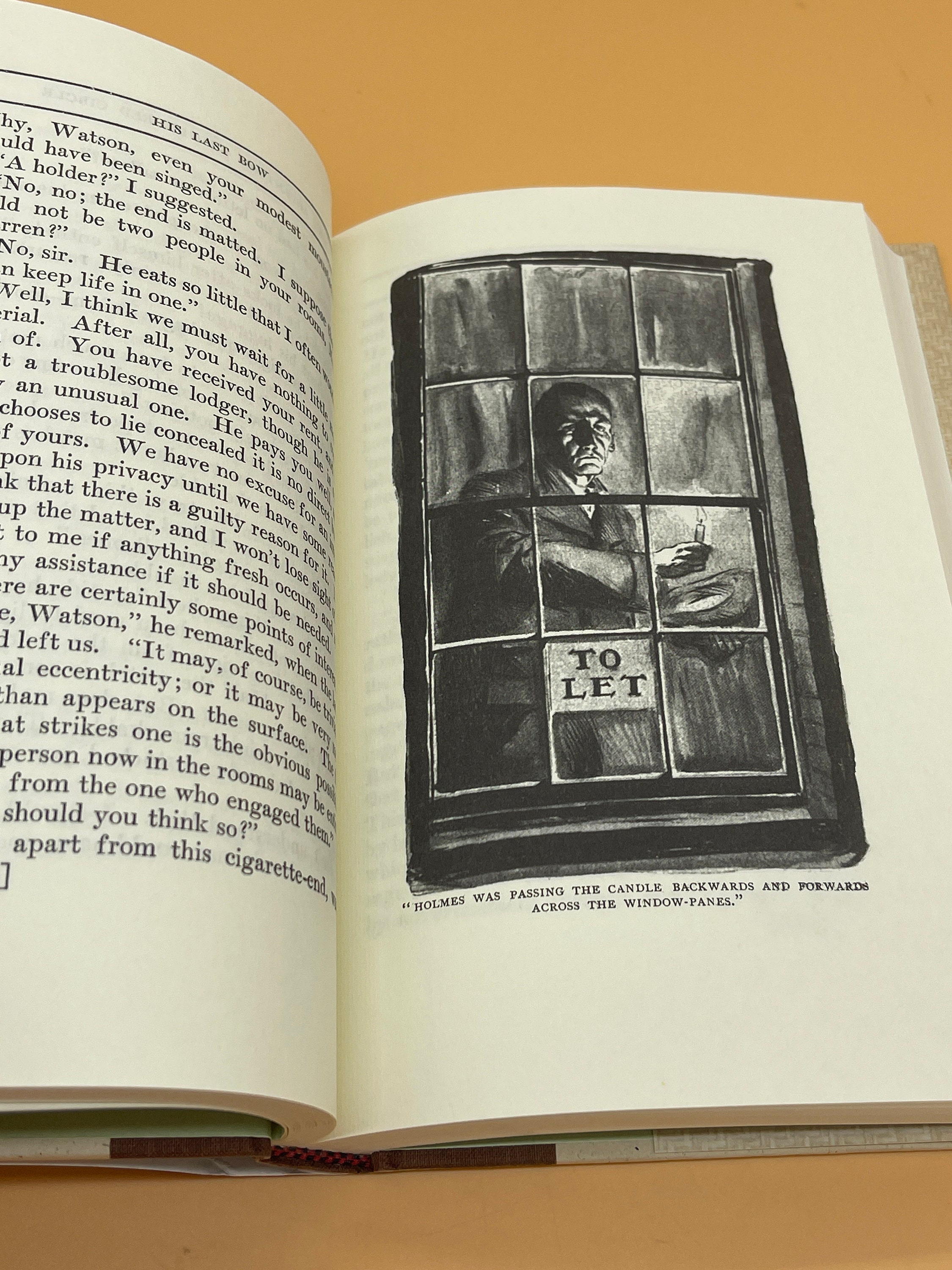 This is a near fine (almost like new) hardcover with dust jacket. 1994 BOMC Illustrated Edition. This copy is crisp and clean inside and out. The pages are crisp, clean and free of markings. Handsome tan w brown half cloth hardcover boards under dust jacket are accented w gold lettering and are also near fine. The dust jacket is clean with only a hint of shelf wear. Standard octavo size or 6" x 9" with 308 pages.

This set from Book of the Month Club in New York was a set of 9 volume, comprised of 4 novels and 56 short stories. Handsomely designed with brown/tan half cloth hardcover boards and illustrated endpapers front and back, the set was a nicely illustrated edition.

This title, His Last Bow, is primarily a collection of 8 stories, previous experiences which have lain long in Watson's portfolio. The eight tales included are a sampling of Holmes' many adventures. Accompanying the stories are 9 illustrations, including a frontispiece in front.