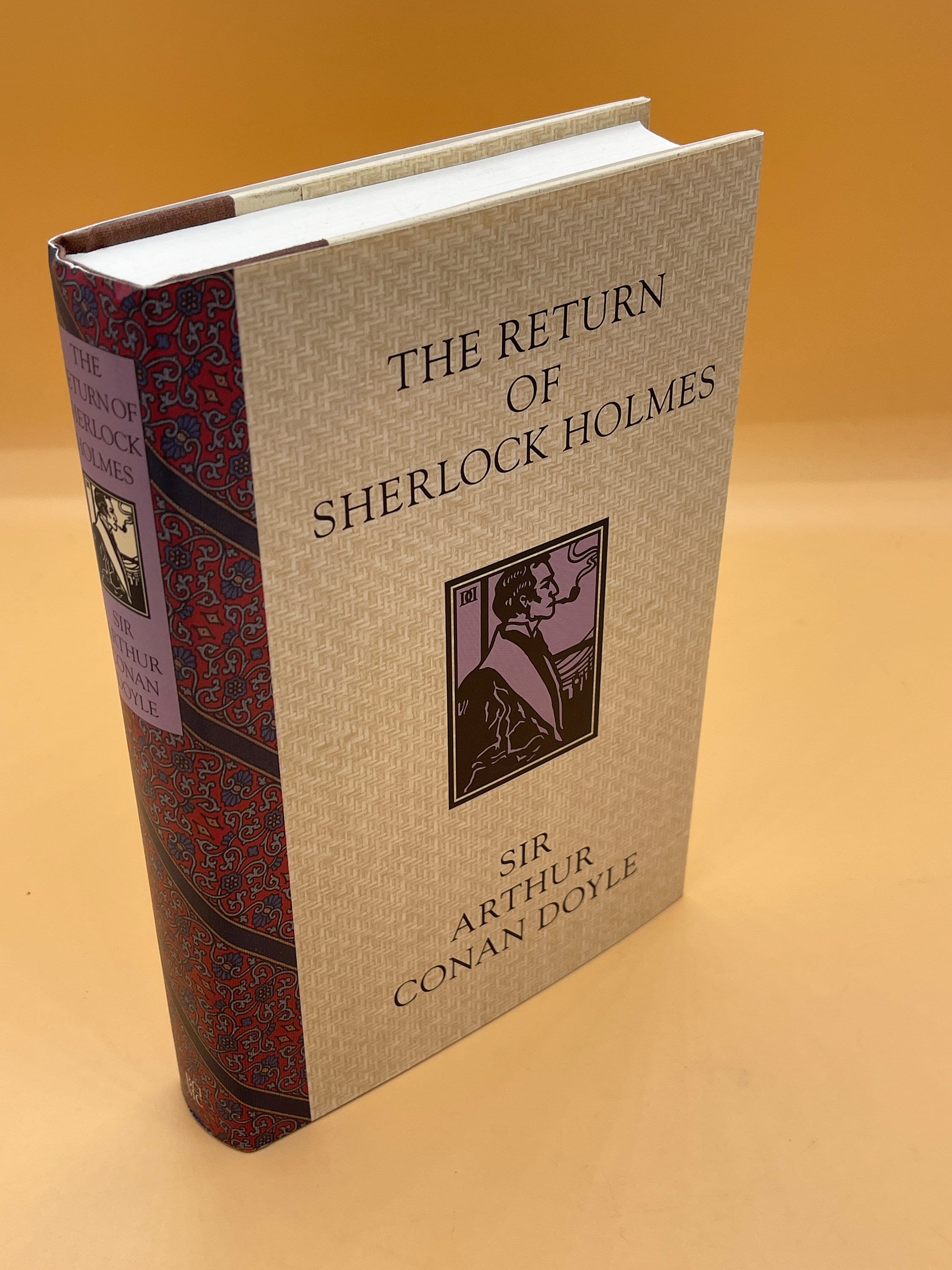 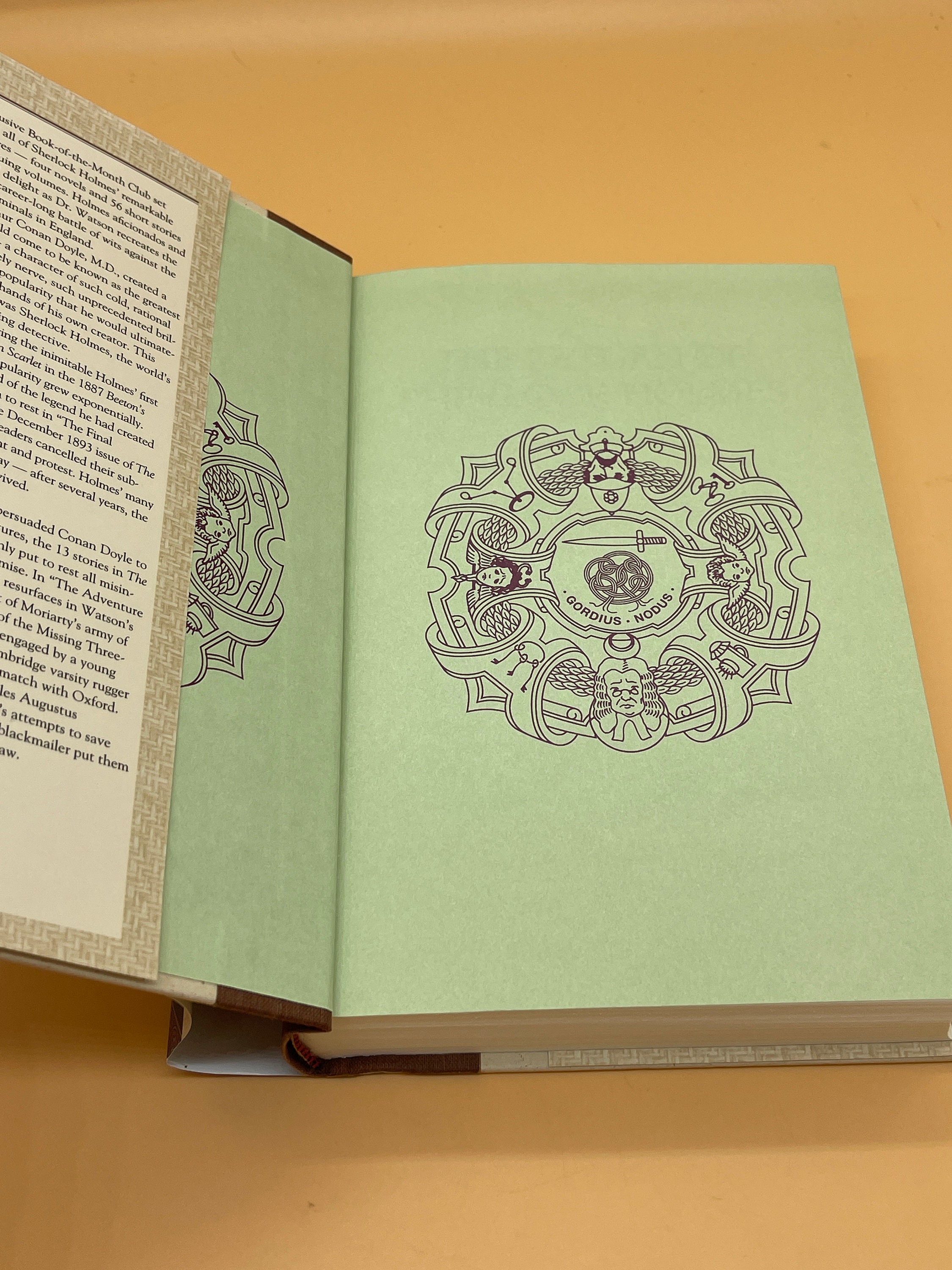 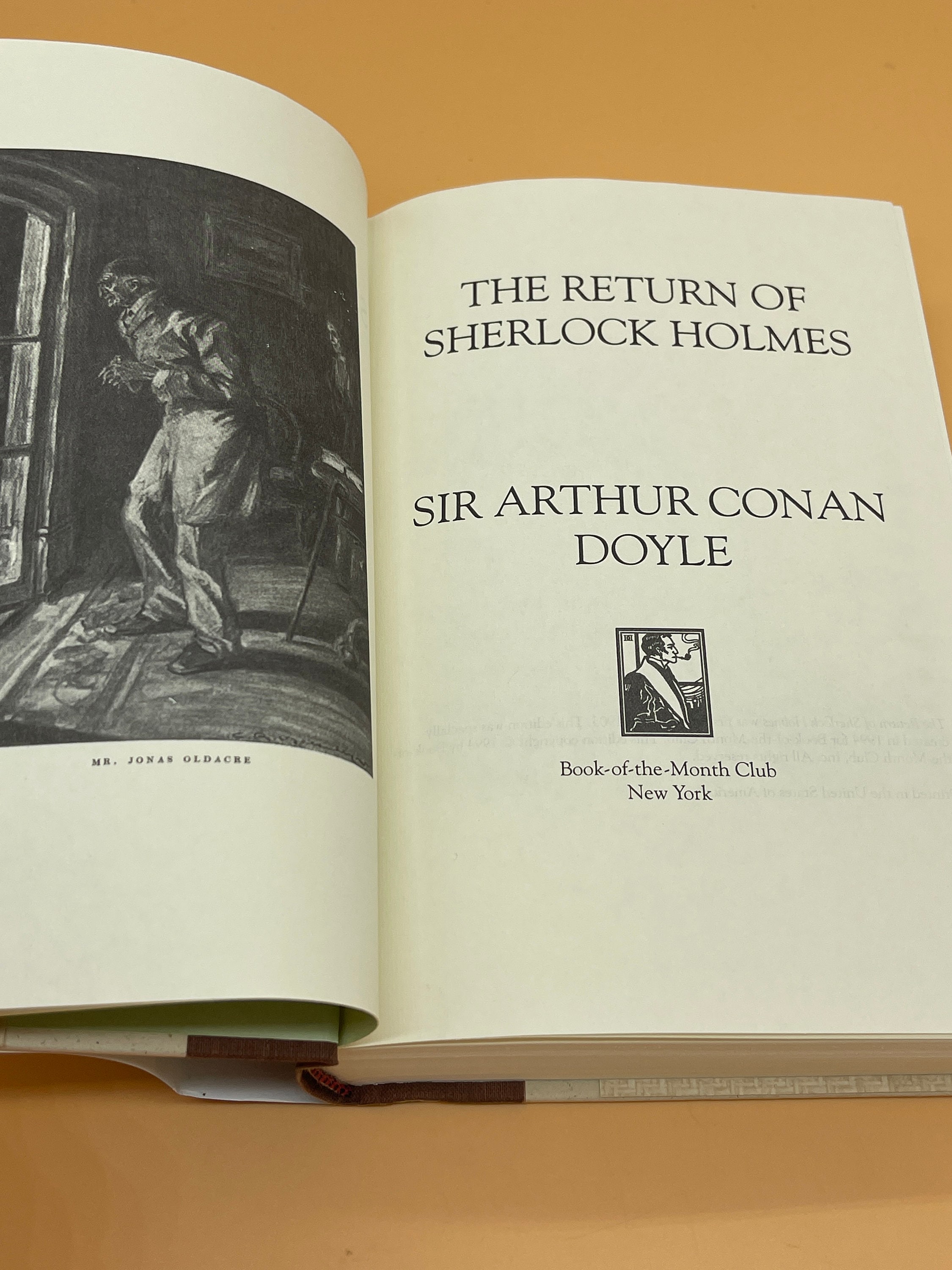 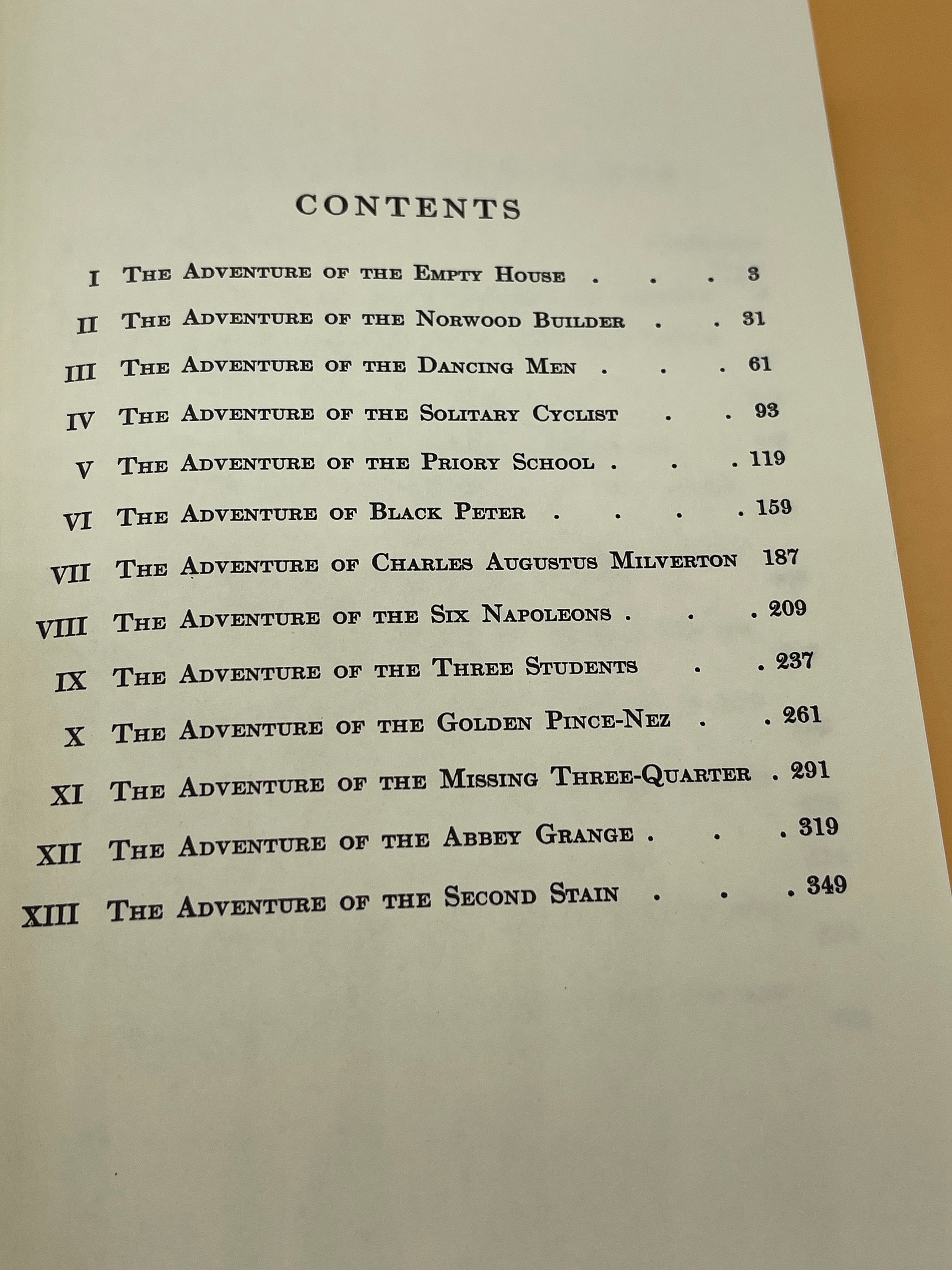 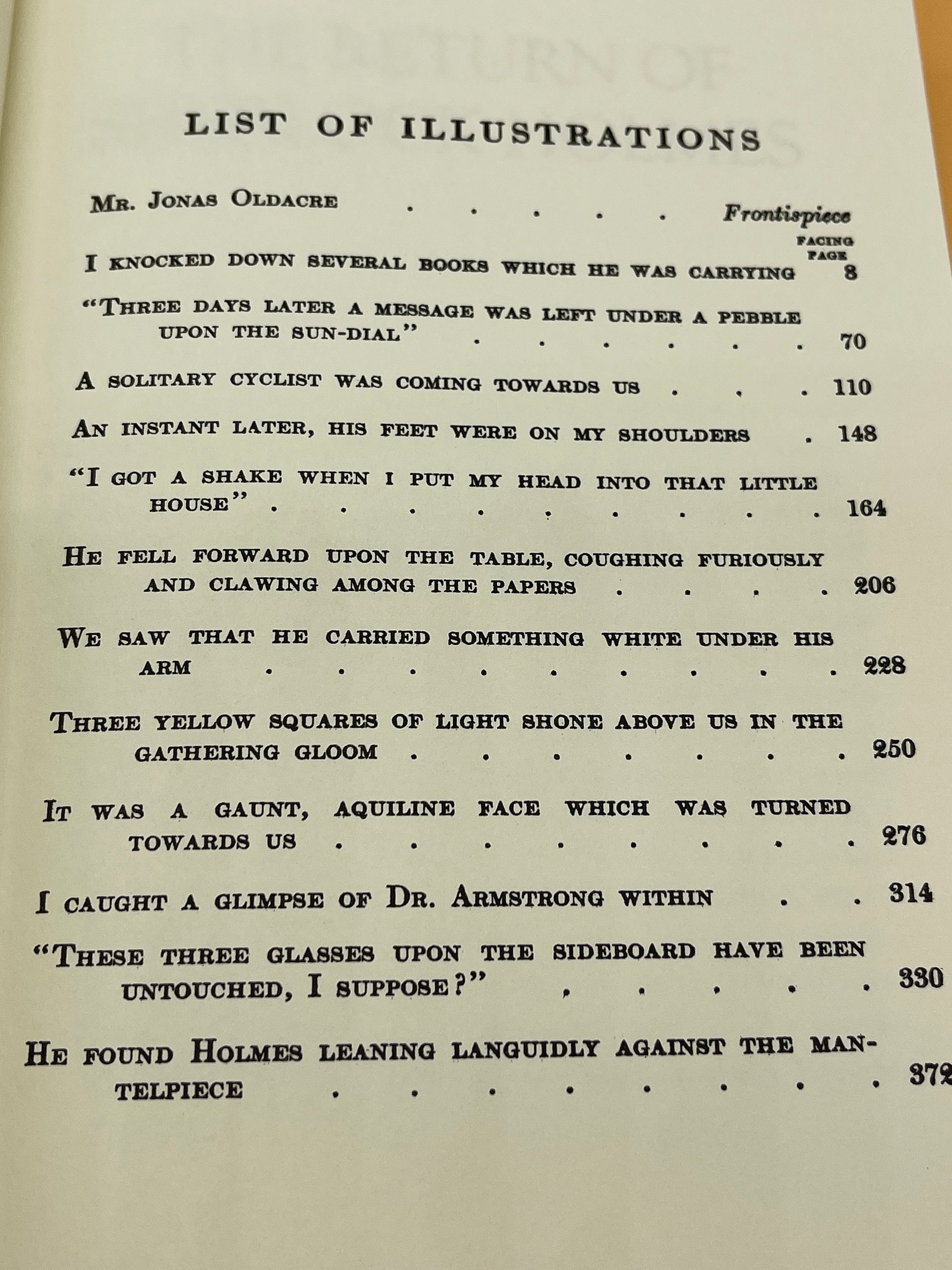 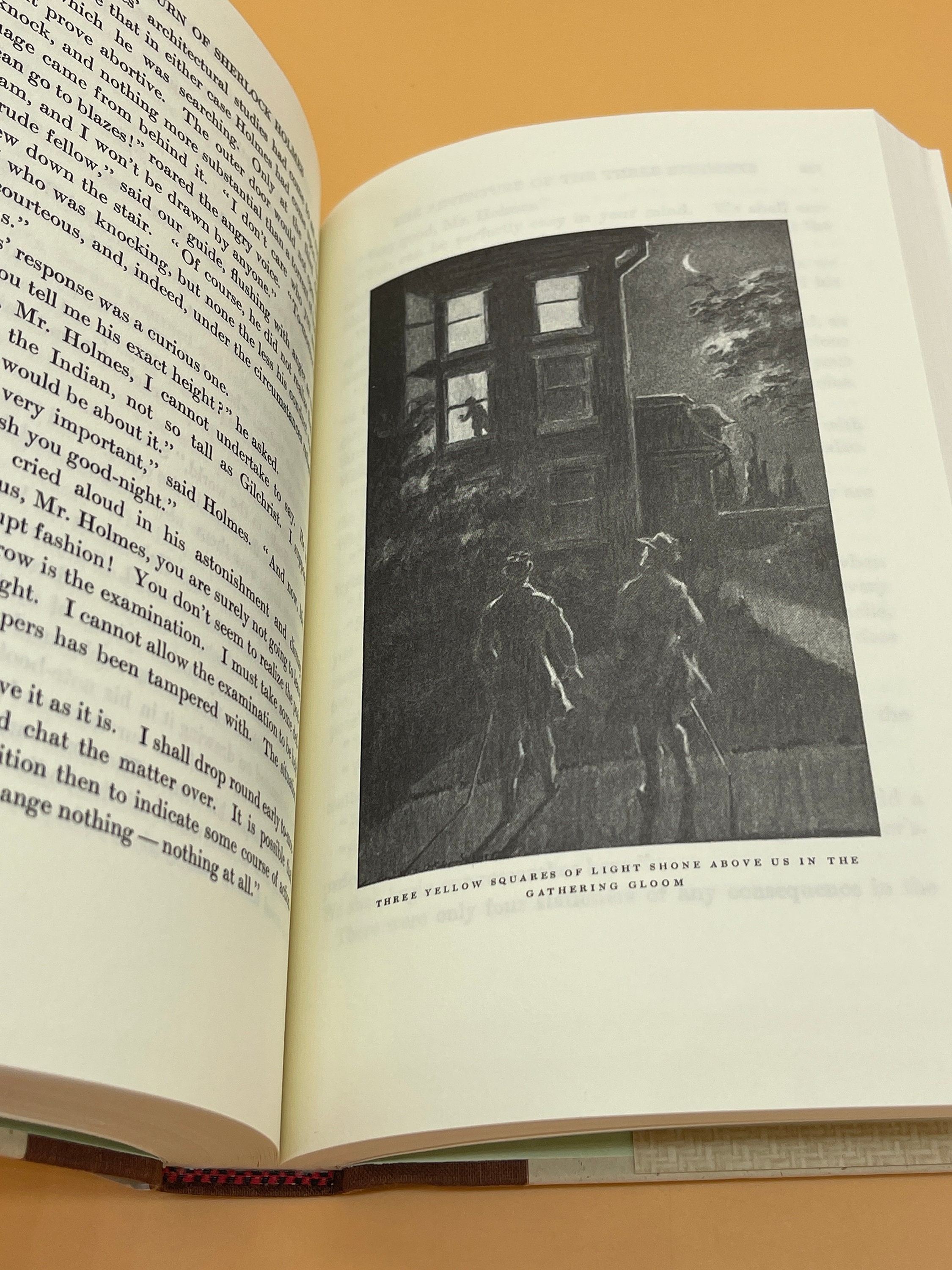 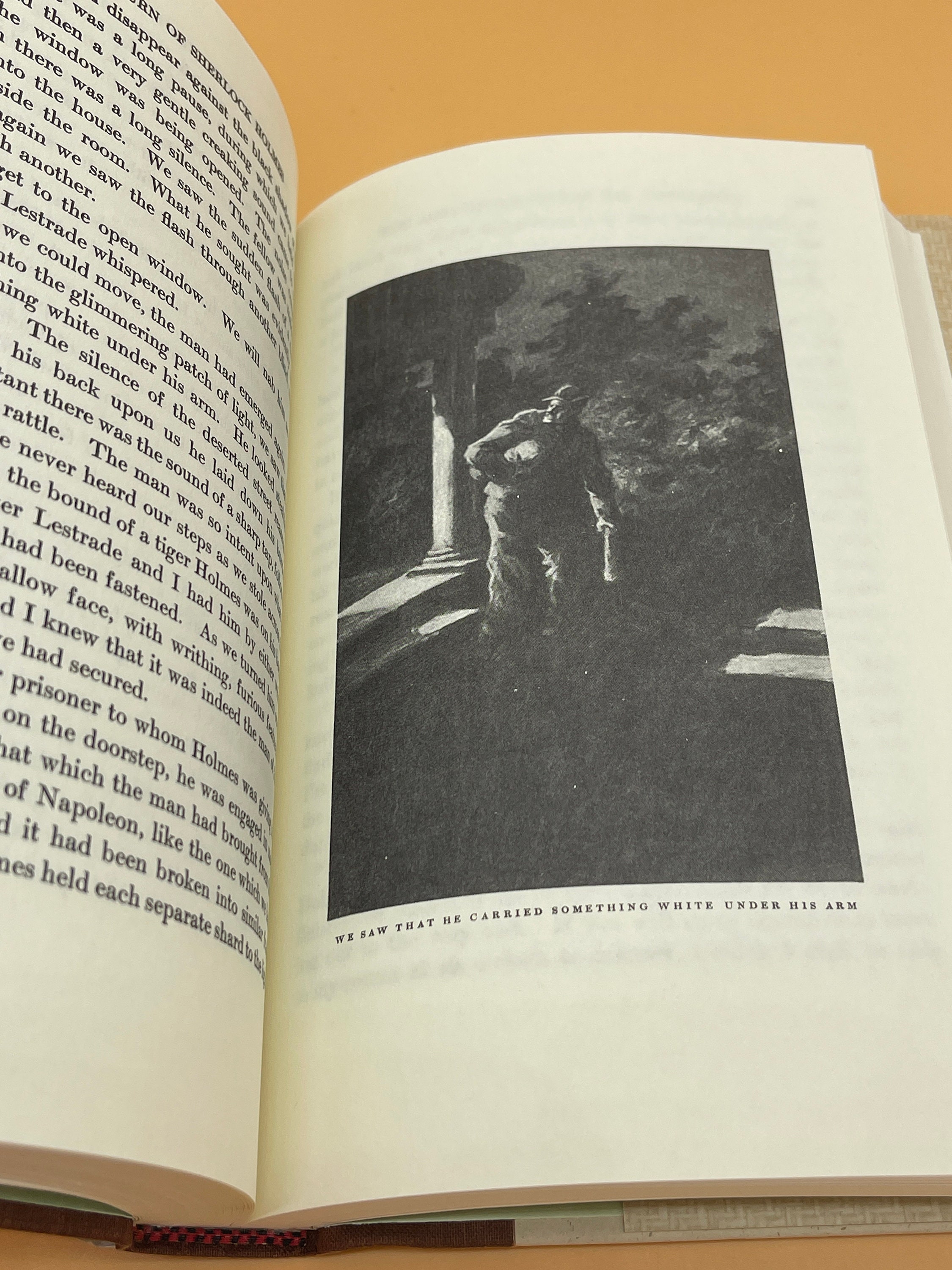 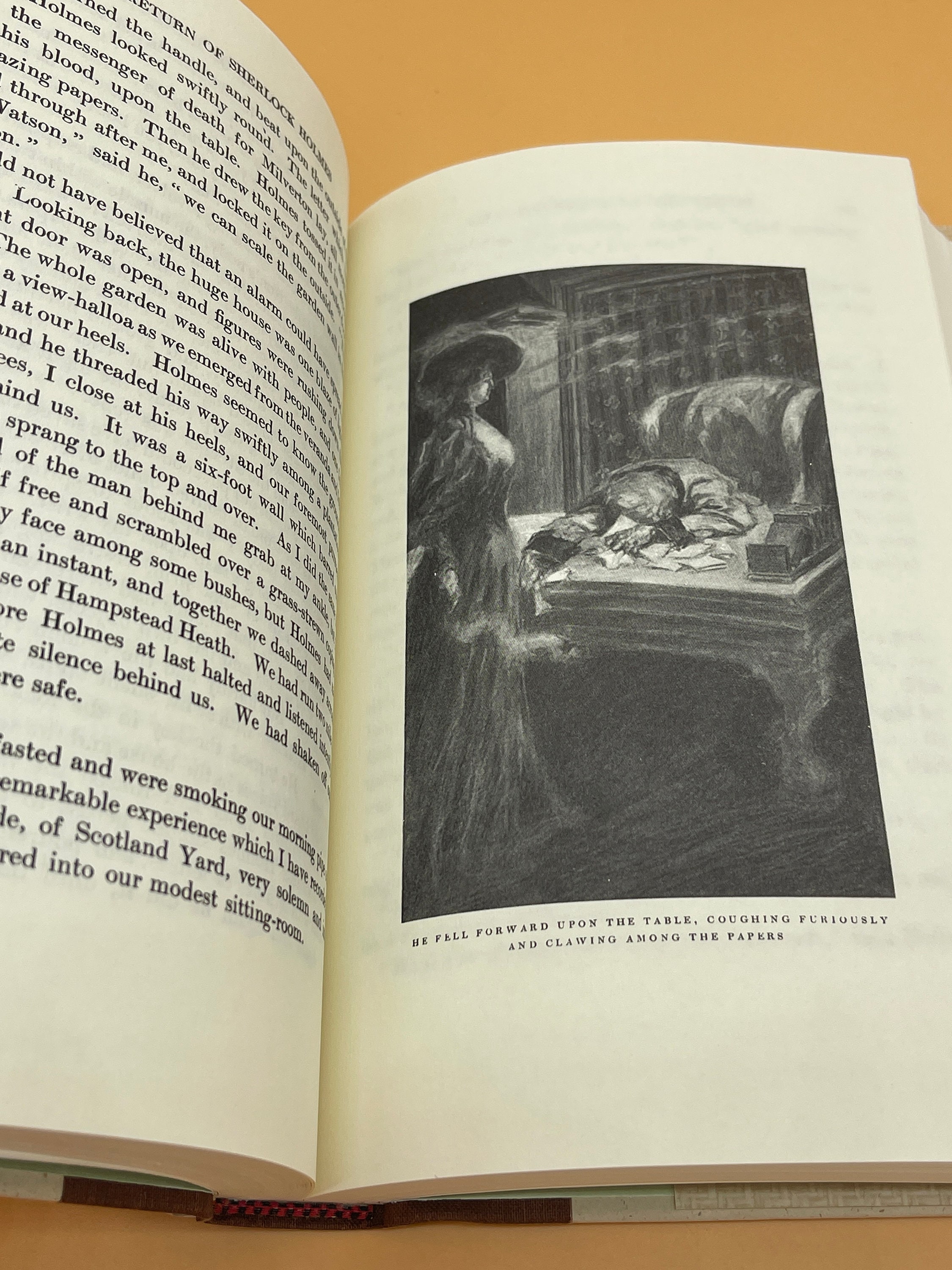 This is a near fine (almost like new) hardcover with dust jacket. 1994 Book of The Month Club Illustrated Edition. This copy is crisp, clean and free of markings inside. The pages are crisp, clean w no markings seen. The tan hardcover boards under dust jacket w half cloth brown spine accented in gold lettering are also near fine. The accompanying dust jacket is near fine with only a hint of shelf wear. Illustrated endpapers front and back.
Standard octavo size or 6" x 9" with 381 pages.

This was an exclusive Book of the Month Club, New York, that comprised 9 volumes made of 4 novels and 56 short stories. The set is finely designed with handsome hardcover boards, illustrated endpapers and classic minimalistic dust jackets. There are 13 delightful stories in this edition sure to please Holmes fans and amateur sleuths. There are 12 accompanying illustrations along with one frontispiece in this edition.
Holmes aficionados and new readers will delight as Dr. Watson recreates the great detectives career-long battle of wits against the most nefarious criminals in England.


Thank you for visiting Bobbis Bookstore and The Book Wizard !!