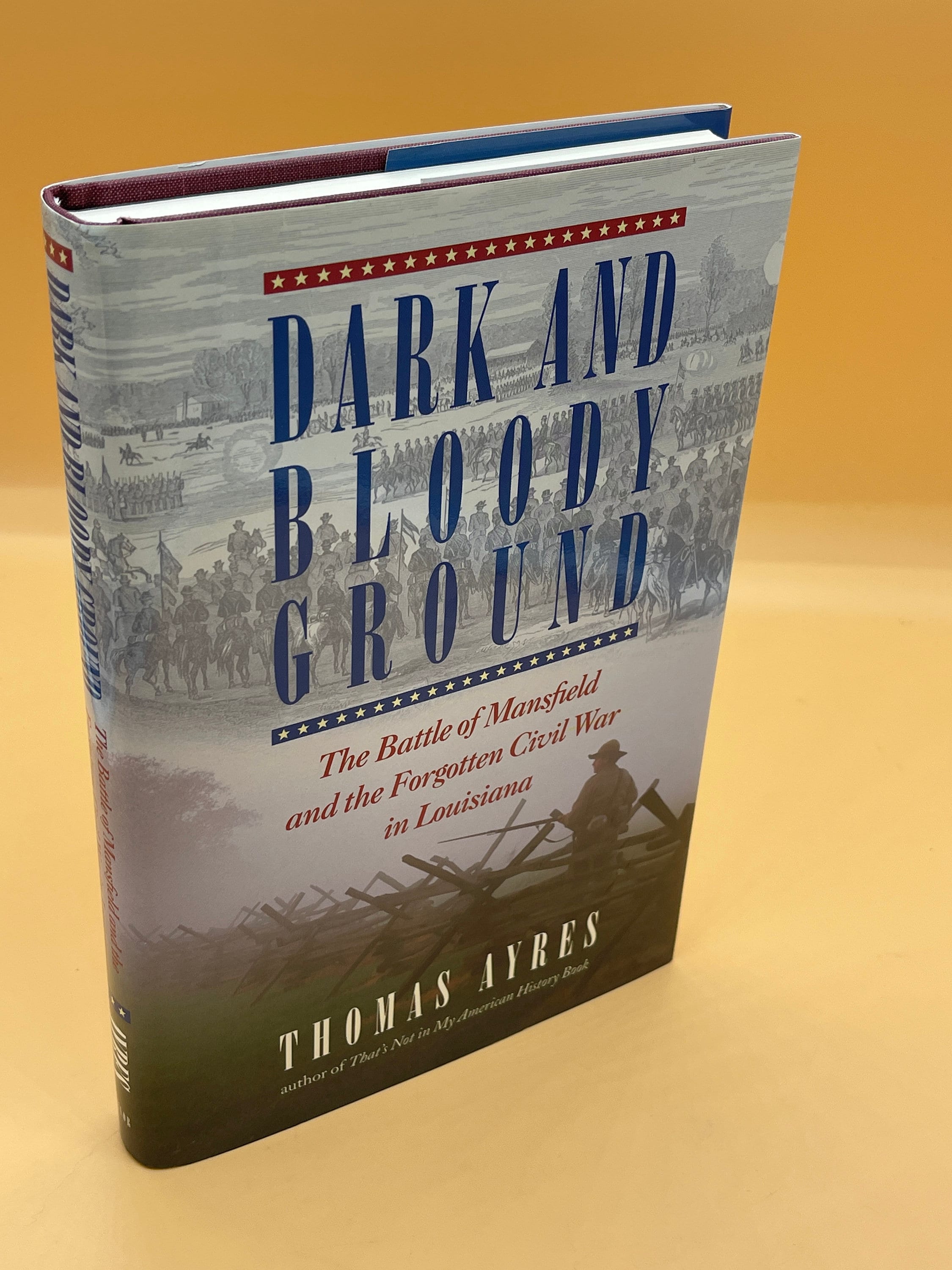 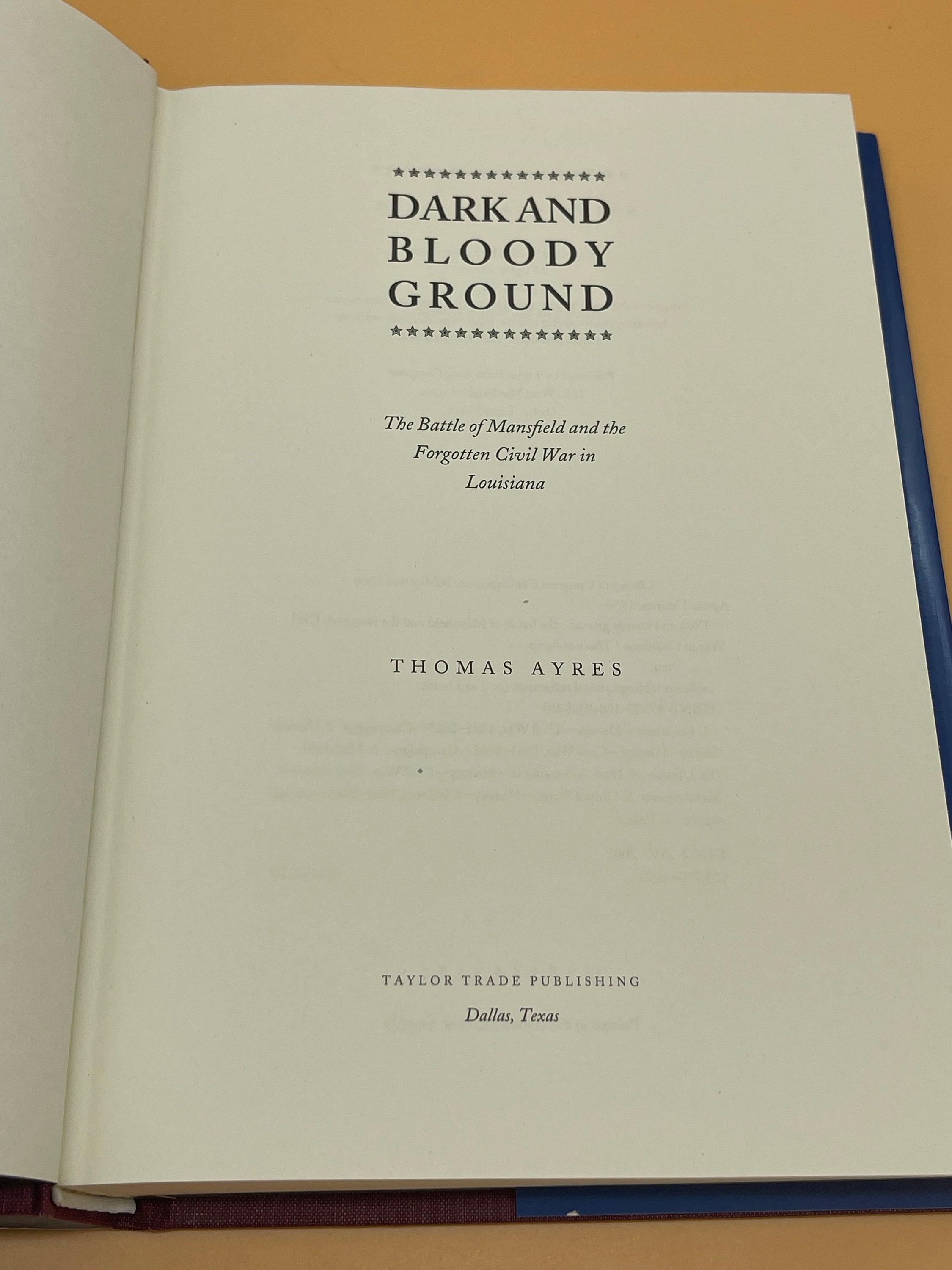 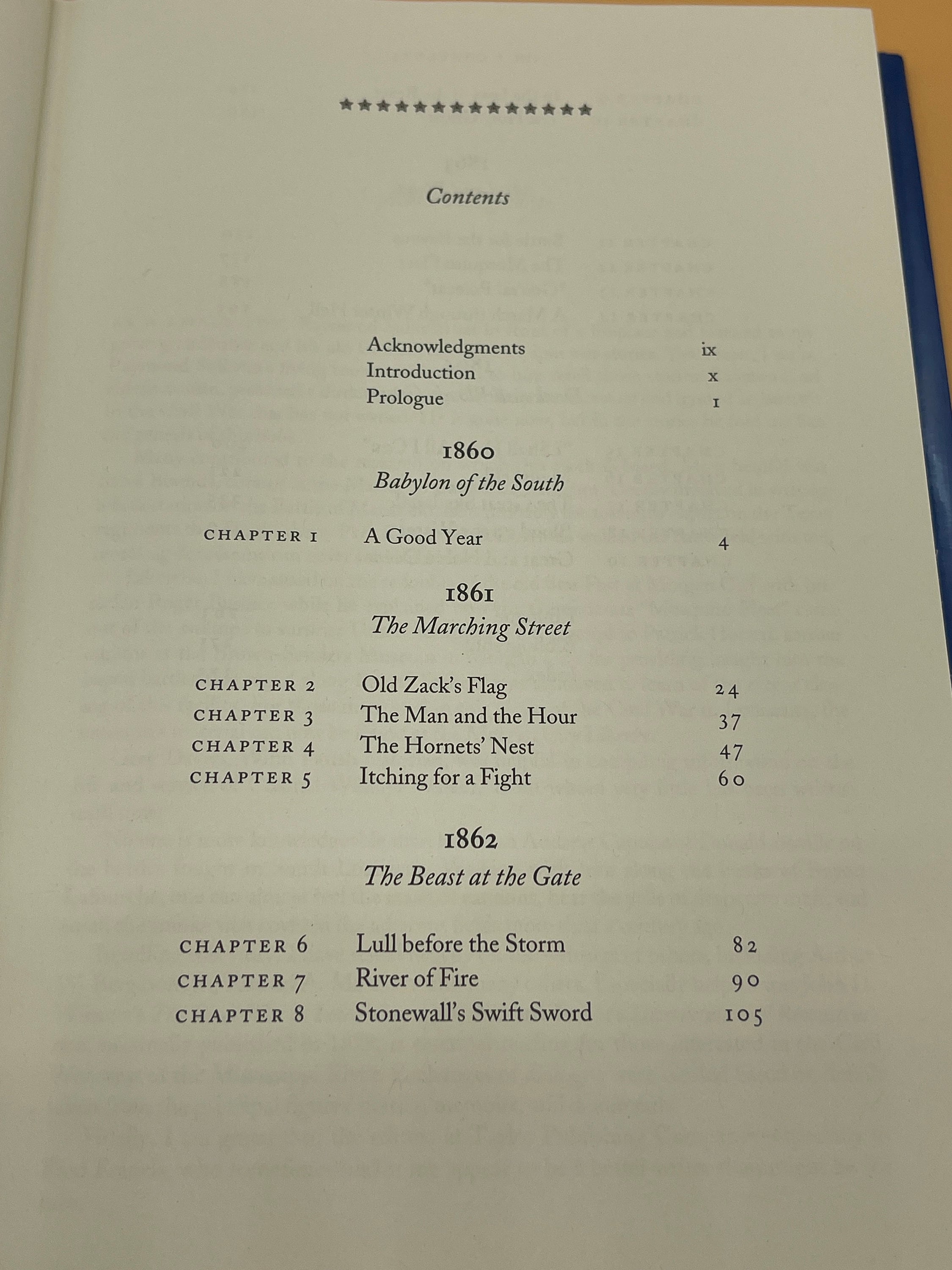 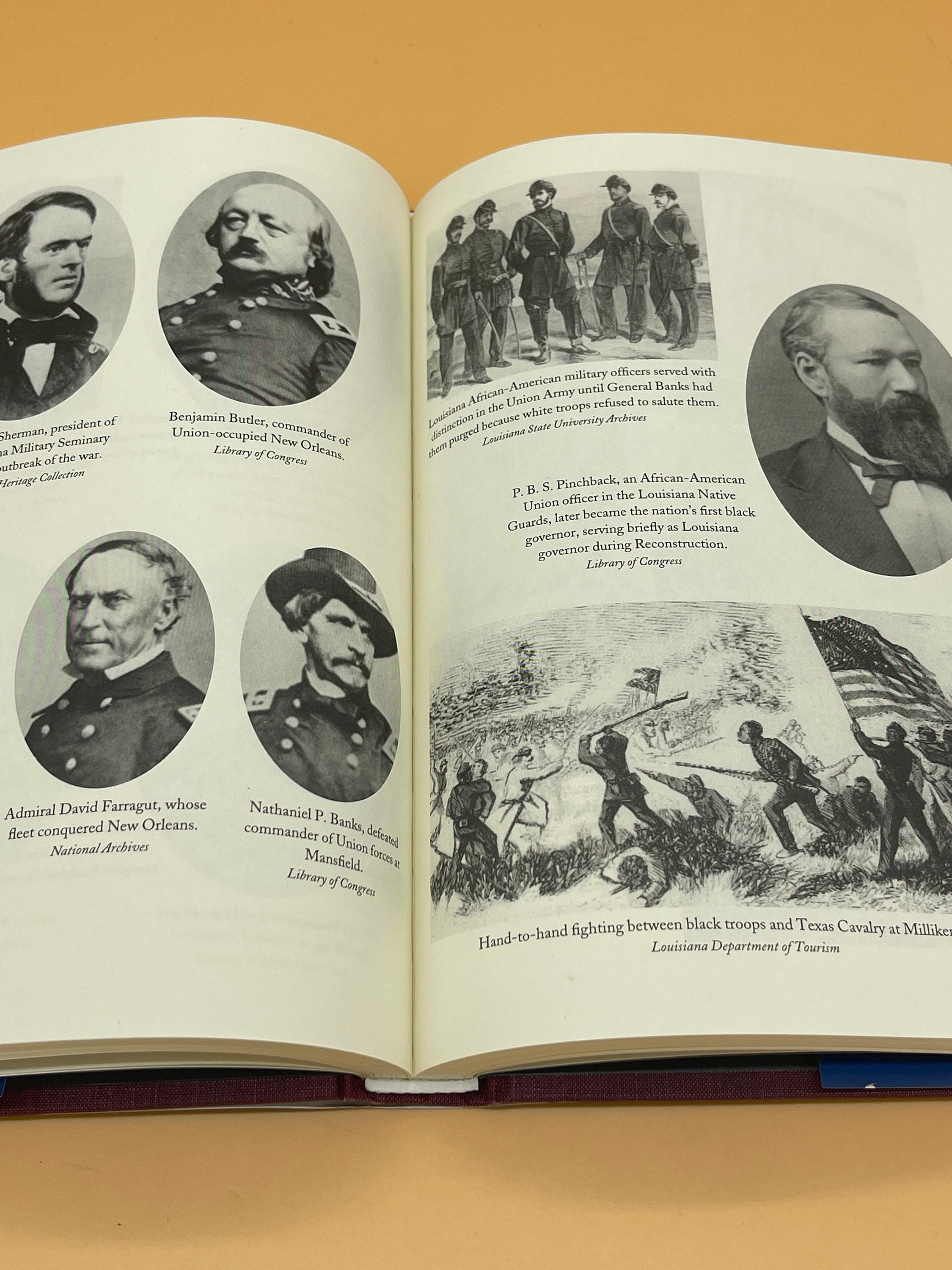 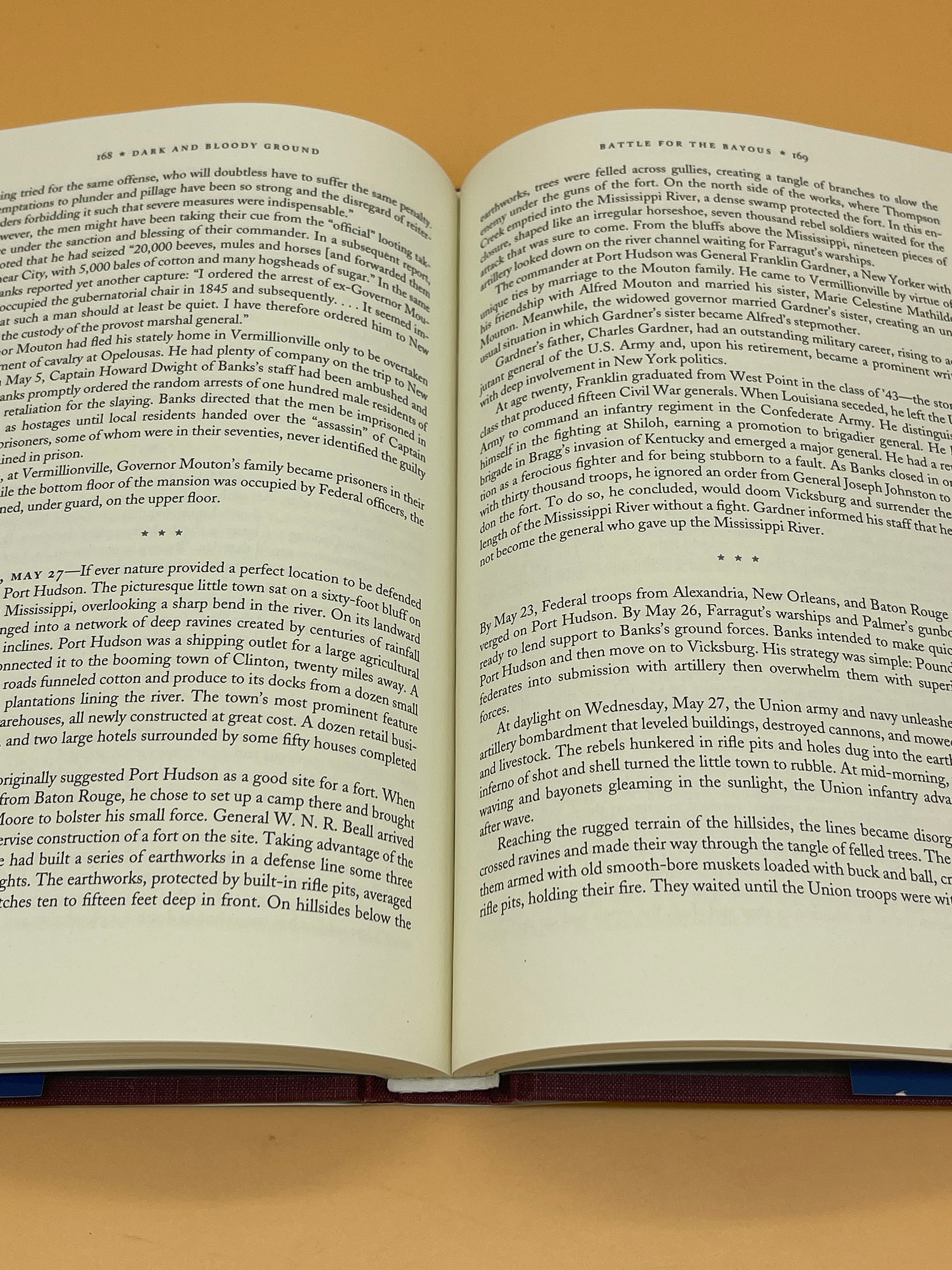 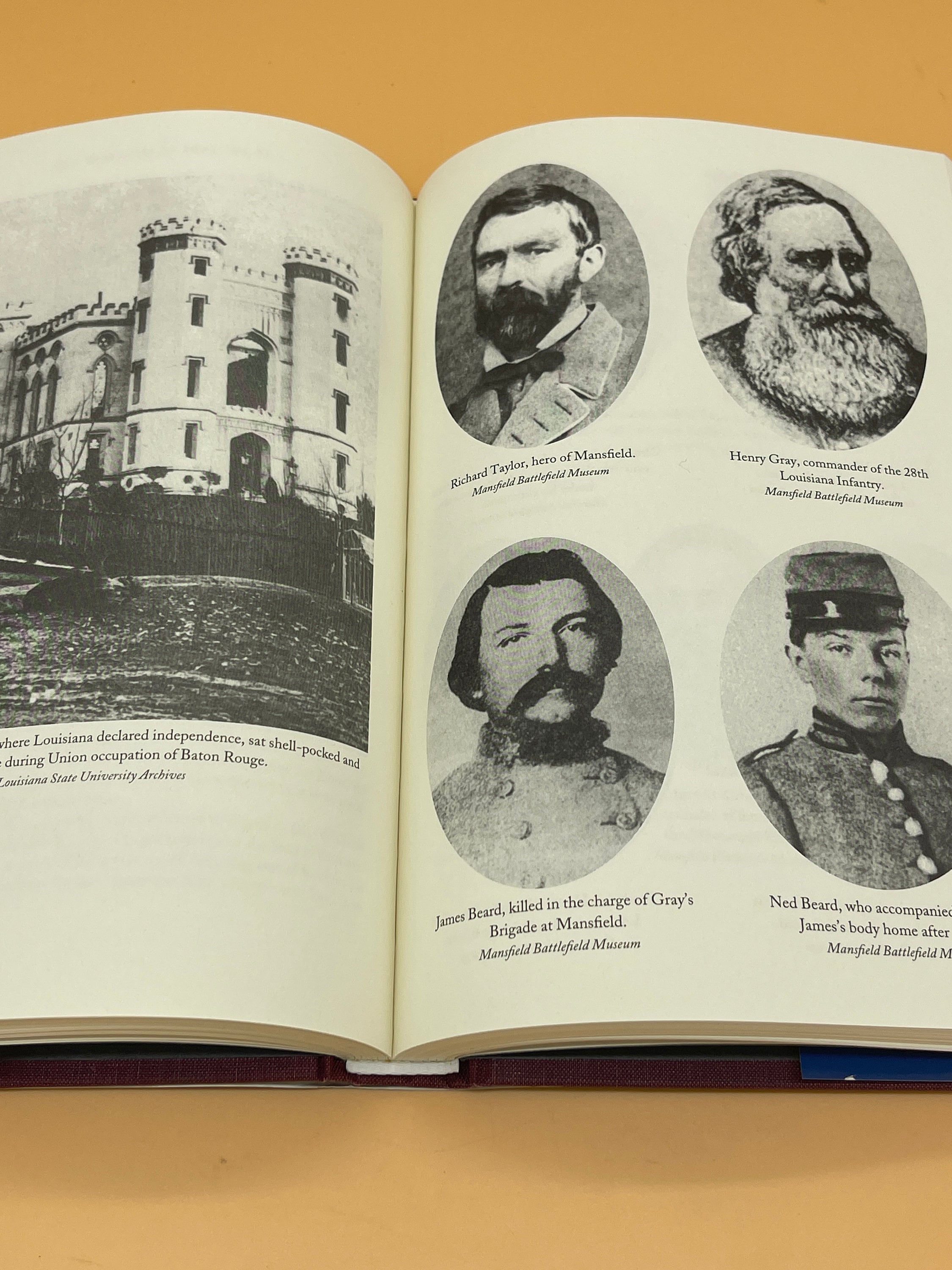 This is a near fine (almost like new) hardcover with dust jacket. 2001 Taylor Publishing. This copy is crisp and clean inside and out. The pages are crisp, clean and free of markings. The binding is tight and straight. Maroon cloth hardcover boards under jacket are near fine. The dust jacket is also near fine, clean and shiny with only a hint of shelf wear. Octavo size or 6" x 9" with 282 pages including index.

The last major Confederate victory of the Civil War, The Battle of Mansfield capped more than two years of desperate fighting by a badly outnumbered army in Louisiana. Gen. Richard Taylor, son of Mexican war hero and U.S. President Zachary Taylor, led the defense of his home state with a small scrappy force. A small force of 8,800 rebels at Mansfield made a charge on April 8, 1864, sending the 30,000 troops under Union Gen. Nathaniel Banks into retreat.
Dark and Bloody Ground chronicles not only the remarkable military victory at Mansfield but the detailed research of the book recounts the history of the Civil War in Louisiana from just before succession until the collapse of Bank's forces. Taylor mounted an unrelenting defense of the state and by the end of the war 90% of Louisiana was retained by the Confederates. The book brings to life the men and events that led to this outcome.