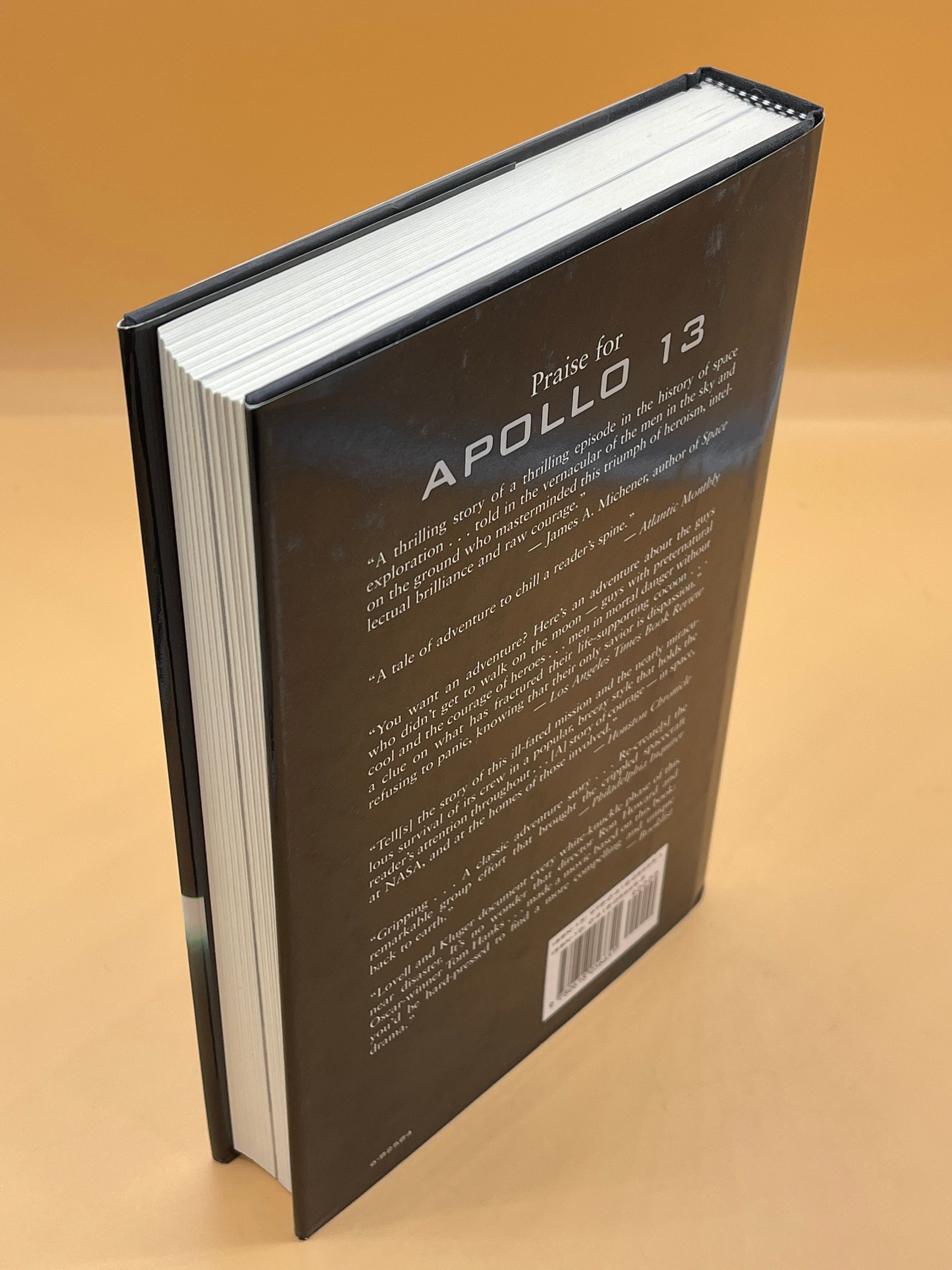 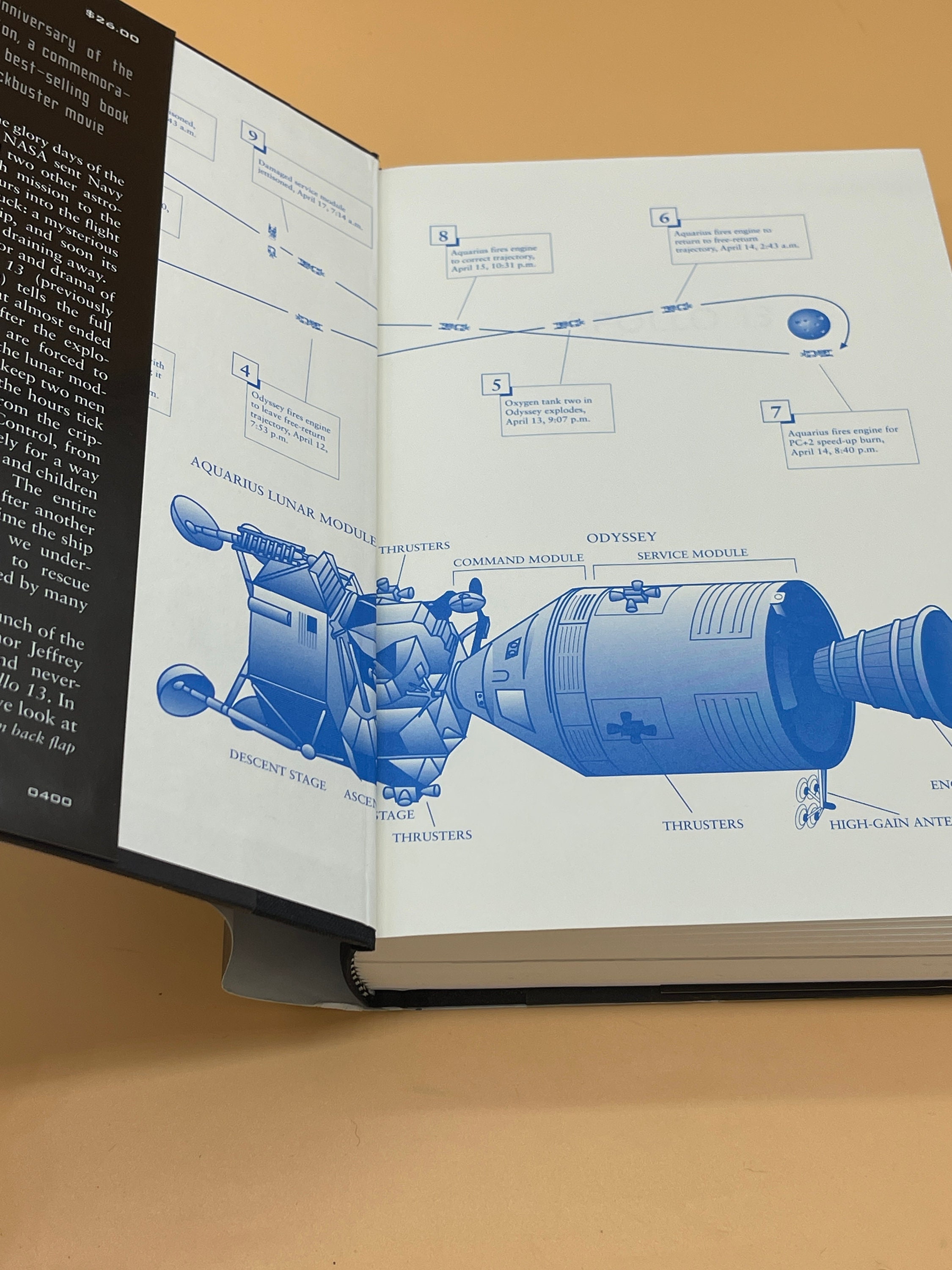 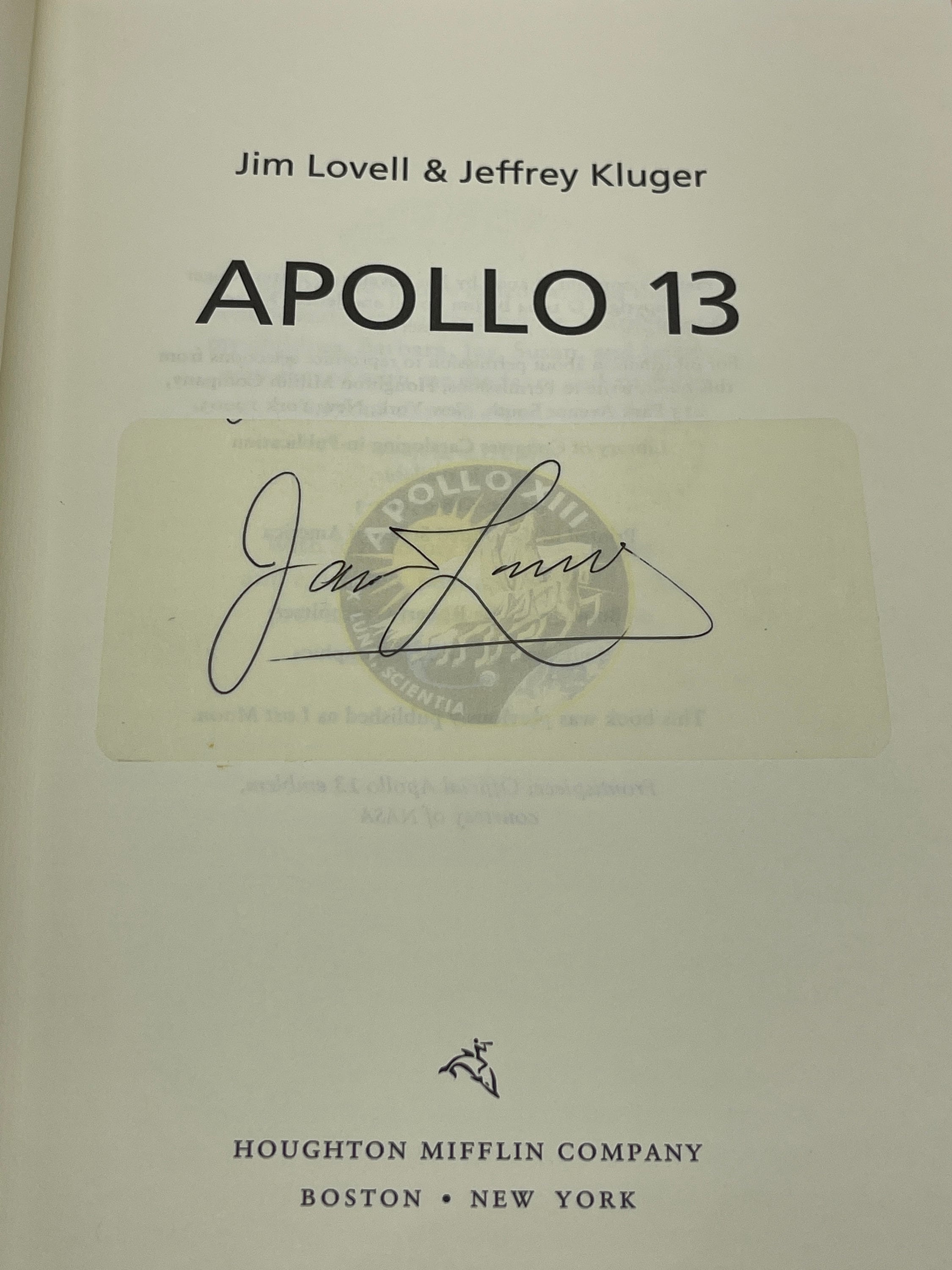 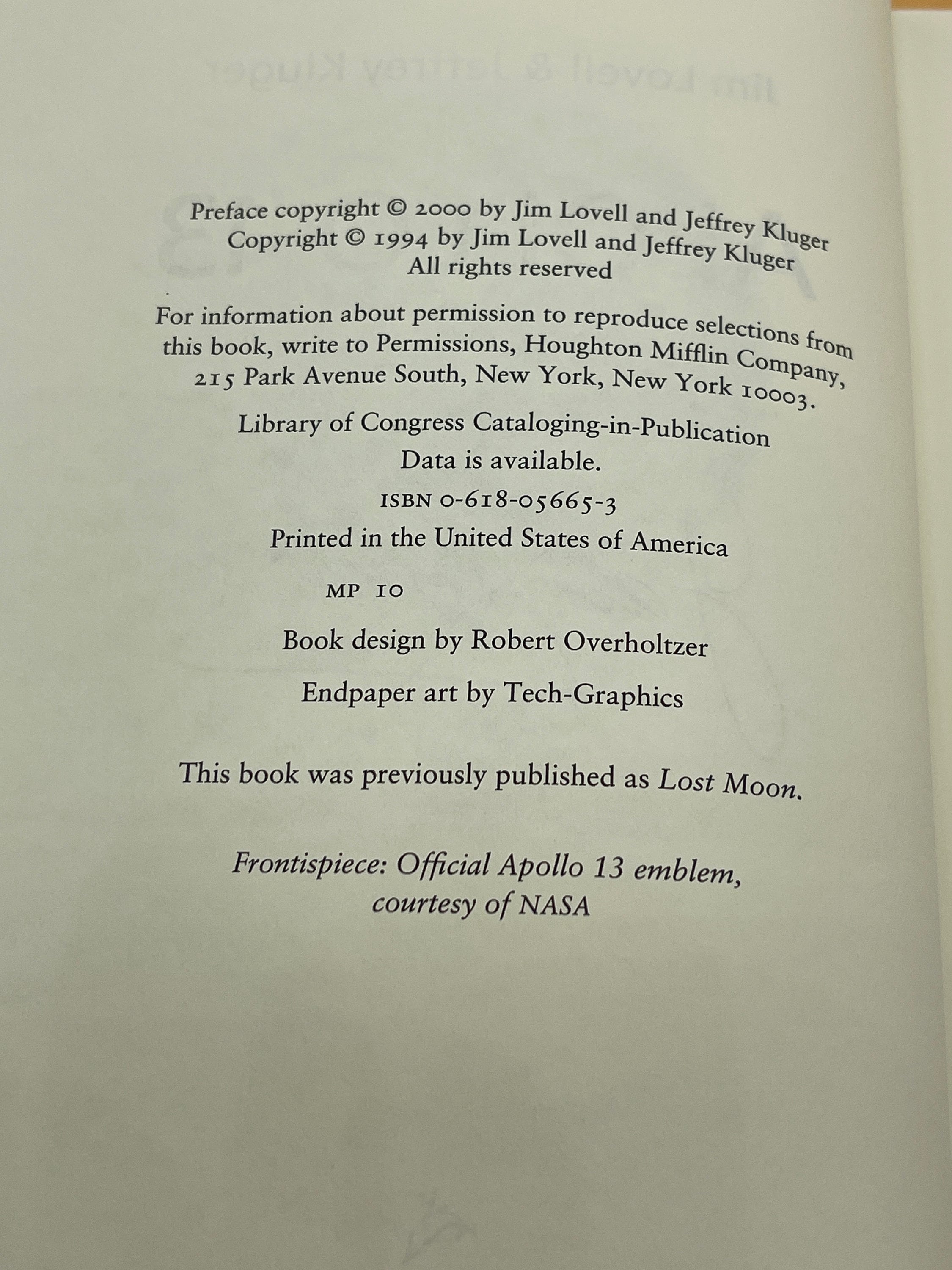 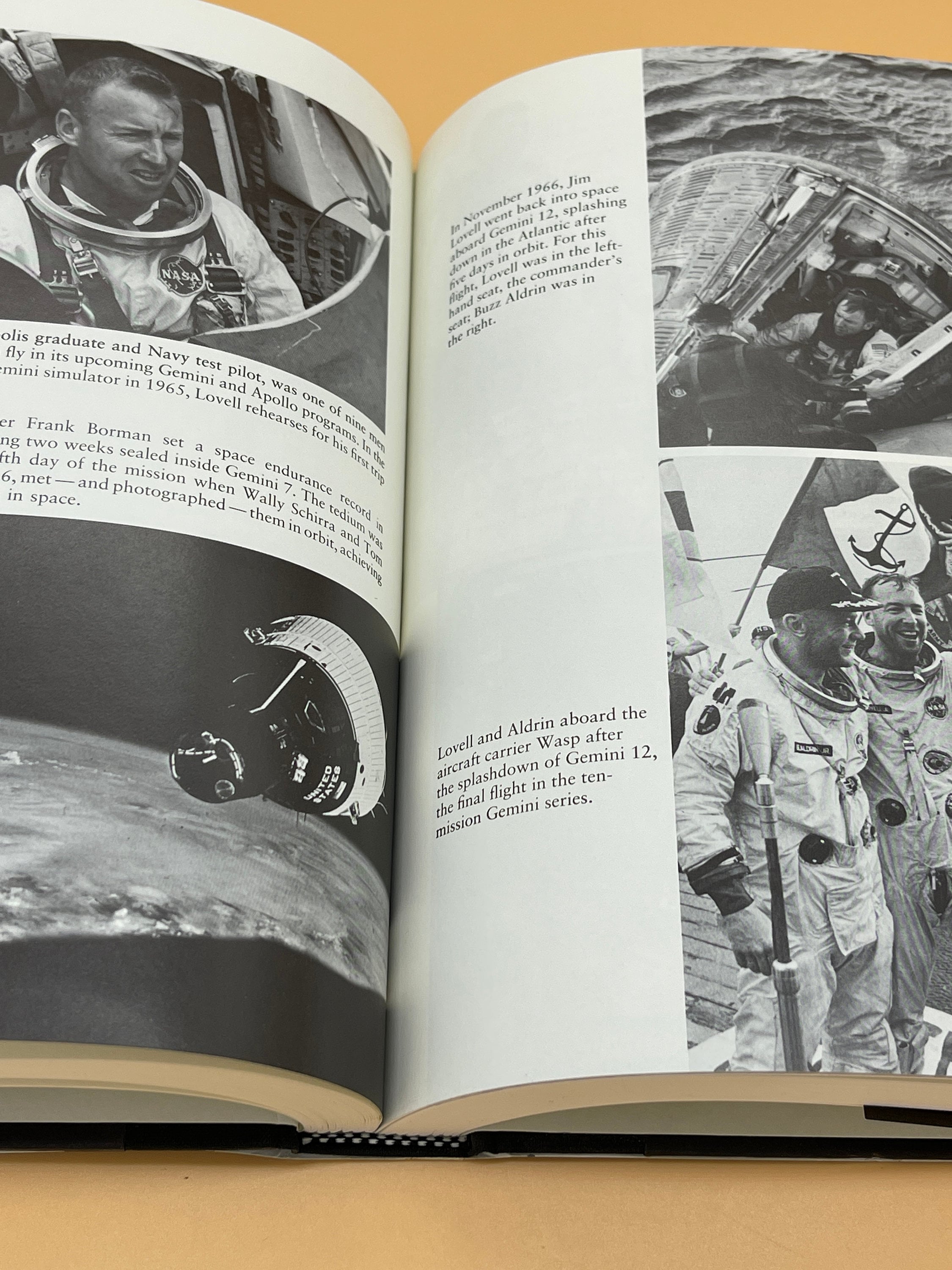 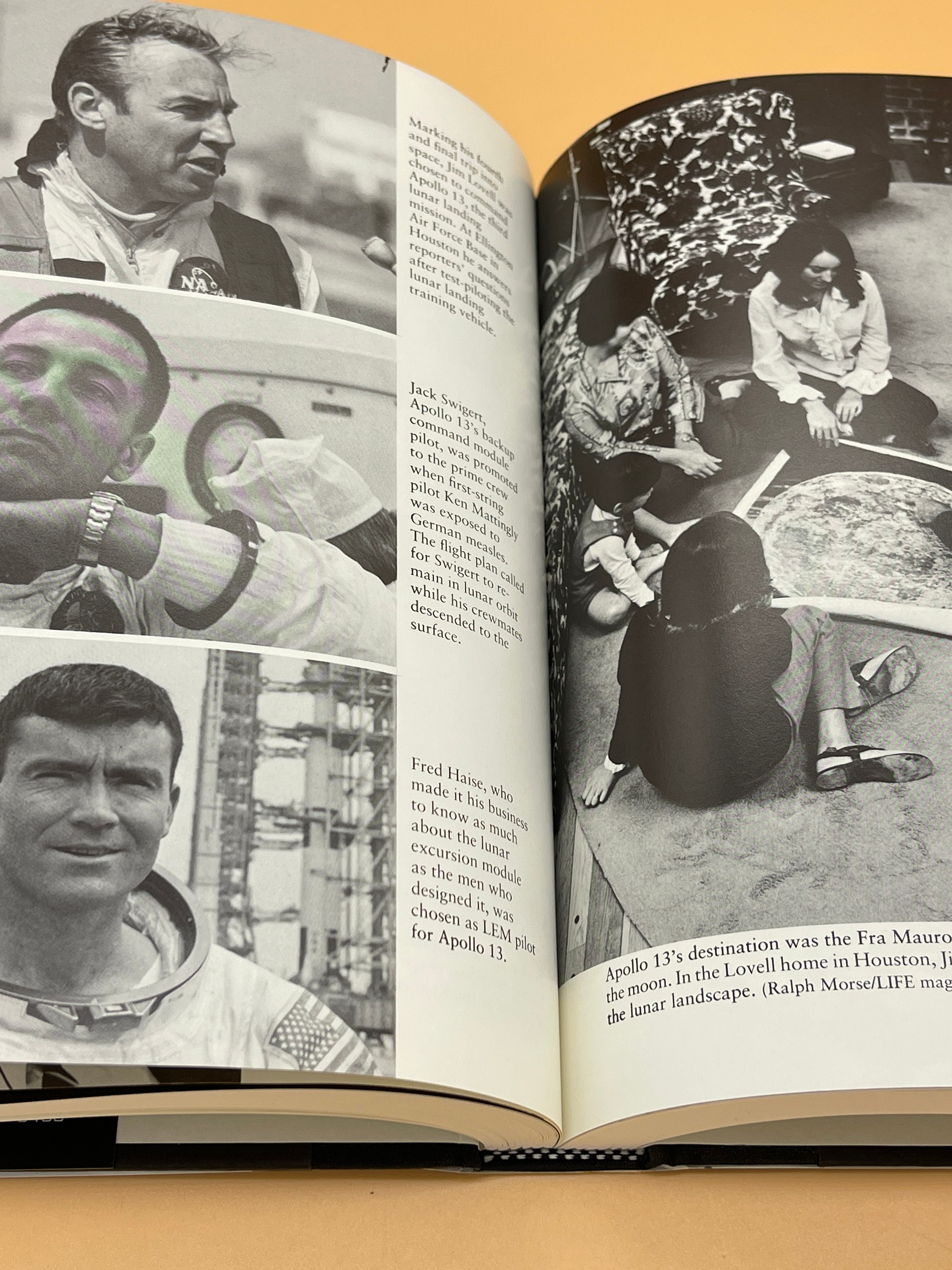 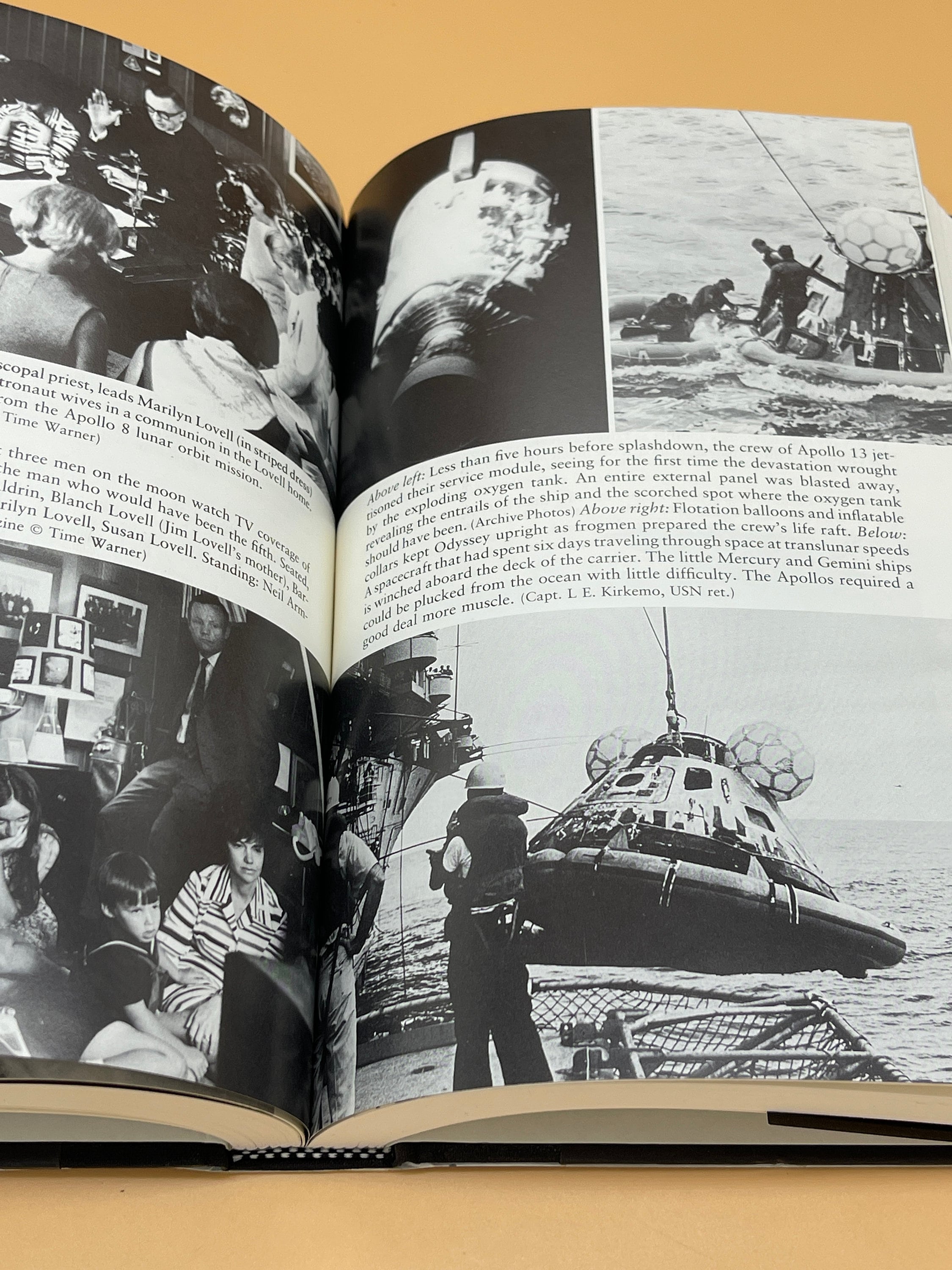 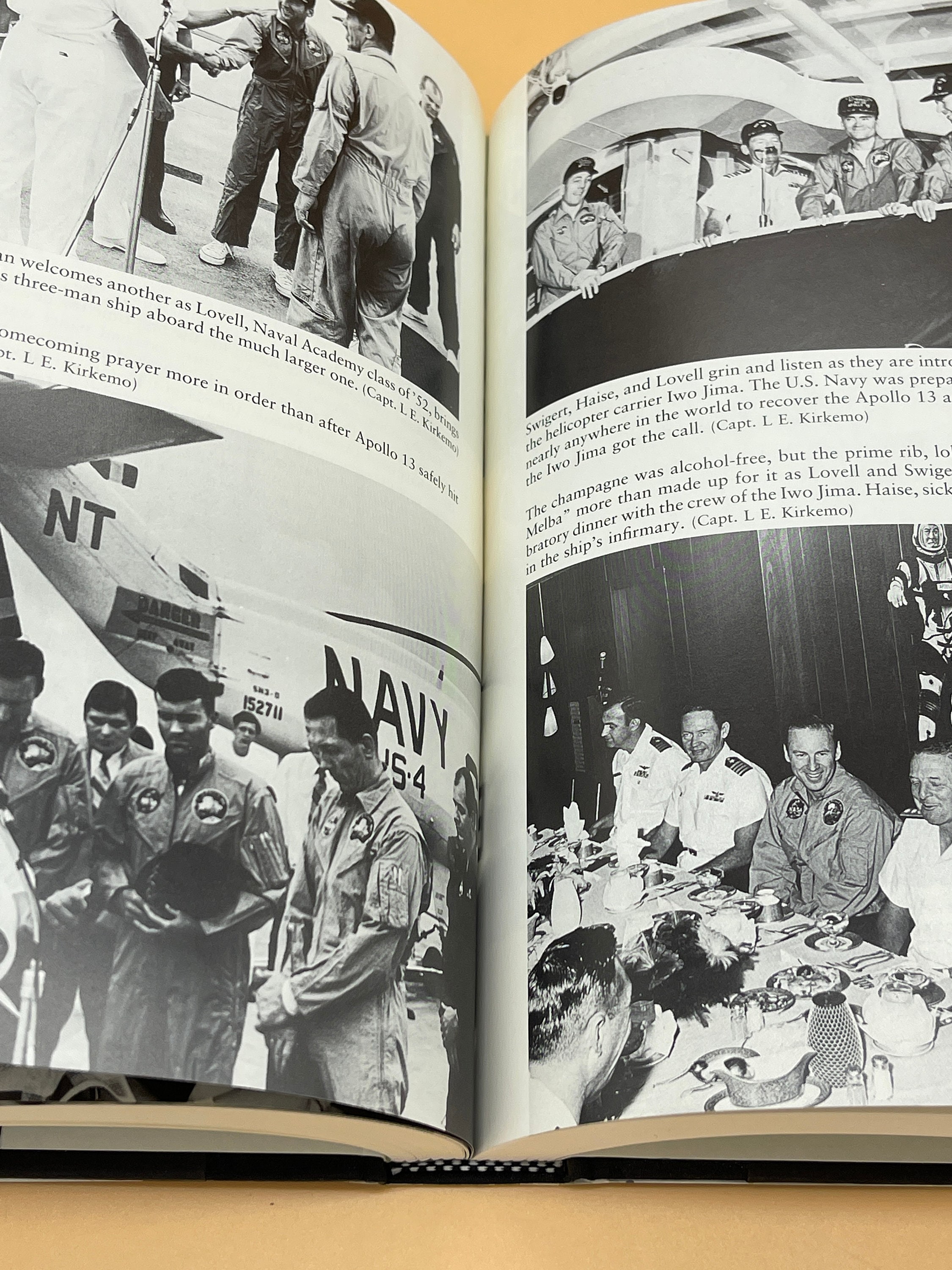 This is a near fine (almost like new) hardcover with dust jacket. 2000 Houghton Mifflin Publishing. SIGNED by Jim Lovell on title page. This copy is crisp and clean inside and out. The pages are still crisp, clean and free of markings. Binding tight and straight. Black hardcover boards under jacket are also near fine. The dust jacket is very good with light shelf wear but overall very good. Octavo size or 6" x 9" with 378 pages. Lunar module illustrations front and back endpapers. Frontispiece feature official Apollo 13 emblem where signed by Lovell.

This collectible signed by Jim Lovell, the 30th Anniversary Edition, is a thrilling read and look into history, NASA, and endurance and perseverance of man. Originally published as Lost Moon, this edition of Apollo 13 is the commemorative edition on the 30th anniversary of the mission. Includes new preface. On April 1970, during the glory days of the Apollo space campaign, NASA sent Cap. Jim Lovell and two other astronauts on America's 5th mission to the moon. Only 55 hours into the flight of Apollo 13, disaster struck. A mysterious explosion rocked the ship and power and oxygen began to drain. This book tells the full story that reads like fiction but is incredibly true.