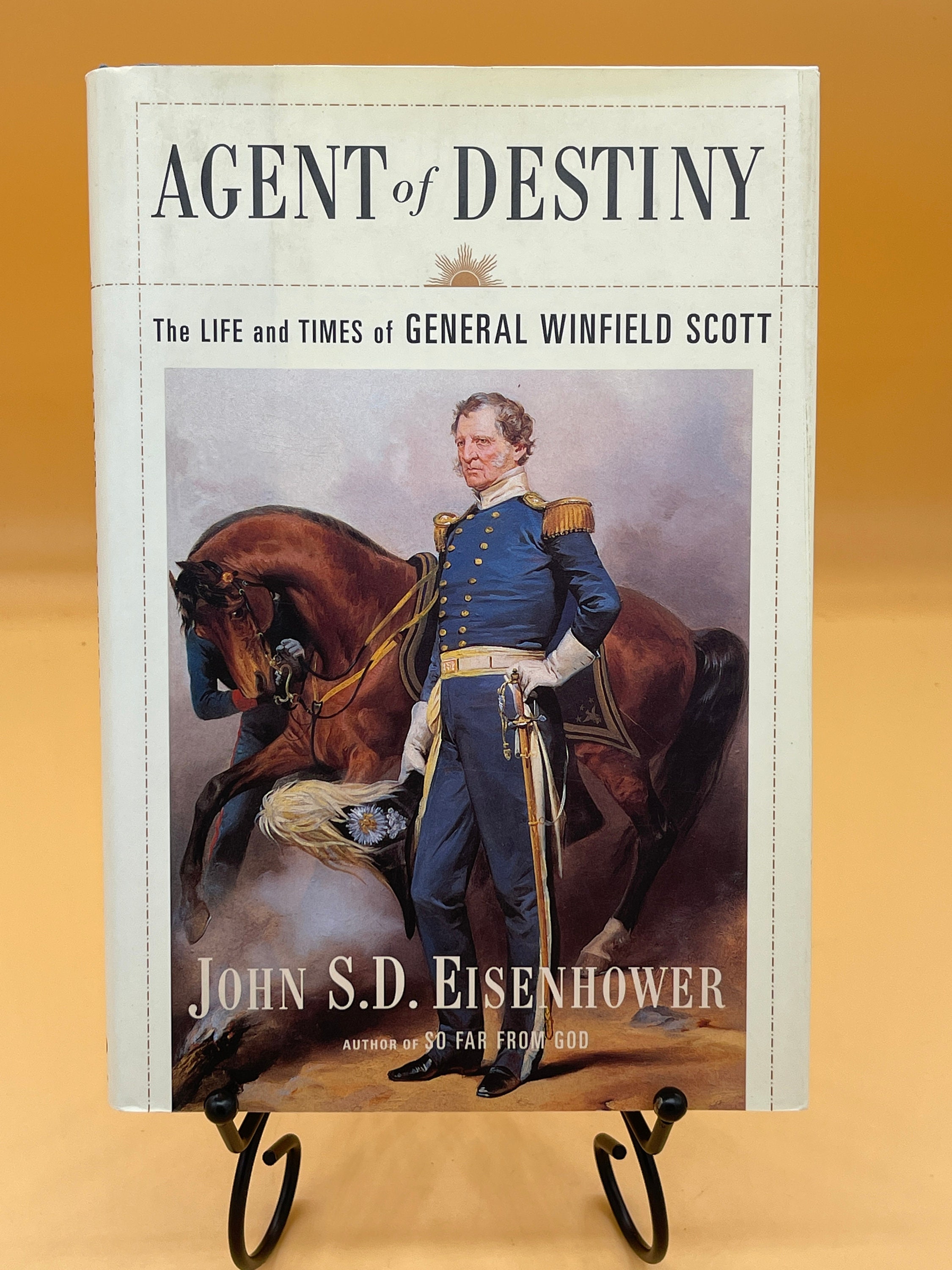 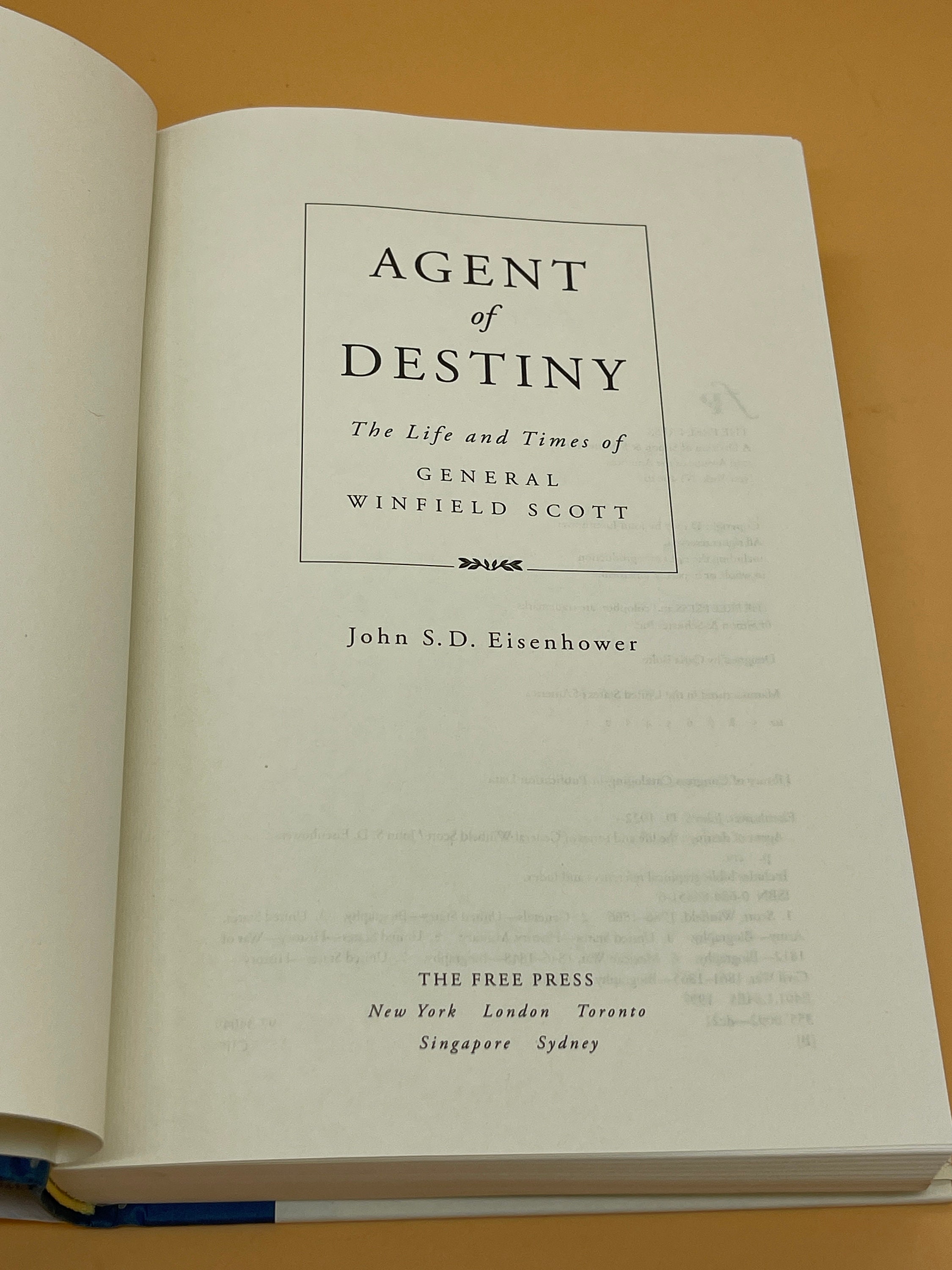 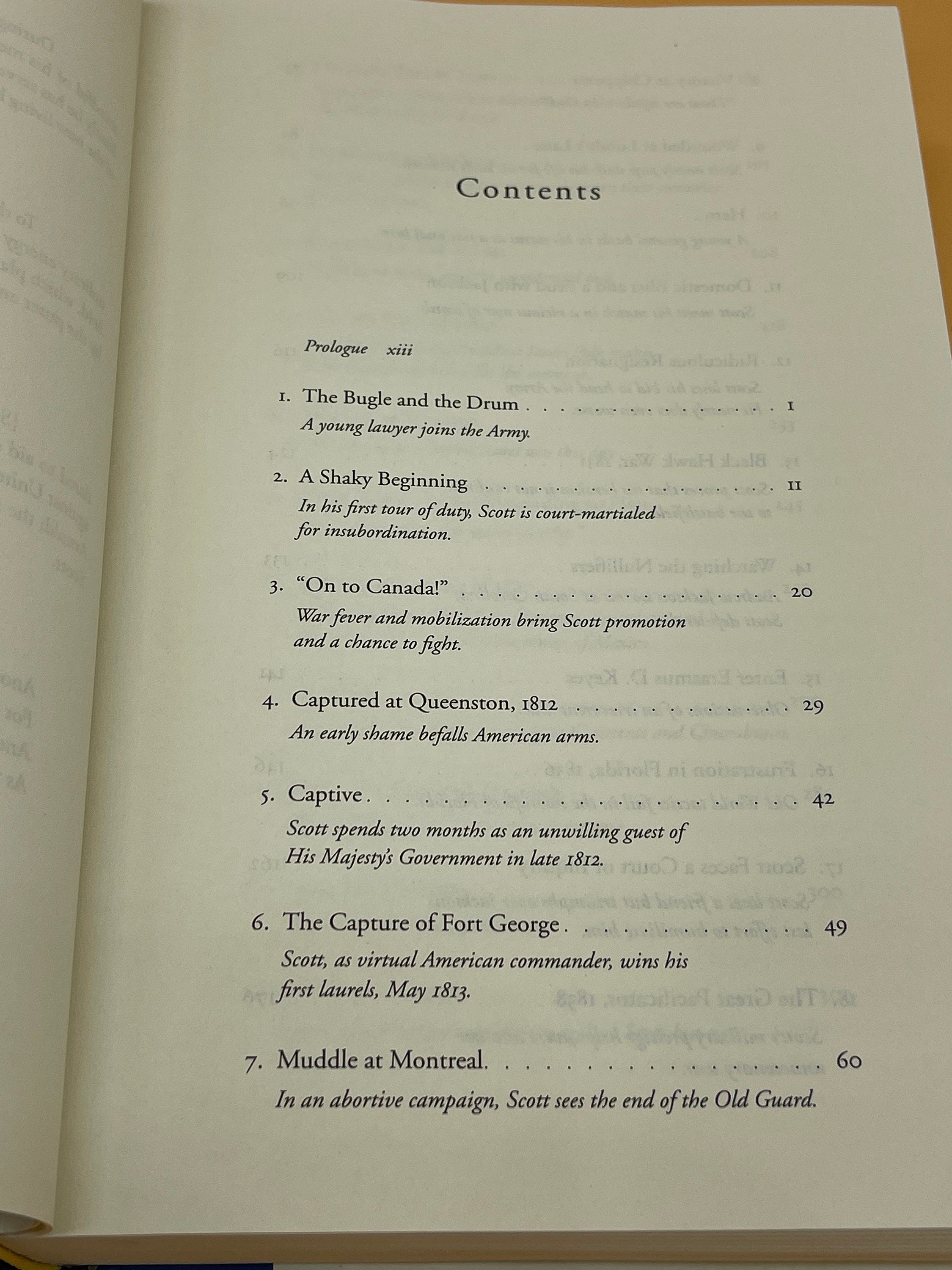 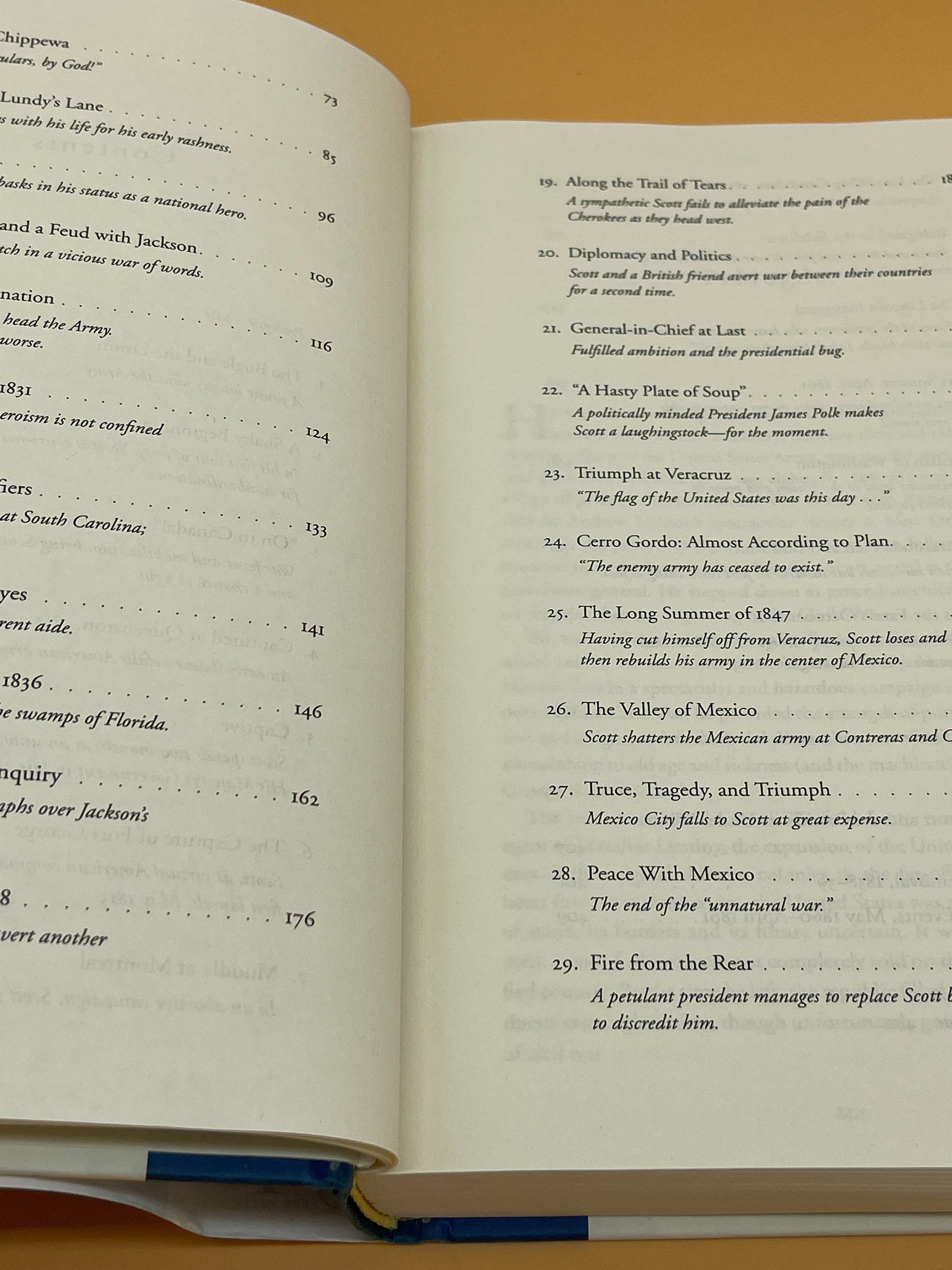 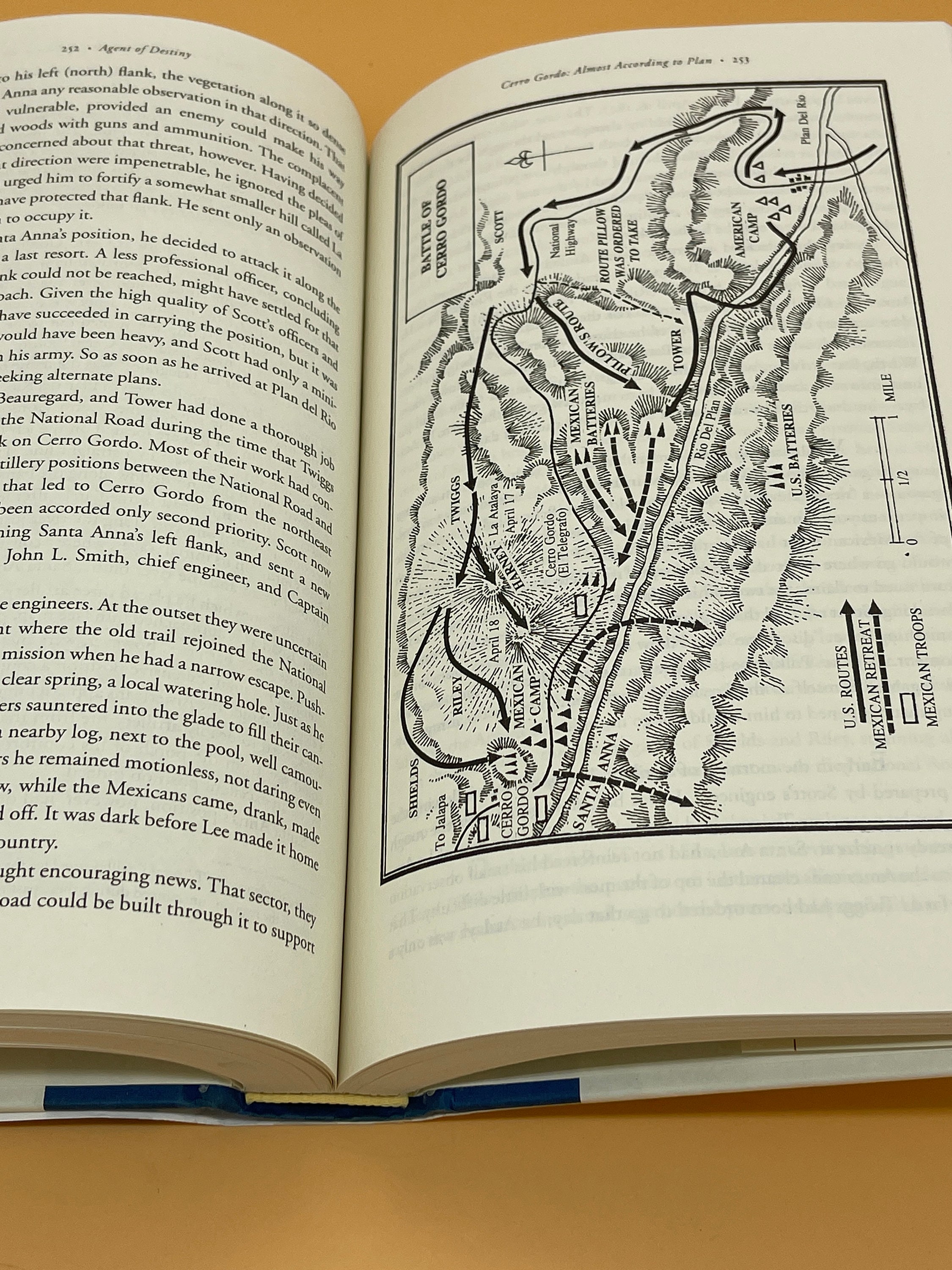 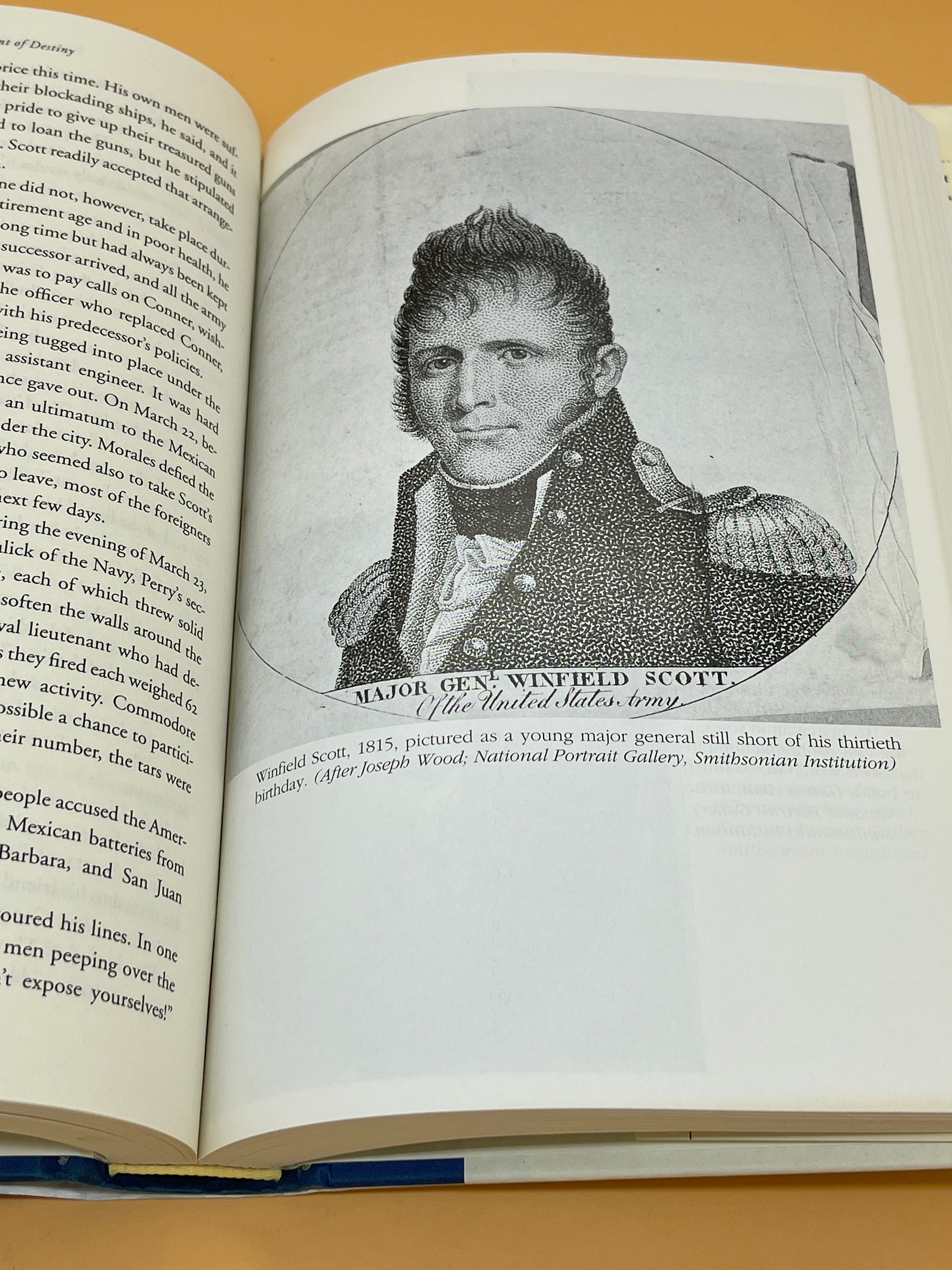 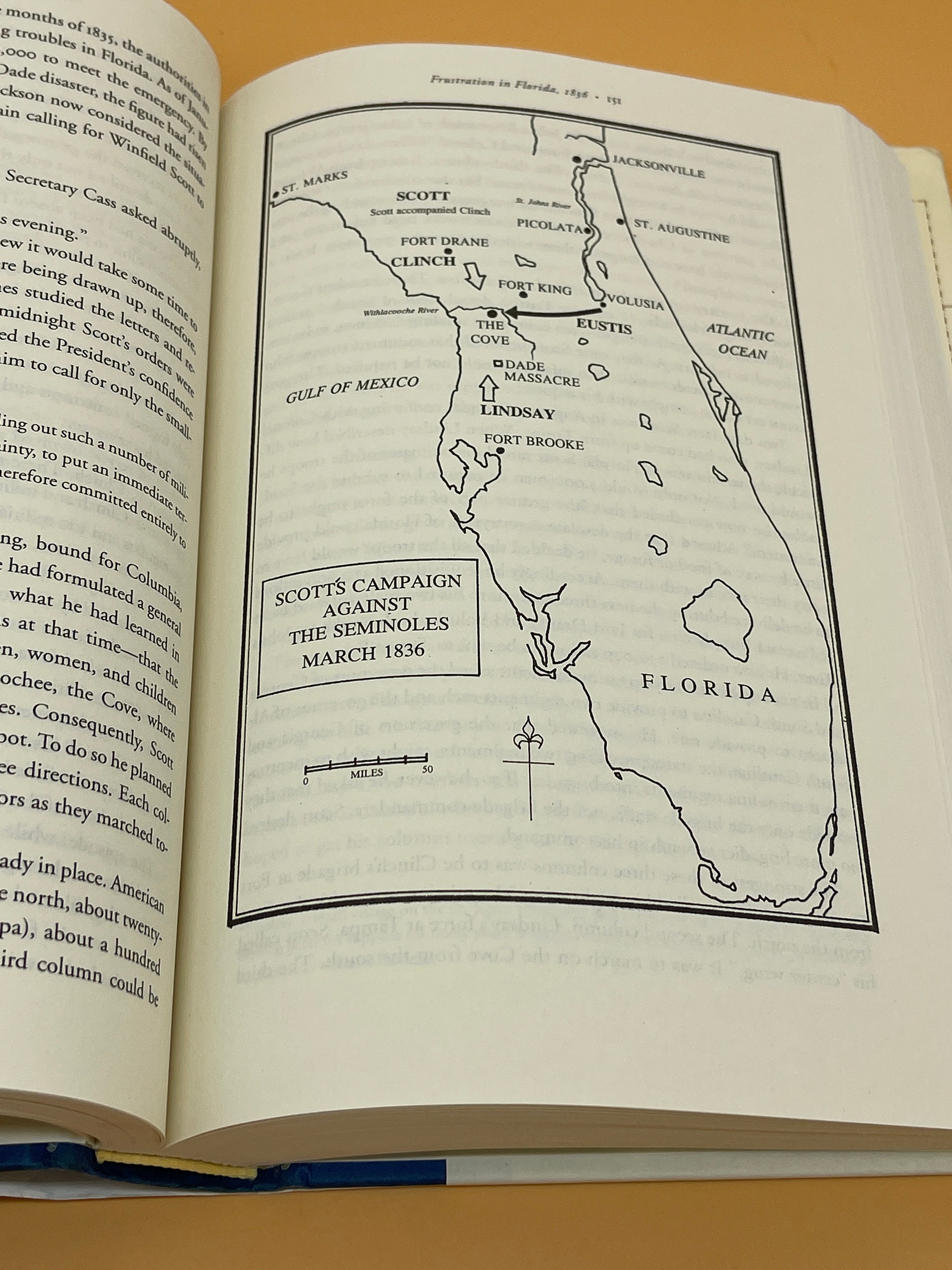 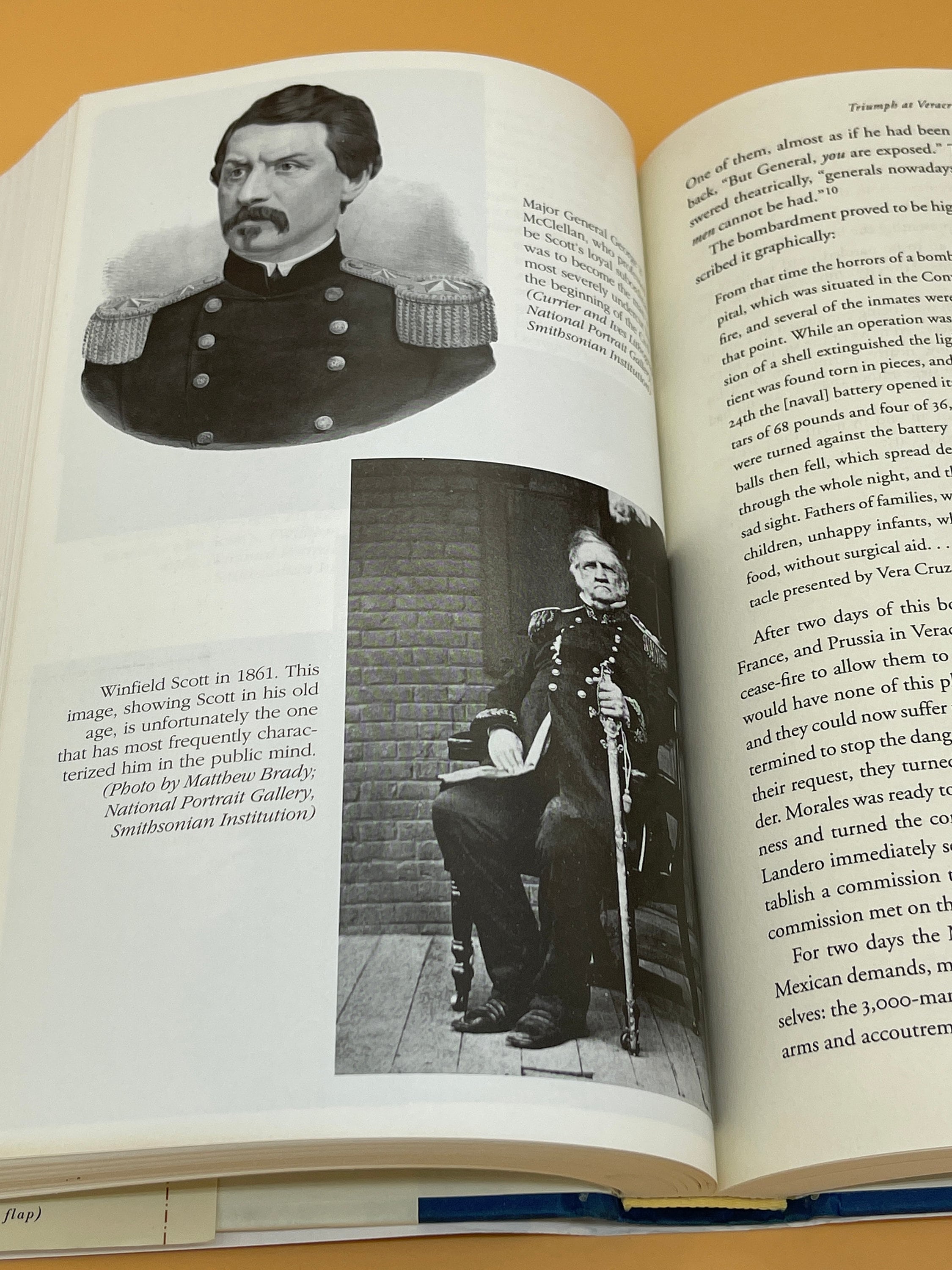 This is a near fine (almost like new) hardcover with dust jacket. 1997 Free Press Publishing. This copy is crisp and clean inside and out. The pages are crisp, clean and free of markings. The binding is tight and straight. Cream and blue hardcover boards under jacket are also near fine. The dust jacket is very good to near fine with only light shelf wear to back of jacket from display. Medium octavo size or 6.5" x 9" with 464 pages including index.

Retired Brigadier General John S.D. Eisenhower is one of the nation's leading military historians. He has meticulously researched and detailed the life of General Winfield Scott. Winfield, the hero of the War of 1812, conqueror of Mexico City, and Lincoln's top soldier during the first 6 months of the Civil War, was a seminal force in the early expansion of the American republic. In this book the author reviews Scott's life and influence. Scott may have been the hero of two major wars and a star diplomat, but he also had been place before a military court 3 times, convicted once and even suspended from the Army at one time. Scott's troubles seemed created by political ambition but he certainly was a monumental agent of America's destiny.