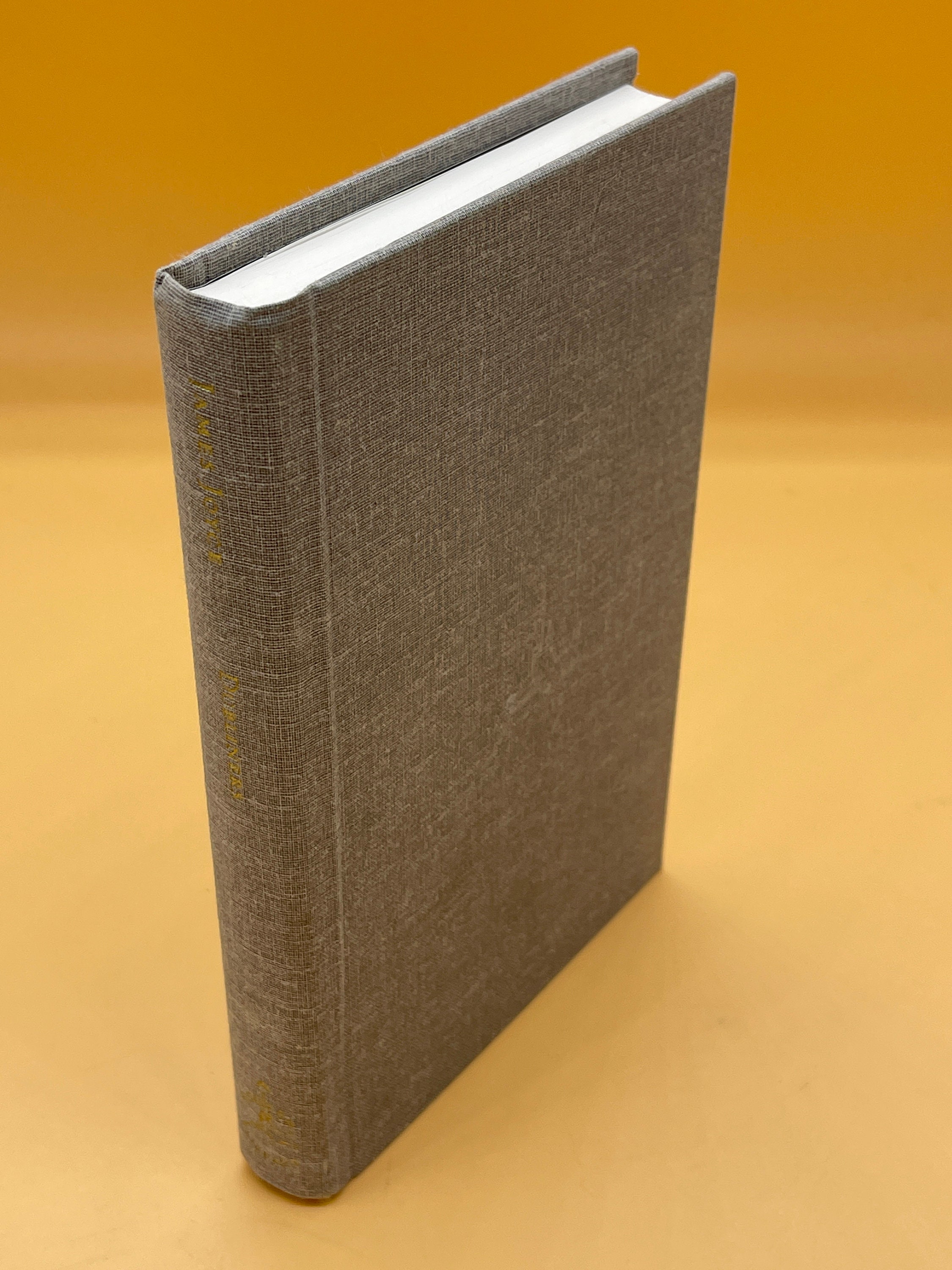 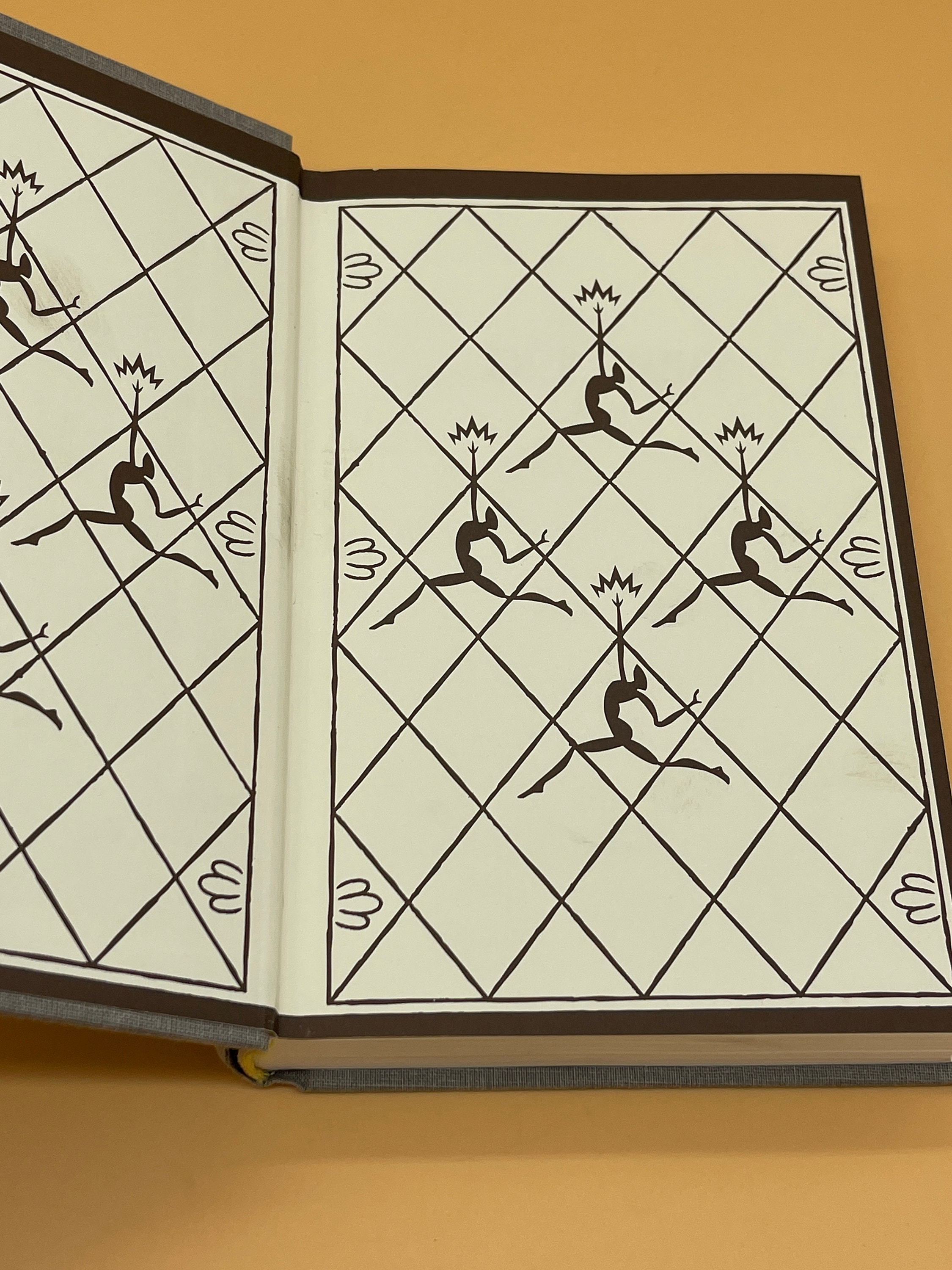 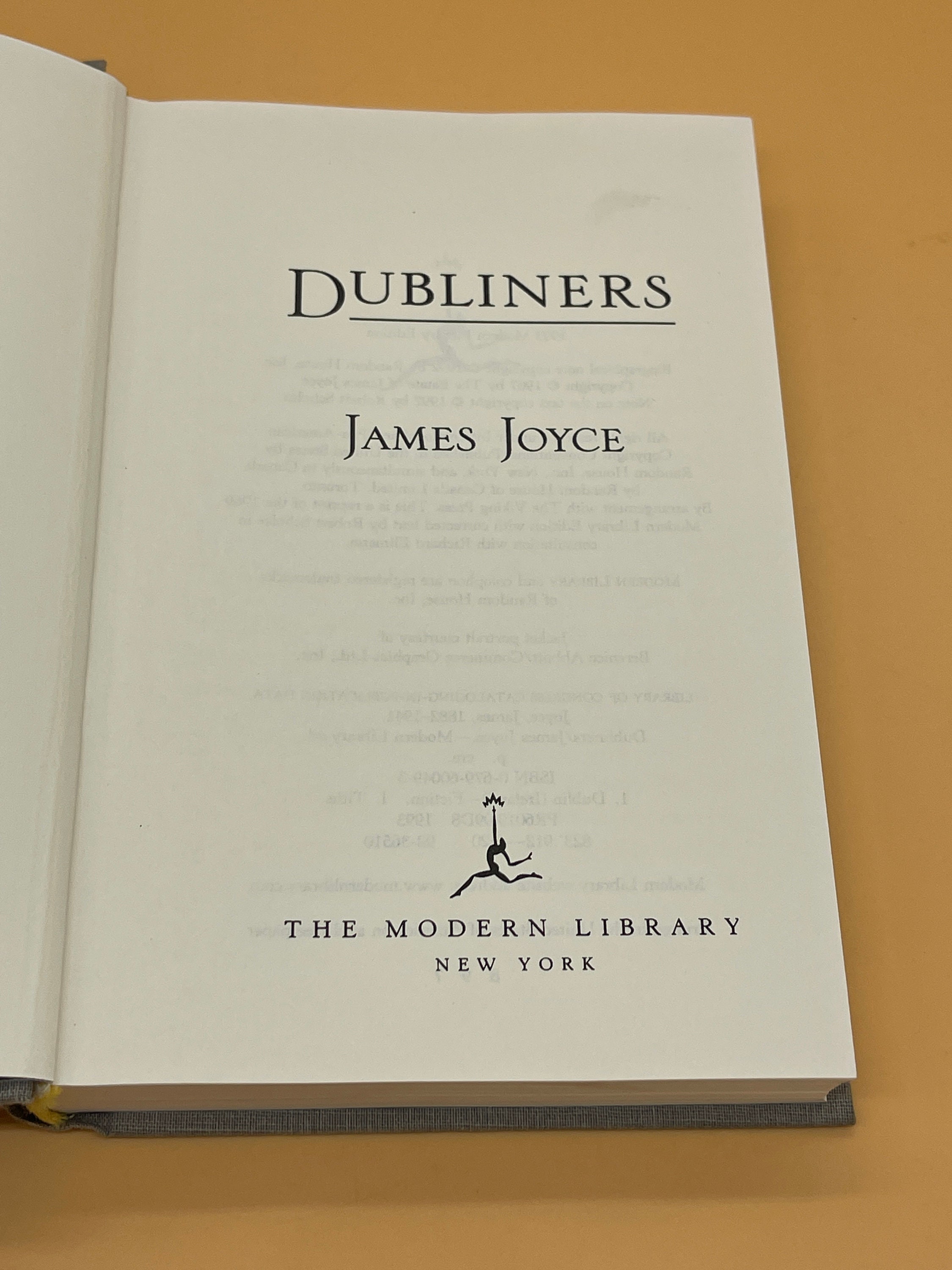 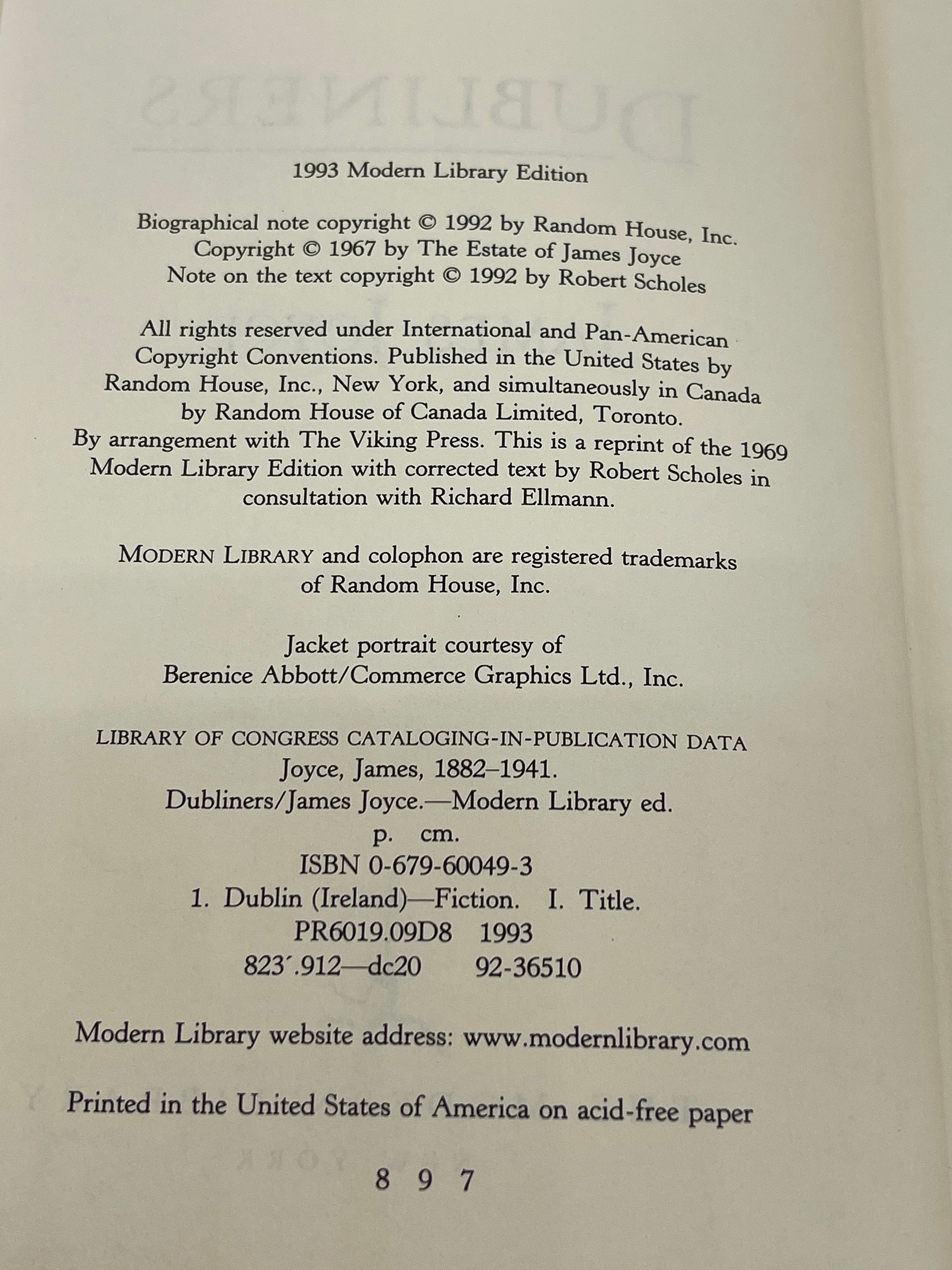 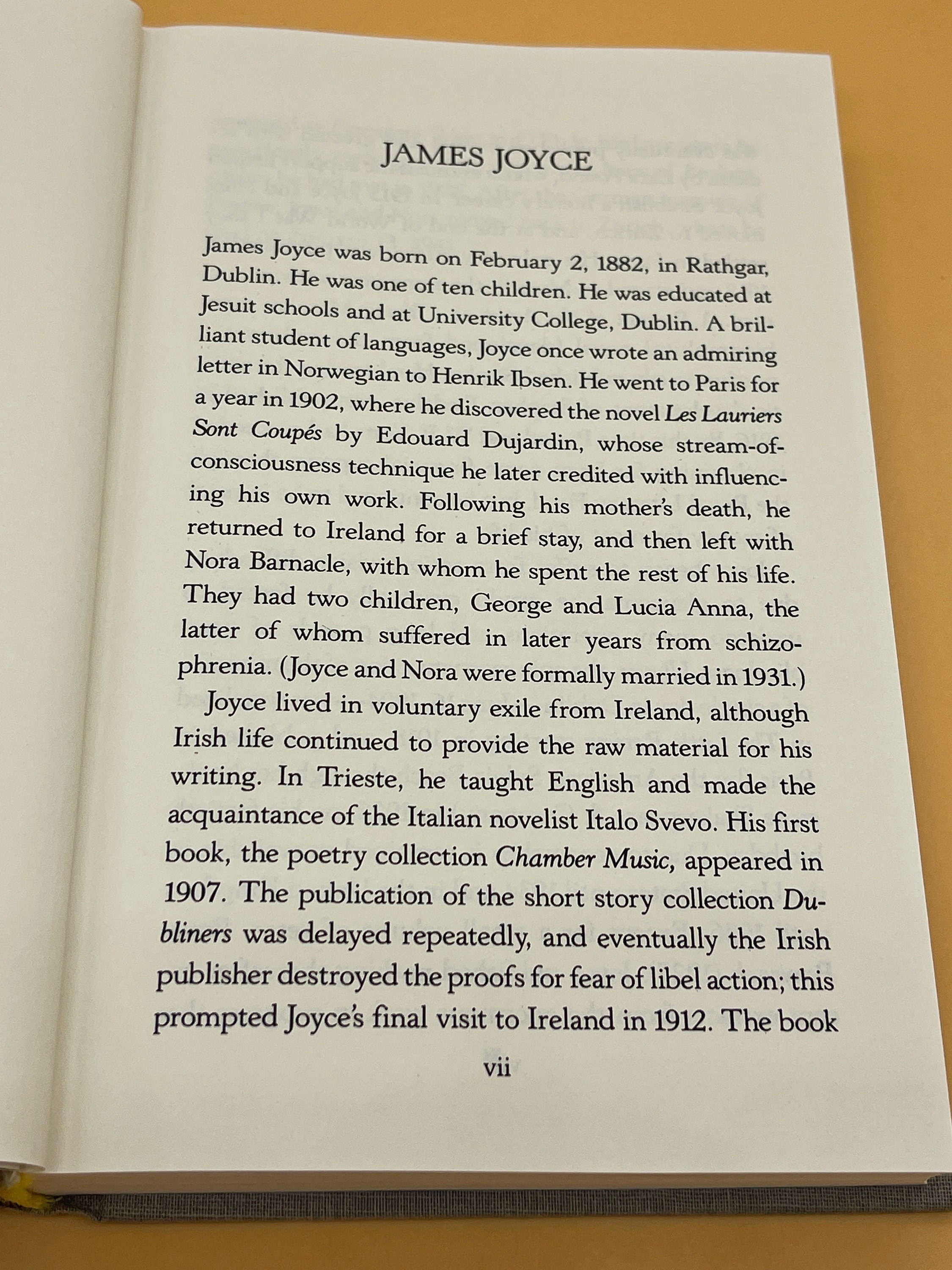 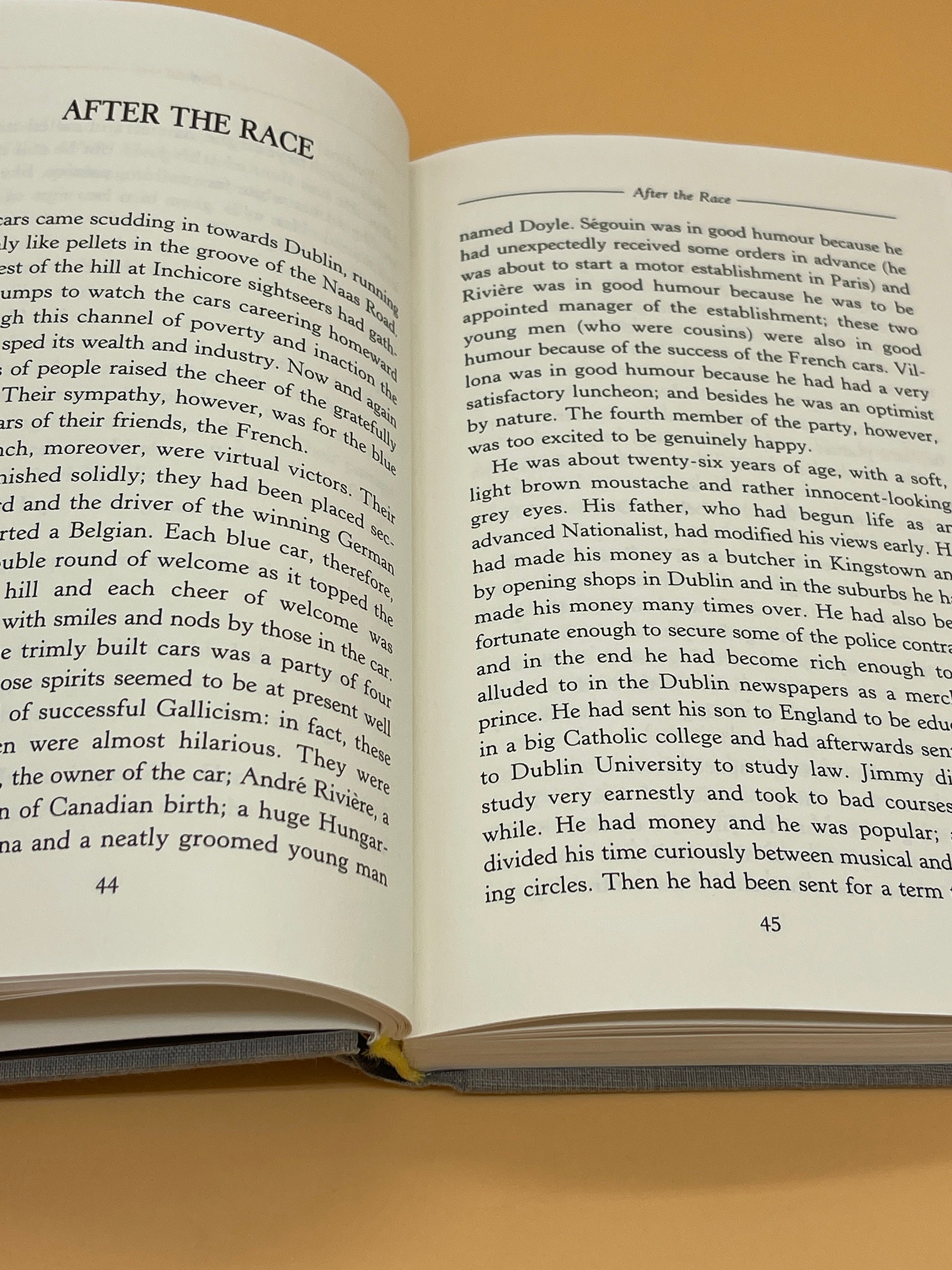 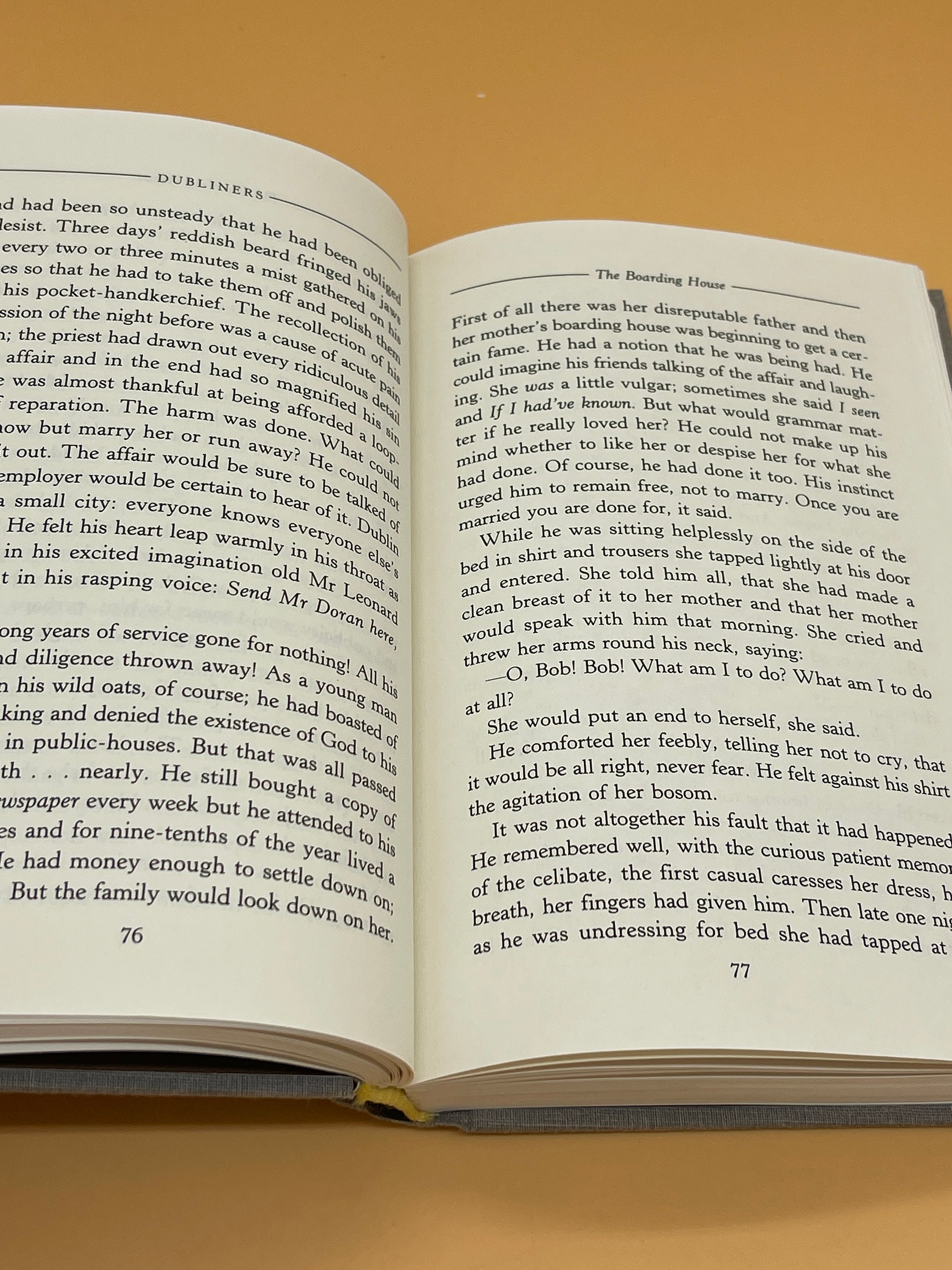 This is a very good hardcover, NO DUST JACKET, jacket missing. The Modern Library Edition 1993. This copy is crisp and clean inside. The pages are crisp, clean and free of markings. The fine sewn binding is tight and straight. Grey cloth hardcover board also very good, only a hint of shelf wear and binding is tight and straight. Smaller hardcover, crown octavo size or 5" x 8" with 286 pages.

Dubliners is a collection of short stories by James Joyce. Originally published in 1914 it depicts Irish middle class life in Dublin in the early 20th century. In this edition a note on the text is included to advise the reader that the punctuation and spelling of the first edition, 1914 Grant Richards, London, has been followed and Joyce himself proof-read the Richards edition and made corrections. Most of the corrections were deletions of commas that the printer added, but occasional wording was changed too. The Richards edition was the last reviewed by Joyce himself, therefore became the basis of any later edition. The Modern Library edition is an attempt to provide the published text Joyce wanted by following the corrected edition James Joyce reviewed.