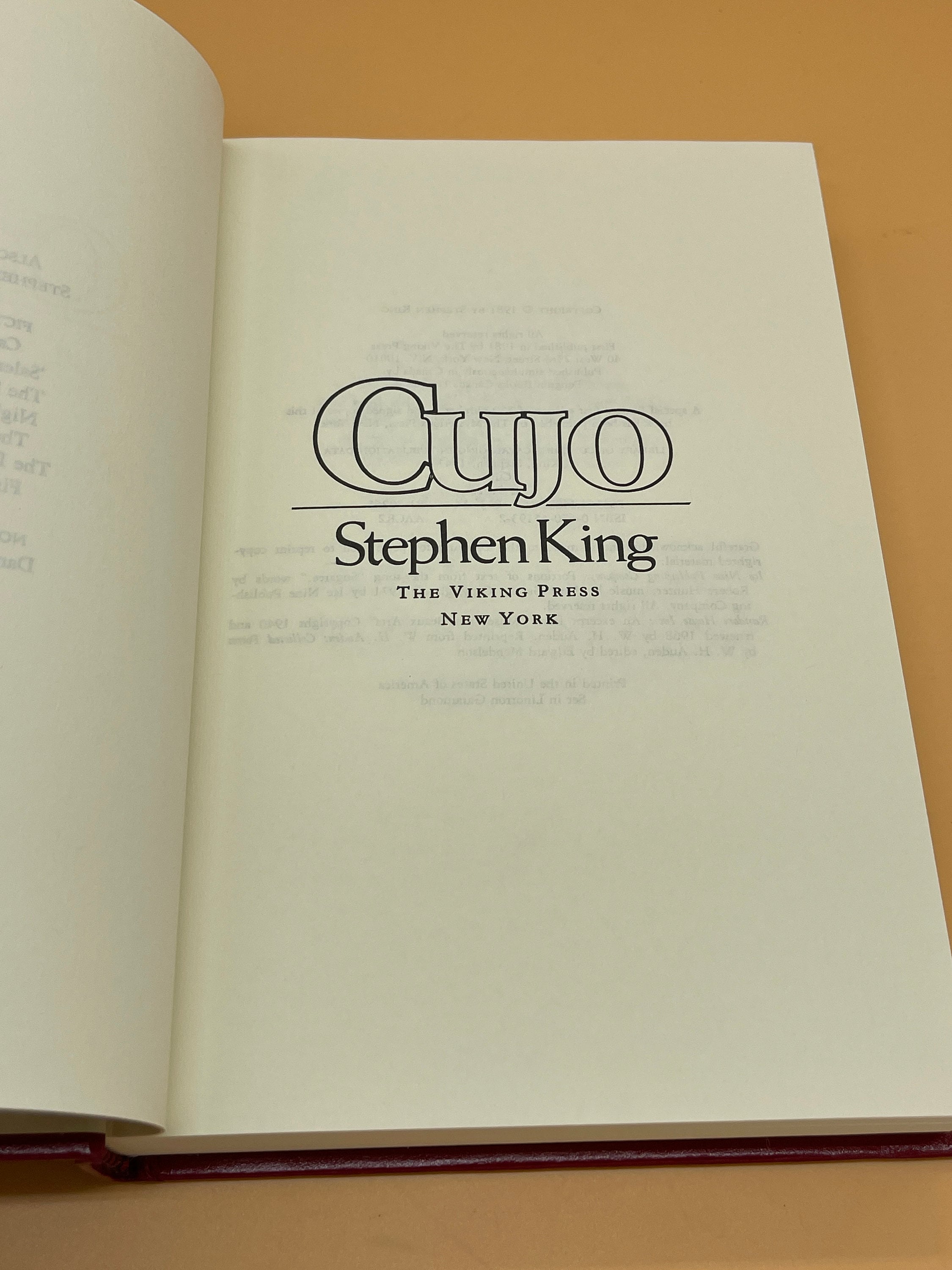 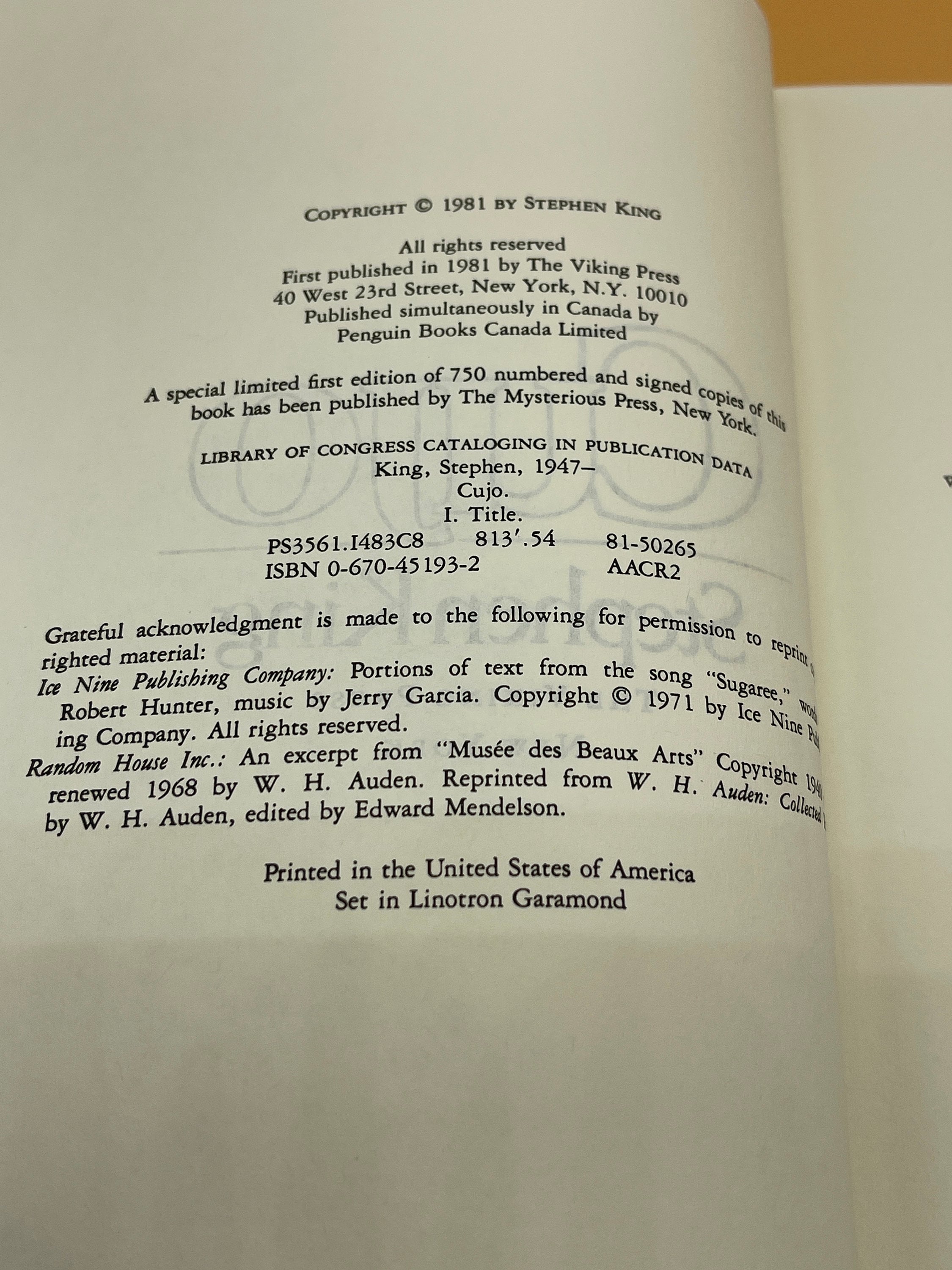 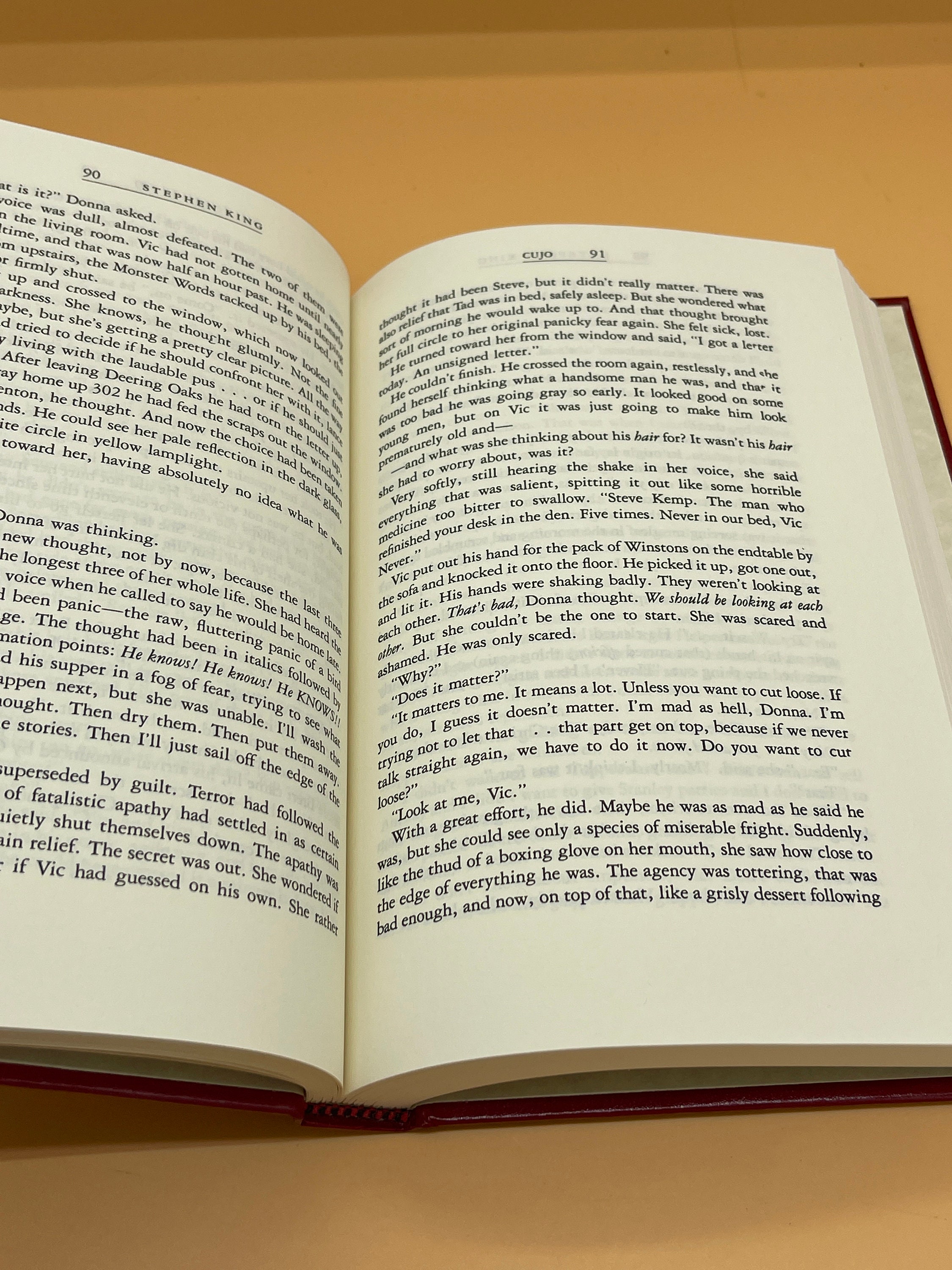 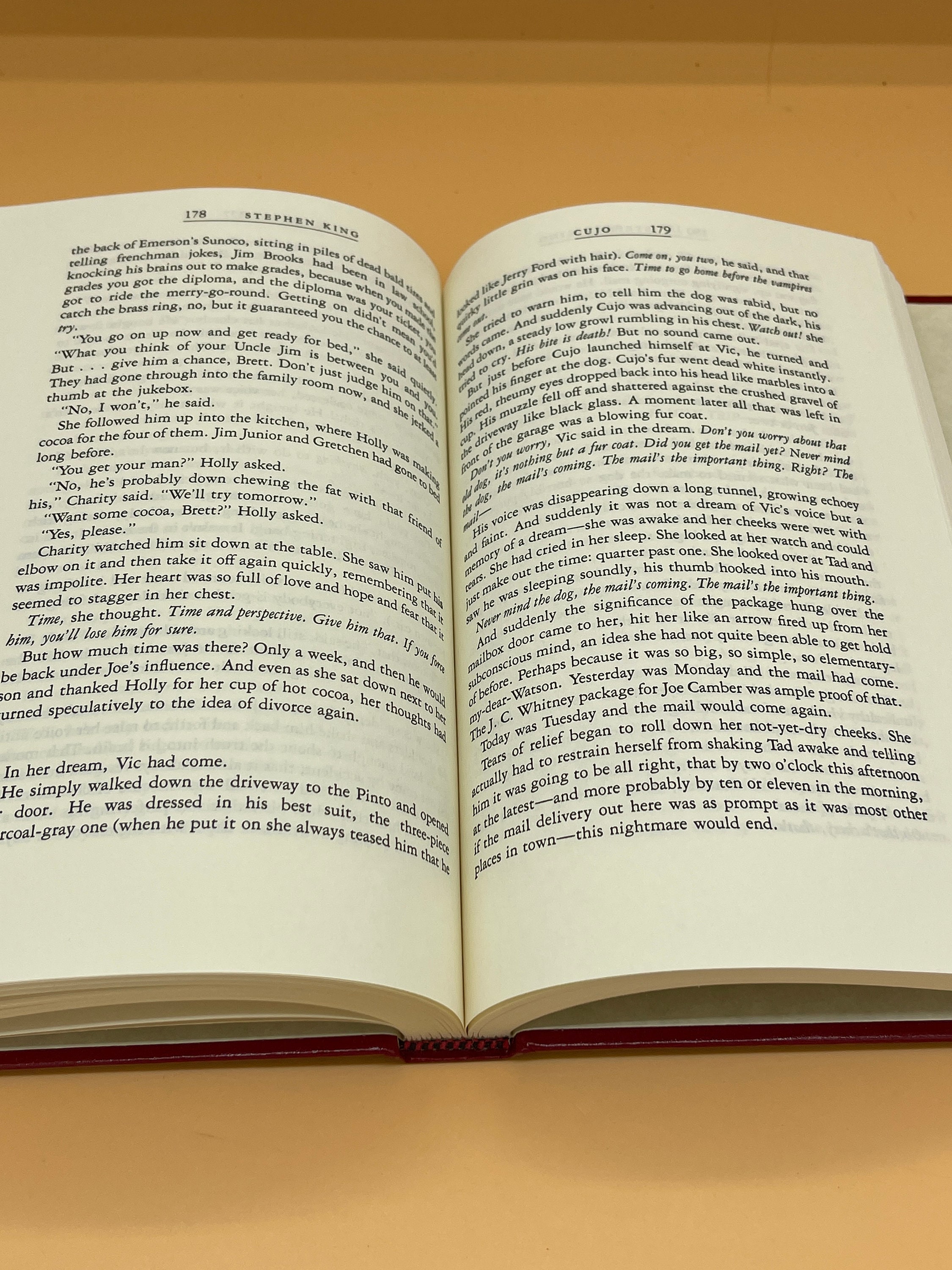 This is a near fine, (almost like new) hardcover bound in imitation red leather. 1981 Viking Press. This is one of the "red leather" special edition book club books printed for subscribers. Dubbed "leather", they are NOT bound in true leather but rather have a "leather look" thus becoming known as the Red Leather editions. This copy is crisp and clean inside and out. The pages are crisp, clean and free of markings. The binding is tight and straight. Red hardcover boards with gold lettering and gold Stephen King facsimile signature on front cover. Medium octavo size of 6.5" x 9".

This favorite novel from Stephen King is a psychological horror based on a Saint Bernard who is rabid. The novel won the British Fantasy Award in 1982 and was made into a Hollywood film in 1983. King has reported that the basis for the novel was formed upon his visit to a mechanic shop in Maine. His motorcycle issues led him to take the bike in to a mechanic repair shop and upon arrival a Saint Bernard emerged from the garage and lunged at him. No harm was done but King was startled and the incident inspired the novel.