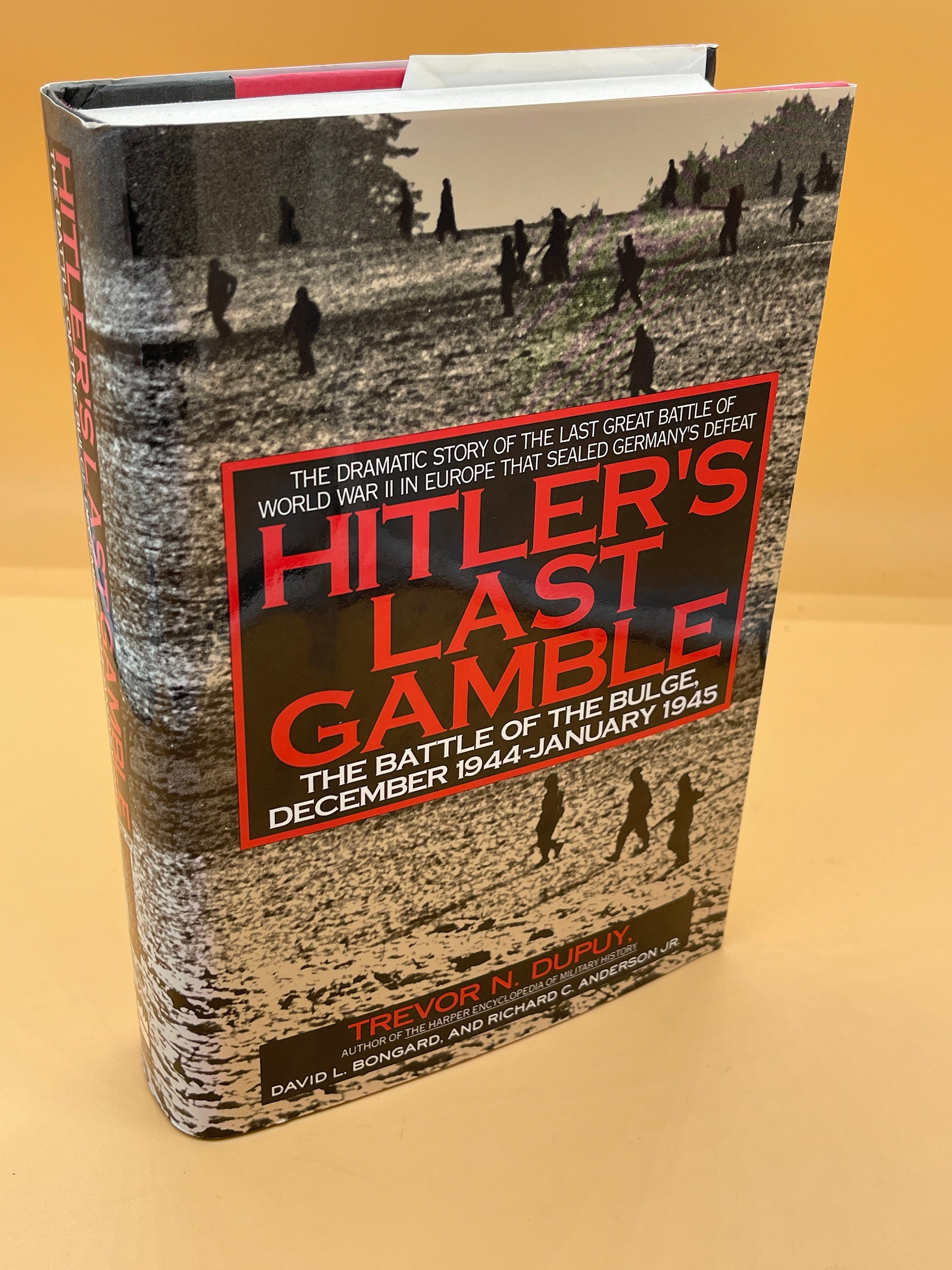 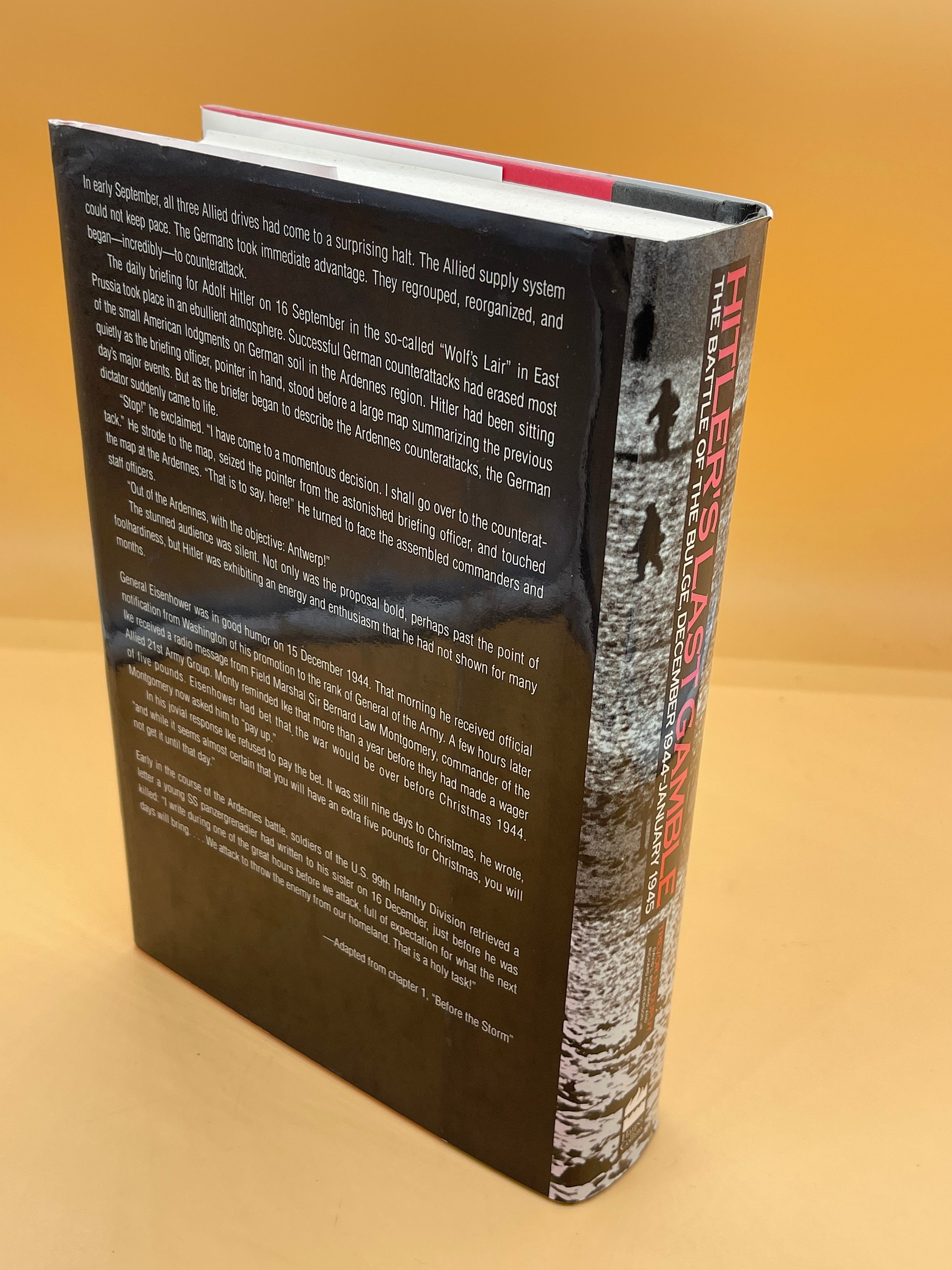 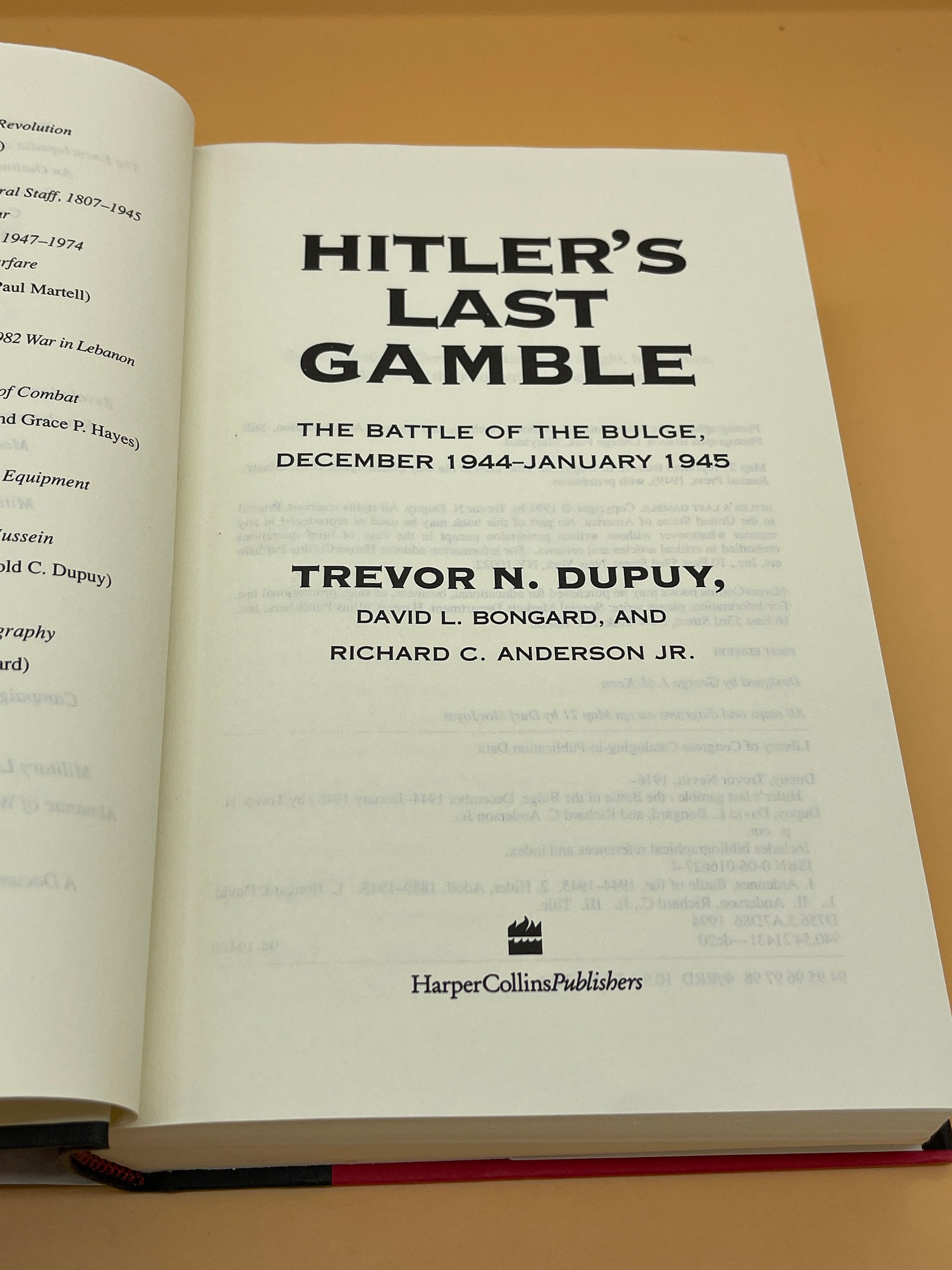 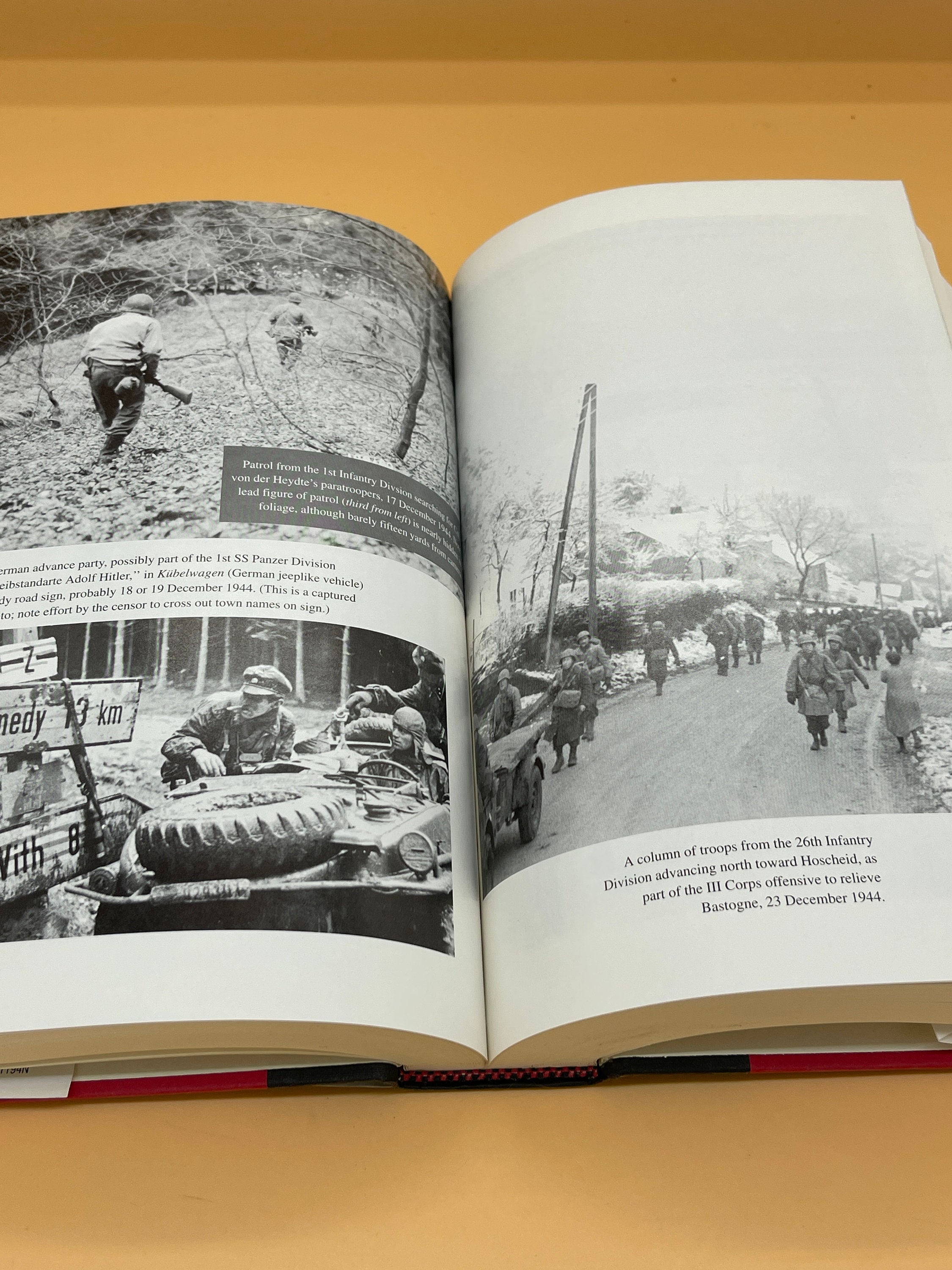 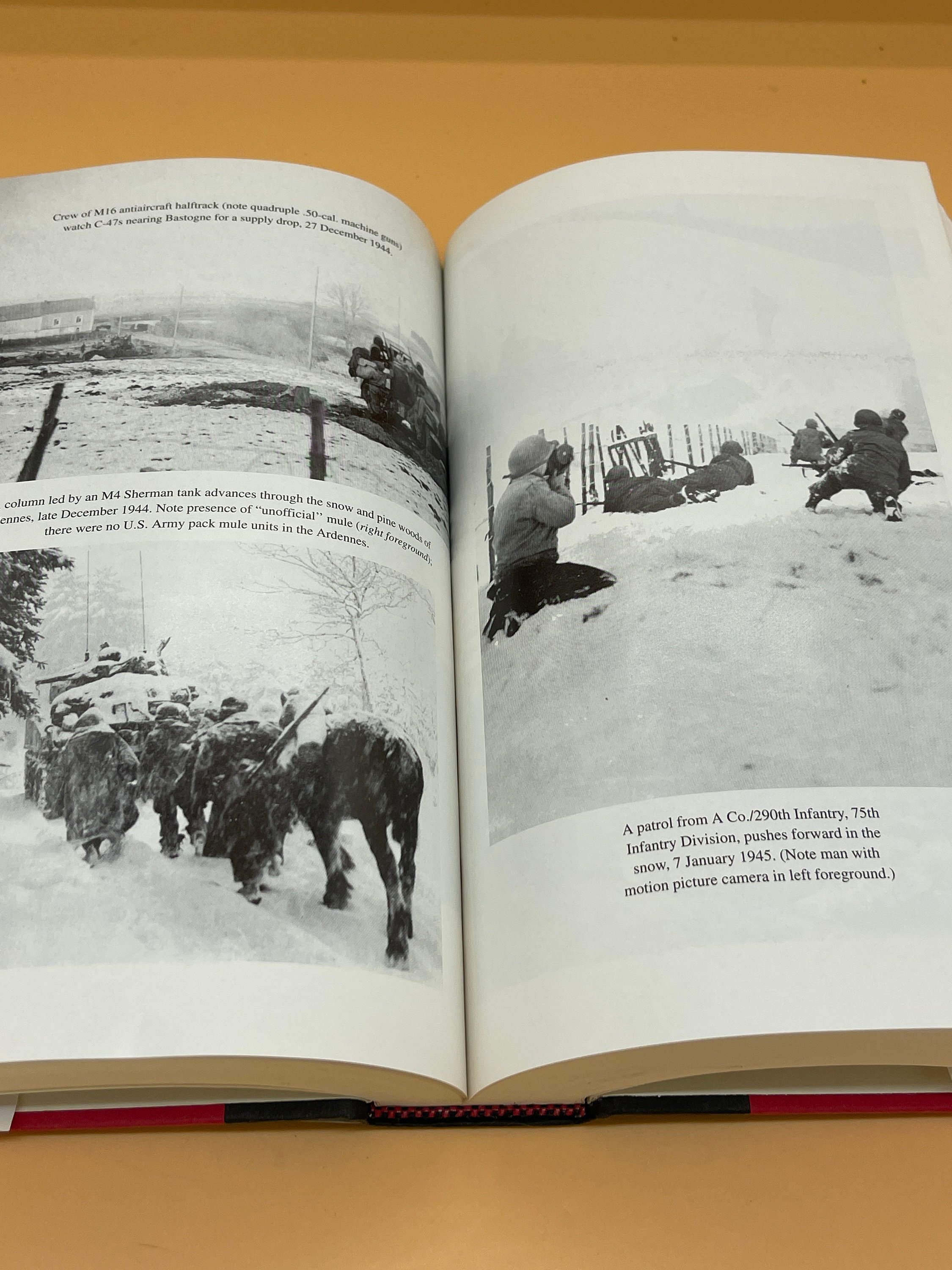 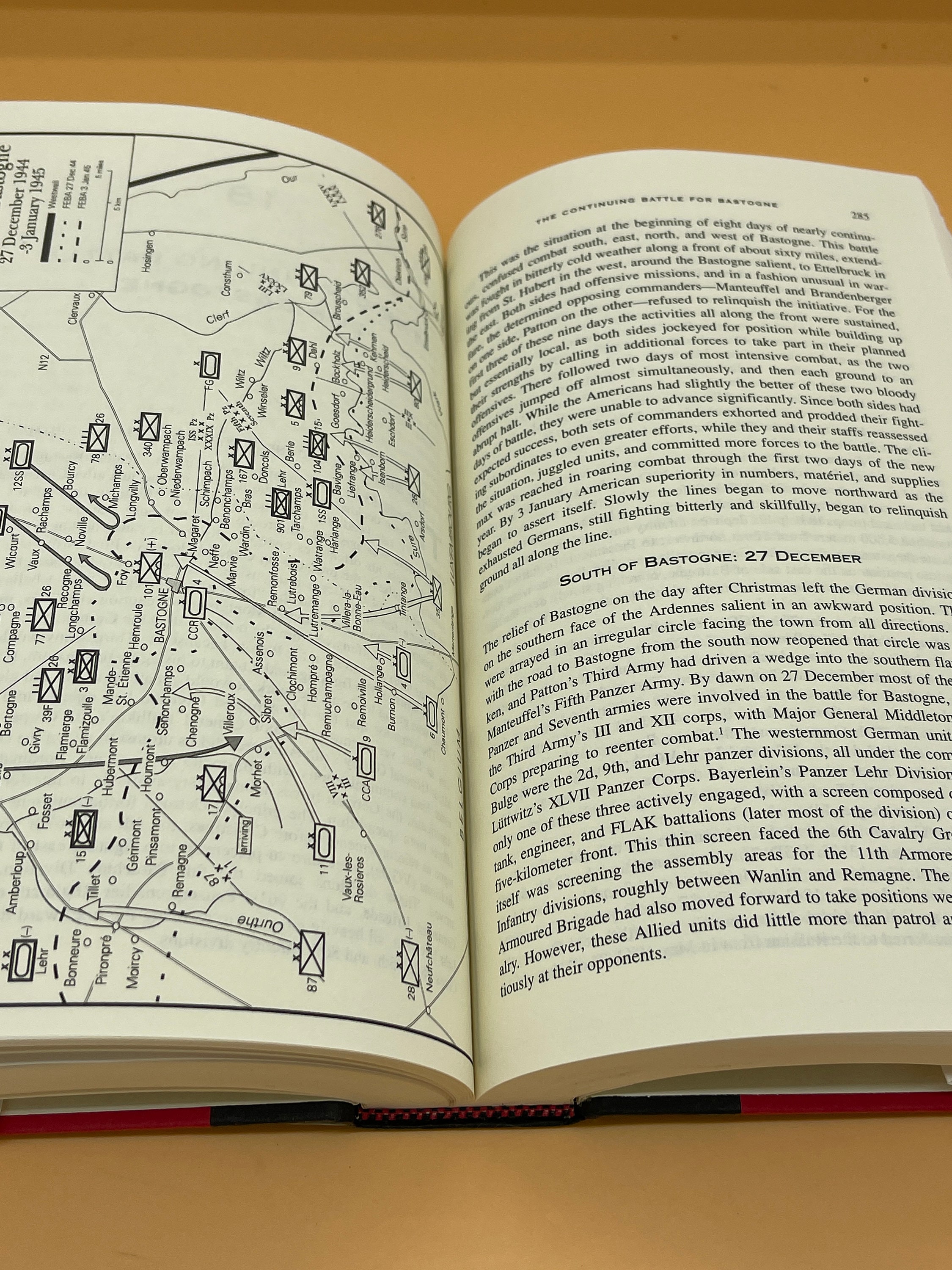 This is a near fine (almost like new) hardcover with dust jacket. 1994 Harper Collins Publishing First Edition 50th anniversary edition by Trevor N. Dupuy, David L. Bongard, and Richard C. Anderson Jr. This copy is crisp and clean inside and out. The pages are crisp, clean and free of markings. The binding is tight and straight. Red with black trim hardcover boards under jacket are also like new. The dust jacket is clean and shiny, near fine with only a hint of shelf wear. Medium octavo size or 6.5" x 9.5" with 565n pages including index.

Many books have been written about the last major battle in Europe at the end of World War Two, but none of them with the detail and resources of the 50th anniversary volume. The German attack was a last ditch effort to smash west to the coast and force the Allies to agree to negotiated peace. It began in the early hours of Dec. 16th 1944. It caught the Allies by surprise and the authors examine the reasons for this and assess blame. But they also describe how in spite of being surprised, the American divisions fought back with courage and tenacity holding the advance. In addition, they chronicle with dramatic detail the ultimate defeat of the German offensive and a grinding battle that took a terrible toll on both sides.