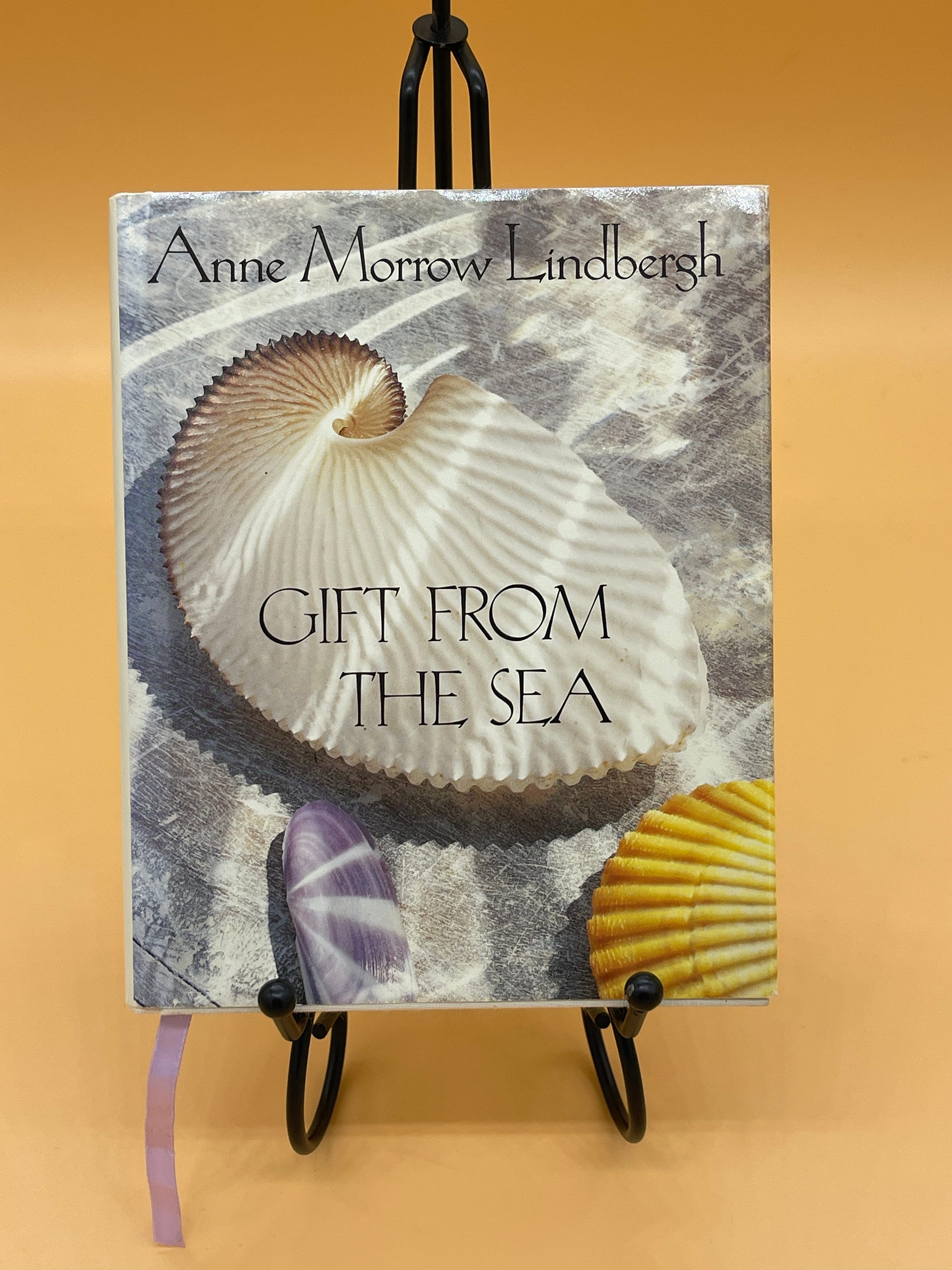 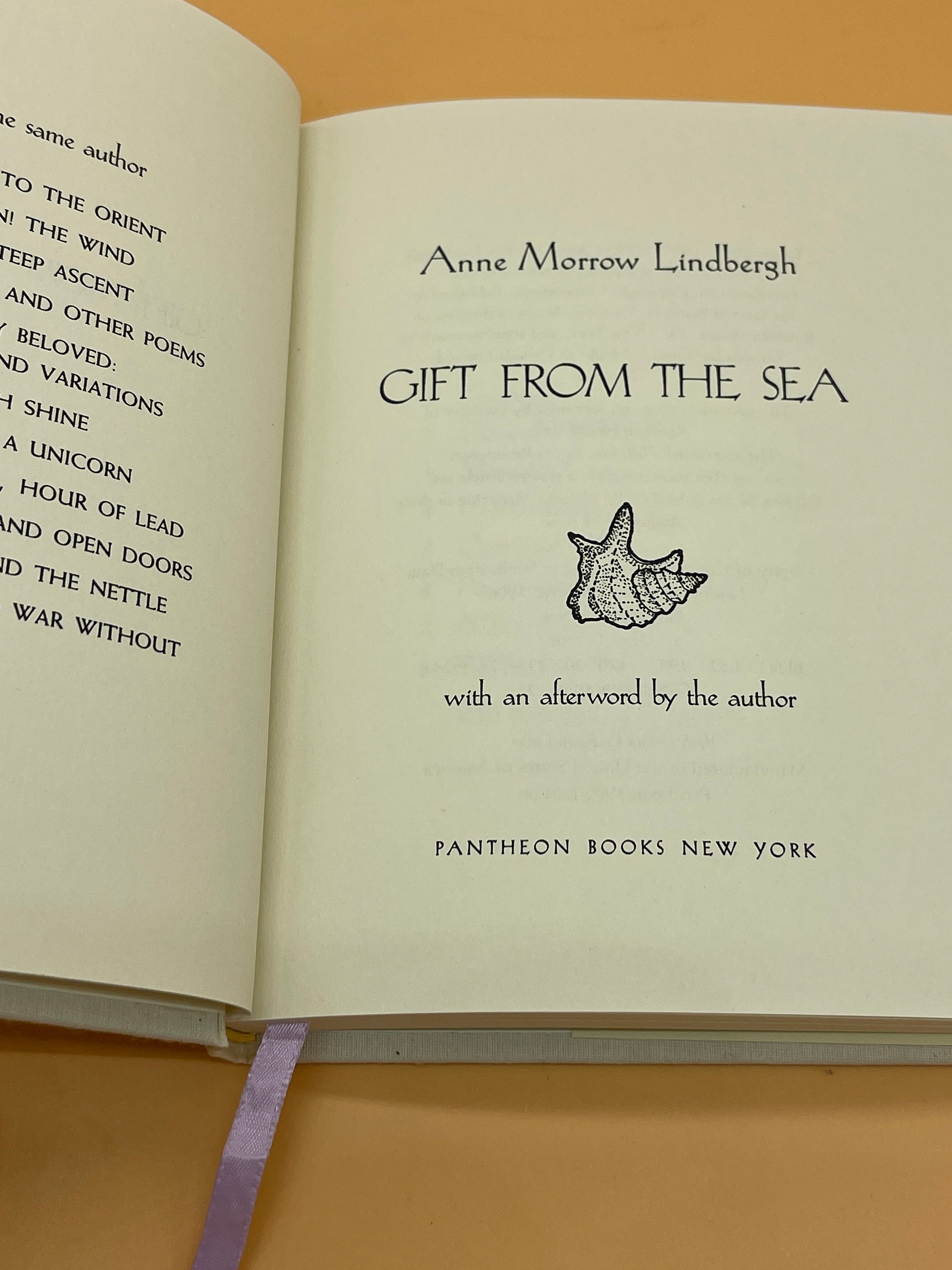 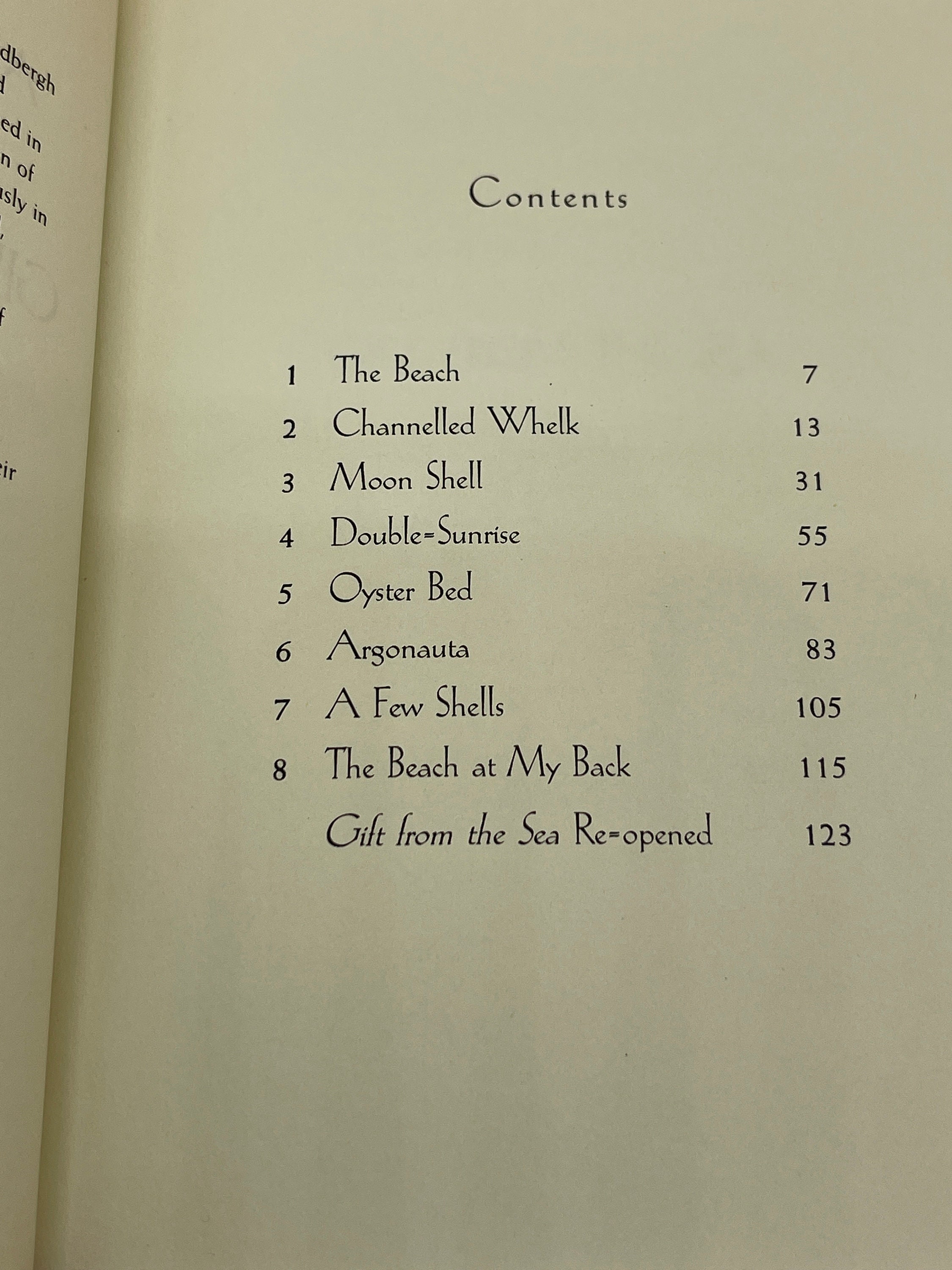 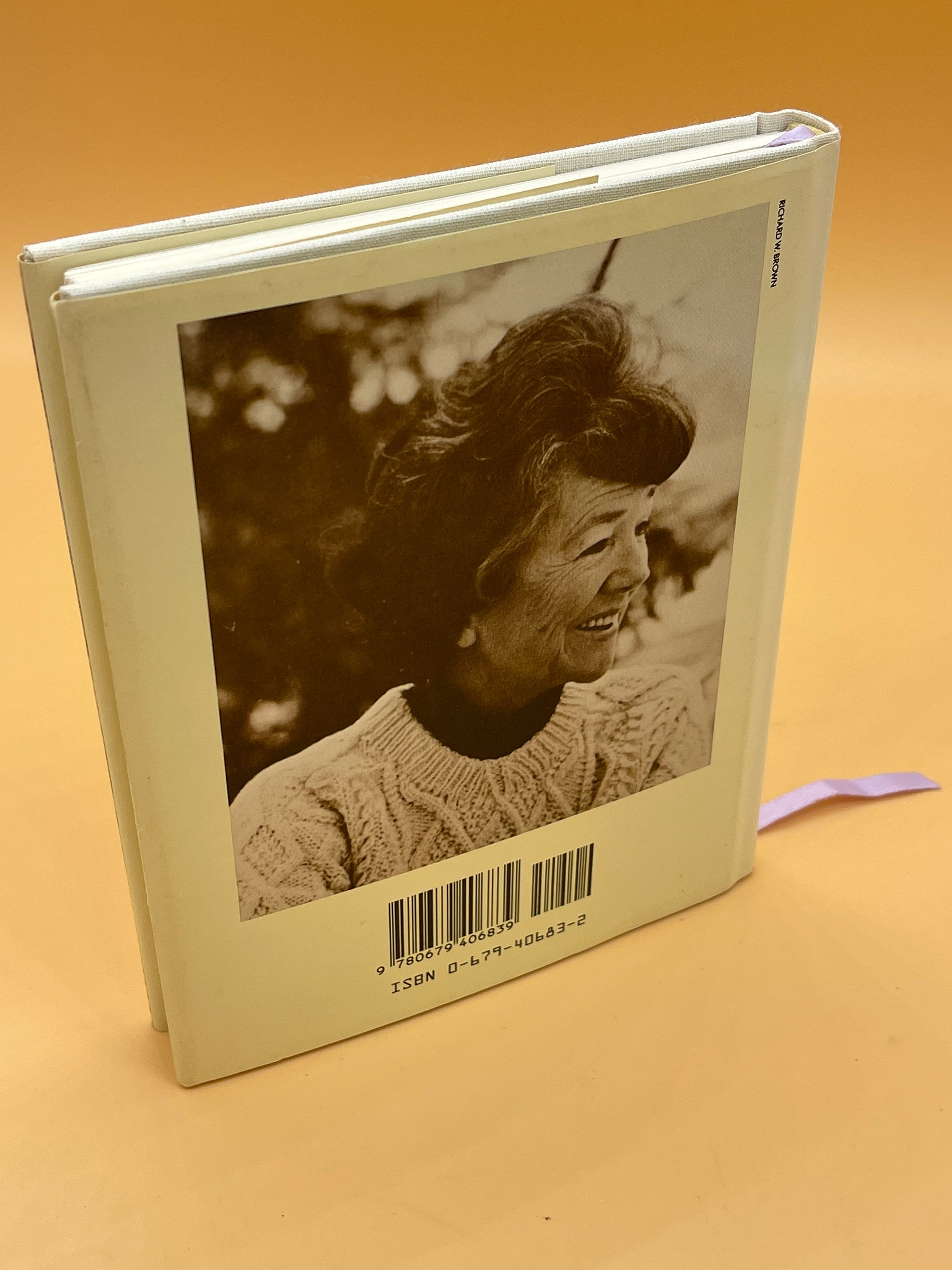 This is a near fine (almost like new) hardcover with dust jacket. 1992 Pantheon Books. This copy is crisp and clean inside and out. The pages are crisp, clean and free of markings. The binding is tight and straight. Attached silk lavender bookmark. Sand color linen hardcover boards under jacket are also near fine. The dust jacket is clean and shiny with only a hint of shelf wear. 12 mo size or 5" x 7" with 132 pages.

Originally published in 1955, this title has been reprinted numerous times, including a 2005 Anniversary Edition. the work was written while Lindbergh was on vacation in the early 1950's while visiting Captiva Island off the coast of Florida. She shares meditations on life, love, loss, peace and solitude.
The tragic death of the Lindbergh's first child forced them to move to Europe for privacy. When the war brought them back to America, they settled on the Connecticut coast where they lived quietly. After the remaining Lindbergh children left home, the couple traveled and spent several years on Hawaii before Charles Lindbergh's death in 1974.

Thank you for visiting Bobbis Bookstore and The Book Wizard!!