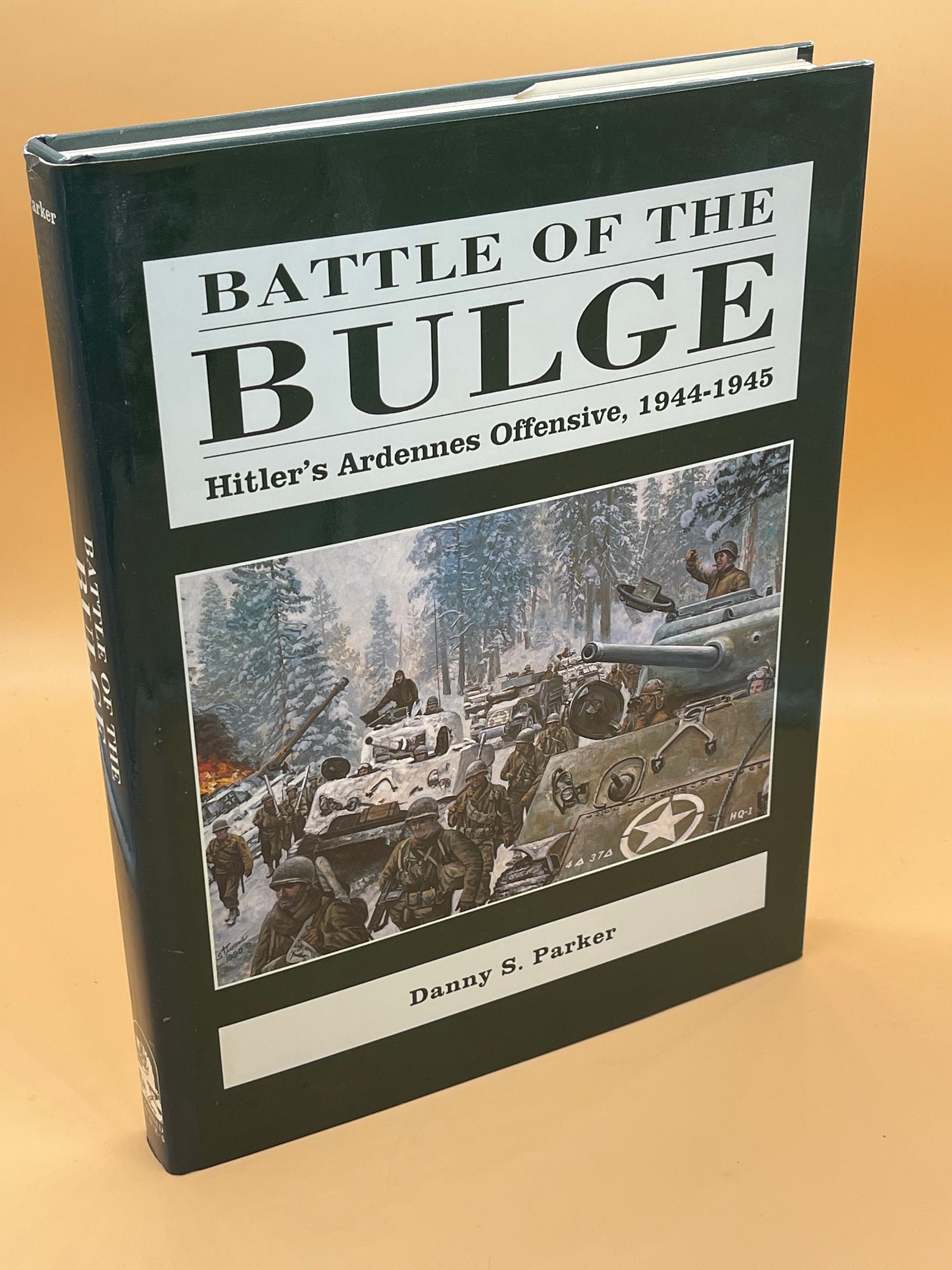 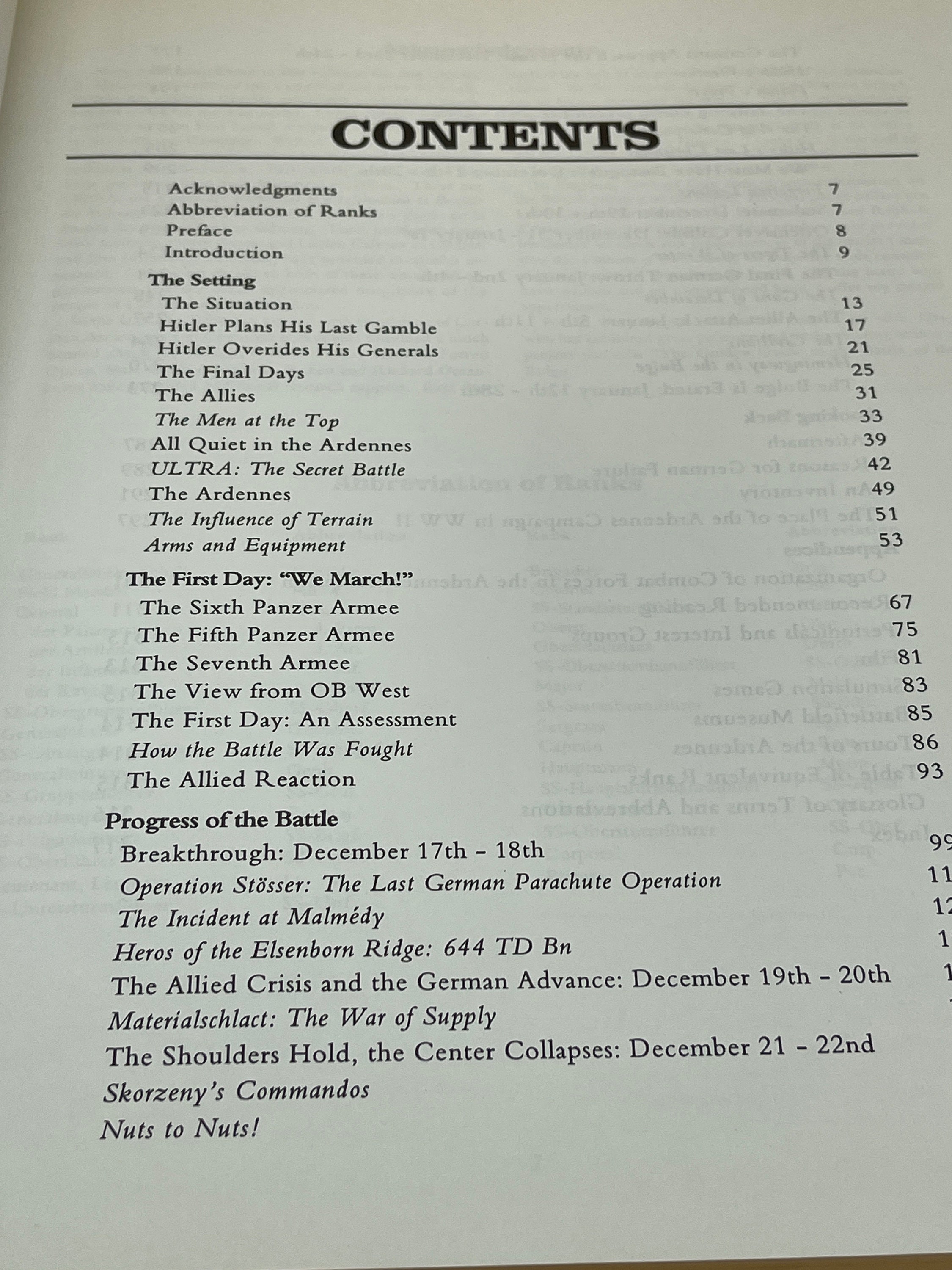 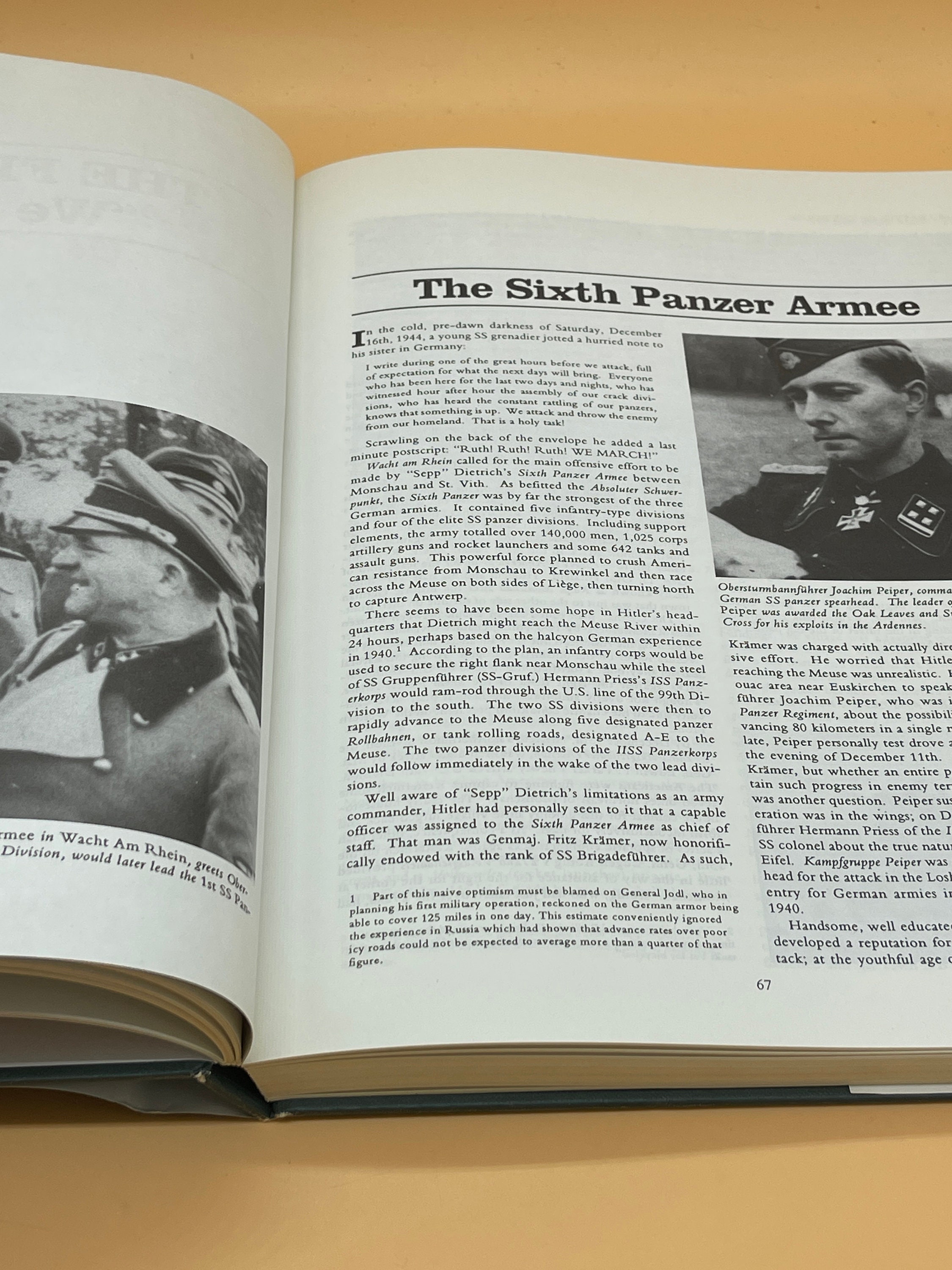 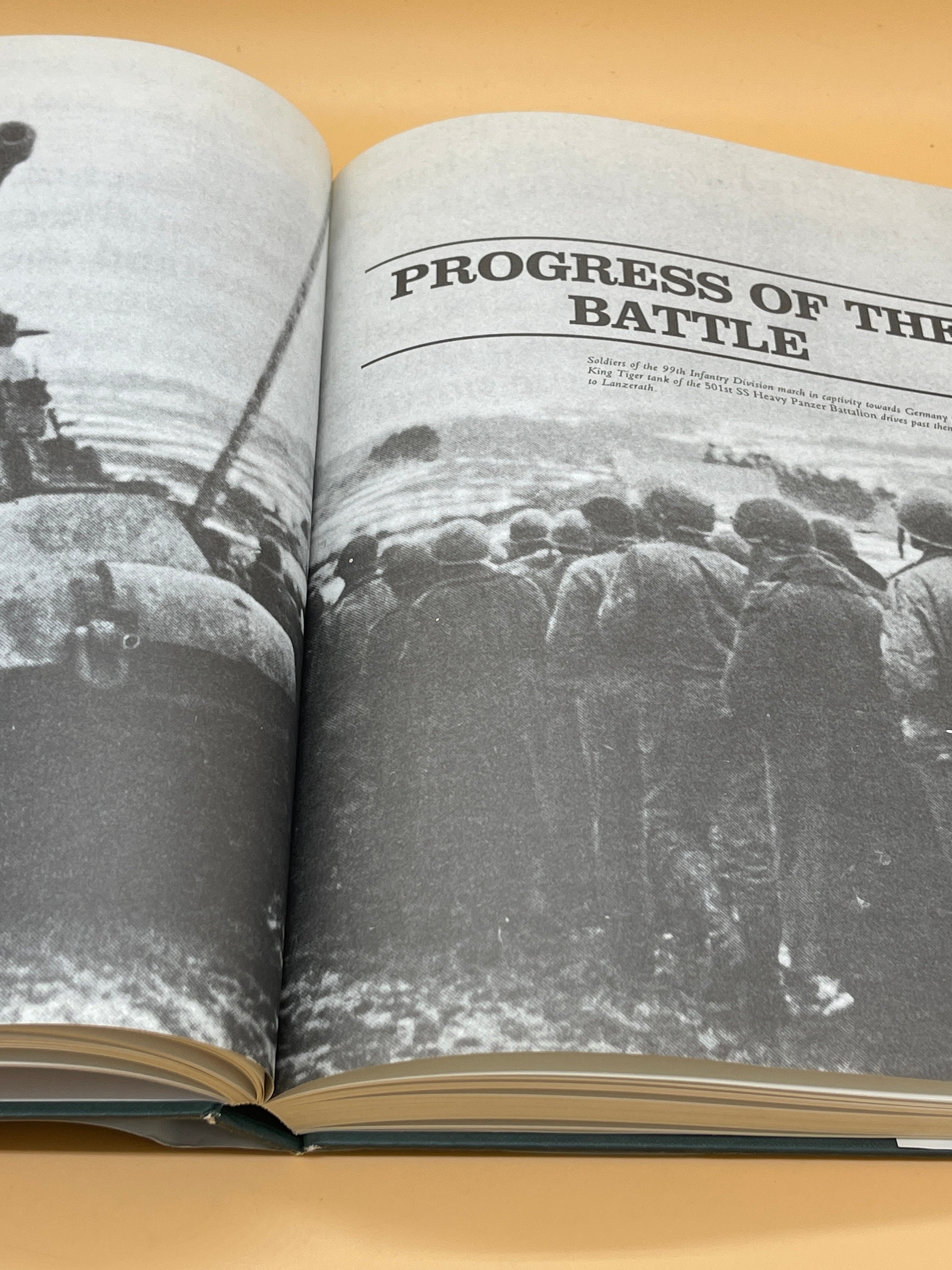 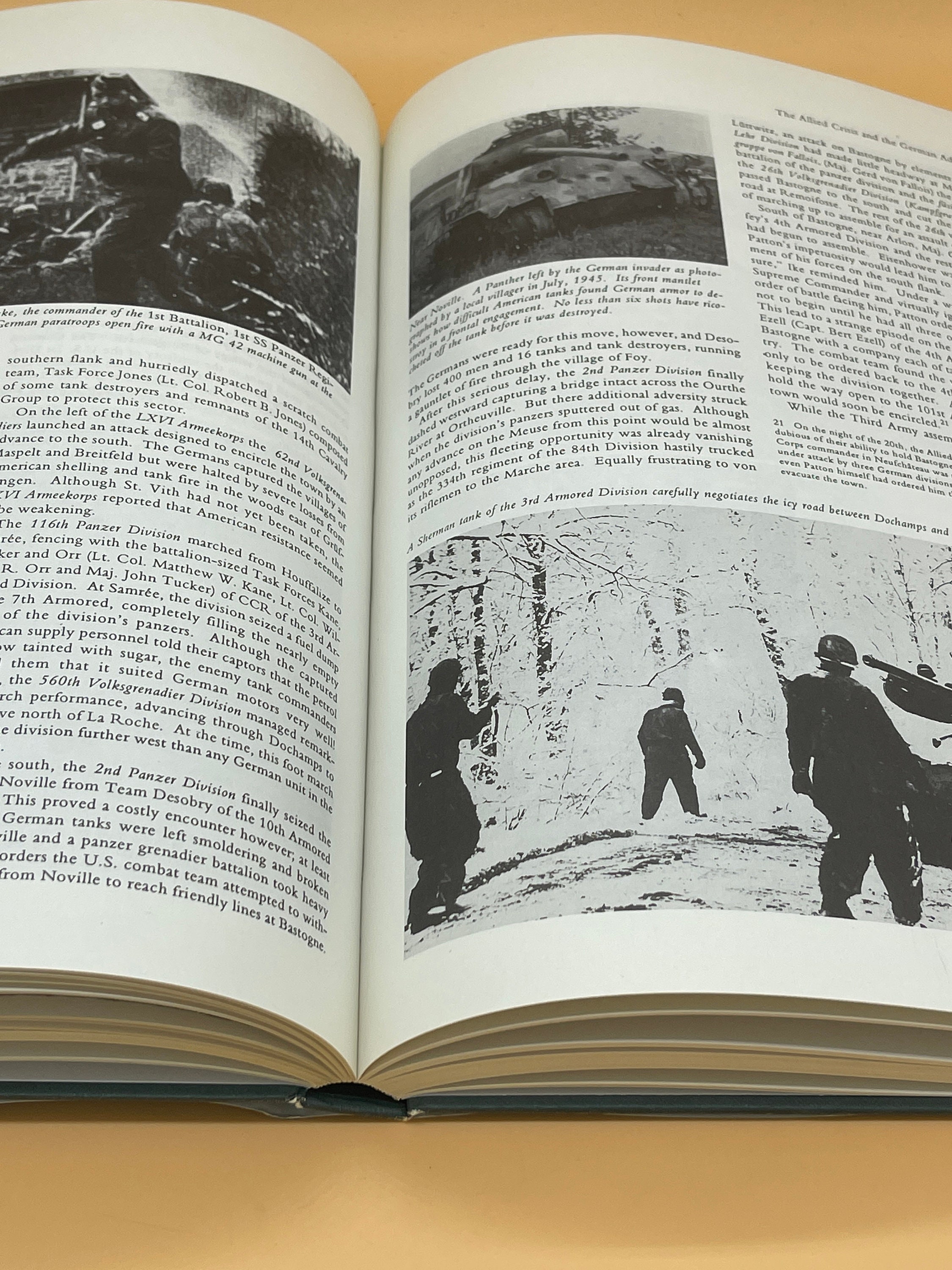 This is a near fine (almost like new) large hardcover with dust jacket. 1991 Combined Books Edition. This copy is crisp and clean inside and out. Pages are crisp, clean and free of markings. The binding is tight and straight. Olive green hardcover boards under jacket are also near fine. The dust jacket is clean and shiny with only a hint of shelf wear. This large hardcover is quarto size or 9" x 12" with 318 pages including index.

This military history book is detailed, well researched with maps and vintage photos throughout. Illustrated situation maps highlight front endpapersand back endpapers feature additional color situation maps.
On Dec. 16, 1944, Hitler launched his last desperate offensive of World War Two. It was his great gamble and became known as The Battle of The Bulge. On the verge of collapse with Russia advancing towards Germany and the Allies approaching from the West, Germany prepared for a comeback. The blow to the Allies was shocking and brutal but American and British forces recovered to smash the offense and deal a final blow to the crumbling German empire. With over 250 illustrations and engaging text and vintage photos, this book details the ordeal in fine historical presentation.