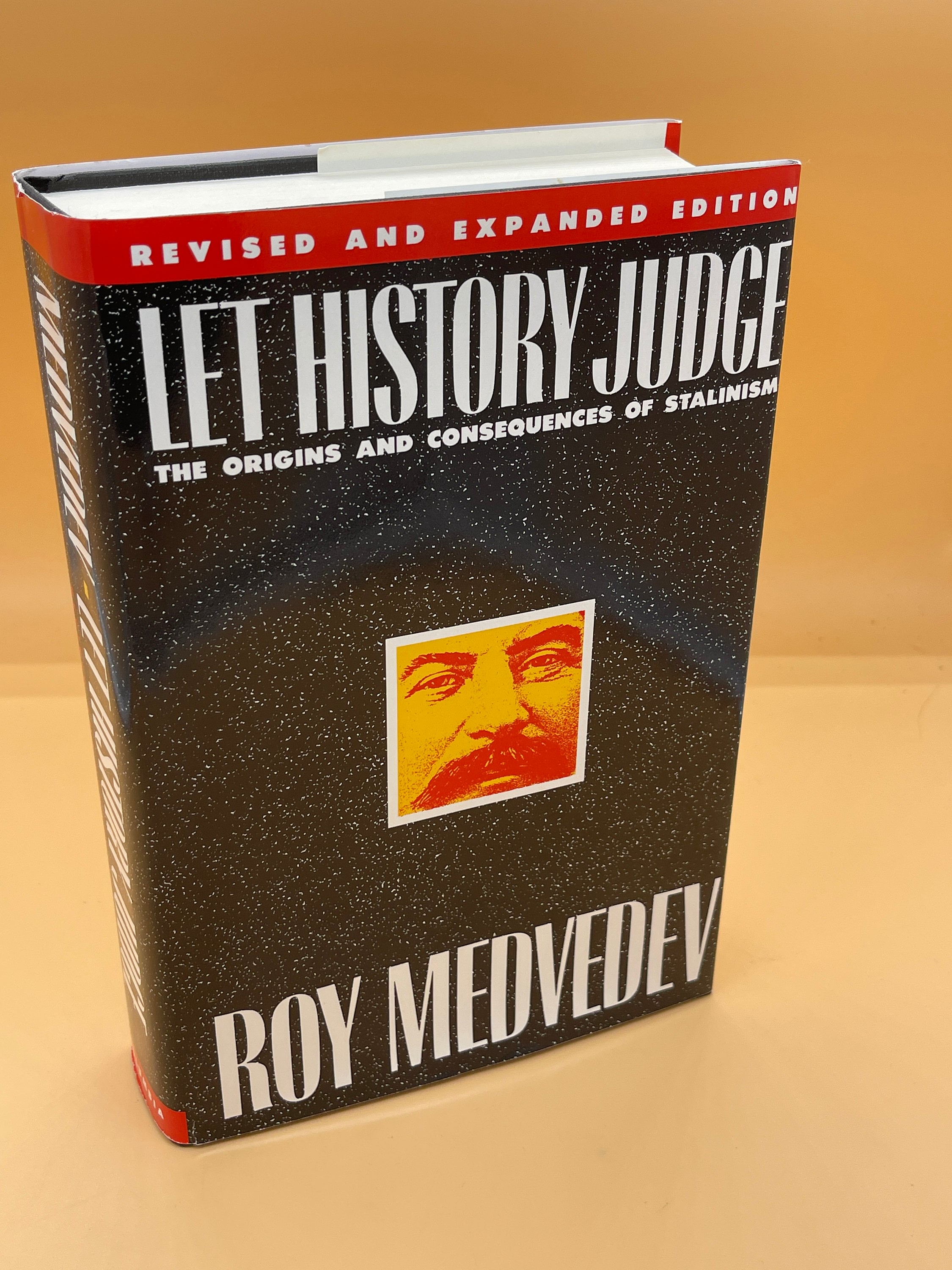 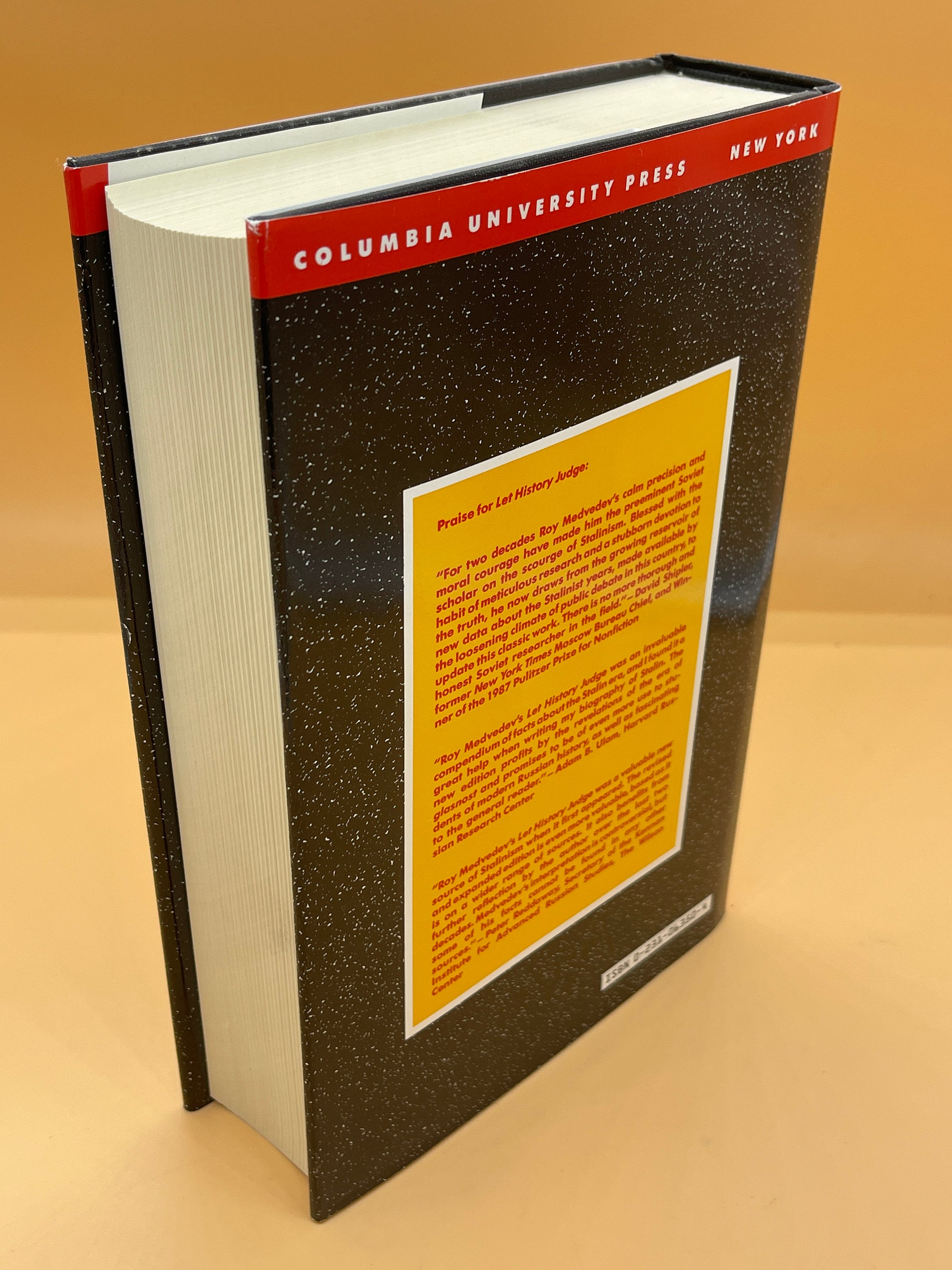 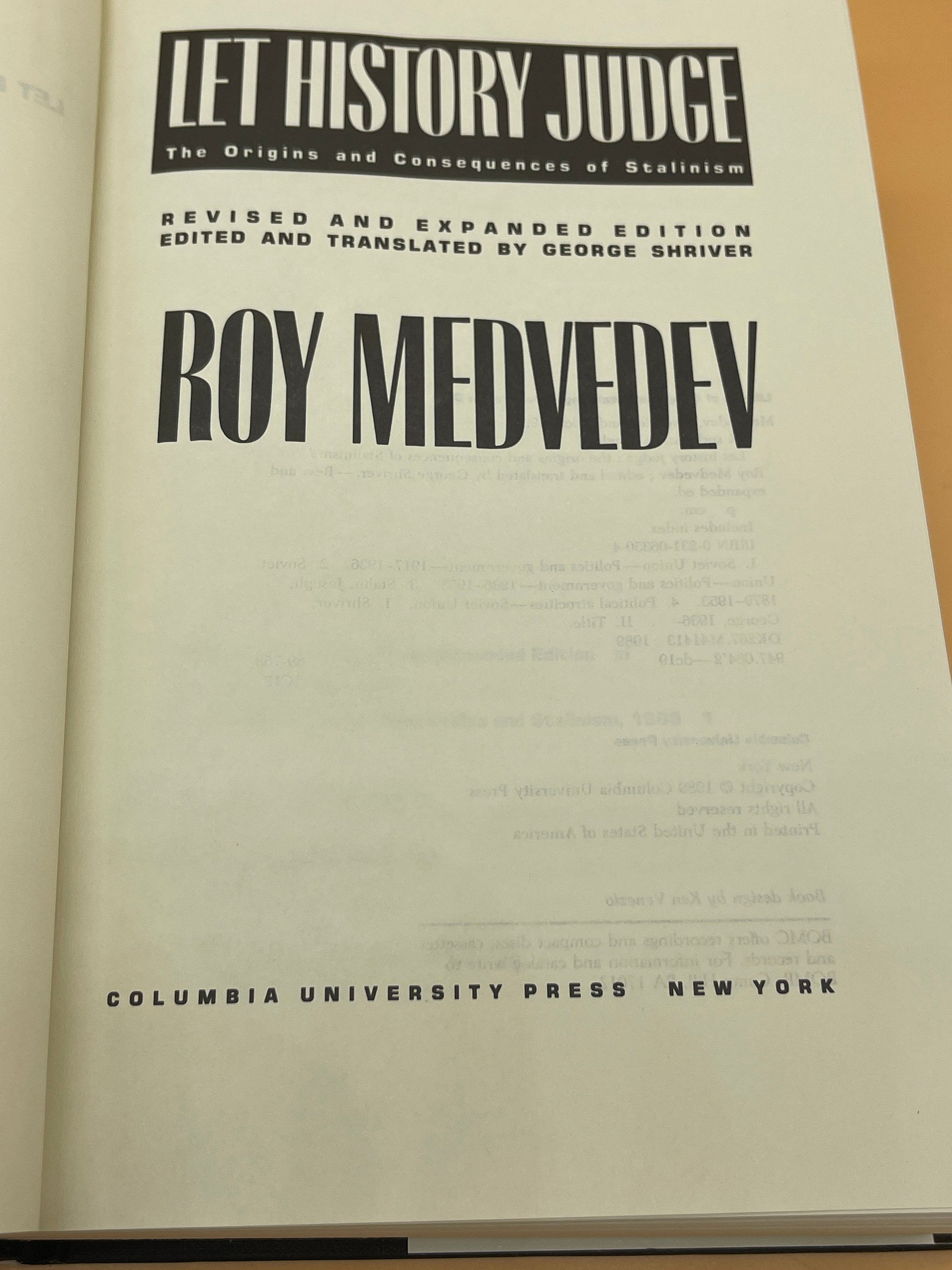 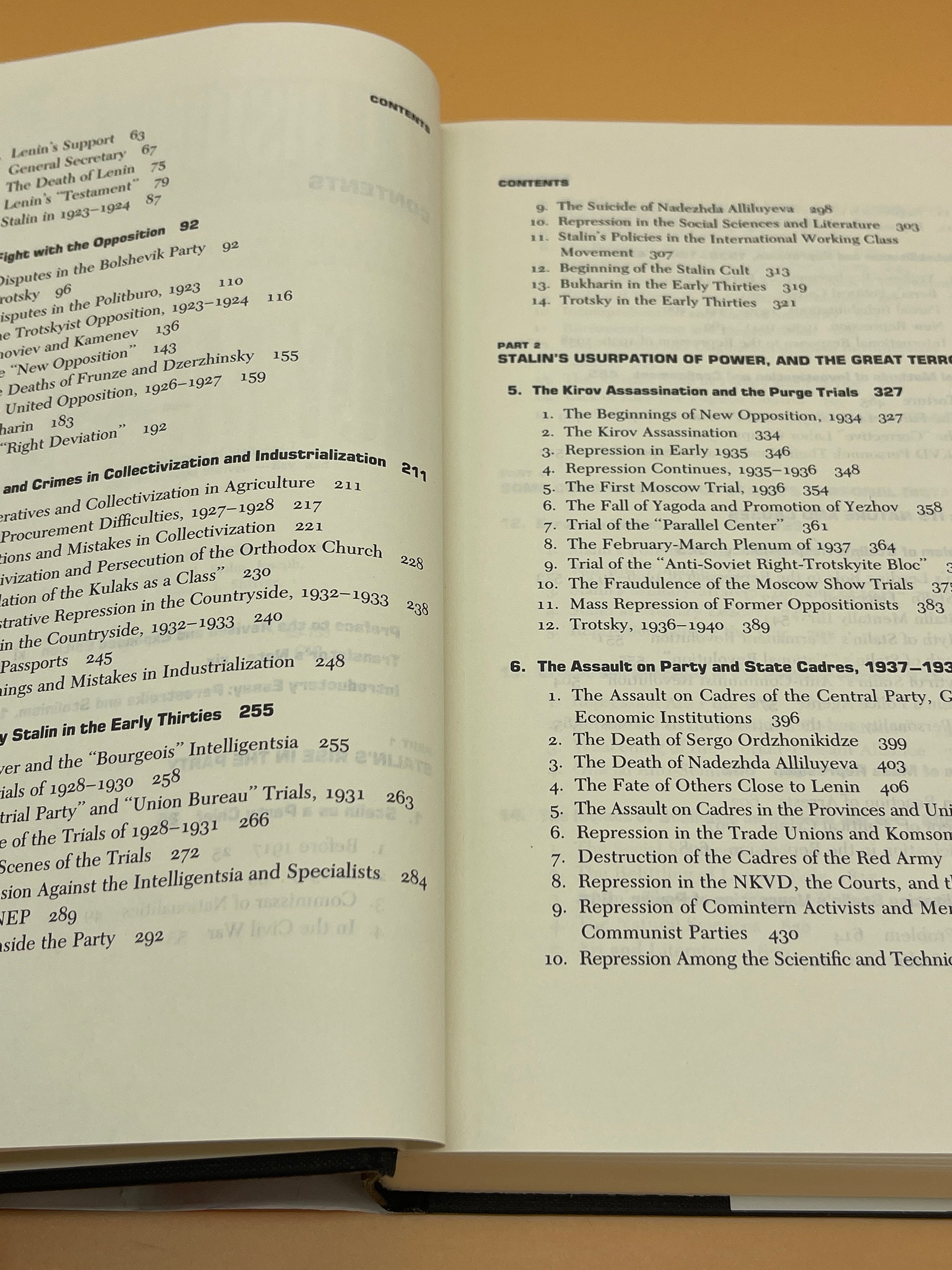 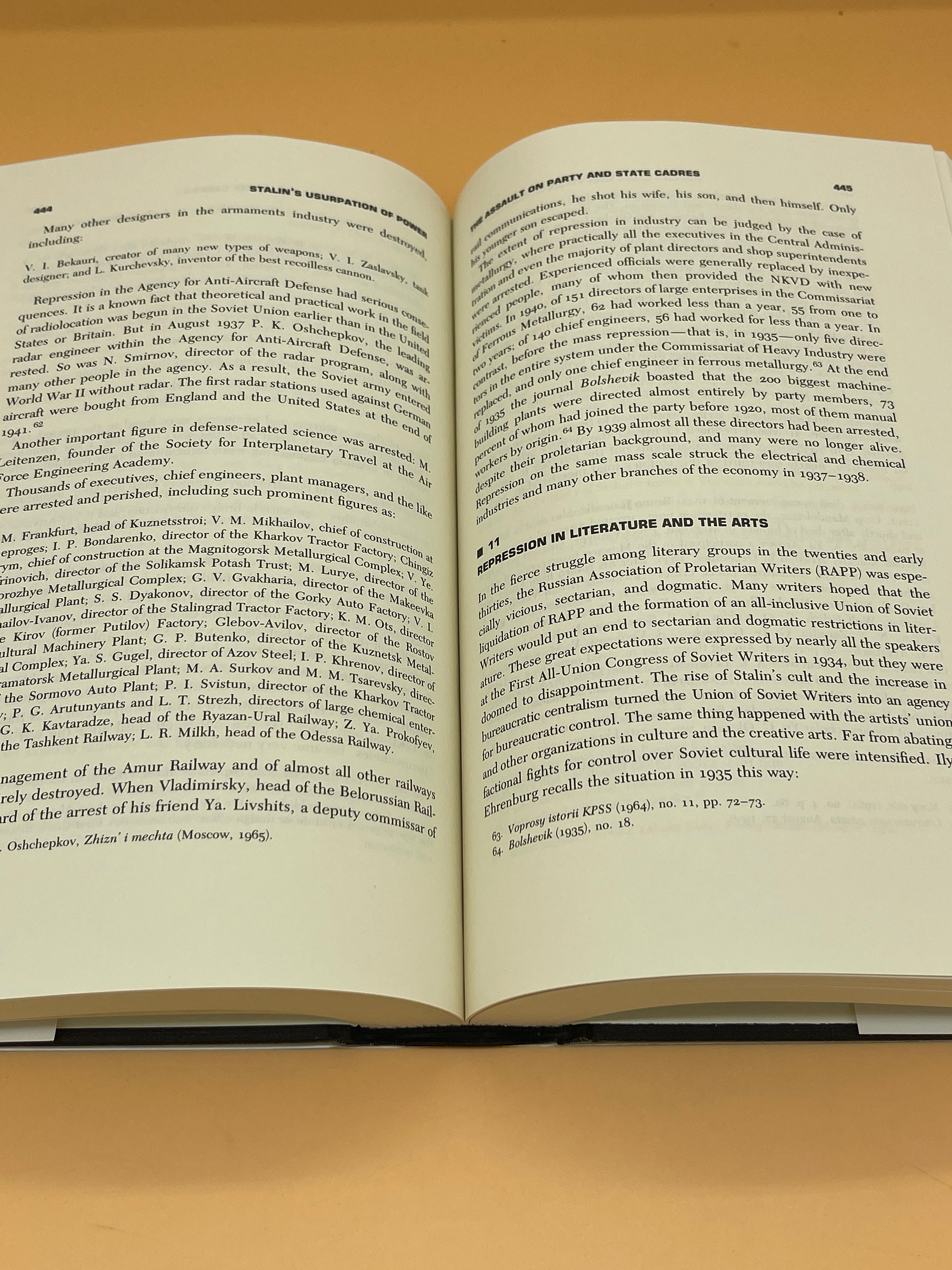 This is a near fine (almost like new) hardcover with dust jacket. 1989 Columbia University Press revised and expanded edition. This copy is crisp and clean inside and out. The pages are crisp, clean and free of markings. The binding is tight and straight. Black hardcover boards under jacket are also near fine. Dust jacket clean and shiny with only a hint of shelf wear. Royal octavo size or 6.5" x 10" with 903 pages including index.

The most comprehensive and revealing investigation of Stalinism and political developments in the Soviet Union, this book is an extensively revised and expanded edition of the classic work. Soviet historian Roy Medvedev, under constant surveillance and harassment, has compiled this enlarged edition during a time of great change for the Soviet Union. Attempts to preserve Stalinism by conservative leaders like Brezhnev have failed and more progressive leaders sought to demolish the Stalinism system. The book contains material on the purges in 1929-1931 and the terror against the peasantry, the Kirov assassination, and the "great terror" 1936-38 which caused such damage it left the Soviet Union vulnerable to Hitler's attack in 1941. The book also contains information on Stalin's mistakes during the war and chronicles new purges from 1946-53. First published in 1971, this expanded edition contains interviews and memoirs that came forth subsequently.