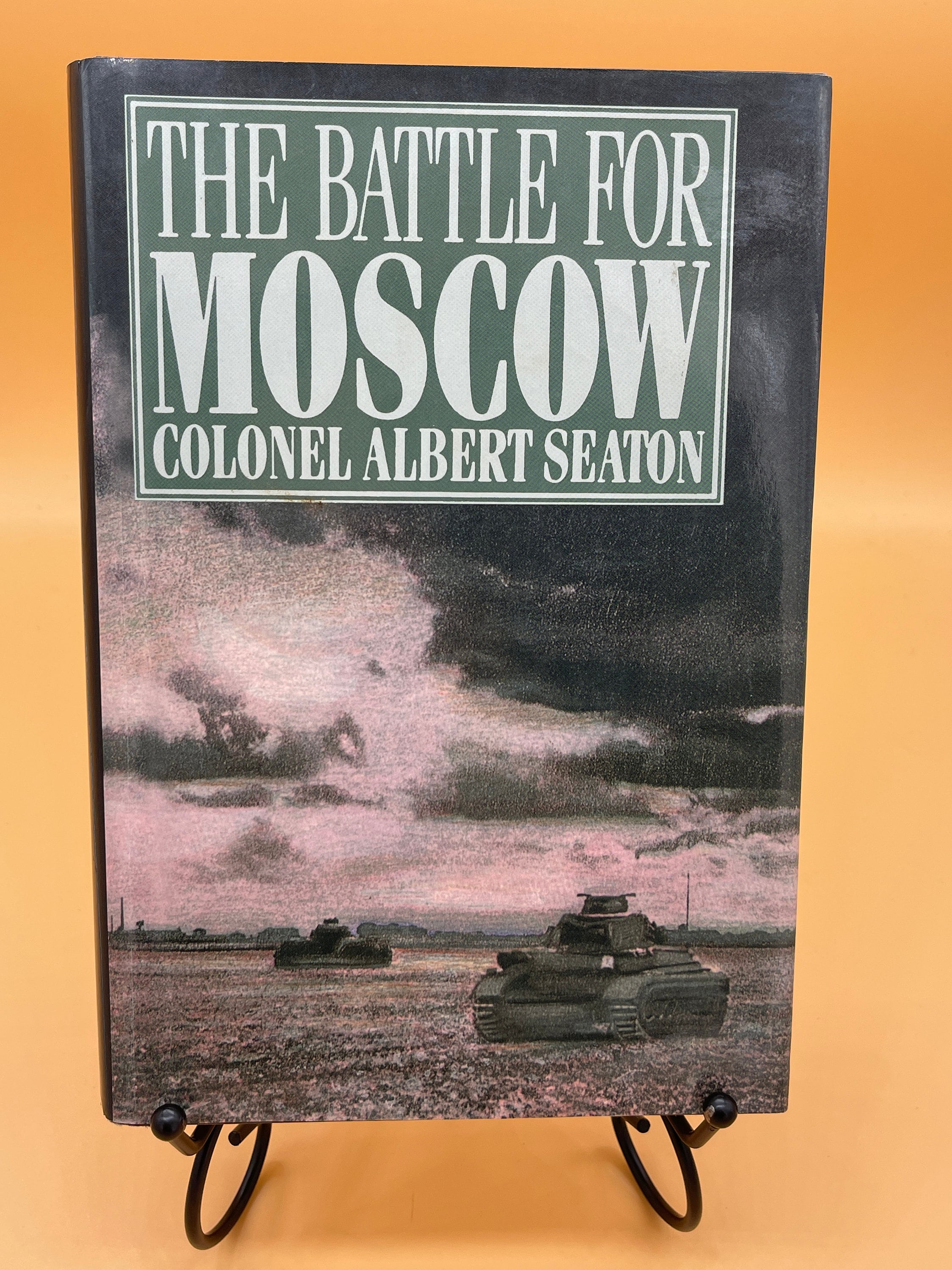 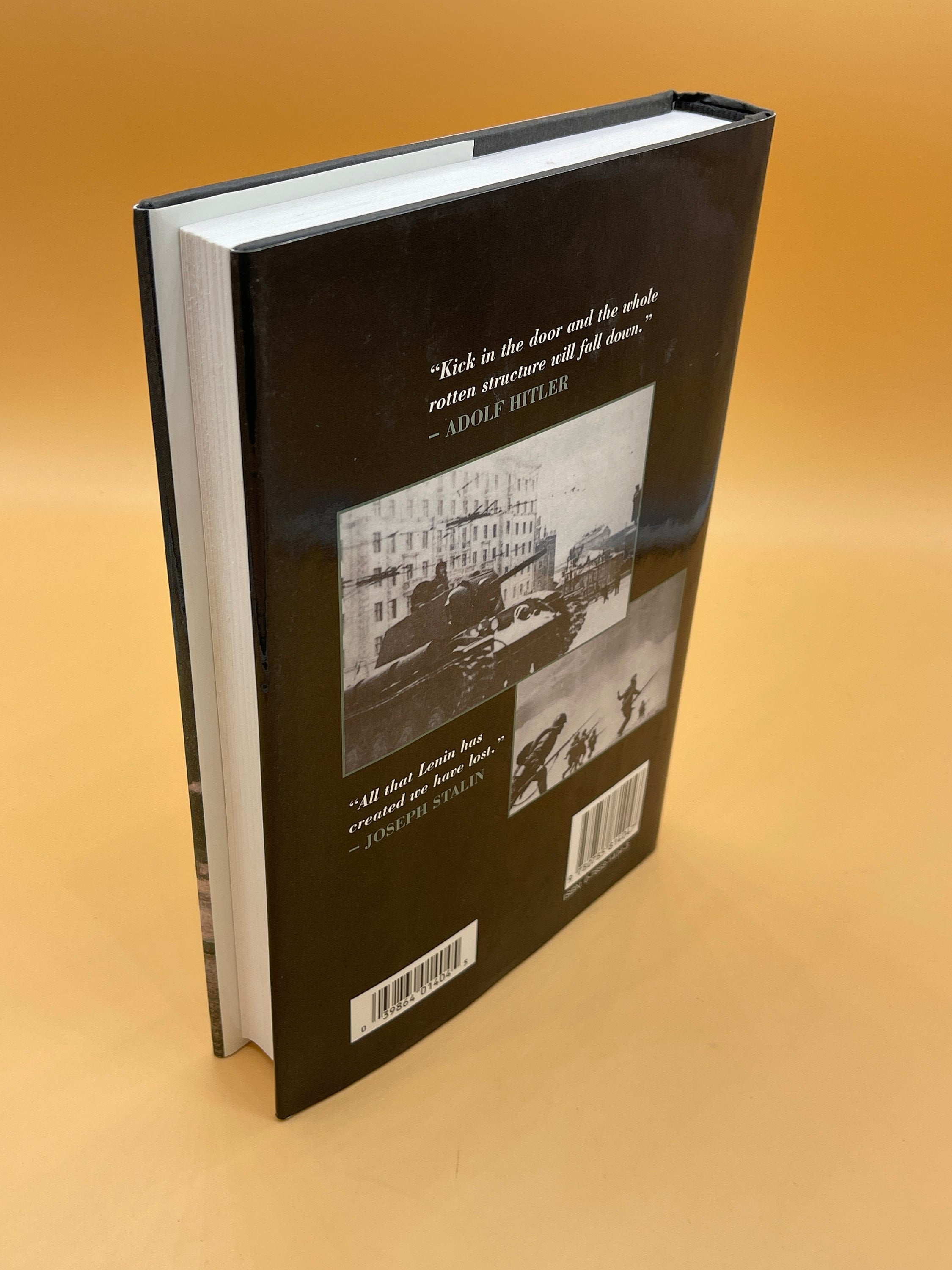 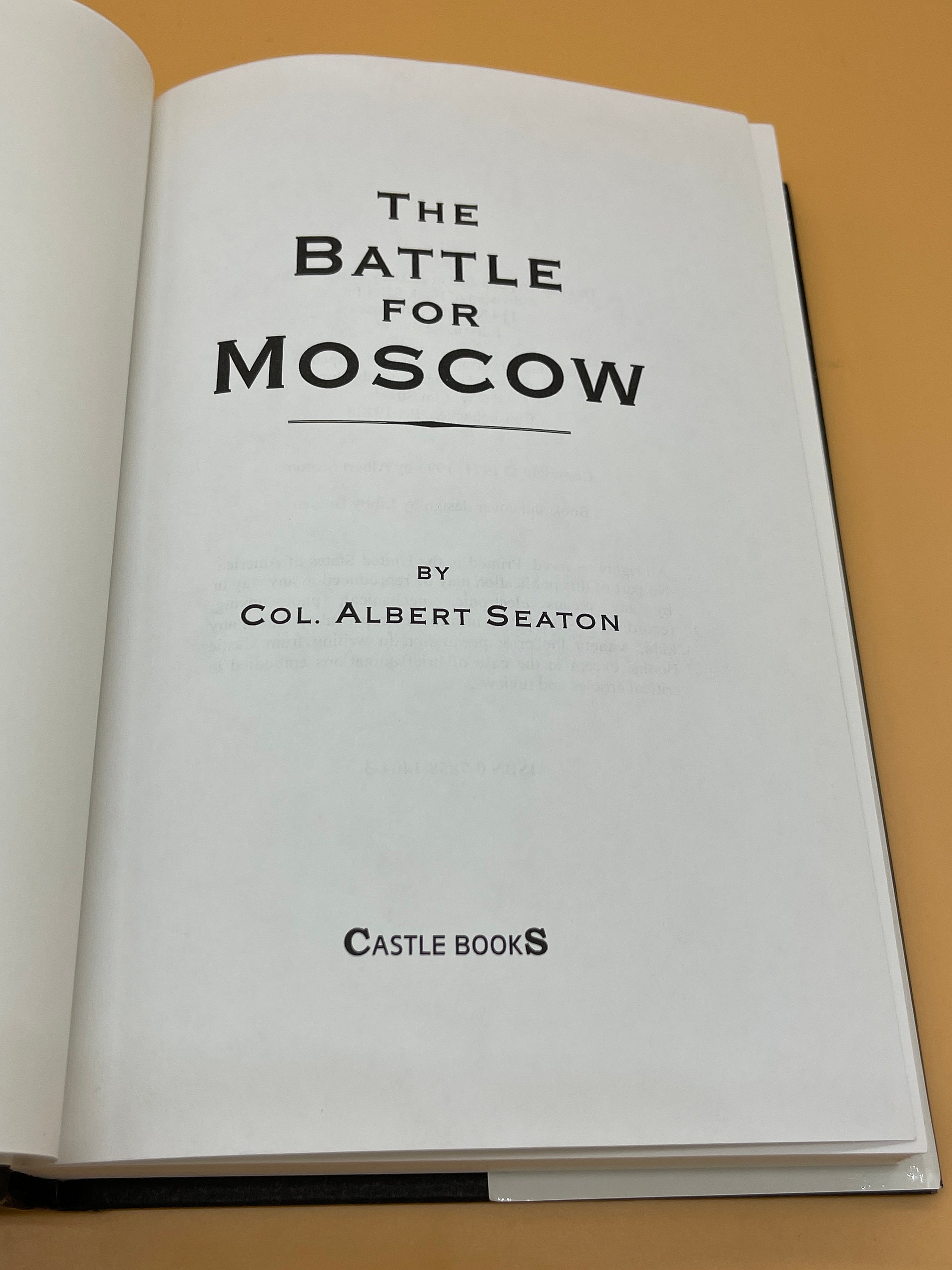 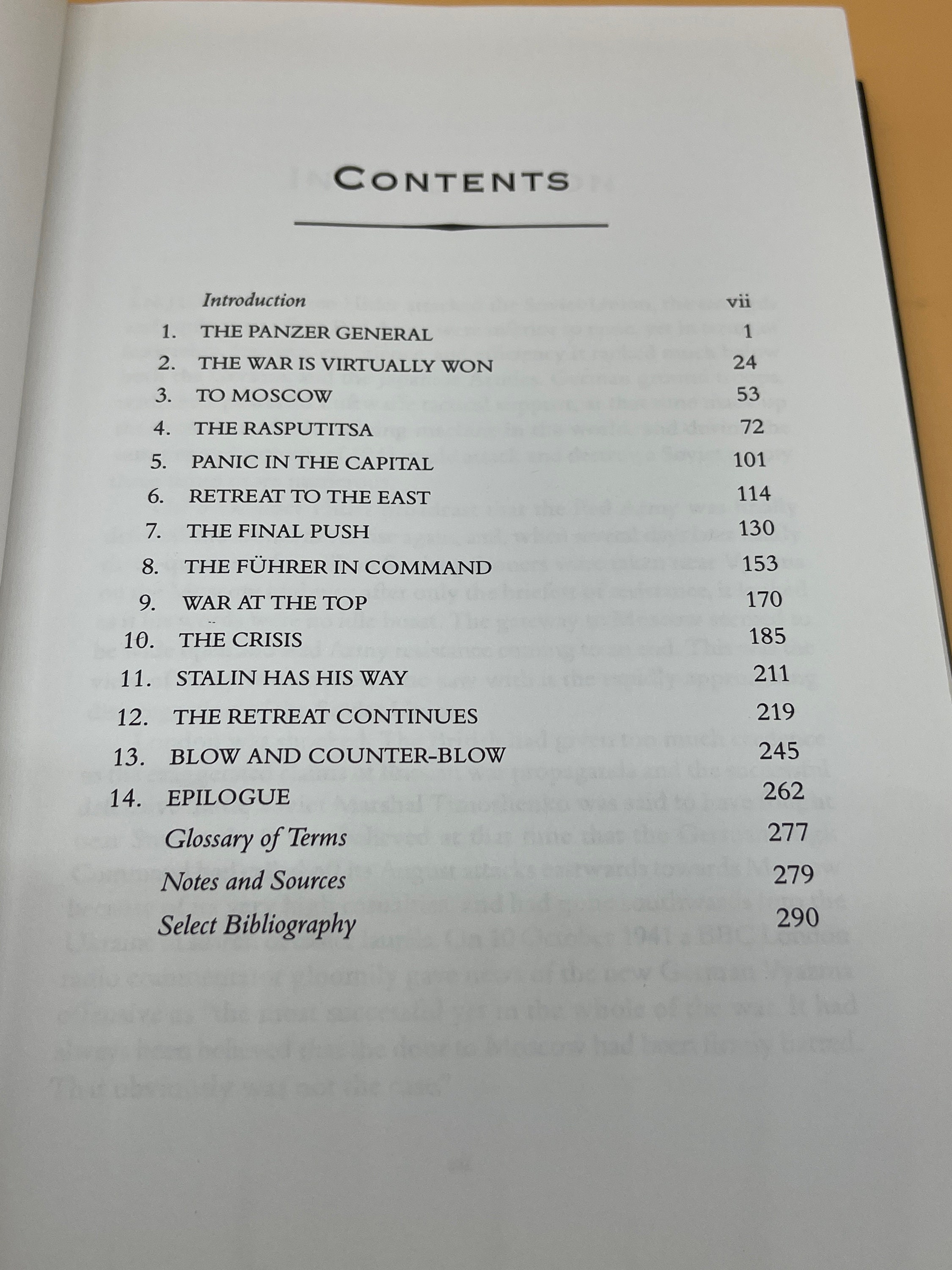 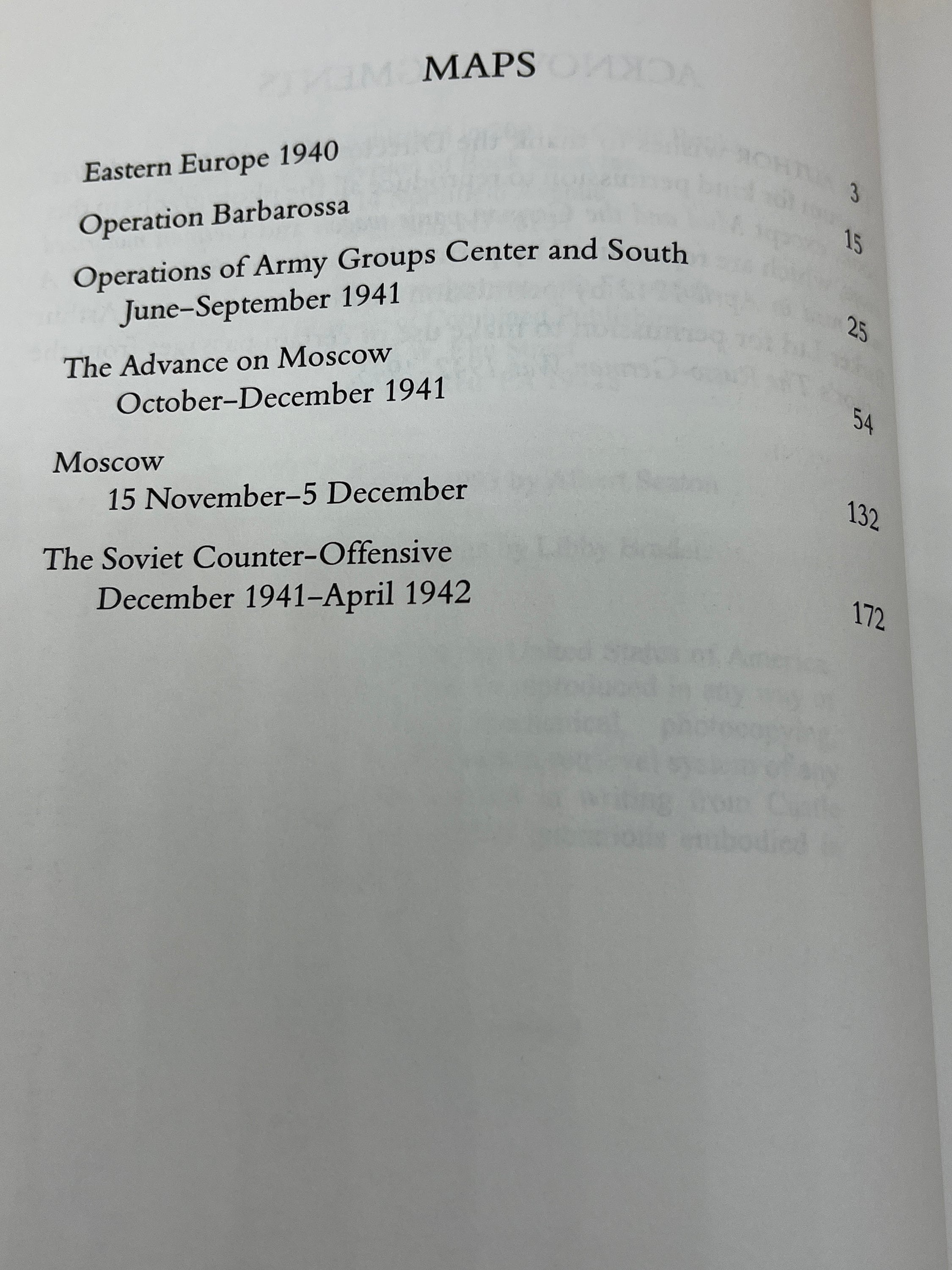 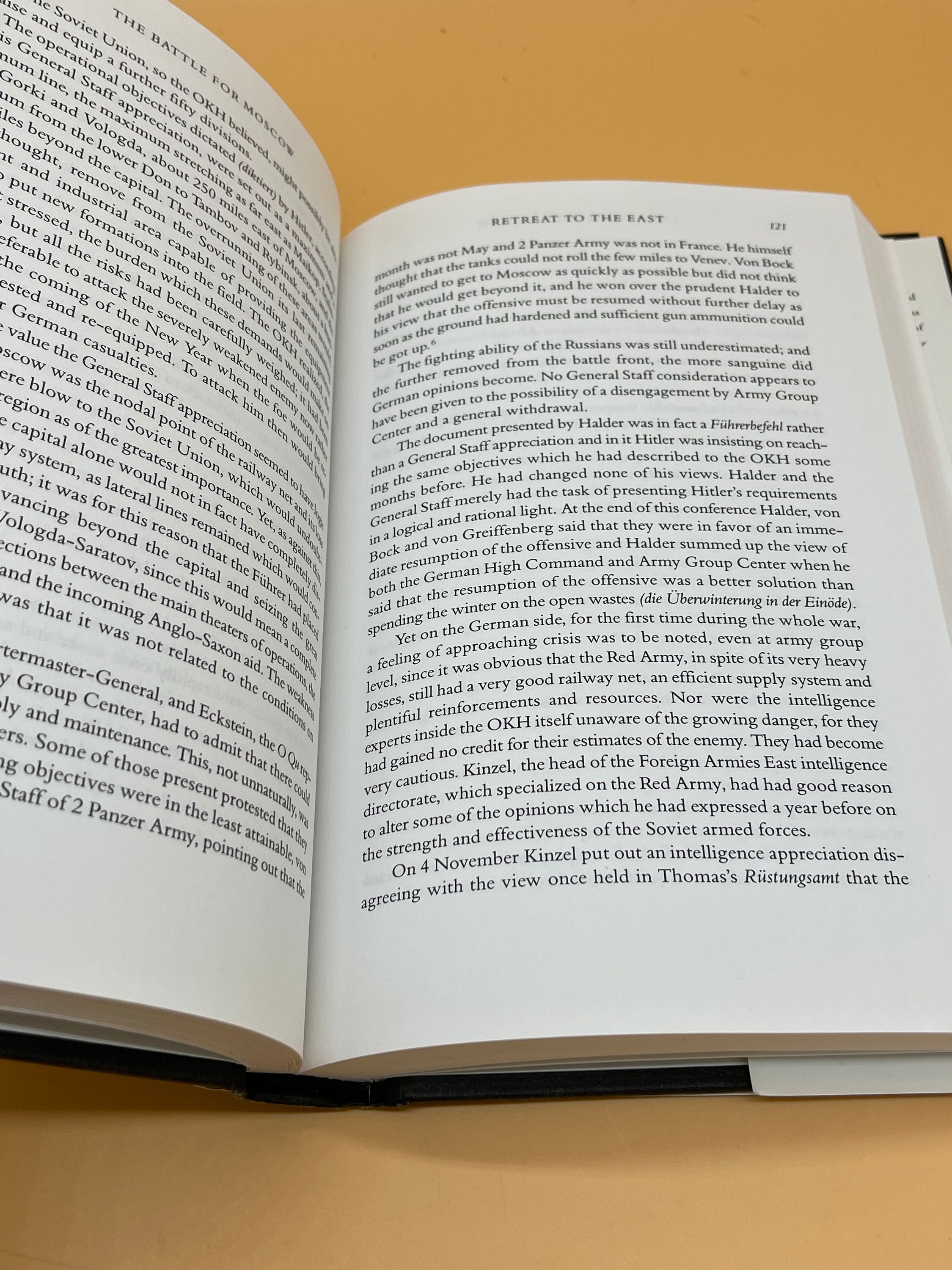 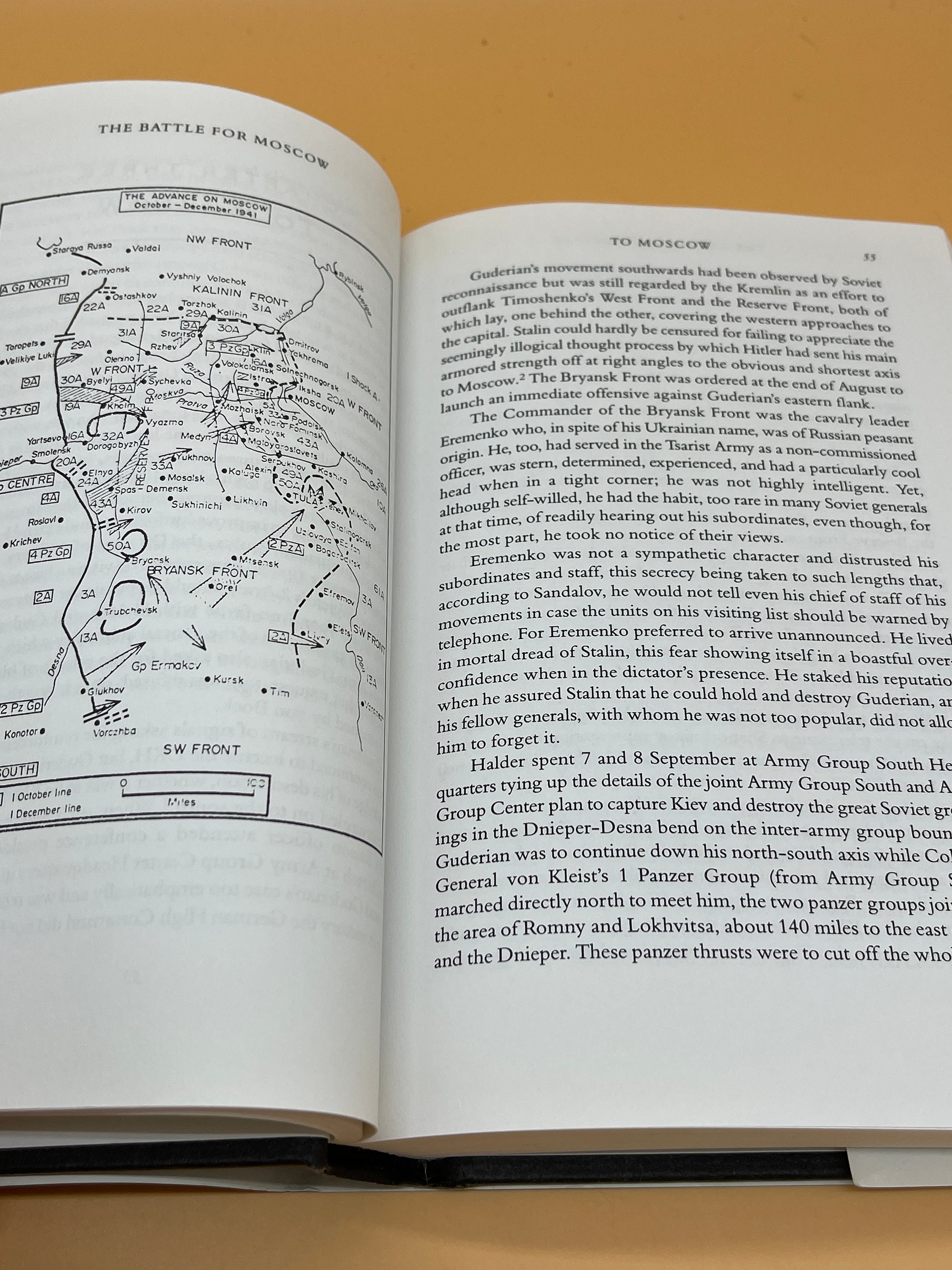 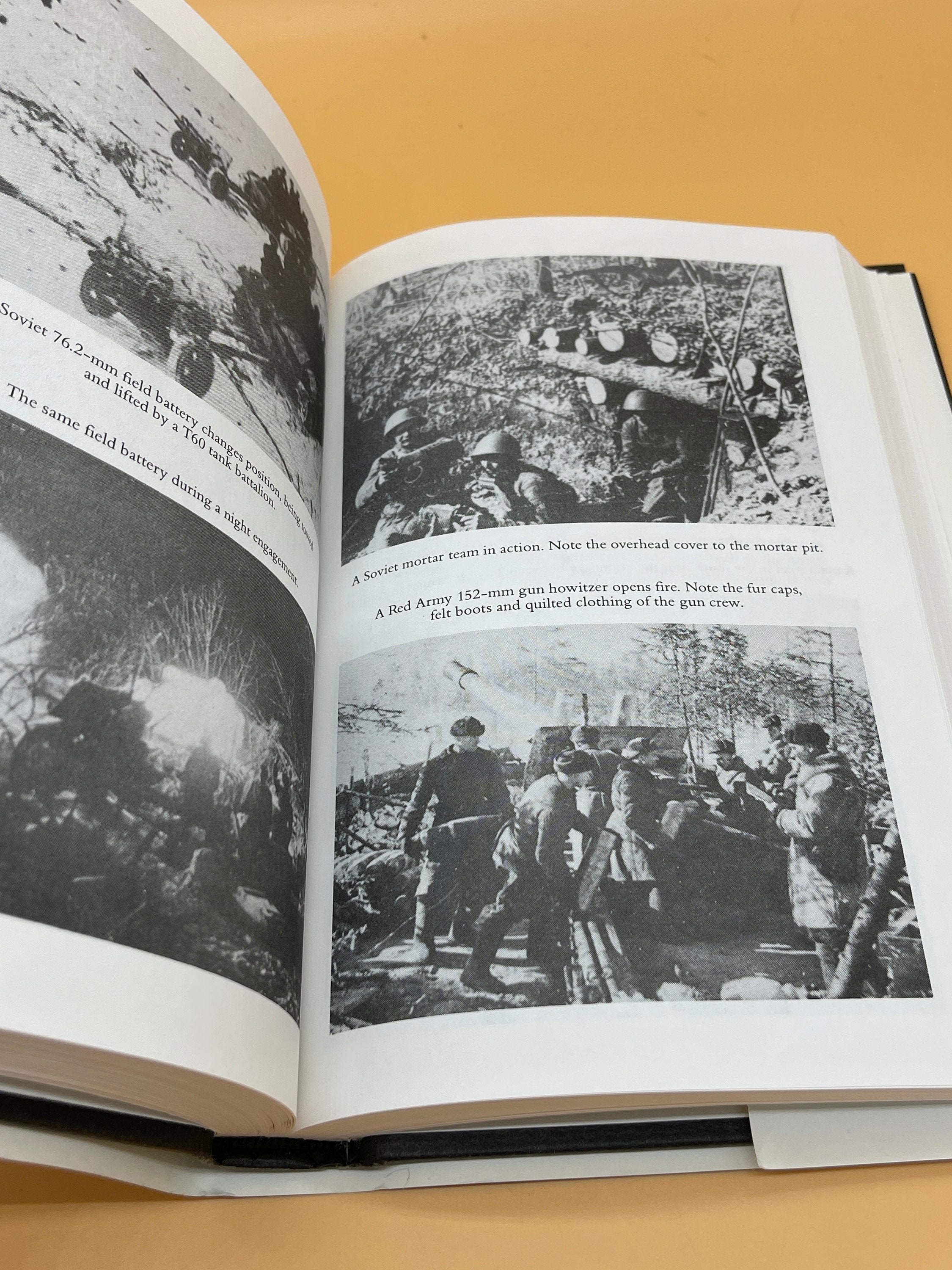 This is a near fine (almost like new) hardcover with dust jacket. 1993 Castle Books. This copy is crisp and clean inside and out. The pages are crisp, clean and only mark seen is inventory stamp of KL neatly place on first blank page. The binding is tight and straight. Black hardcover boards under jacket are like new. The dust jacket is clean and shiny with only a hint of shelf wear. Medium octavo size or 6" x 9.5" with 294 pages including index.

When Germany invaded the Soviet Union in June 1941, it seemed as though the hoped and fears of both dictators were correct. Entire Soviet armies disintegrated before the military skill of the Germans. Three million prisoners were taken in the first 6 weeks. By early Oct., the Germans were on open road to Moscow and the Soviet Government had already began to evacuate. Climactic battles have changed the course of history but none more so than when Stalin's Soviet Union rallied to stave off Hitler's armies in the Battle for Moscow.