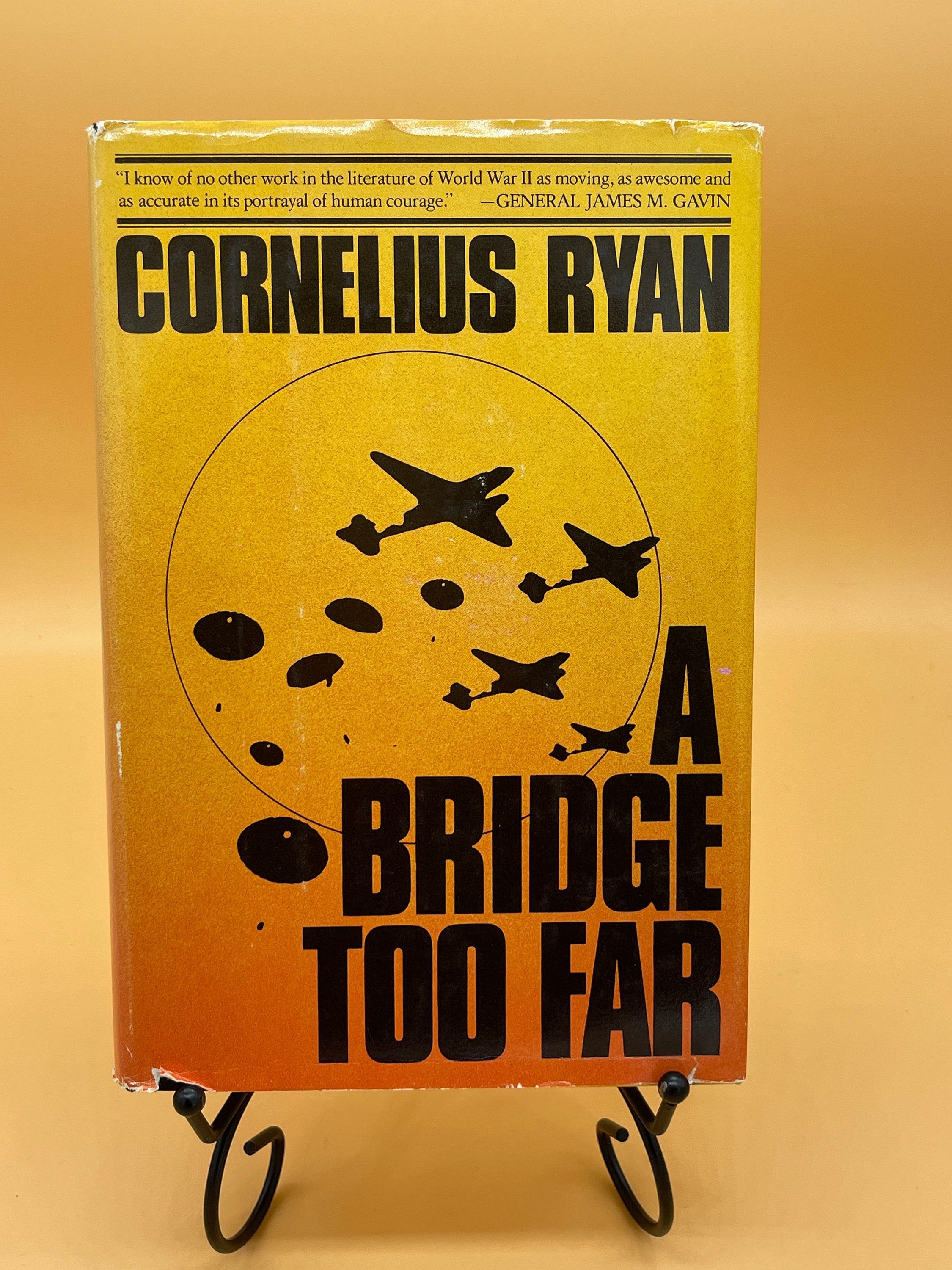 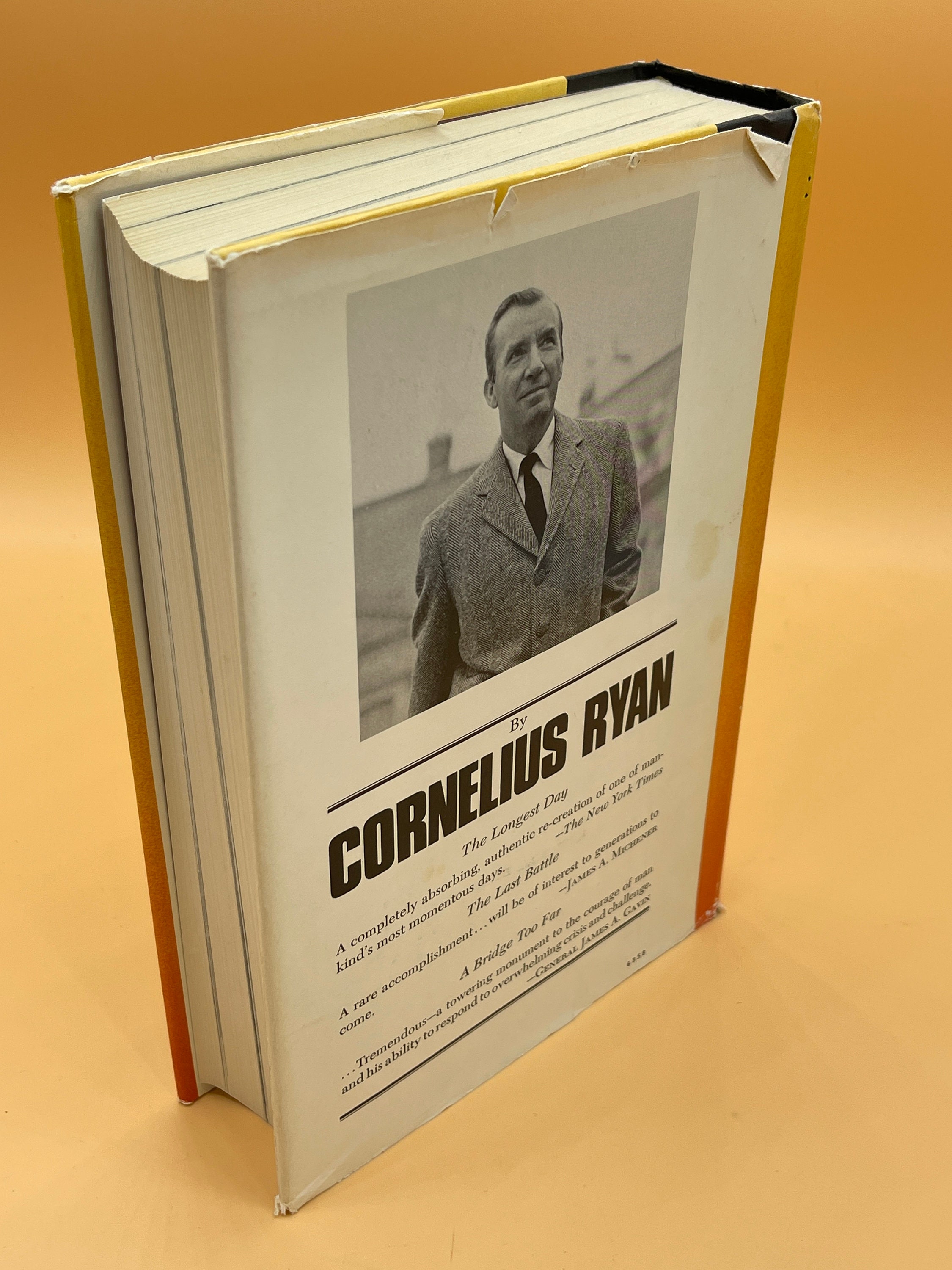 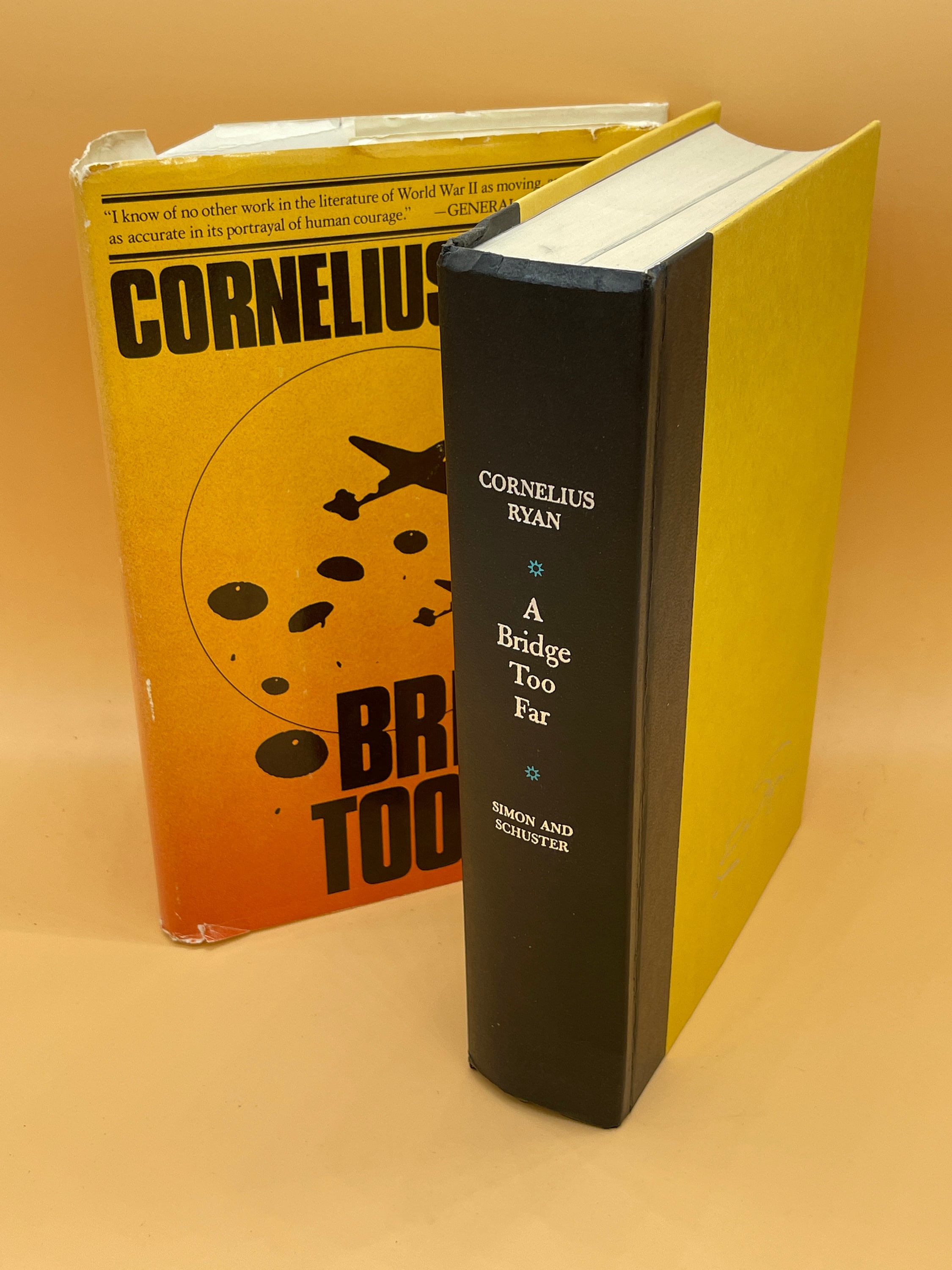 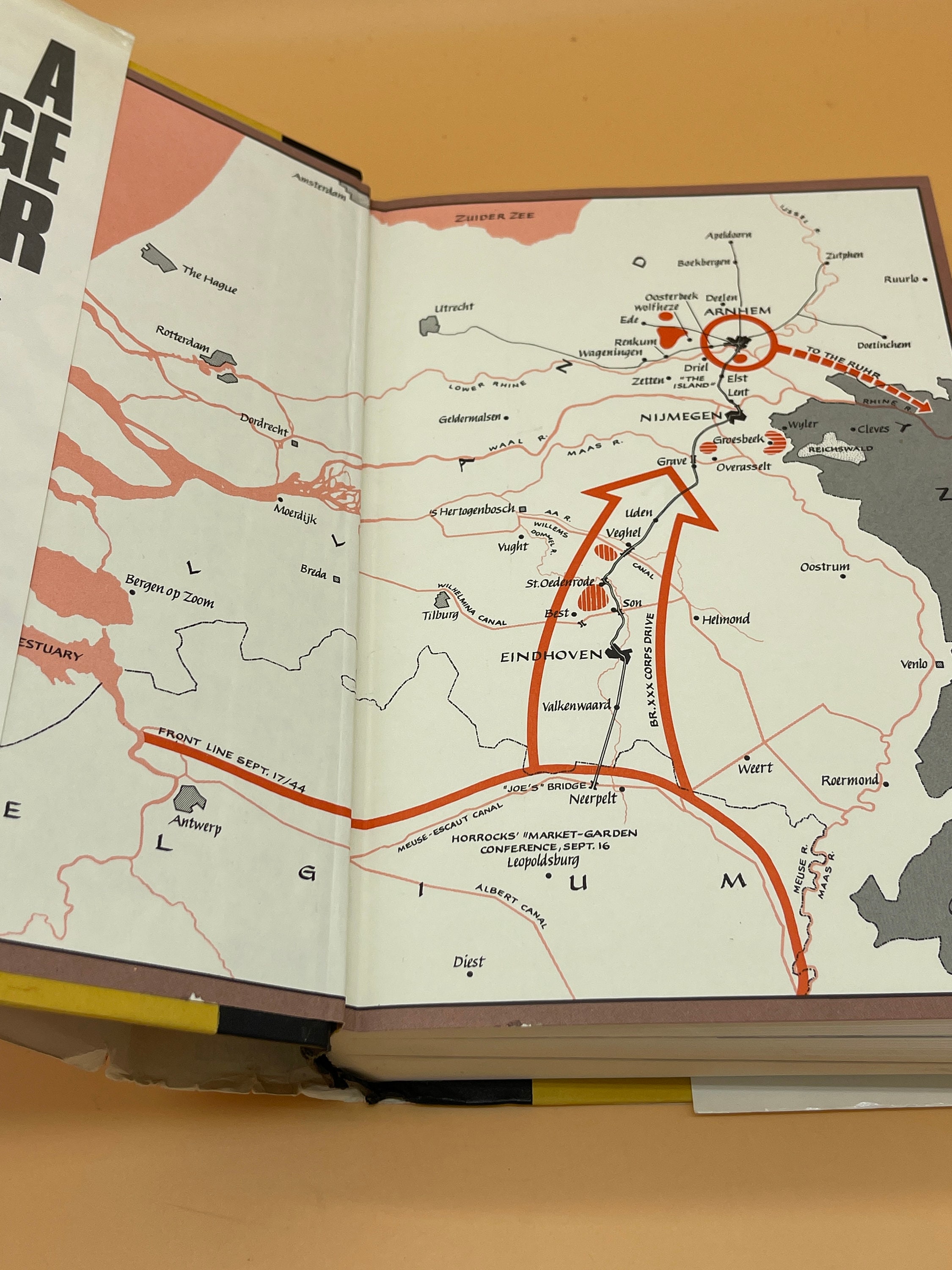 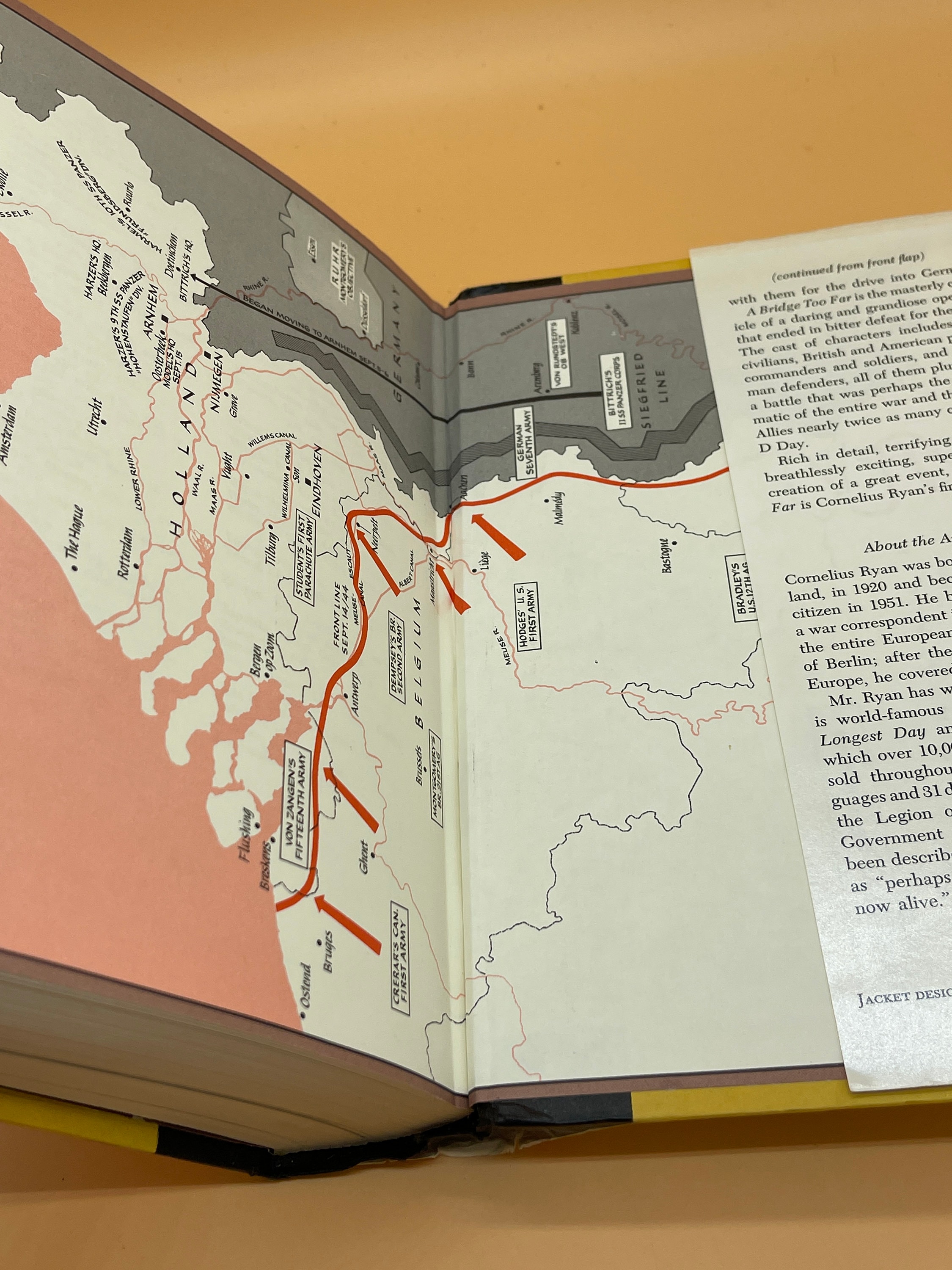 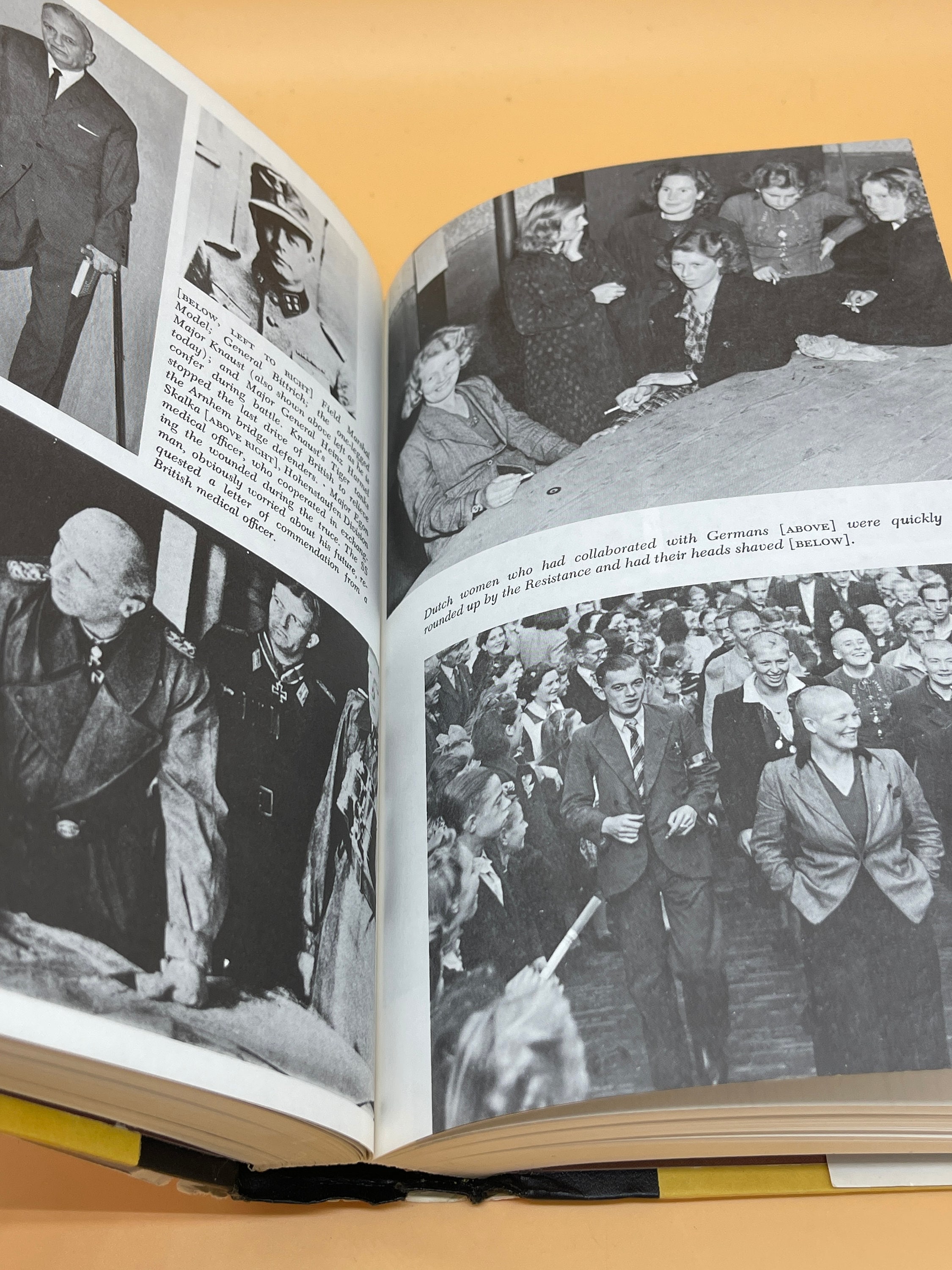 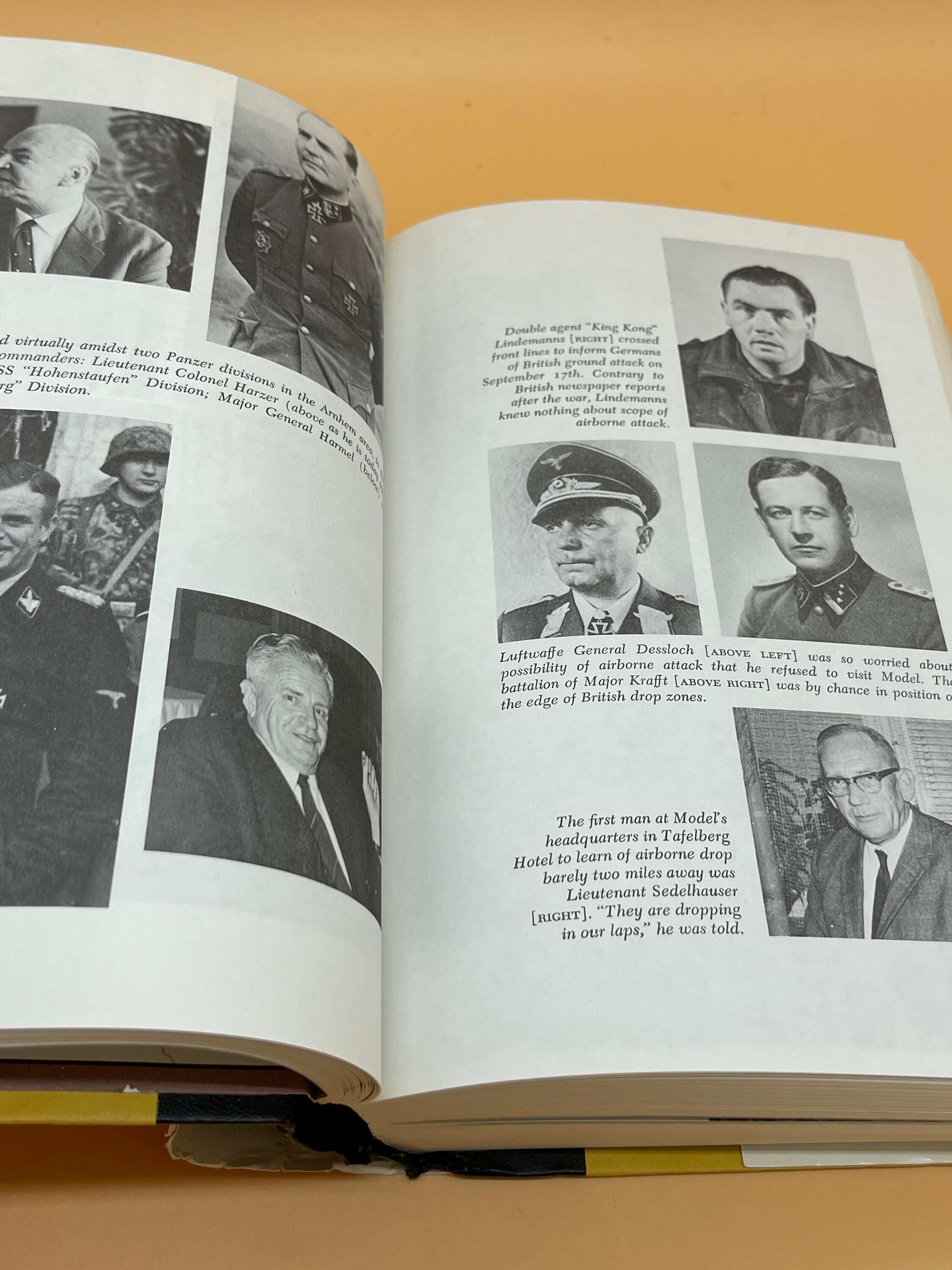 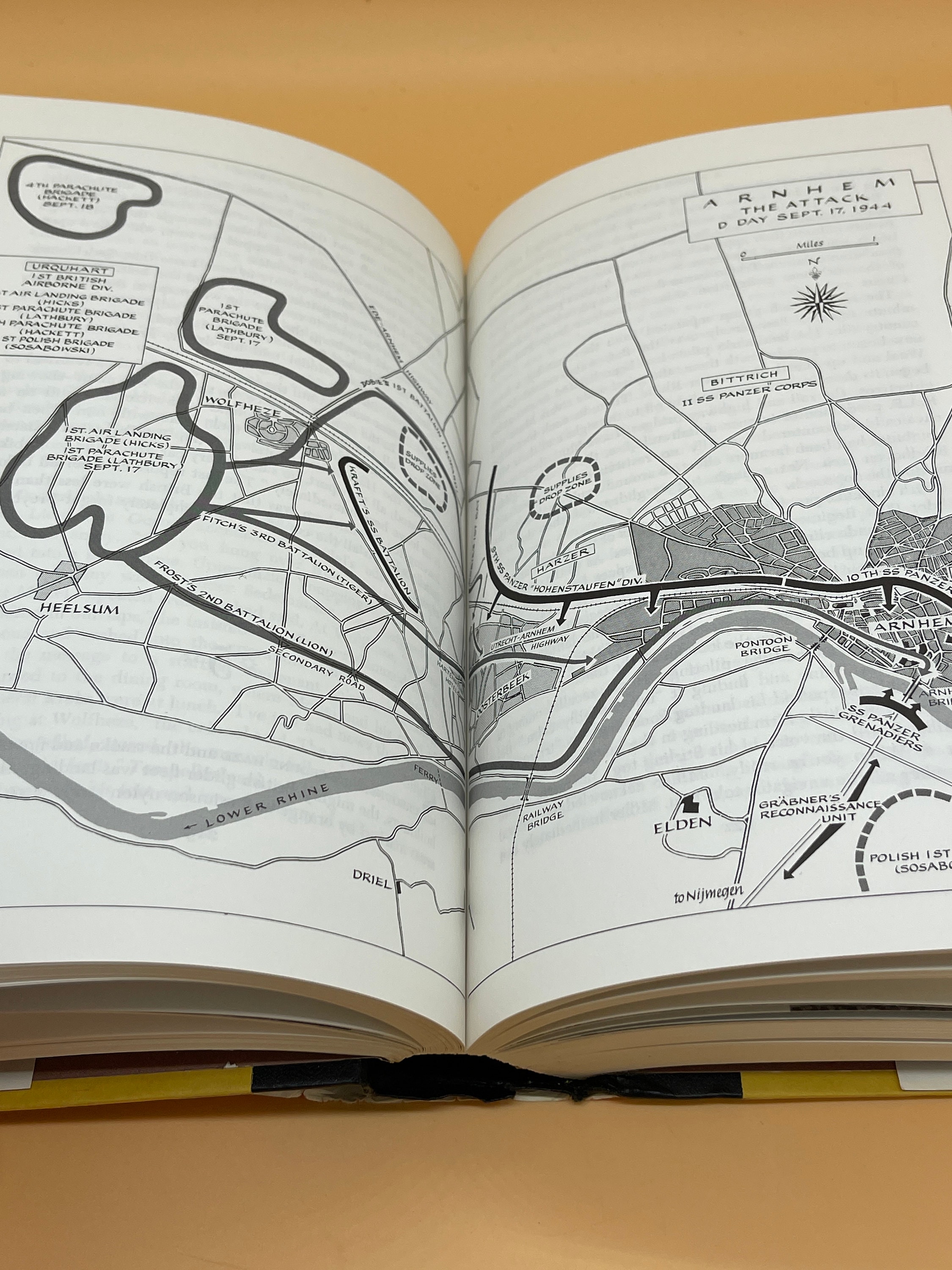 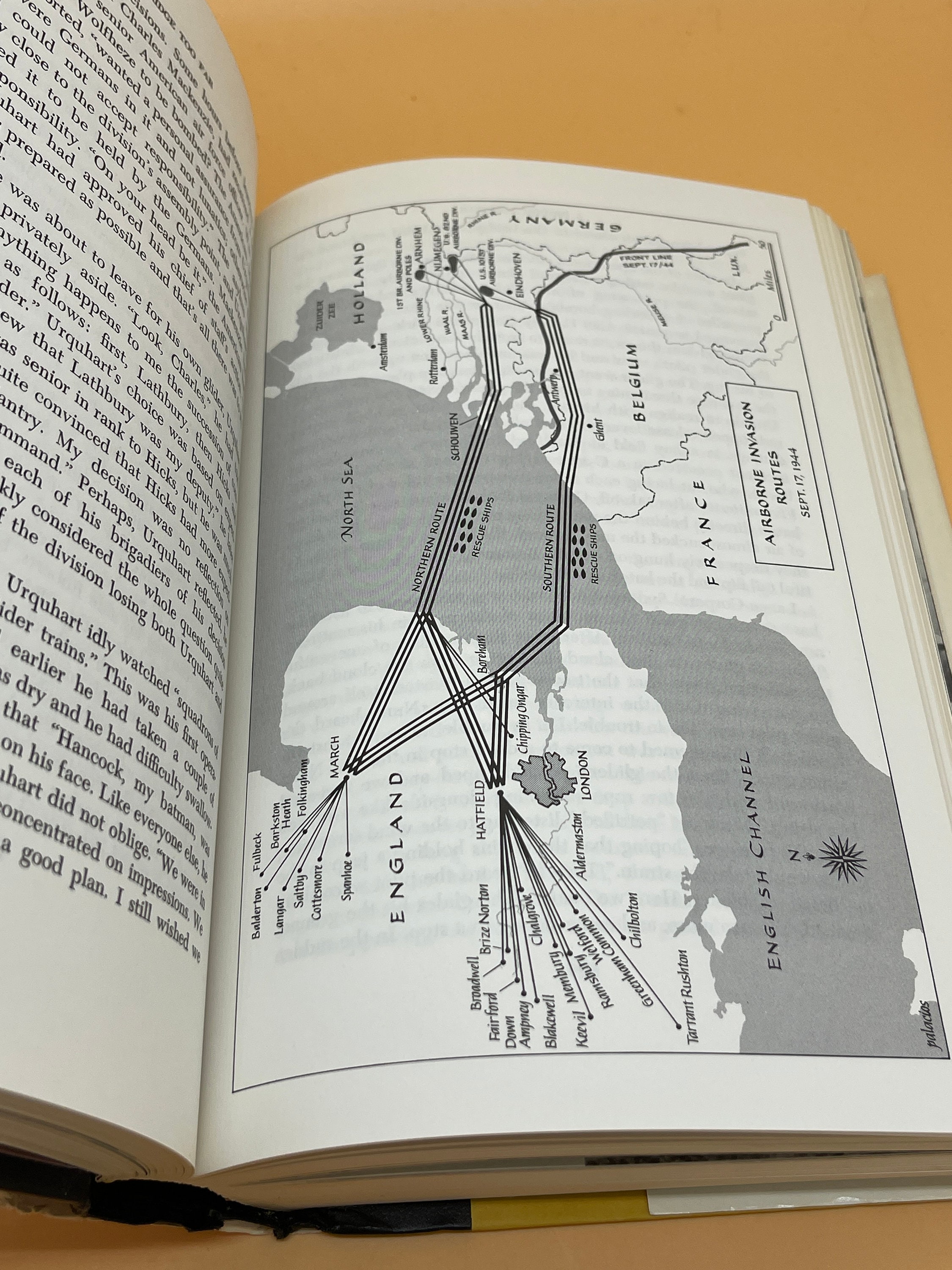 This is a very good hardcover with dust jacket. 1975 Simon & Schuster Publishing Book Club Edition. This copy is very clean inside and out. The pages are still crisp, clean and no markings seen. The binding is tight and straight. Gold w black trim hardcover boards under jacket are also very good with only a hint of shelf wear. The dust jacket is good, clean and still mostly shiny with light shelf wear including tiny tears bottom edge and wearing along edges and corner, but overall good w black and white photo of author on back. Royal octavo size or 6.5" x 10" with 670 pagers including index. Illustrated maps inside front and back endpapers.

This book outlines and details Operation Market Garden, an Allied attempt during World War Two to break through German lines into occupied Netherlands. The 1944 battle began at Arnhem and became the greatest airborne operation of the war. Field Marshall Sir Bernard Montgomery proposed the operation to bring about the end of the war by dropping American and British forces behind German lines to capture the crucial bridge across the Thine at Arnhem. Sadly, the daring and grandiose operation ended in bitter defeat for the Allies costing the Allies twice as many casualties as D-Day.