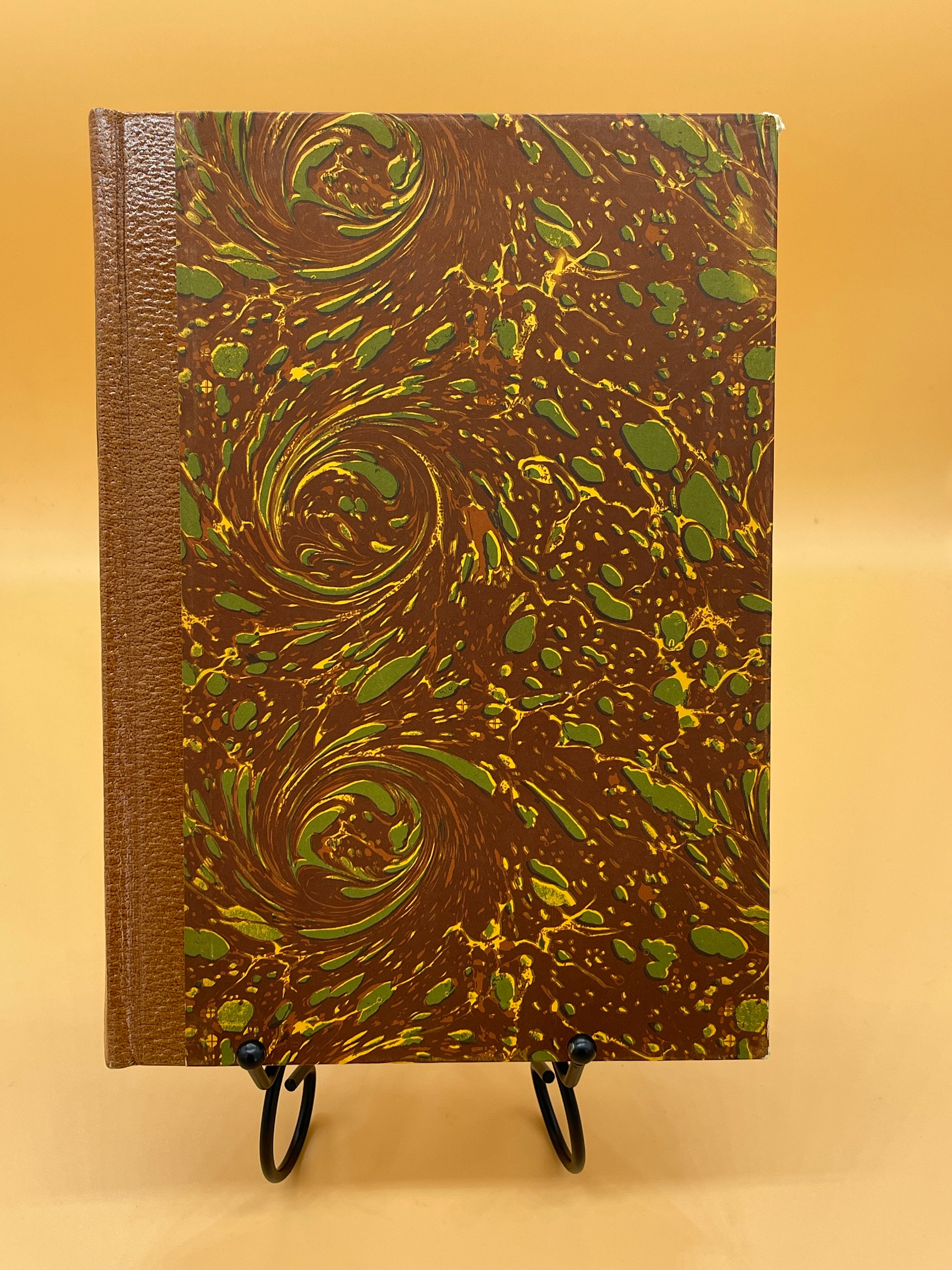 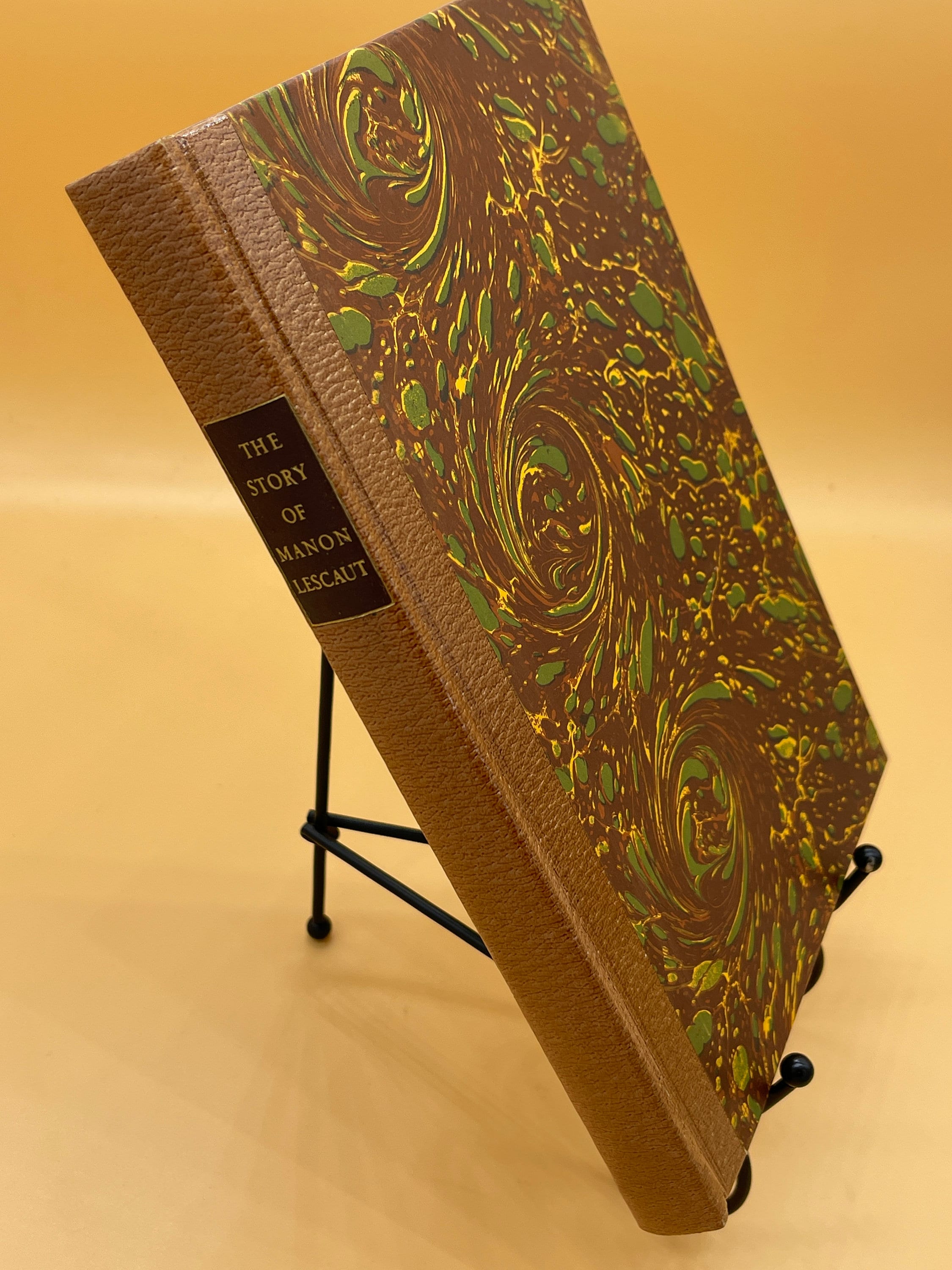 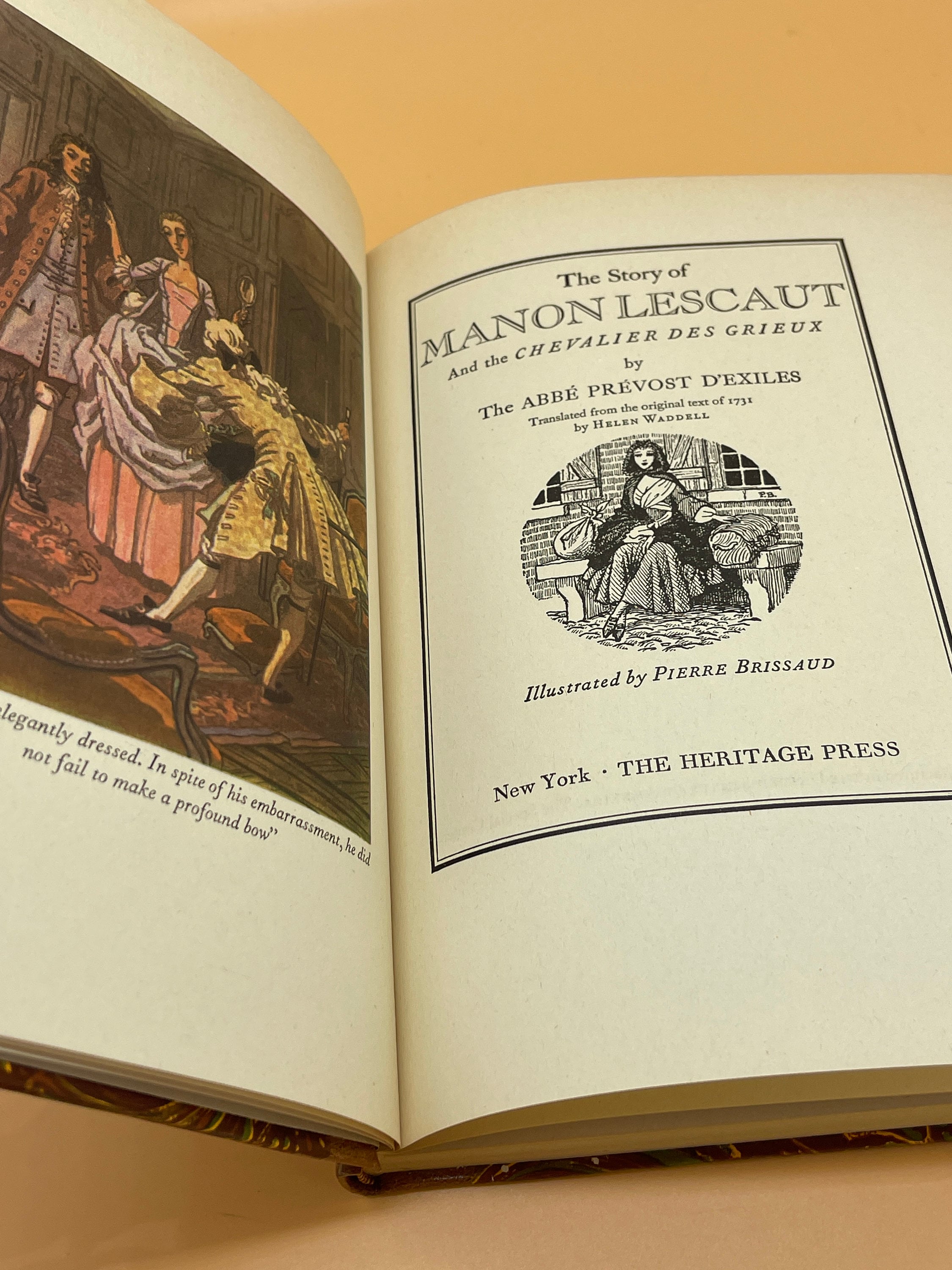 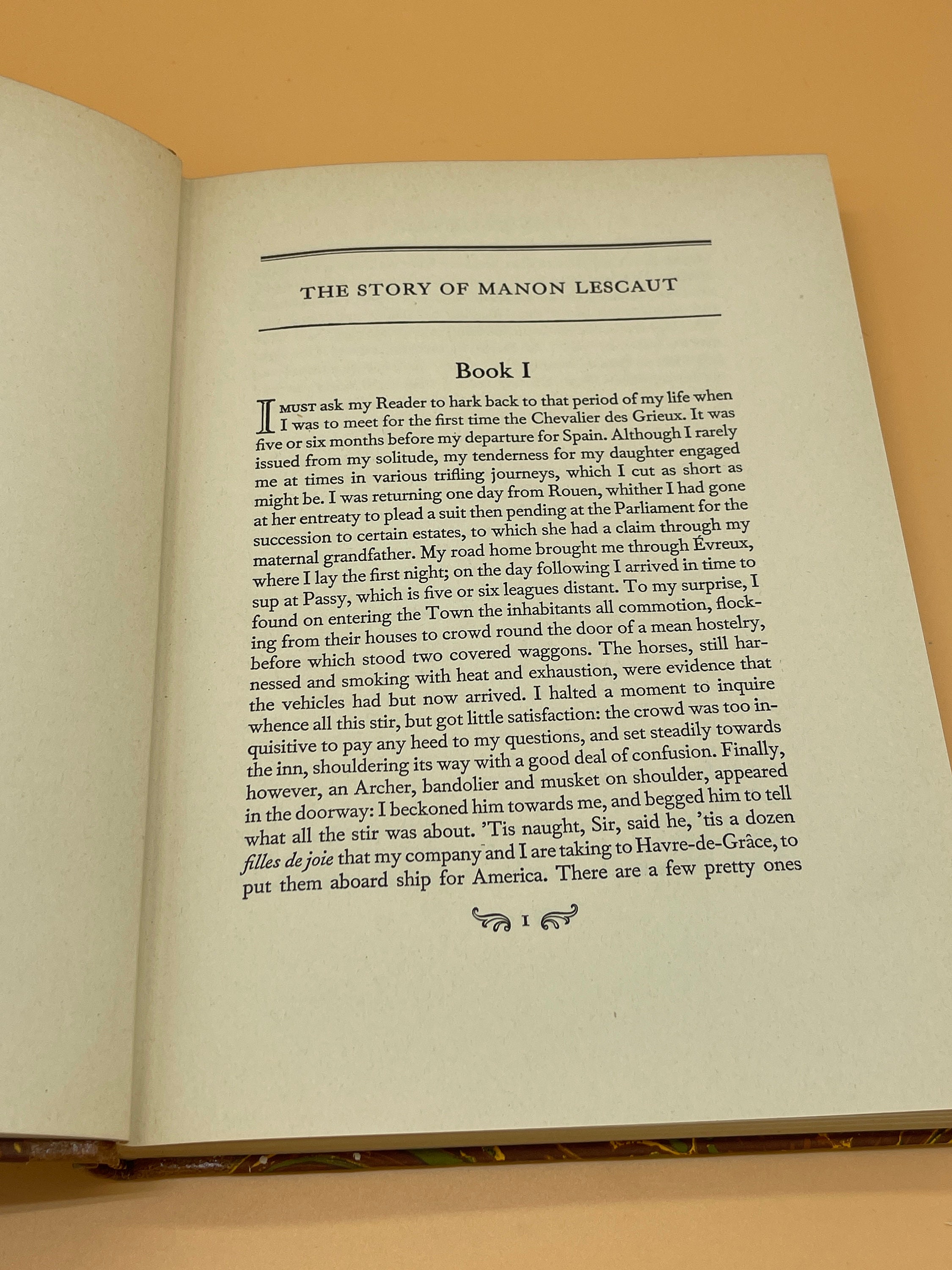 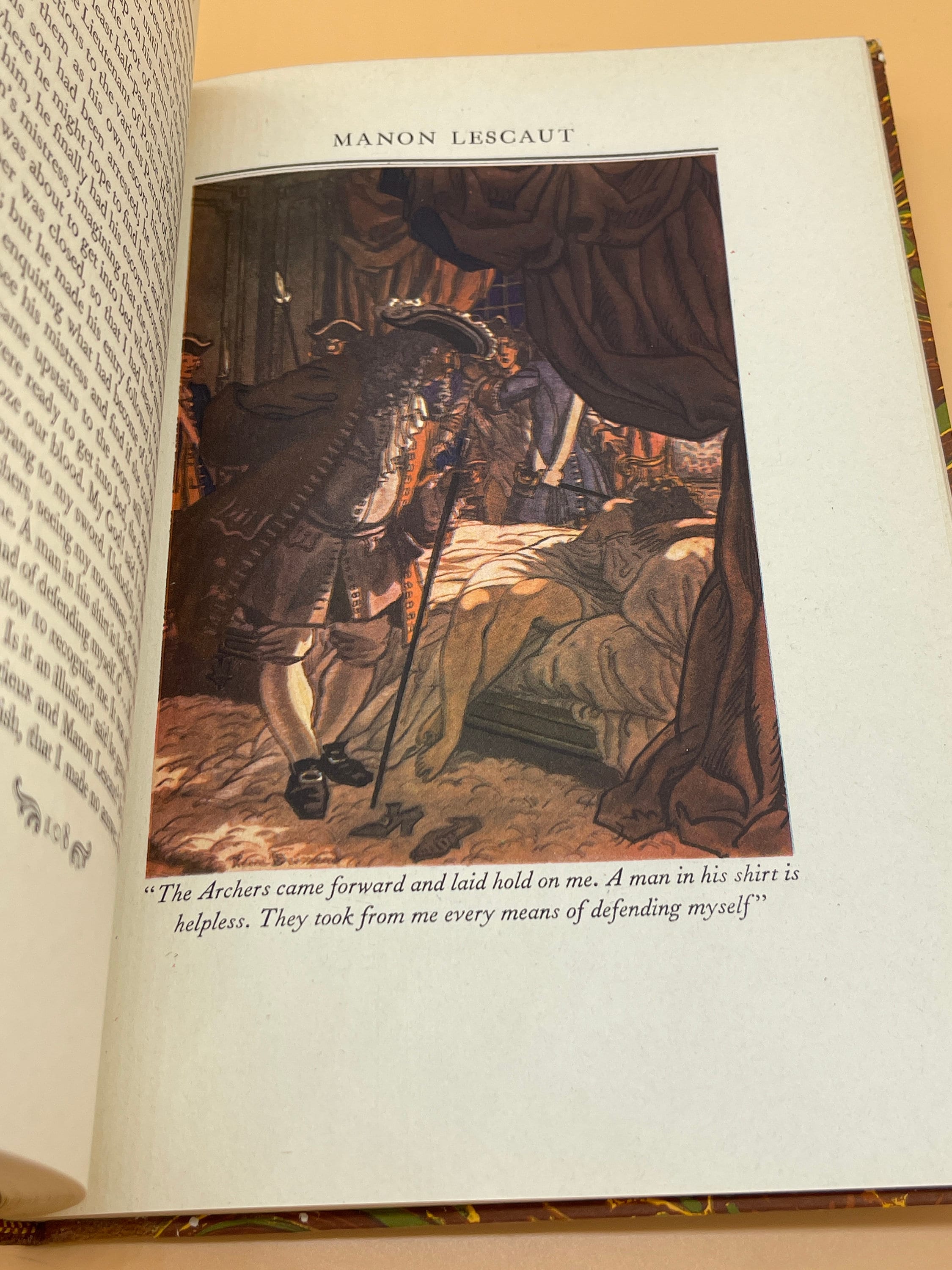 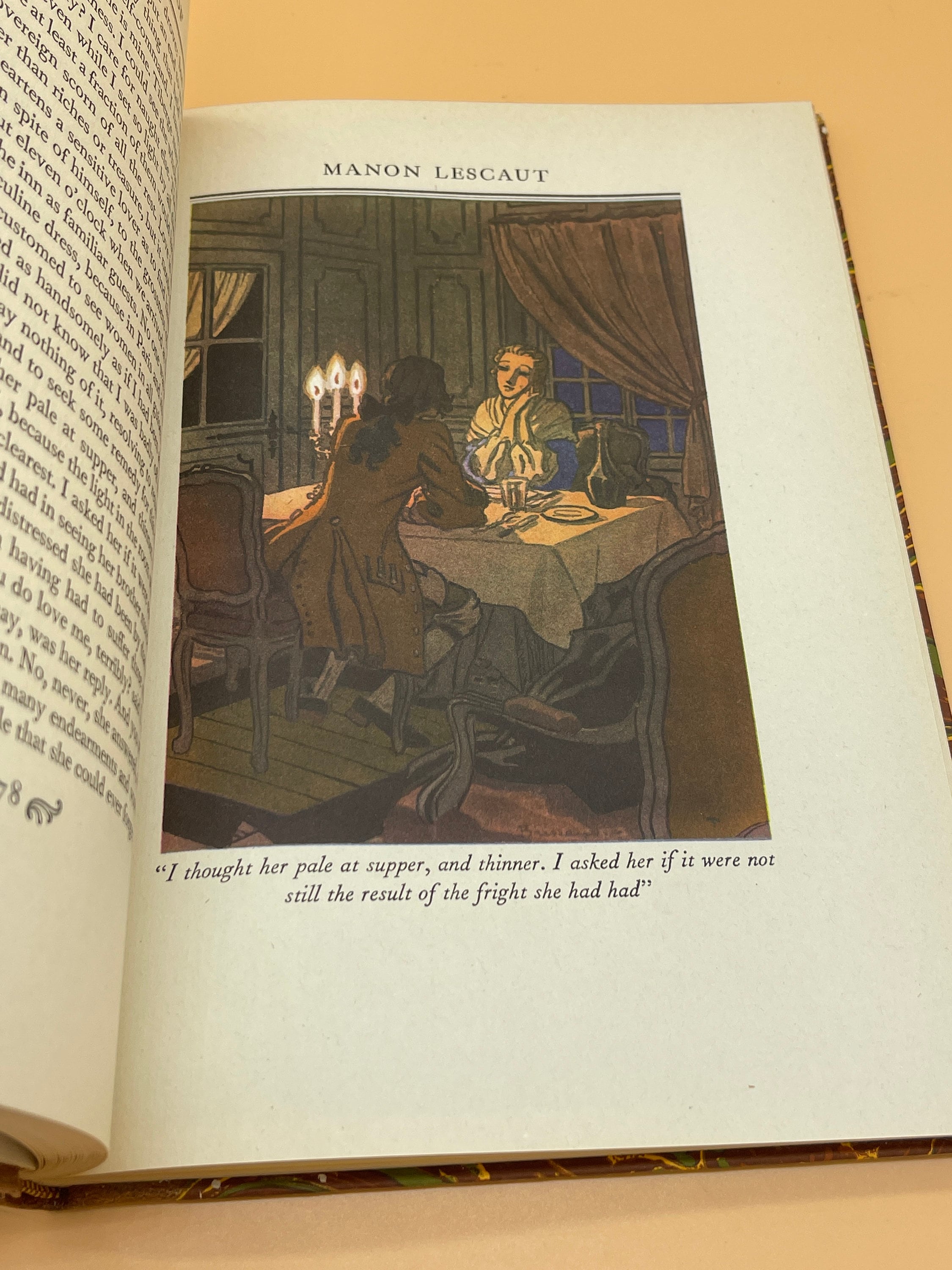 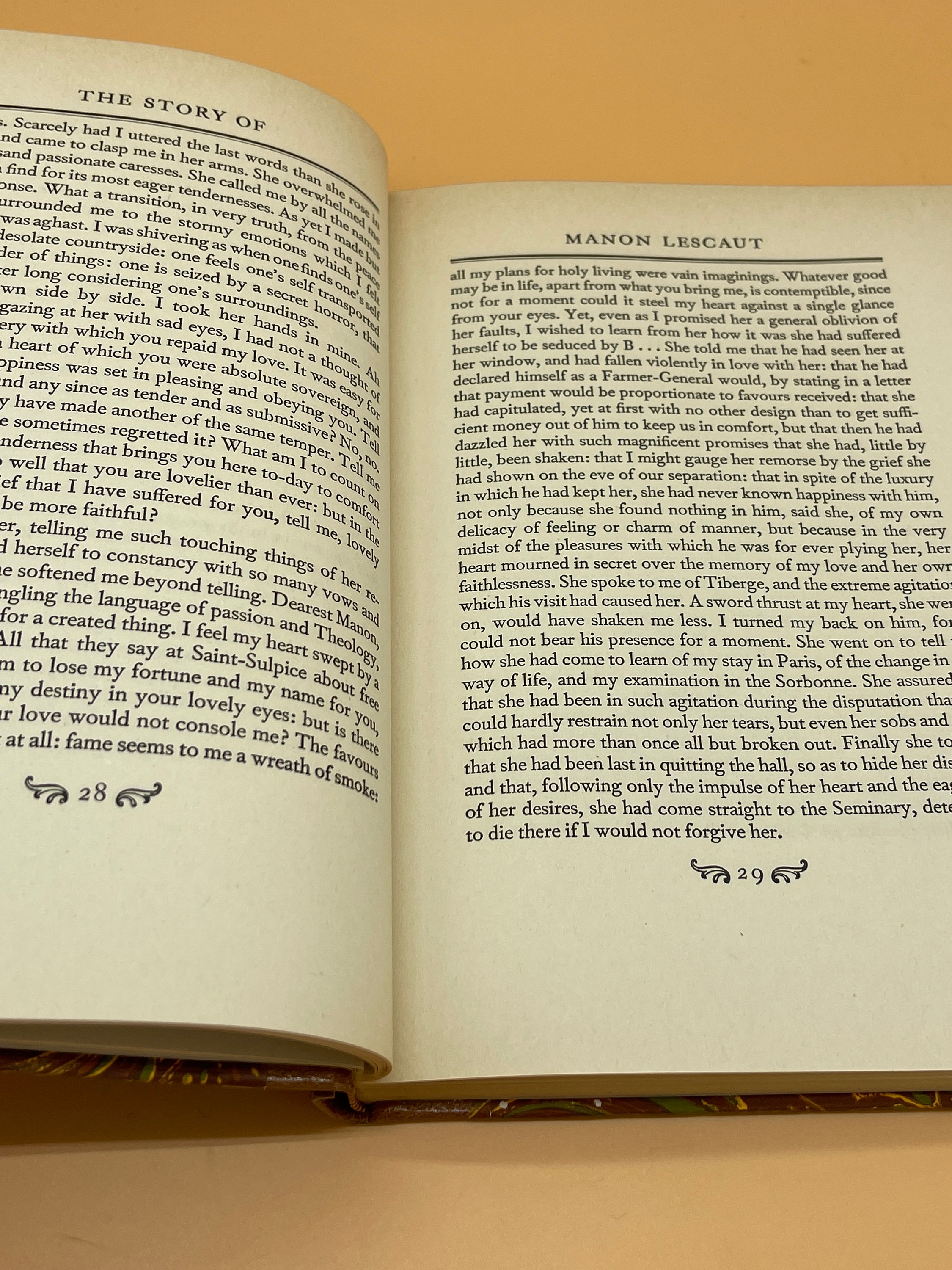 This is a near fine (almost like new) hardcover NO SLIPCASE as originally issued. Heritage Press circa 1960's. This copy is crisp and clean inside and out. Pages inside are crisp, clean and free of markings;. The binding is tight and straight. Handsome hardcover boards are covered with decorative French marbled papers and the spine is per binder covered in pigskin and stamped in gold title lettering. Heritage Press considered this one of its "most pleasant" bindings and it is considered fine. The hardcover boards on this copy are in fine, like new condition displaying the "pleasant" binding in fine form.

This edition is translated from the original 1731 work by Helen Waddell. The illustrations are by Pierre Brissaud, the classic French illustrator. Full color illustrations in exquisite detail highlight this edition.

Since its debut as an opera, this enduring tale remains a favorite. The tale of ill-fated romance first appeared as a novel from Prévost and then preformed as an opera in 1893 by Puccini. The novel is set in France and later Louisiana in early 18th century. Initially banned in France, Prévost later adapted some of the more scandalous details in a 1753 edition.