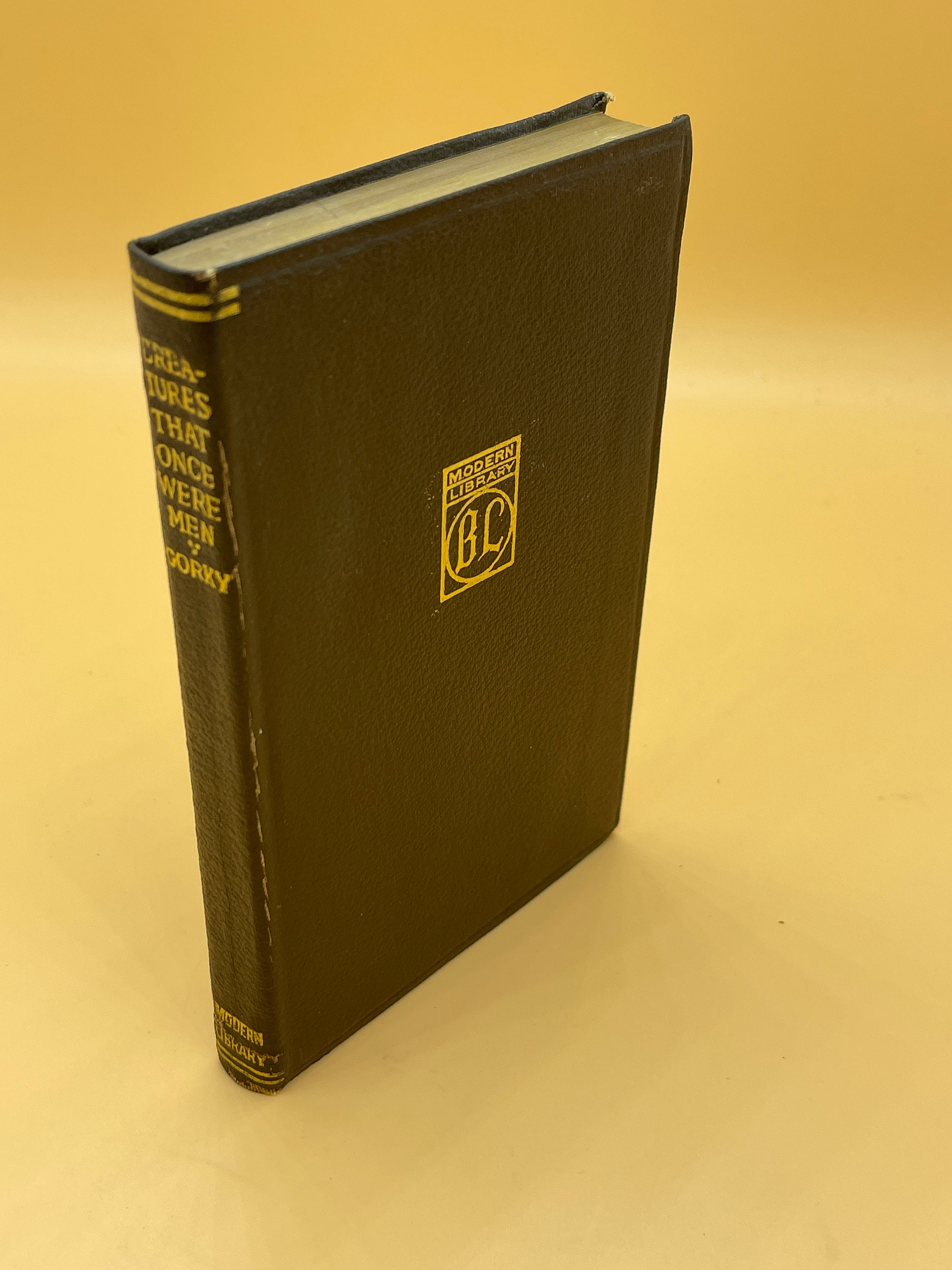 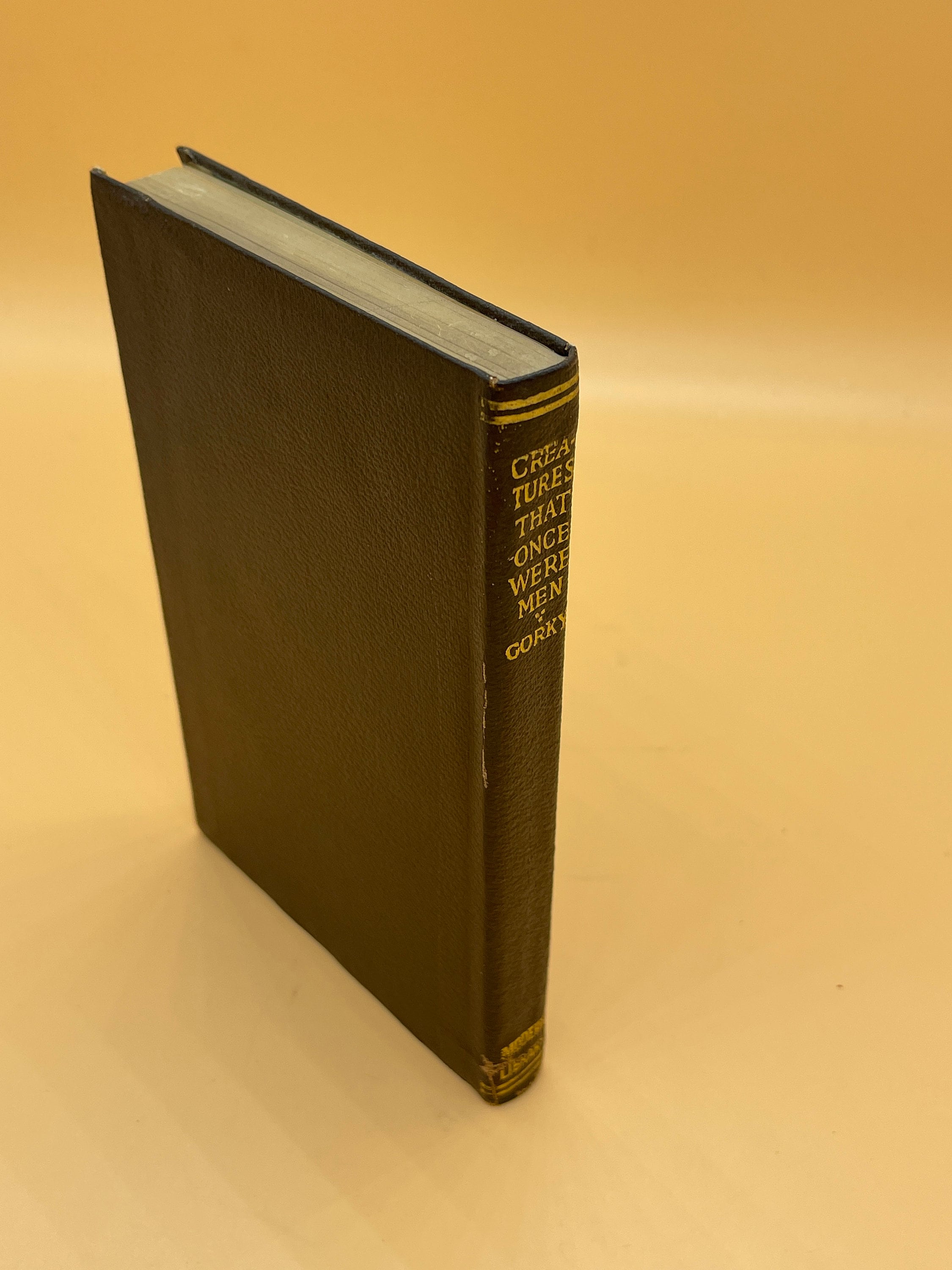 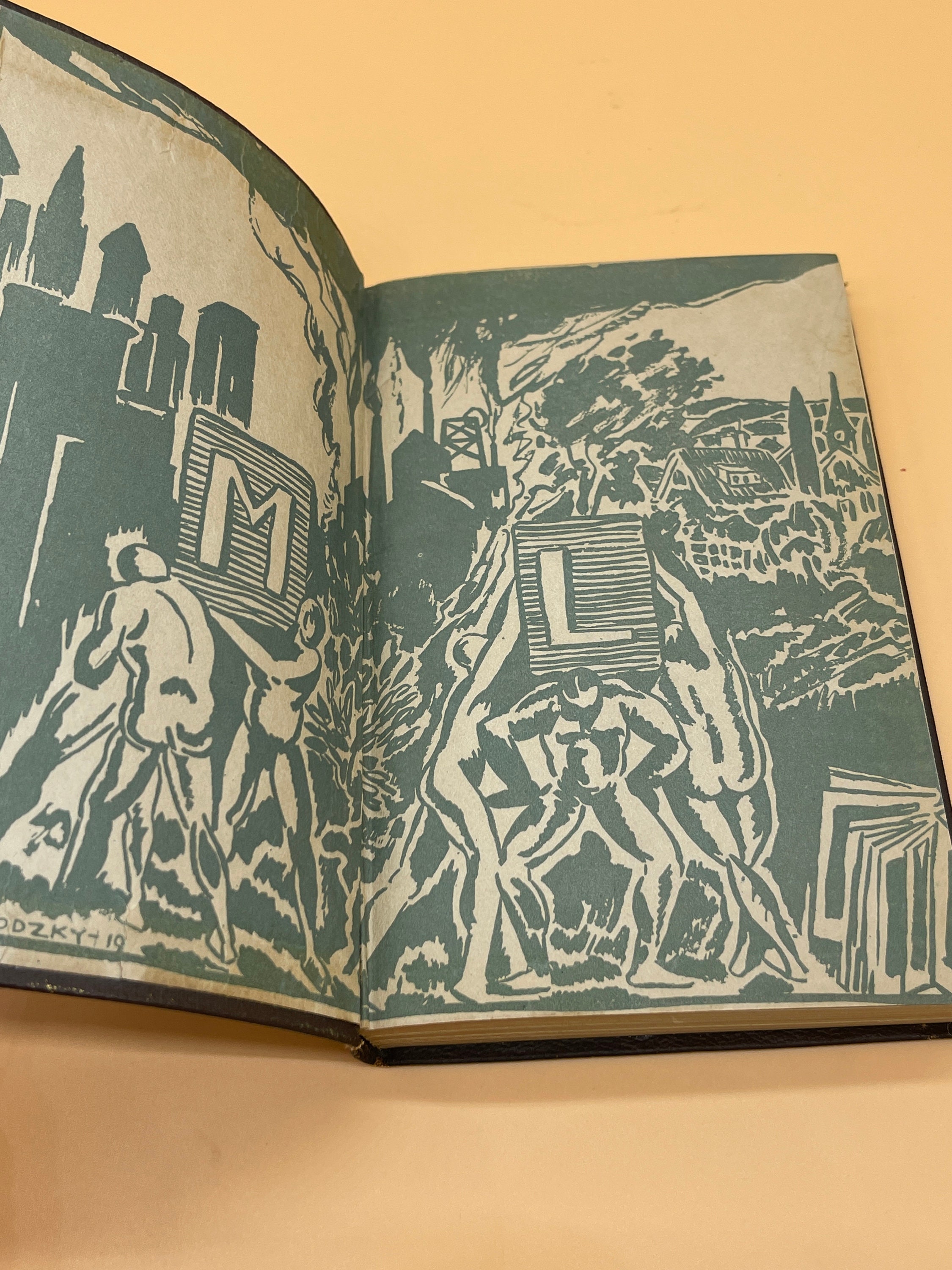 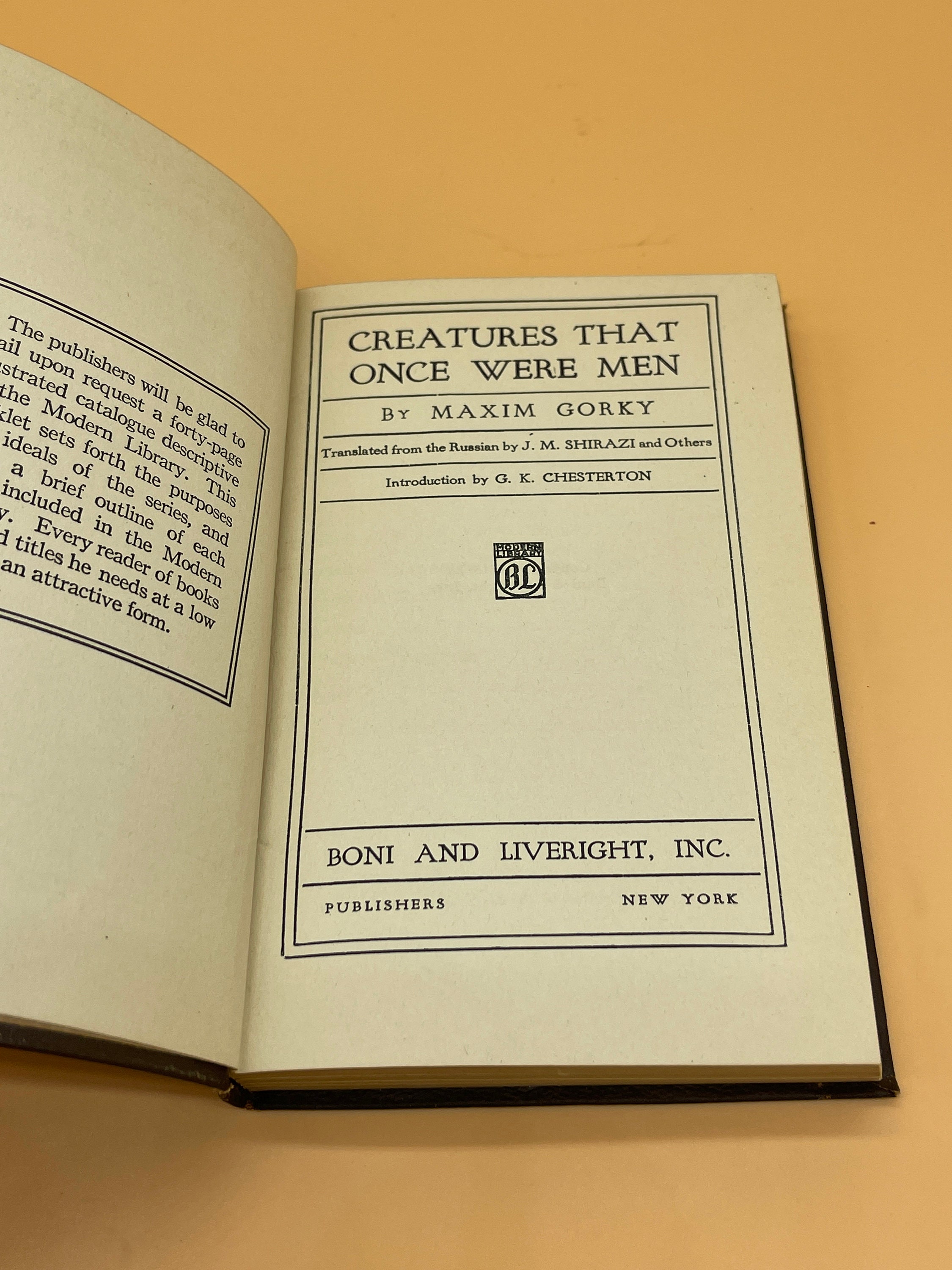 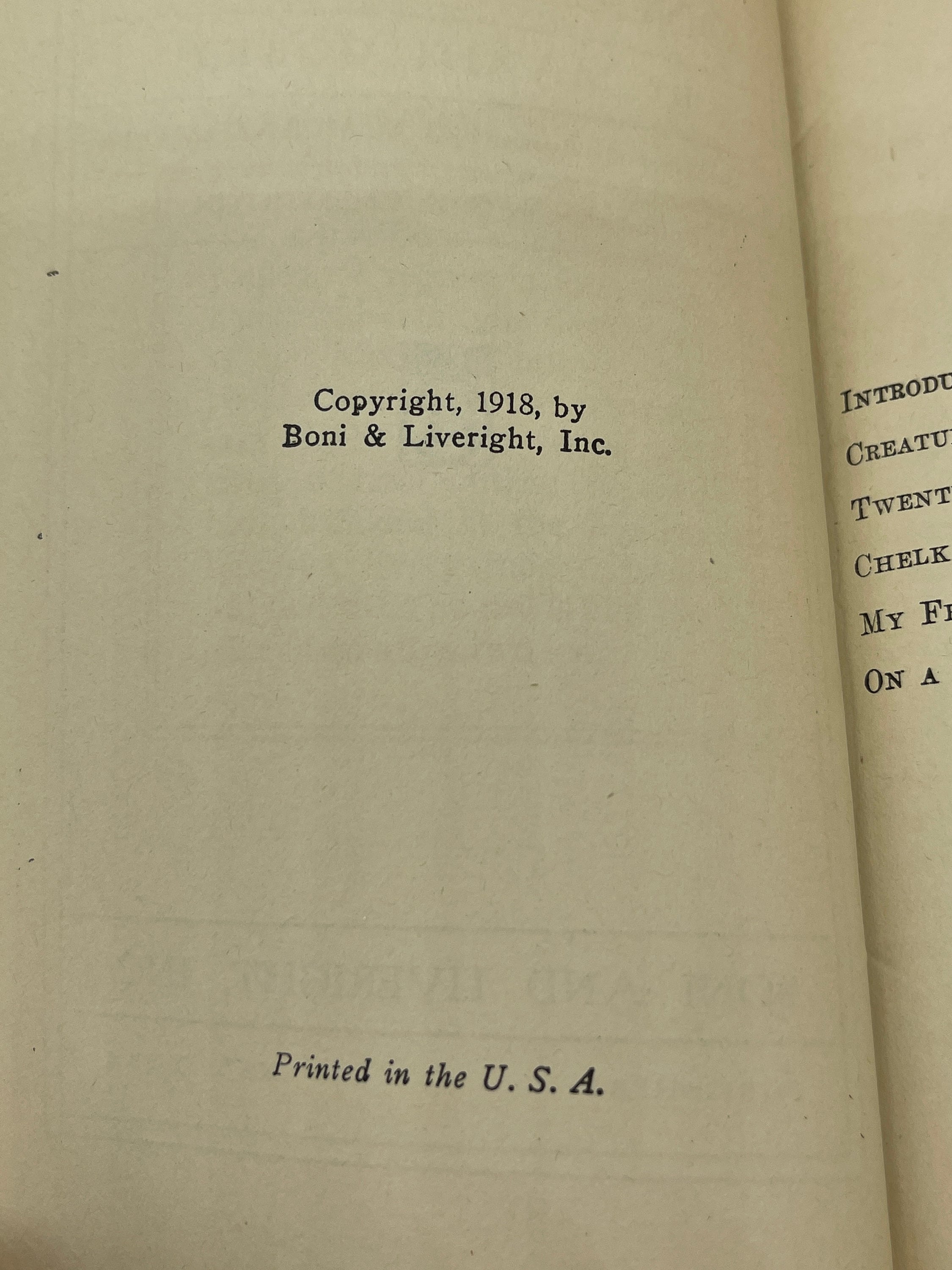 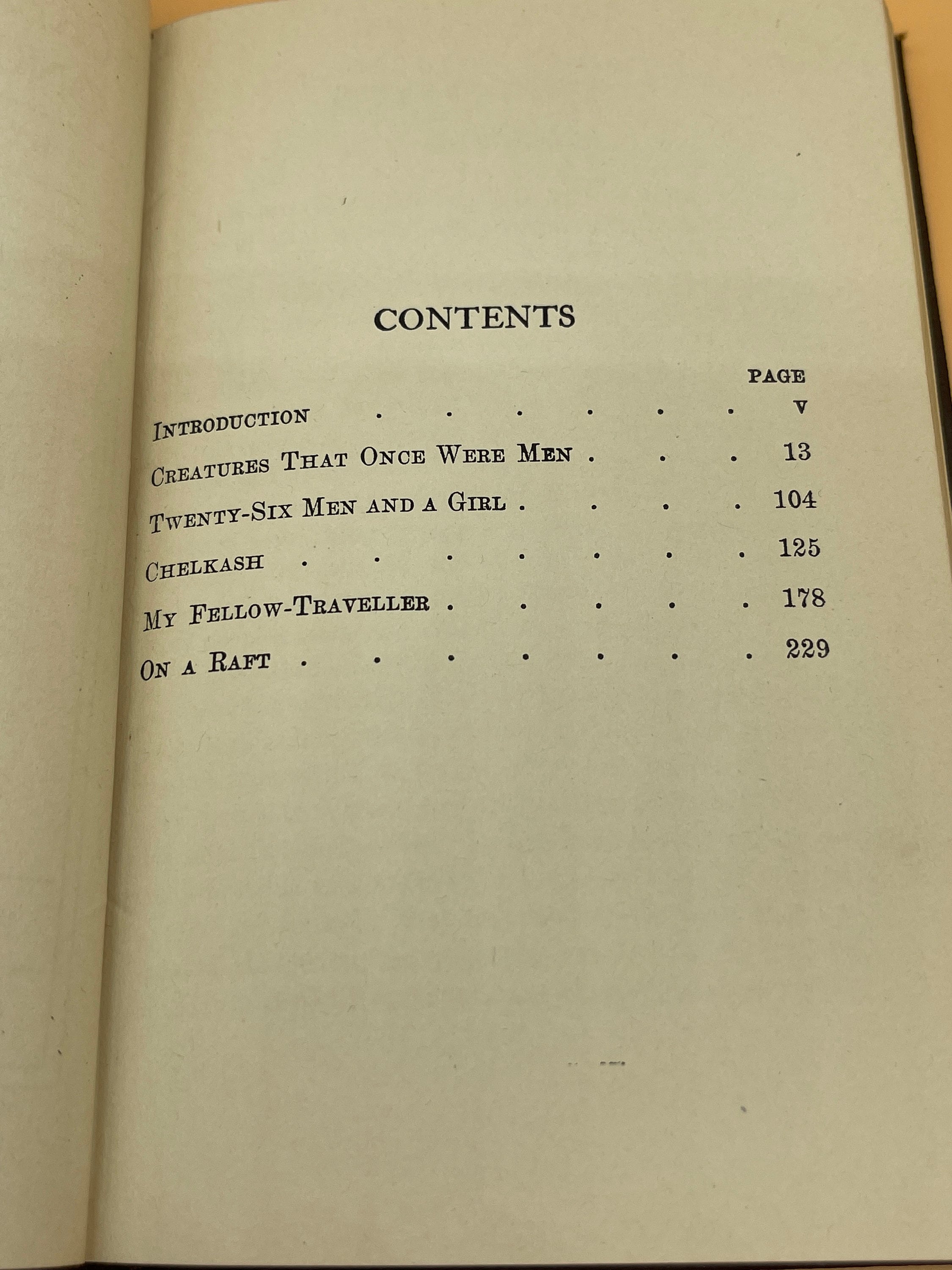 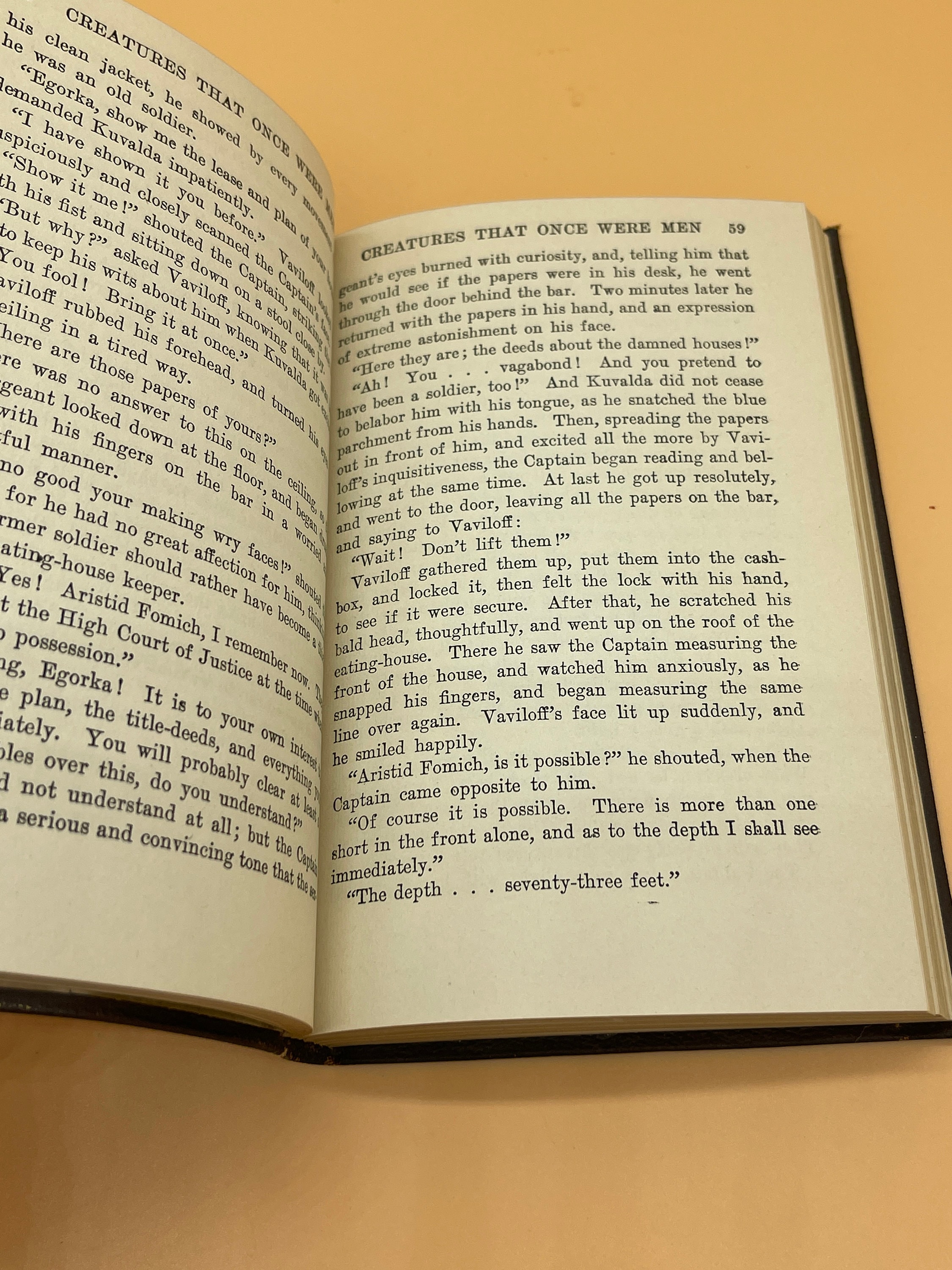 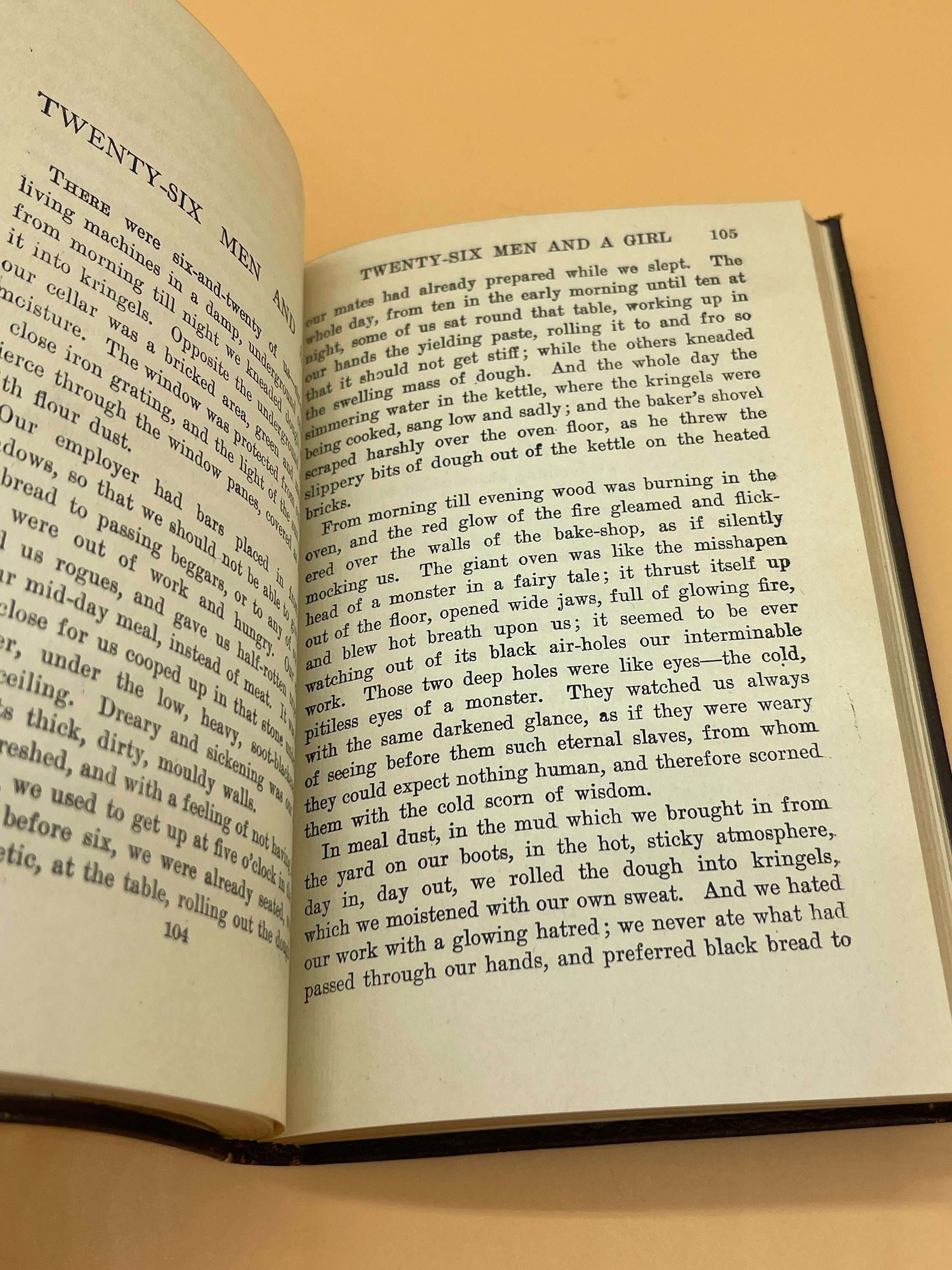 The Modern Library series was established in 1917 and printed by Boni & Liveright. The goal was to reprint European modernist titles therefore providing American readers with access and availability. It was considered one of the most important publishing houses of the early 1900's and was subsequently sold in 1925 where the identifying colophon was changed. This copy is stamped with the BL or Boni & Liveright Modern Library emblem on front cover, a rare find.

Creatures That Once Were Men by Maxim Gorky along with four other short stories are contained in this edition. Gorky was a Russian and Soviet writer and political activist. Roaming across the Russian empire was inspiration for his work. He was exiled form Russia for a significant part of his life, returning in 1932 on Stalin's personal invitation, where he later died. Works in this volume are; Creatures That Once Were Men, Twenty-Six Men and a Girl, Chelkash, My Fellow Traveler, and On a Raft, all translated by J.M. Shirazi w intro by G.K. Chesterton.

PLEASE NOTE; THIS ITEM WILL REQUIRE SIGNATURE CONFIRMATION UPON DELIVERY.