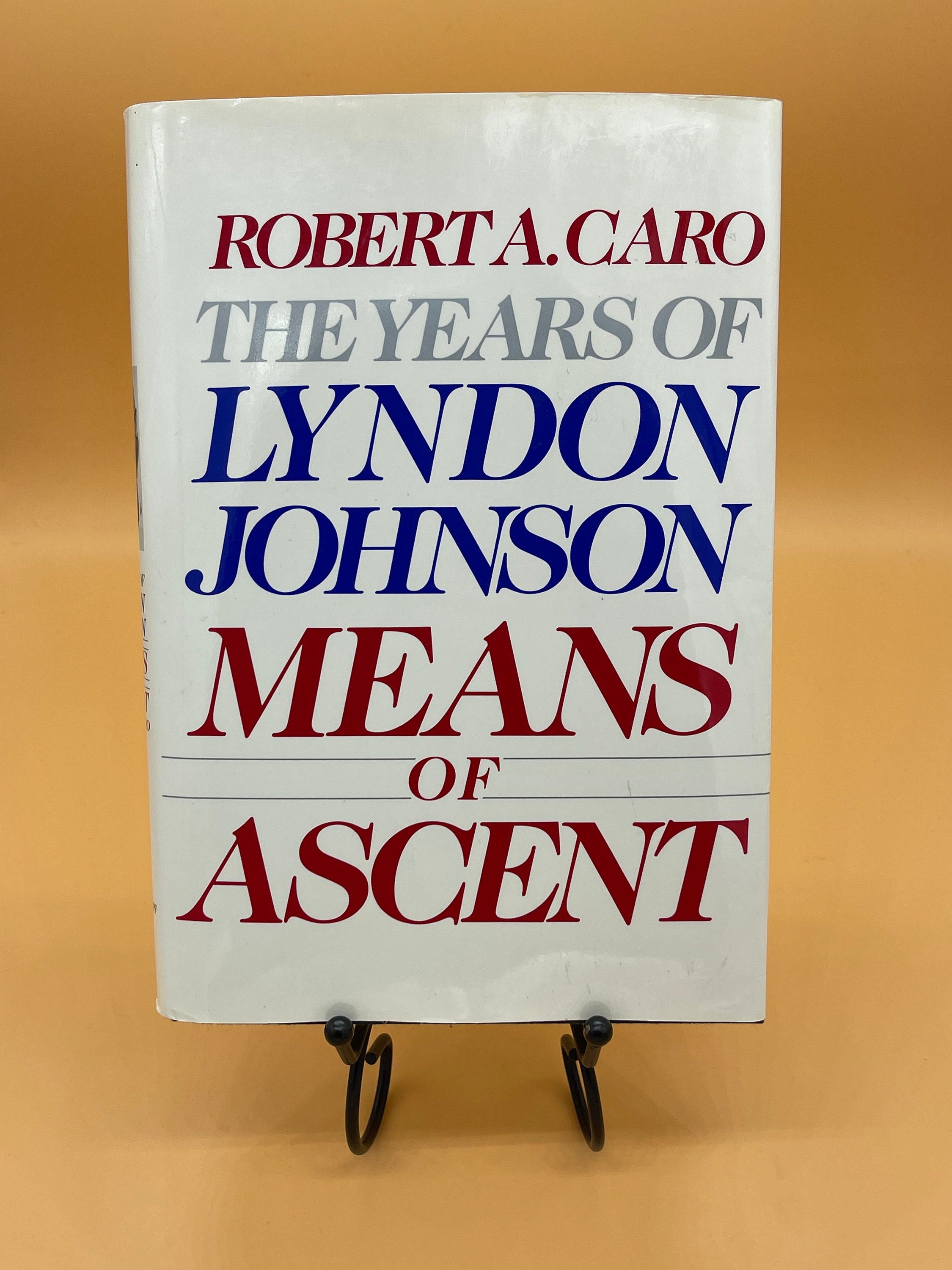 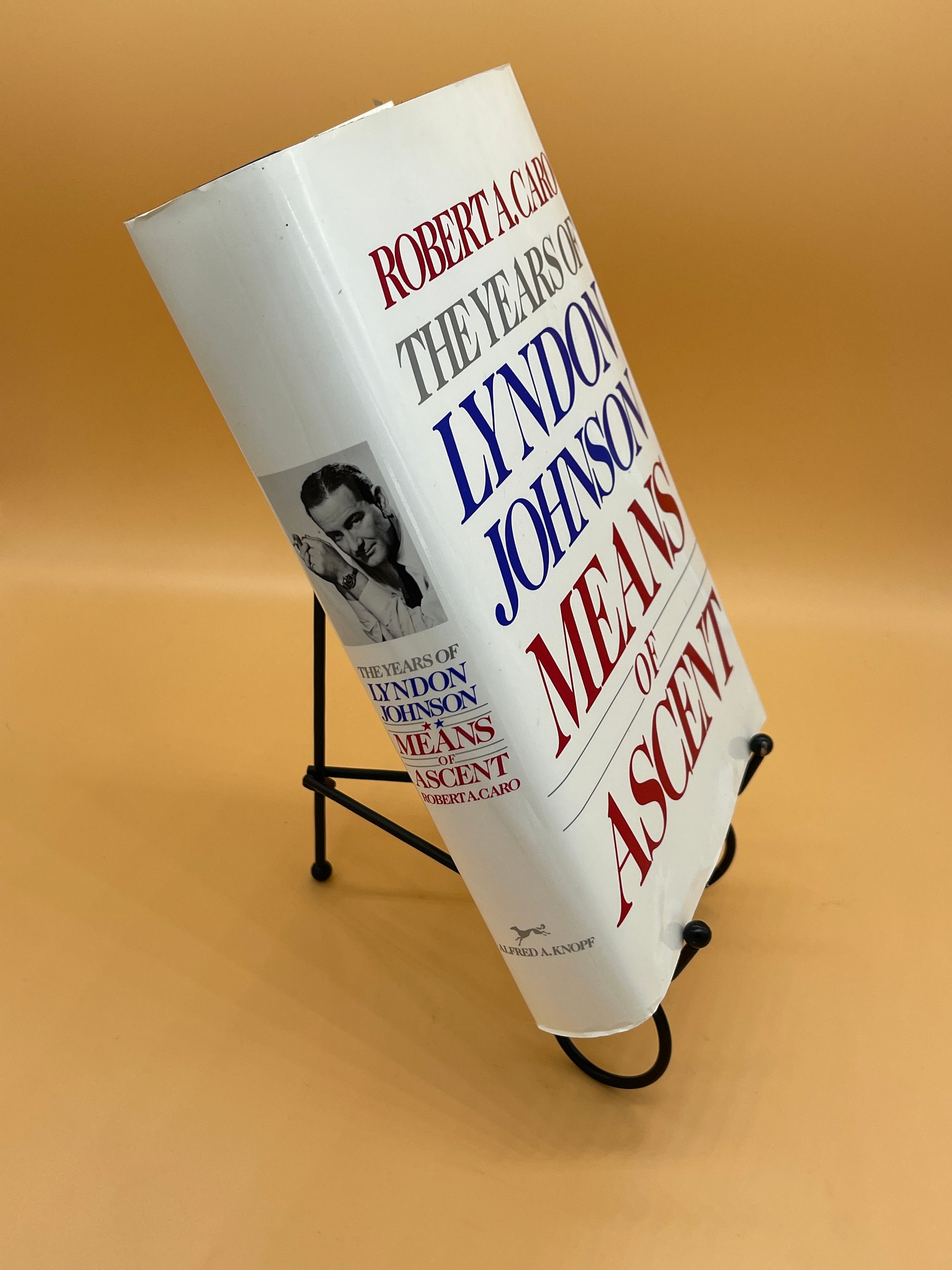 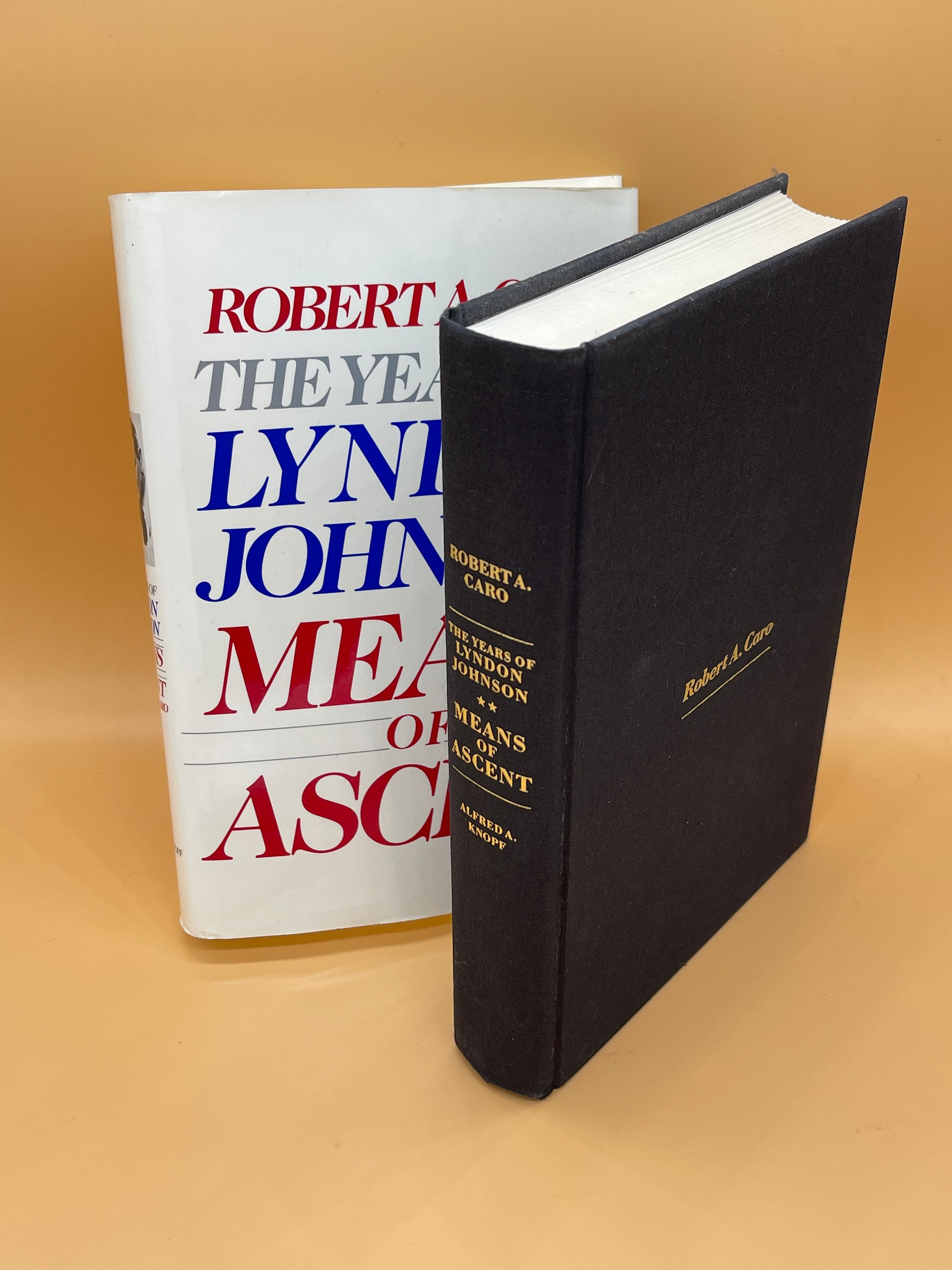 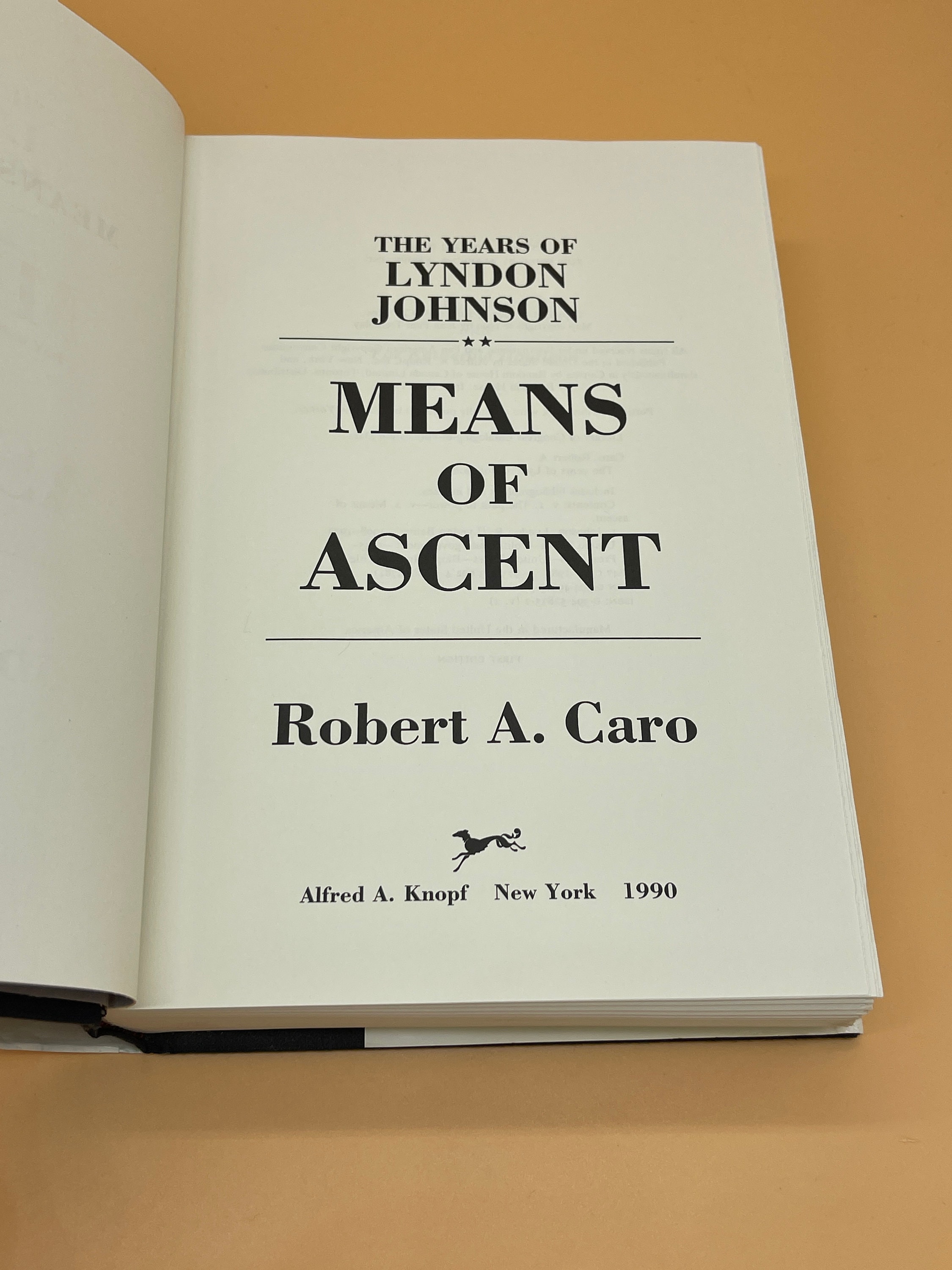 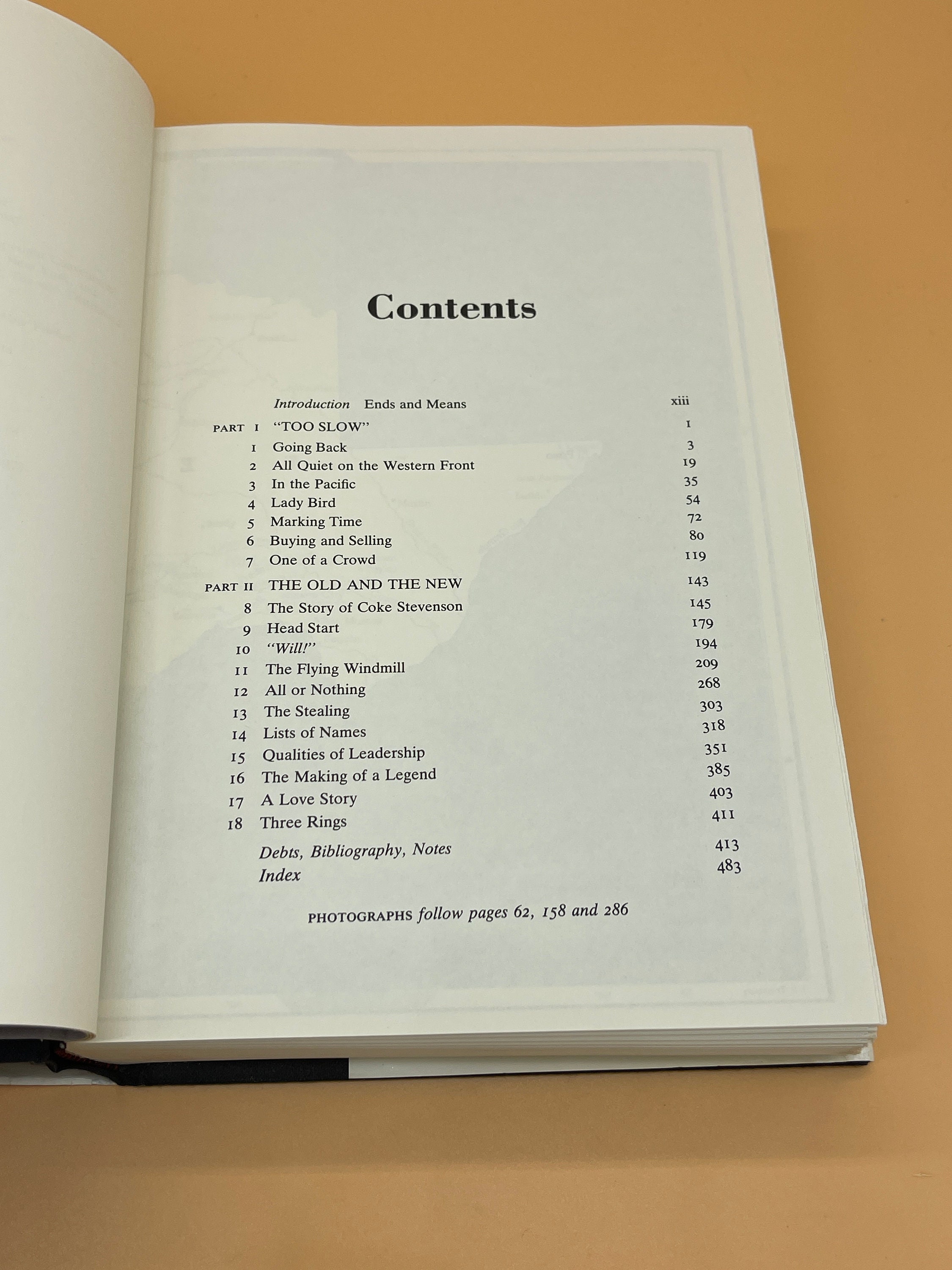 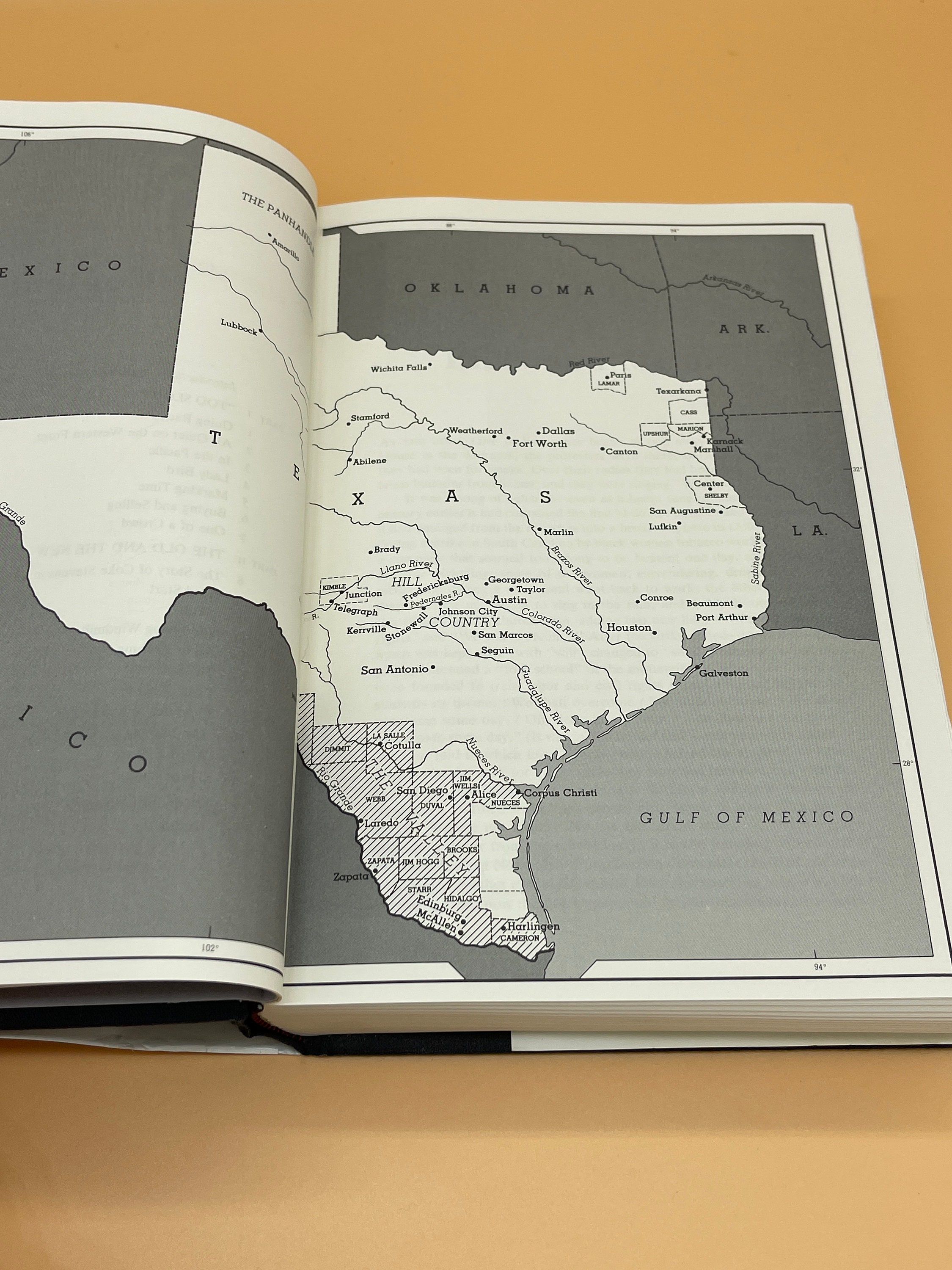 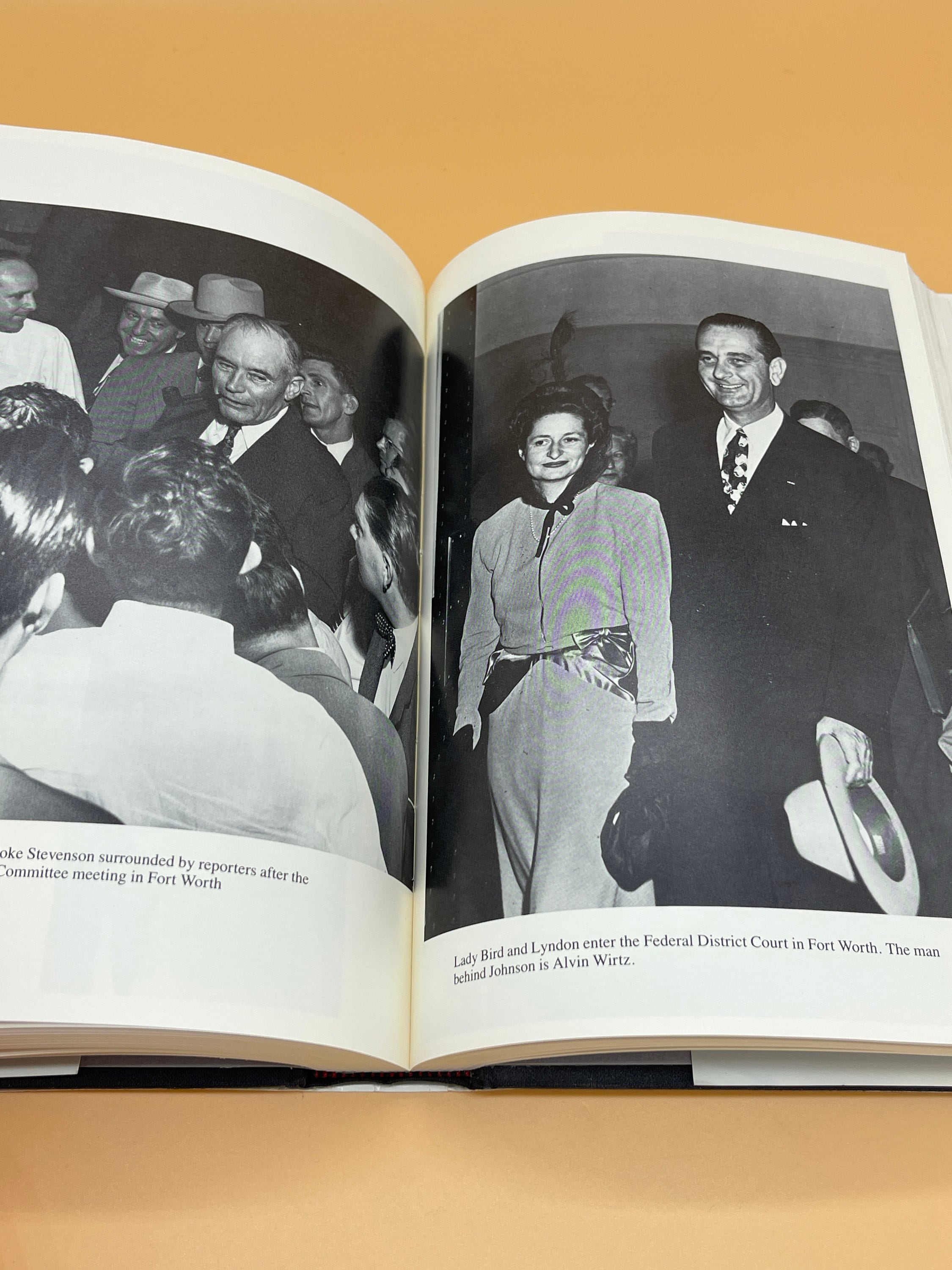 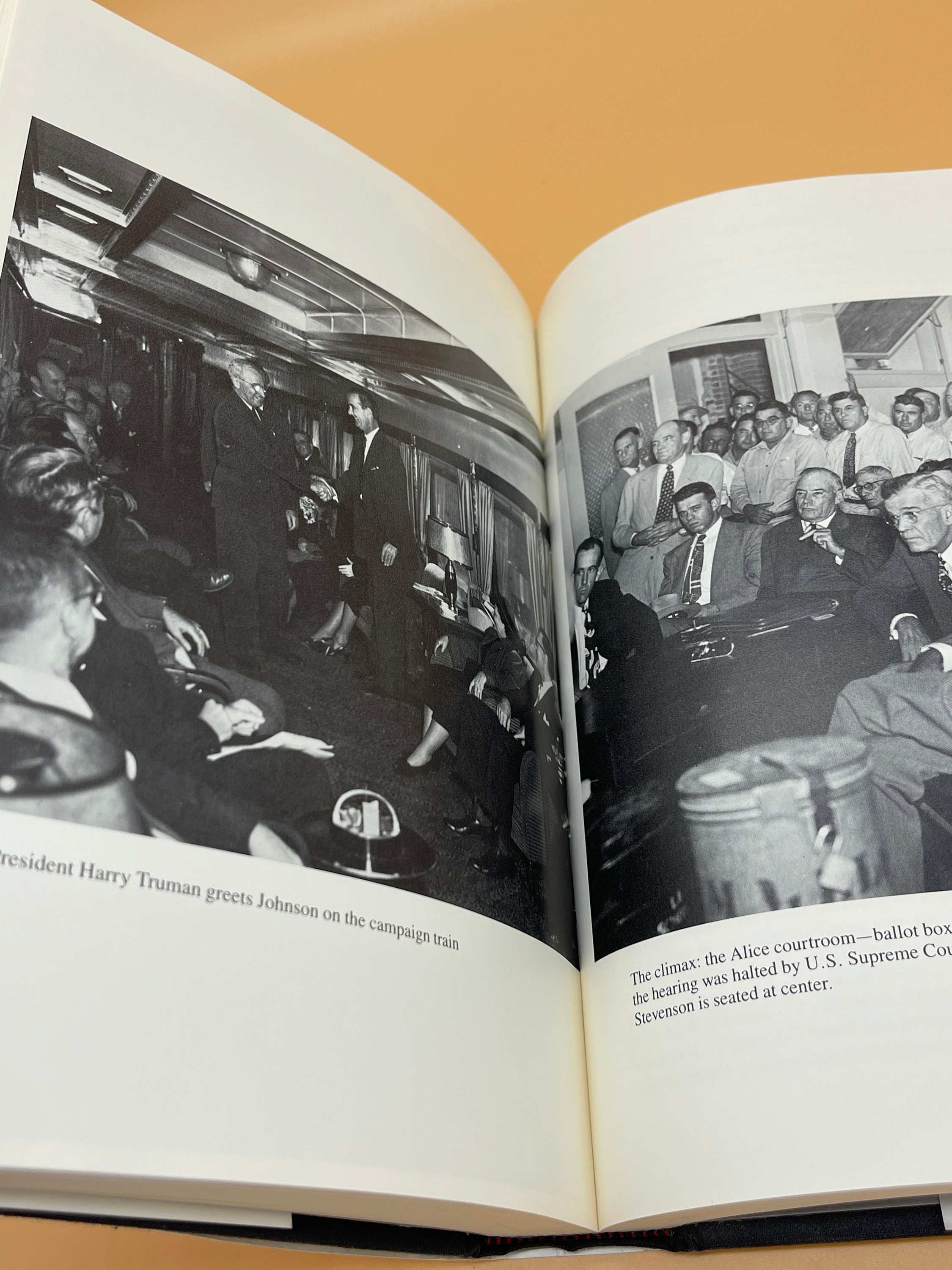 This is a near fine (almost like new) hardcover with dust jacket. 1990 Knopf Publishing. This copy is crisp and clean inside and out. The pages are crisp, clean and free of markings. No foxing. Binding tight and straight. Black hardcover boards under jacket are also near fine. The dust jacket is clean and shiny with only a hint of shelf wear from display.

Means of Ascent is Book Two of Robert Caro's Lyndon Johnson series. It brings Johnson love in his "wilderness" years. The book carries the president-to-be from the aftermath of his devastating defeat in his 1941 campaign for the Senate. It shows the grueling test of his spirit that followed as political doors slammed shut through his WWll service and the foundation of his wealth. The heart of the book, base on extraordinarily detailed investigation, is the true story of the fiercely contested 1948 senatorial election which Johnson was not believed capable of winning.