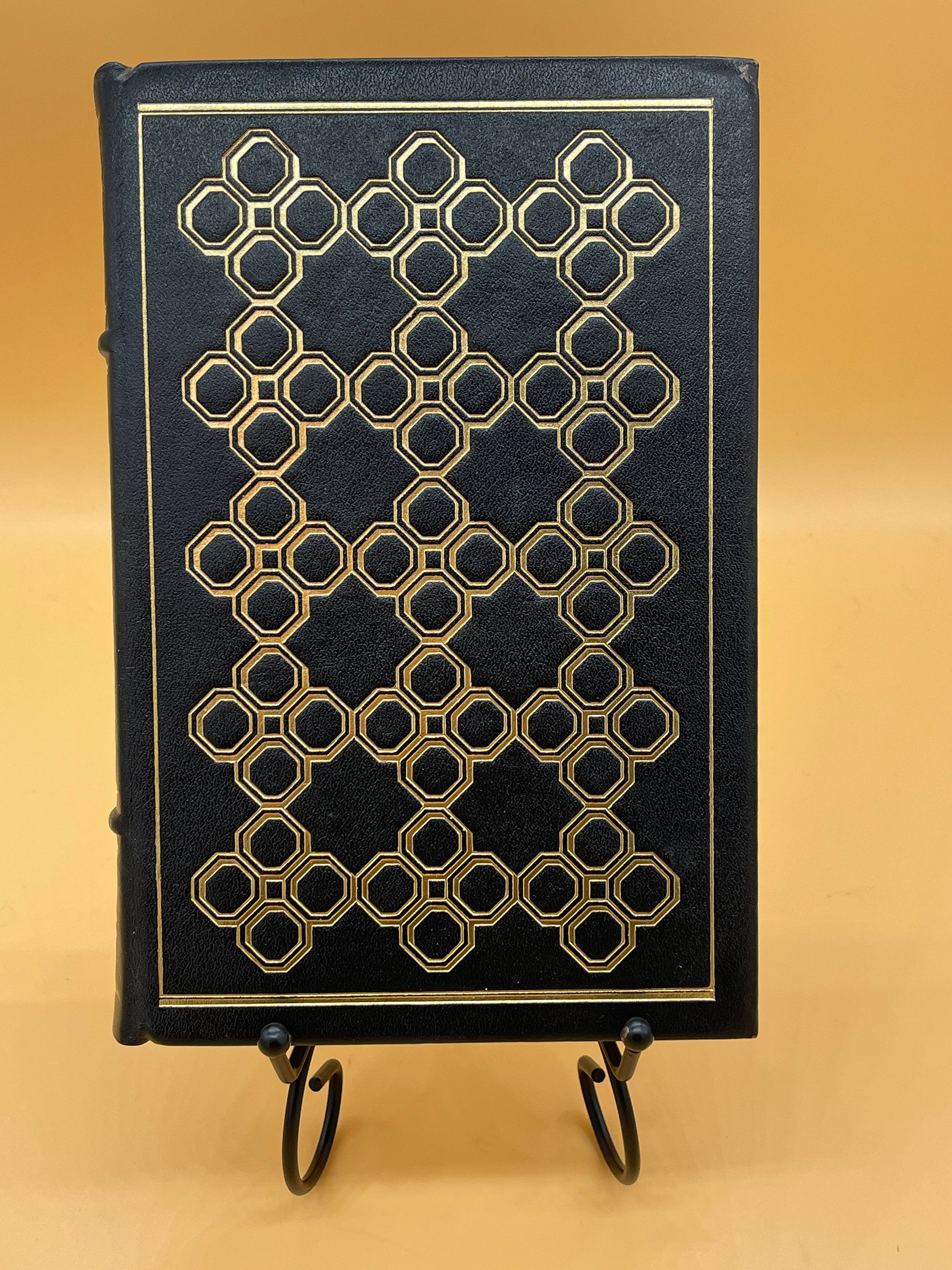 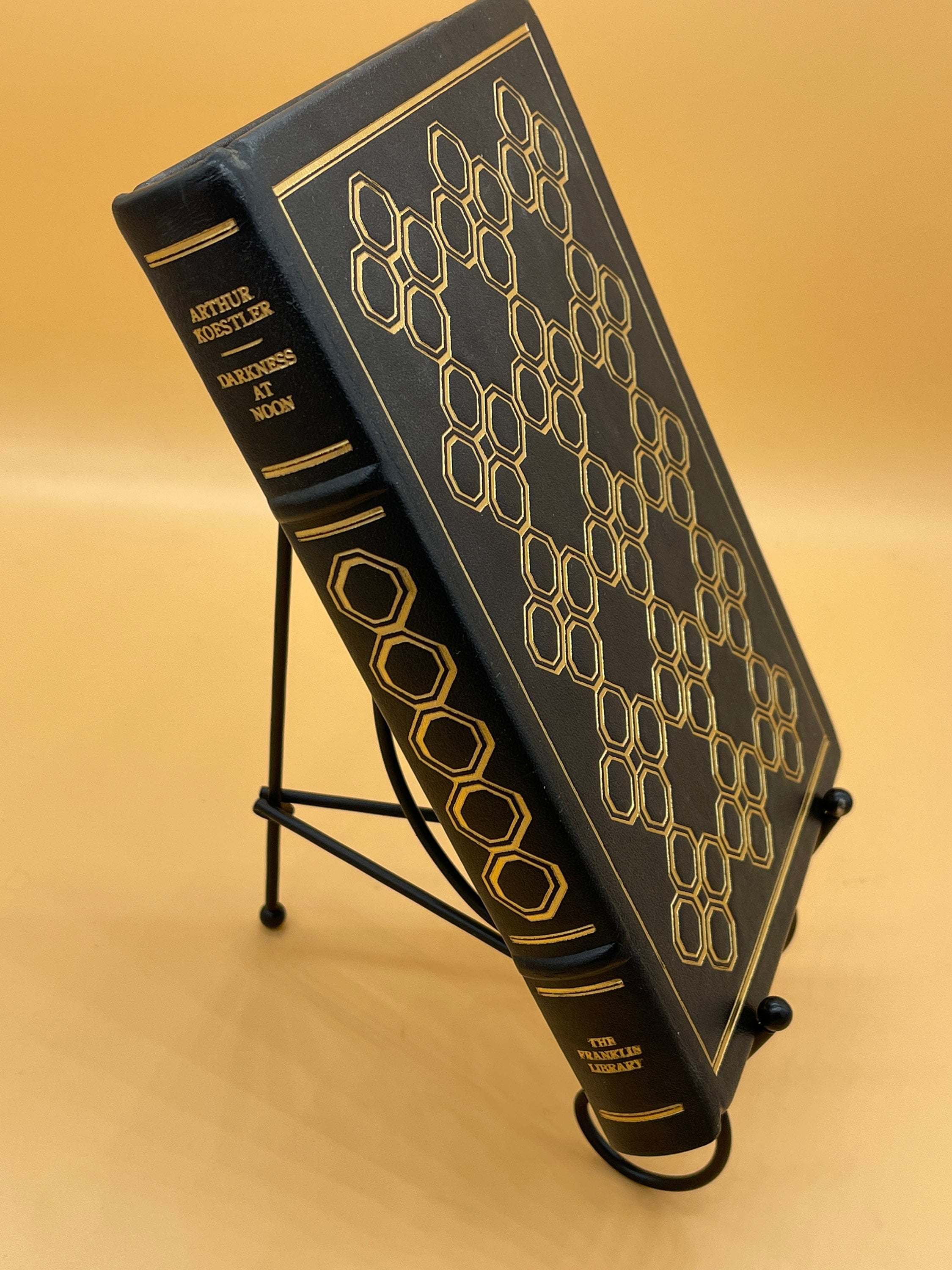 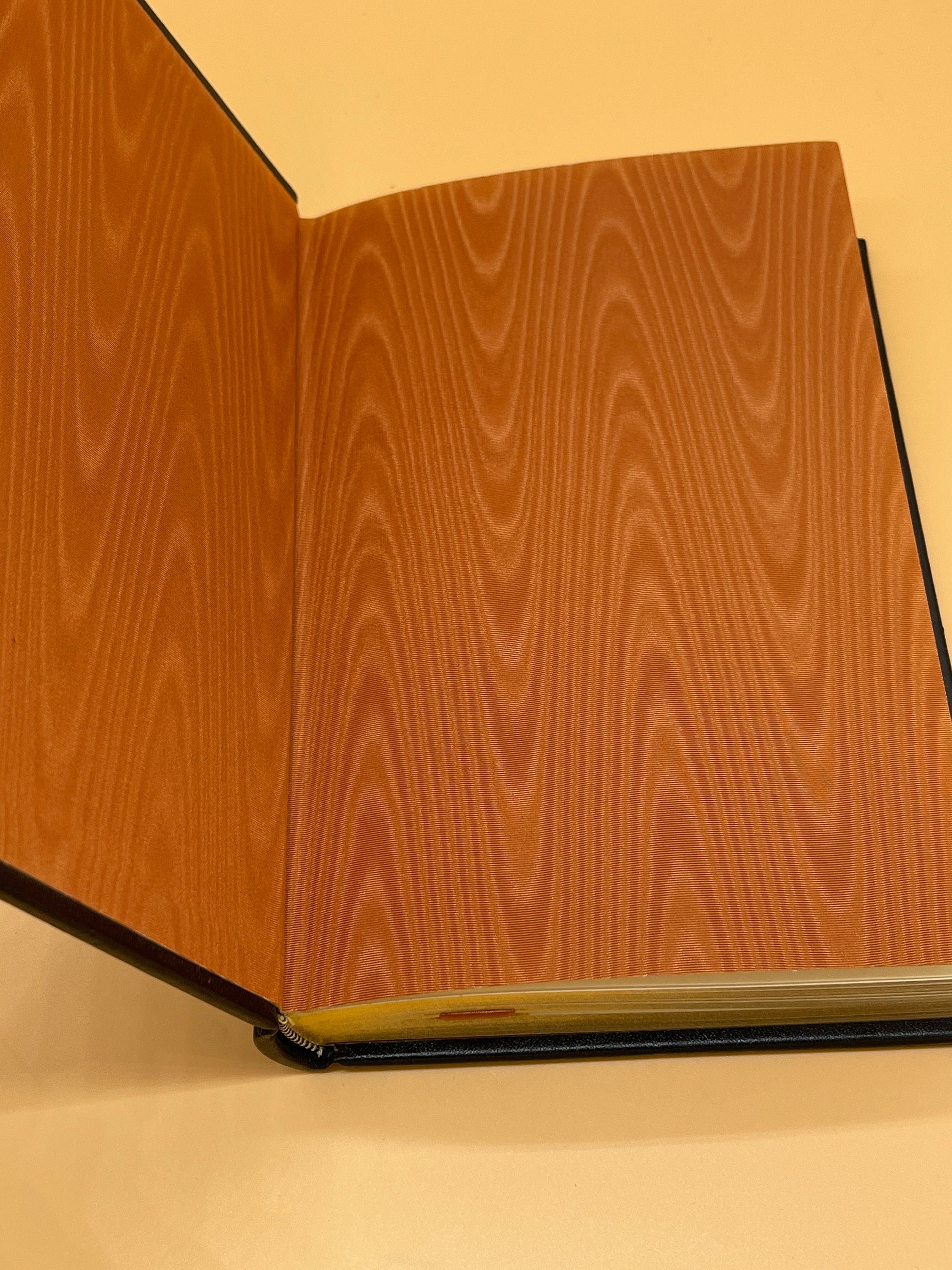 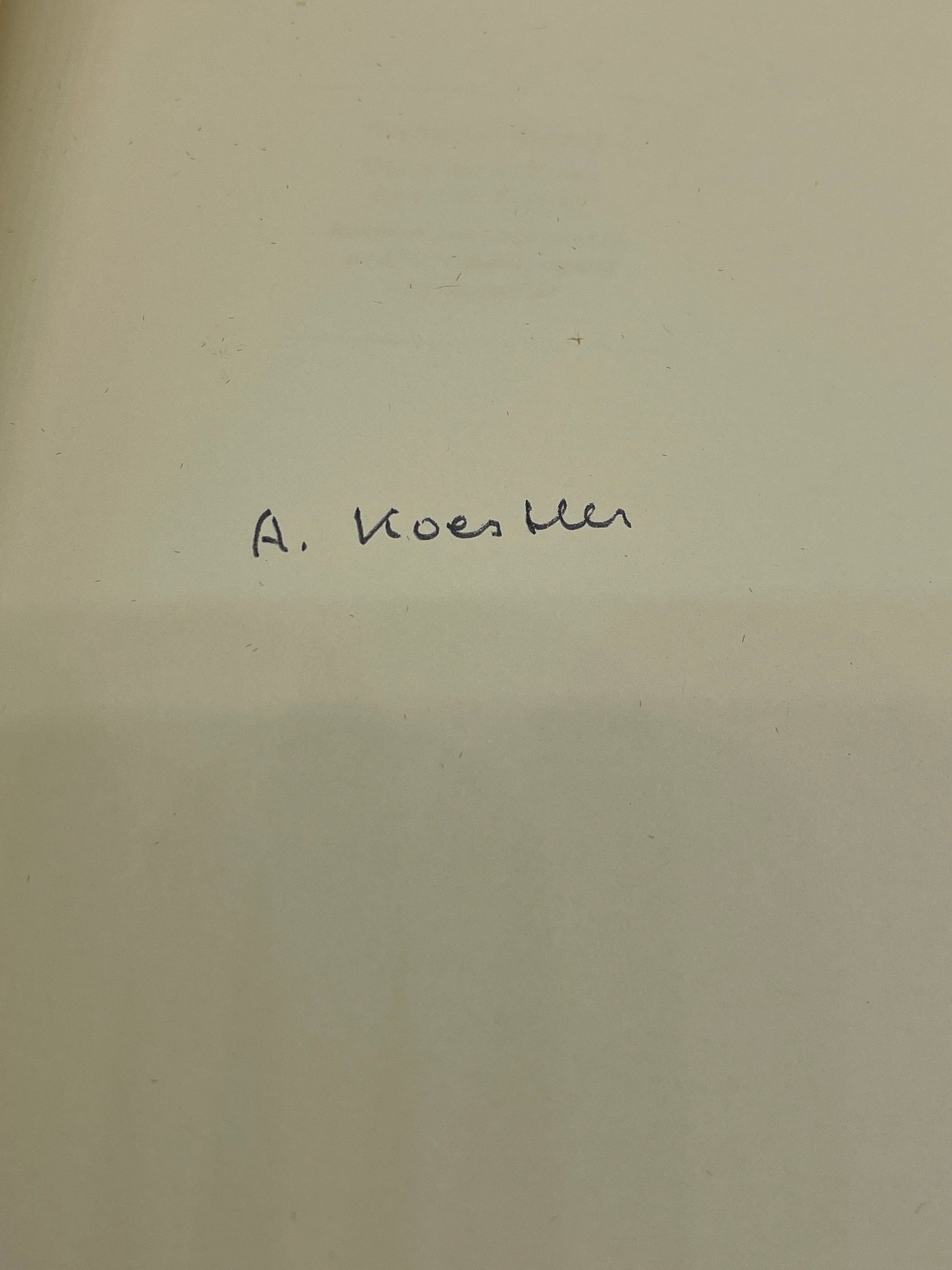 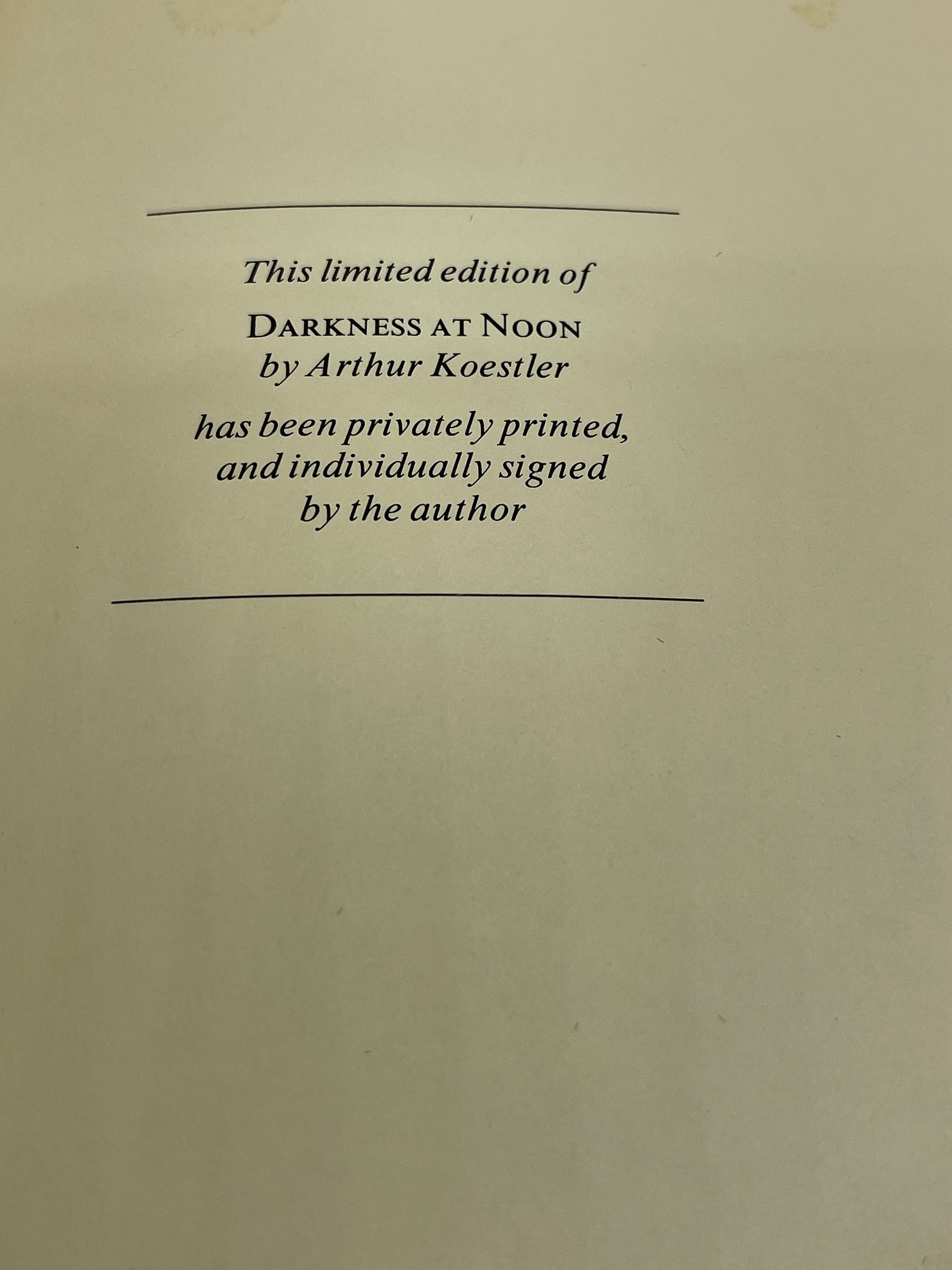 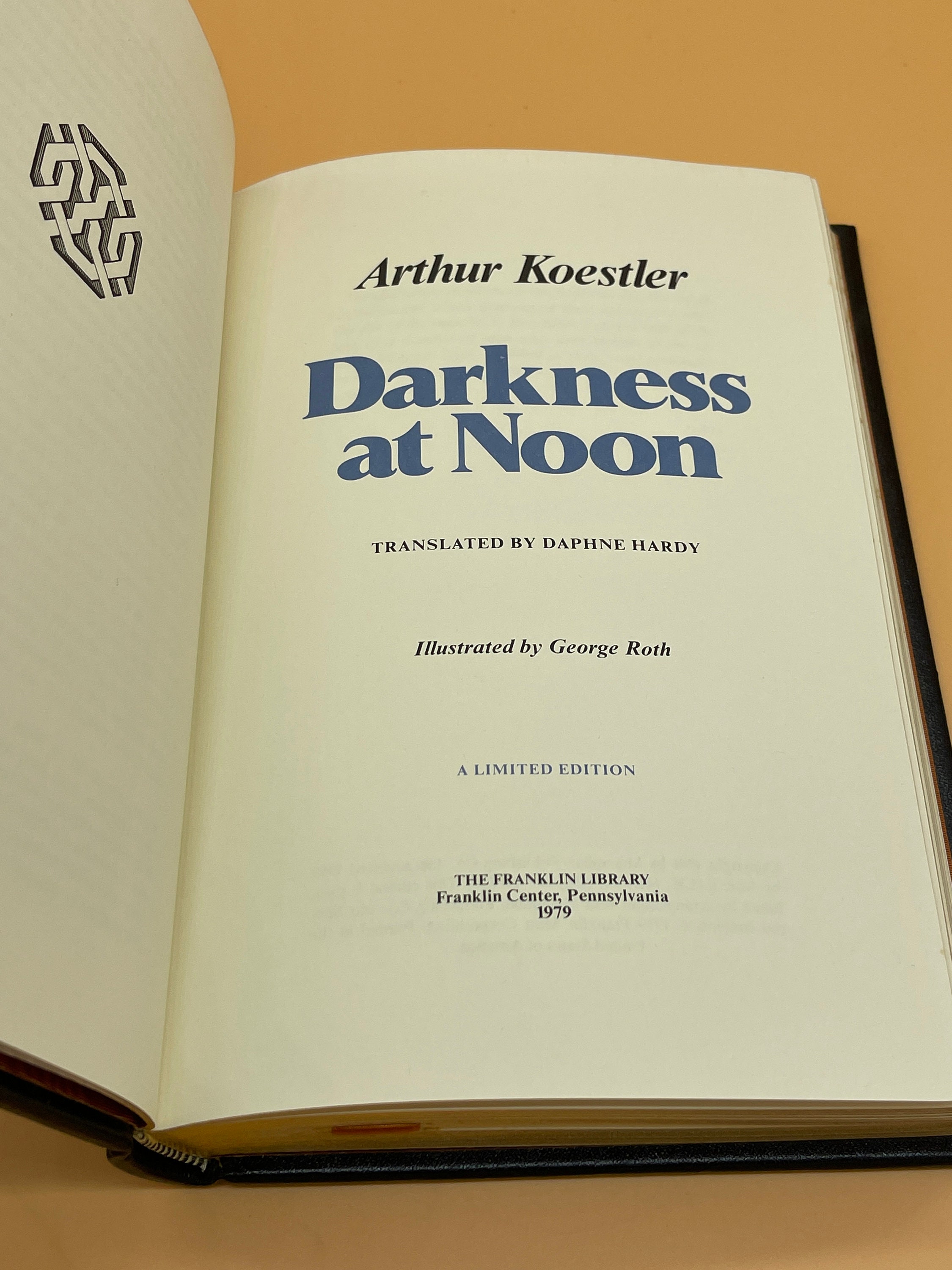 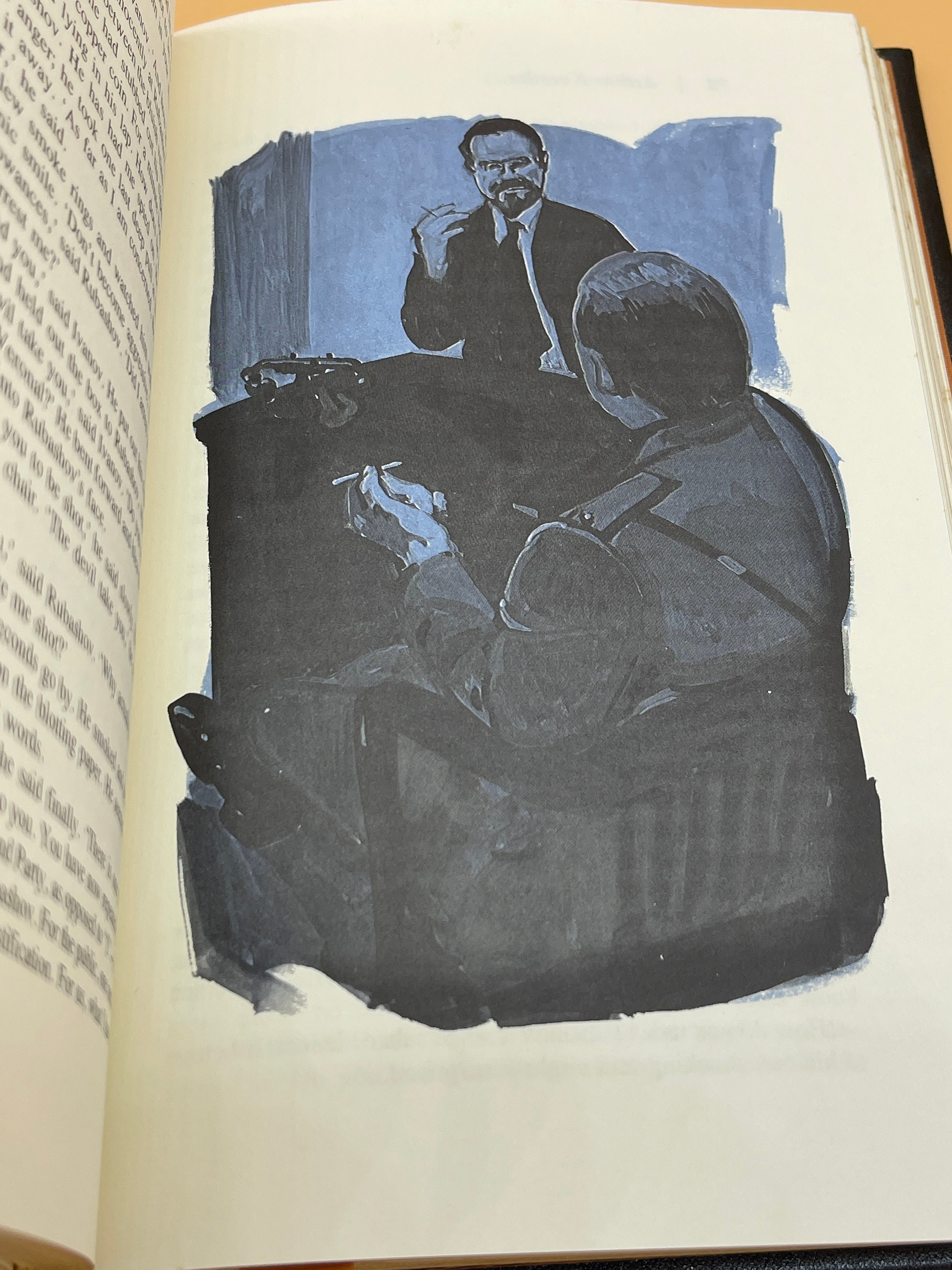 This is a near fine leather-bound hardcover. Franklin Library Signed Limited Edition 1979. This copy is crisp and clean inside and out. The pages are crisp, clean and free of markings. The handsome Smyth sewn binding is tight and straight. Bound in black leather with gold gilt cover design and lettering, this edition also has gold gilt page edges. There is slight wearing to gold gilt page edges but still near fine. Hubbed spine with silk moire fabric endpapers. Sewn in satin bookmark.

Darkness At Noon was published in 1940 and is Arthur Koestler's best known work. The novel is set between 1938-40 and despite depicting real events, the novel uses generic terms for people and organizations, such as "the Party" or "Number One", rather than name Russia, The Soviets, or Nazi Germany.
Originally written as the second part of a trilogy, Darkness at Noon is an allegory set in the unnamed USSR as Stalin (also unnamed in the novel) secured his dictatorship and eliminated rivals.