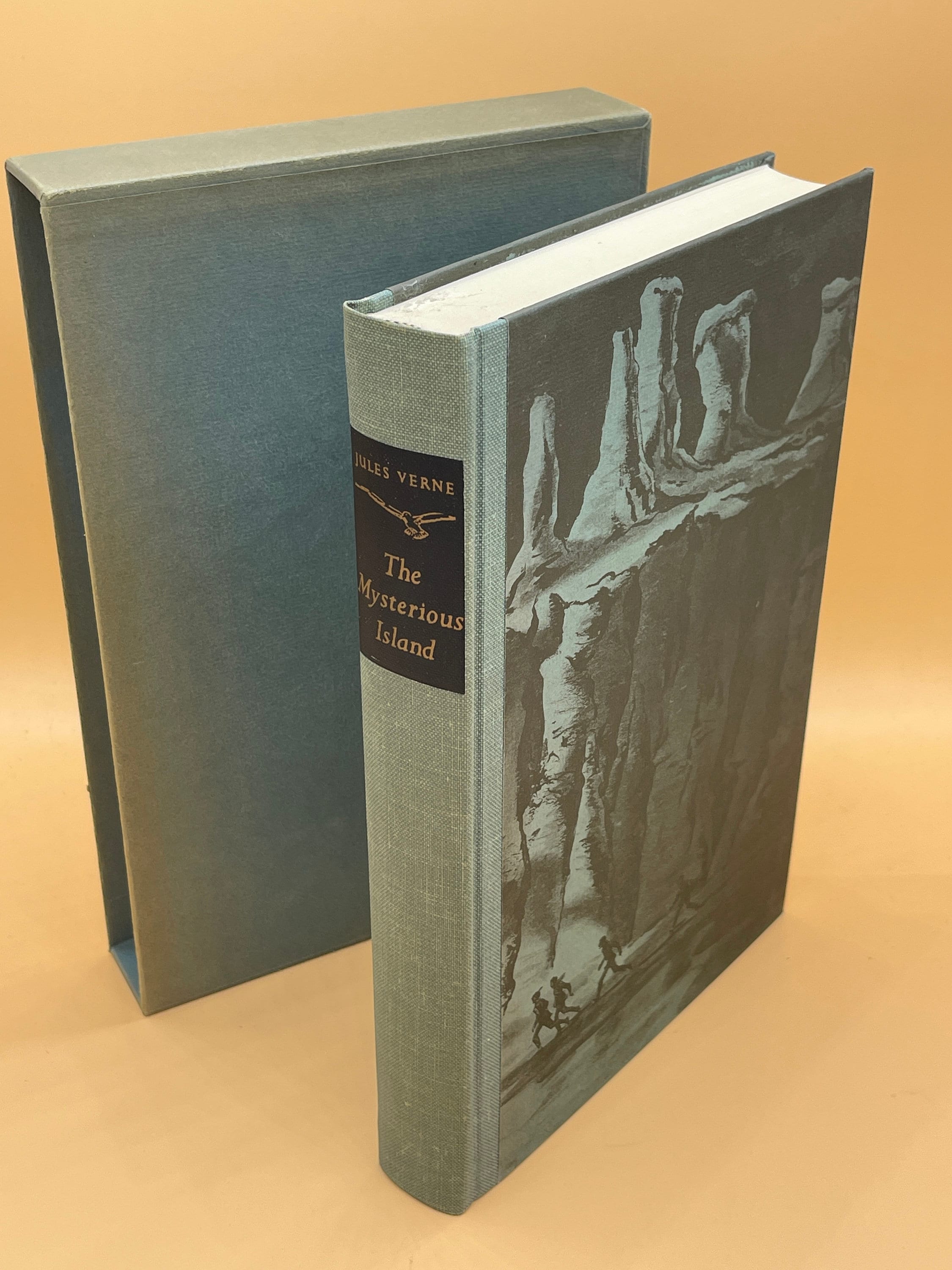 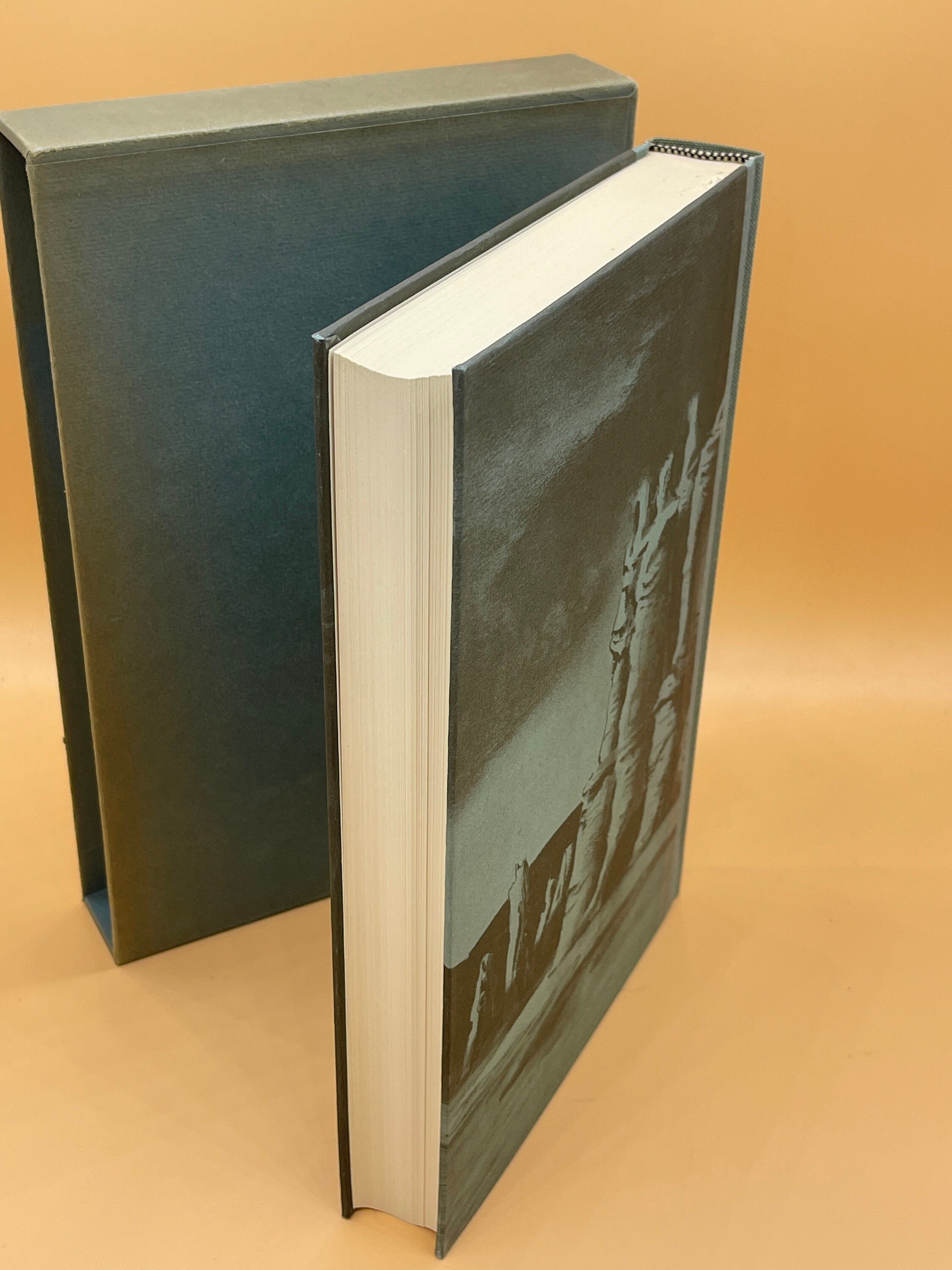 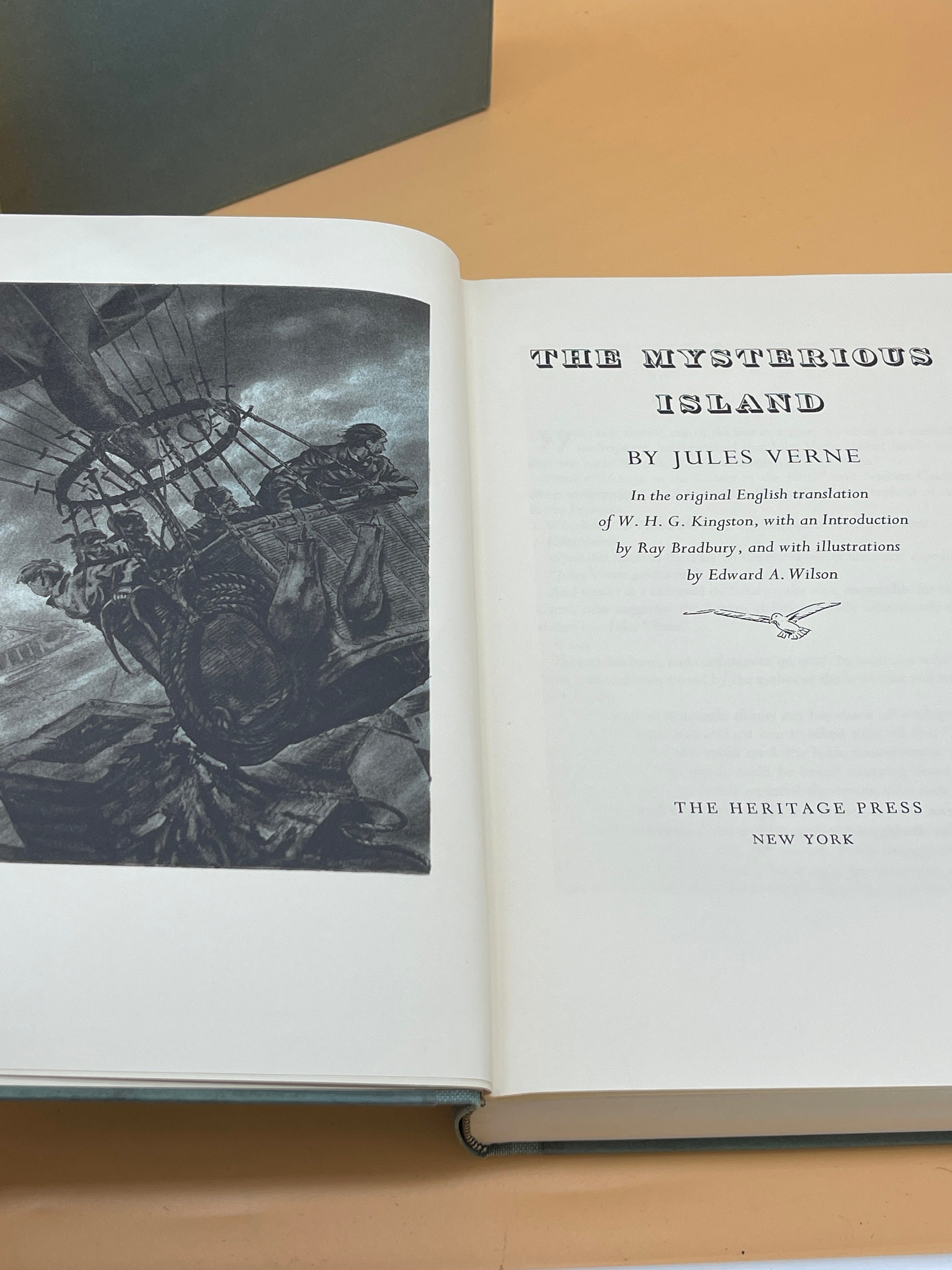 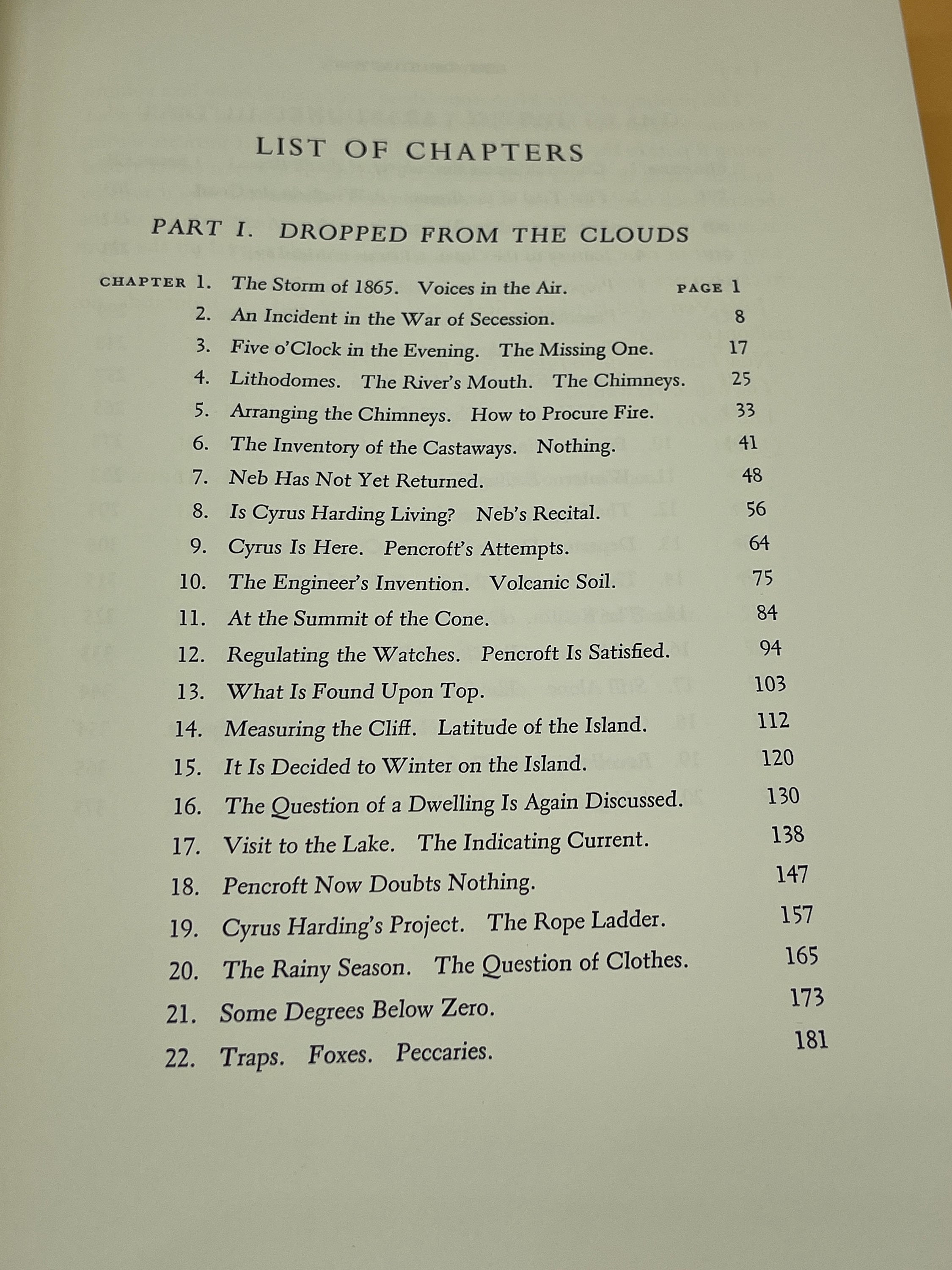 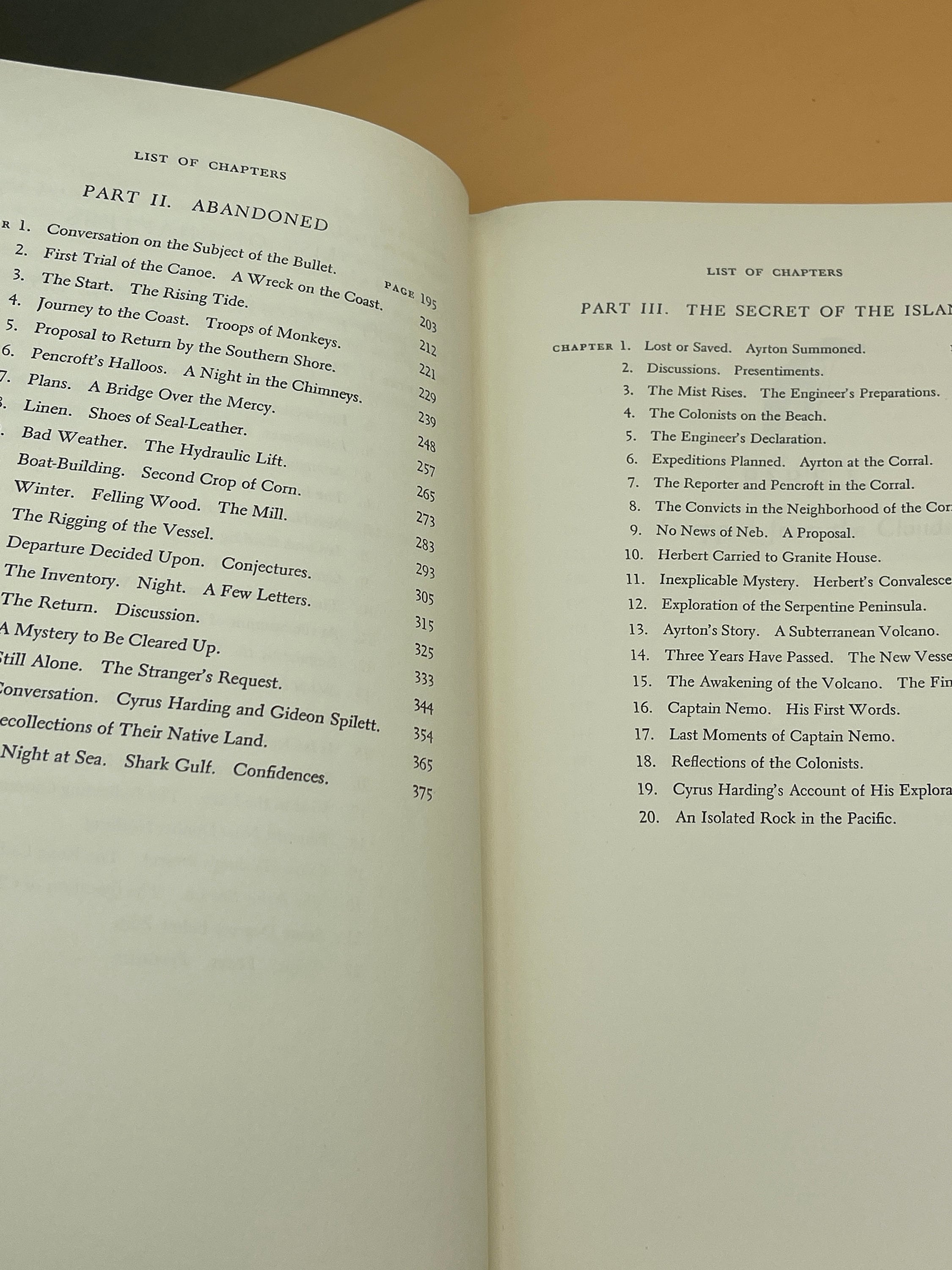 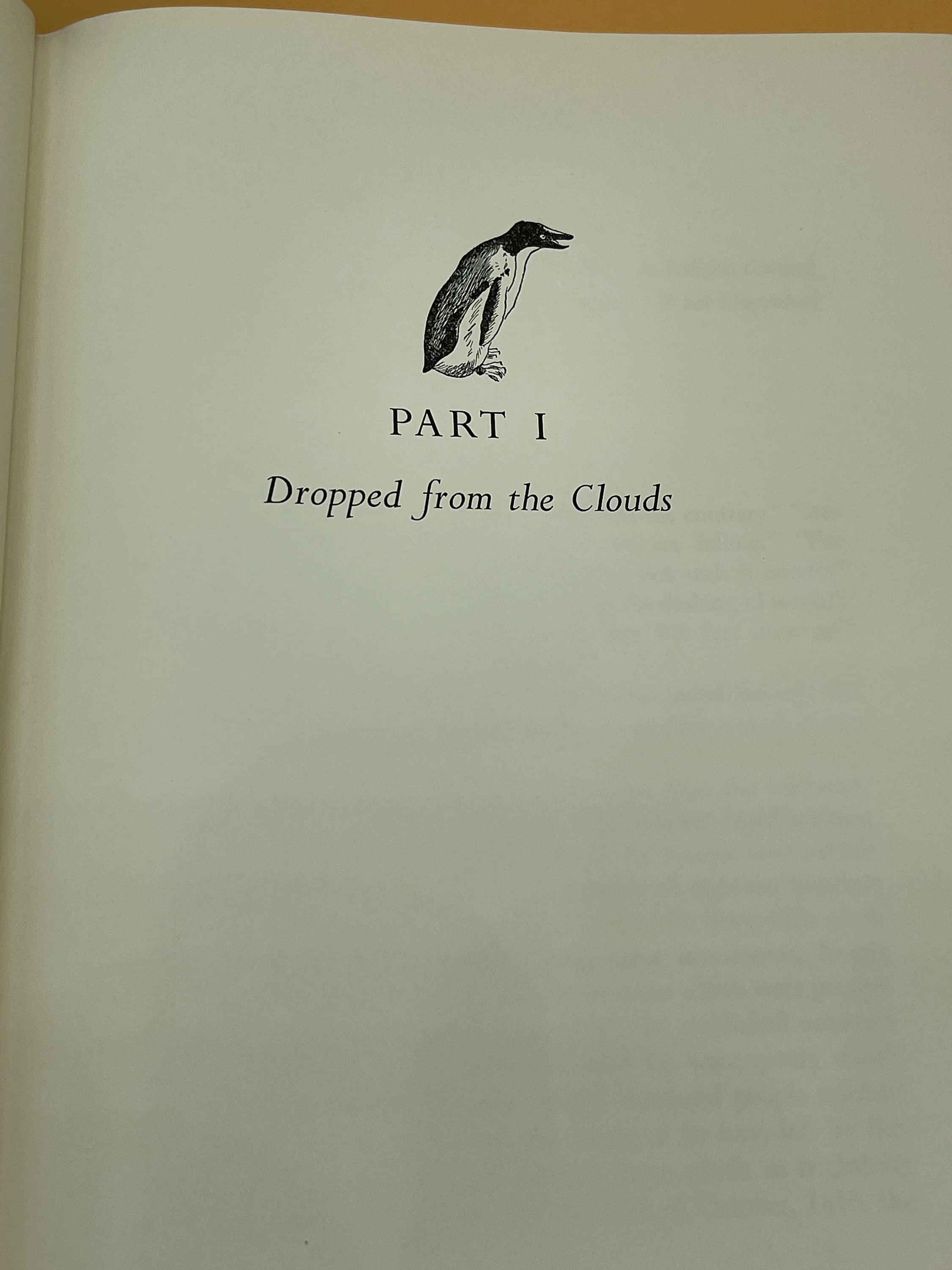 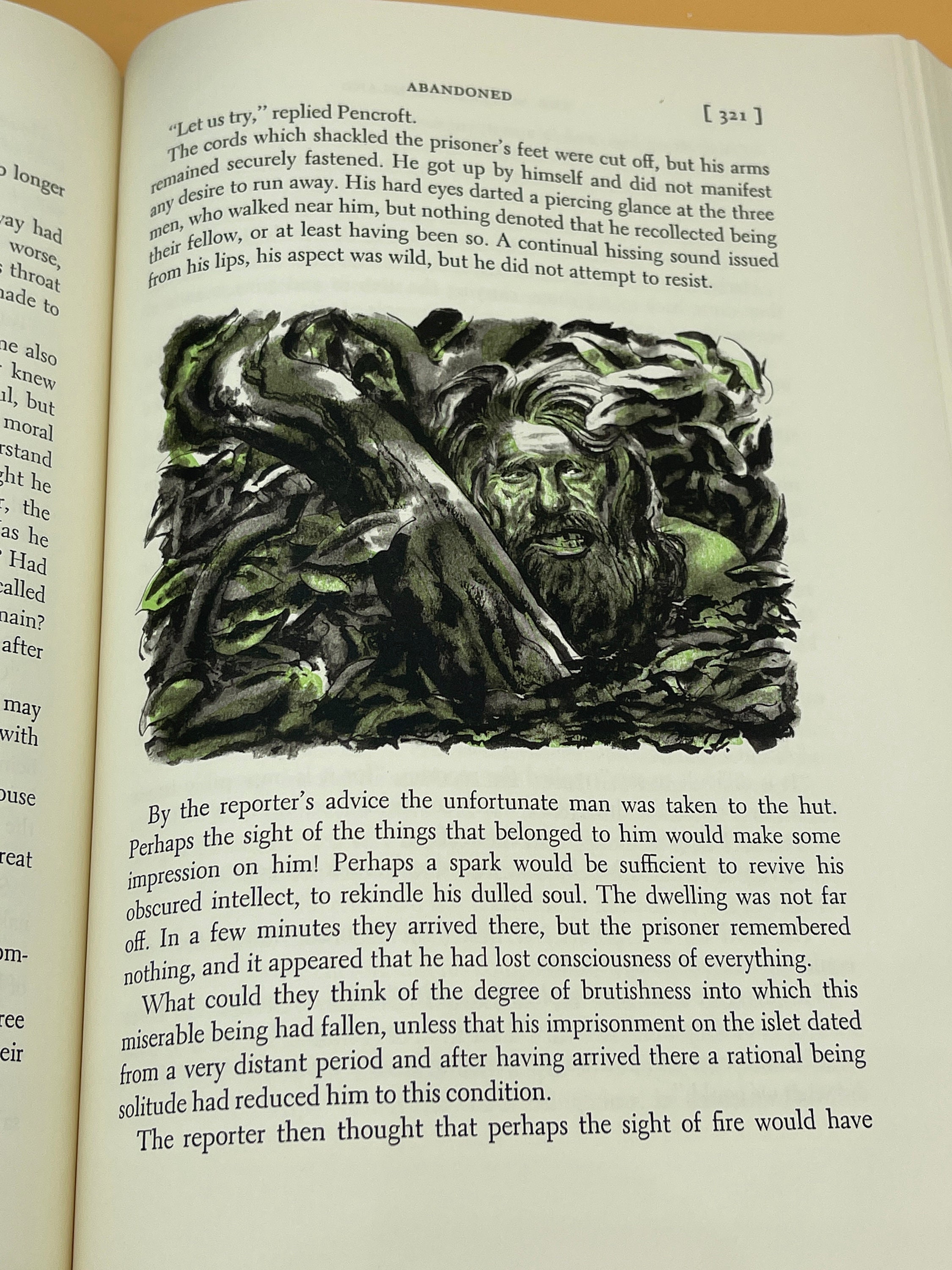 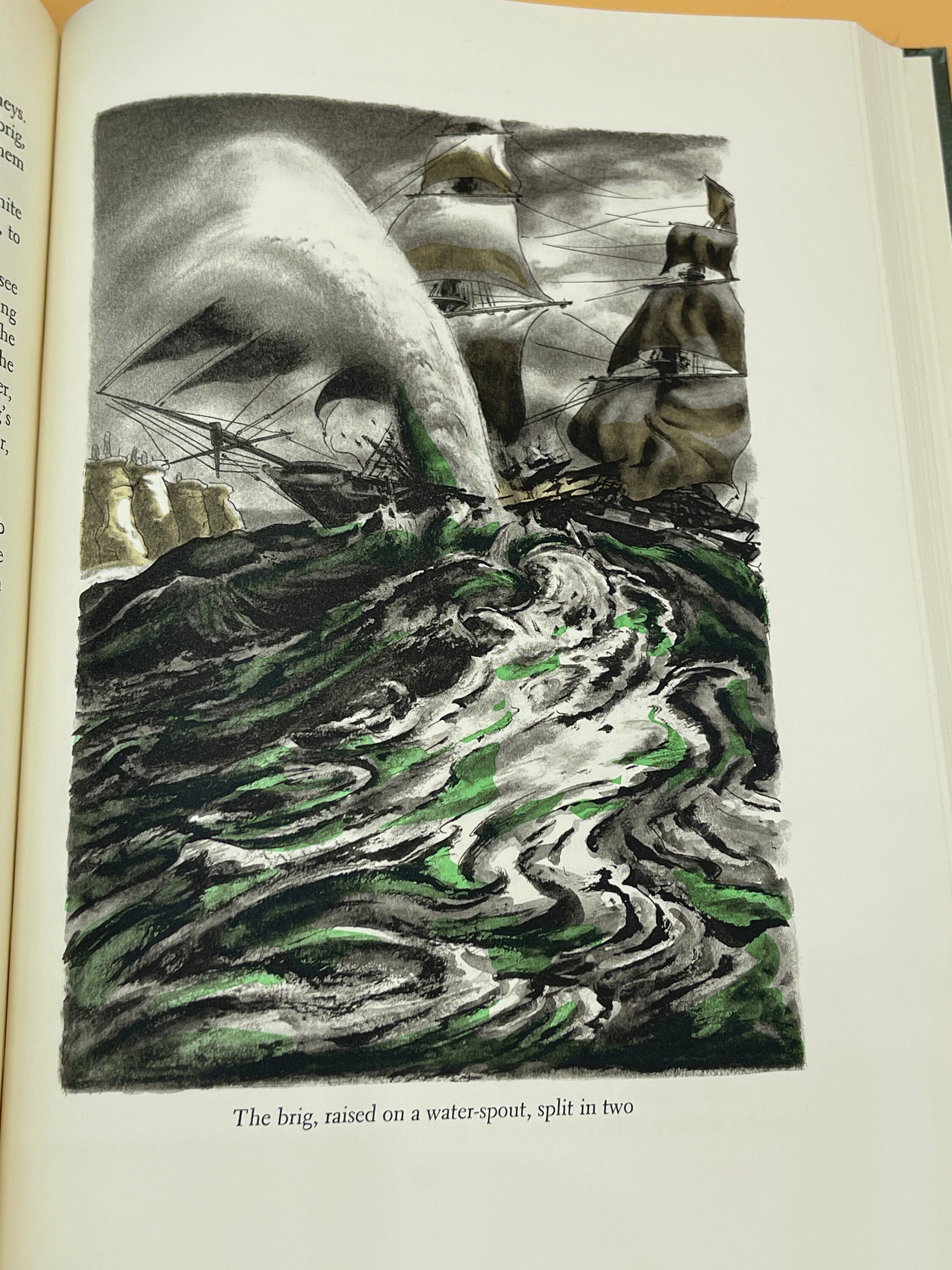 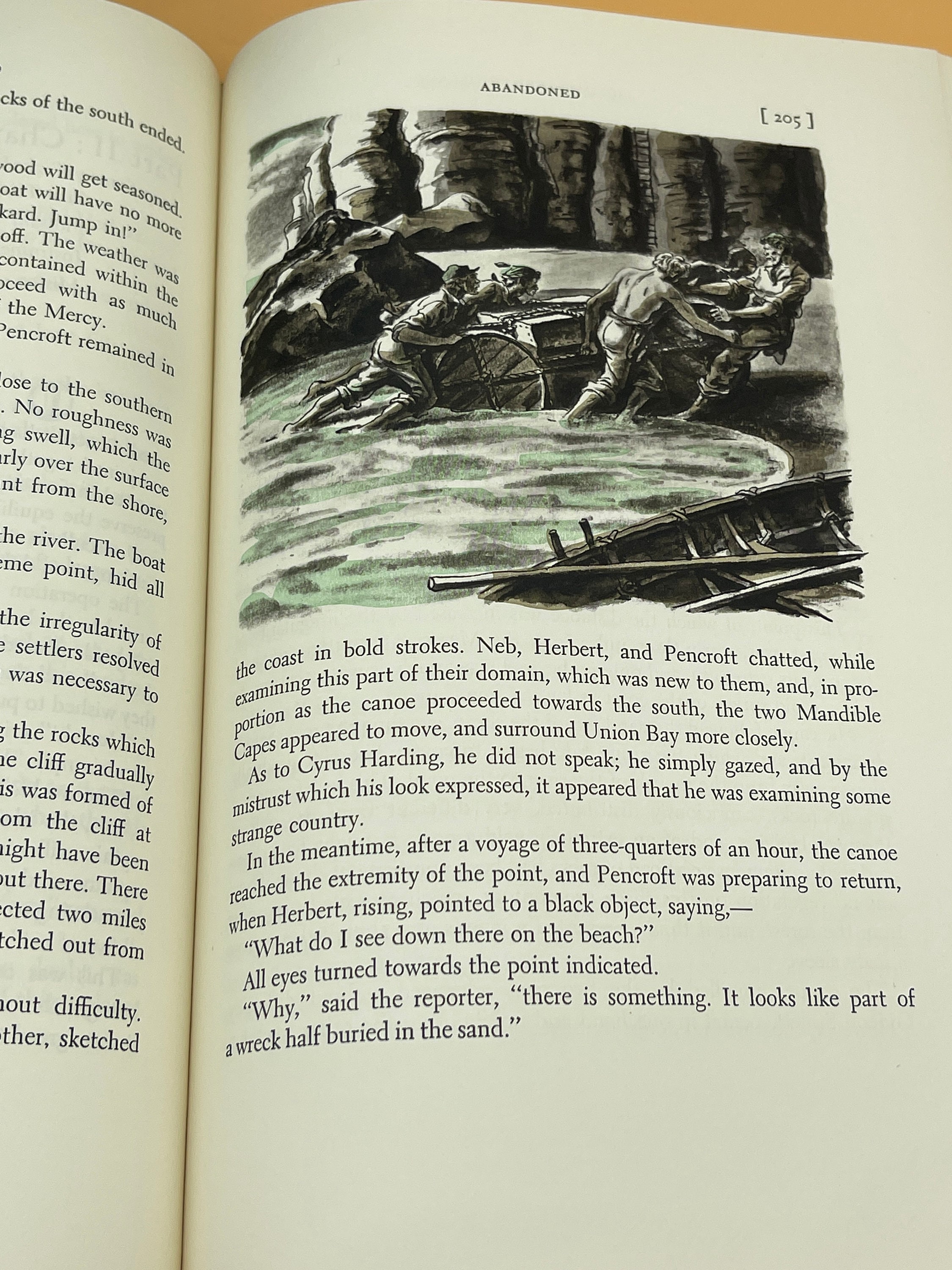 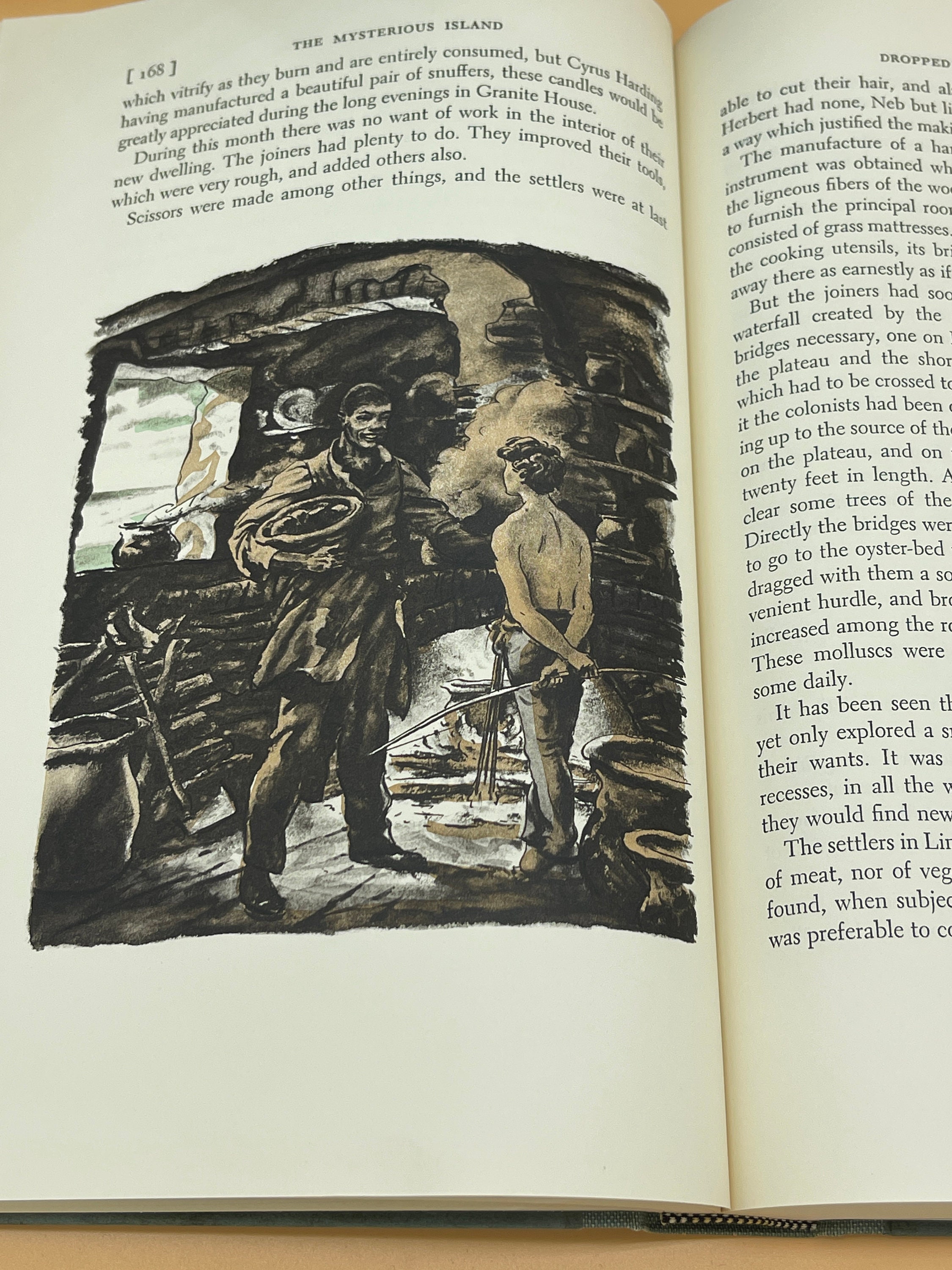 The Mysterious Island by Jules Verne Heritage Press in Slipcase 1959 Intro by Ray Bradbury Illustrations by Edward A. Wilson

This is a fine, almost like new hardcover in slipcase. 1959 Heritage Press. This copy is crisp and clean inside and out. The pages are crisp, clean and free of markings. Binding tight and straight. the illustrated cover in near fine and the slipcase is very good with only a hint of fading or wear. Imperial Octavo, 8.5"x11.5" and 568 pages.

Heritage Press, George Macy Co., issued select literary classic to its monthly members from 1937-1982. Though not leather or considered "fine" bindings, they are nonetheless very handsome, slipcased and well produced books. The covering of this edition is pictorial front and back, on green-blue paper of fine quality. Illustrated by Edward A. Wilson.

The Mysterious Island is supposed to have happened during the American Civil War, even though is is supposed to happen after years after "Twenty Thousand Leagues", whose plot began in 1866. The plot begins when 5 Northern prisoners of the Civil War escaped during the Siege of Richmond and hijack an observation balloon. After flying through a storm, the group lands on an unknown volcanic island. They name it Lincoln Island.
Eventually, the island is revealed to be Captain Nemo's hideout and port of the Nautilus. After the island is destroyed by a volcanic eruption, the group must find their way back to the United States.