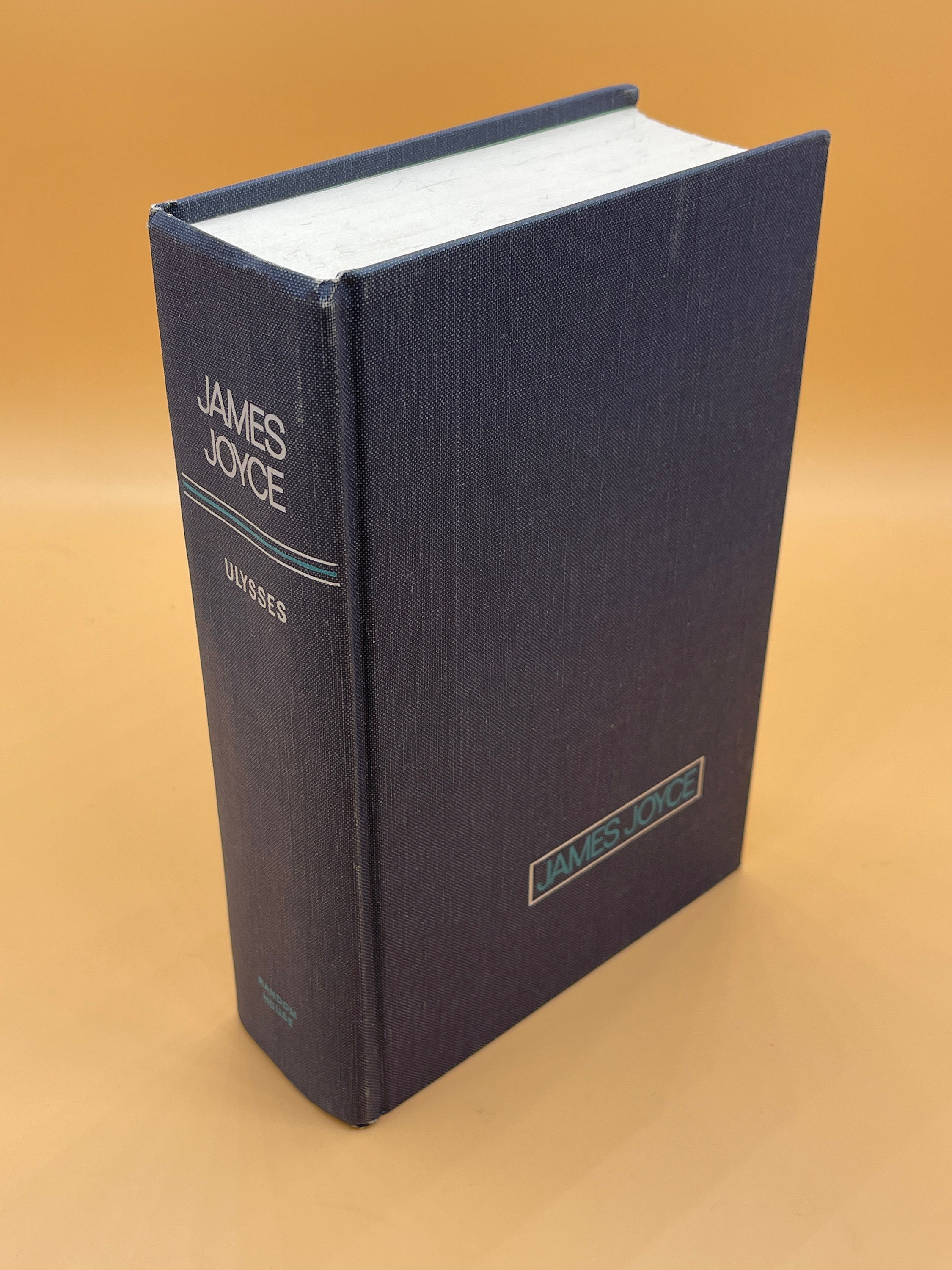 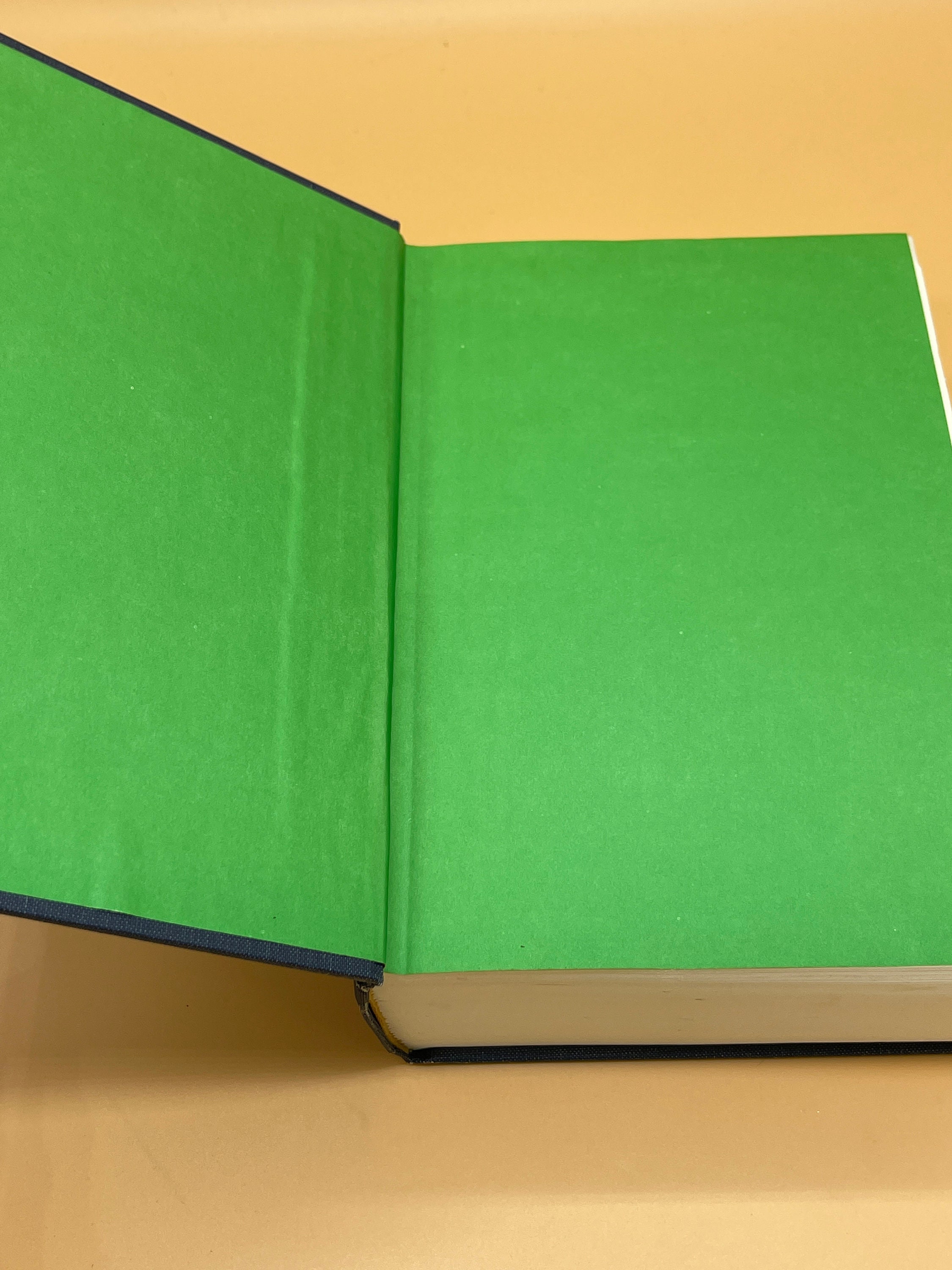 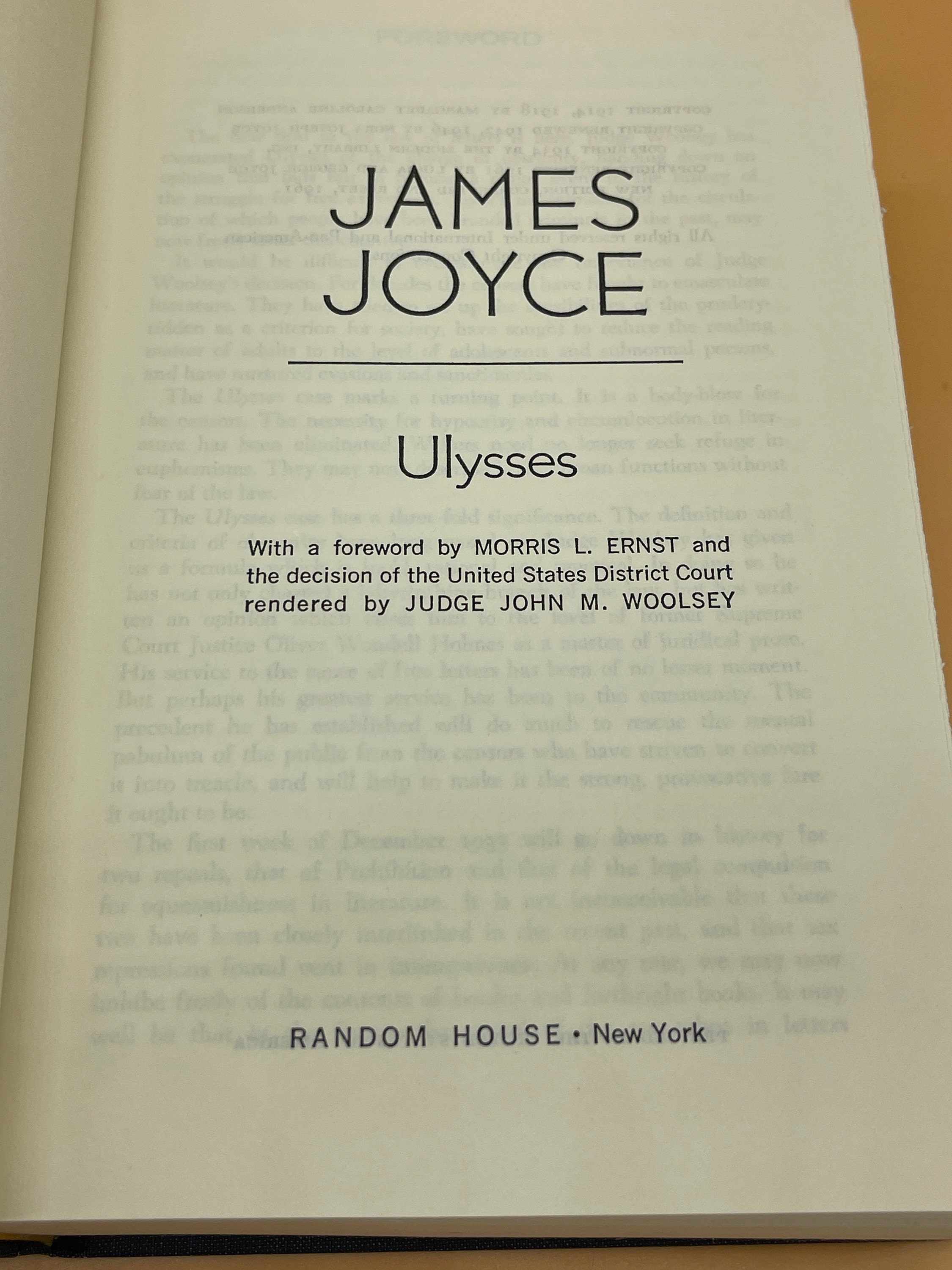 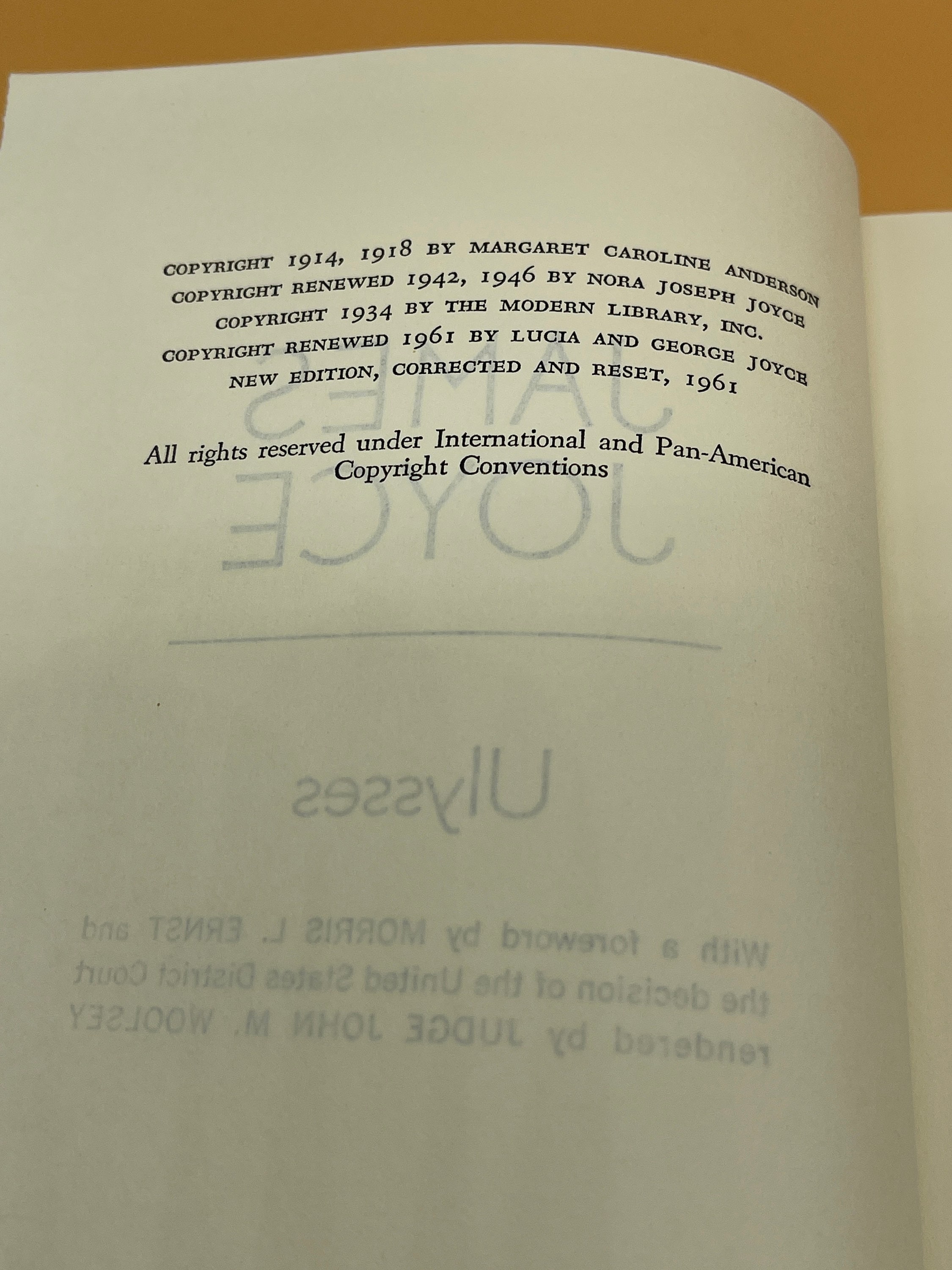 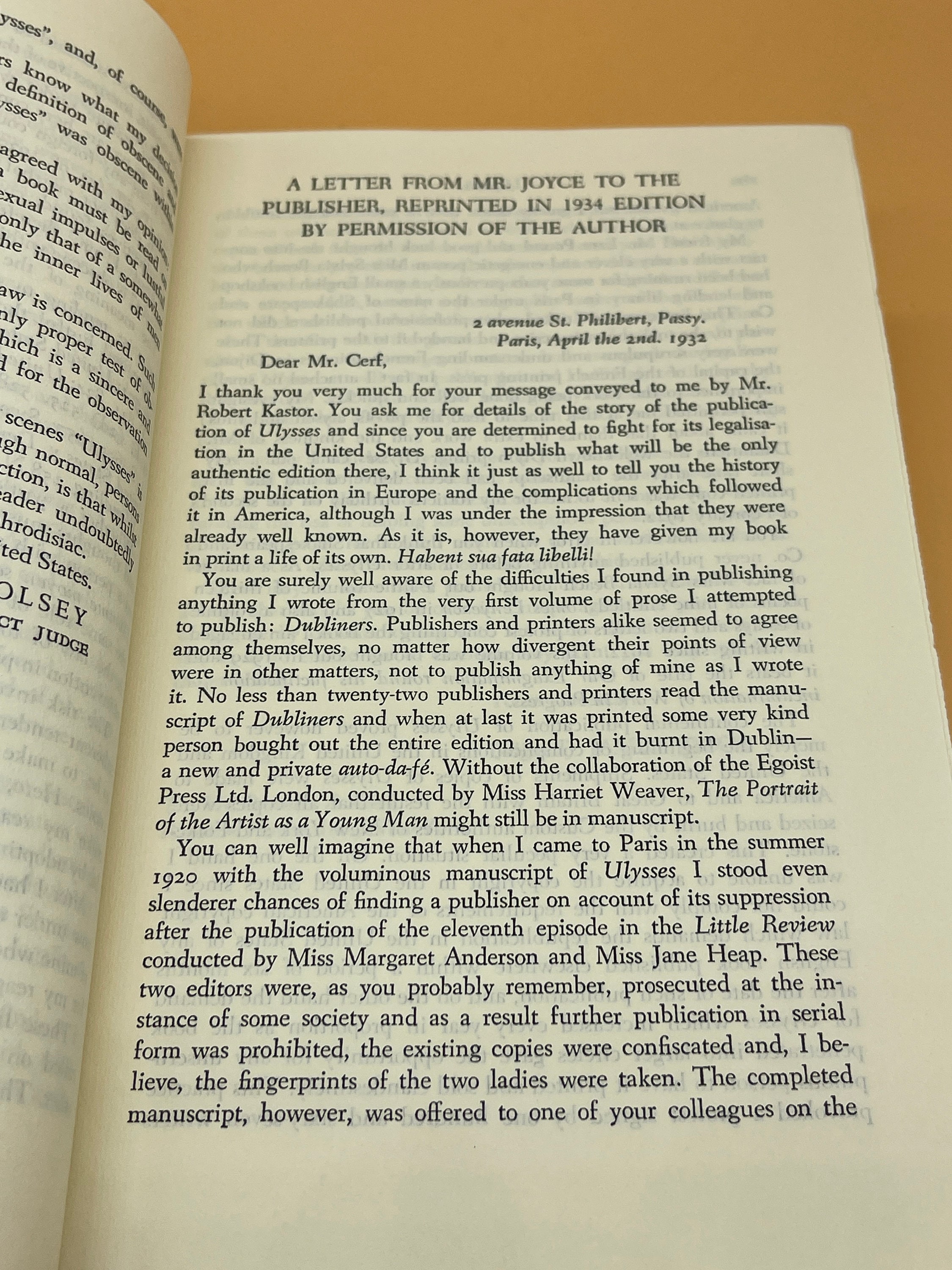 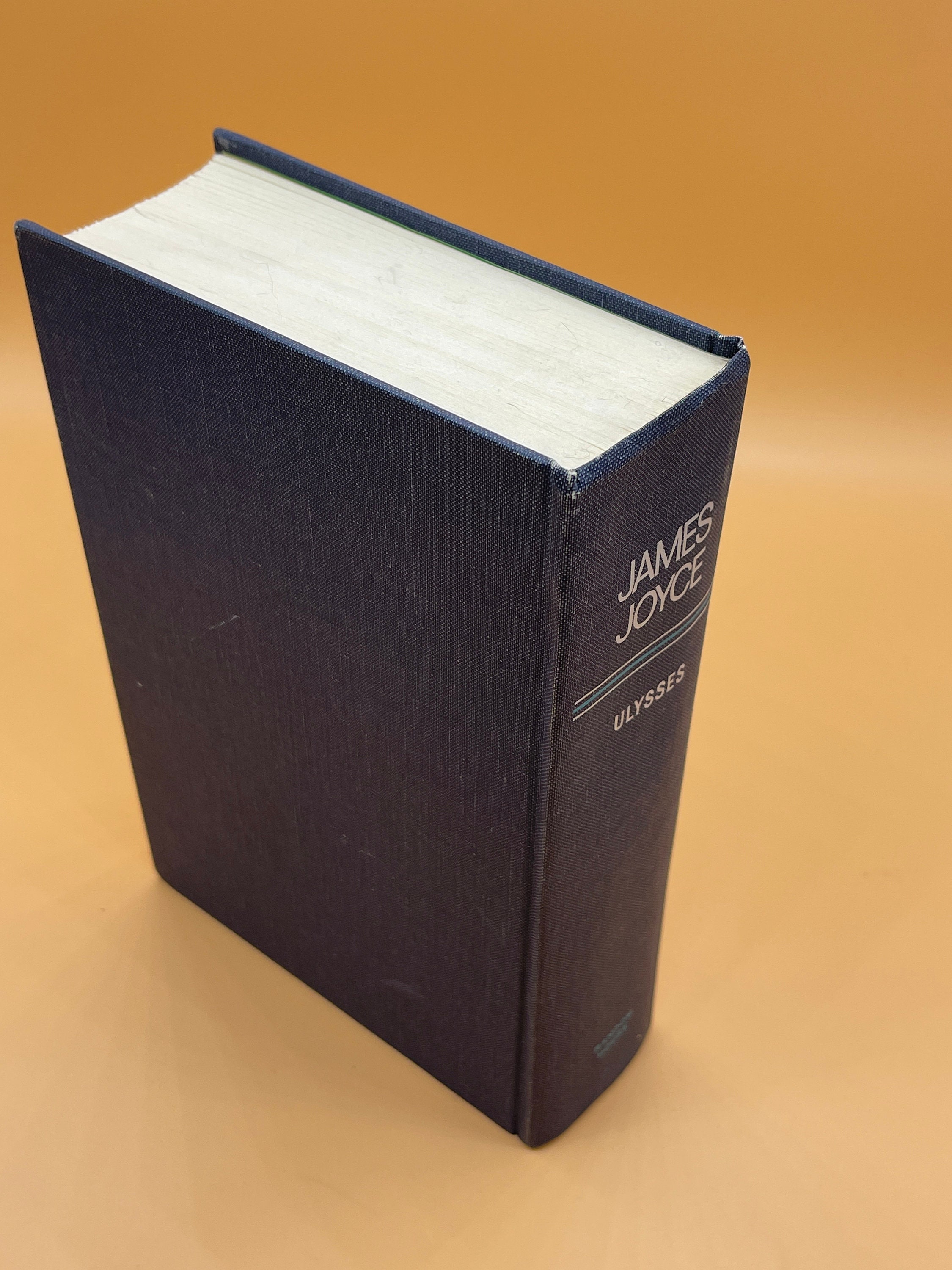 This is a very good hardcover, NO DUST JACKET, jacket missing. 1961 Random House. This copy is crisp and clean inside and out. The pages are crisp, clean and free of markings. The blue cloth hardcover boards are very good, only a hint of shelf wear to corners. 8vo 768 pages. Green endpapers front and back.

This edition from Random House is revised and includes foreword by Morris L. Ernst and the decision of the United States District Court rendered by Judge John M. Woolsey.
In 1920 Ulysses was serialized in a literary magazine and subsequently published by Sylvia Beach in Paris, 1922. Publication was stopped for over a decade in the United States because of a court case brought against a chapter originally published in the literary magazine, The Little Review. The court convicted the magazine publishers for the chapter in question which was the subject of the complaint and lawsuit.
In 1932 Random House had the publication rights and Brough a case to challenge the ban on Ulysses. A copy of the Paris edition was to be imported and "seized" at customs leading to a court challenge, but none of that happened and the copy was forwarded to Random House whereupon Morris Ernst, a Random House attorney took the package BACK to customs, demanded it be seized and so it was. Seven months later, the Assistant U.S. Attorney took action against the work for being "obscene". In December of 1933 Judge John M. Woolsey rendered a decision that Ulysses was not pornographic.
This issue has a foreword from Random House attorney Morris Ernst and the decision of Judge Woolsey are a preface. This edition is complete and unabridged.