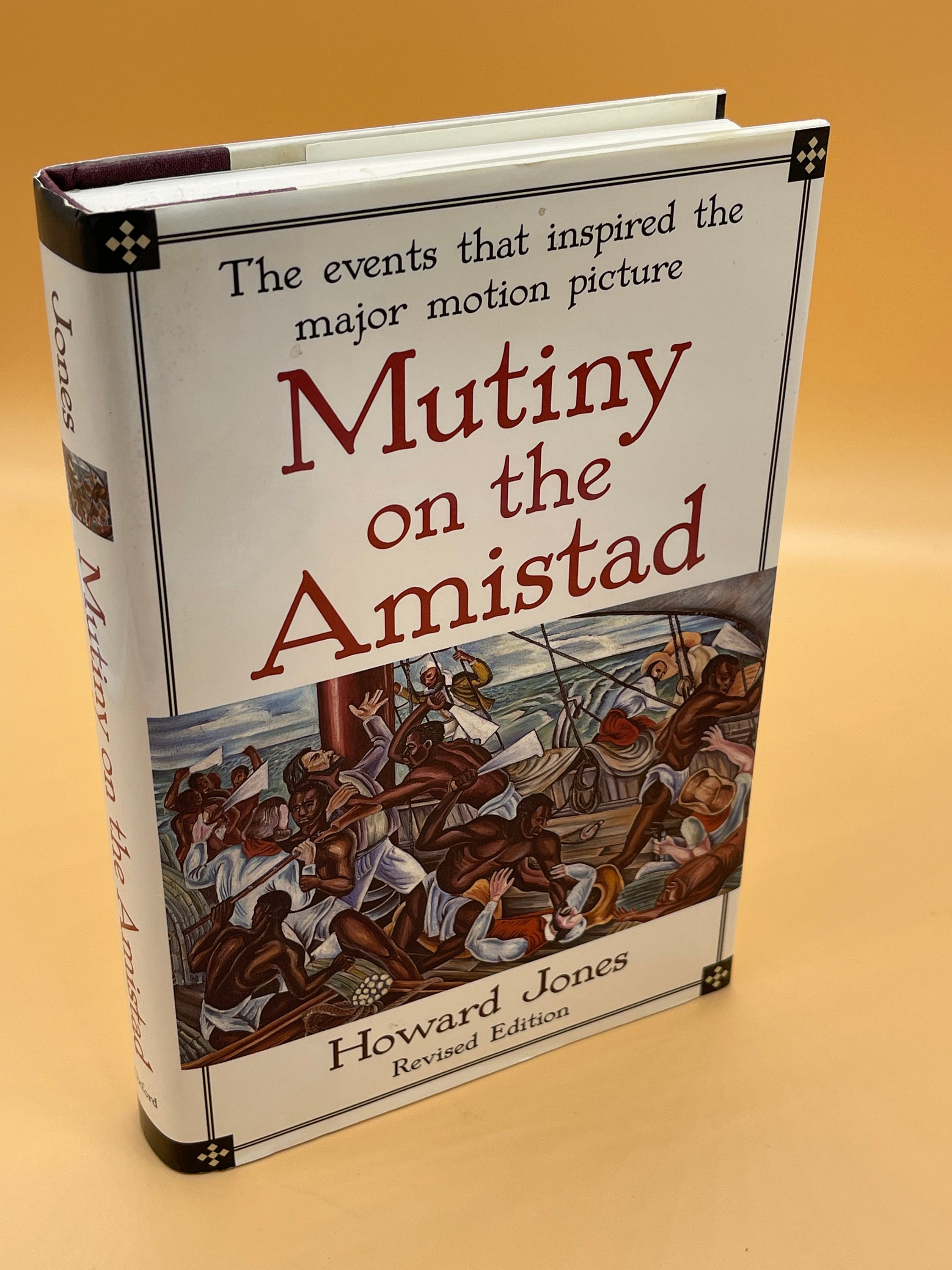 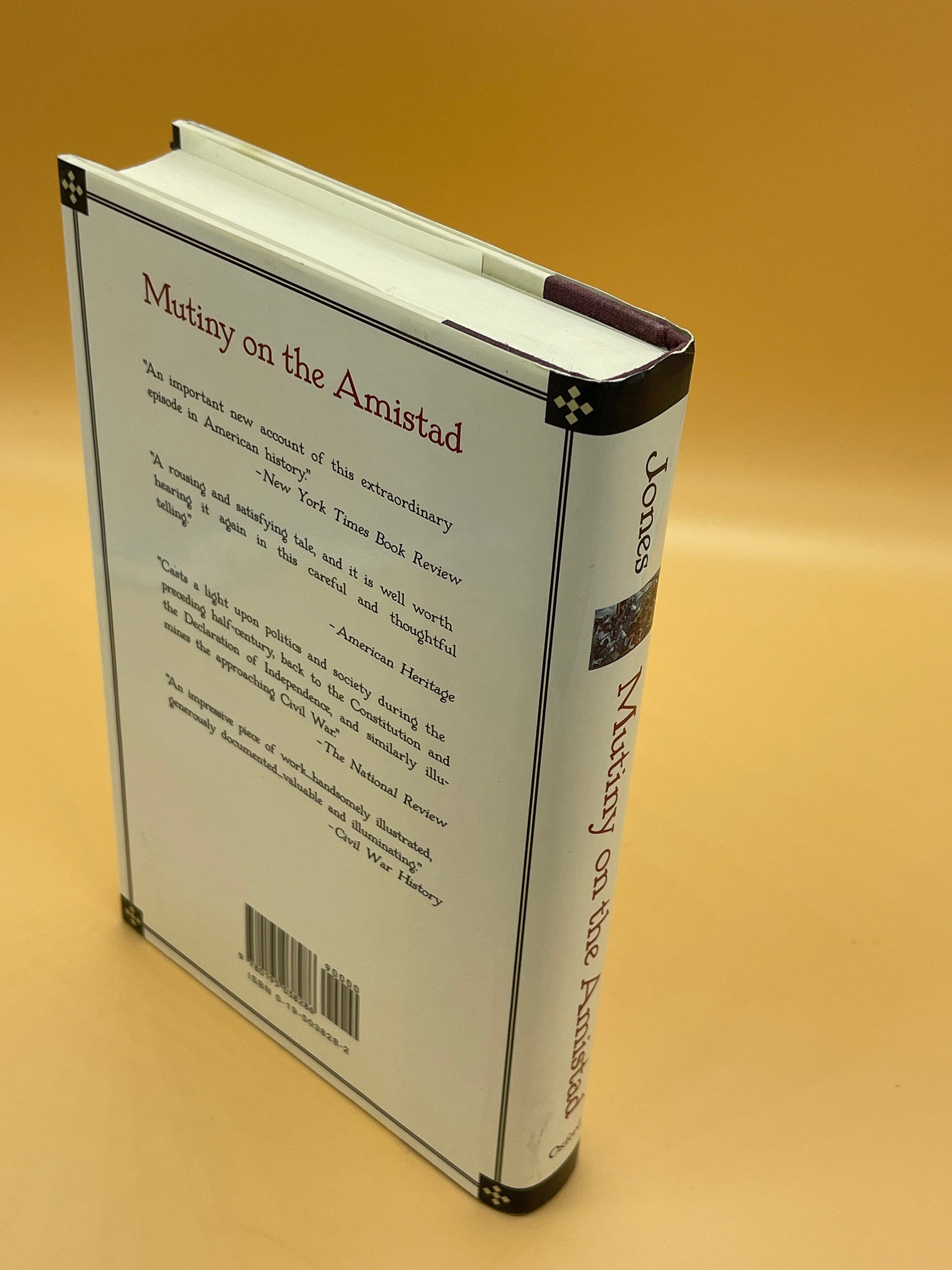 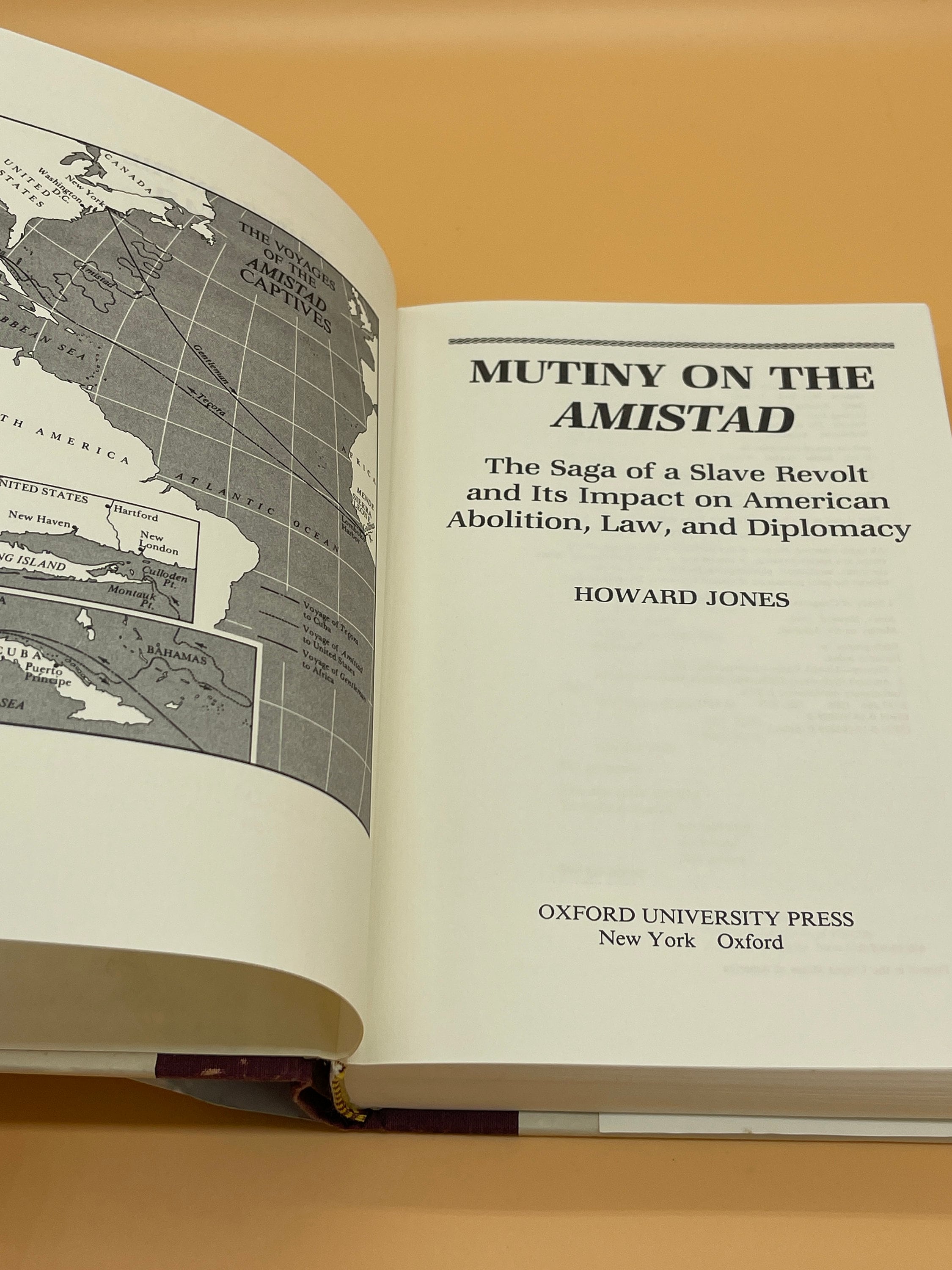 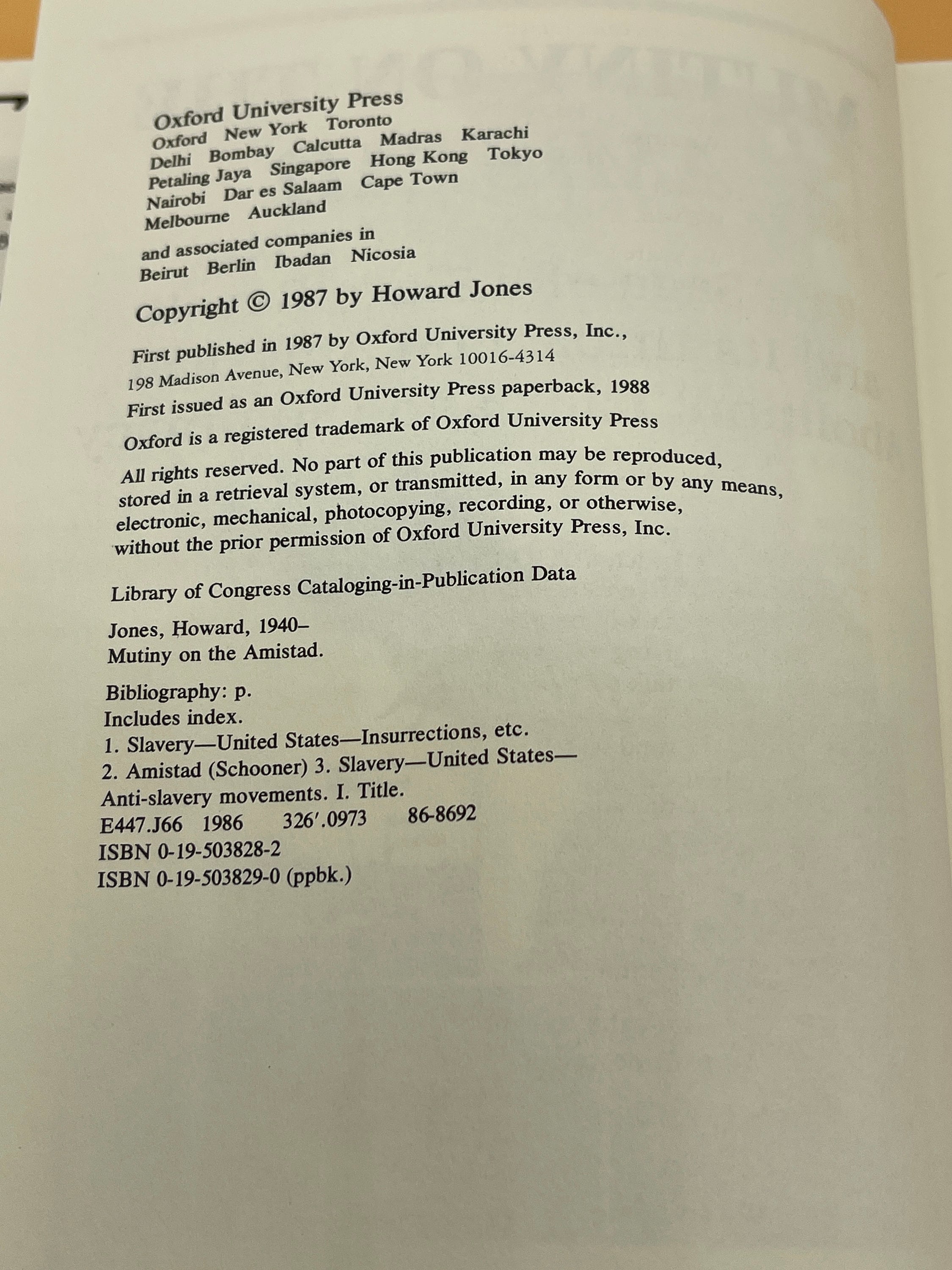 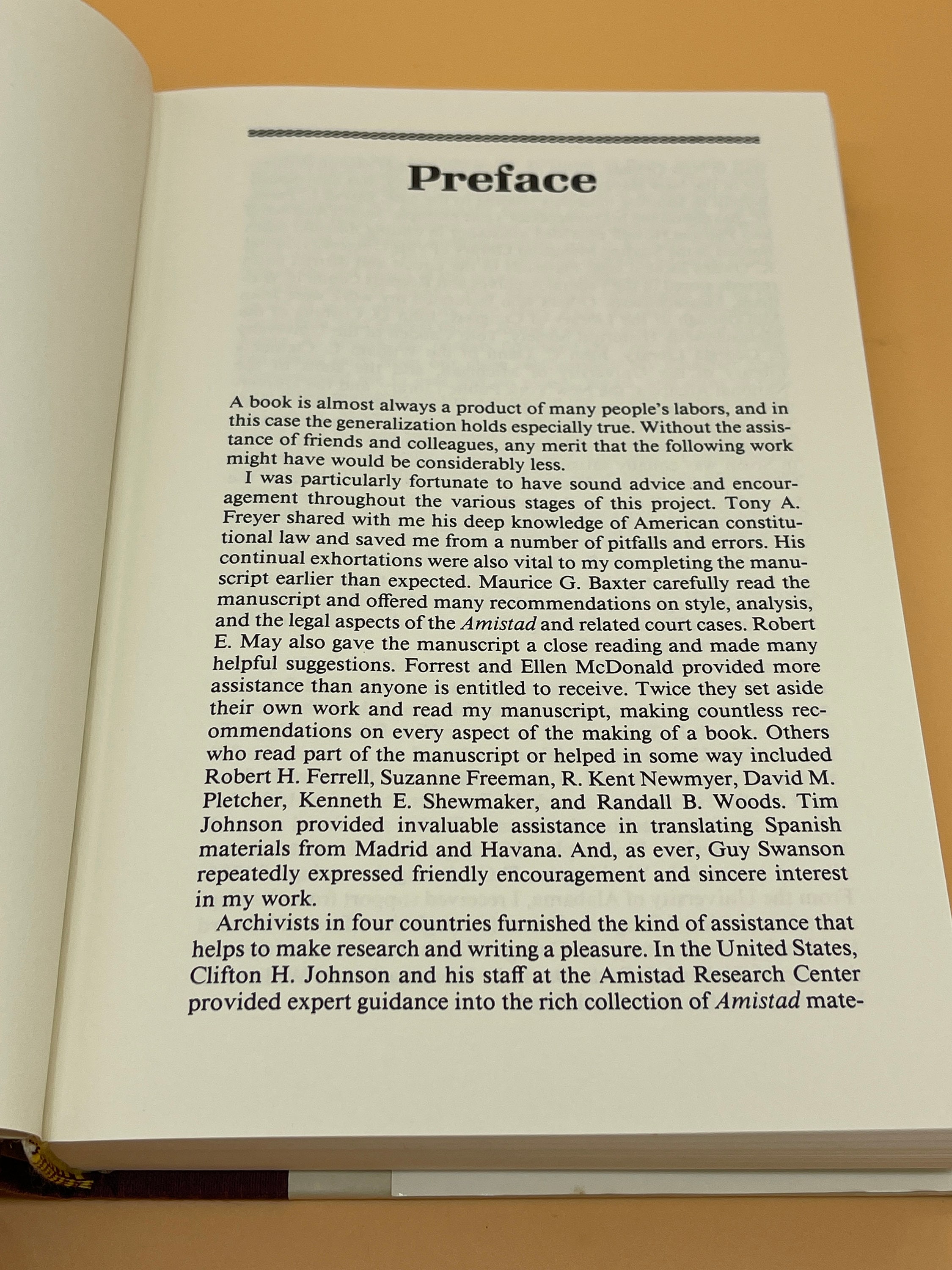 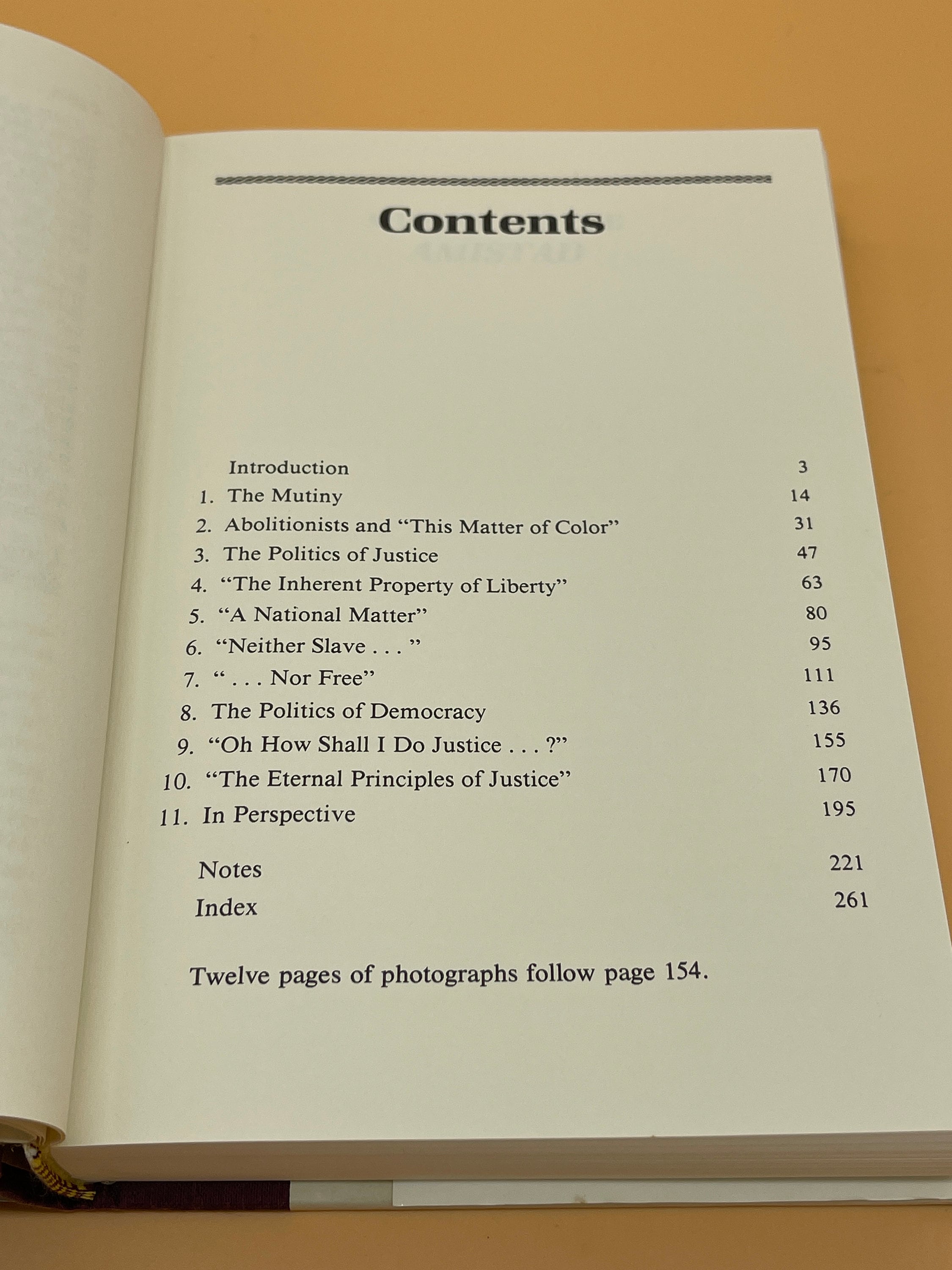 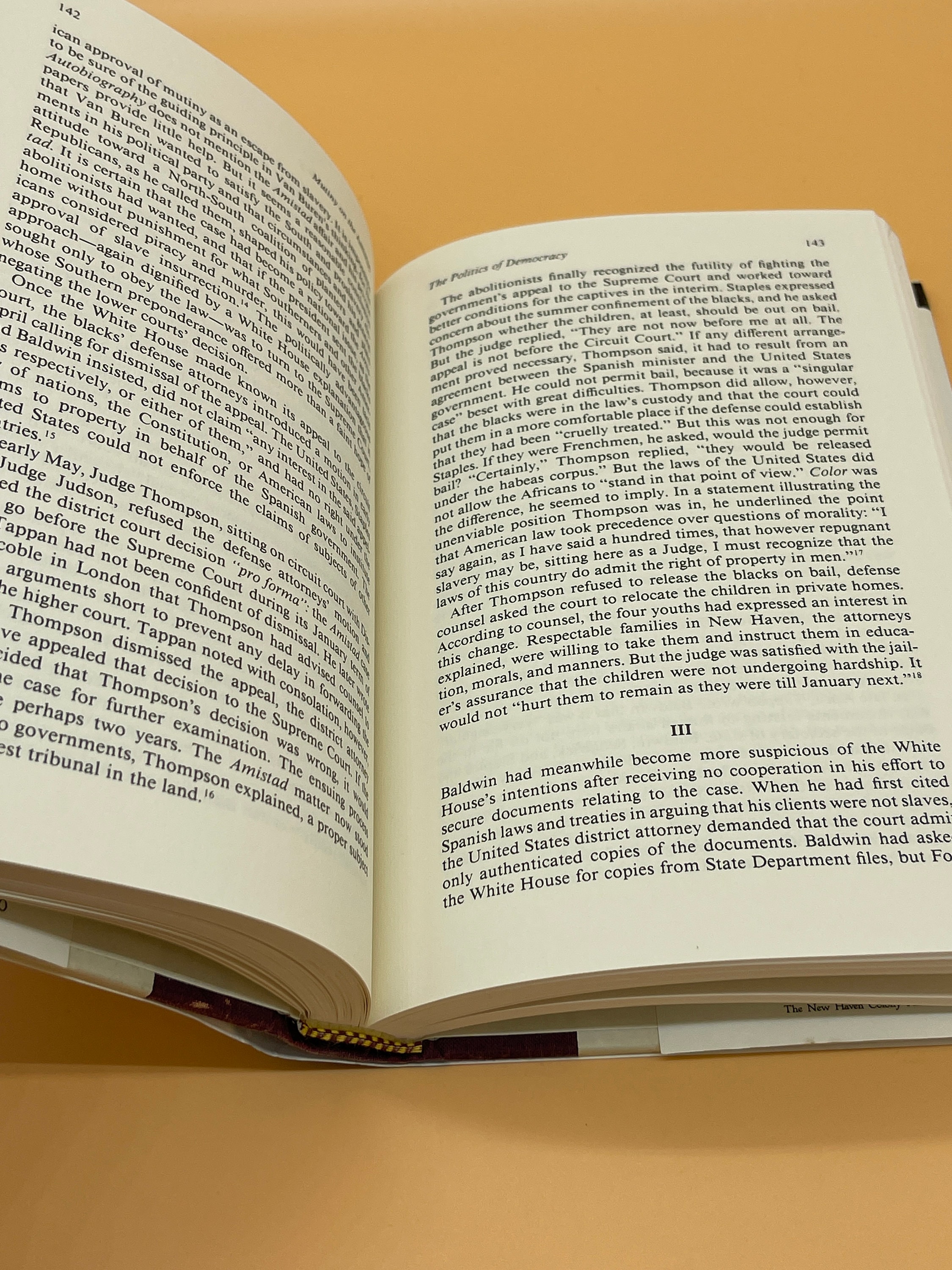 This is a near fine, like new, hardcover with dust jacket. 1987 Oxford University Press Fifth Edition. This copy is crisp and clean inside and out. Pages are crisp, clean and free of markings. Binding tight and straight. Tan hardcover boards with maroon cloth spine are very good, there is a bit of fading of the purple color from hardcover onto the inside of jacket, if you take jacket off you can see some fading of the purple color onto the inside jacket BUT does not carry over from there to front of jacket. Octavo 8vo in near fine condition. Dust jacket is clean and shiny front and back cover.

This book is the first full scale treatment of the only instance on U.S. history in which African blacks, seized by dealers, won their freedom and returned home. The revolt occurred in 1889 when Joesph Cinque led the revolt on the Spanish ship Amistad in the Caribbean. They steered the ship north toward Long Island where is was seized by an American naval vessel. International controversy erupted when the Africans were jailed and the Spaniards claimed violation of property rights. The affair united abolitionists in the U.S. and England and drove the White House to solve this issue at any cost.

In this book, Howard Jones shows how the abolitionists argument was put on trial. It climaxed in the Supreme Court that pitted former president John Quincy Adams against the federal government.