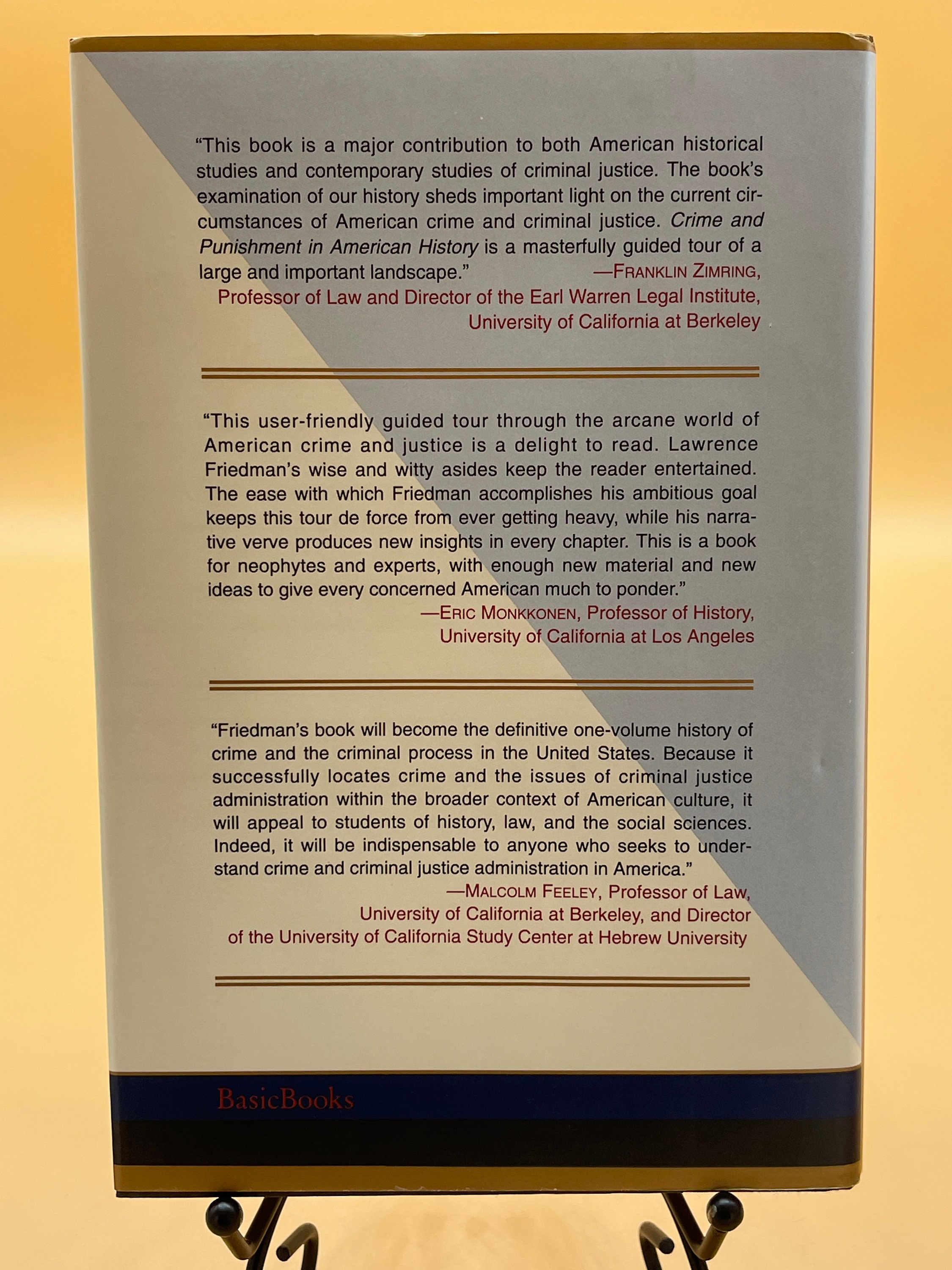 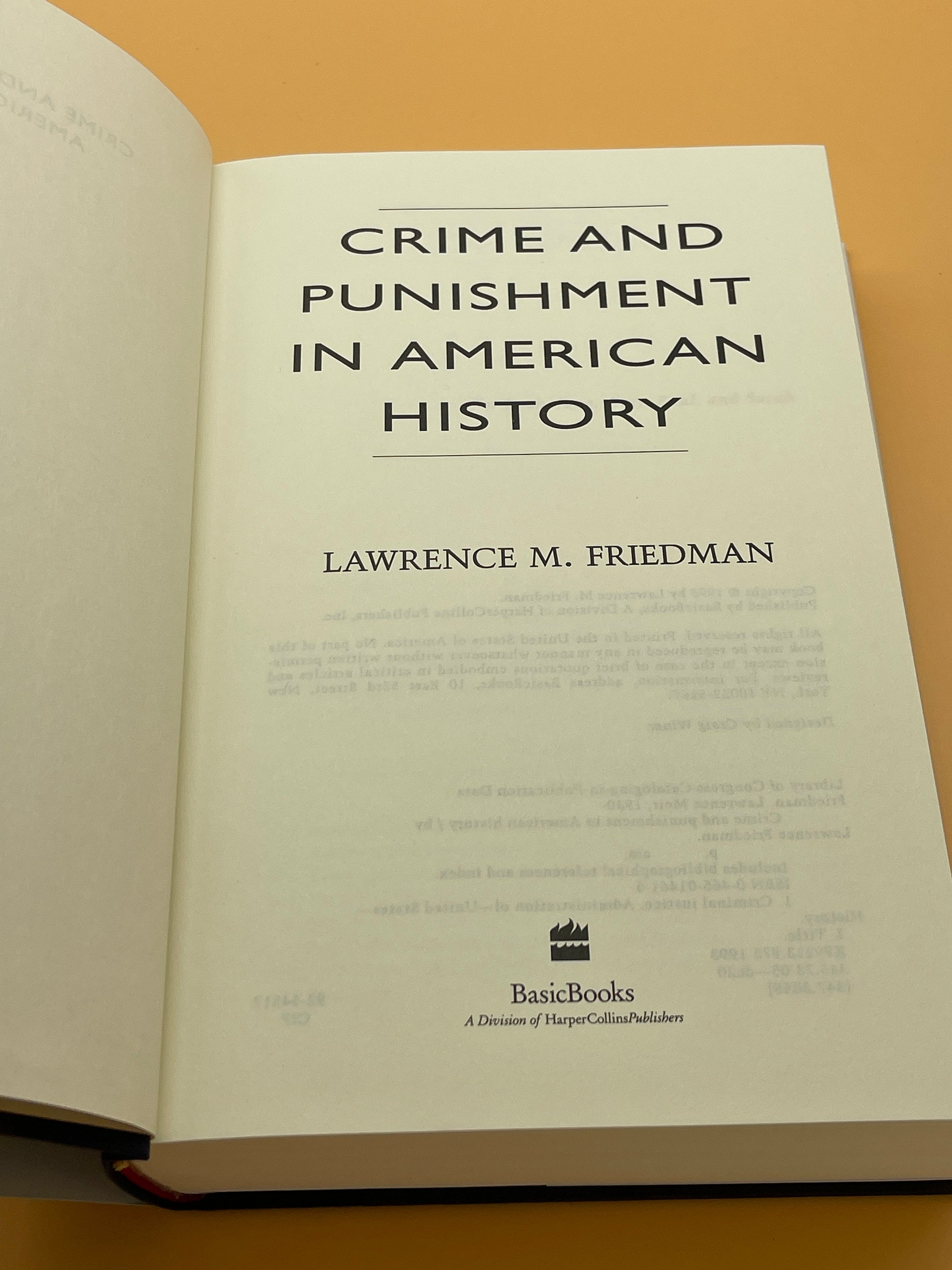 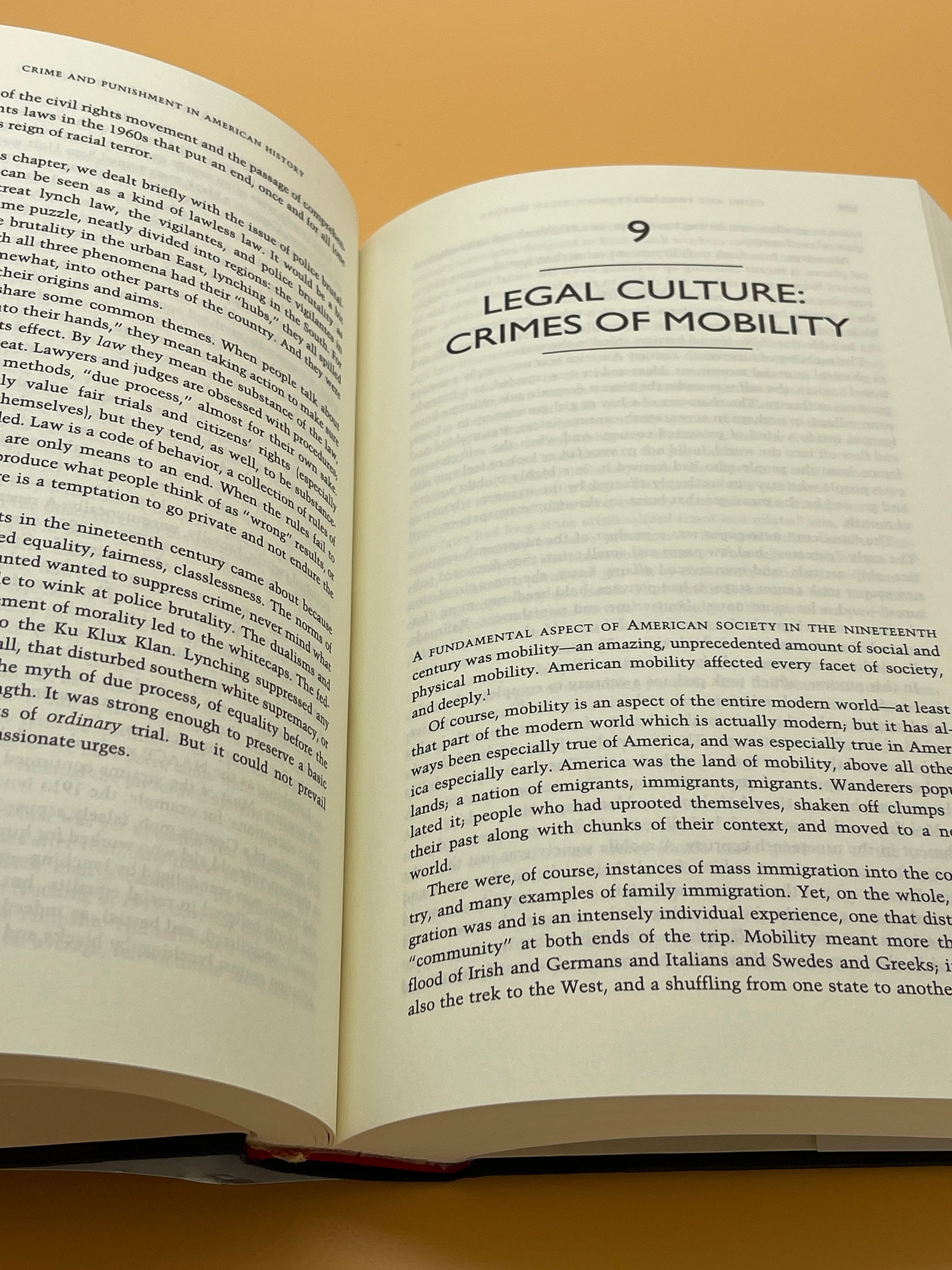 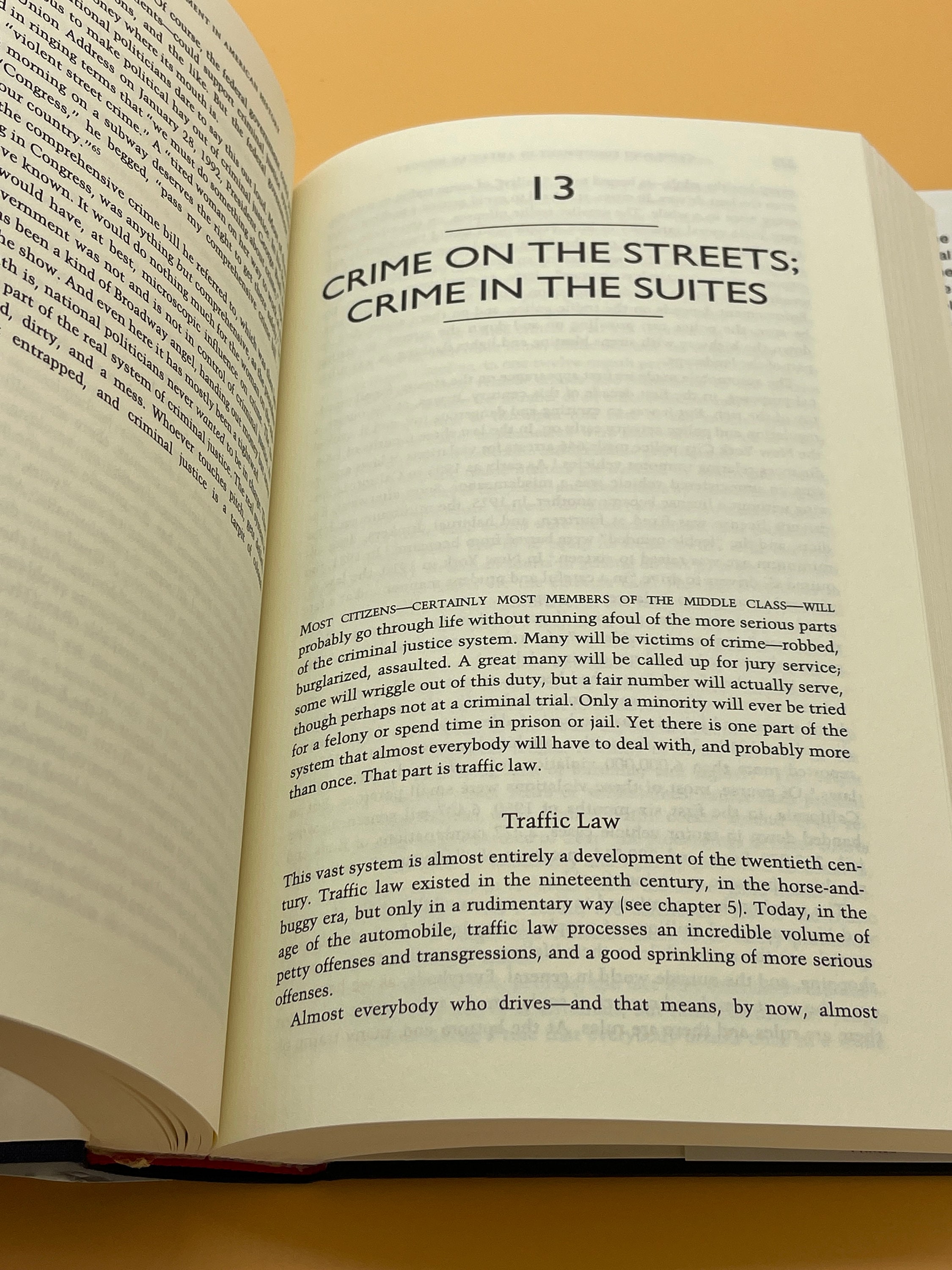 Crime and Punishment in American History by Lawrence M. Friedman

This is a like new hardcover with dust jacket. 1993 Basic Books. This copy is crisp and clean inside and out. The pages are crisp, clean and free of markings. The binding is tight and straight. Black hardcover boards under jacket are like new. The dust jacket is like new with only a hint of shelf wear to back from display.

In a panoramic history of our criminal justice system from colonial times to today, one of the foremost legal thinkers of the time shows how America fashioned a system of crime and punishment in its own image.
The author argues that the evolution of criminal justice has reflected transformations in America's character. Thus, the theocratic world of 17th century Puritanism generated a peculiar equation between crime and sin. The geographic and social mobility of 19th century America produced its own distinctive approach to crime and punishment. And the expressive individualism of the 20th century encouraged an emphasis on "crimes of the self". The book covers vast and fascinating terrain; the Salem witchcraft trials; the Red Scare after World War l; the rise of the American penitentiary; the emergence of the professional detective; the development of laws against fornication and gambling; the rise of insanity defense; and much more.
It is about vigilantes, outlaws, embezzlers, swindlers, and the growth of white collar crime, along with the relationship between gender and criminal justice.