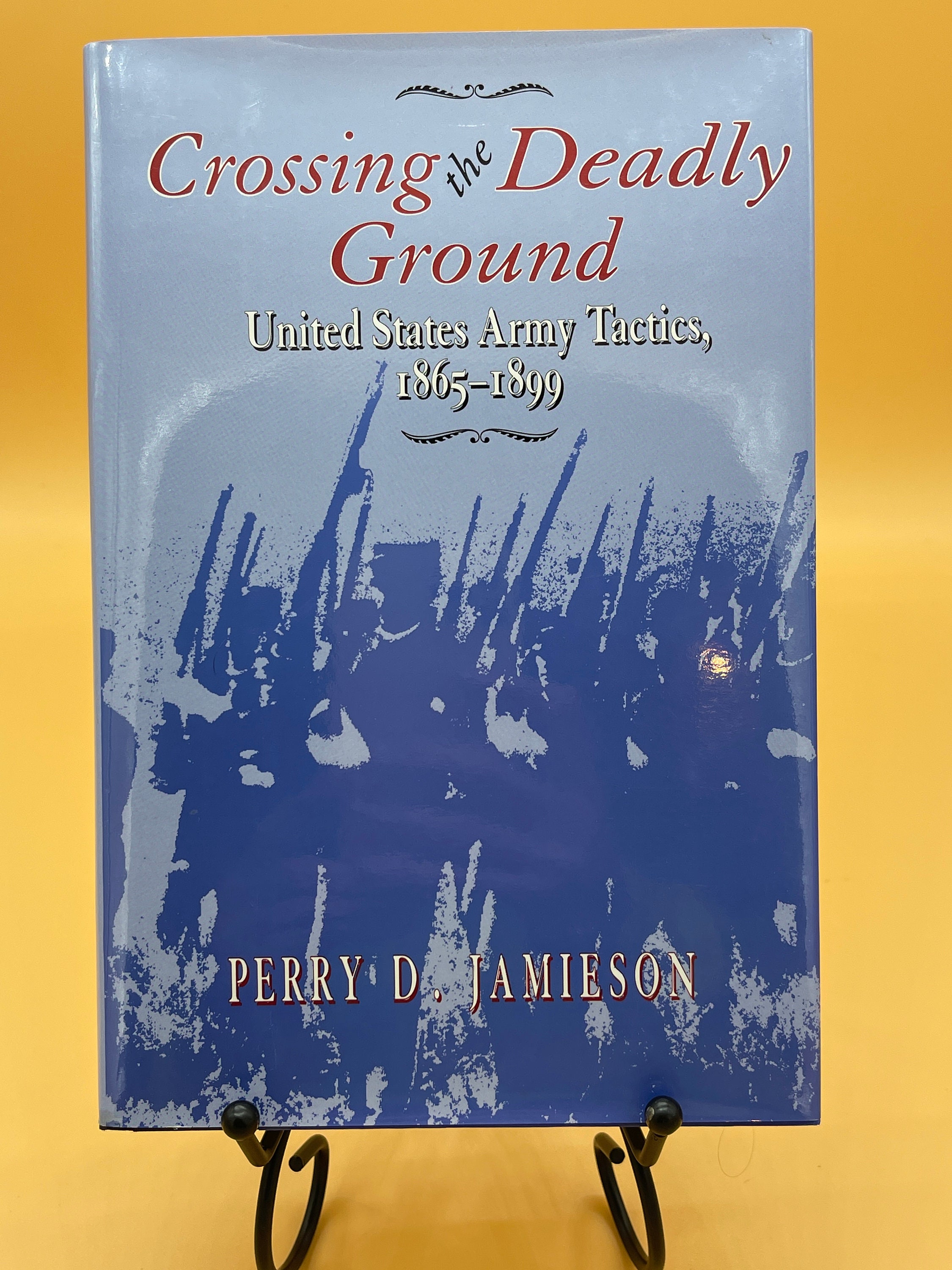 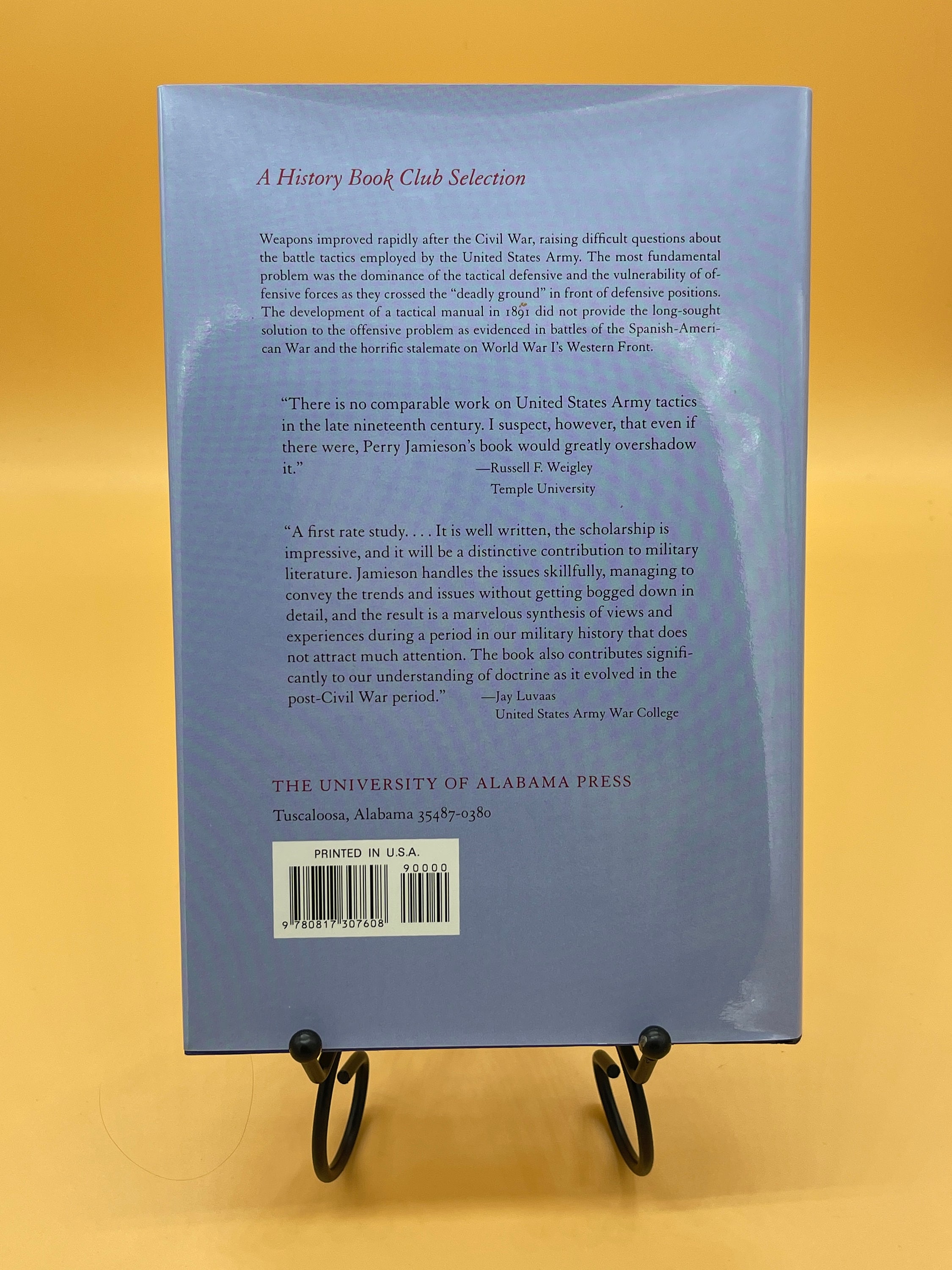 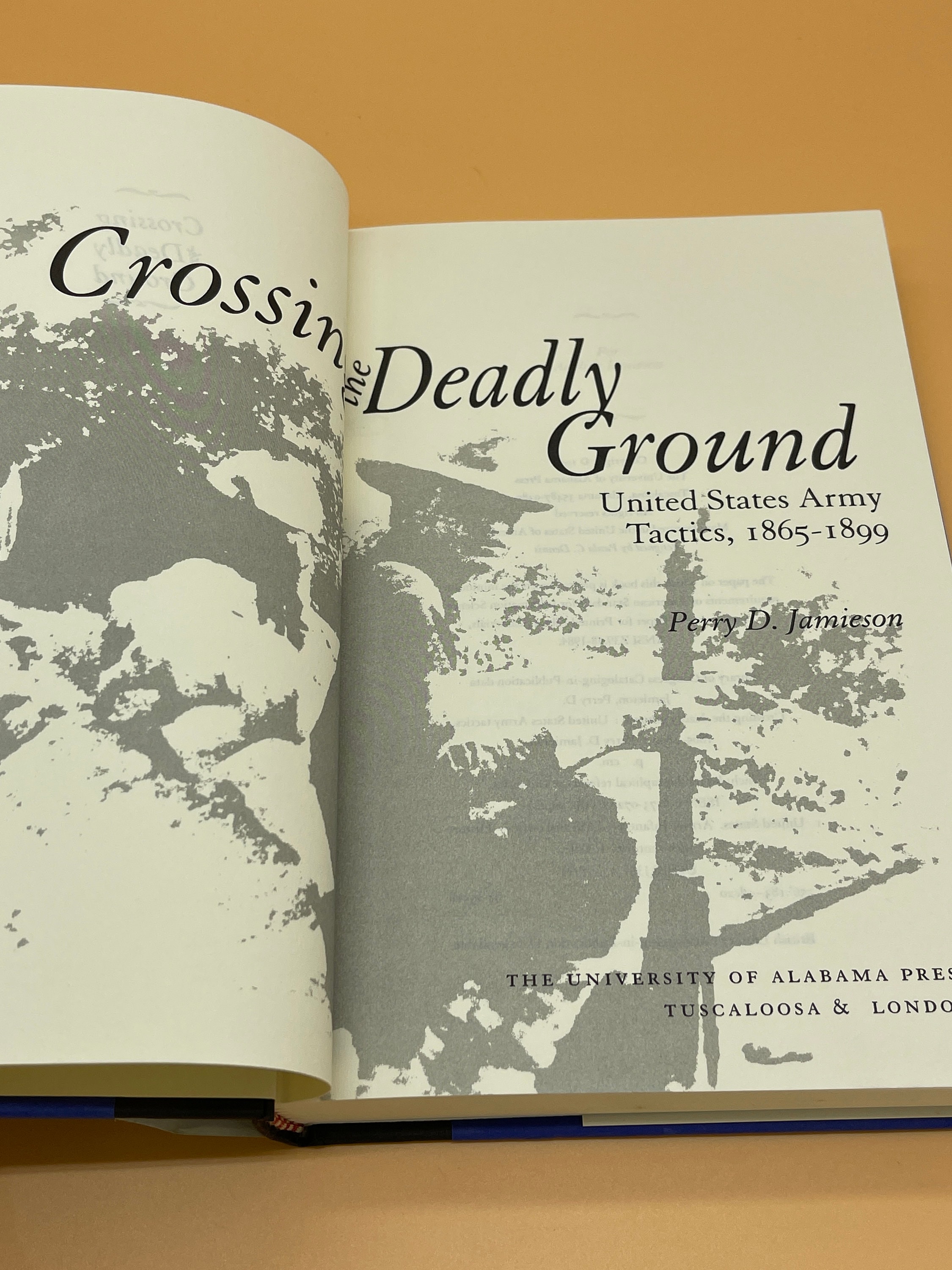 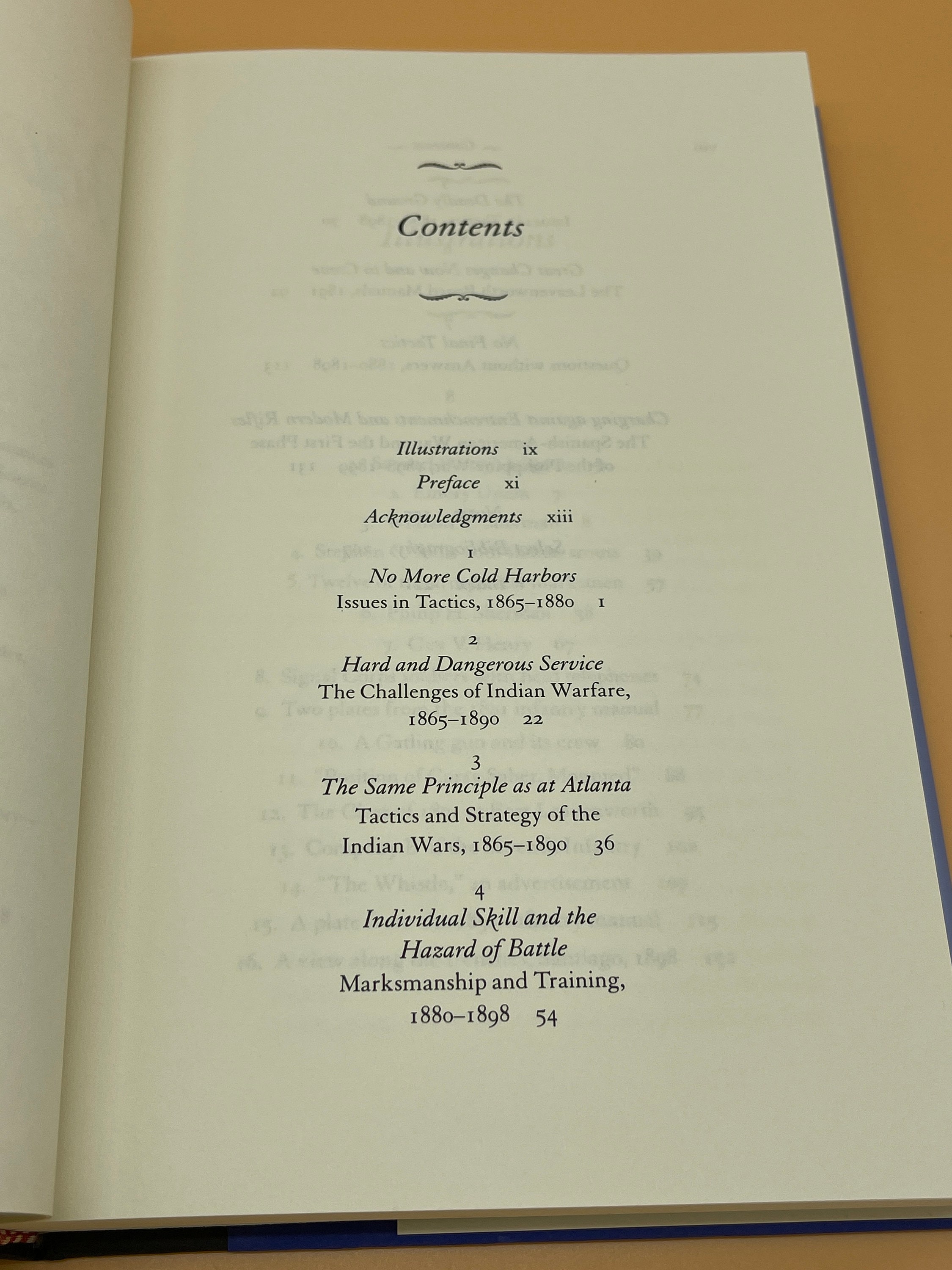 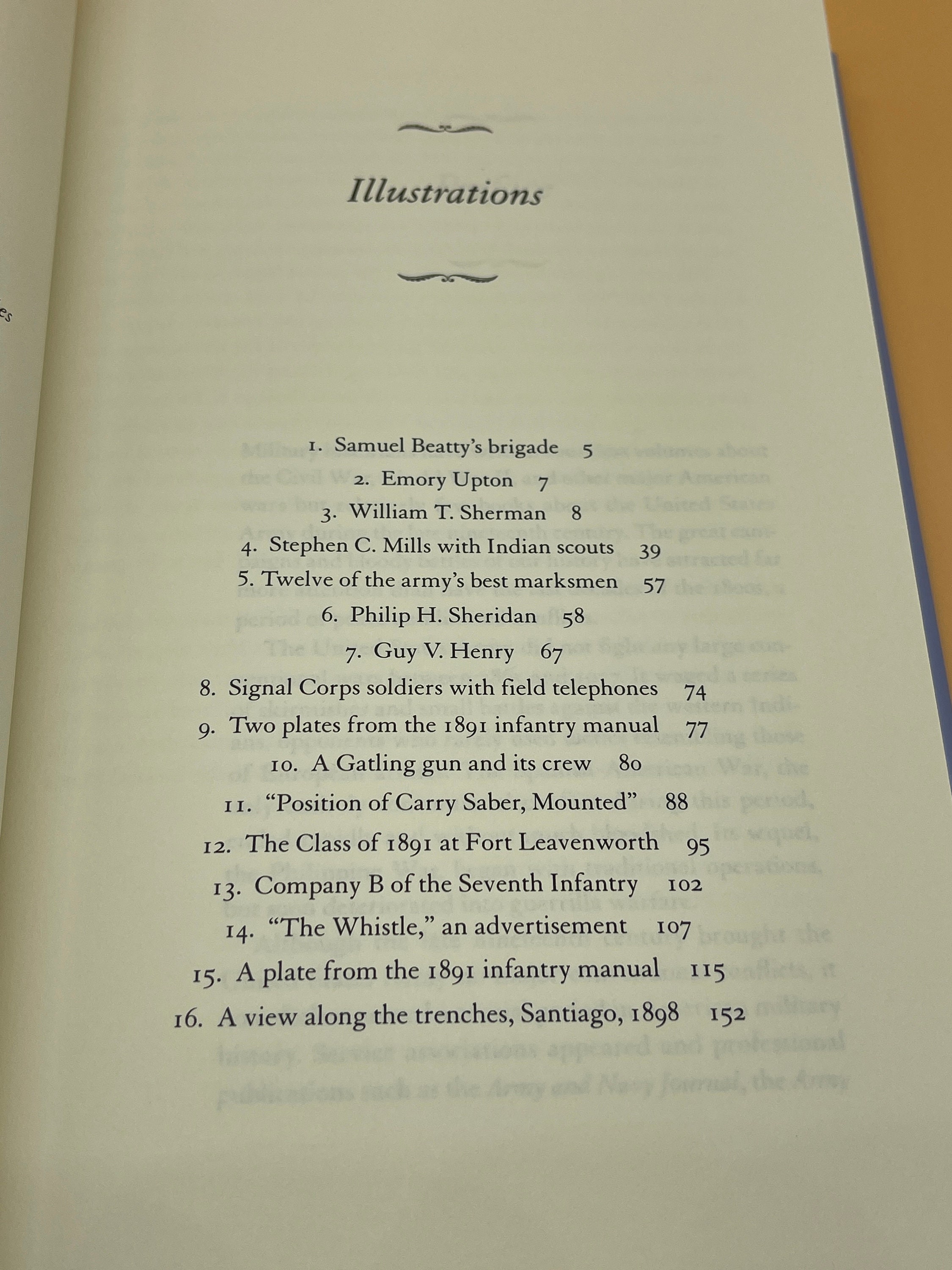 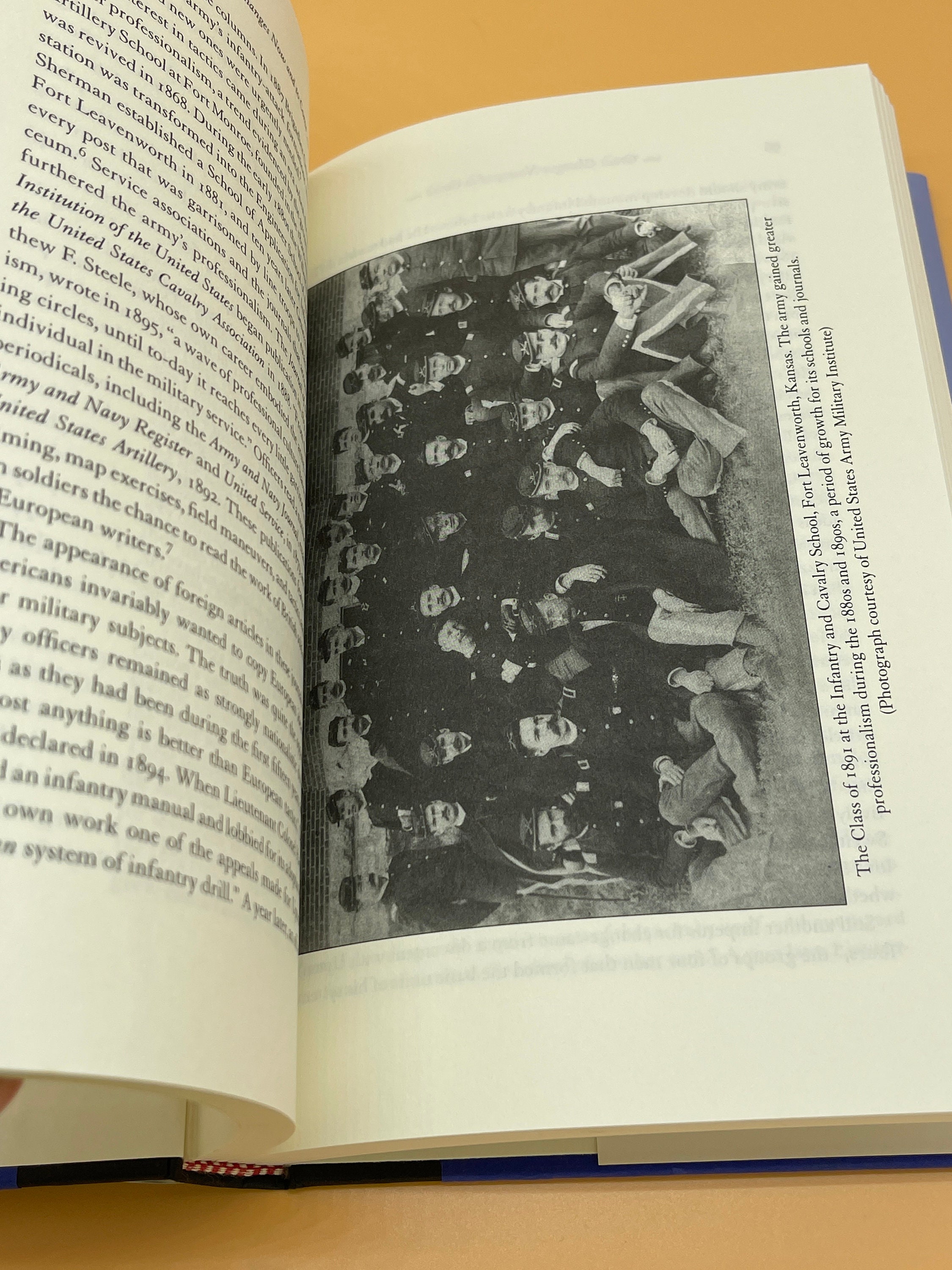 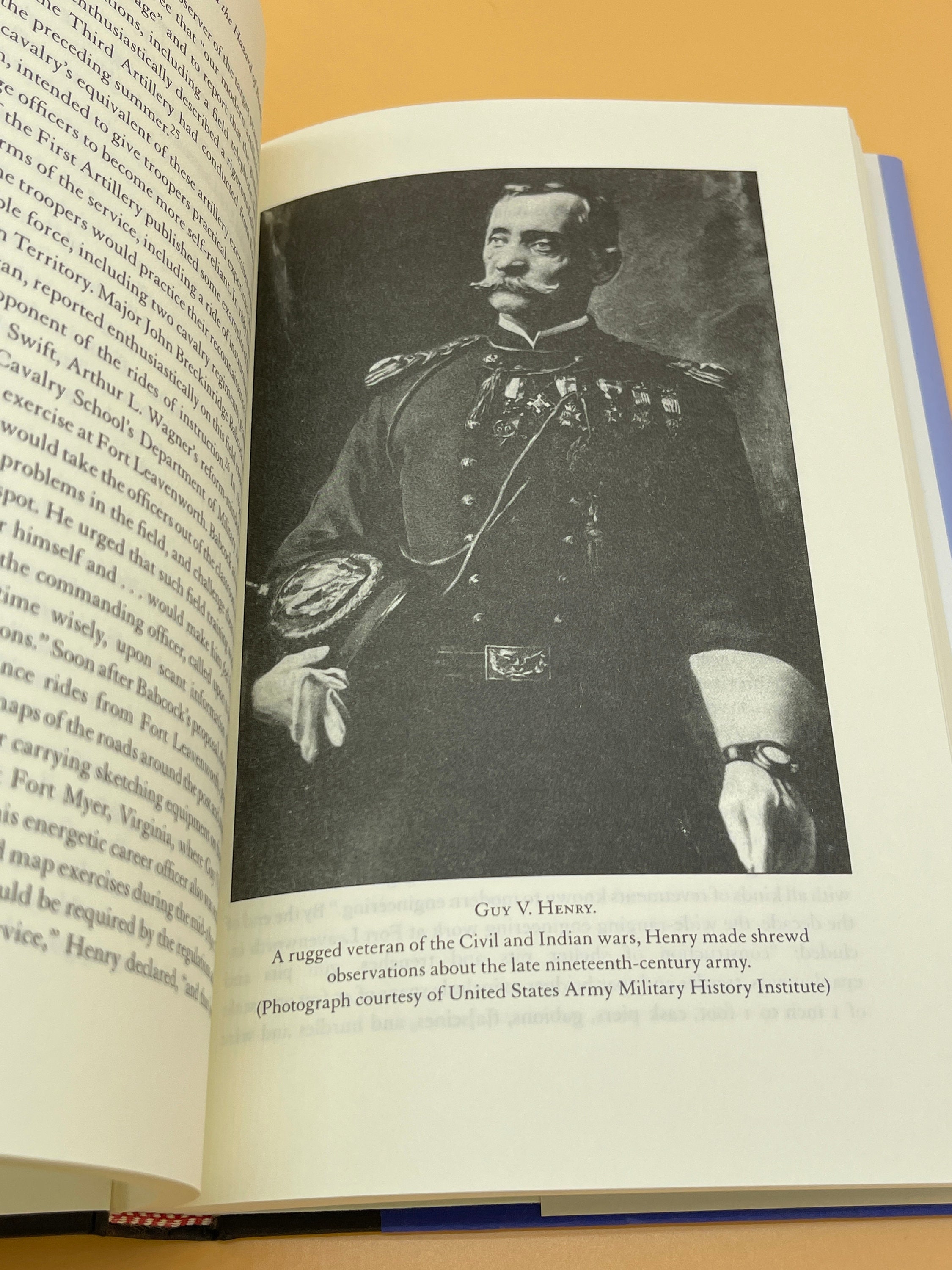 This is a like new hardcover with dust jacket. 1994 University of Alabama Press. This copy is crisp and clean inside and out. The pages are crisp, clean and free of markings. The binding is tight and straight. Blue hardcover boards under jacket are like new. The dust jacket is clean and shiny with only a hint of shelf wear.

Weapons improved rapidly after the Civil War and raised difficult questions about the tactics of the United States Army. Advances in arms technology created dilemmas for every branch of the service - infantry, artillery, cavalry. The most fundamental of these problems, the dominance of the tactical defensive, had been to emerge during the Civil War, when defenders protected by field works had delivered deadly fire from rifles and artillery against attackers advancing in close-ordered lines. As weapons continued to improve, many officers concluded that in the future it would become increasingly dangerous for assault troops to cross what they called "the deadly ground" in front of defensive positions. A board of officers studied this in the late 1880's, first in Washington D.C. and later at Fort Leavenworth, Kansas and their work represented the United States Army's first true tactical manual. While earlier drill books had described troop formation and movements, the Leavenworth volume offered commanders advice on how to fight on both offense and defense. The 1891 manual introduced the squad tactics used by the 20th century army.
But, it did not solve the army's problems, Many soldiers held on to traditional ideas. Plus the army was small and many officers did not have time to study tactics.
The book covers how many problems were overcome, how they affected future battles and even in World War l the problem of "crossing deadly ground" remained.