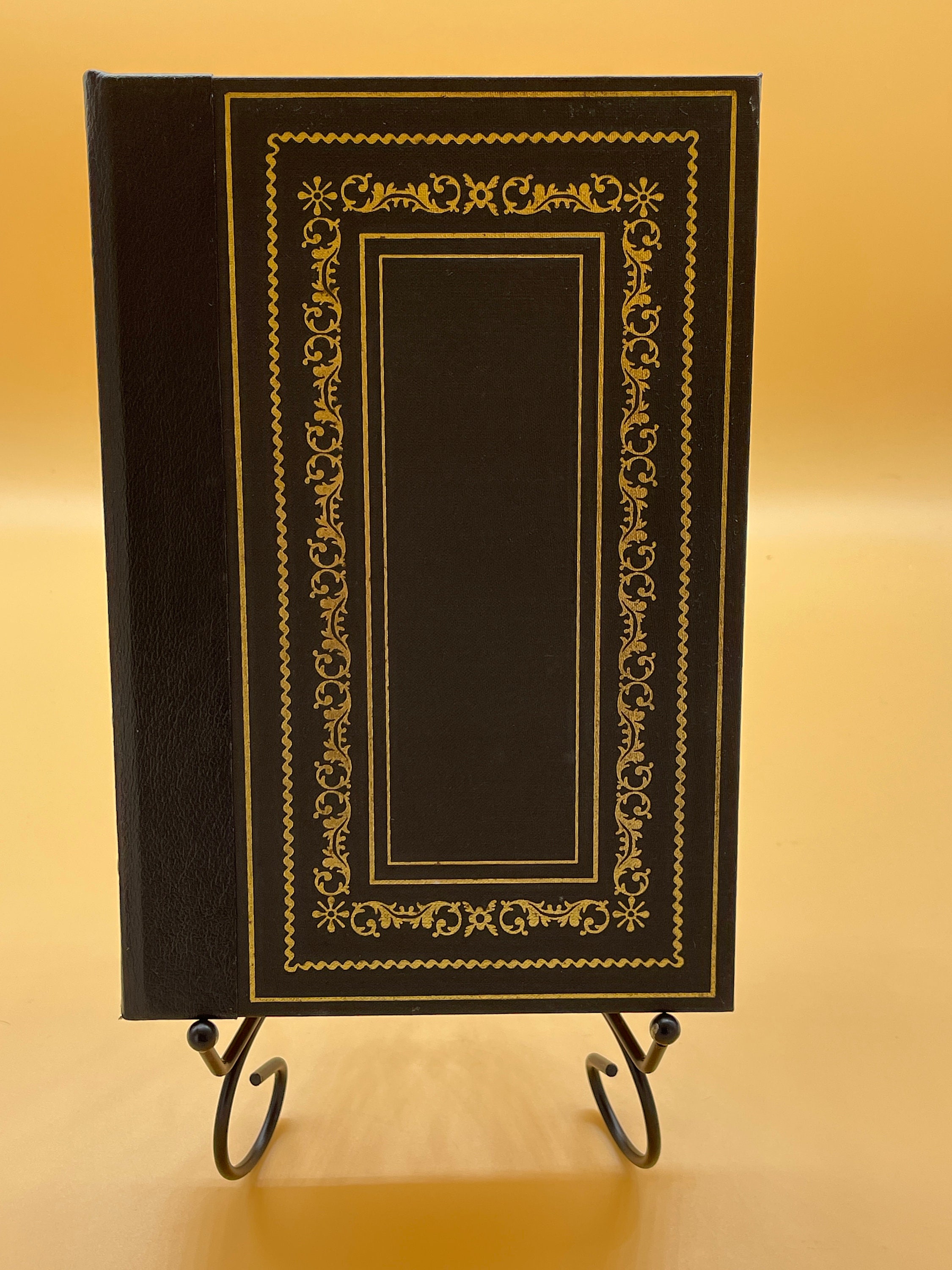 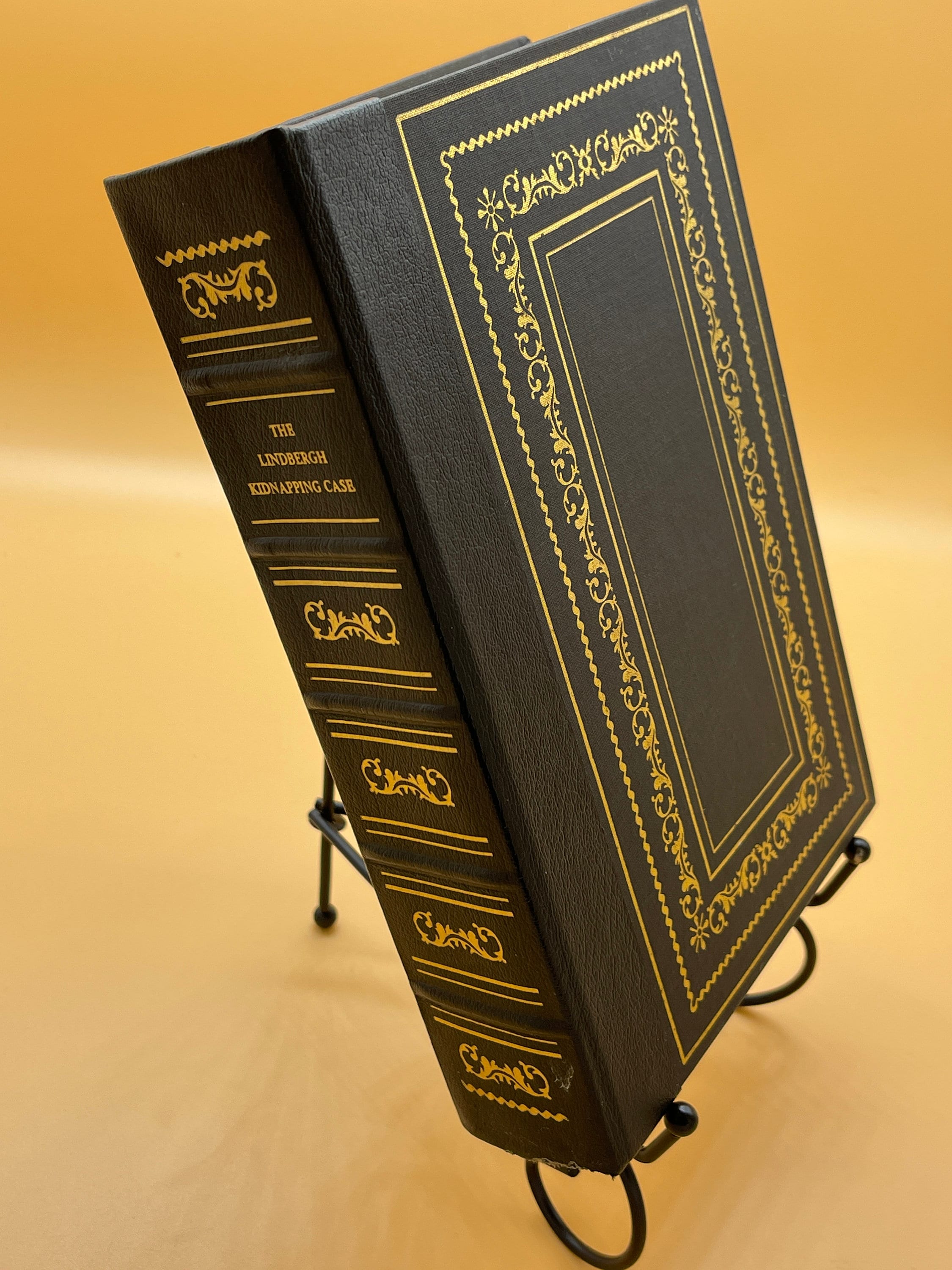 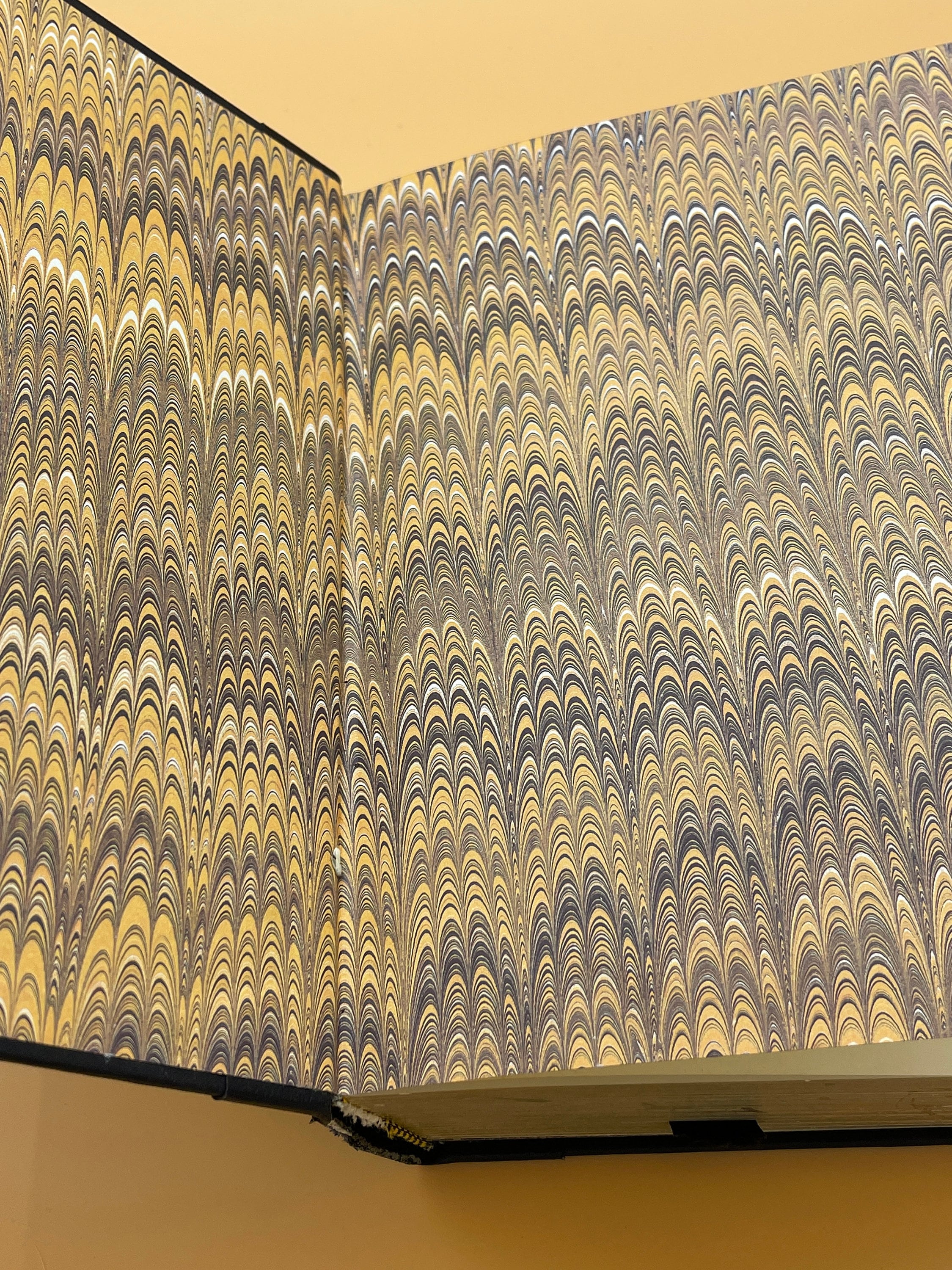 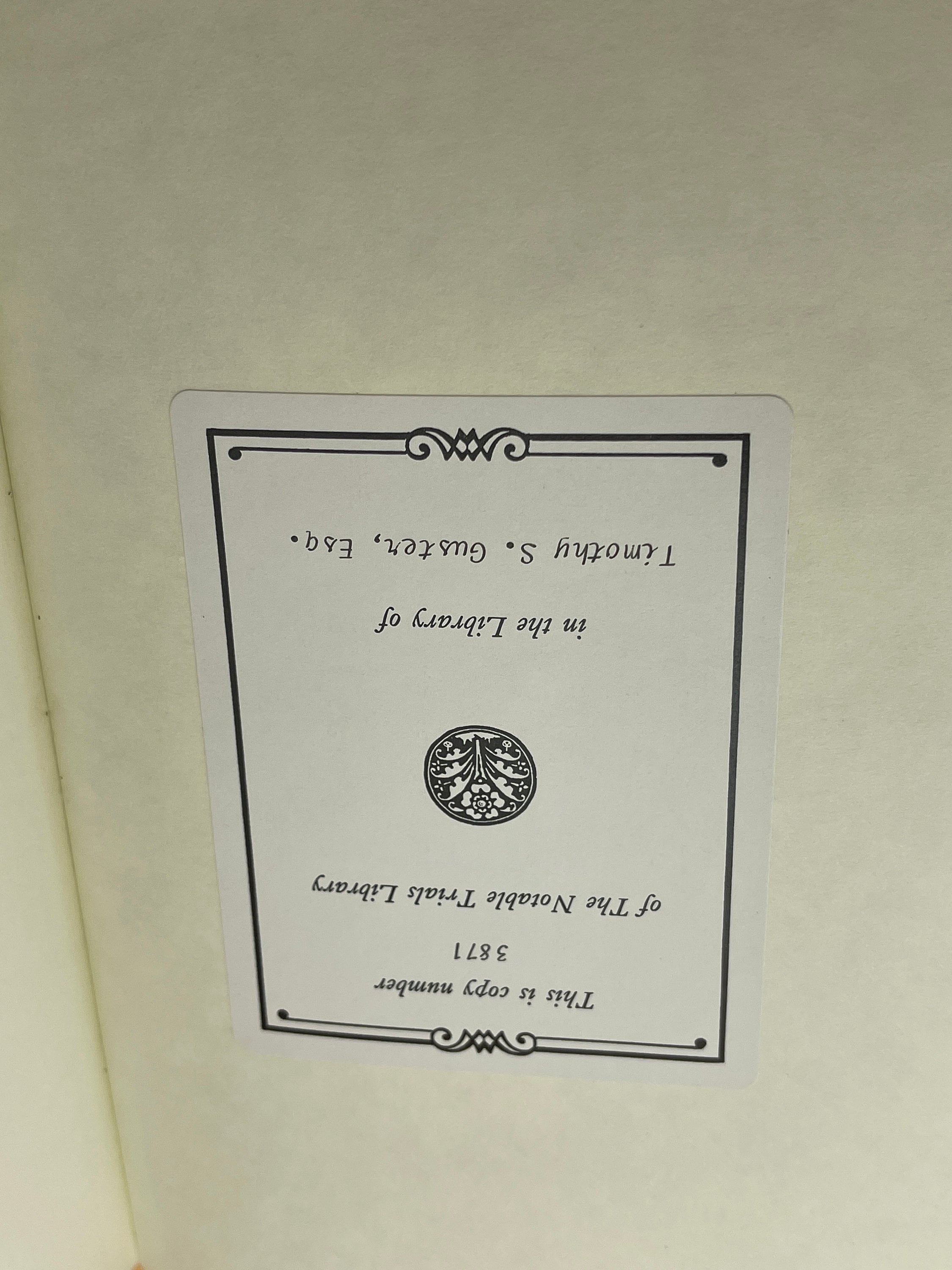 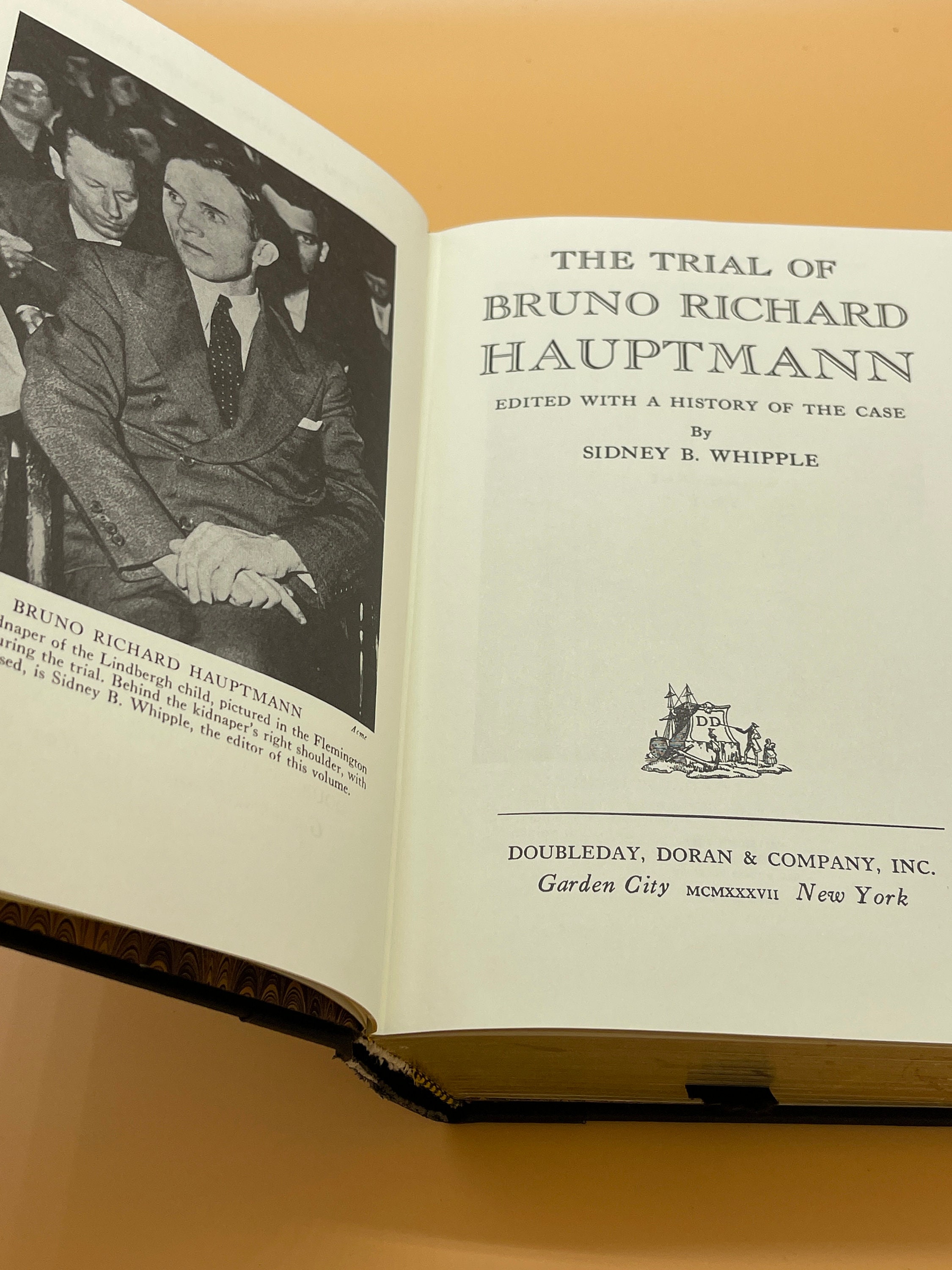 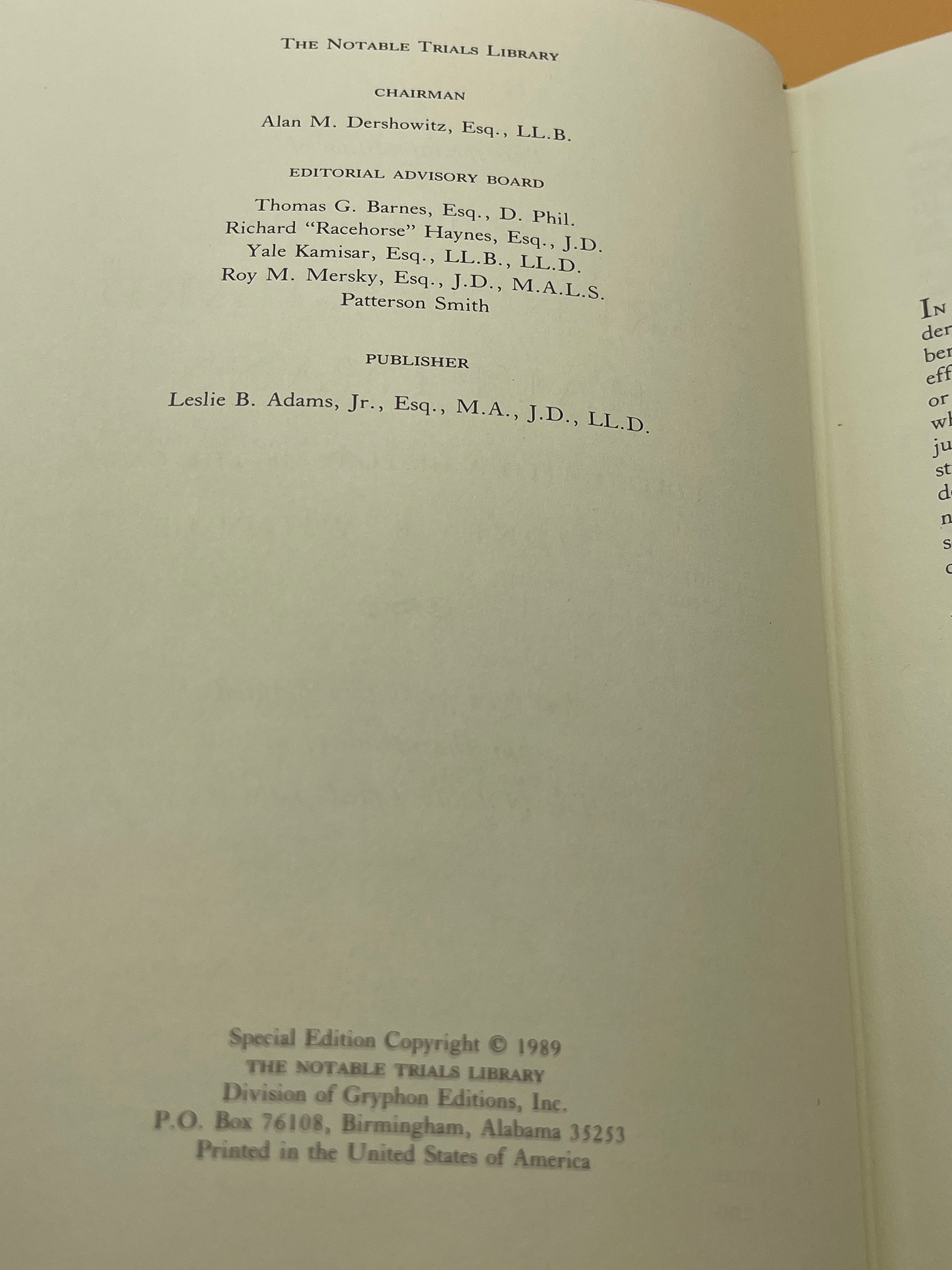 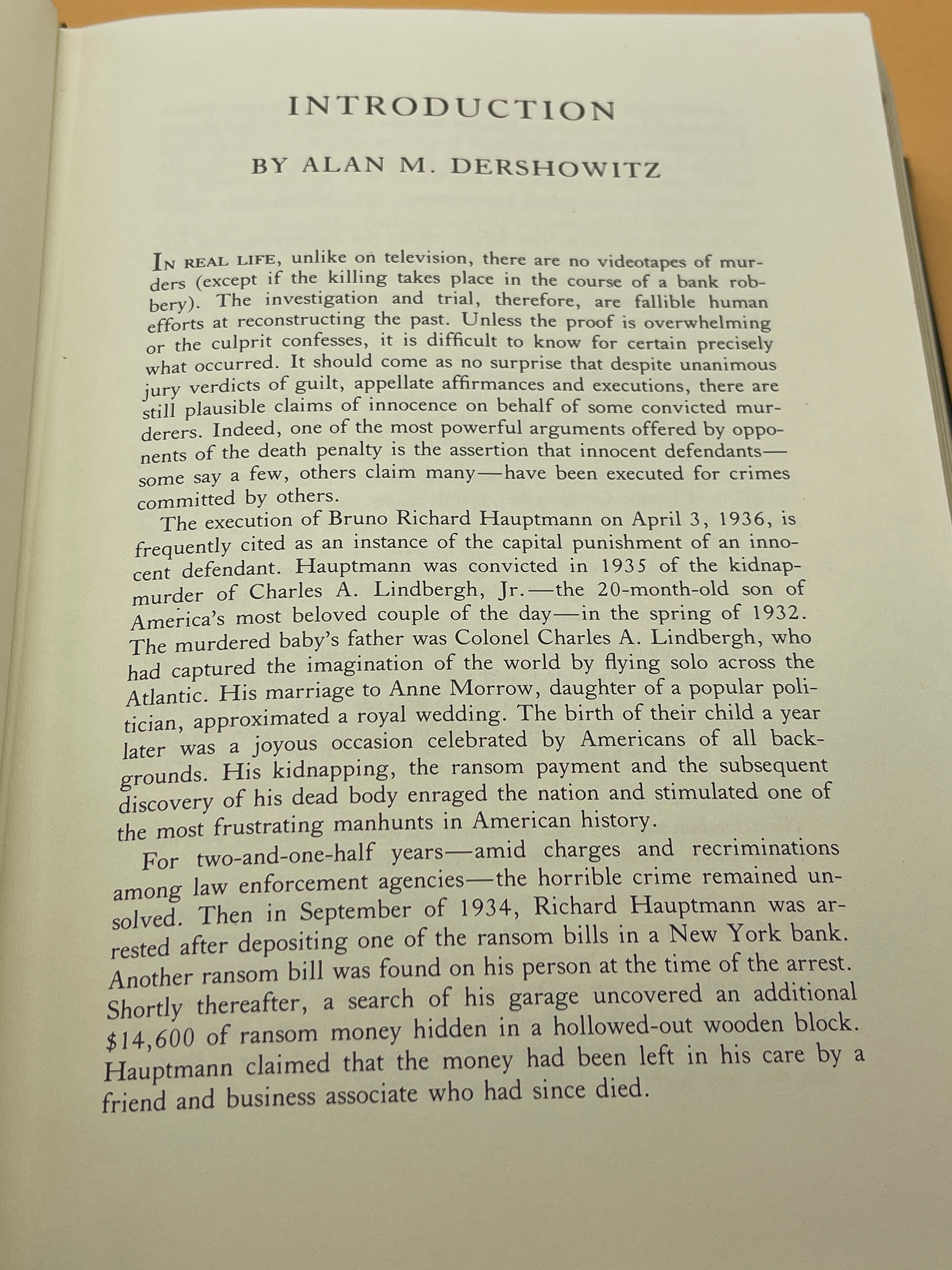 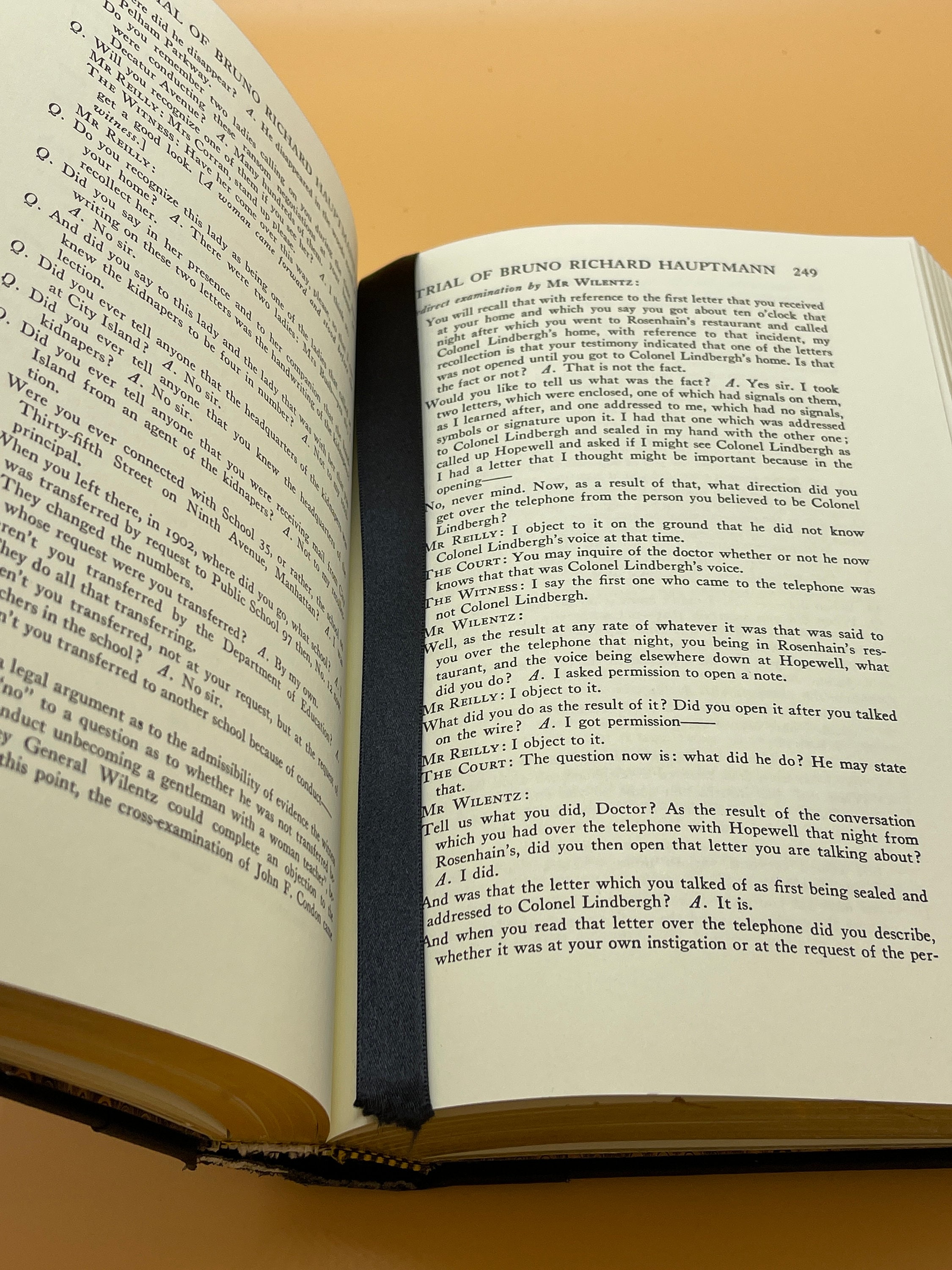 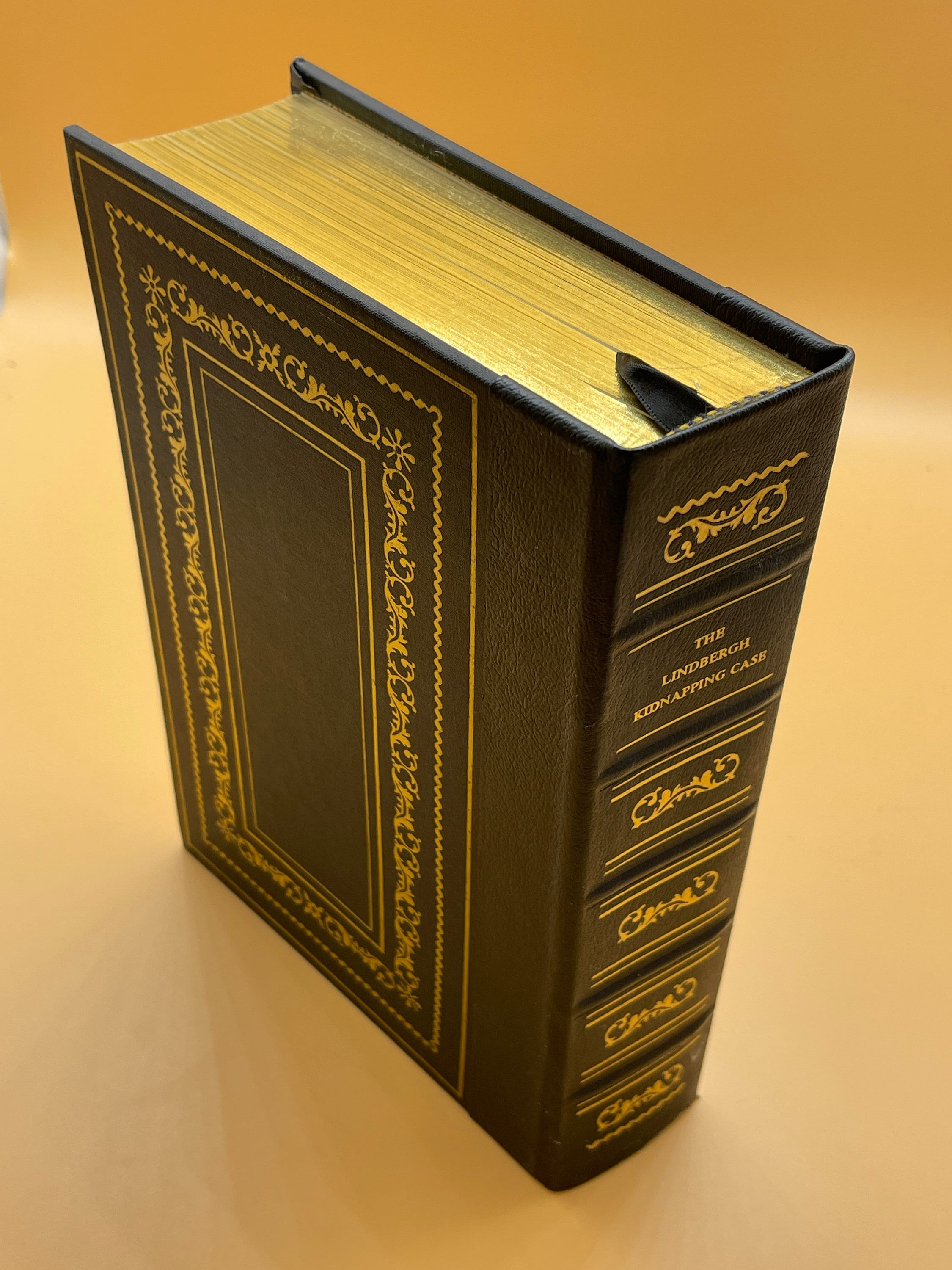 This is a like new collectible special edition hardcover. Notable Trials Library, 1989 First Thus. Leather trim with gold lettering and gold gilt page edges. Attached silk ribbon bookmark. This copy is crisp and clean, like new inside and out. The pages are crisp and clean, free of markings. There is a Notable Trials Library bookplate place inside front cover first blank page identifying the book as copy # 3871 with original owners name neatly scripted. Rest of pages are crisp, clean, free of markings like new. Marbled endpapers add to the handsome edition along with the gold gilt page edges and leather spine cover.

Originally published in 1937 as "The Trial of Bruno Richard Hauptmann" this replica reprint in special edition is 565 pages with vintage black and white photos and illustrations from the trial throughout.

On March 1 1932, Charles Augustus Lindbergh Jr., 20 month old son of aviators Charles Lindbergh and Anne Morrow Lindbergh, was abducted from the crib in the upper floor of the Lindbergh home.
On May 12th, the child's body was discovered by a truck driver on the side of a nearby road.
In Sept. 1934, Hauptmann was arrested for the crime. After a short trial he was found guilty and sentenced to death. Despite his conviction, he continued to profess his innocence but all appeals failed and he was executed.

This book details the crime and the trial in what became knows as one of the trials of the century. It also led Congress to pass the Federal Kidnapping Act, commonly called the "Little Lindbergh Law" which made transporting a kidnapping victim across state lines a federal crime.