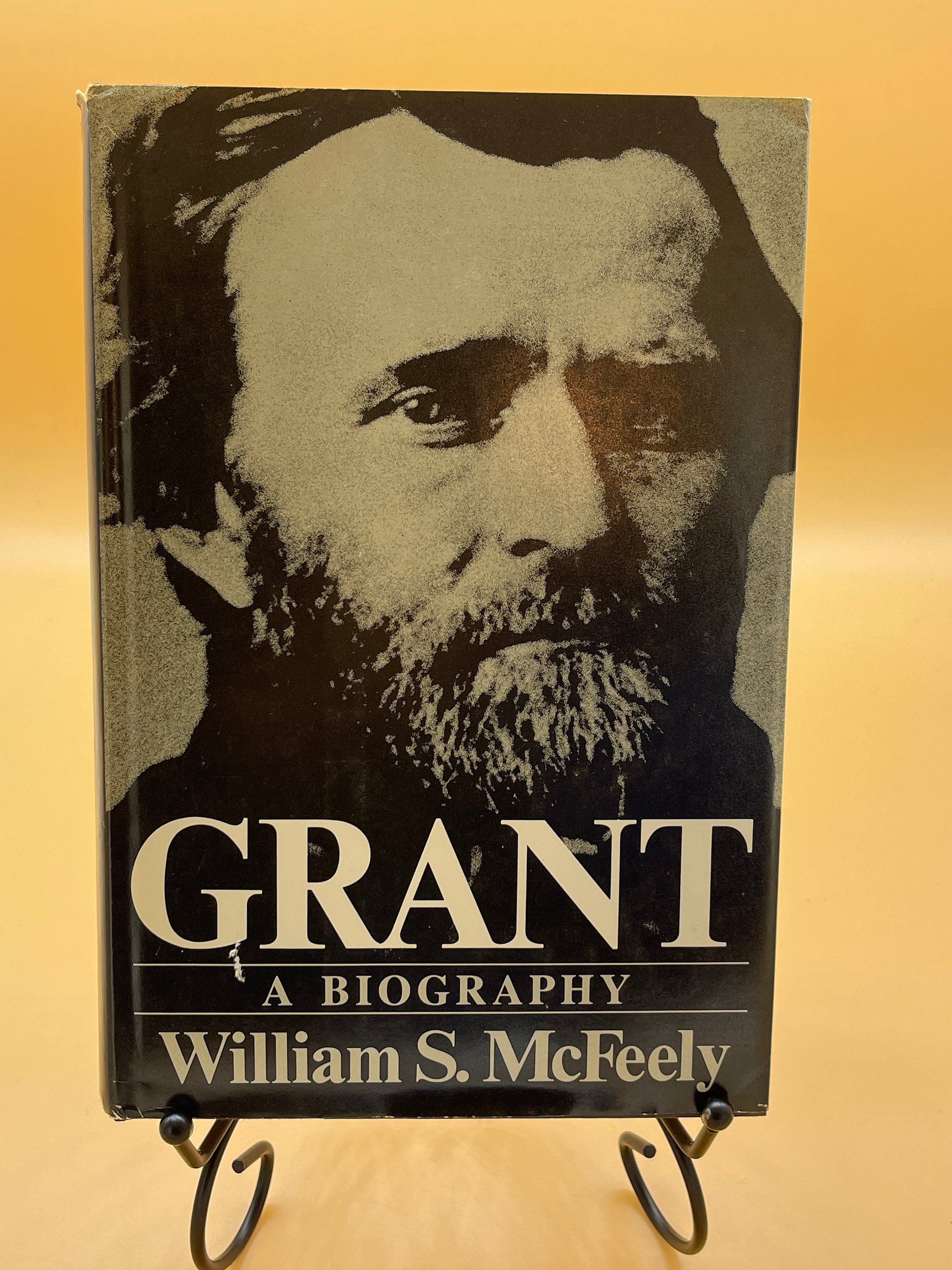 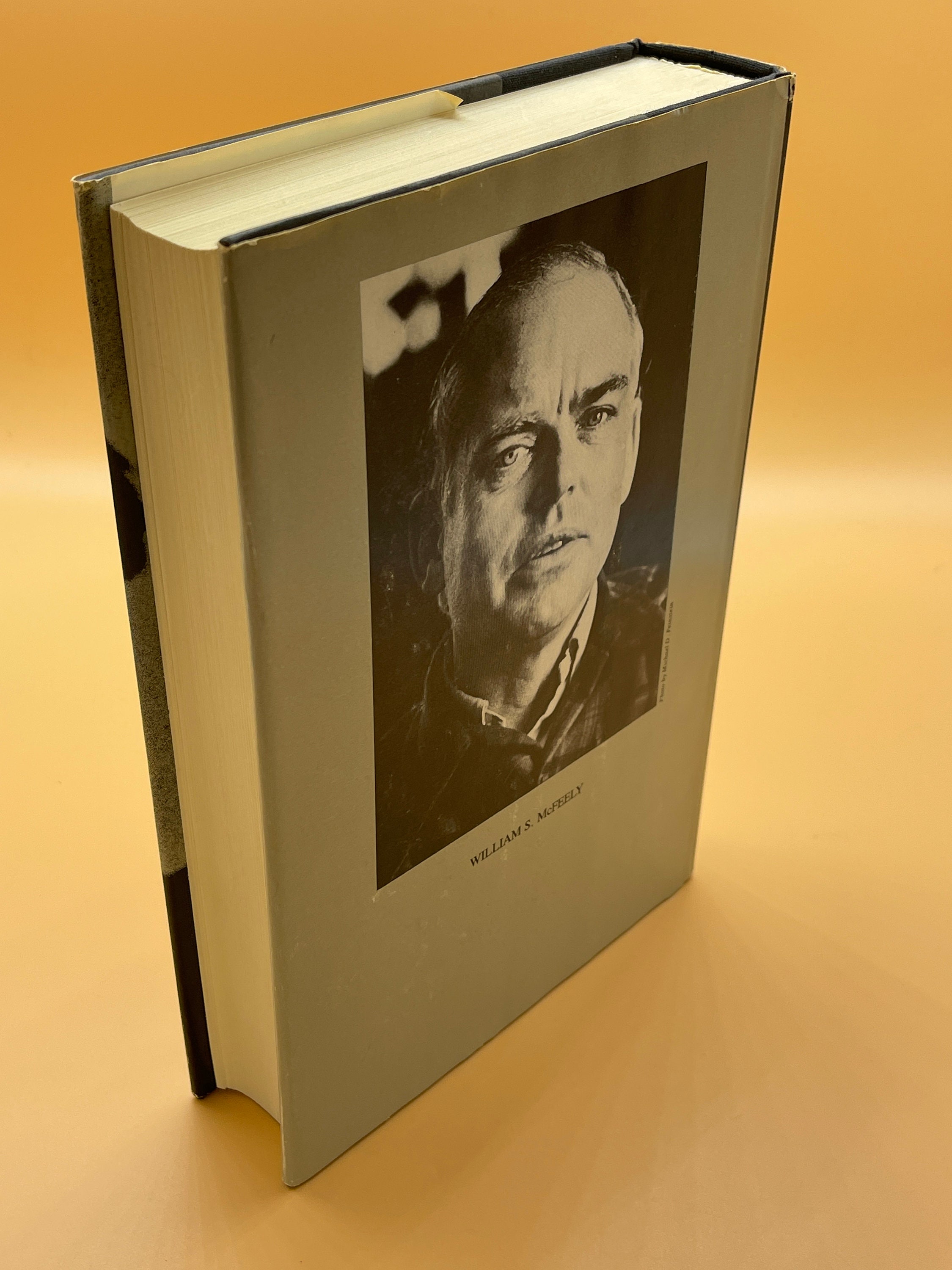 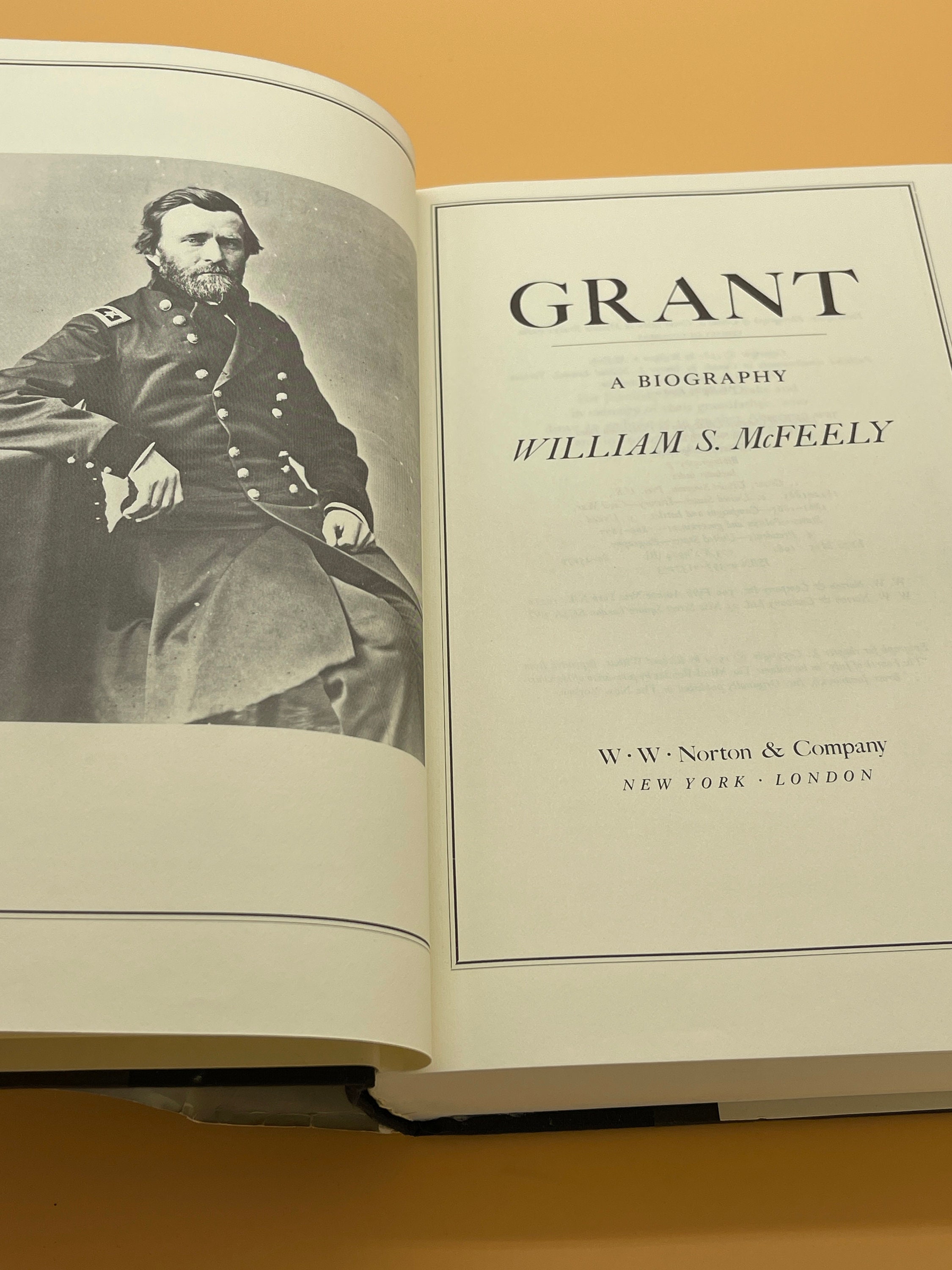 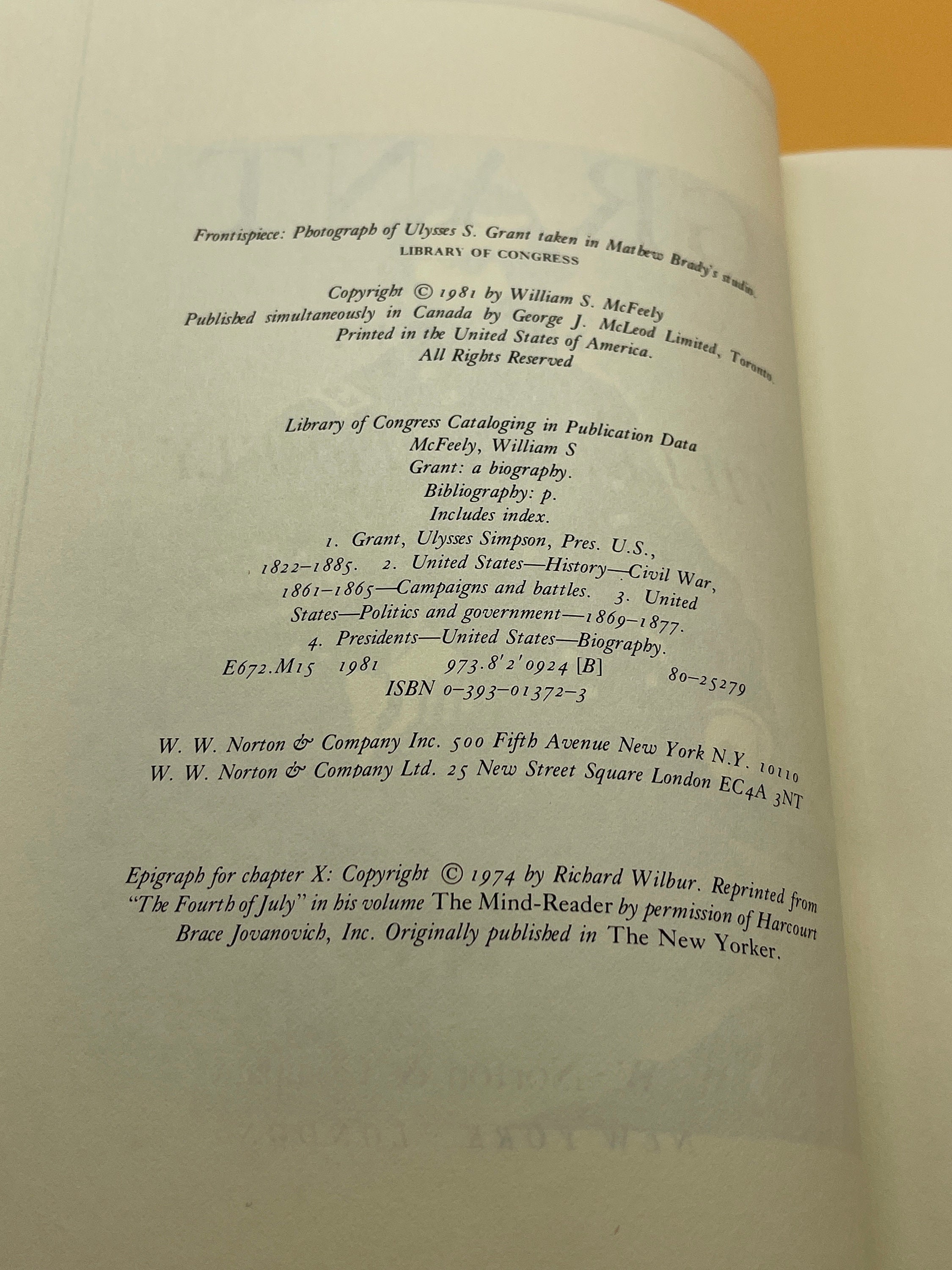 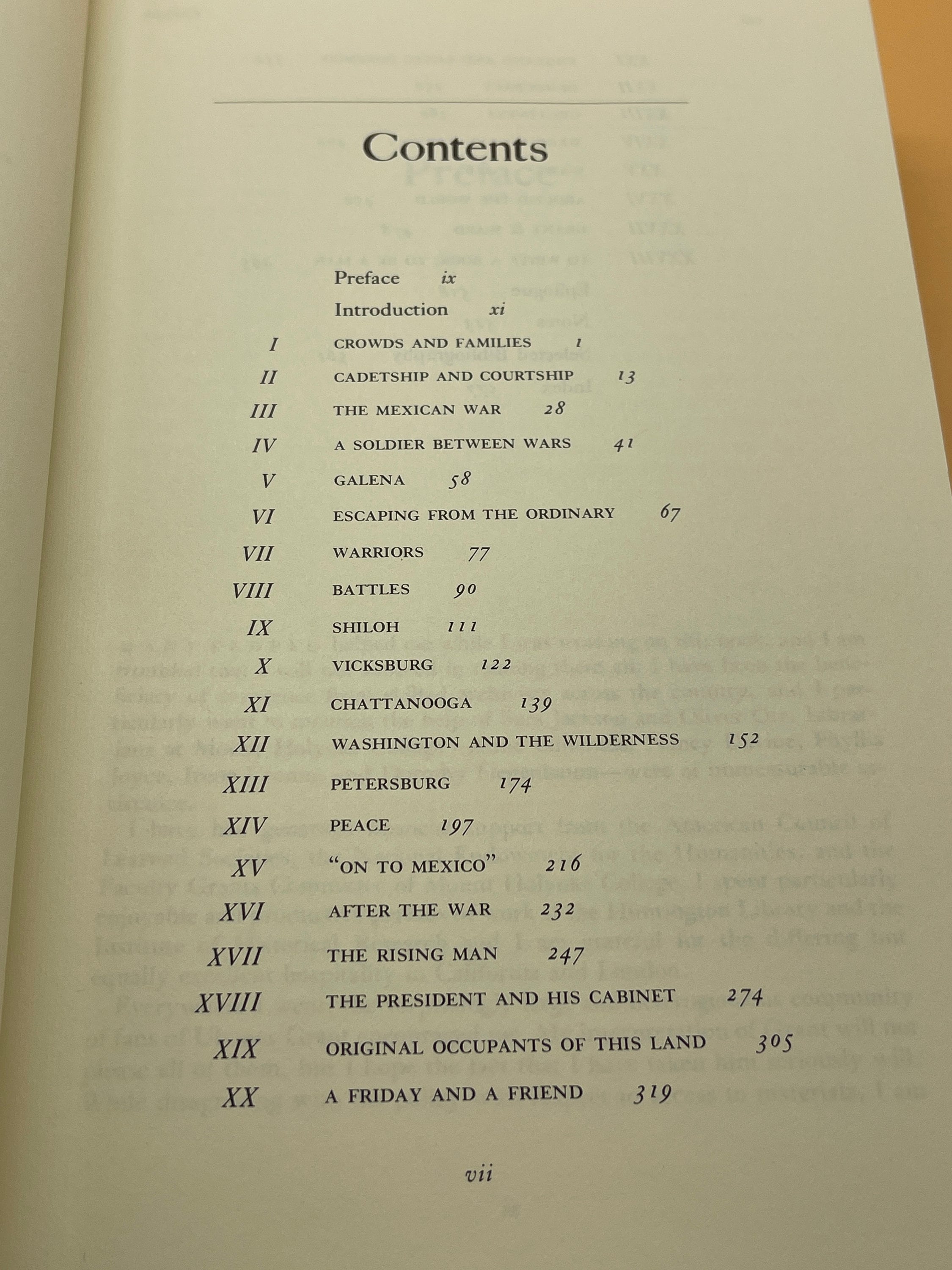 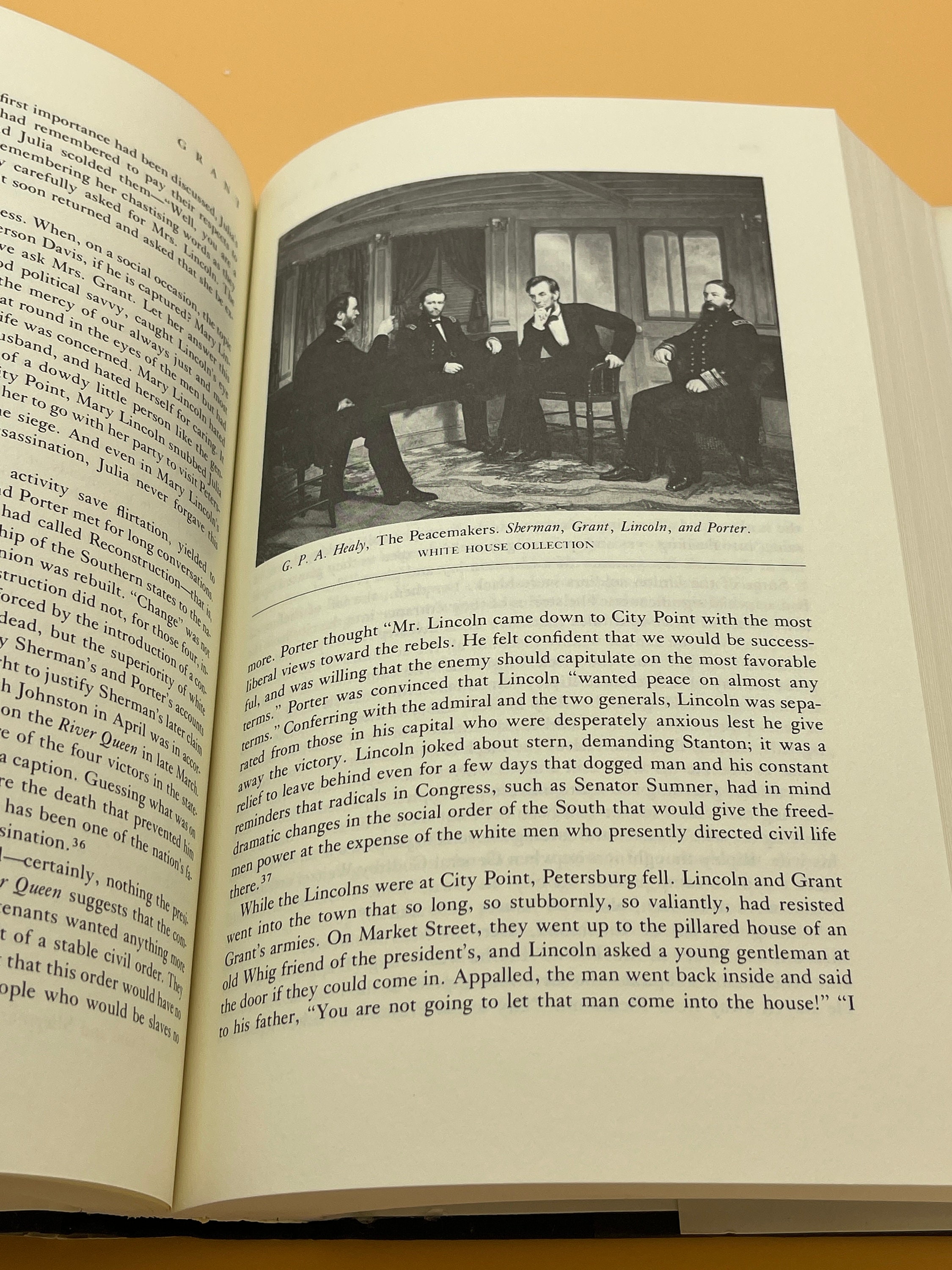 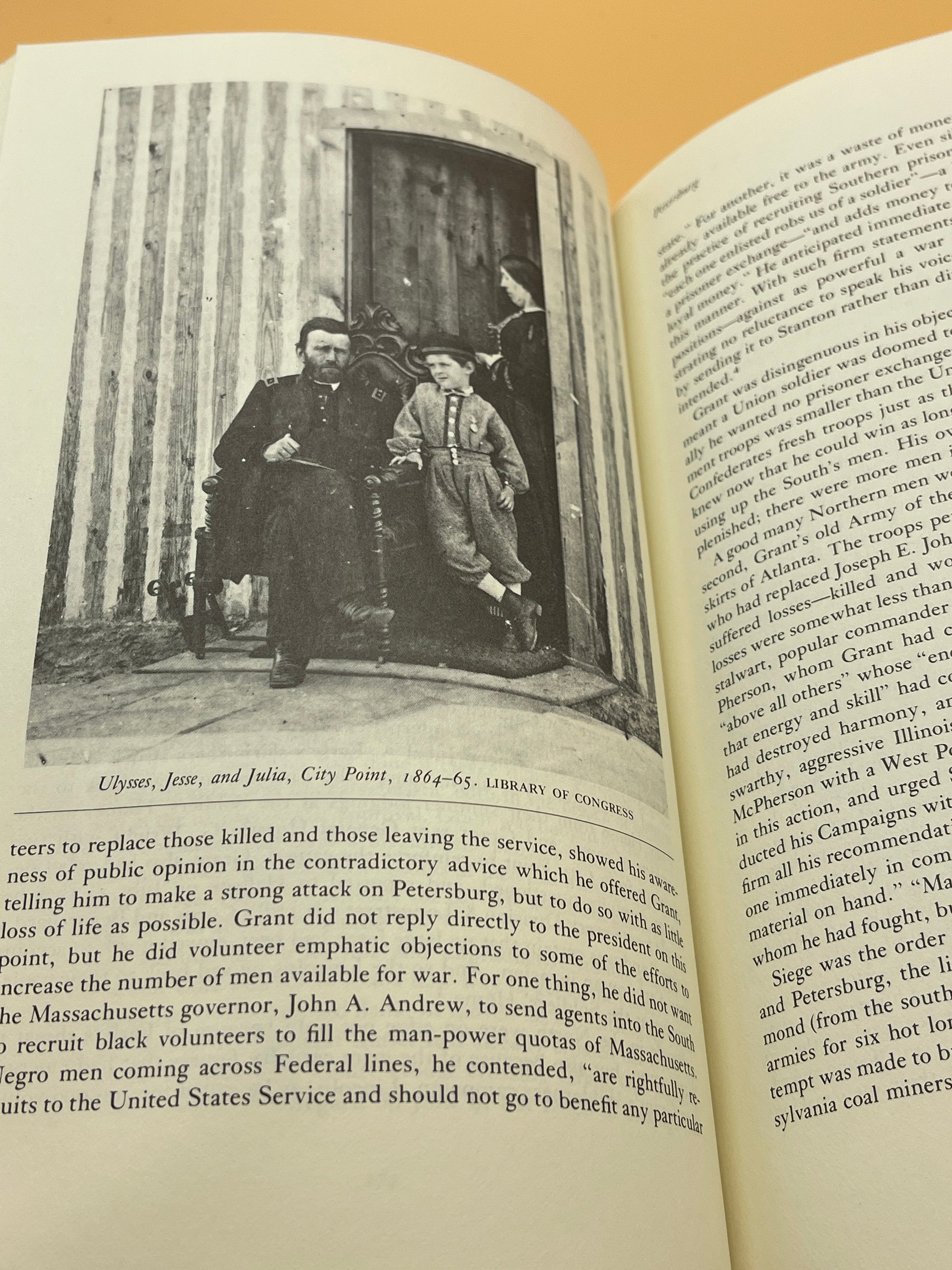 This is a very good used hardcover with dust jacket. 1984 W.W. Norton Publishing. This copy is very good, clean inside and out. The pages are still crisp, clean and free of markings. The binding is tight and straight. Black hardcover boards under jacket are almost like new. The dust jacket is clean and still mostly shiny with only light shelf wear at edges and corners.

This is a bio of a mid 19th century Ohio boy who could not hold a job but became the nation's commanding general and later its president. Ulysses Grant had gone to West Point largely because his father despaired of making a successful businessman of him. He came alive in the Mexican War but later slipped into depression and drinking. But the Civil War changed everything. His strategy - to out-kill and out-last the enemy prevailed. Later, his state-craft was less successful.
This book grasps Grant's personality in a way that explains and resolves the many enigmas of his life. The author gives us the real Grant - an ordinary and extraordinary man.