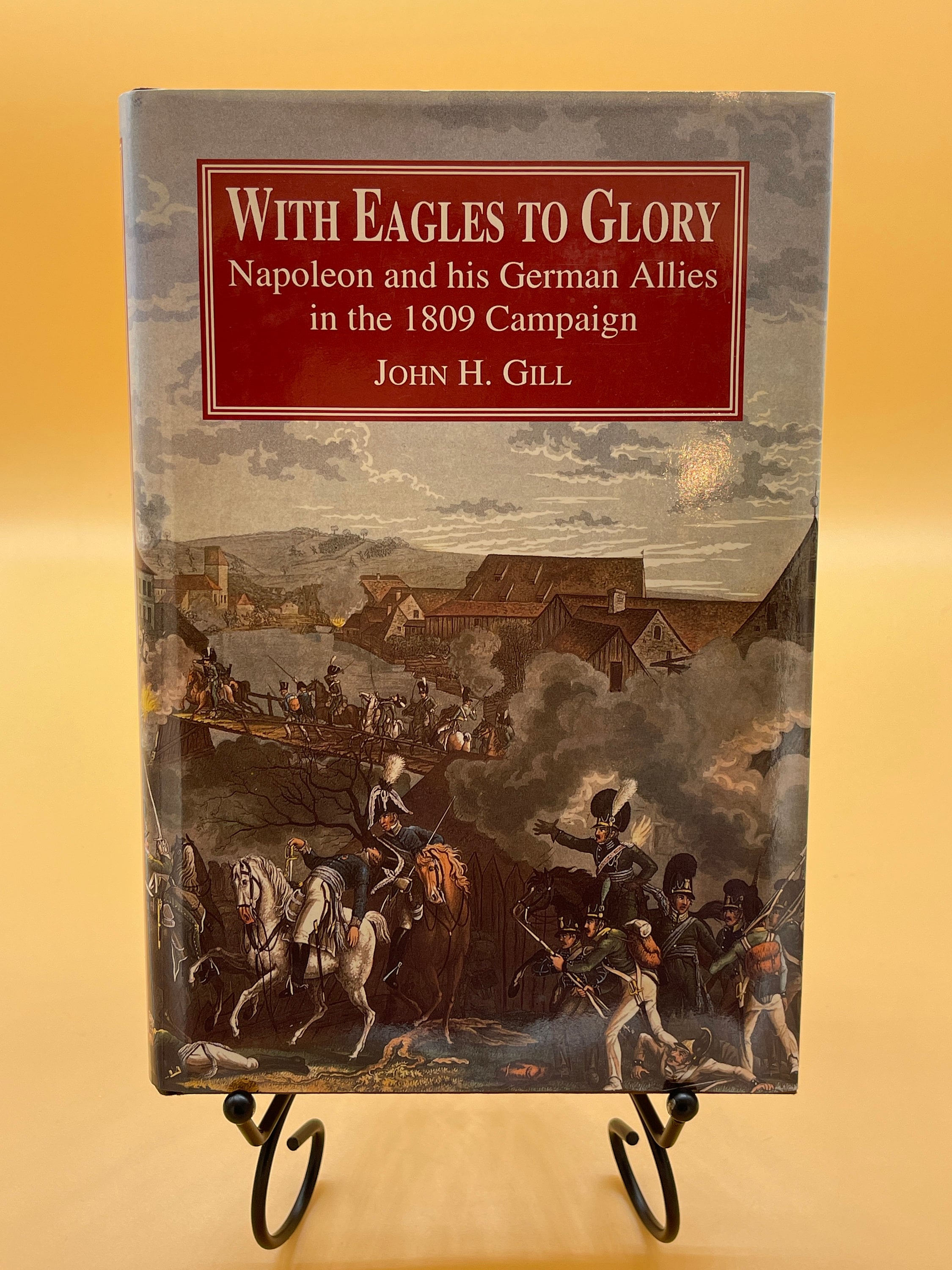 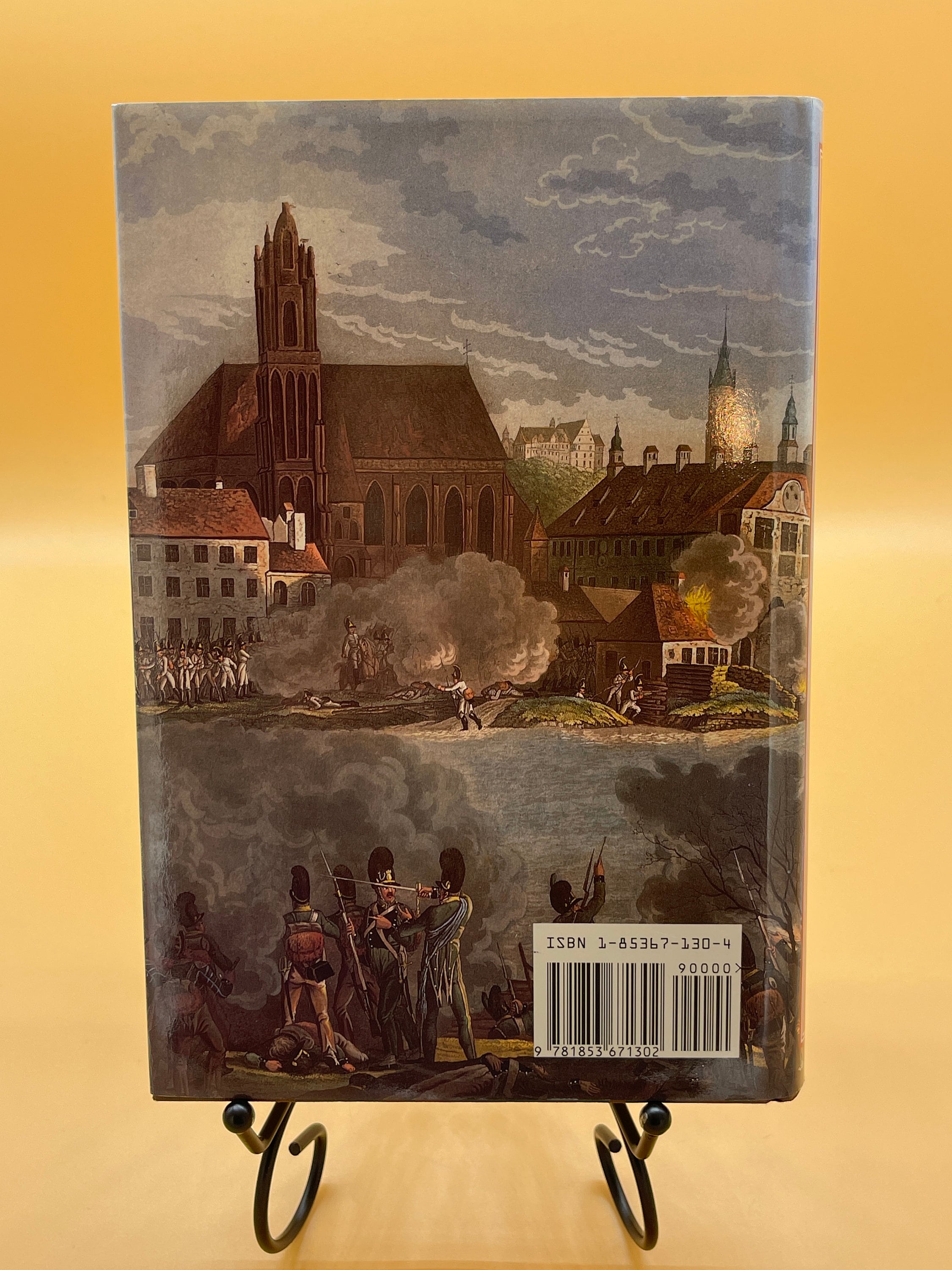 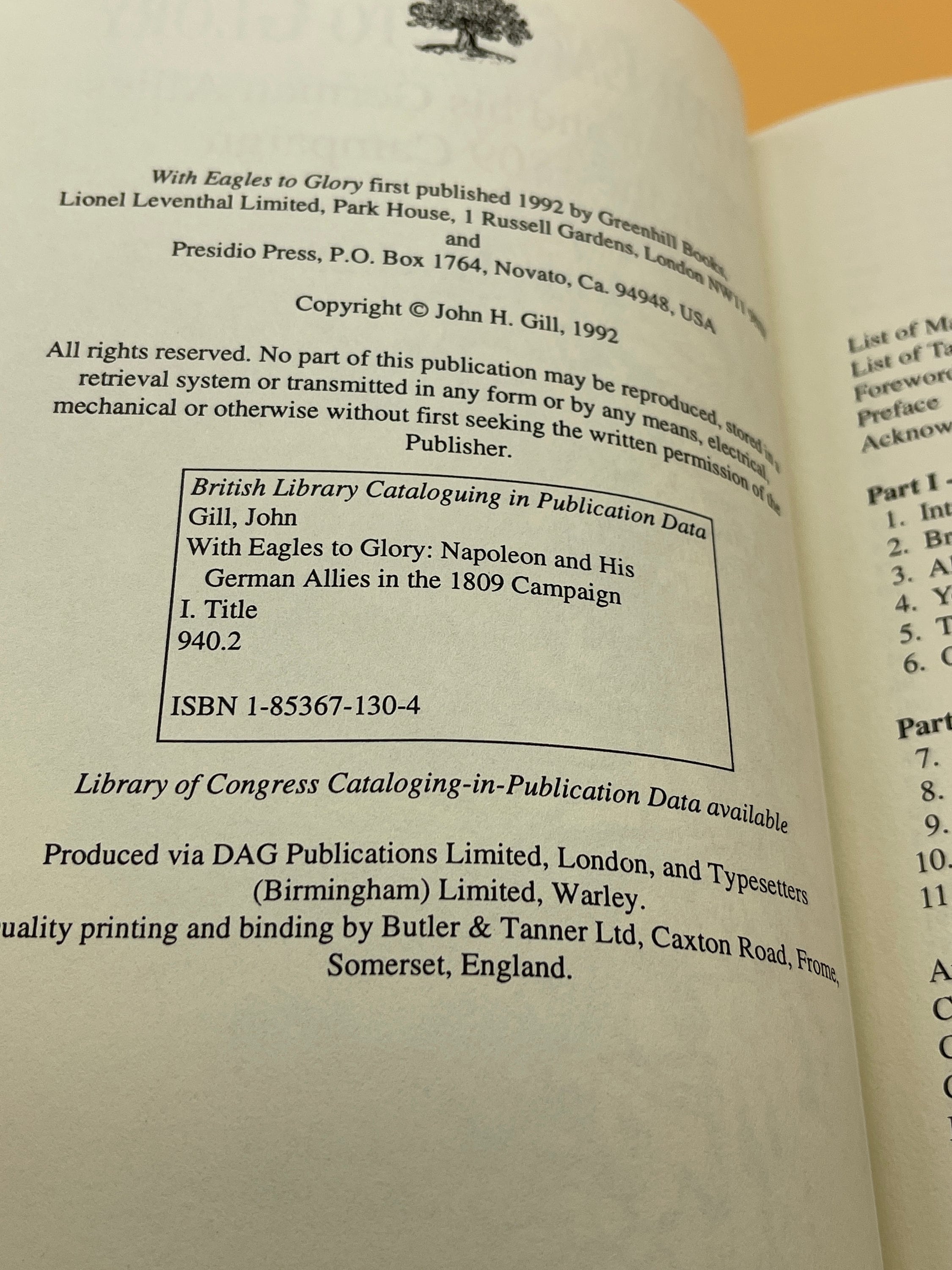 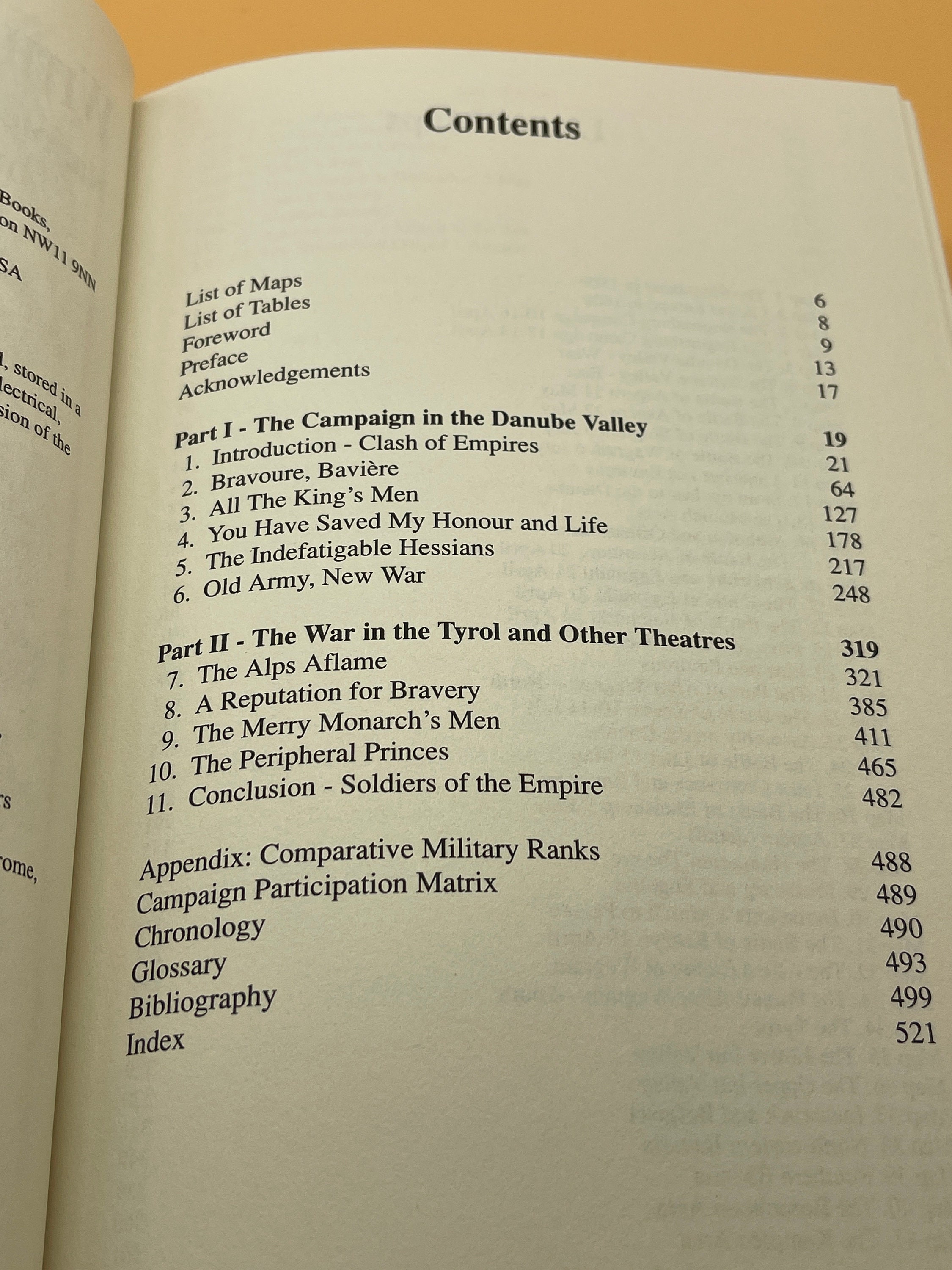 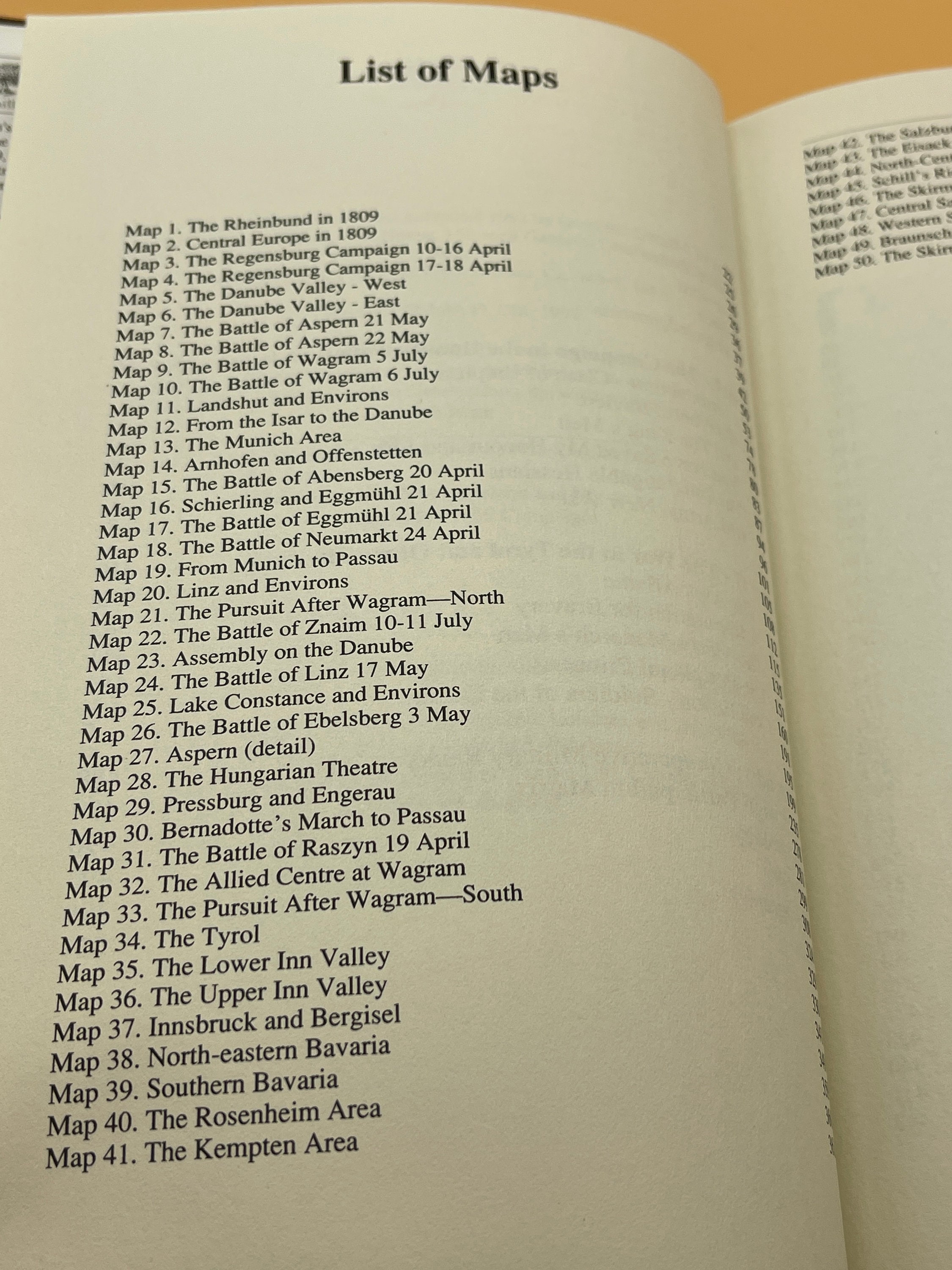 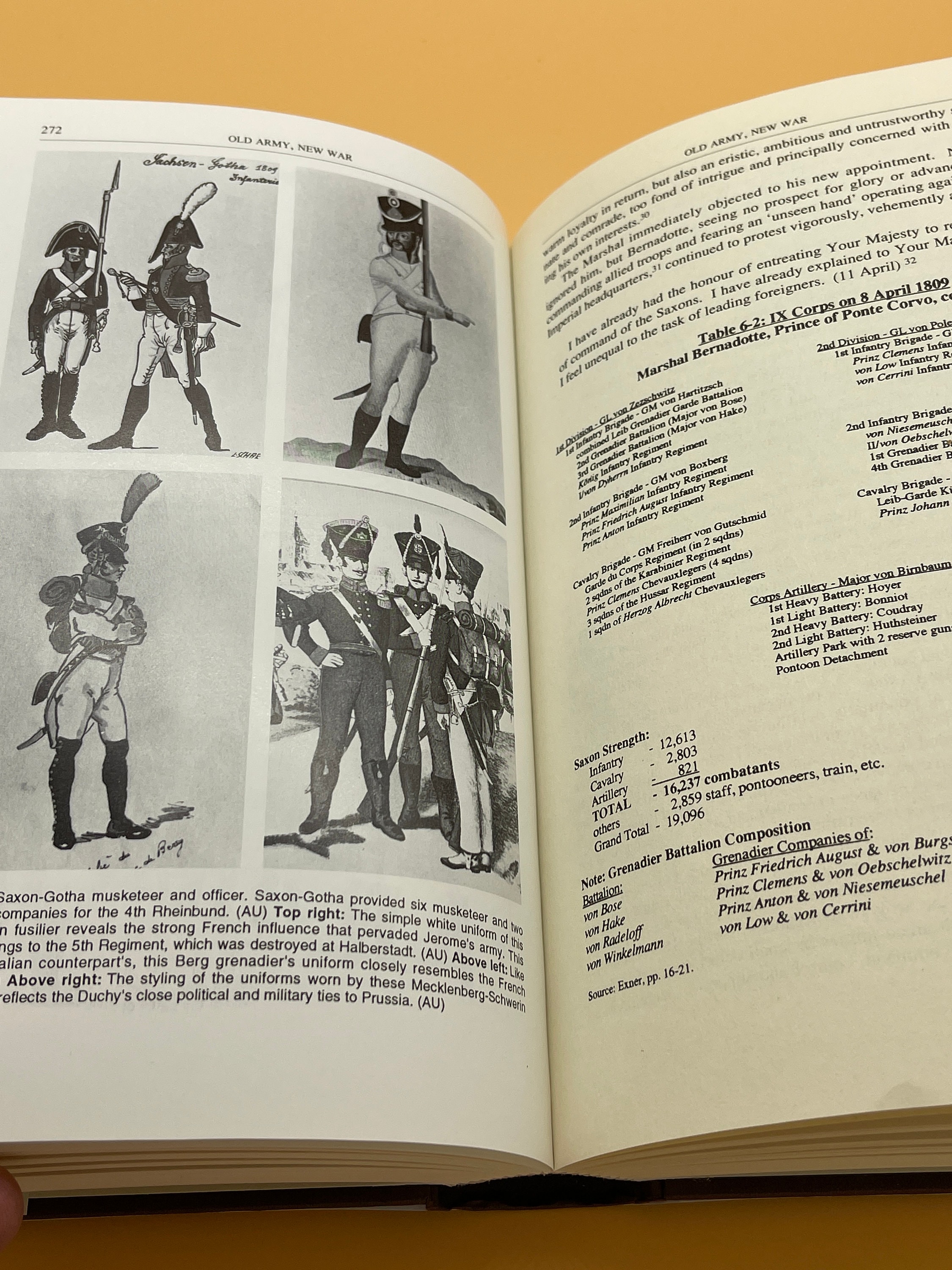 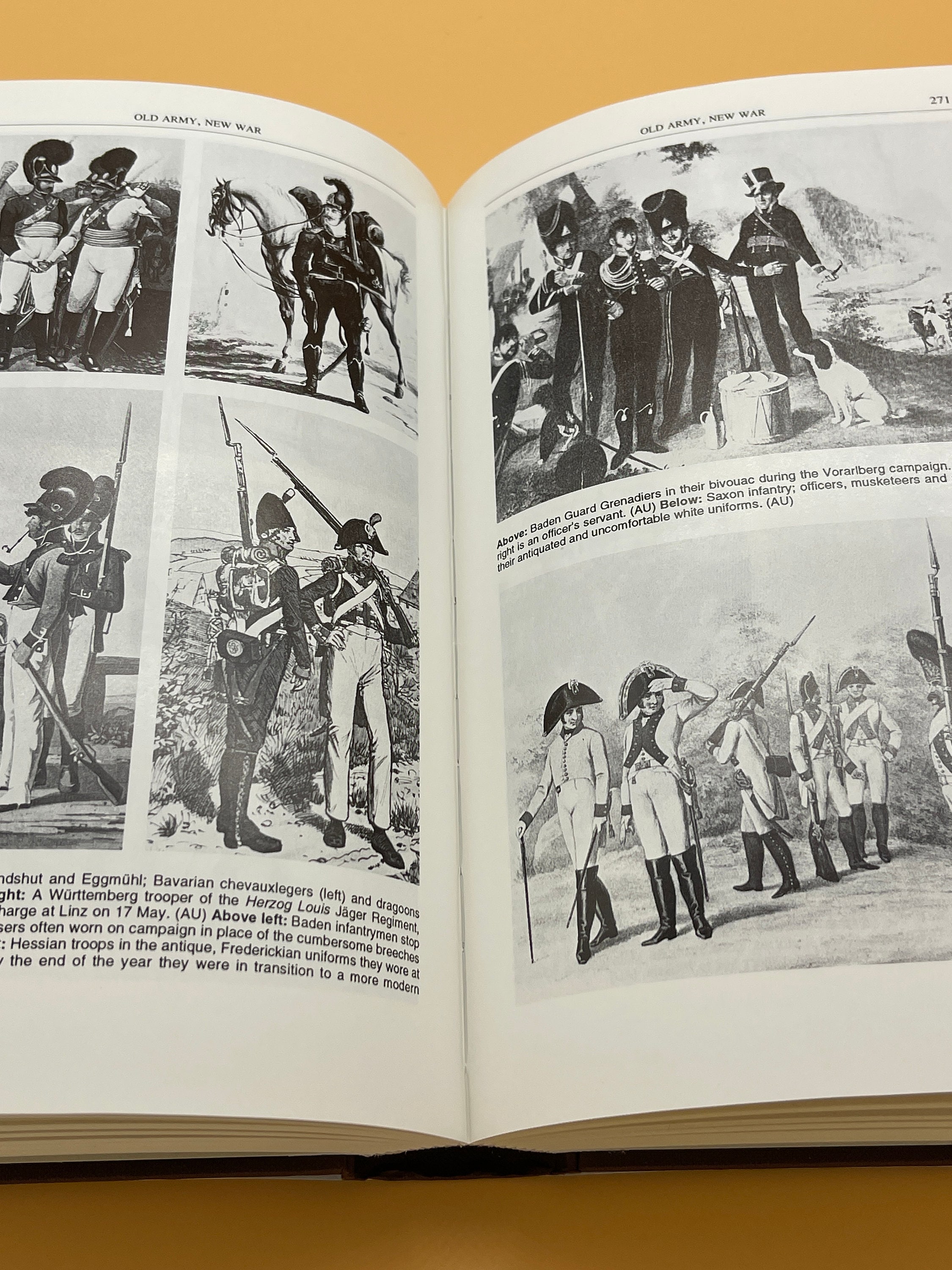 With Eagles to Glory Napoleon and his German Allies in the 1809 Campaign by John H. Gill

This is a like new hardcover with dust jacket. 1992 Greenhill Books. This copy is crisp and clean inside and out. The pages are crisp, clean and free of markings. The binding is tight and straight. Brown hardcover boards under jacket are like new. The dust jacket is clean and shiny with only a hint of shelf wear from display. 534 pages including index. Over 50 maps and lavishly illustrated with maps, drawings and photos.

When Napolean's Grand Arméewent to war against the might of the Habsburg empire in 1809, its forces included over 100,000 allied German troops. From his earliest imperial campaigns, German troops provided by the Confederation of the Rhine played a role as Napoleon swept from victory to victory, but in 1809 their numbers and fighting abilities were crucial to the campaign. With Napolean's French troops depleted and debilitated after the long struggle in the Spanish War, the German troops for the first time played a major combat role in the centre of the battle line.
In this epic work, the author presents an unprecedented and comprehensive study of this year of glory for the German soldiers fighting for Napoleon. Well researched, detailed, and meticulous, this epic work provides insights into the military, political and social history of the German allies and is a standard of work on Napoleonic Wars.