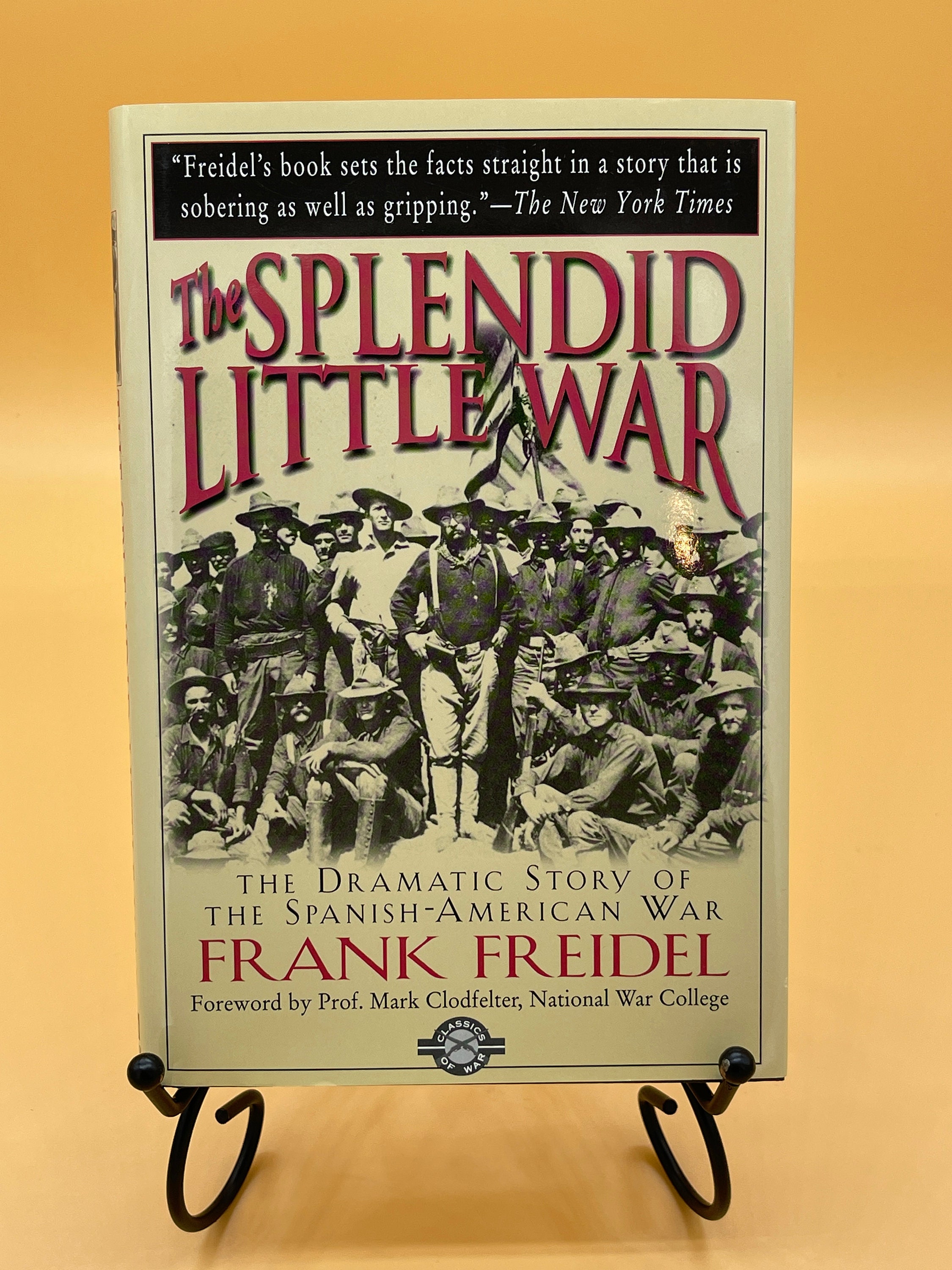 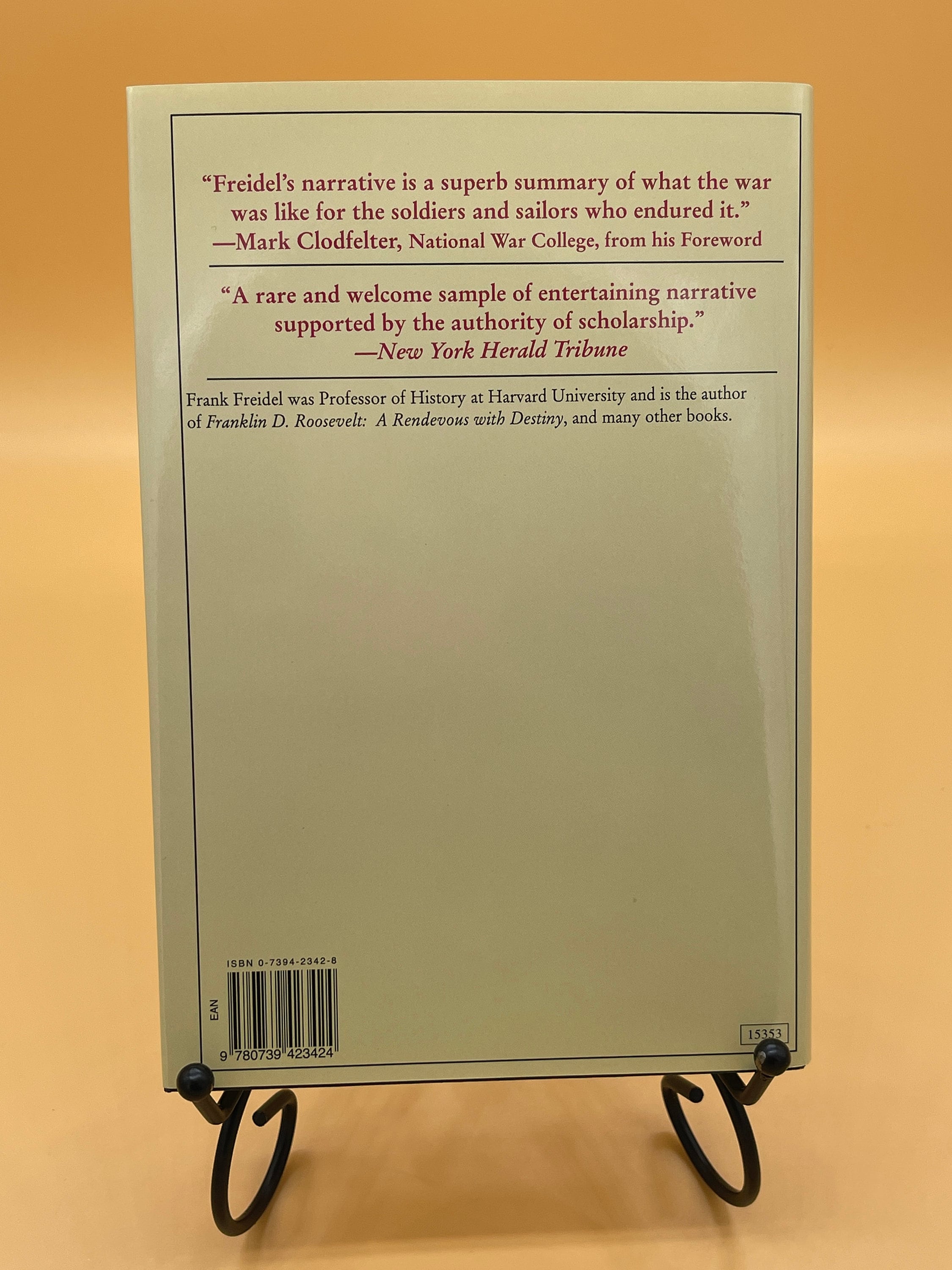 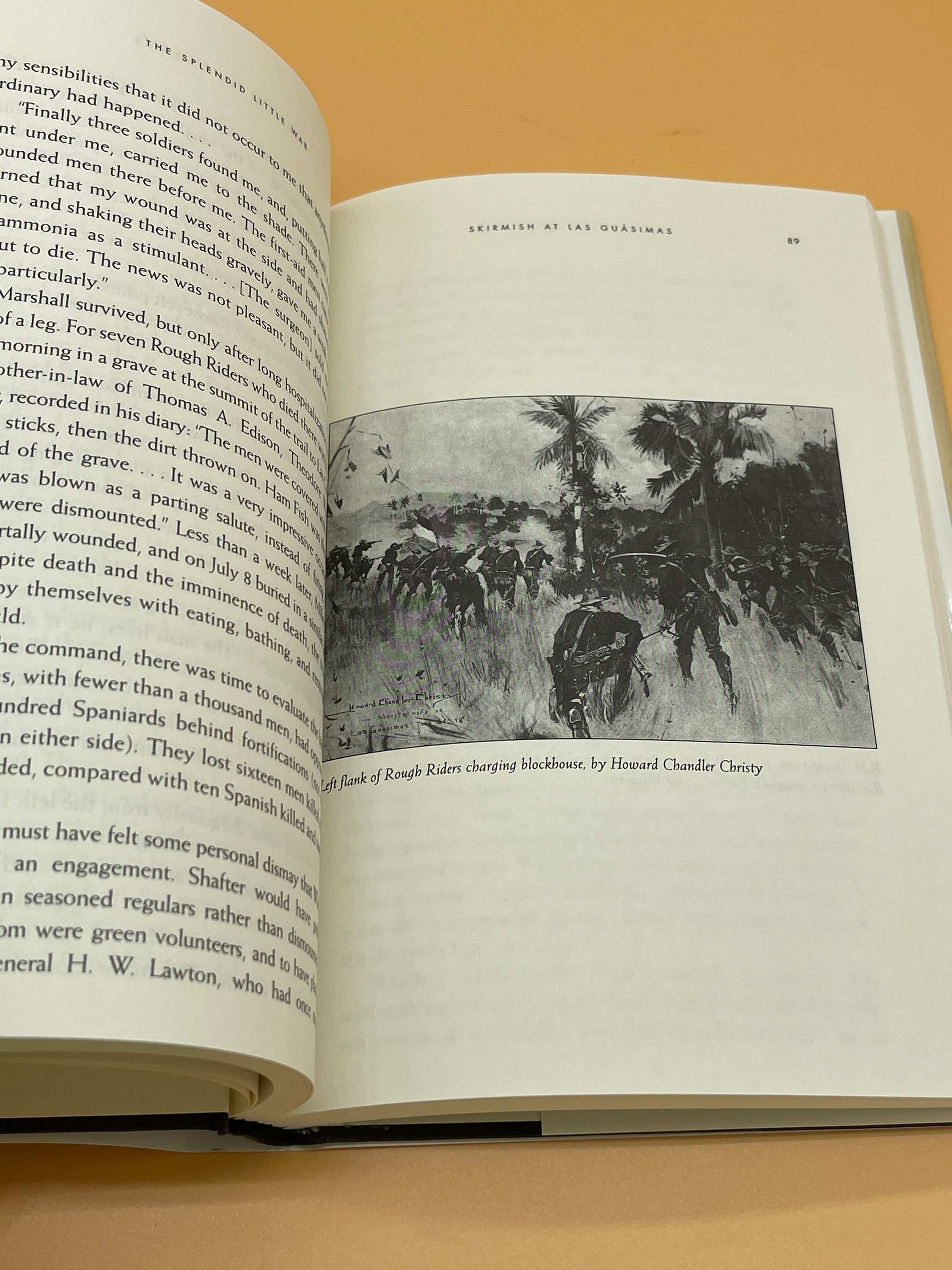 This is a like new hardcover with dust jacket. 2001 Burford Books. This copy is crisp and clean inside and out. The pages are crisp, clean and free of markings. The binding is tight and straight. Brown hardcover boards under jacket are like new. The dust jacket is clean and shiny with only a hint of shelf wear to back from display.

"It has been a splendid little war" wrote John Hay to Theodore Roosevelt after the fall of Santiago. Over in nearly 4 months, the Spanish-America War certainly was little - but splendid? Perhaps for those at home reading of the war which resembled a comic opera, with lucky victories and ironies. But for the men who fought during the hot and terrible summer, it was a bloody, dirty and heroic as any war in history.
This is their story, told in the words of those who fought and famous correspondences of the men who wrote about it including Teddy Roosevelt, the leader of the Rough Riders, Stephen Crane, author of The Red Badge of Courage who paraded in front of the Spanish daring them to shoot him, and Richard Harding David, the most famous war correspondent of his time. From the triumph over the Spanish fleet in Manila Bay to the incredible Battle of San Juan Hill this book speaks of them all and the war environment, which included malaria, typhoid fever, and the lack of food, and medicine.