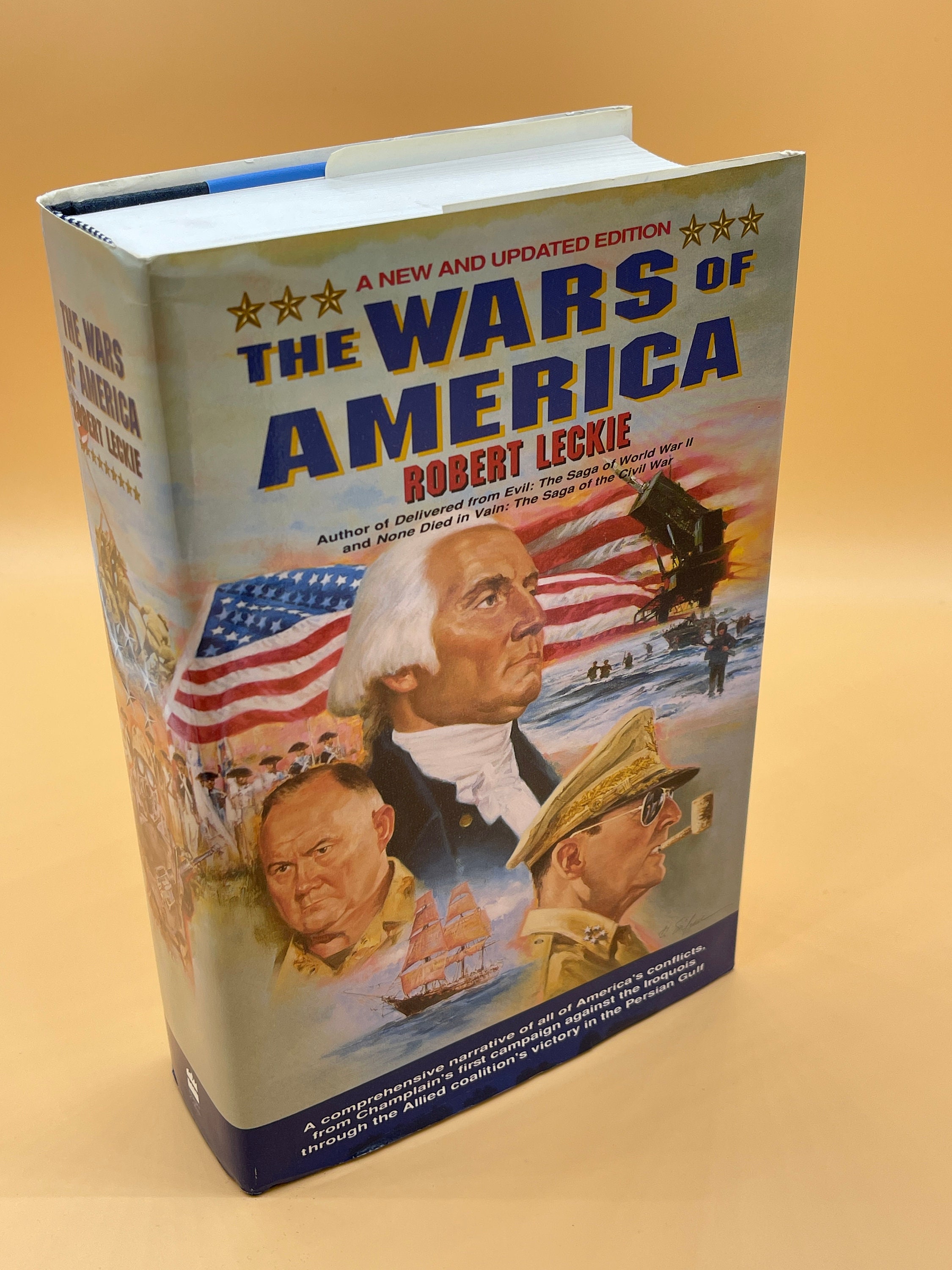 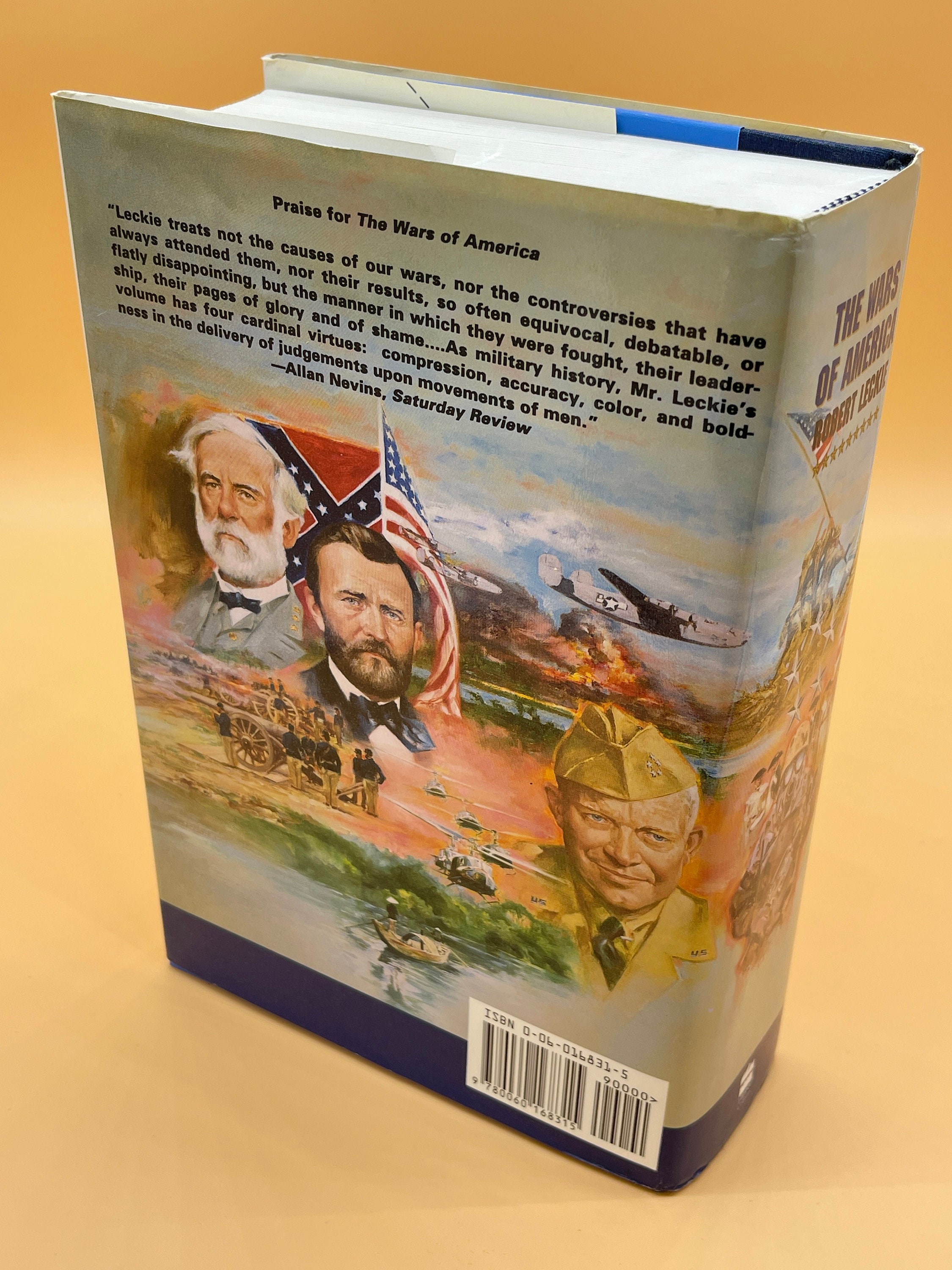 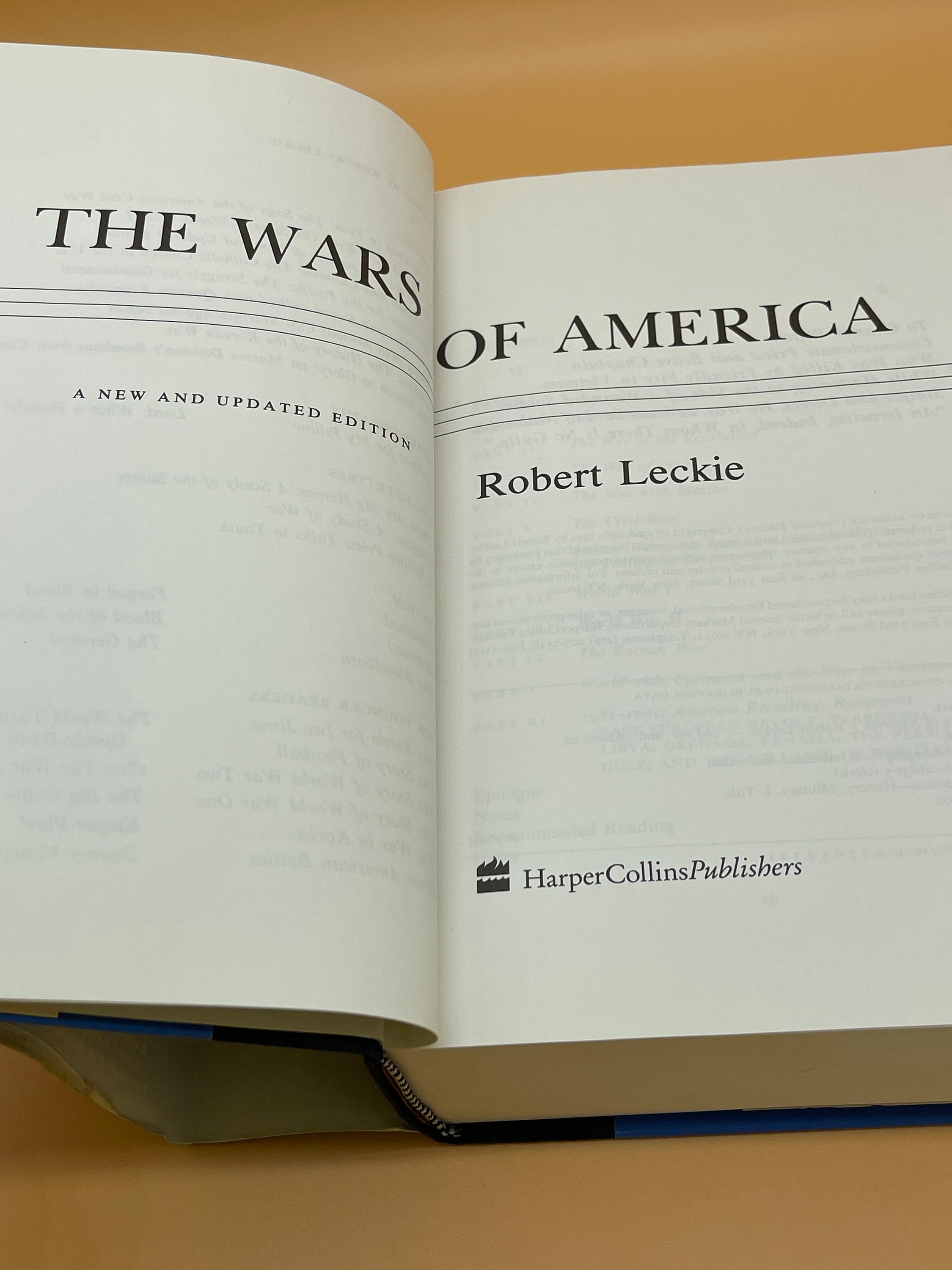 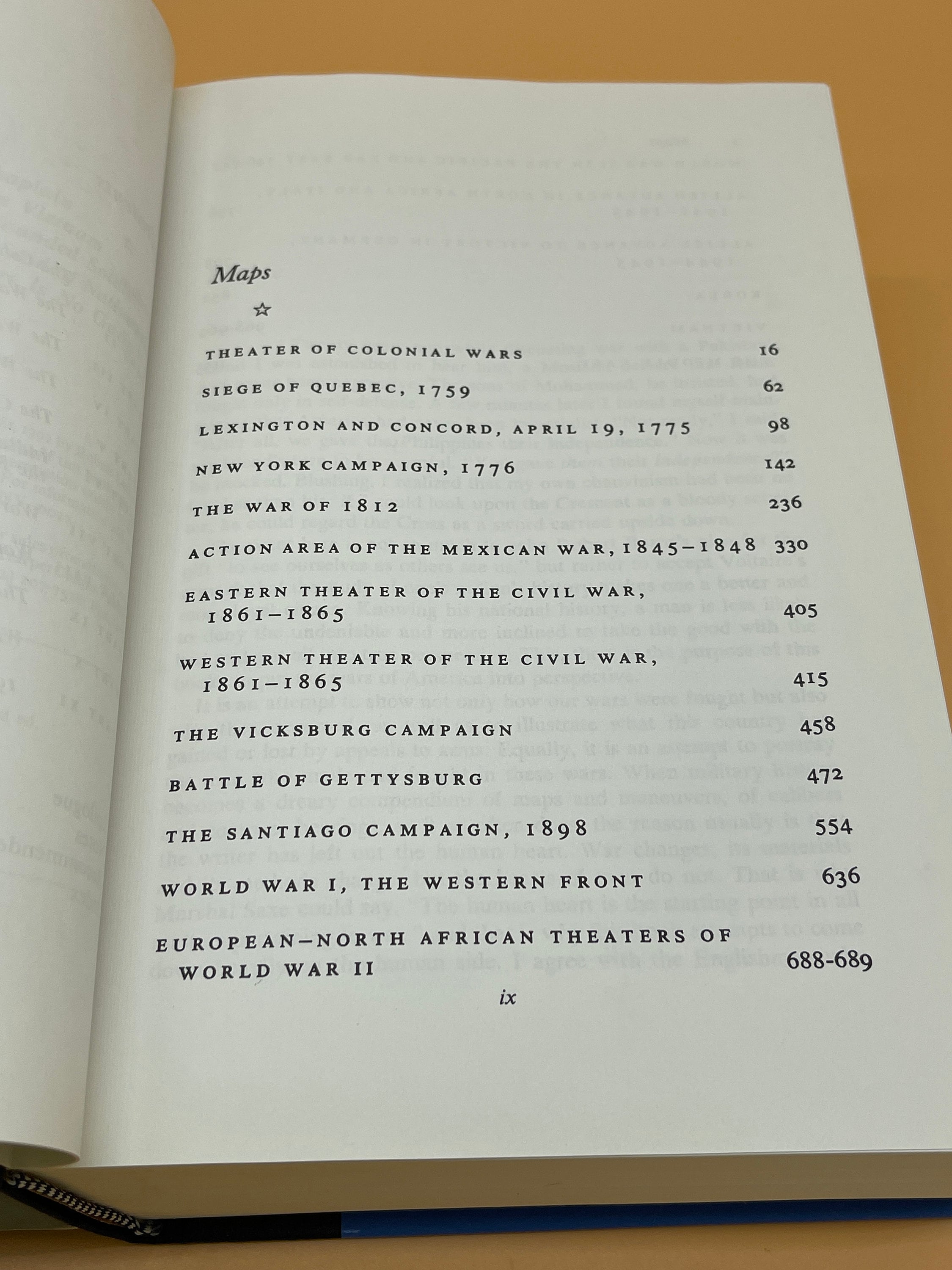 The Wars of America (New Updated Edition) by Robert Leckie

This is a like new hardcover with dust jacket. 1992 Harper Collins Publishing. New and update edition, originally published in 1968. This copy is crisp and clean inside and out. The pages are crisp, clean and free of markings. The binding is tight and straight. The dust jacket is clean and shiny with only a hint of shelf wear from display. The blue hardcover boards under jacket are like new.

The Wars of America is a dramatic and compelling narrative history by an outstanding military historian of America's armed conflicts and the political, cultural, and economic factors behind them since the earliest explorers and settlers arrived. First published in 1968, it was revised and updated to include the Vietnam War and subsequently updated to include all the events in Lebanon, Granada, Panama and the conflict in the Persian Gulf by United Nations forces under the command of Gen. Norman Schwarzkopf. A final chapter analyzes the self-destruction of the European communist world in the summer and fall of 1991. The Colonial Wars, Revolutionary War, War of 1812, Civil War, Indian Wars, both World Wars, Korean War, Vietnam and more make up the history of this large 1200 page book. Nearly 20 maps add context to the narrative.