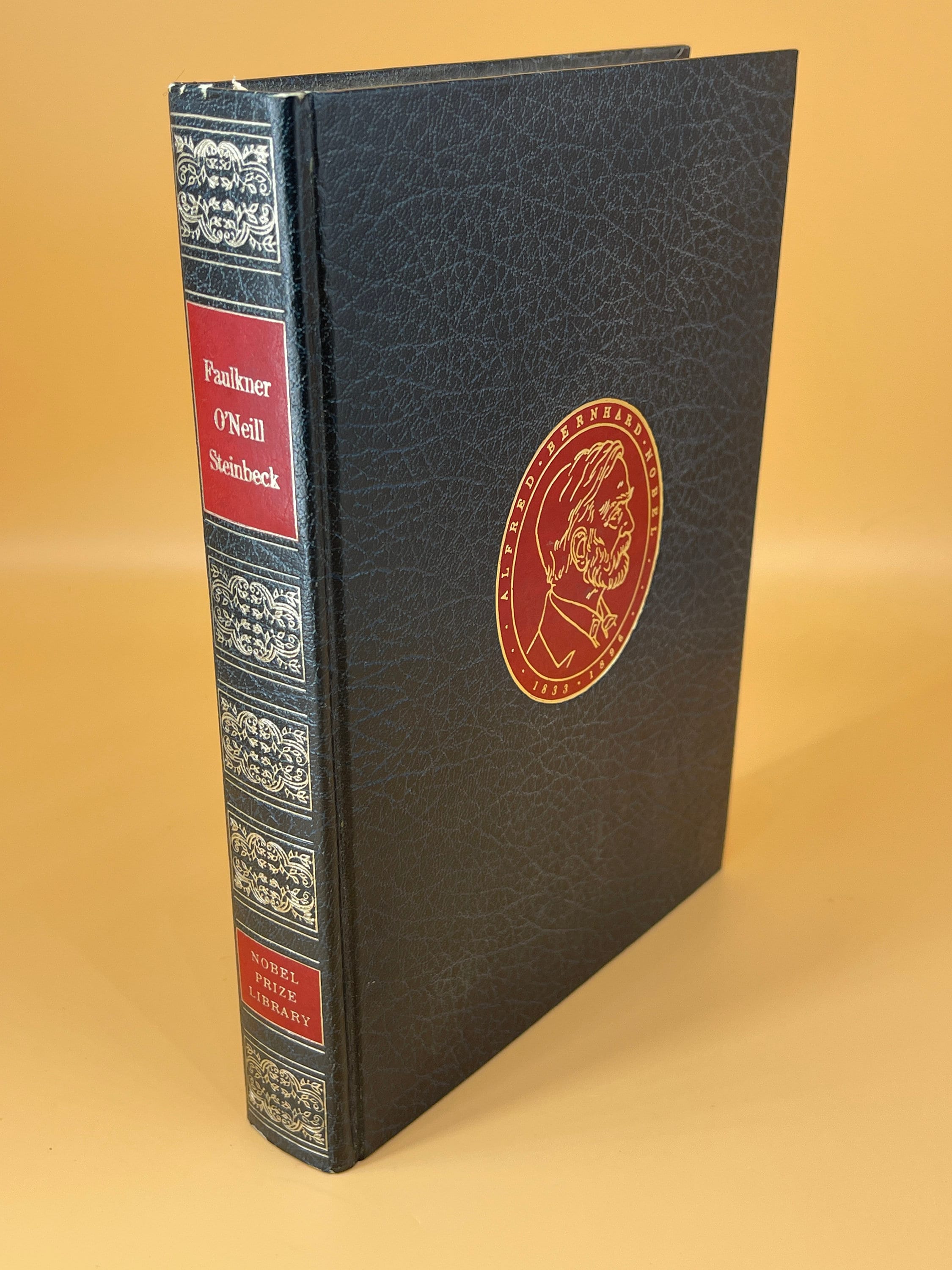 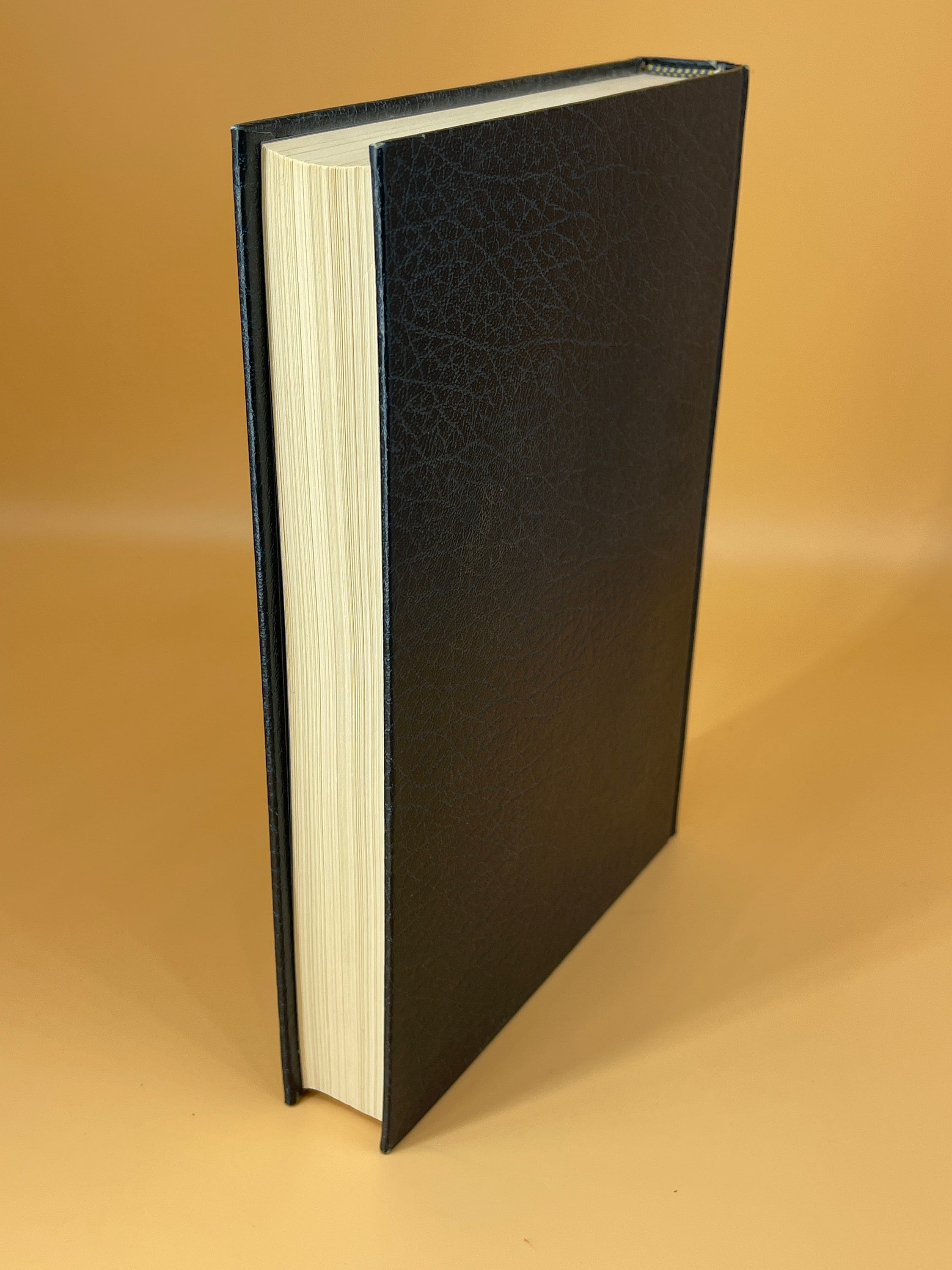 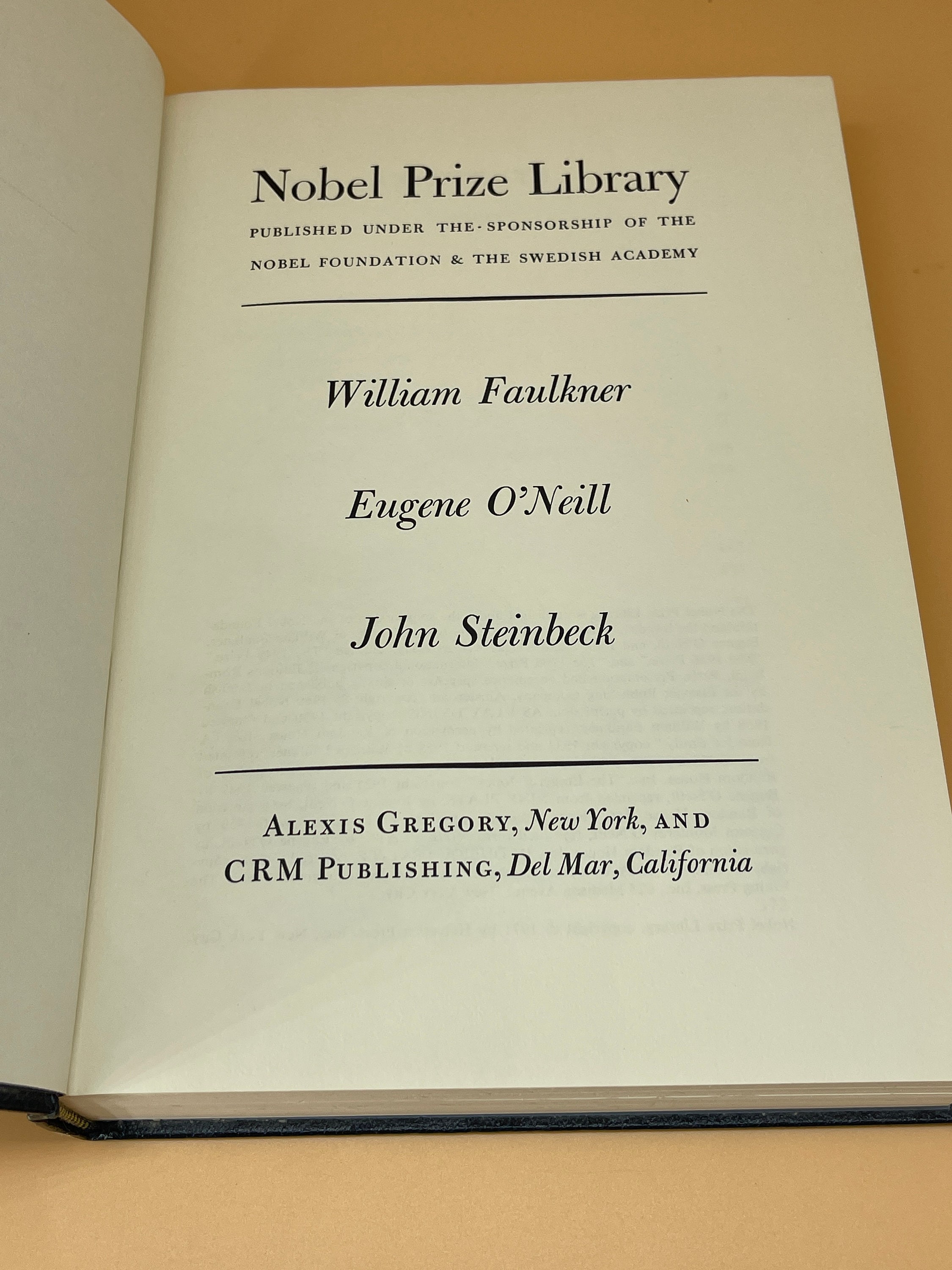 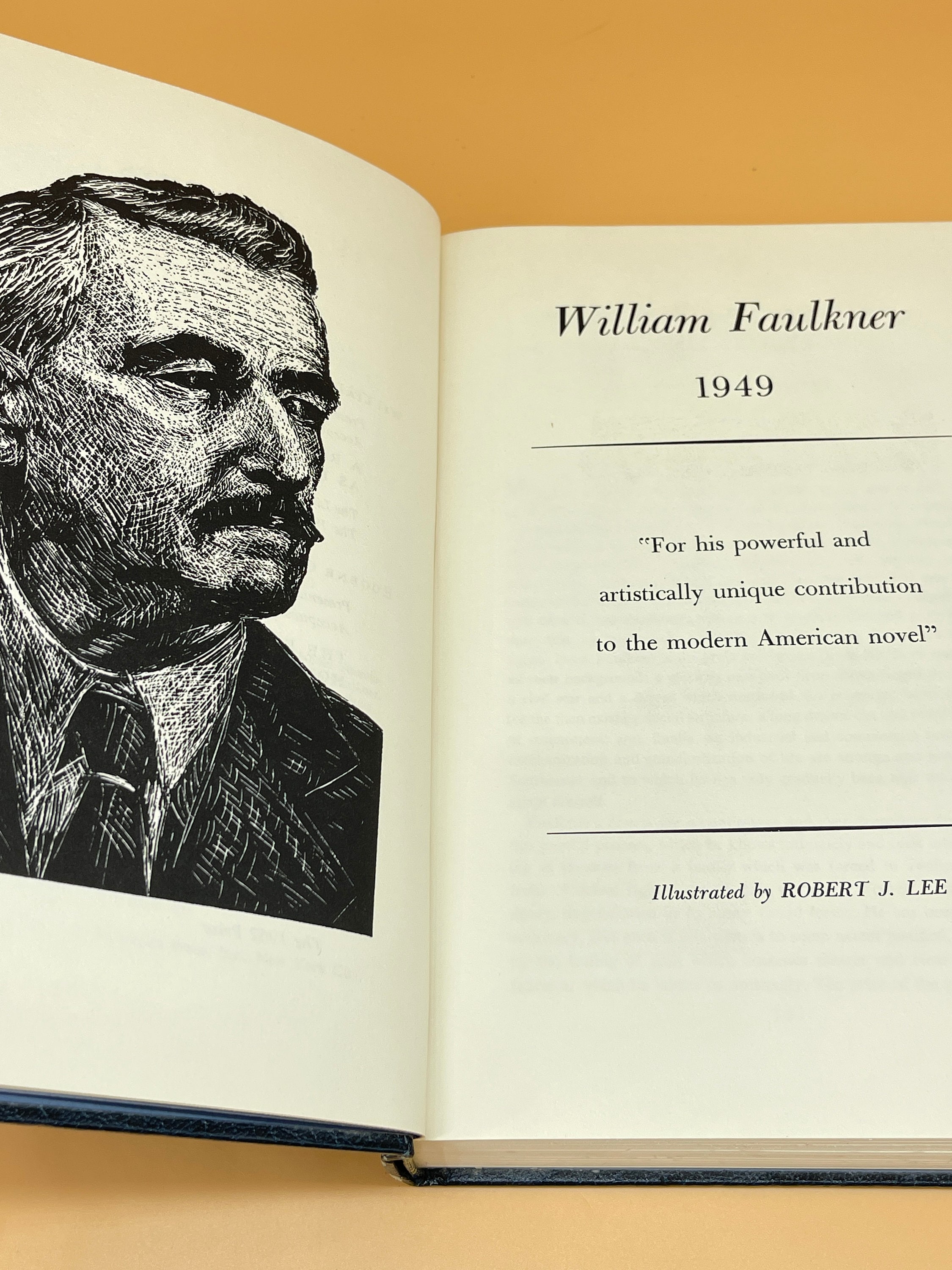 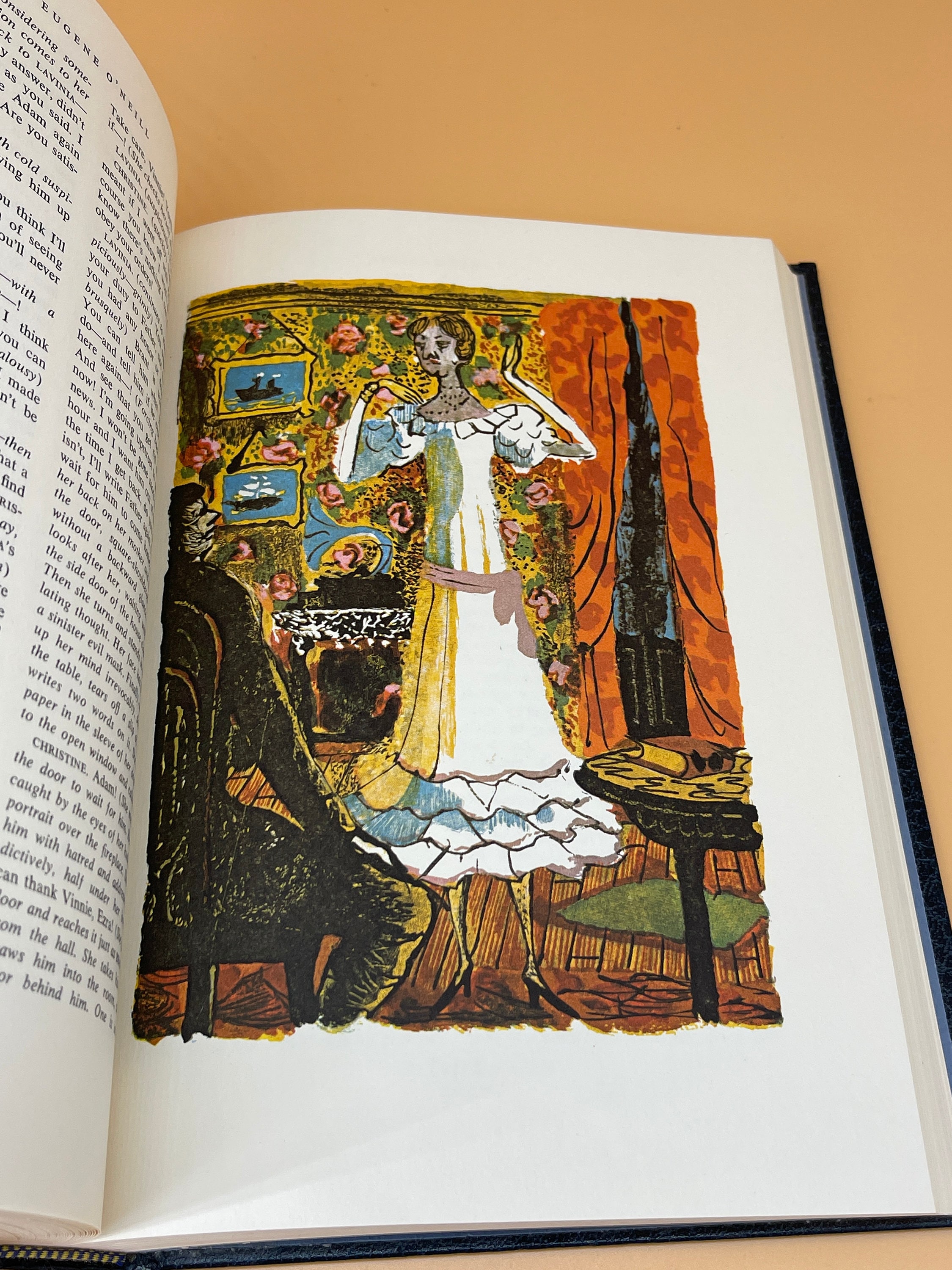 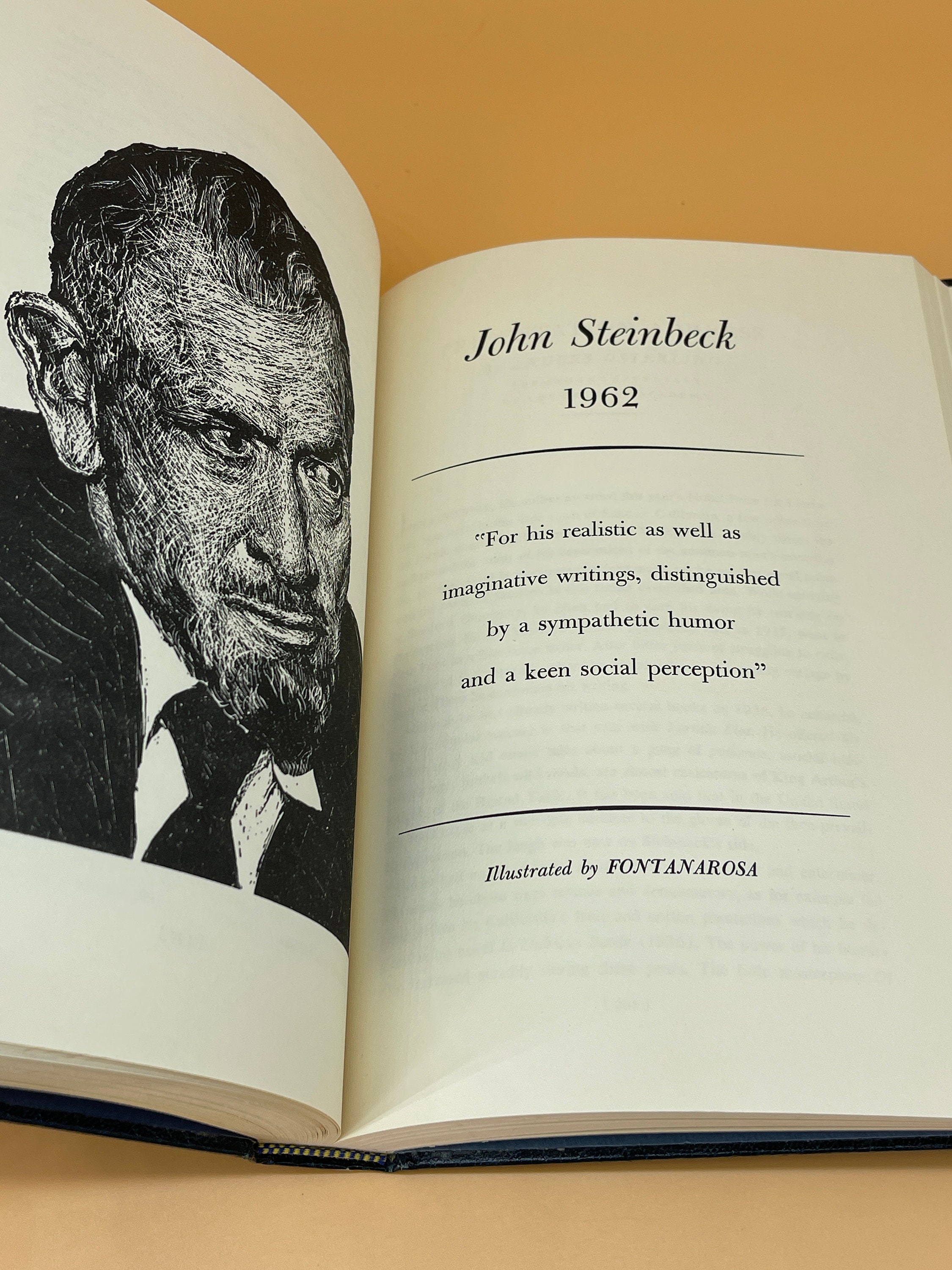 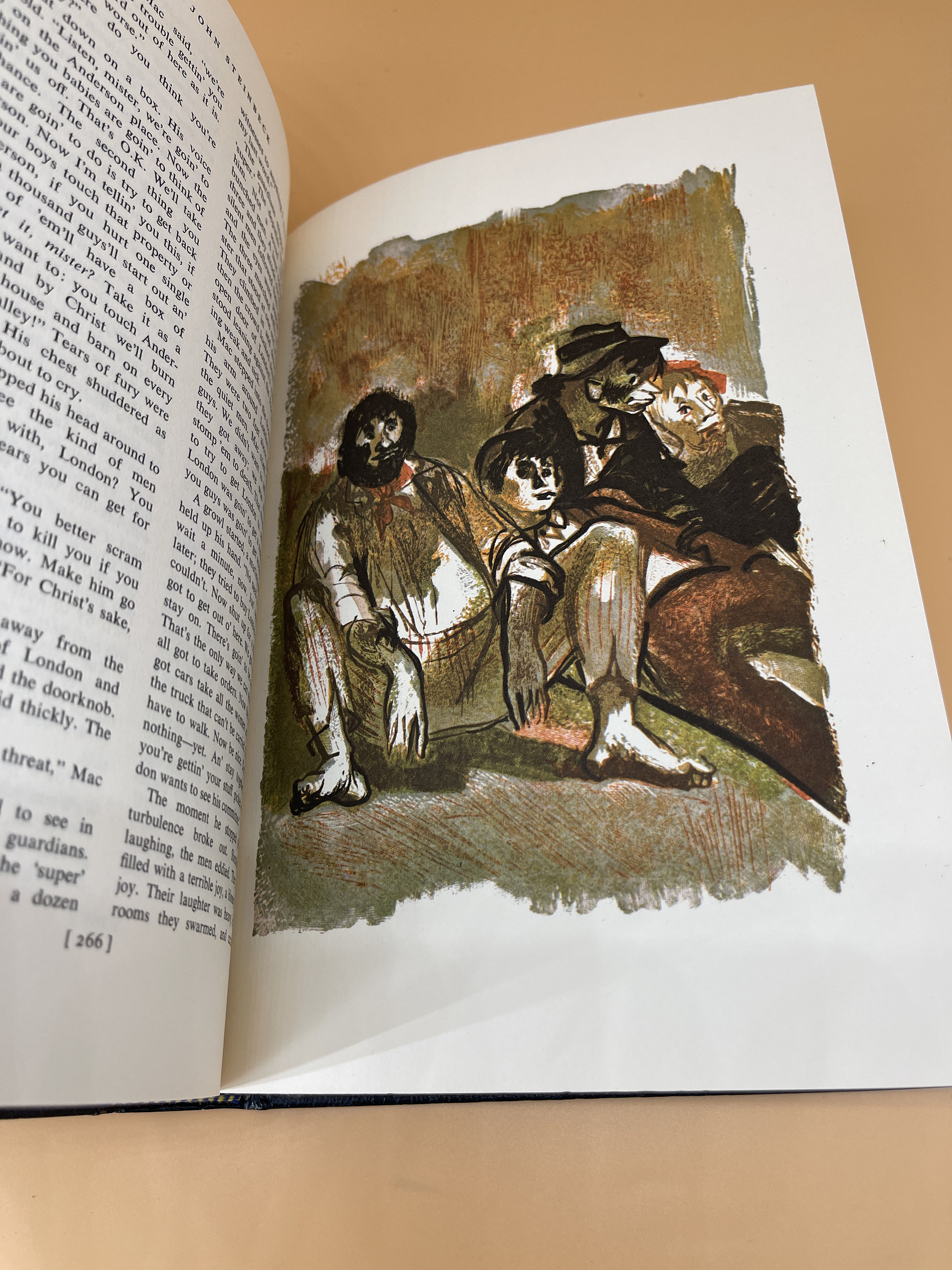 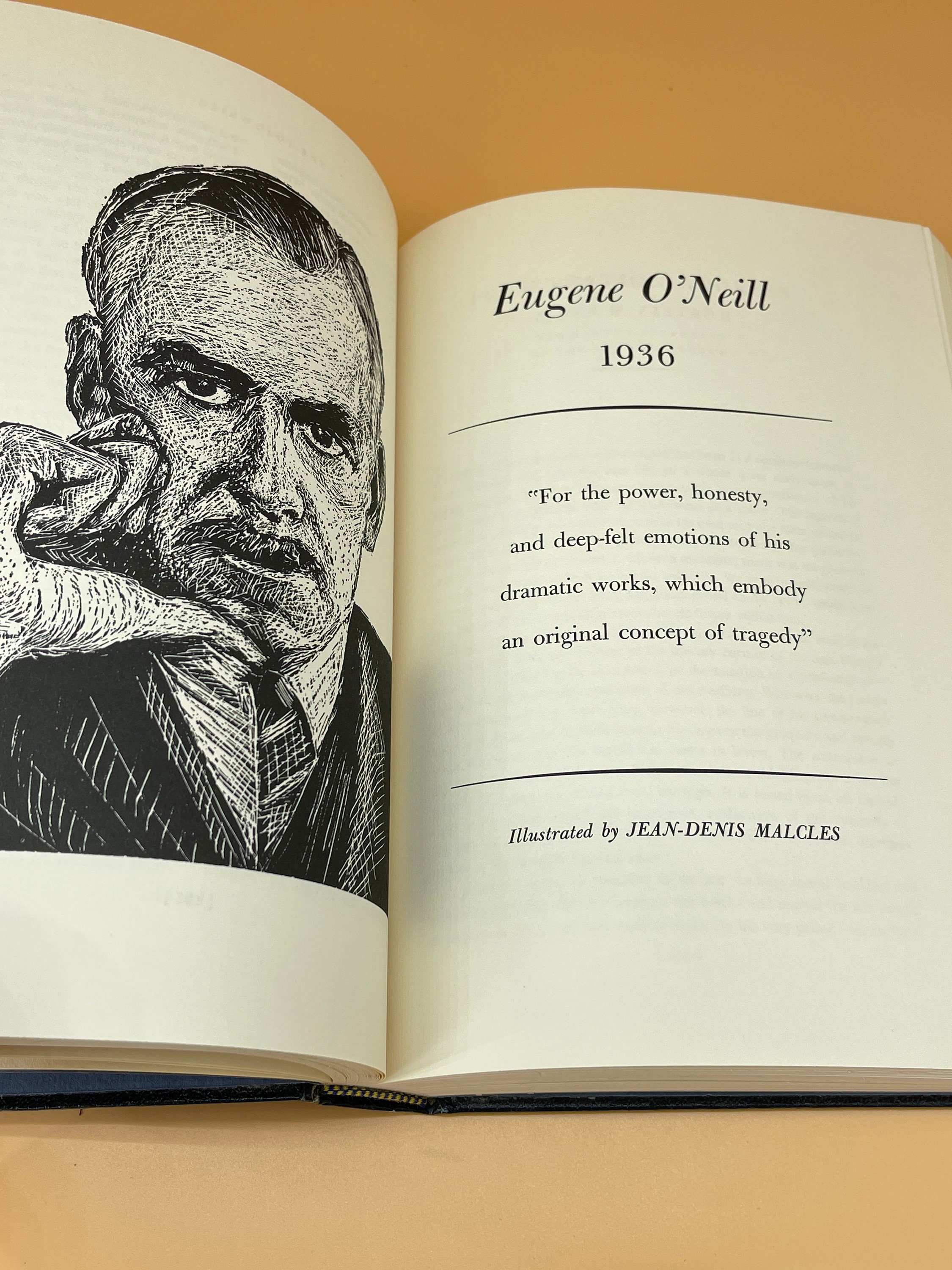 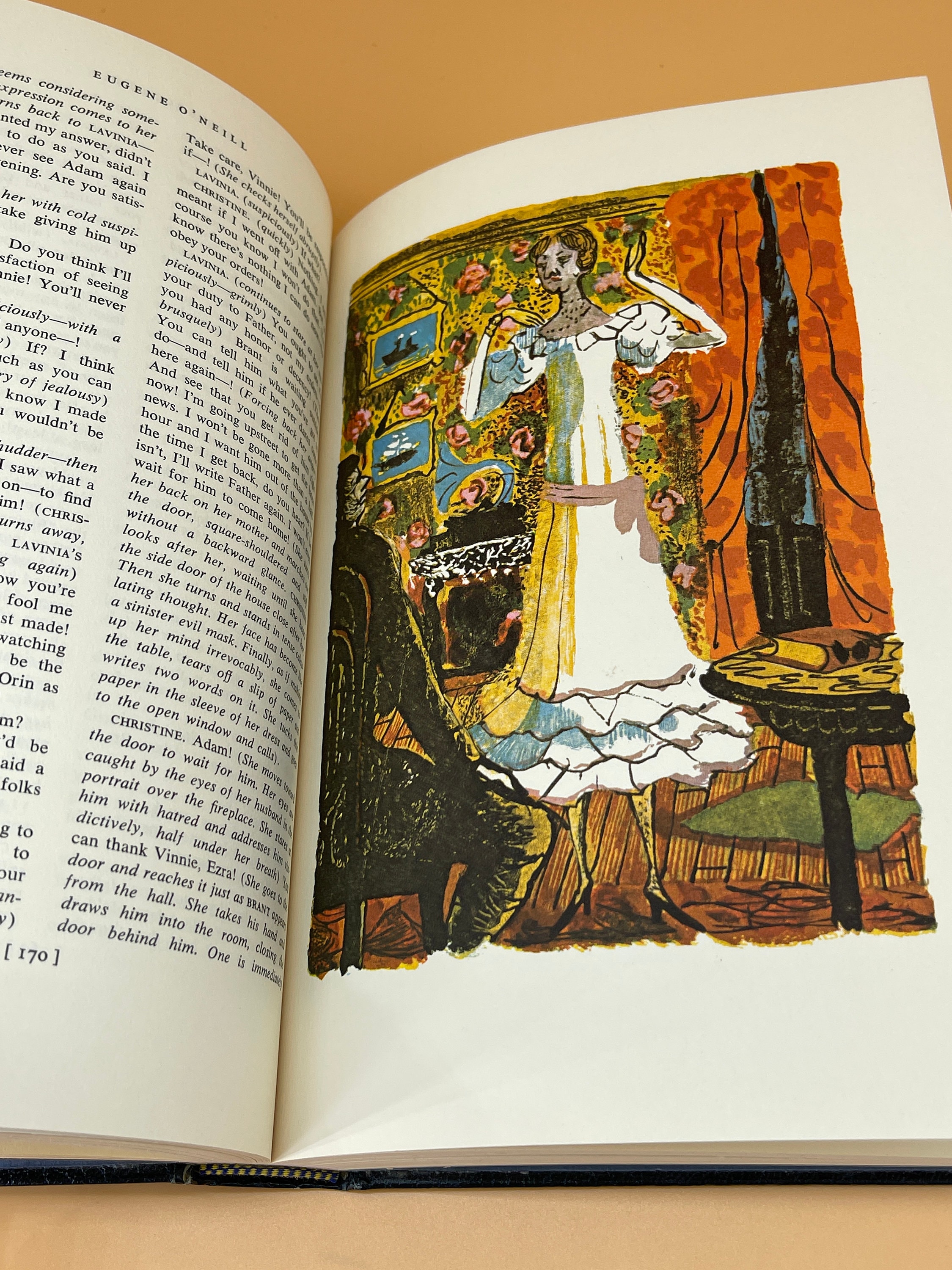 This is a fine, like new hardcover. 1971 Nobel Prize Library. This copy is crisp and clean inside and out. Pages are crisp, clean and free of markings. The binding is tight and straight like new. The hardcover boards are bound in dark blue mimicking a leather look with embossed Alfred Bernard Nobel seal.

The Nobel Prize Library books were published under the sponsorship of the Nobel Foundation and The Swedish Academy. They highlight works of literary prize winners. This copy is dedicated to William Faulkner, Eugene O'Neill and John Steinbeck. Essays on the life and work of Faulkner, O'Neill and Steinbeck as well as essays entitled "The 1949 Prize", "The 1936 Prize", and "The 1962 Prize" are included. Each authors acceptance speech in also included. The prize winning work of each highlights the essays and acceptance speeches.
William Faulkner works in the edition are A Rose for Emily and As I Lay Dying. Eugene O'Neill's works are The Emperor Jones and Homecoming. John Steinbeck's work is In Dubious Battle.

Each has accompanying illustrations by Robert J. Lee, Jean-Denis Malcles, and Fontanarosa.