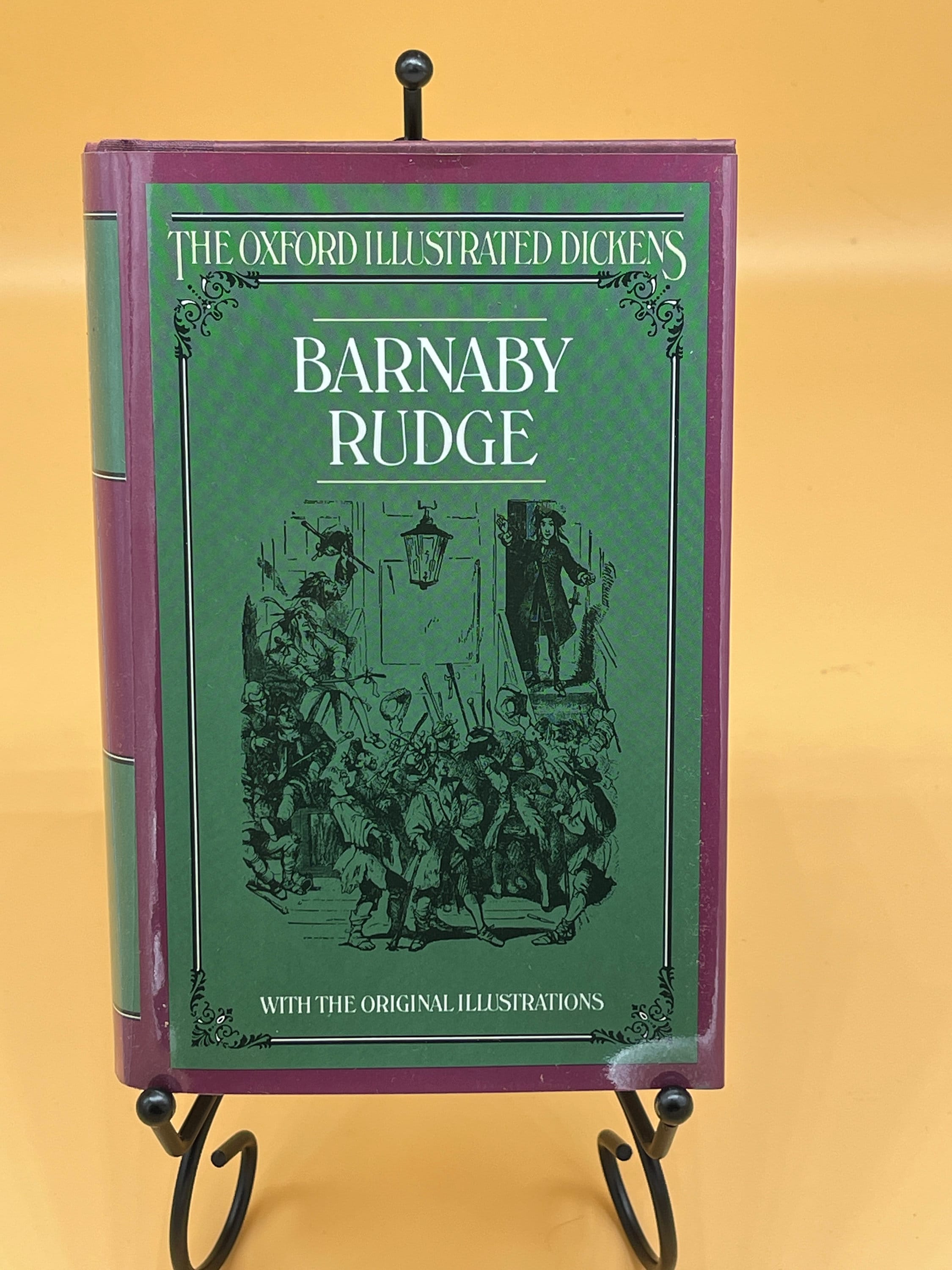 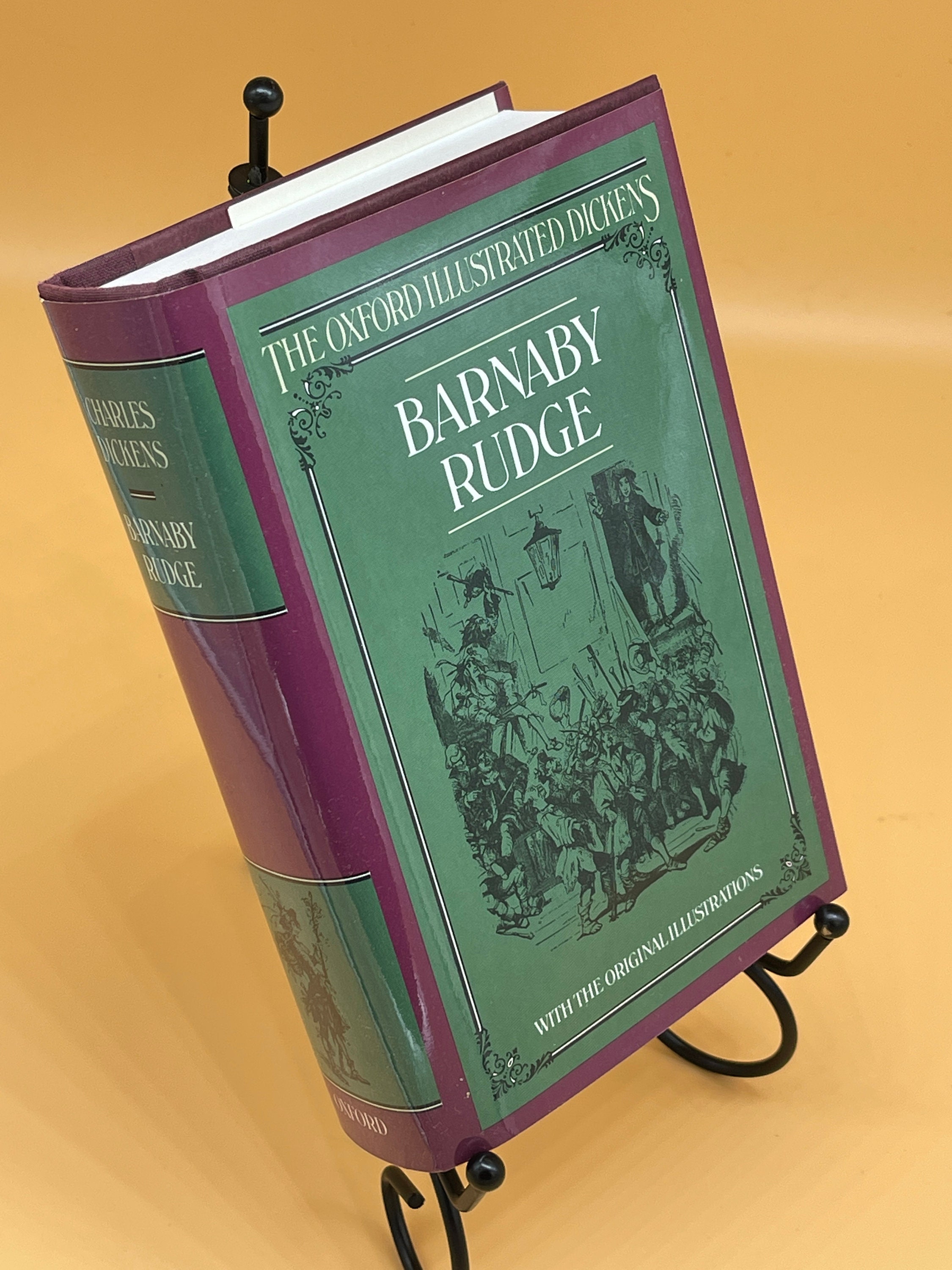 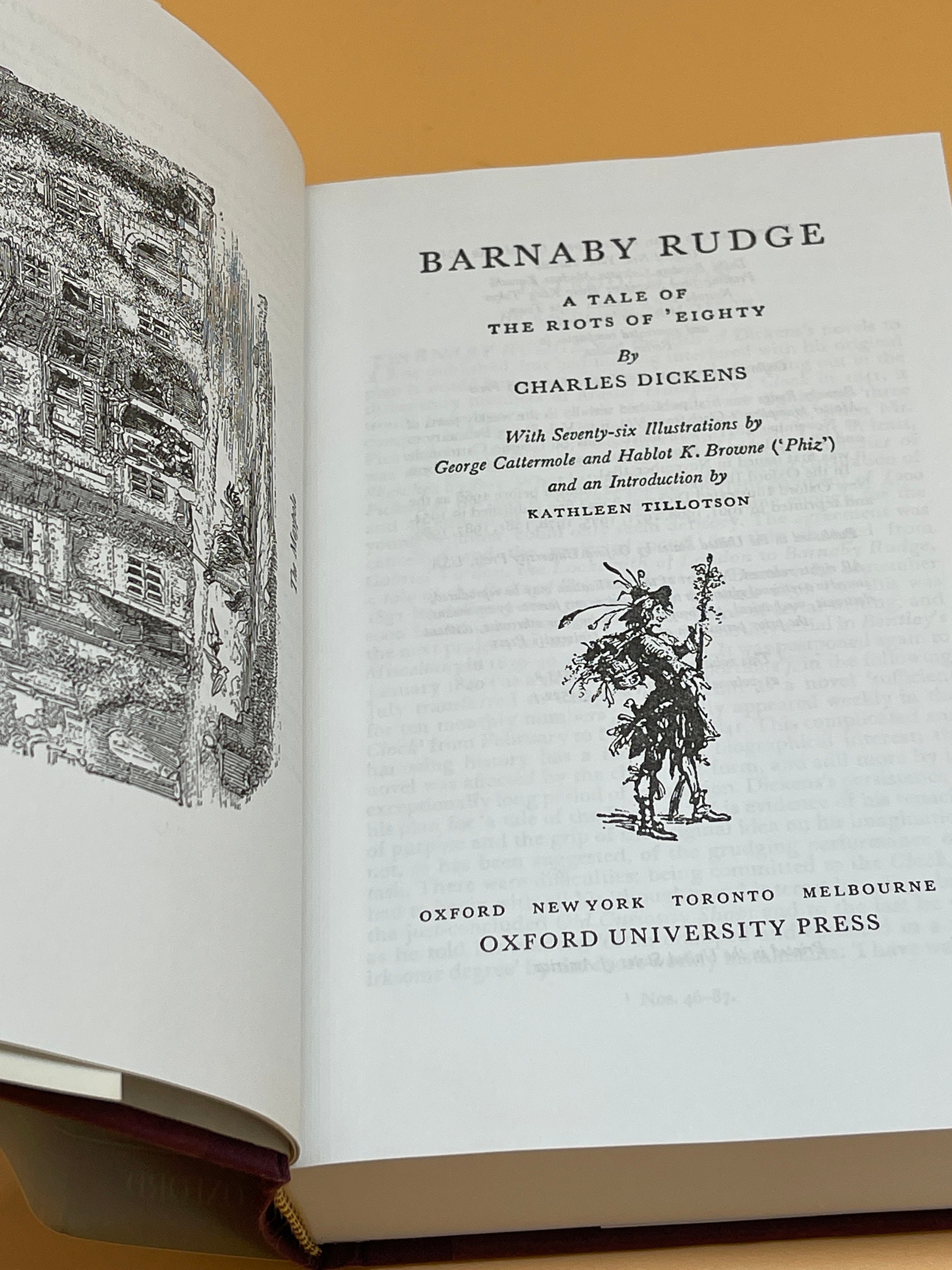 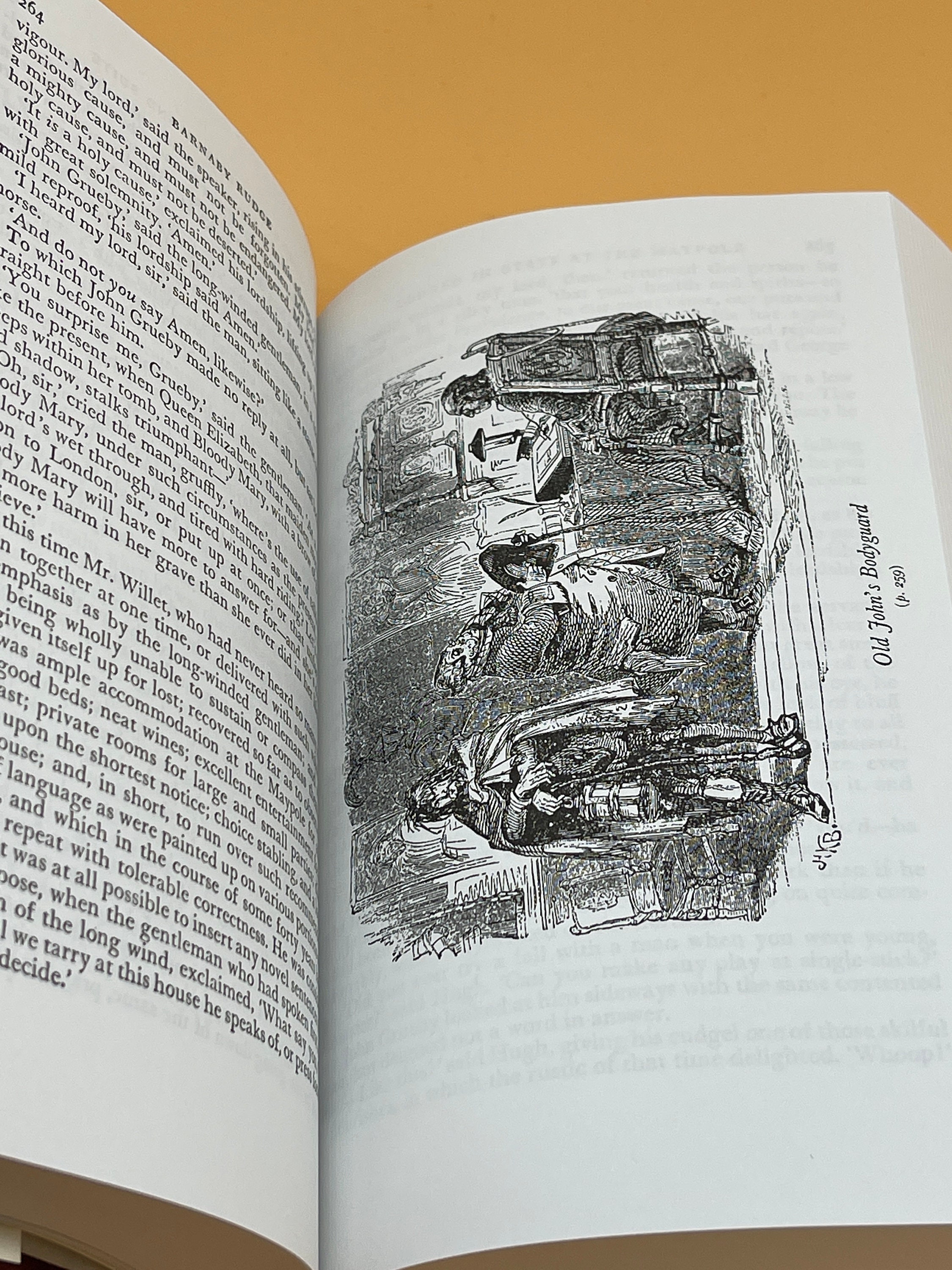 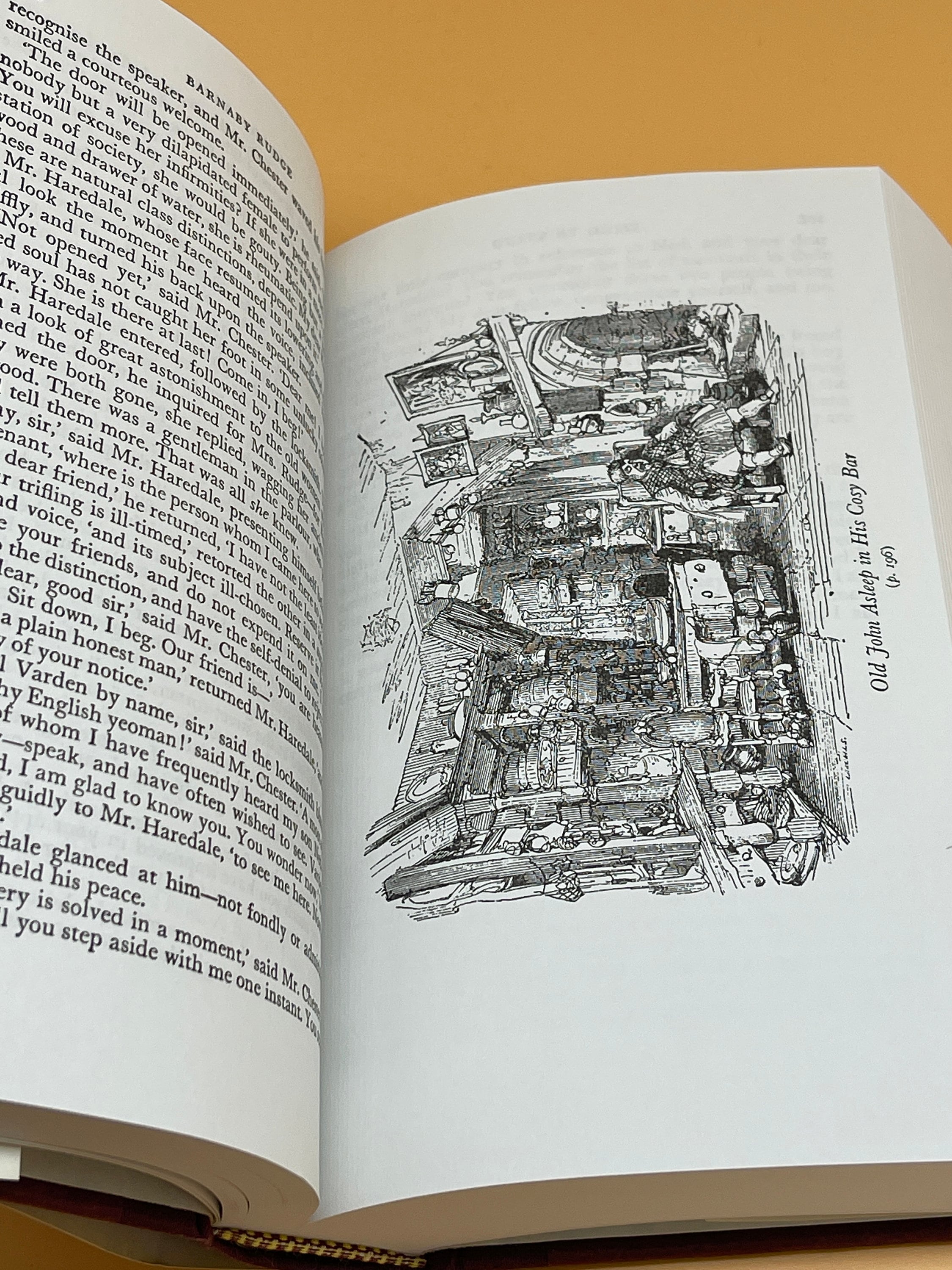 This is an as new hardcover with dust jacket. 1989 Oxford University Press. This copy is crisp and clean inside and out. Pages are crisp, clean and free of markings. Binding tight and straight. Maroon hardcover boards under jacket are as new.

Set at the time of the Gordon anti-Catholic riots of 1780, Barnaby Rudge is Dickens powerful novel of madness, murder and mob violence. It is also a tale of thwarted love and heroism.